A Voice for All: Manchester Pride Conference 2020 Goes Online

The free conference is the charity’s day long event for companies, professionals and community groups to hear about important LGBTQ+ topics from some of the UK’s most successful LGBTQ+ figures in culture, business and activism.

As the conference will now take place virtually with speeches and panels filmed and streamed online, the charity has taken the decision to open the content up to anyone who would like to take part.

Anyone who would like to attend should register today. Once registered, delegates will be sent further instruction on how to attend the online conference tomorrow.

2019’s Conference provided an opportunity for all those interested in the promotion of LGBTQ+ equality to learn more about some of the key engagement goals and objectives for Greater Manchester in 2019.

It was also the first launch of the LGBTQ+ charity’s “All Equals’ ‘ Charter, which has been created to specifically promote LGBTQ+ inclusion and equality throughout the region.

The theme for 2020 is ‘A Voice For All’, giving a platform and drawing focus to those whose voices often go unheard.

The event will see the charity shine a spotlight on a number of important topics and issues that do not receive the coverage and attention they deserve, both within and outside of LGBTQ+ & non-LGBTQ+ communities and spaces, in mainstream media and beyond.

The day will be broken down to invite virtual delegates to be part of many important conversations, panels, workshops, speeches and discussions aiming to educate and inspire change. Conversation between attendees, speakers and panellists is welcomed throughout the day via social networking app Twitter using the hashtag #MPConference2020.

Panel sessions will include discussions on Problems of Pinkwashing, BAME and LGBTQ+ issues, health and wellness, gender inclusion and bi-erasure. There will also be an interview session for delegates to learn more about the progress of the All Equals Charter hearing from some of the businesses that have already signed up and have taken part in the beta testing to ensure a robust and usable process.

The event will begin with a keynote from Gina Battye, a world-renowned LGBTQ+ Inclusion, Psychological Safety and Intersectionality Consultant and Trainer for Multinational Corporations, Fortune 500s, TV, Film and the Global Press.

The day will end with an empowering talk from Travis Alabanza. Travis is a writer, theatre maker and performer, who for the last four years has been creating performance and writing to archive the existence and experiences of gender non conforming people of colour.

Their work has been in several publications such as the Guardian, BBC, Dazed, ID, as well as performing in venues such as Royal Exchange, Tate Britain, Harvard University and more. Noted as one of the most prominent emerging queer voice, Alabanza was listed in the Evening Standard as one of the most influential under 25 year olds in the UK.

Mark Fletcher, chief executive for Manchester Pride, said; “The Manchester Pride Conference is our opportunity to connect with the various communities of Manchester and talk to them about the issues facing LGTBQ+ people in Greater Manchester.

“The theme for this Conference 2020 is A Voice For All. We are an organisation dedicated to giving a platform to and empowering the LGBTQ+ communities and we remain committed to this, regardless of the current unpredictable situation we are experiencing. We decided to deliver the Conference online, instead of as a live event.

“Our team has planned a fantastic event with some excellent speakers and panels and we wanted to ensure nobody missed out.” 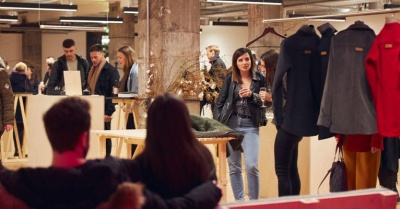 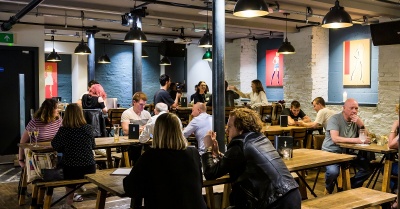 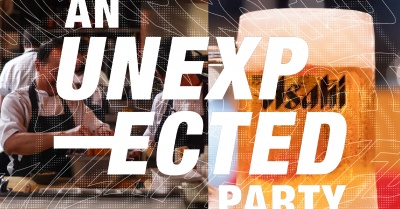