The UK's largest entertainment arena is being developed in Manchester

Big news as two powerhouses Oak View Group and Manchester’s own the Co-op are joining forces to develop the UK’S BIGGEST new arena in Manchester. 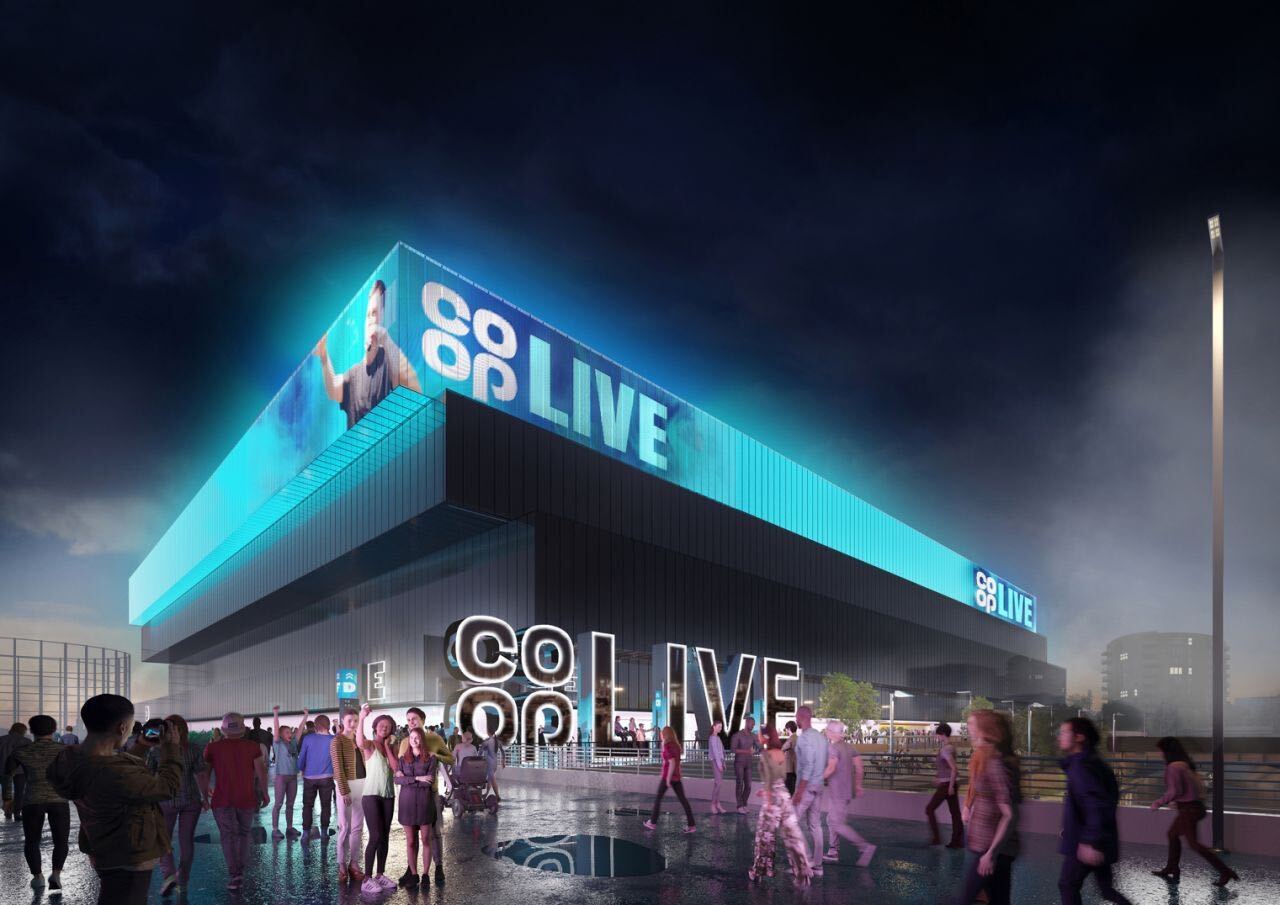 The exciting and ambitious move will be injecting £350m of private investment into the local area.

With ethics at the heart of the Co-op, and music at the heart of Manchester, this music-first project will give millions of pounds back to local communities and good causes.

The new arena, Co-op Live, which was just given the green light by Manchester City Council, is set to rival New York’s Madison Square Garden!

The new project will create almost 4 thousand jobs for those working in construction and around 1 thousand roles and apprenticeships upon completion of the venue!

With the build starting on the Etihad campus as early as November this year, the regeneration of the Eastlands area continues, with the Co-op Live being the first major move since the 2002 Commonwealth Games came to Ashton.

We’re proud to introduce Co-op Live, a 15-year partnership between Oak View Group and the Co-op on an exciting new venue for #Manchester – the largest in the UK, and one of the most sustainable and socially responsible arenas in Europe. https://t.co/Rg5ZuwnRYi pic.twitter.com/c4X0AYTUT6

Manchester’s latest construction project will give the regional economy an almighty boost following the impacts of the current recession due to COVID-19 (the local economy set to be boosted by over £1.5bn over the next 20 years!).

The Co-op, known for its significant contributions to the UK’s music scene is synonymous with Manchester. Playing a vital role in the continued development of its home city, this immense project will showcase Manchester’s sense of community and the Co-ops vision to co-operate for a fairer world.

The Co-op Live is set to be at the forefront of Manchester’s zero carbon agenda and will help to tackle food poverty via a zero-food waste initiative.

Around £1m a year will go to good causes across the UK – distributed by the Co-op Foundation – and the Co-op Live will be one of the most sustainable and socially responsible buildings of its type in Europe – impressive! 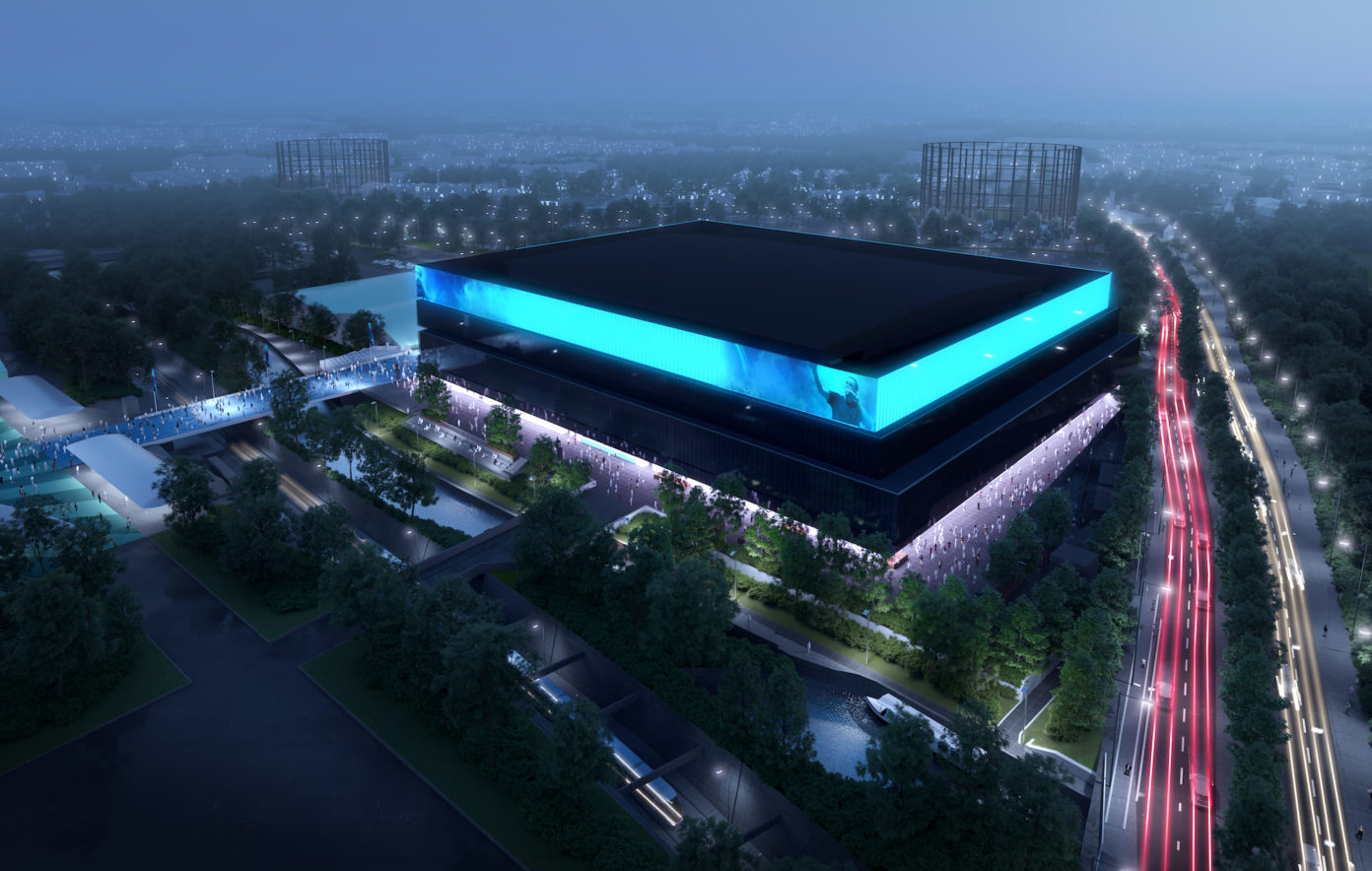 Tim Leiweke, Chief Executive Officer, Oak View Group, said: “We’re delighted with this partnership and join together with the Co-op team to build the new world-class arena that Manchester deserves. Our shared vision with Co-op is what makes this partnership so special.

He added, “Our partnership goes way beyond a normal naming rights agreement. The shared values will help define the ethos of the venue, including bold commitments on sustainability and community. I’ve said from the beginning of this project that this arena will be of Manchester, for Manchester and by Manchester, and this partnership with one of the city’s most iconic brands is a critical part of that. We can’t wait to work together to bring amazing live event experiences, in one of the world’s best arenas, to Manchester.”

And if you’re a Co-op member, you’re in for a treat.

Members will be offered a whole array of exclusive benefits once the doors open including pre-sale tickets up to 7 days before general release, major discounts, hospitality experiences, backstage VIP experiences PLUS priority entry-access to the venue, nice guys.

Designed specifically with music at the forefront, unlike other large arenas, Co-op Live will be reinvigorating a special part of Manchester and bringing another iconic live music destination to our rich cultured city.

There will be other events too including international sporting events and tournaments, family entertainment shows and awards shows – how exciting!

Jo Whitfield, CEO, Co-op Food, said: “The coronavirus pandemic is having a significant impact and our multi-million pound investment is a signal of our intent for the future of the region, creating jobs and helping to bring some of the world’s best events to Manchester.” OVG, founded by Tim Leiweke and Irving Azoff, two of the live entertainment industry’s most influential executives, hopes to host its first event in the new venue in 2023”.