This folksy musical takes over the Royal Exchange this Christmas... 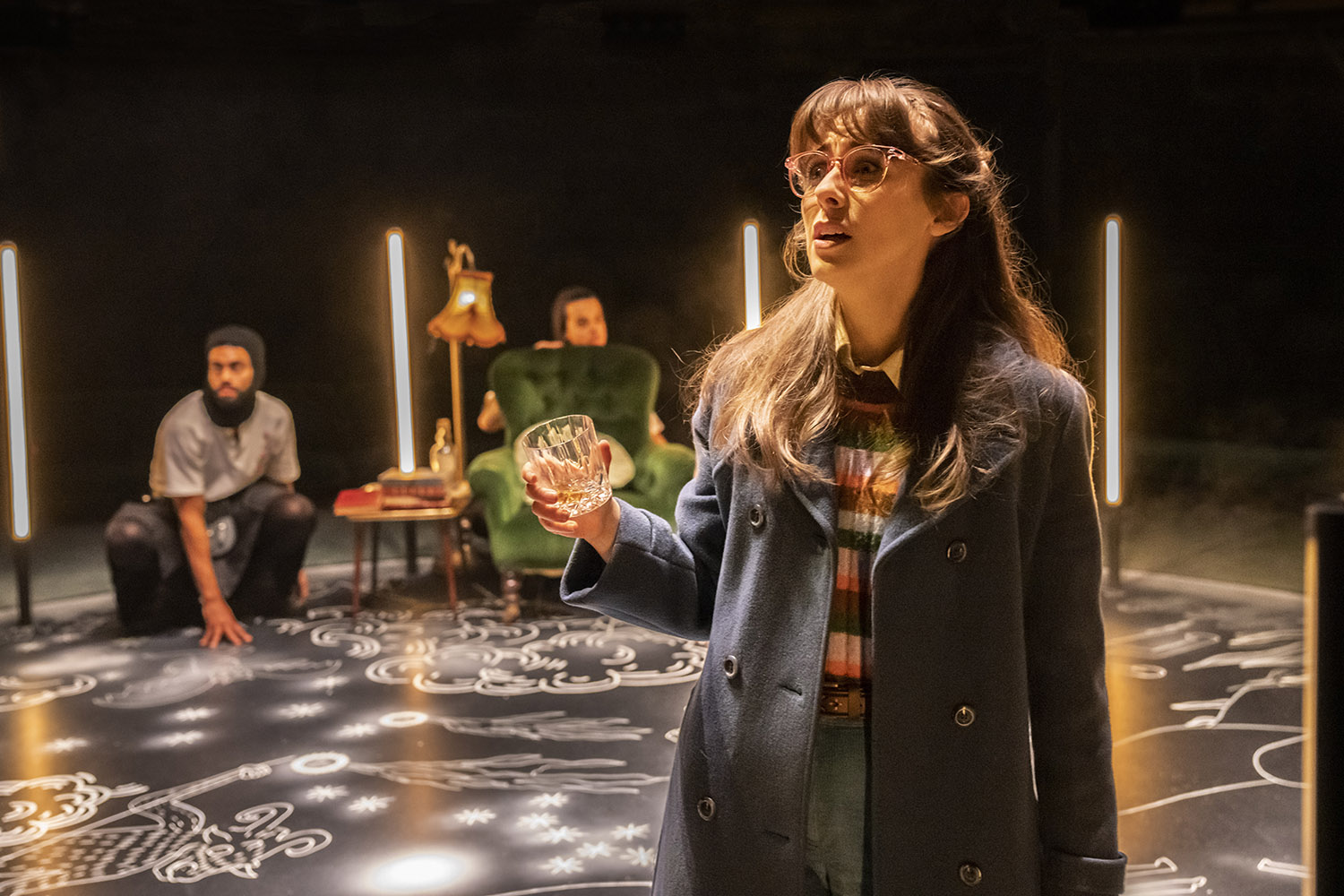 I’ll get this out of the way first. When I initially sat down to watch ‘The Strange Undoing of Prudencia Hart‘ at the Royal Exchange last week, for the first 25 minutes or so, I didn’t have a clue what was going on.

To say that Prudencia Hart is slow to start is a bit of an understatement, with scenes of heavy folk-related dialogue, hard-to-follow characters and a sense that, in essence, this is set to be a colossal slog.

The initial subject at hand is ‘Folk Studies’, in particular the study of balladry and ballads, and as someone who knows nothing at all about that world – I was a bit lost. 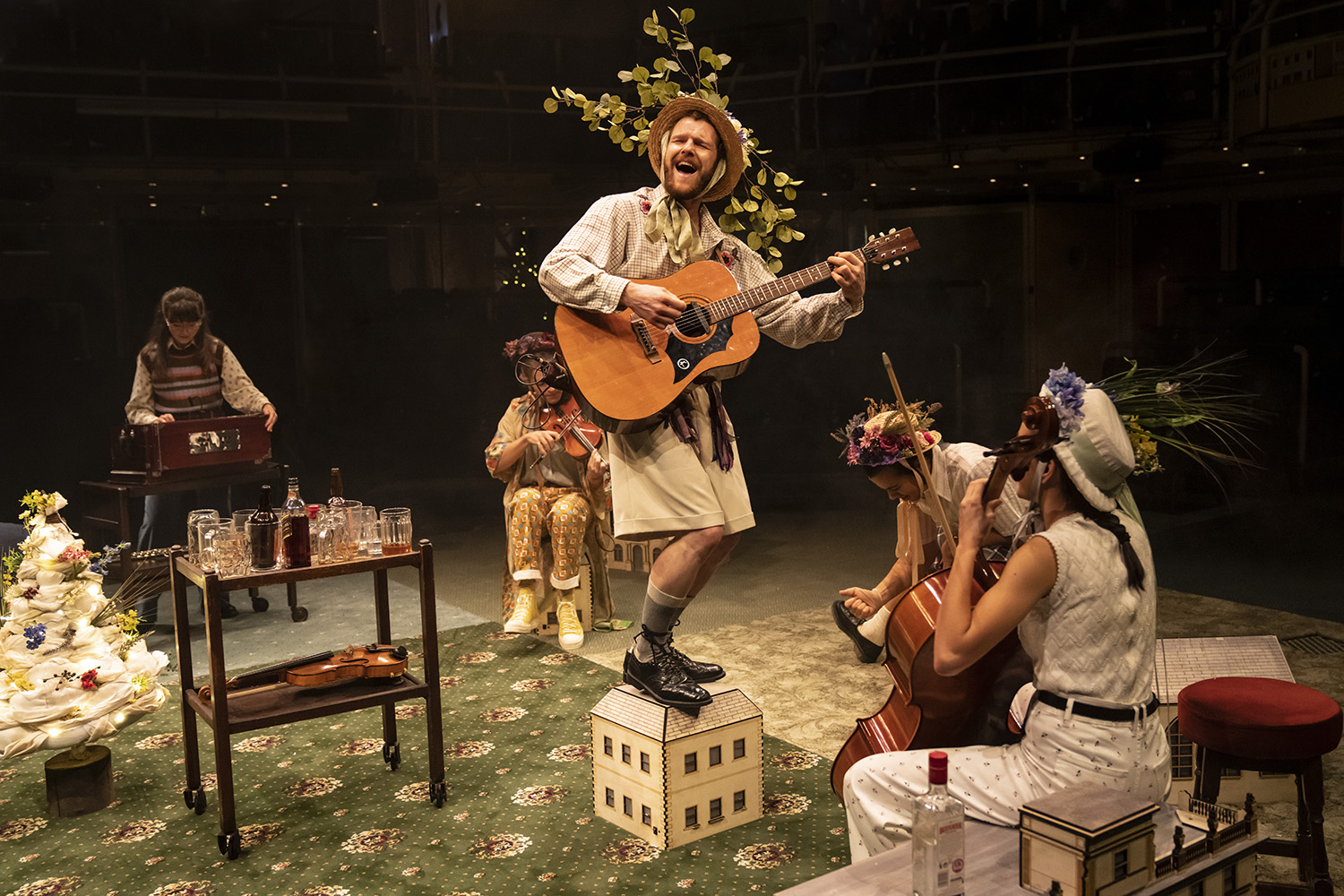 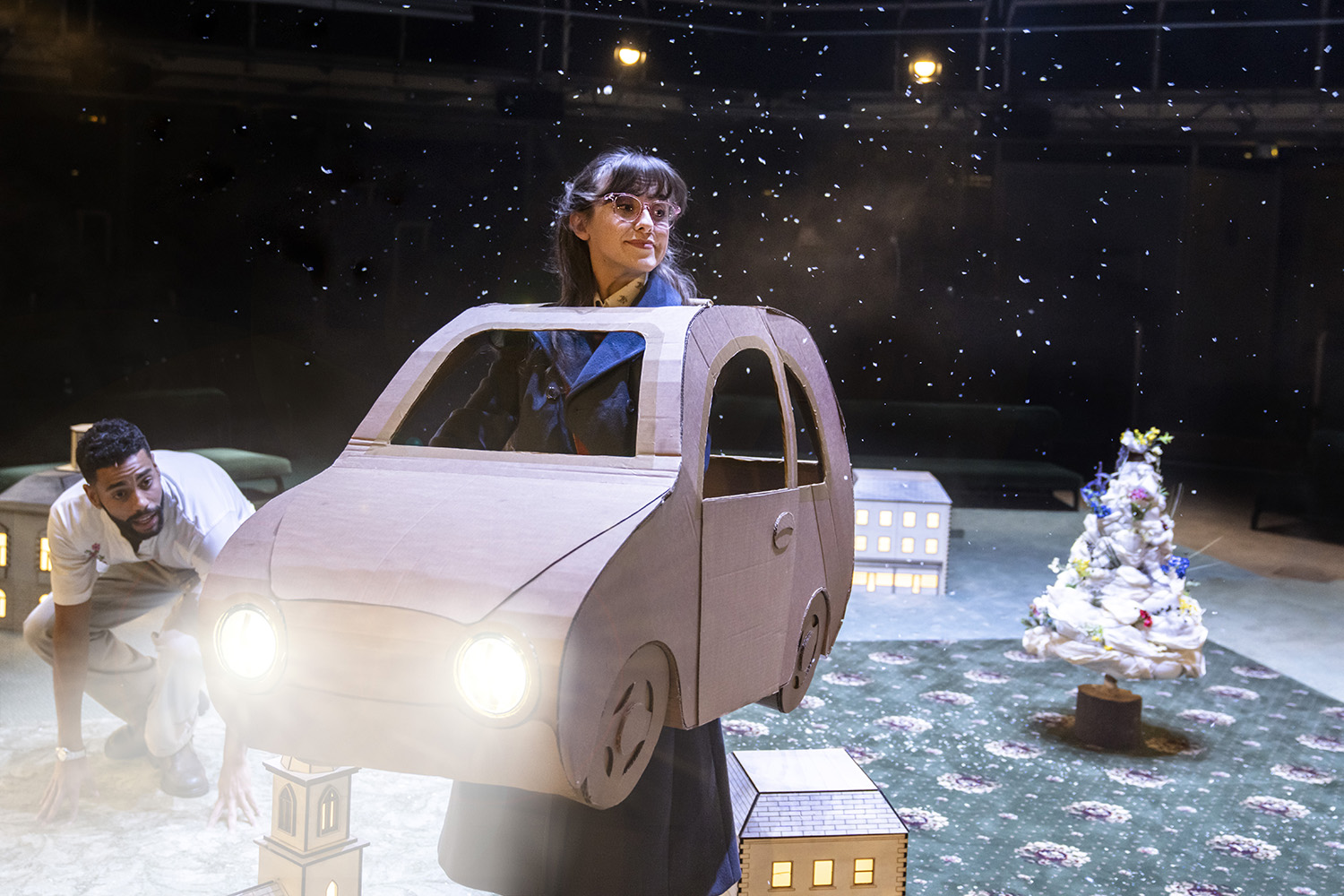 But there’s a point in the show, where the titular Prudencia is trying to enjoy a karaoke night at a local boozer, when things take a turn – for the better. Like, much better. The cast assume the roles of a gaggle of women on a hen do and from thereon in – you’re invested.

What transpires is a wickedly clever and funny folk tale from award-winning writer David Greig – a musical (of sorts) which sees Prudencia locked up in Hell (with the Devil himself) for thousands of years.

The use of rhyming couplets throughout, and the sharp wit are particular highlights – and the way the passage of time is represented is both clever and otherworldly. 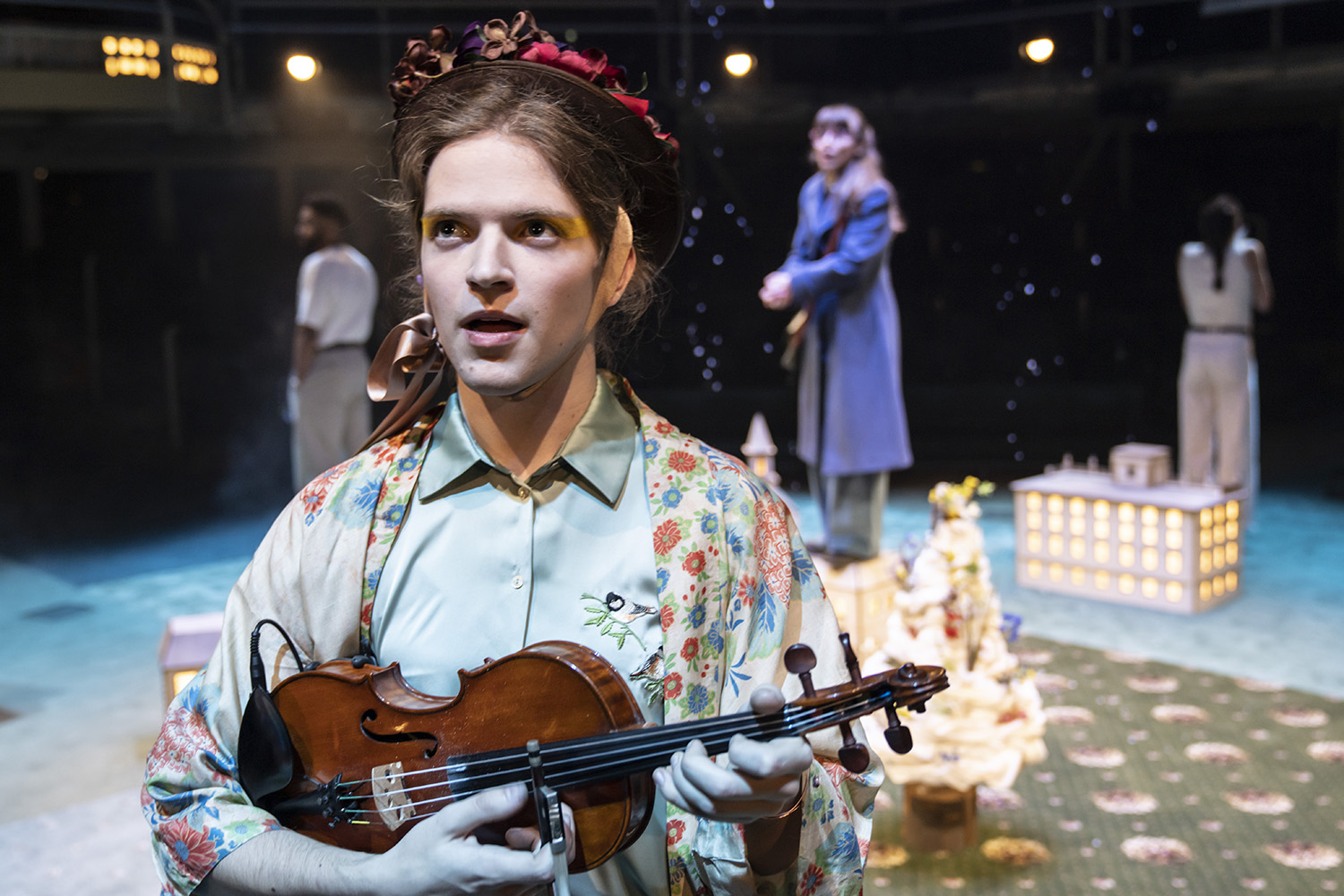 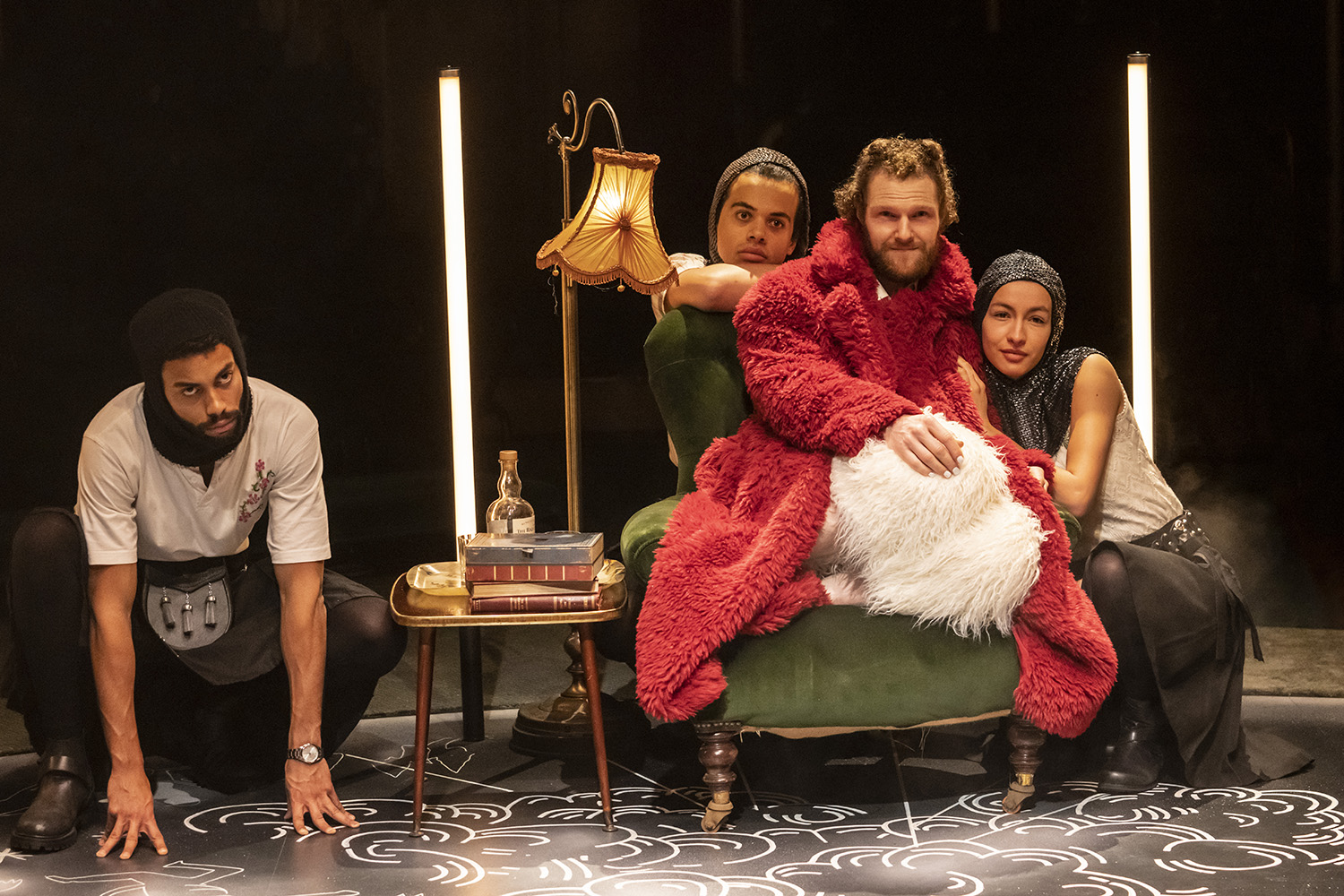 As the story progresses, the production gets even more raucous and chaotic – with more audience interaction, louder gags and best of all – a full karaoke rendition of Kylie’s ‘Can’t Get You Out Of My Head’.

There’s electric scooters, falling snow, mayan devils, Robert Burns on a record player and a particularly effective sequence with a huge swing that dangles down from the ceiling and sees some pretty impressive minor stunt work from the energetic actors. 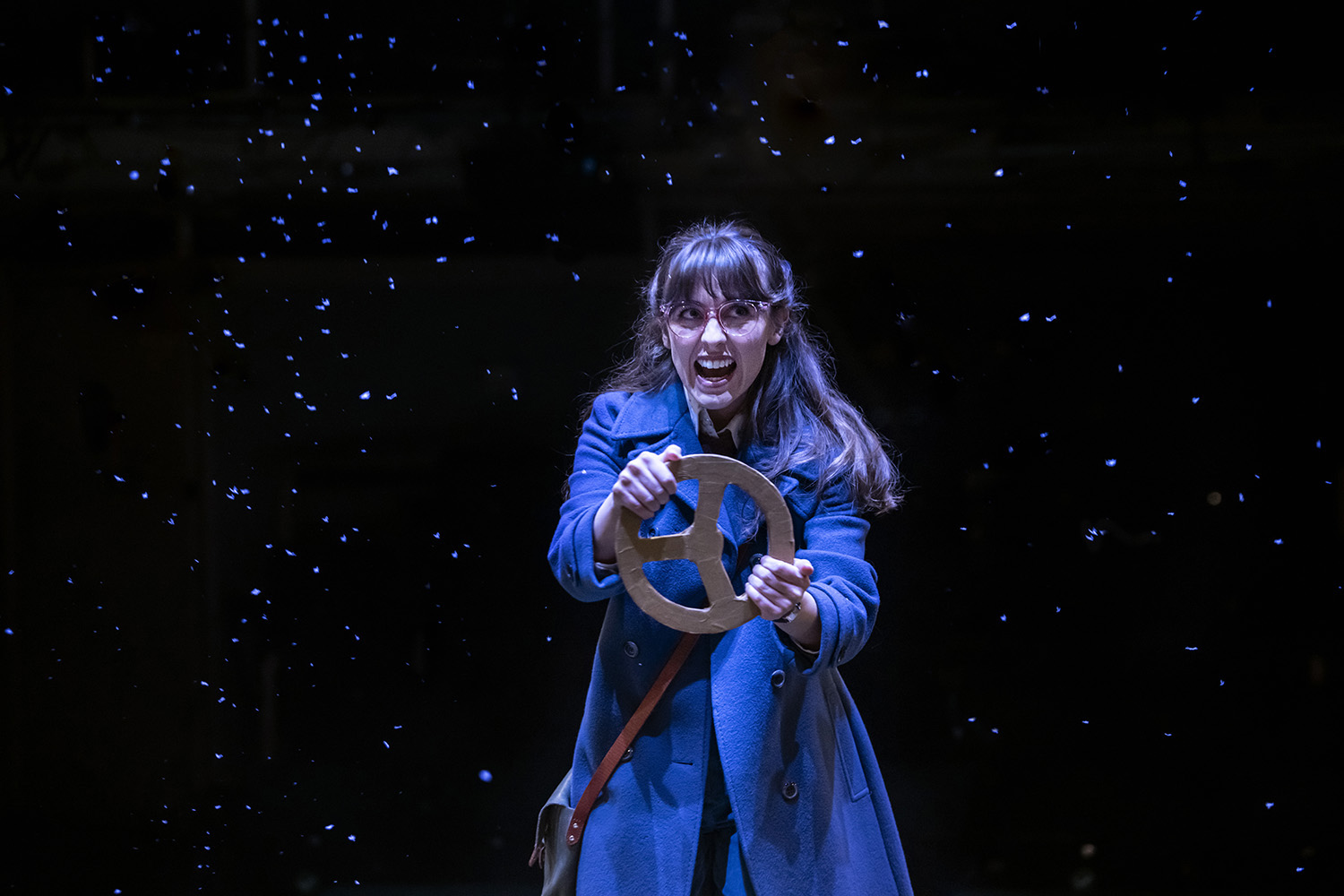 Slow to start, if you stick with it you’ll be pleasantly surprised with ‘The Strange Undoing of Prudencia Hart’ – so much so that you’ll find yourself chanting “There’s only ONE Colin Syme” with as much gusto as if you were 6 pints down at a match at Old Trafford.

‘The Strange Undoing of Prudencia Hart’ is at the Royal Exchange Theatre until Saturday 15th January.

The Strange Undoing of Prudencia Hart