A Walk on the FlipSide

The Graphic Design Department of Manchester School of Art are challenging a traditional degree show. 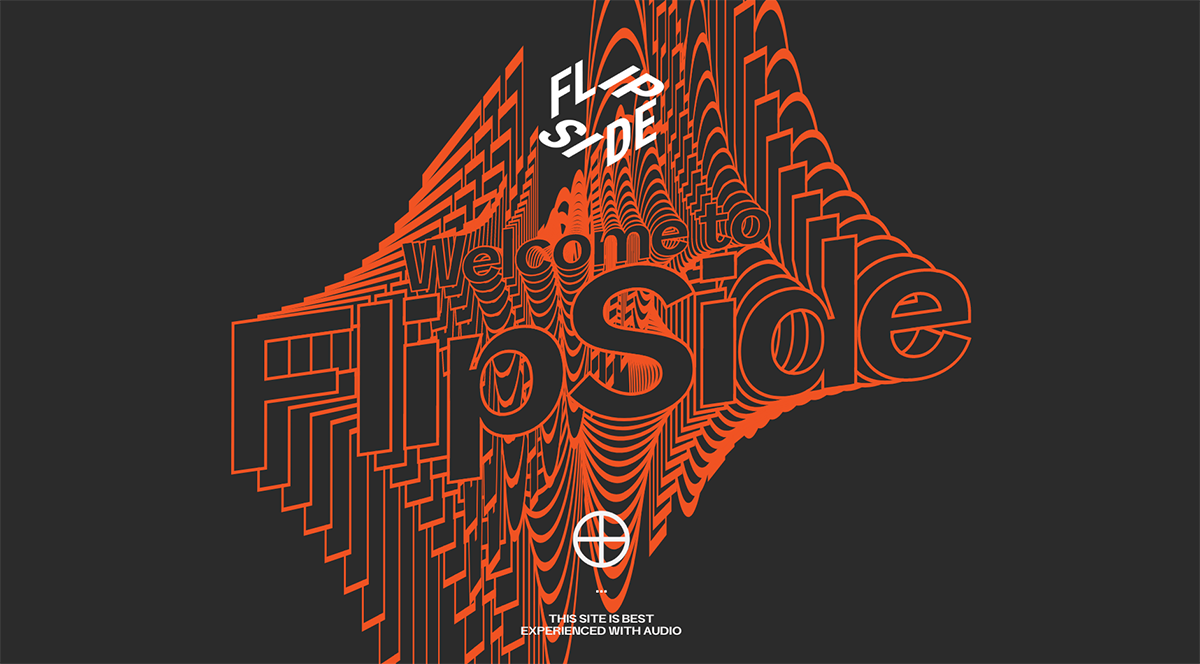 How things have changed since this time last year. Obviously.

Pencilled (if not inked) into my diary would have been a visit to MSoA’s degree show this month. A Zoom chat with Elliot Nightingale and Christabel Payne Tate revealed how students of the Graphic Design course are tackling lockdown.

Of course all Universities, including Manchester, will be posting degree shows online but – as I talked through with Elliot and Christabel – the combination of fear at the show deadline and the student camaraderie in these final weeks will be missing this year. FlipSide is the result of an initiative before lockdown that has found its place and time. Christabel explained. 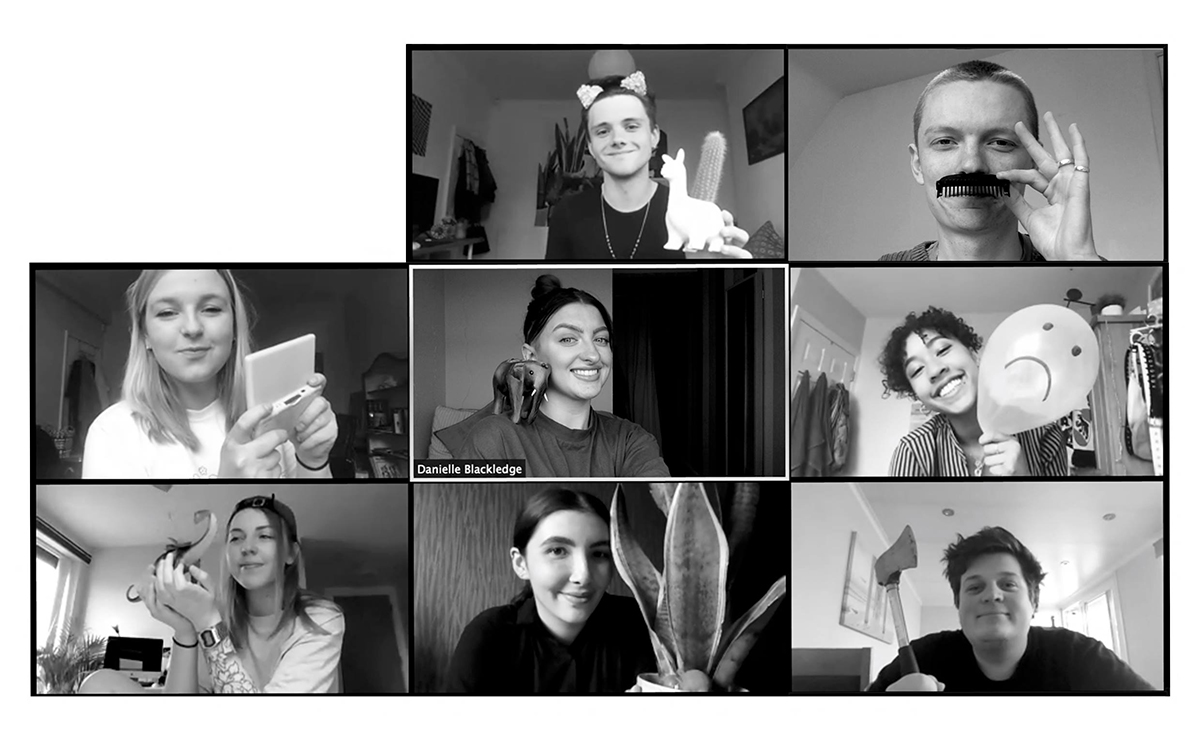 “Jada Giwa responded to that brief by proposing social interaction, tackling broader issues than just the ‘physical’ design work. Of course lockdown has provided an opportunity – even a necessity – to create the digital social interaction which we won’t have this year.

“Social interaction which would have included conversations about diversity, mental health, a relationship with the digital age and many other issues in the design study and practice world.

“Of course at first we were all disheartened at not being able to have a physical degree show. That’s when Elliot and Oscar Walim came in.”

Elliot: “We worked on what would have been a physical event online. We wanted to create where you have that one time experience of a degree show. Through FlipSide everyone will log on at the same time and go through some of the things in real time. 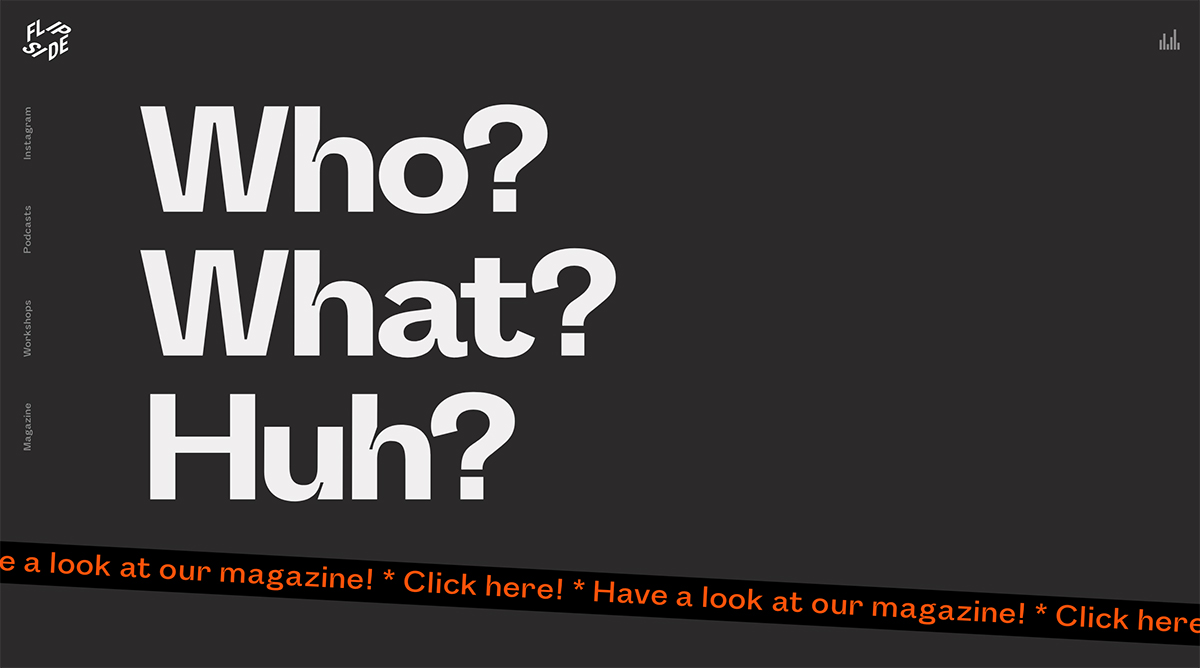 There will be digital portfolios to view, along with a FlipSide downloadable magazine. That magazine will, however, also provide a platform for students to express views as well as showing their work. The brief for work to be included in the magazine was ‘What does FlipSide mean to you?’

But in advance – and maybe going forward – there have been and will be live podcasts and workshops. Workshops which pose a brief, set a time window for work to be completed and then the results posted on Instagram when the deadline is reached.

I asked if these workshops were open to anybody, not just the Graphic Design students and Christabel replied that anybody could respond to the workshop. 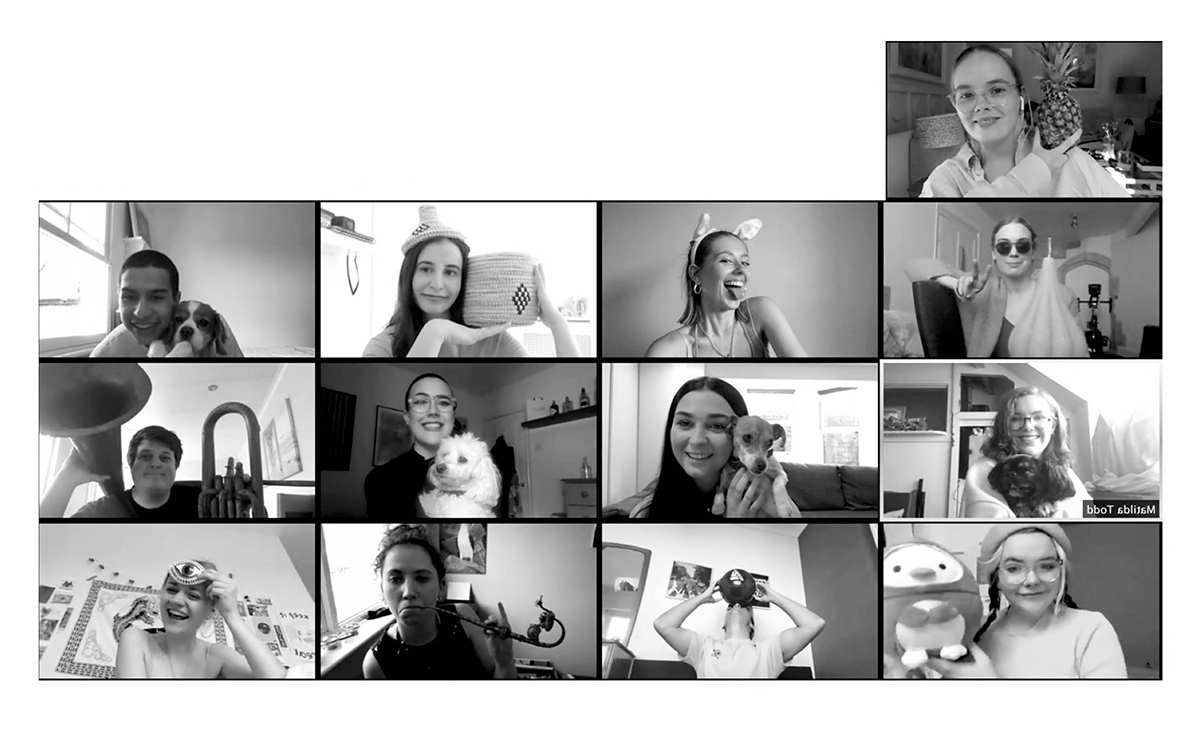 Whilst I promised not to do so myself (fear), I get the feeling that the FlipSide team would be delighted to get a wider response to the workshops and briefs…so have a go and you could see your own design work online, alongside graduates who have spent three years or more studying their craft.

Christabel continued, “A brief we were given earlier this year was to explain the relationship between analog and digital. We’re encouraged to be aware of the digital age, but also how it relates to more traditional outlets. A lot of the students on our course are more interested in traditional means and so FlipSide benefits both sides.”

“Even students who work traditionally have to be able to present work digitally,” Elliot added,“with online presentations to clients. So you need to learn how to present analog work through digital means. Over the three years everybody’s learnt how to be good at that. For FlipSide we’ve given everybody eight images, or GIFS or videos so that they can create the best experience of their work through digital means.”

Christabel explained that FlipSide has been created as a brand by the Graphic Design students, keeping connection through podcasts and workshops, to not lose that real connection that people have during the last weeks of any degree course. “To create and keep that human connection.”

I asked if Flipside would continue after graduation. Christabel and Elliot both paused, before Christabel answered. “A degree show always gets coverage. We want to use Flipside as a platform to tackle bigger issues than just celebrating the work.”

I think that lockdown might have inadvertently led to the creation of an initiative that lasts a lot longer than the degree show that I would have visited in different circumstances. I certainly hope so.

POSTPONED (but not forgotten): PARKLIFE 2020