Building Secrets: Your Stories from 40 Years of Afflecks Palace 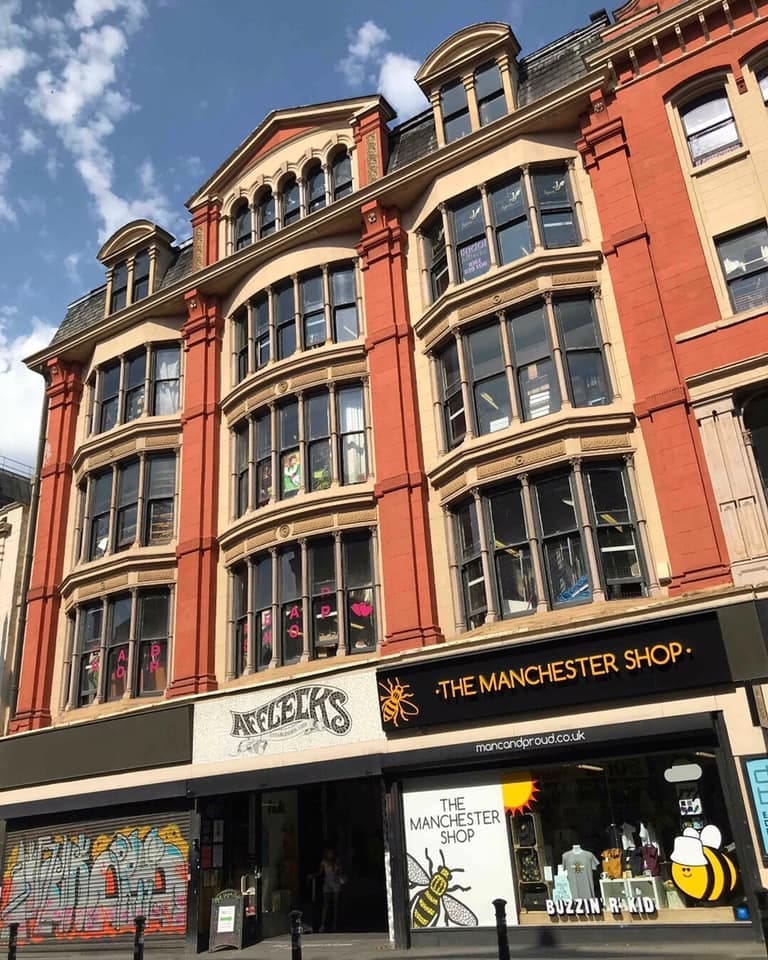 When I first moved to Manchester, everyone told me I HAD to get myself to Afflecks Palace.

Being a former scene kid, who also went through an emo phase, indie phase, mod phase and pretty much every other ‘phase’ under the sun, Afflecks automatically felt like home.

Stepping through its doors for the first time, I picked myself up some dungarees covered in planets, a vintage telephone in the shape of a dog with a dainty blue bow wrapped in its hair and several packets of incense sticks aptly named ‘Fairy Moon’. Oh, and a few tubs of Crazy Color, but let’s not talk about that. 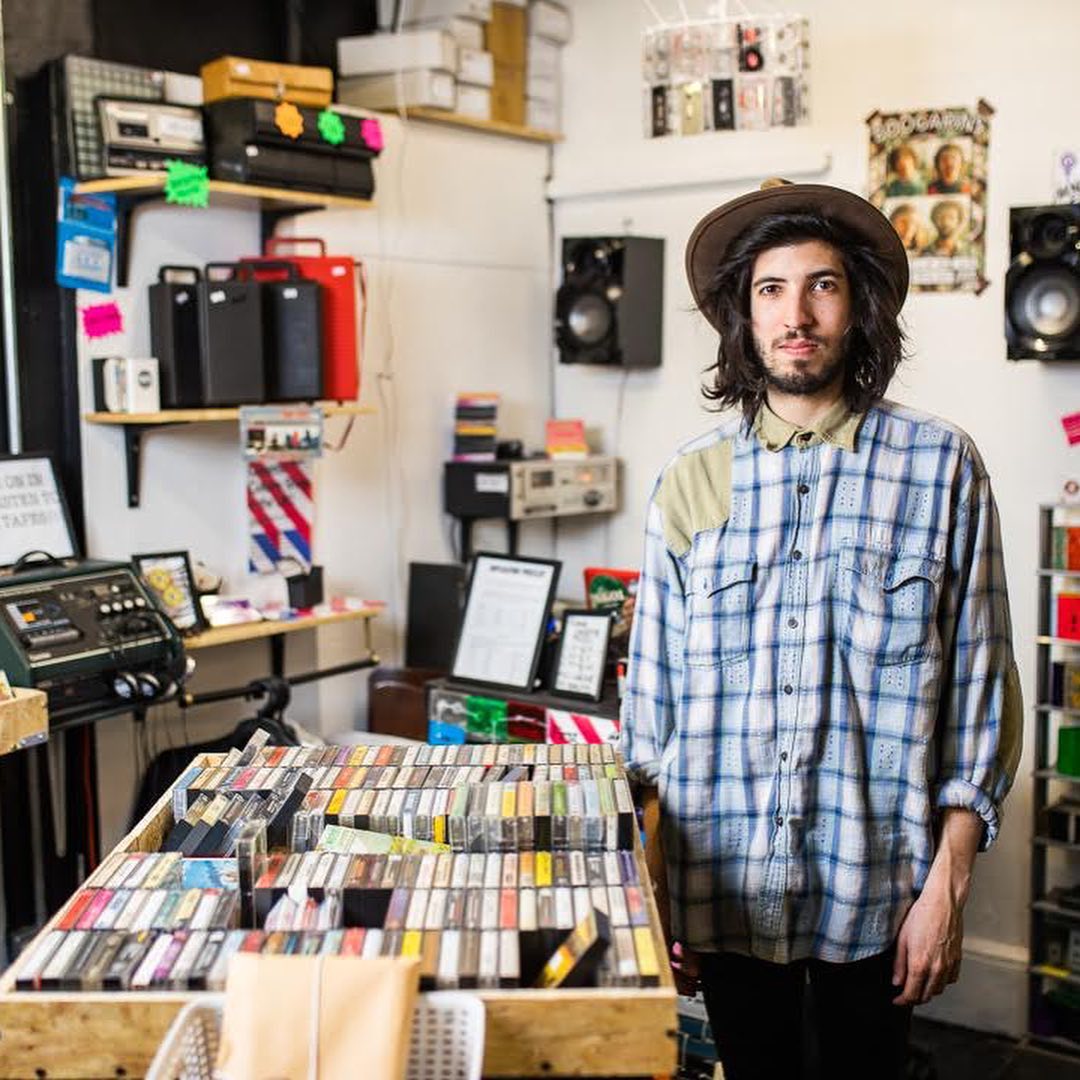 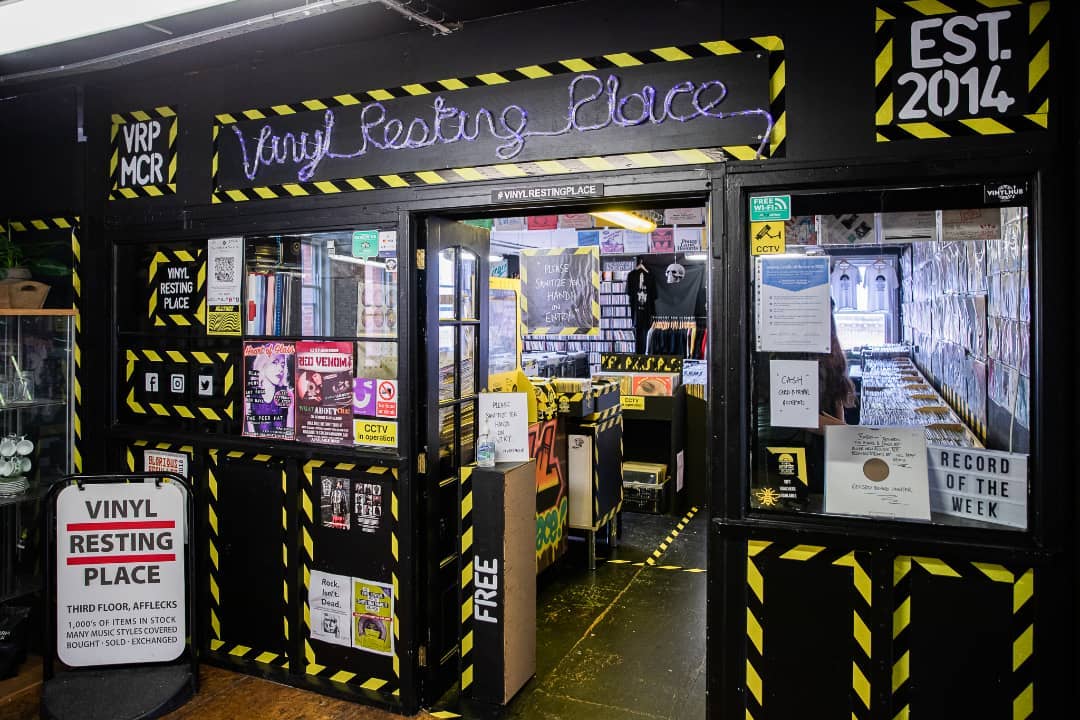 The beauty of Afflecks is that no matter how many times you’ll enter the place, you will ALWAYS stumble across something new. It’s not only home to a treasure trove of vintage pieces, alternative fashion boutiques and dedicated CBD stores, it’s also home to the UK’s only cassette-orientated music shop, just in case you’re still listening to your music on a Fruit Winder.

The indoor market itself began life as one of Manchester’s premium department stores – Affleck & Brown – which opened up in the 1860s as a drapery shop before growing massively to occupy the whole block and expand their offering. 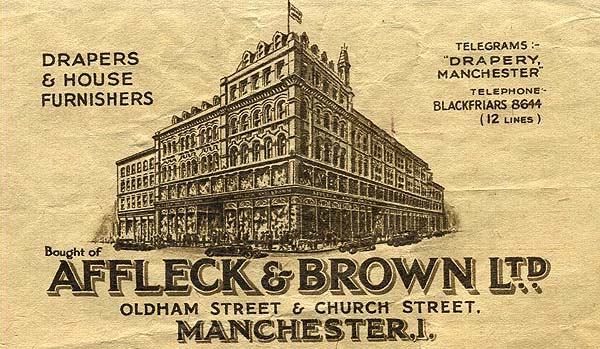 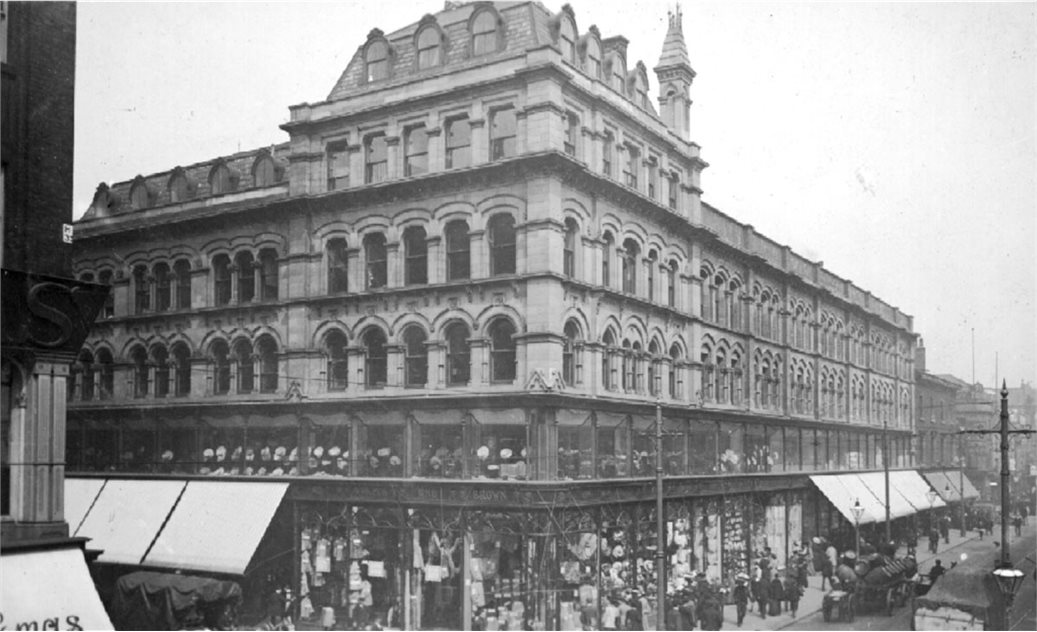 However, with a sharp decline in sales after the Second World War, mainly due to a shift for shopping towards Market Street, Affleck & Brown closed in 1973. The building remained empty for a decade, until former hairdresser James Walsh, and his girlfriend Elaine Williams came along.

With an almost hippie-like attitude, the pair moved out of the basement in Kendals on Deansgate, where they were operating an underground market of knick knacks and antique jewellery, into the empty Church Street building. 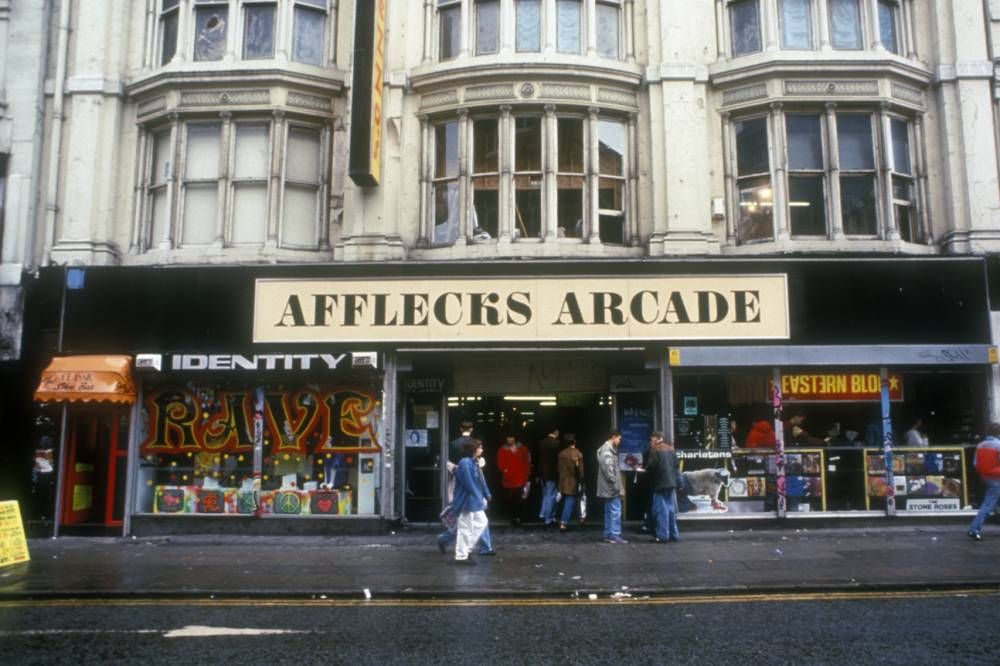 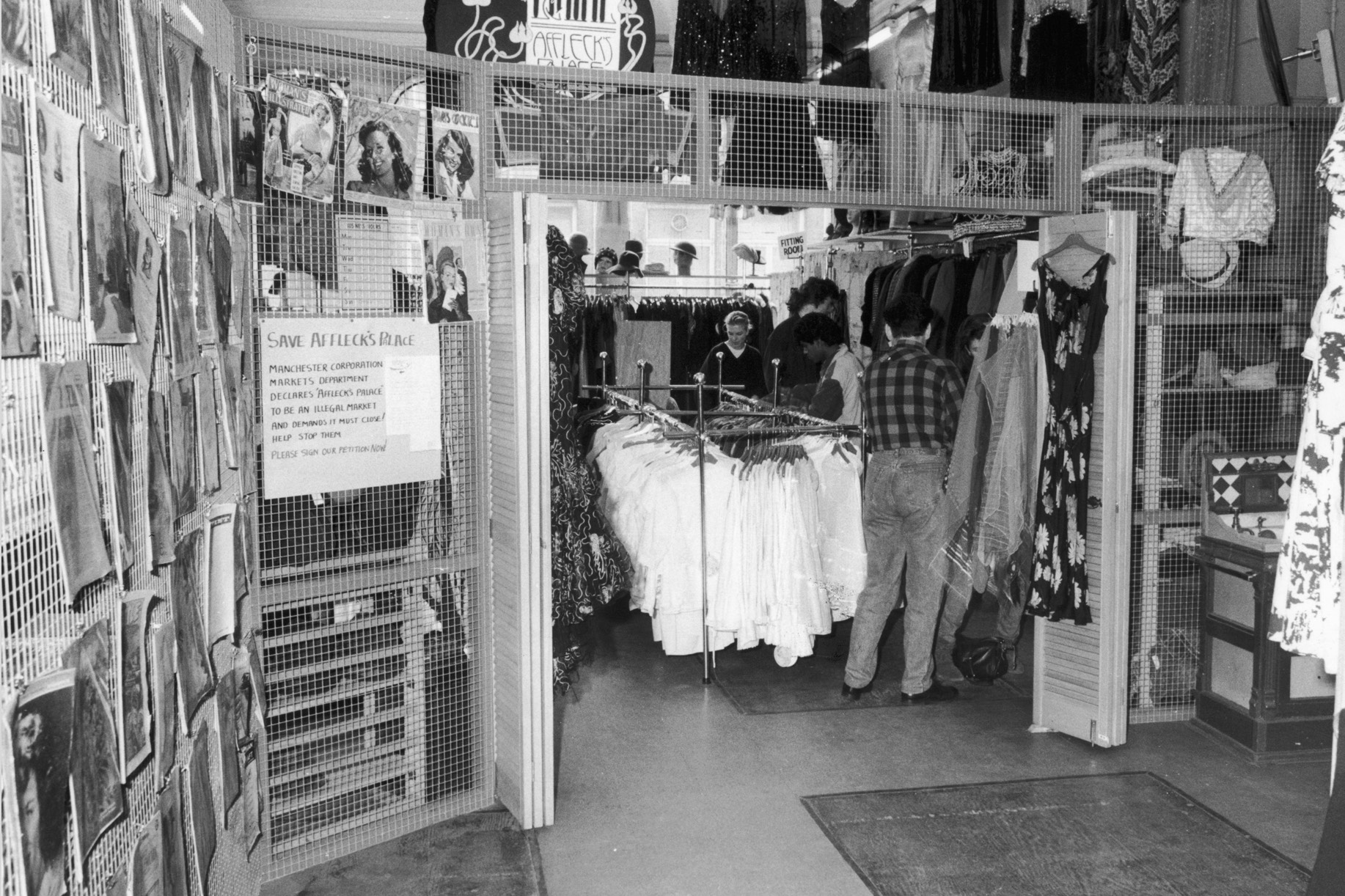 They immediately went about creating a safe, affordable environment where entrepreneurs could open shops without the need for a long-term contract. The concept quickly caught on and Affleck’s Palace became a mecca for alternative culture – attracting visitors from across the UK to its labyrinth corridors and corners stuffed with odd trinkets.

For the next 25 years both James and Elaine worked tirelessly to keep Affleck’s Palace afloat, and most important of all – independent. Not even two fires could stop the tenants flogging their clobber on a weekend.

When the 25 year lease ended in June 2007, Afflecks Palace ceased trading, but after months of negotiations between Elaine and Bruntwood, the property developer took over, looking to maintain the fiercely independent nature of the building and continuing to champion what James and Elaine started back in the 80s. 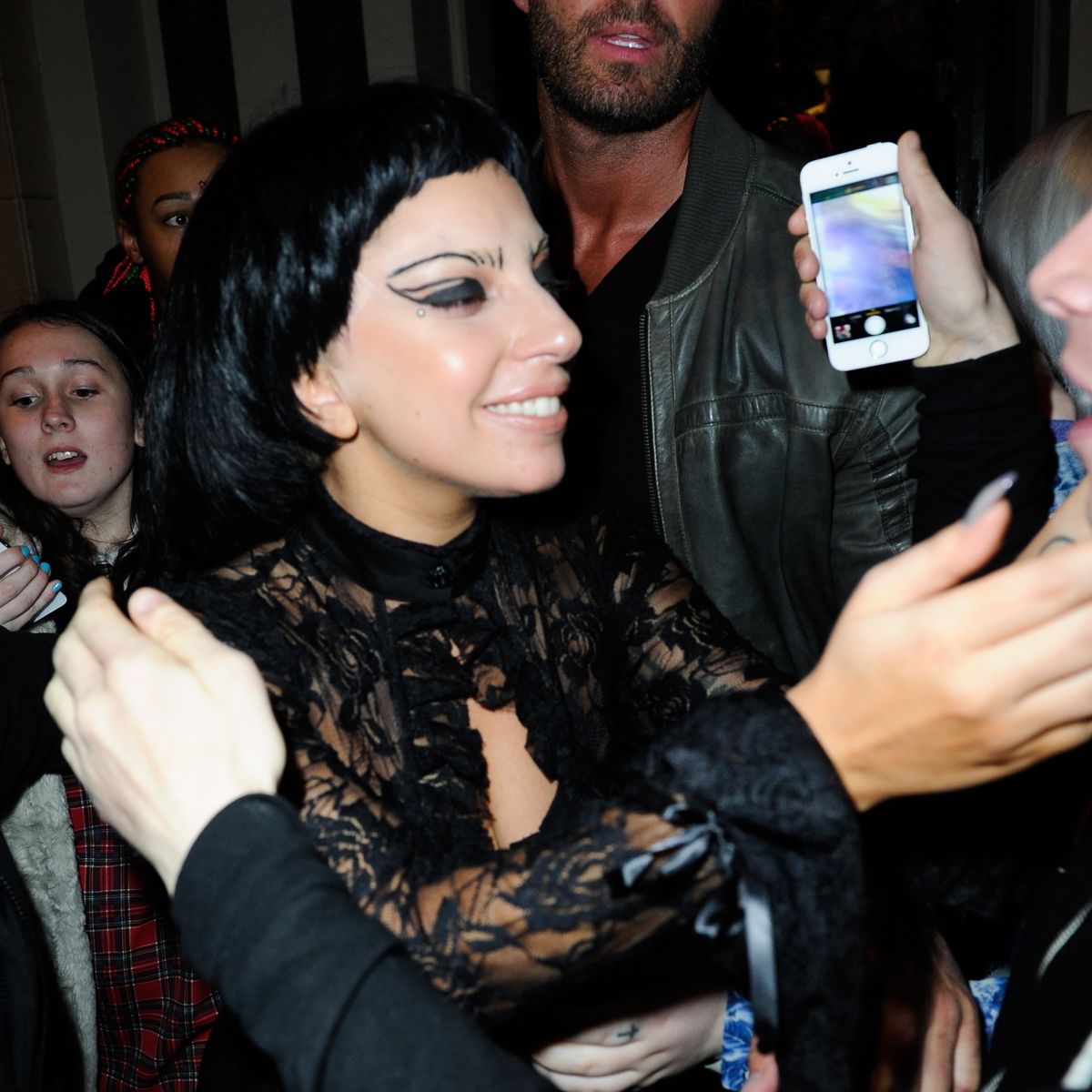 Basically, if you live in Manchester, there’s absolutely no way you won’t have a tale to tell about the place. Lady Gaga even took a trip there during her ArtRave tour back in 2014, for god’s sake.

This year, Afflecks will celebrate its 40th birthday, so the team behind the iconic Manchester institution desperately need YOUR help!

If you have any wild teenage tales reminiscent of Afflecks’ Madchester era, or, maybe a few stories about starting one of your early enterprises at the emporium, whatever the connection, no matter how big or small you think your story is, they want to hear it right from the horse’s mouth! (My mate definitely has a horse mask from Afflecks, so I’ll give him a shout, too). 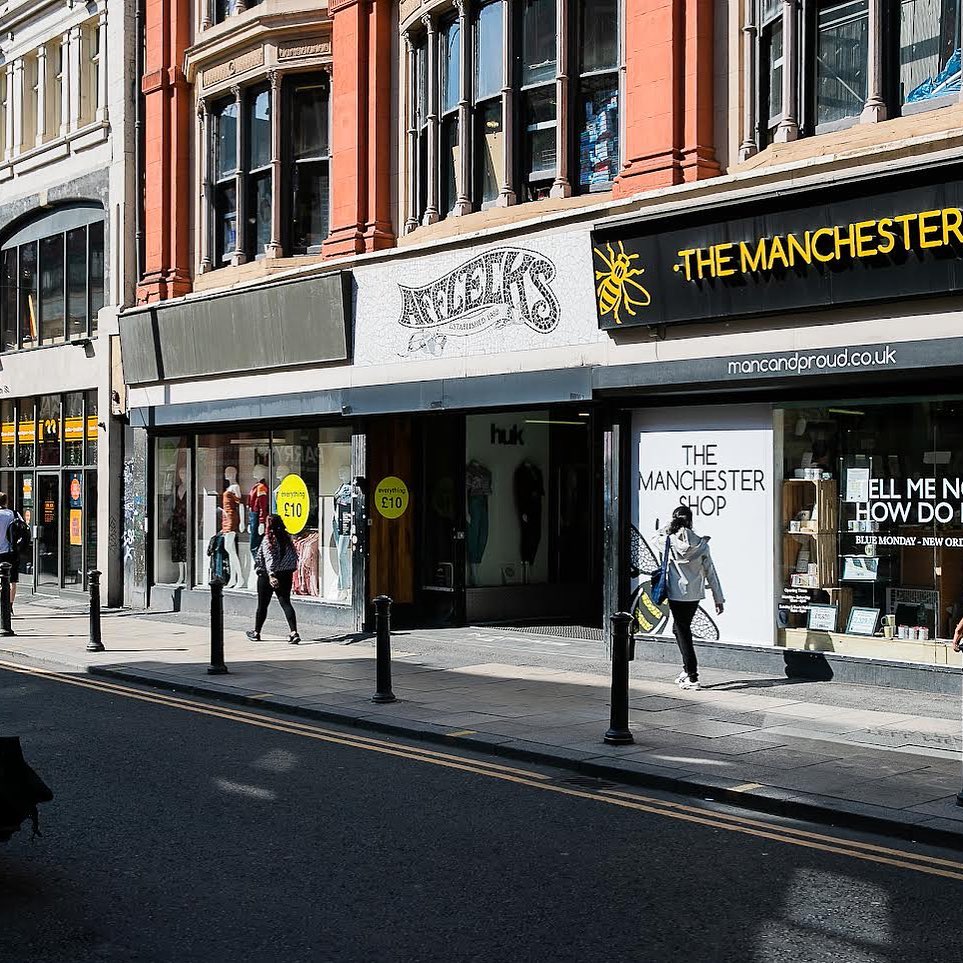 To commemorate the fully independent emporium officially stepping into the naughty forties, a special birthday portrait exhibition and book have been commissioned. ‘Afflecks 40′ will celebrate everyone who has been part of its wild journey, with your personal stories at the very heart!

The project aims to capture 40 people who have been significant to Afflecks’ five-decade-strong journey, and it’s being delivered in collaboration with acclaimed photographer, Paul Wolfgang Webster. 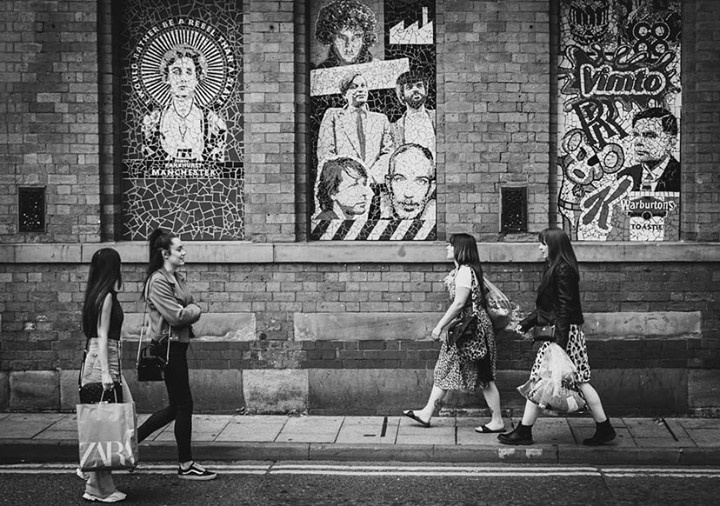 Rochdale-born Webster has captured iconic shots of Northern legends over his career, including Bez, Brian Cox, Ian McCulloch and Foo Foo Lamar, and his collaboration with Afflecks on this brand-new book and exhibition will make sure fans are immortalised in history forever!

You can submit your stories by emailing afflecks@siobhanhanley.com for a chance to be involved!