Make a Scene and Live Cinema UK have got together to present the 1972 classic (with some added extras!)

As part of the BFI Musicals season Make A Scene brings the classic film set in 1930s Weimar Germany to life with modern drag and vogue performances asking the prescient question… what would it be like living in a country that’s becoming more and more dangerously right wing?

There’ll be a full screening of the film interspersed with dazzling queer cabaret performances inspired by the seedy underbelly of Berlin nightlight now and then.

You’ll be asked to come dressed to the nines in black tie and party dresses as if you were patrons of the Kit Kat Club. The bar will be serving crisp martinis, sidecars and Sally Bowles’ favourite drink – a prairie oyster.

Manchester’s own Make A Scene have made their name with sell out “way-too-interactive”  screenings of camp and queer classic films including a Flower Arrange A Long Little Shop of Horrors and a 60’s inspired Dance A Long screening of Hairspray. 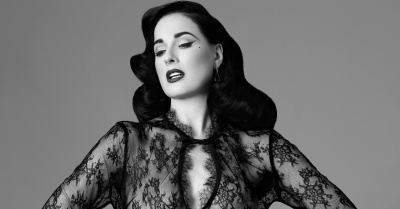