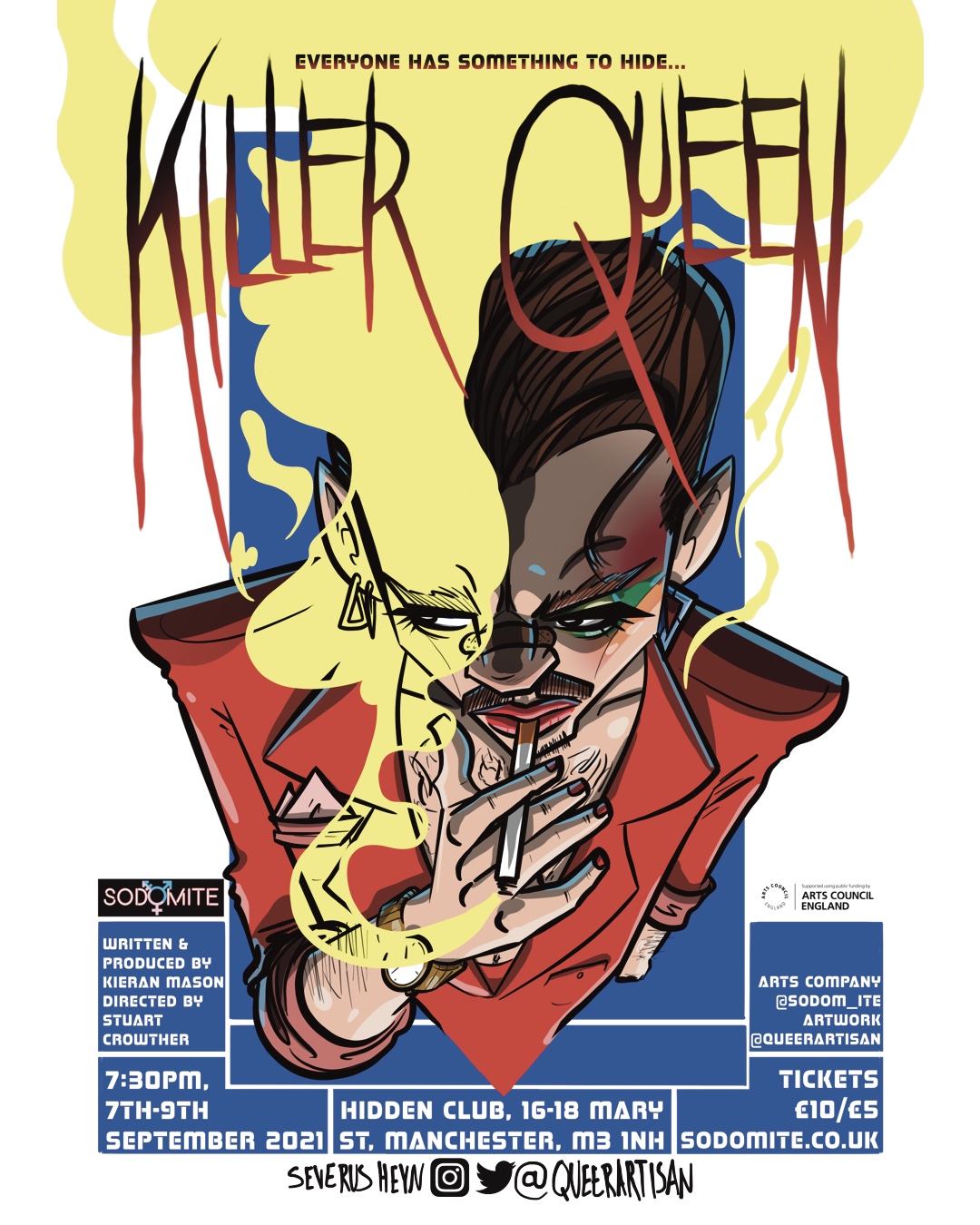 Coming to Hidden from Tuesday 7th – Thursday 9th September 2021 is ‘Killer Queen’, a dark, psychological drama, set against a backdrop of political upheaval, civil unrest and the fight for equality in late twentieth century Britain.

Spanning three key decades – the 70s, 80s and 90s – the show tells the story of Freddie Townsend (our titular ‘Killer Queen) and explores identity, sexuality and the eternal quest for love (or is it lust?), to a soundtrack of era-defining club classics. 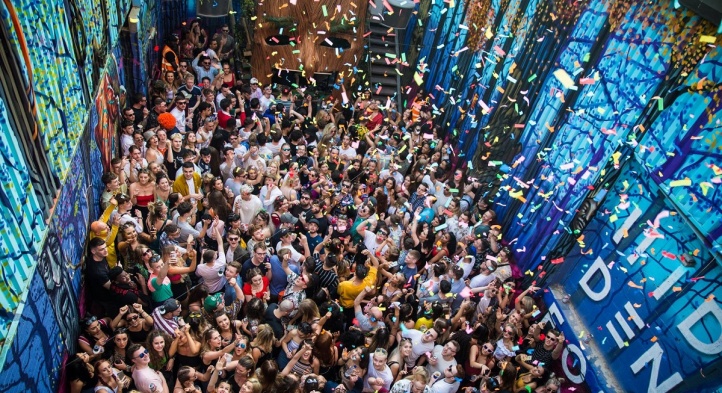 Hidden itself will become an immersive space, one where the audience actually become denizens of the club – watching everything unfold before their very eyes. You’ll be invited to dress in your best 80s club clobber and fully embrace this uniquely queer theatrical nightlife experience.

The show has been adapted from actor and producer Kieran Mason’s one-person show which premiered at Liverpool’s Phase One theatre last year. The show is directed by acclaimed queer theatre-maker Stuart Crowther and features set/costumes by up-and-coming designer Dylan Holt. 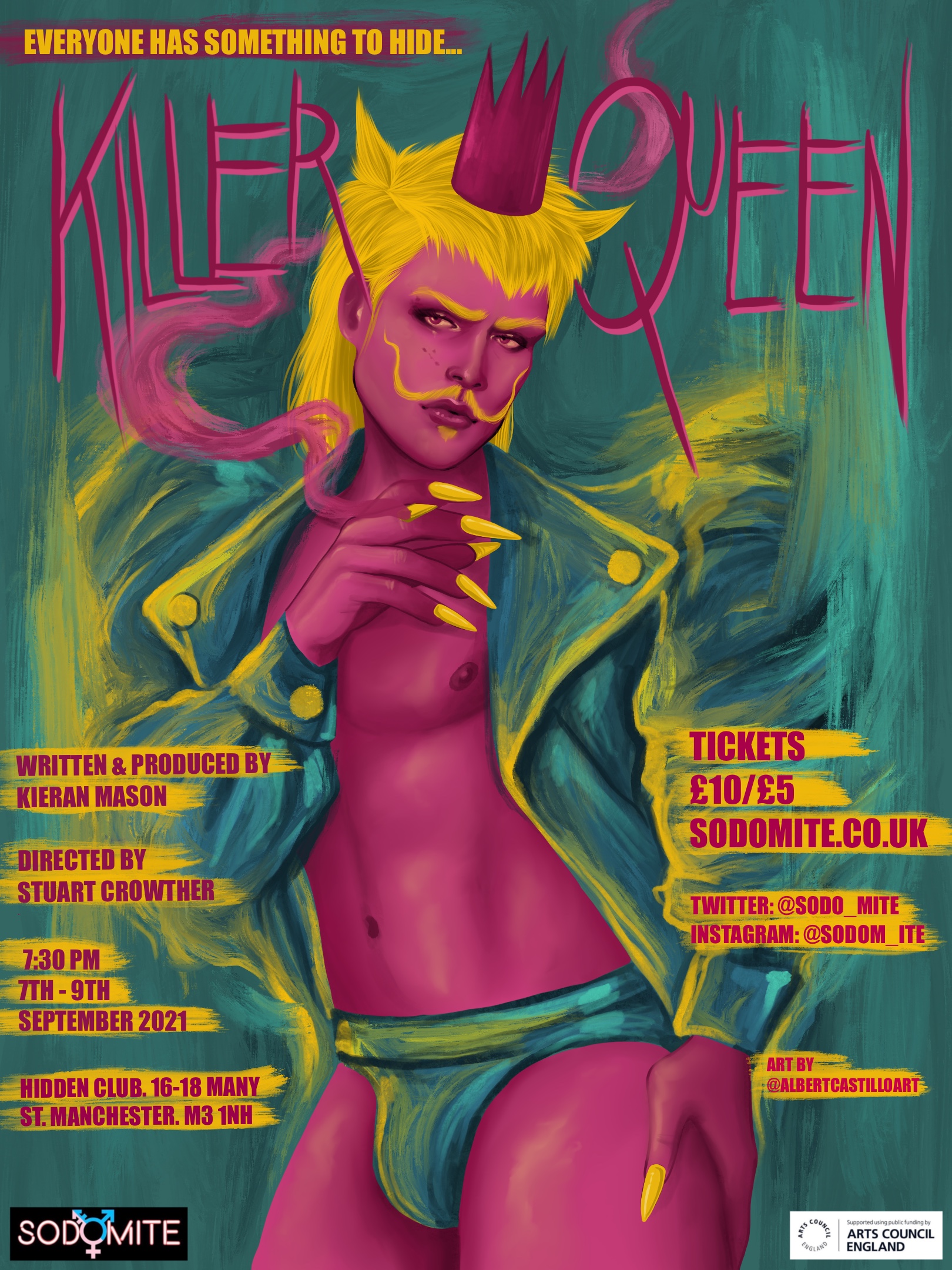