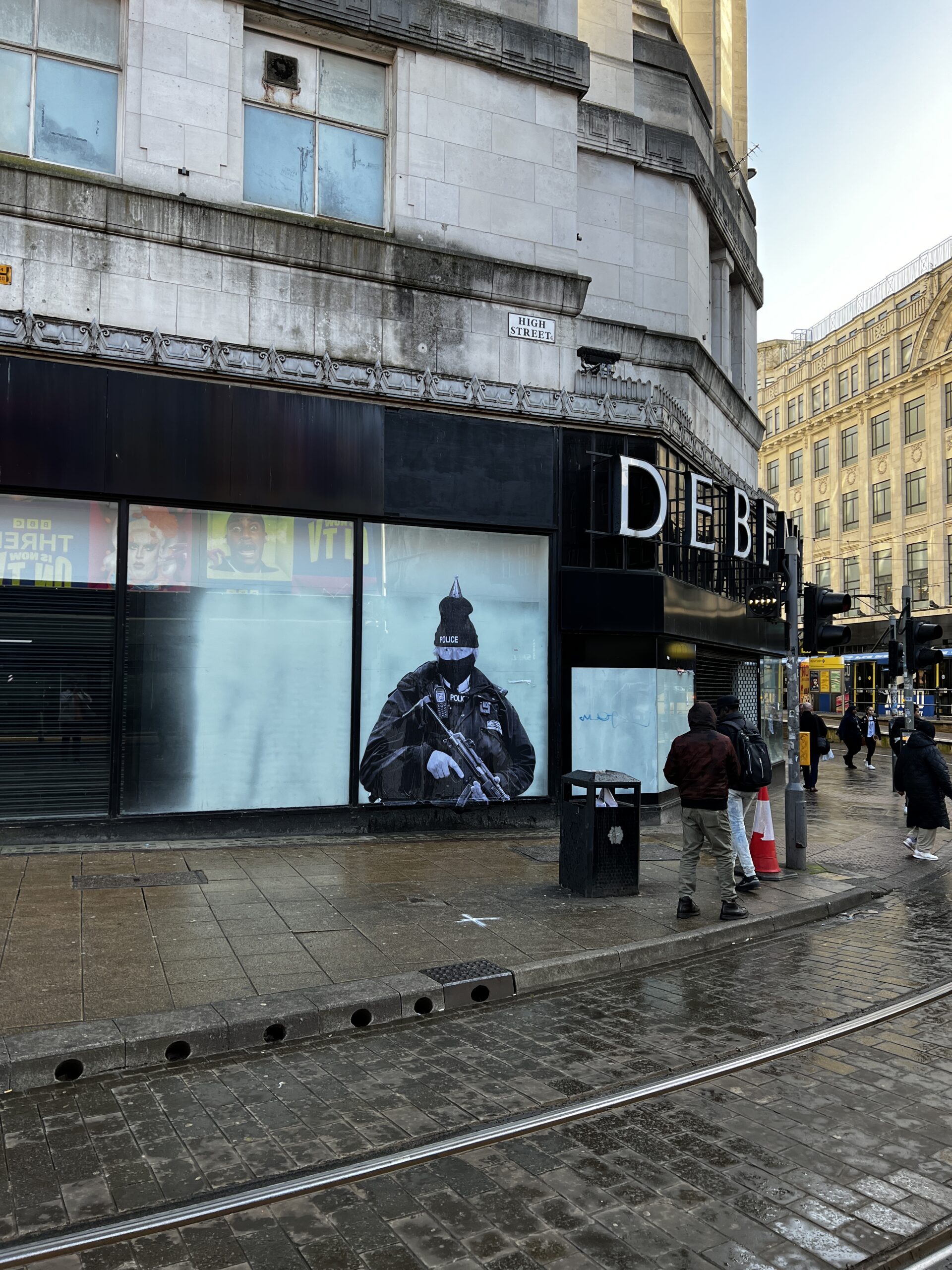 Dubbed as ‘Birmingham’s Banksy’, Foka Wolf, who chooses to remain anonymous, has installed politically-driven pieces around the world, including a huge poster on Market Street, opposite the Tram Stop. 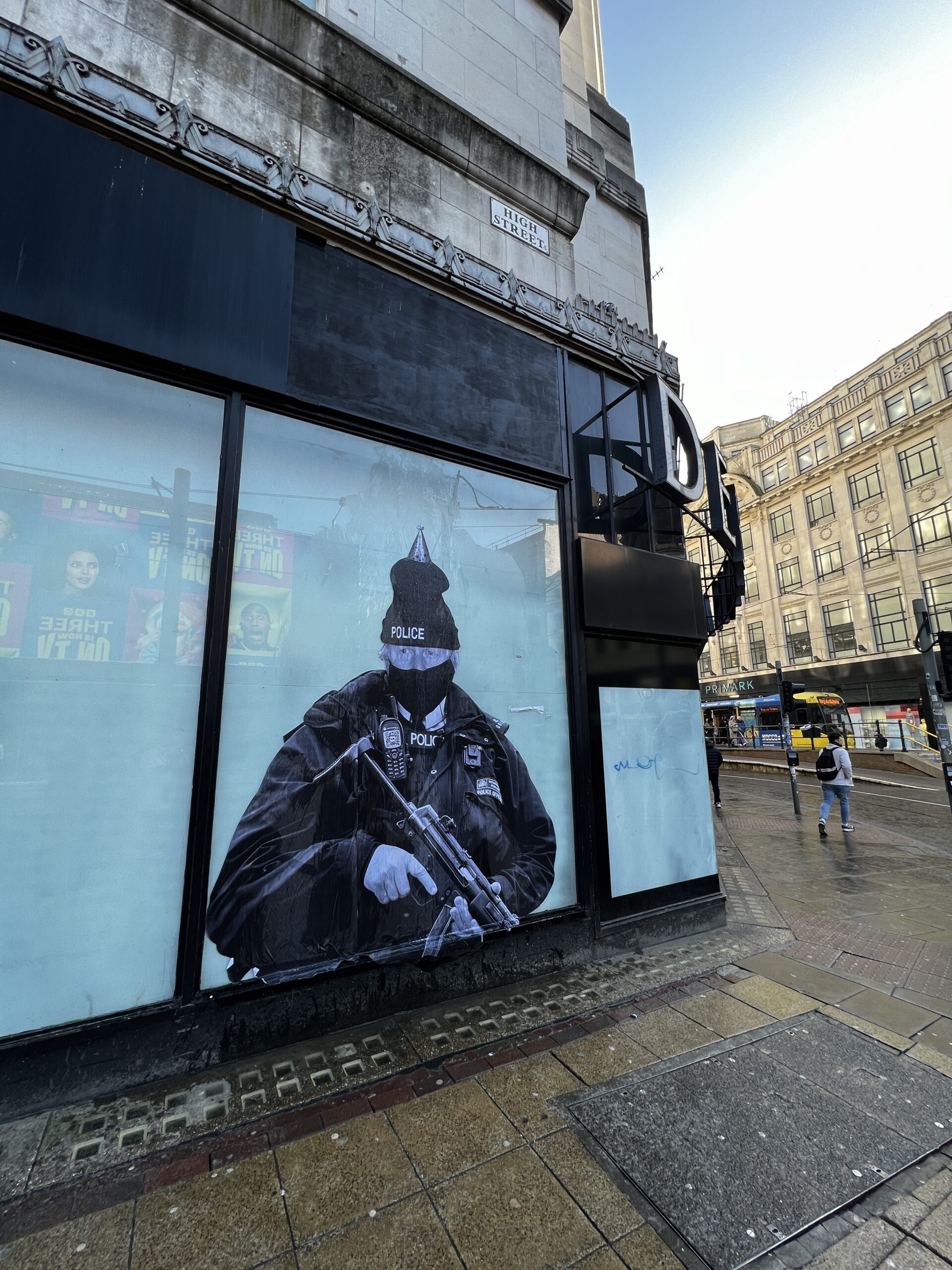 Foka Wolf has been pasting art on the streets for over a decade, but their most recognisable works are their use of fake adverts to create confusion and spread misinformation. Foka’s advertising agency has covered subjects including extension and rent-a-curse, tackling both comedy and serious social and political commentary.

Their work has been featured in the Metro, Time Out and BBC News, amongst many others. Their latest project, ‘Boris Party Police’ is a phygital release, containing both an NFT and a physical of the image.

A portion of the proceeds from this project will be going to charitable organisations that support both frontline workers and carbon offsetting. On this work, Foka stated: “I have decided to paste these Boris Johnsons wearing a police uniform and a party hat to represent the double speak of government. 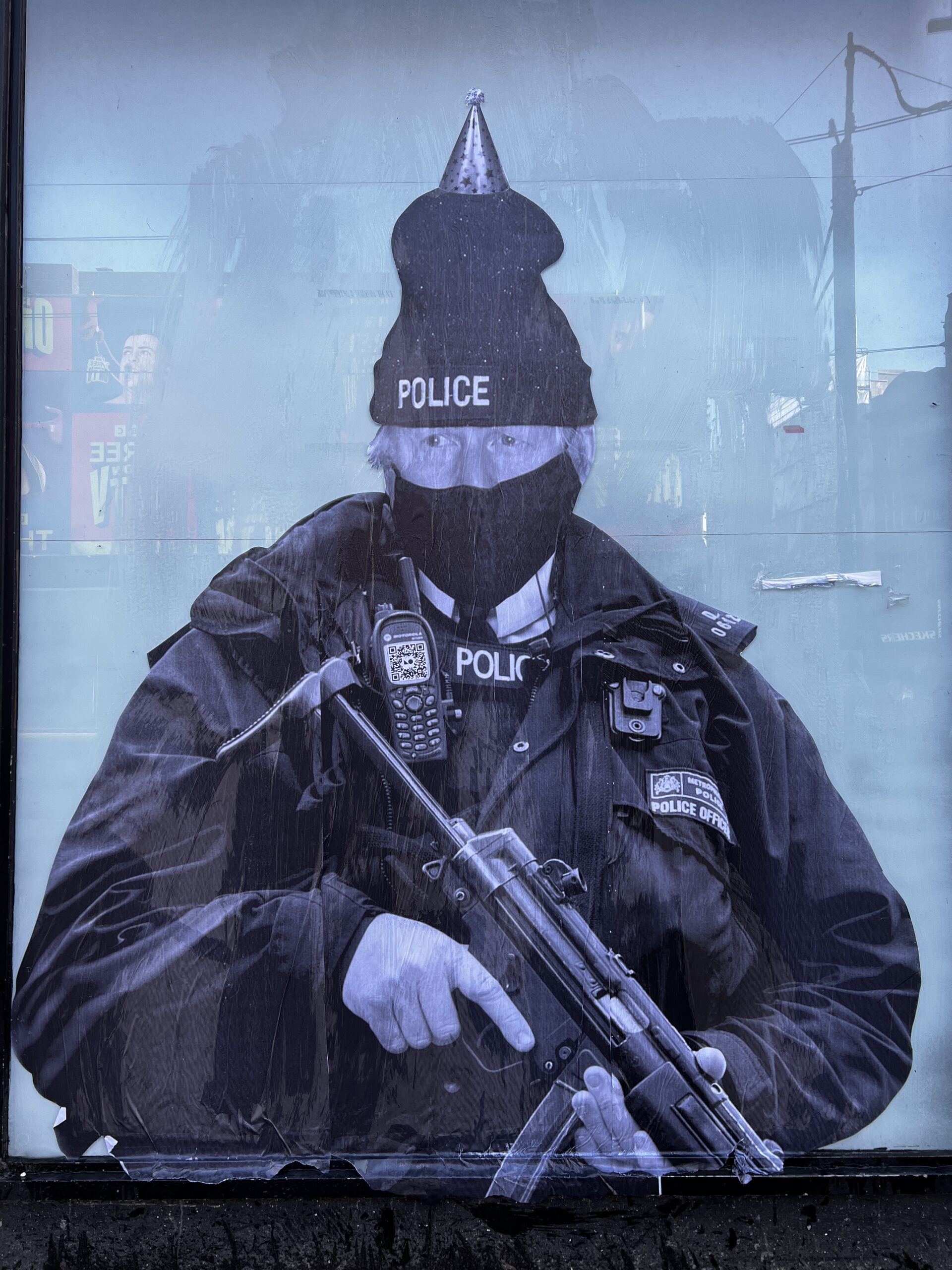 “It will be sold as a set of 73 NFTs that will include an unlockable signed print for every primary sale. 5% of proceeds will go to front line workers and another 5% will go to carbon off-setting.”

These images will be scattered throughout the city centre, with each one featuring a QR code, which has a special surprise for those who scan it with their camera.

This project has been jointly worked on by Foka Wolf and KnownOrigin, an NFT platform based in the heart of Manchester City Centre. 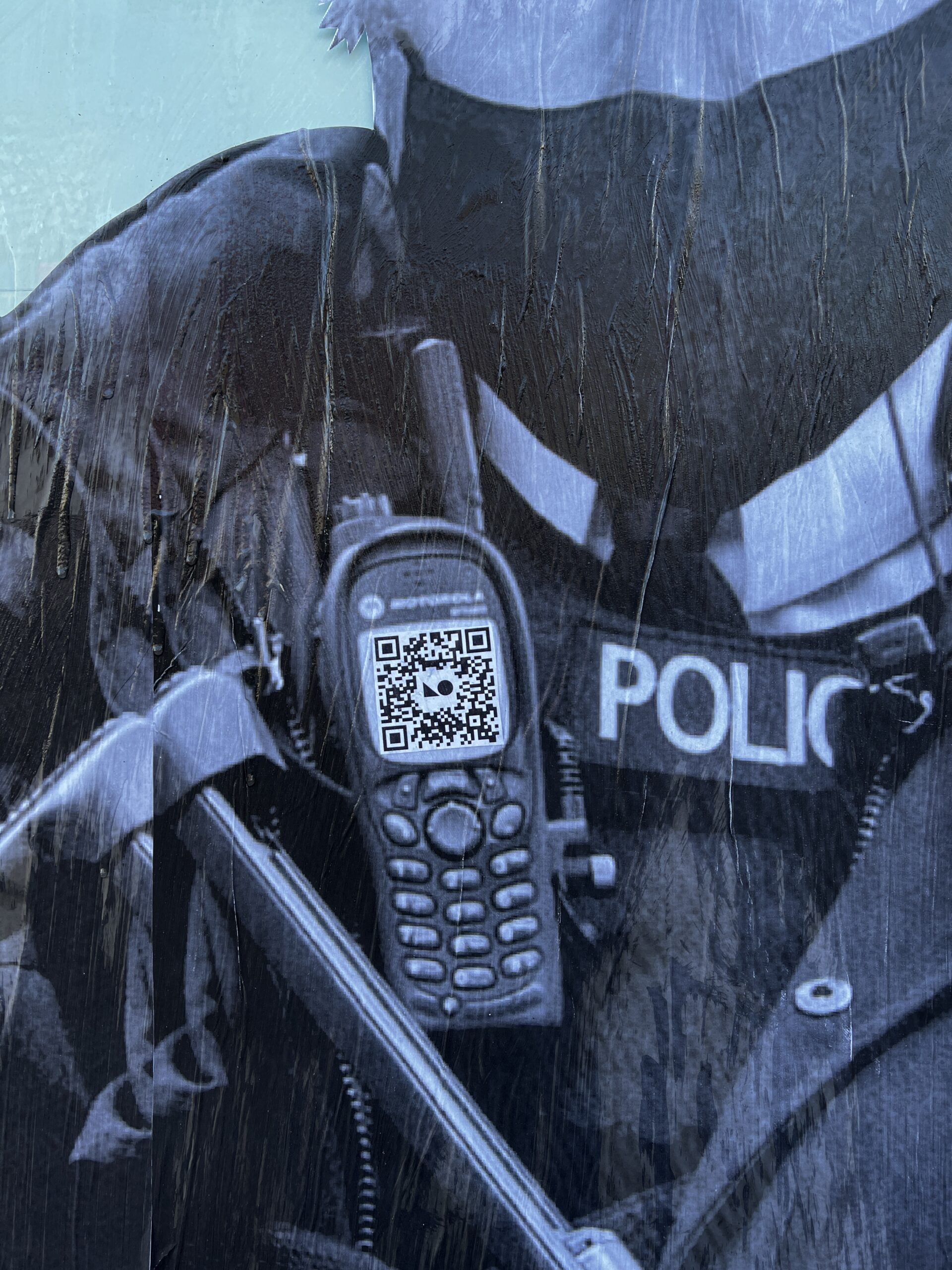 Mecquel Buddington, the Project Lead at KnownOrigin said “Foka Wolf represents everything we stand for as a platform. He creates art that’s outside of the box, has a powerful message and most importantly, is disruptive. The fact he’s donating a portion of his sales to frontline workers and environmental causes speaks volumes for his character.”

Masks Off: The Vogue Ball is a Vital Expression of Identity and Ideas