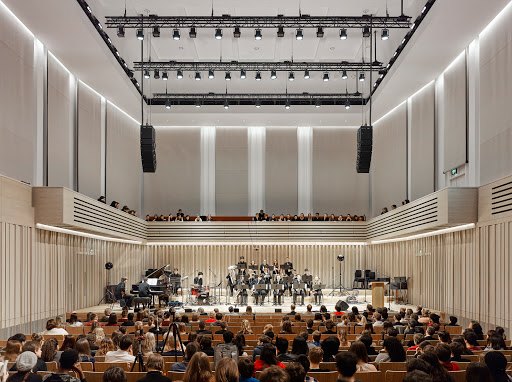 The Stoller Hall is an acoustic masterpiece

Chetham’s School of Music has witnessed more changes to our city than almost any other building you can think of. Dating back to 1421, when the hallowed halls were used as a residence for priests of the nearby church — now Manchester Cathedral — aspiring minds were first educated here in 1653, but it wasn’t until 1969 that the address began focusing on new composers, conductors, and instrumental wunderkinder.

By comparison, Stoller Hall — which sits on the same site — is a much more recent addition to the region’s cultural landscape. Established in 2017, this performance space forms part of a £31million Chetham’s expansion aimed at offering state-of-the-art modern facilities for students at the internationally revered institution, currently the UK’s largest music school. Suffice to say, the concert venue does not let the rest of the new building down. 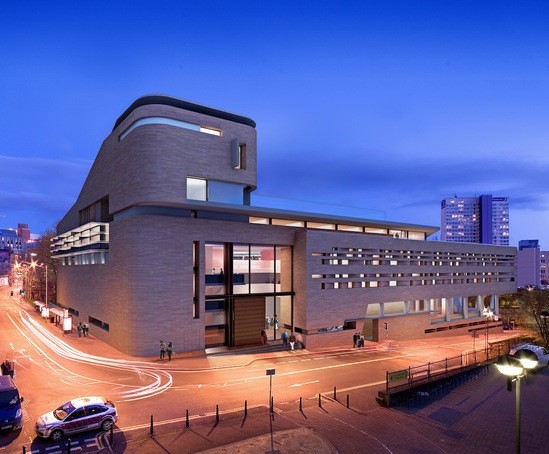 The Stoller Hall sits opposite Manchester Victoria, in the heart of the city

“The acoustics are excellent, it was built for classical and chamber concerts, so it sounds absolutely wicked for that. And if you get a nice vocal indie band in there also,” says Laura Stevens, Marketing Manager at The Stoller Hall, Chetham’s School of Music and Library. “It’s a small, intimate concert venue where you can get closer to the music. So it’s a completely different experience to say, the Bridgewater Hall.”

It’s not hard to see what she means. While across town Bridgewater Hall welcomes up to 2,355 into one of the world’s most acoustically advanced auditoriums, The Stoller Hall offers space for just 482 music lovers. That’s close enough to hear every movement, let alone the notes themselves, all of which sound exceptional, with design specialists Arup ensuring every detail meets world-class standards. Whether that’s high-quality oak sound diffusing panels, low-frequency diffusing treatments on the upper levels, or the fact the ceiling itself acts as a bespoke panel absorber.

“It started with classical and chamber music but has developed over the years,” Stevens replies when we ask how The Stoller Hall has grown in terms of reach. “So we have classical, jazz, folk, contemporary, and this year we have started doing stand-up comedy events. It also exists as a venue for hire, so we recently had the Bordeaux Wine Festival in, and it’s a conference venue too. 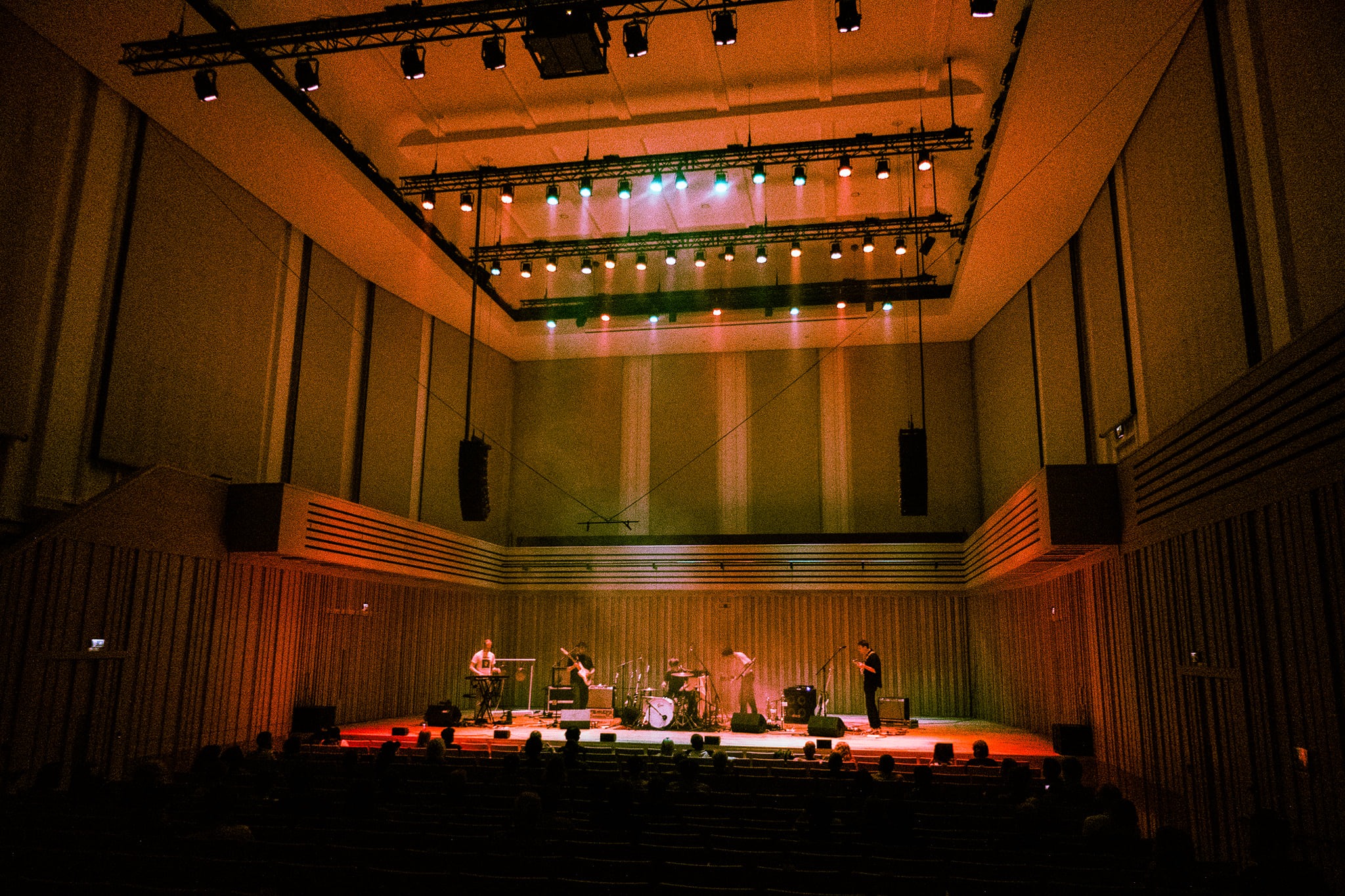 Squid live at The Stoller Hall

“It plugs a gap in the live venue market in Manchester, definitely. It’s mid-sized, built for classical music,” she says of The Stoller Hall’s unique place in the city’s music scene. “But then Squid, for example, they came and did some rehearsal shows before they went on tour and that was really nice, we had a lot of great feedback about that. Their loyal fans could come in and see live music on stage before it was released. Then we work with external promoters like Kilimanjaro and SJM, who work with a lot of emerging talent.”

This weekend The Stoller Hall combines with Chetham’s School of Music for the site’s first-ever festival. Running on Saturday 25th and Sunday 26th September, Medieval Manchester Festival matches the venues for individuality, and has been conceived to commemorate a landmark date in the history of this prestigious address.

“Well, it’s 600 years of Cheetham’s. So we decided it was cause for celebration, and it binds all the different venues together well. We’ve never done anything like this before so it’s a bit of an experiment,” Stevens explains. 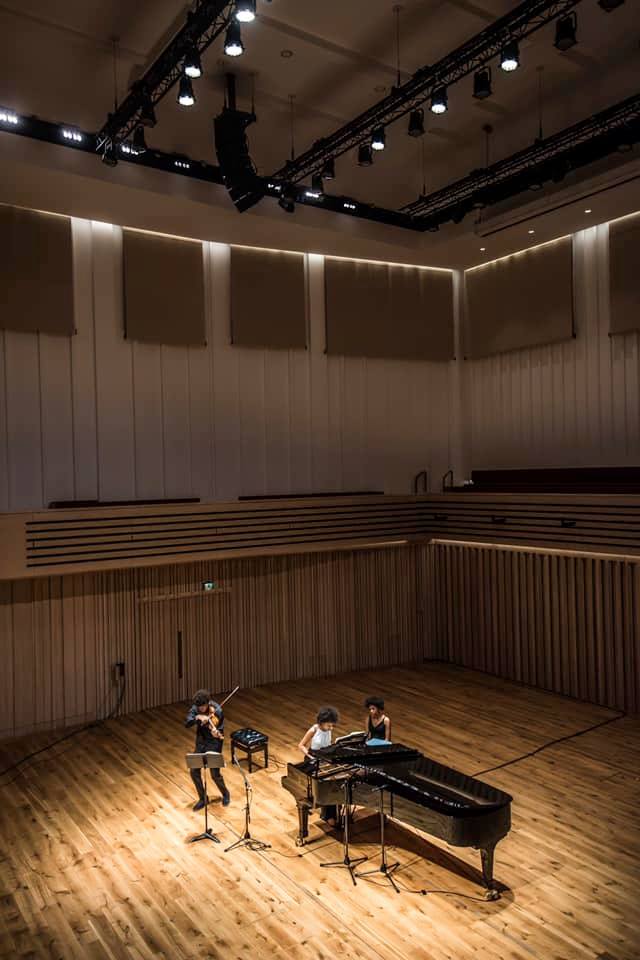 The Stoller Hall allows music fans to get up close and personal with artists, bands and orchestras

“It’s packaged up with lots of different things and targeted mainly at the family market. So there’s loads of things going on — stilt walkers, jesters, medieval food, drink, storytelling with Jonathan Schofield and a kid’s storyteller called Ian Douglas, tours of the library, Horrible Histories are here, and then there’s Baroque music, too.”

The Medieval Manchester Festival programme is split between ticketed events and free walk-up shows. In addition to one-of-a-kind performances, attendees can expect to find creative music workshops, archery displays, dance exhibitions, choristers from Manchester Cathedral, street magicians, bookstalls, and craft competitions. All in keeping with the Middle Ages theme, although, from where we’re listening The Stoller Hall is guaranteed to be a highlight for many.

The Stoller Hall is located at Hunt’s Bank next to Manchester Victoria — Metrolink, local and regional rail services all serve the station. For full programme information and tickets head to The Stoller Hall online.