The culmination of 'The Walk' that began in late July... 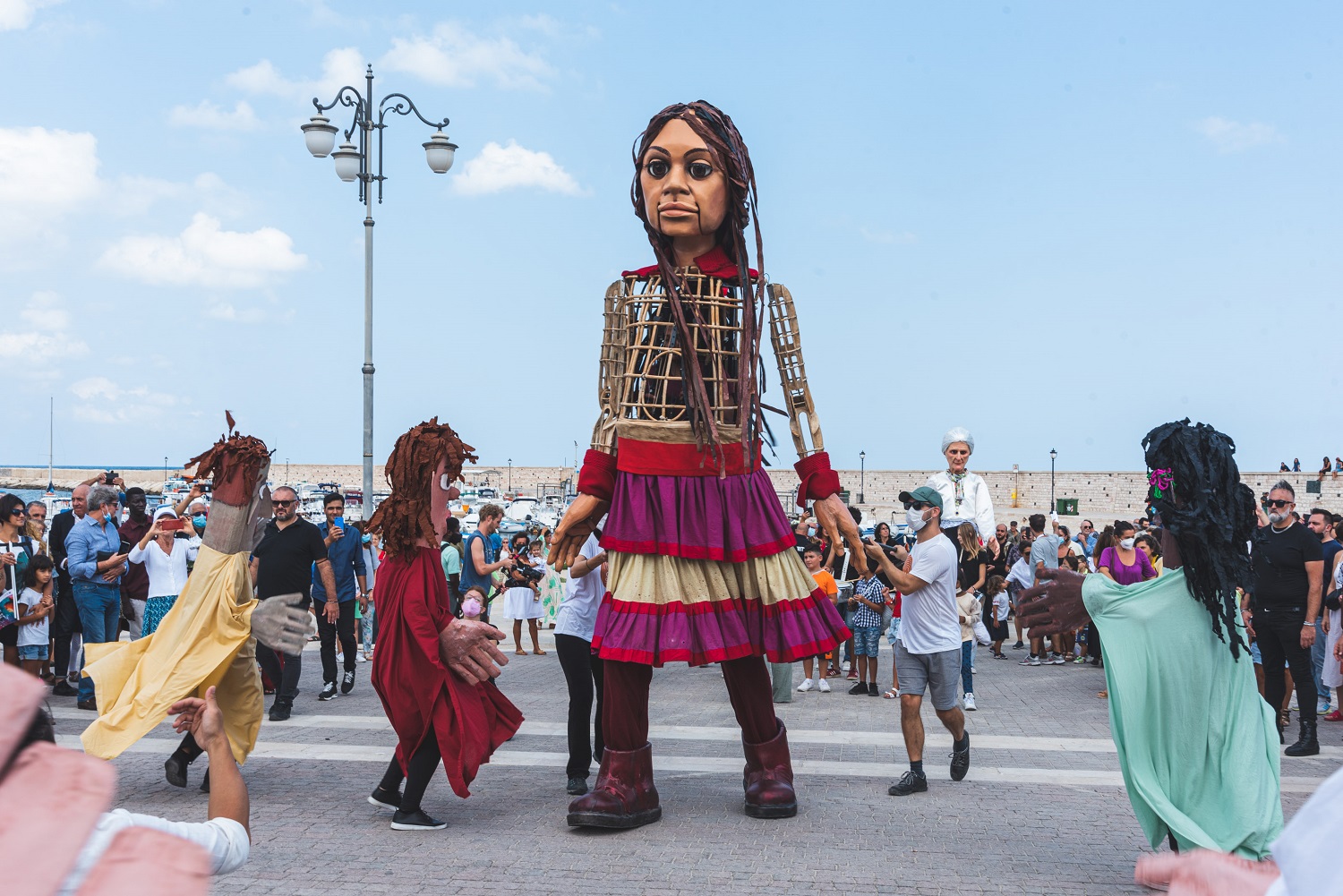 The epic 8000km journey of Little Amal, a nine-year-old refugee girl in the form of a 3.5 metre puppet that began in late July at the Turkish-Syrian border will come to a close in Manchester.

Little Amal has travelled from the Syrian border across Turkey, Greece, Italy, France, Switzerland, Germany and Belgium in search of her mother.

In 65 villages, towns and cities she has been welcomed by artists of every kind – dancers, singers, film makers, painters – as well as civil society and faith leaders at the highest level.

Her journey represents those taken by the millions of people who have been violently displaced by war or persecution, especially children. At this time of multiple global crises Amal’s urgent message to the world is “Don’t forget about us”.

The finale moment of The Walk will be marked with a free large-scale outdoor event, titled When the Birds Land, at 7pm on 3rd November in Manchester, a city that has long welcomed its diverse and dynamic population of refugee and migrant communities, and has the highest concentration of dispersed asylum seekers in the UK outside of London. 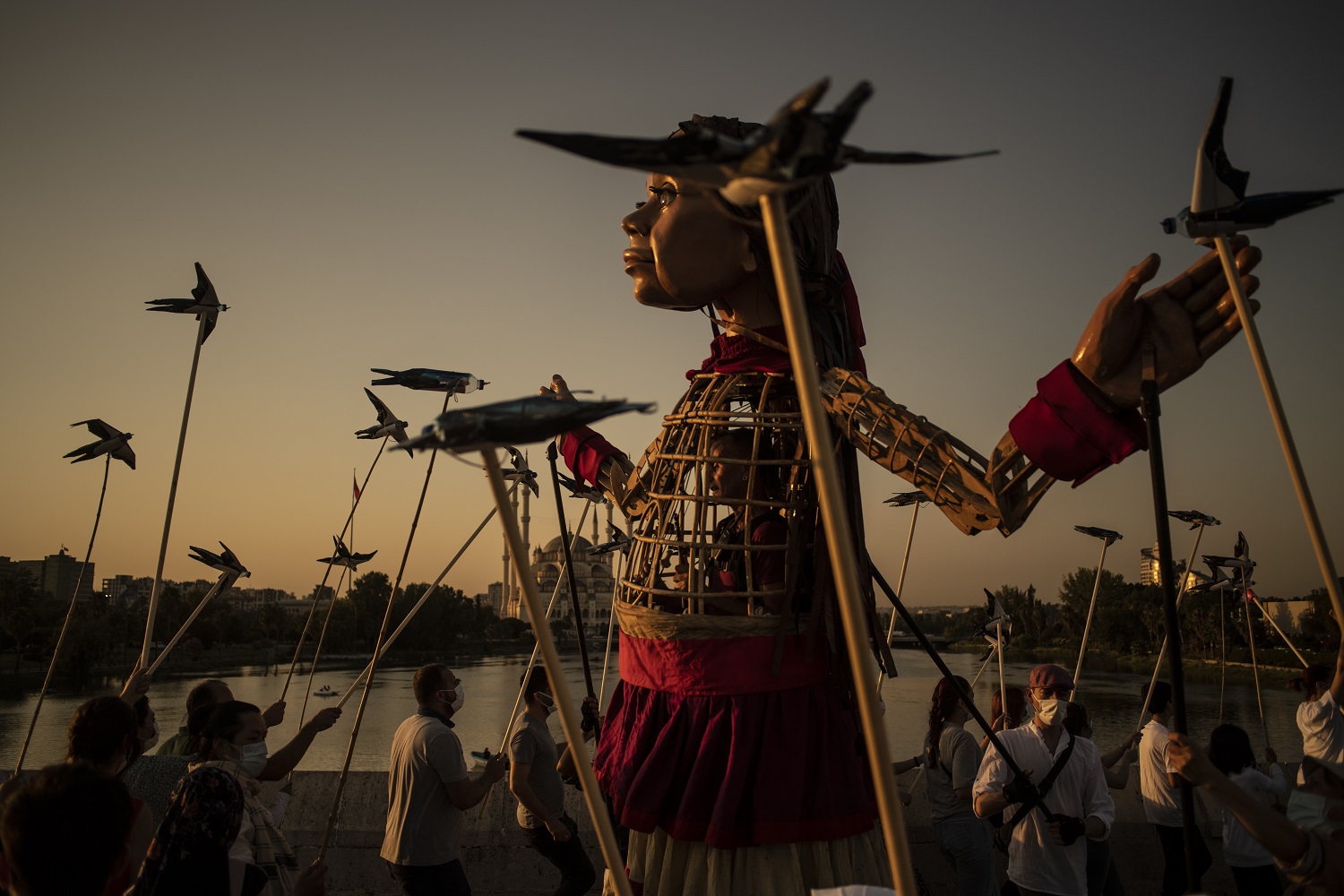 The openhearted spirit of the city will be displayed with people of all ages and from all areas of Manchester, greeting Little Amal through live music and song, puppetry and dance.

When the Birds Land has been created through collaboration with an advisory group created by MIF, made up of adults who identify as refugees and asylum seekers and their allies, as well as a creative team that includes renowned puppeteer Sarah Wright and led by film and theatre director Simon Stone (The Dig, Yerma). 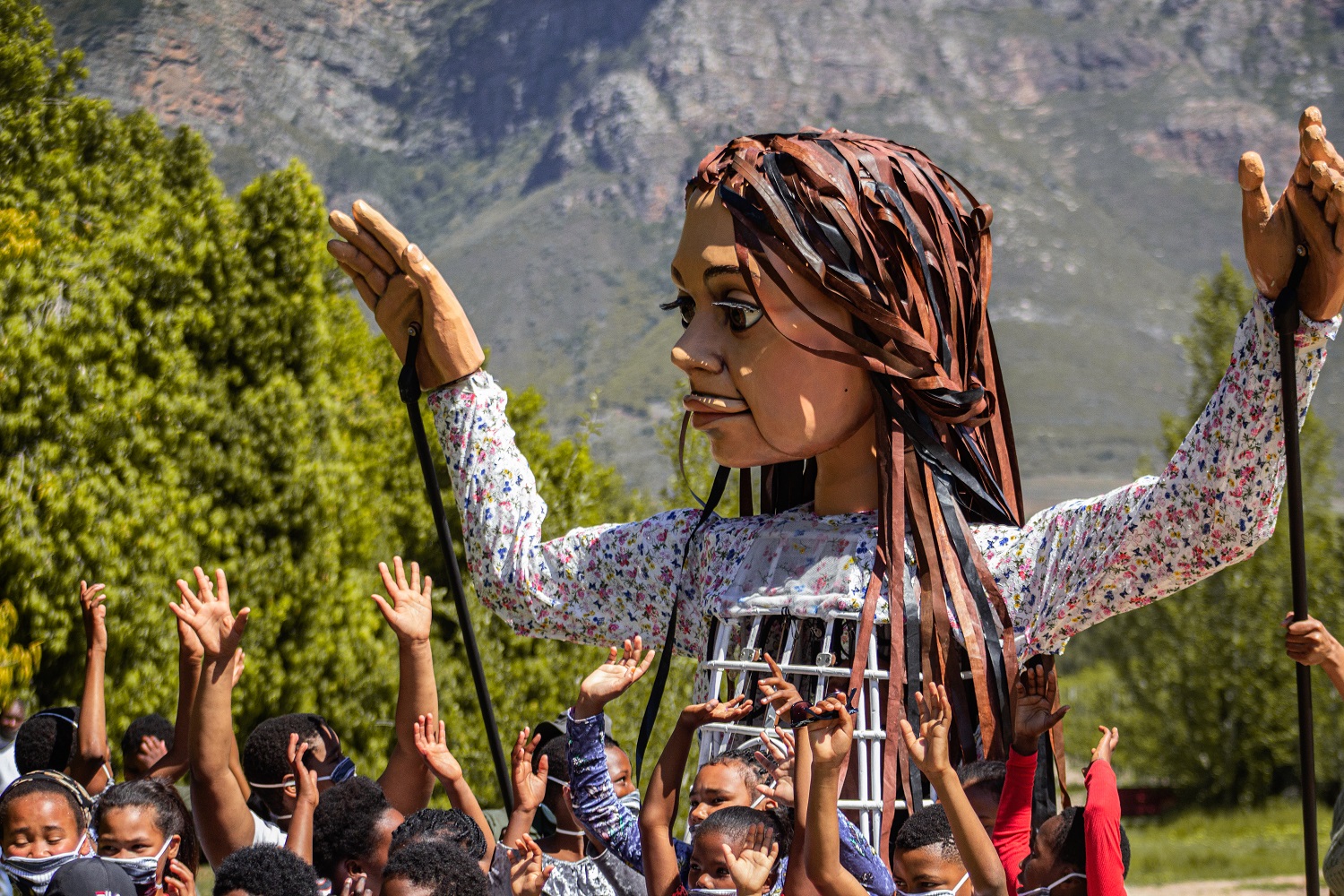 A creative learning programme led by MIF running throughout October will engage around 4,000 pupils through distribution of education packs, plus music sessions with Music Action International and creative dance and drama workshops with Magdalen Bartlett will take place across 10 primary schools in Greater Manchester.

Manchester Street Poem, an art collective of people with lived experience of homelessness, will create a book of stories for Little Amal, whilst Caring and Sharing, Rethink Rebuild Society, and Support for Wigan Arrivals Project, community organisations who support asylum seekers, will create a patchwork quilt for Little Amal with local artist Ibukun Baldwin.

On the 31 October and 2 November, Little Amal will go to Wigan and Rochdale visiting communities there ahead of The Walk’s culmination. 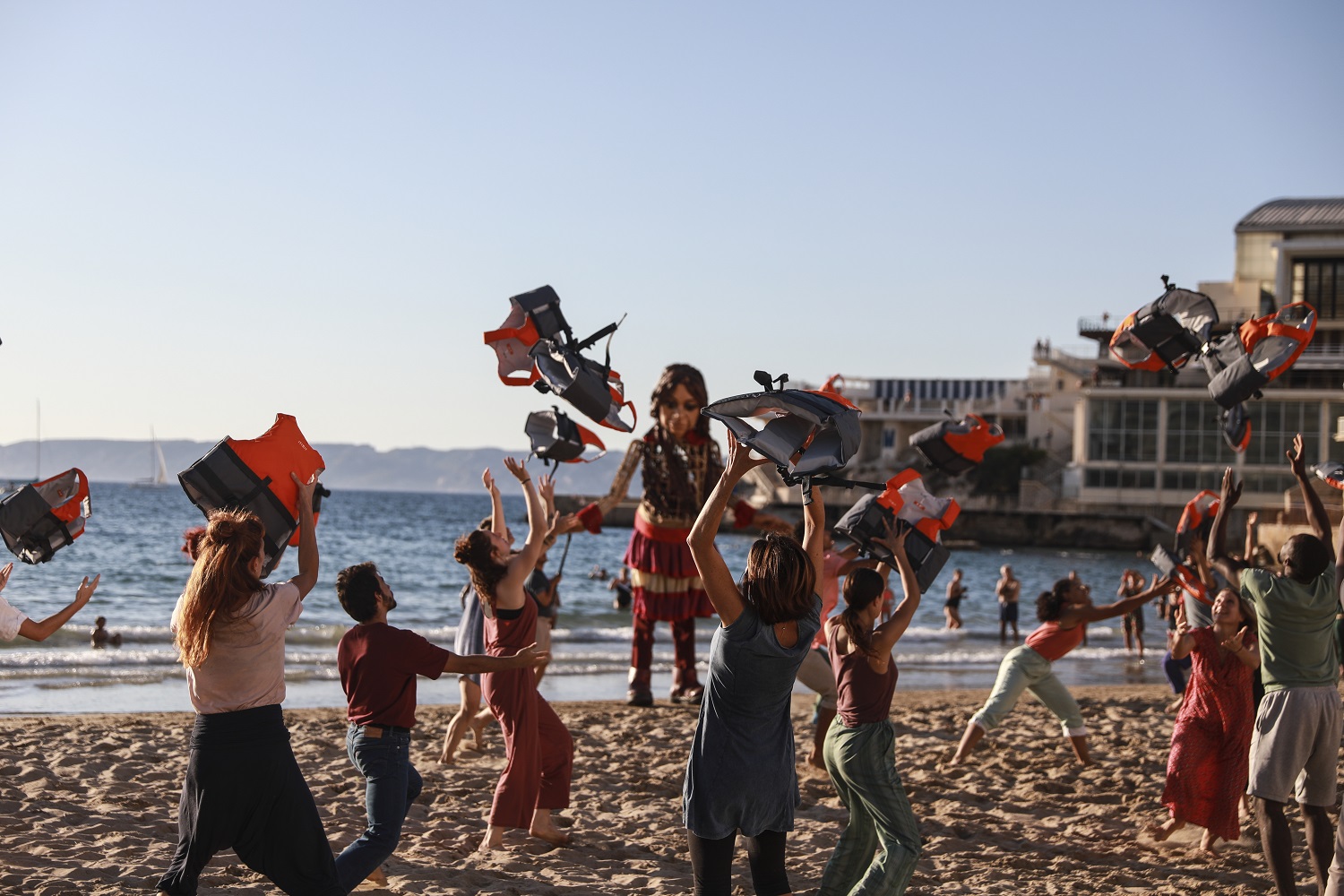 John McGrath, Artistic Director and Chief Executive of Manchester International Festival said “We’re delighted to be a major partner on The Walk. At Manchester International Festival we have a proud history of creating participatory events that bring the city together. As we continue to navigate these uncertain times, the power of arts and projects like these to start important conversations, create connections and safely bring communities together is more important than ever. We hope that everyone who calls Greater Manchester their home, will help us welcome Little Amal when she arrives at the end of her long journey.”

Amir Nizar Zuabi, Artistic Director of The Walk stated “It is because the attention of the world is elsewhere right now that it is more important than ever to reignite the conversation about the refugee crisis and change the narrative around it. Yes, refugees need food and blankets, but they also need dignity and a voice. The purpose of The Walk is to highlight the potential of the refugee, not just their dire circumstances. Little Amal is 3.5 metres tall because we want her to inspire us to think big and to act bigger.” 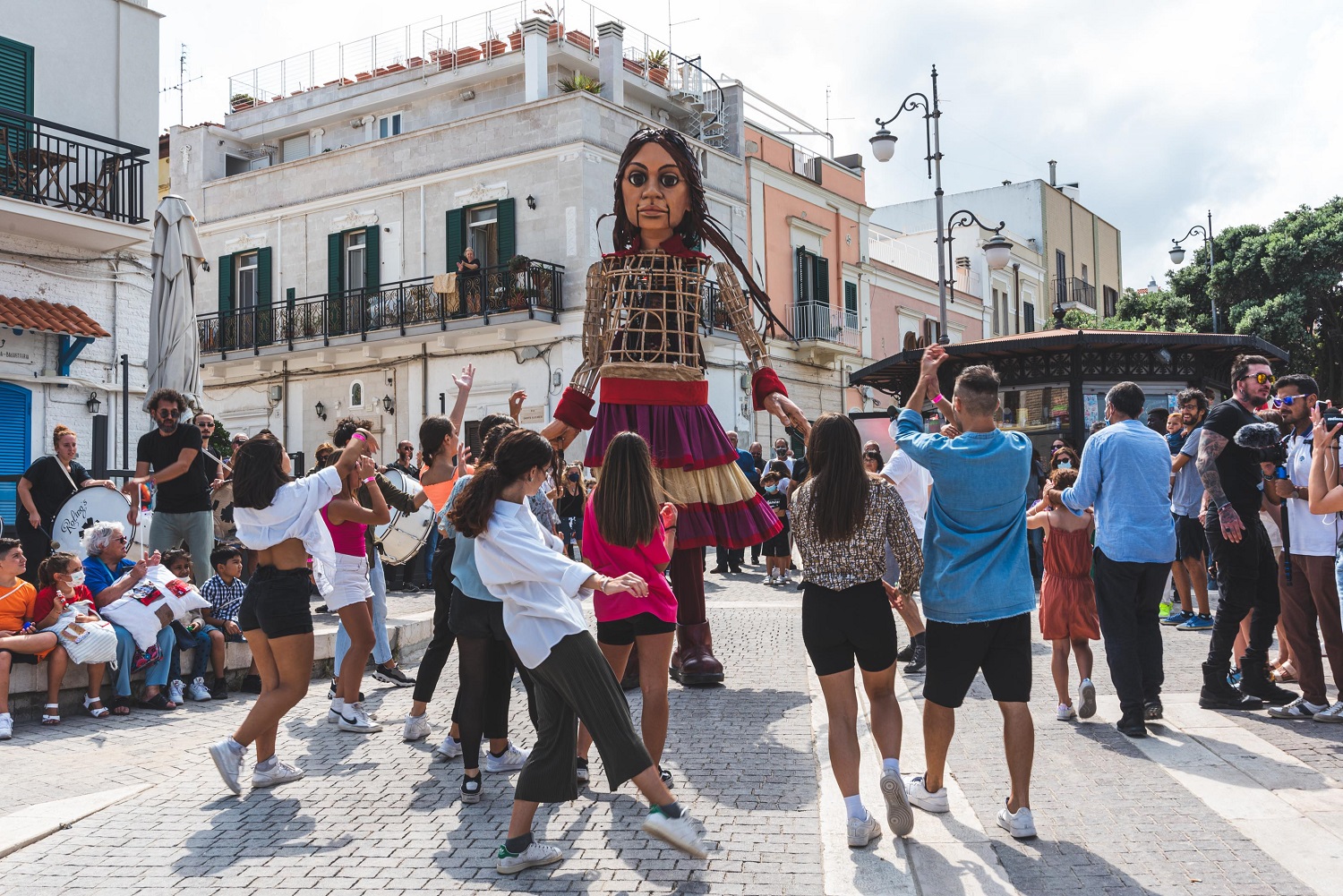 Simon Stone, Director of The Walk: When the Birds Land added “It’s the end of Amal’s odyssey. She’s arrived in Manchester. A city with a rich history of immigration, a stunning array of diverse stories, a social fabric that weaves difference and togetherness into one despite its paradoxes. It’s the kind of city Amal can rest her weary feet. And know the conflict and struggle that lie behind her have a place to be heard and, hopefully, healed. Amongst her own, amongst strangers. The new adventure begins.”

Tickets for The Walk: When the Birds Land are free and can be booked from Thursday 14th October…