Made in Manchester: The Royle Family 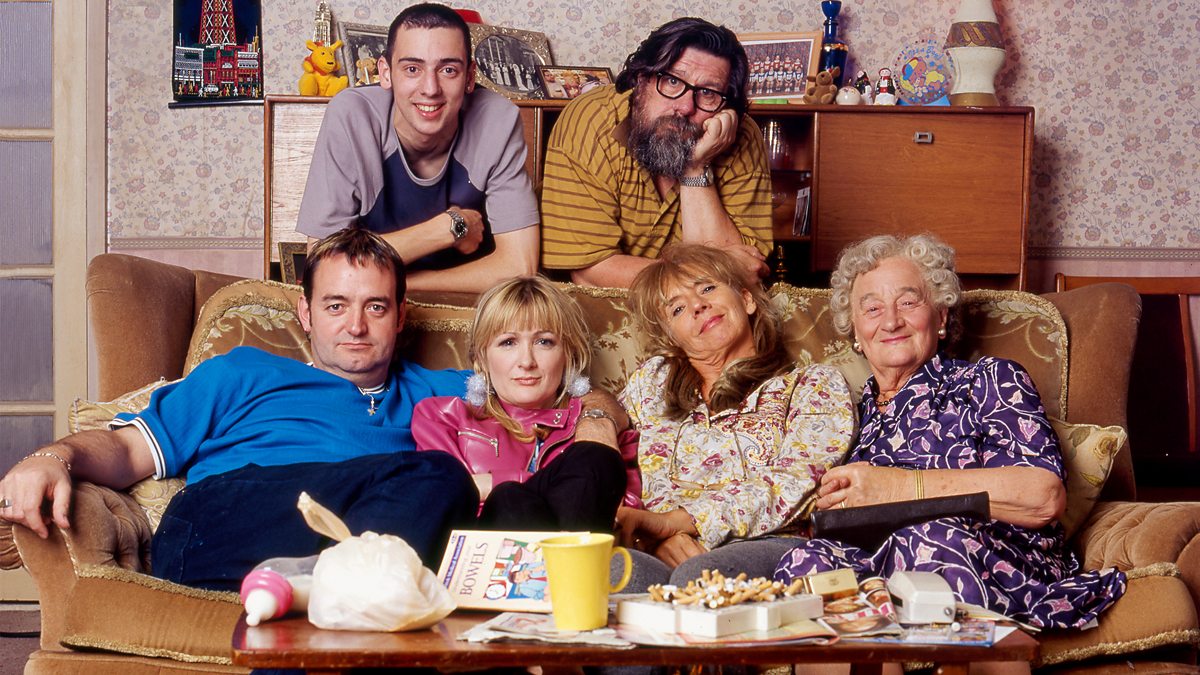 Back in 2007 when I was living in some random city in the middle of mainland China, and even when I moved to Barcelona to pursue a career in teaching Physics, there was one thing that I took with me that got me through all of the times that I felt homesick.

No, it wasn’t a picture of my mum, or a little jar of Marmite. It was a DVD of The Royle Family. Literally a warm and cosy trip back to Manchester, that no matter where I was in the world – has always makes me feel at home.

It’s undeniably one of the greatest sitcoms ever made, a slice of late 90s and early 00s Manchester that’s still not only laugh-out-loud funny 20 years later, it’s also just as relevant as it ever was. 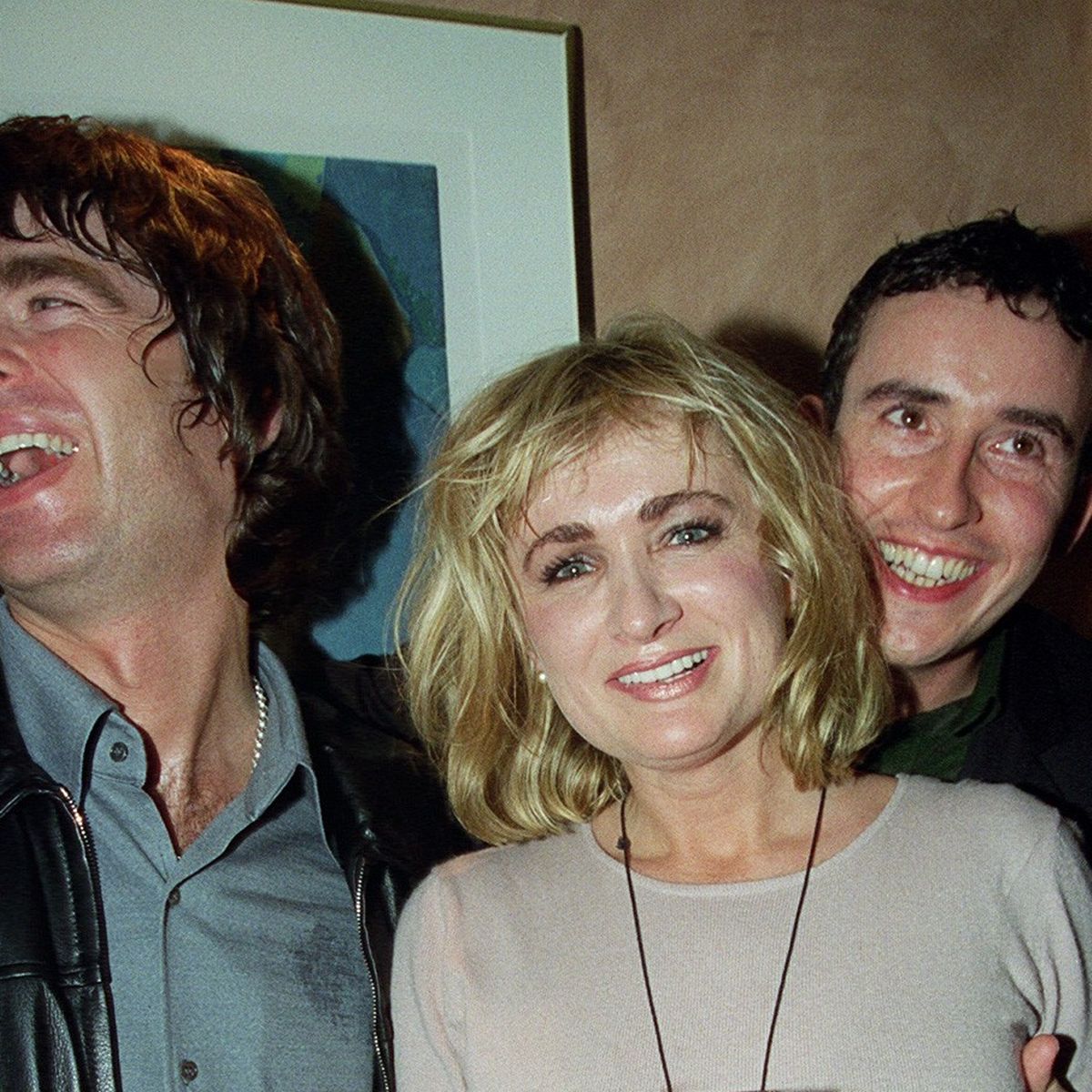 And best of all – it was made, devised, filmed and written right here in Manchester, by a couple of relatively unknown comedians (at the time) – Caroline Aherne (Wythenshawe) and Craig Cash (Stockport).

Actually though, there was a third party involved too. Much like the well-loved League of Gentlemen, a ‘silent partner’ for The Royle Family exists – a man who helped create many of your favourite shows from Britain’s biggest comedians.

His name is Henry Normal and he co-created The Royle Family with Craig & Caroline – he himself starting off as a poet around Manchester before writing and creating the Mrs Merton Show, Paul and Pauline Calf (with Middleton lad Steve Coogan) and plenty more. 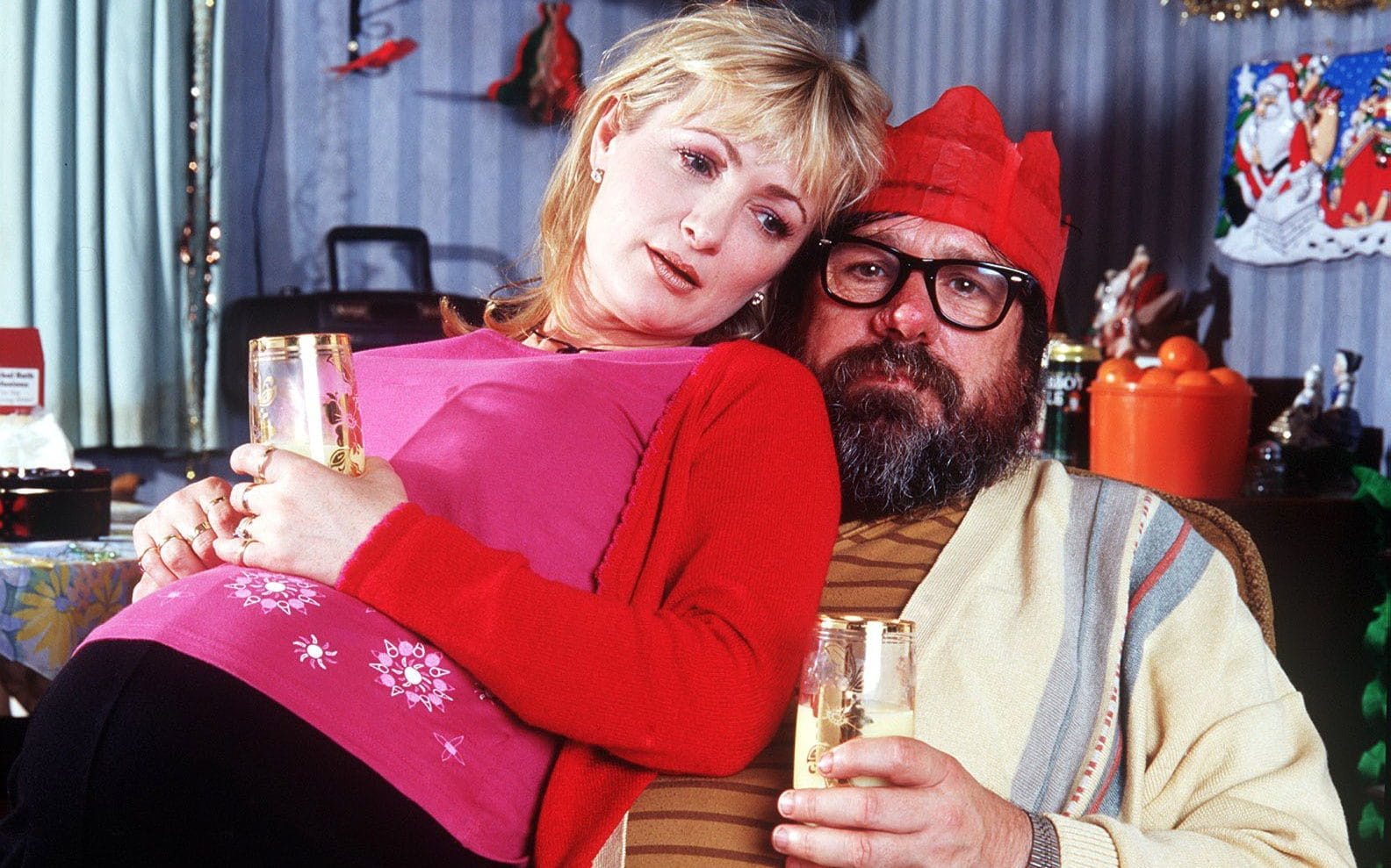 Back to The Royle Family, and many see the series as the brainchild of Aherne and Cash, or Denise and Dave as we more affectionately known them.

The pair met when they were both working at Piccadilly Radio, and Aherne went on to star in The Smell of Reeves and Mortimer (with Vic & Bob) before creating the character Mrs Merton.

In fact, Mrs Merton was a character that she’d already been using for years, most noticeably on the radio with Frank Sidebottom. By 1994 though, she was the star of her very own chat show – The Mrs Merton Show – where celebrities would come on and generally get the piss taken out of them. 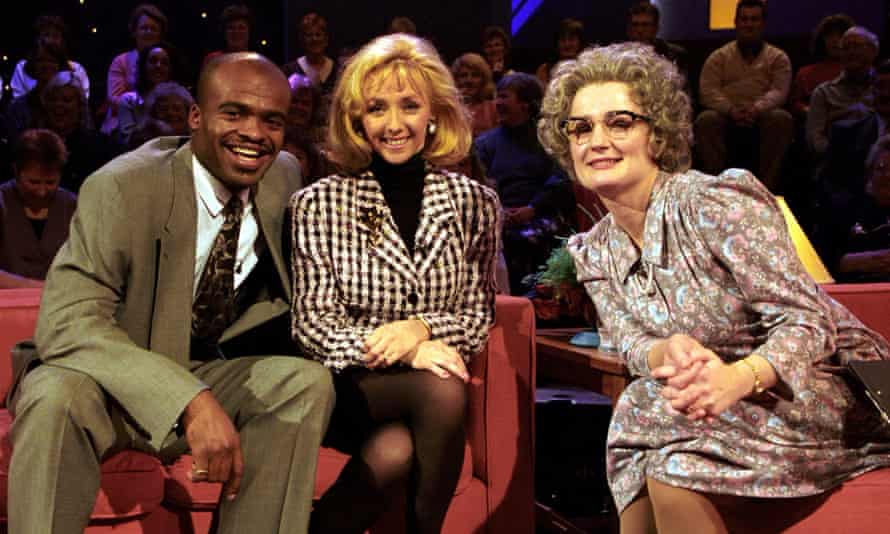 It was well ahead of its time, years before Ali G took it to the mainstream, and the show even featured guest appearances by Craig Cash as Mrs Merton’s idiot ‘man-child’ son Malcolm.

But behind the scenes, the trio were working on a new show, one that would break all the boundaries of what a sitcom should be – and introduce the world to a working class family from Wythenshawe – The Royles.

The very first episode aired on BBC Two on 14th September 1998 and almost straight away was a huge success. Caroline herself claimed in later years that she hated the first episode – but the British public were enthralled. Although most British sitcoms in the past had all been typically based in the same location, The Royle Family went further – creating an intimacy never before seen or experienced on telly. 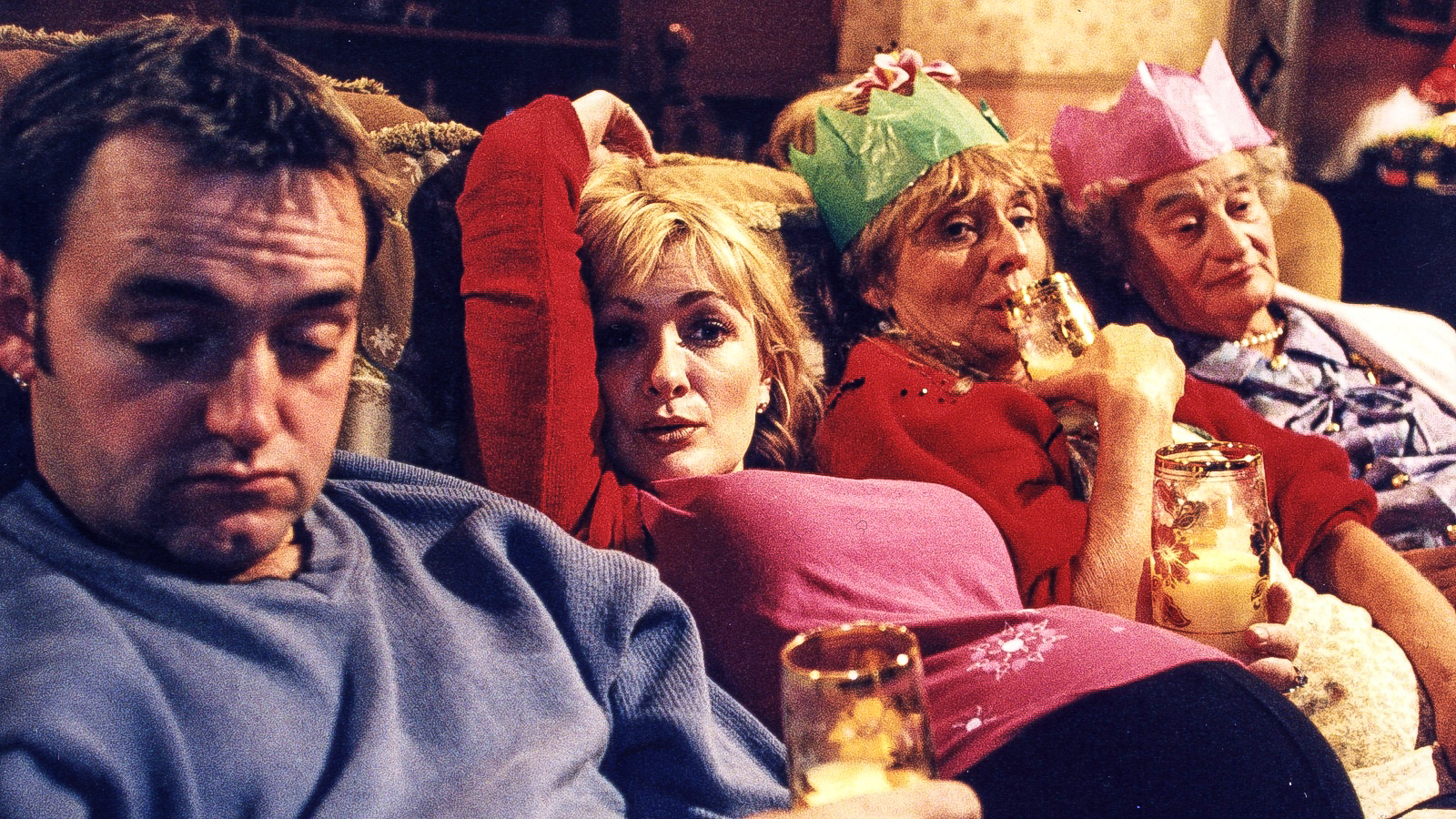 One of the major differences between The Royle Family and other sitcoms is also one of the things that Ricky Gervais and Steven Merchant attribute to the success of The Office 3 years later. “It’s like real life but with the boring bits left in” – and that’s exactly what you’re seeing when you’re watching the Royles.

Jim will be picking his arse while Barbara is watching Corrie, and Anthony is peeling the spuds. It’s the things we all do (or have done) in our houses right up there on the screen. The silences, the arguments, the awkward bits where Joe comes in from next door, or the sheer delight in learning that you’re having a chippy for tea – it’s amazing – and a window into the lives of millions of people all around the country. 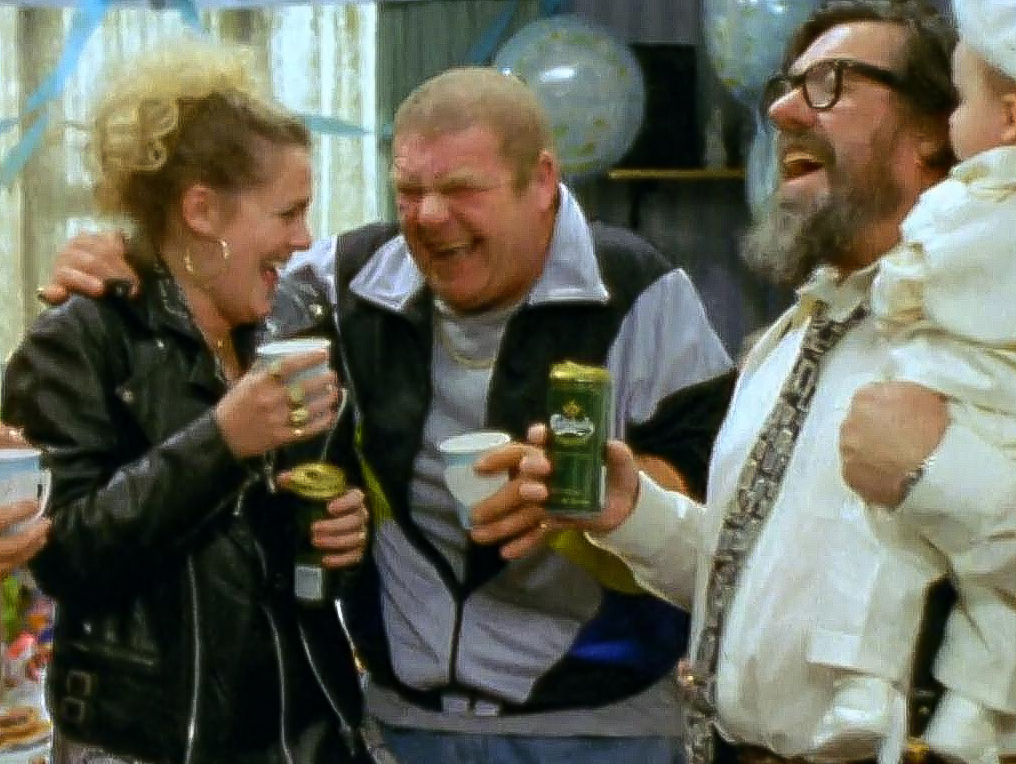 The fact that the whole programme was set, written and filmed in Manchester is a serious feather in our regional cap – and one which adds to a legacy going back more than 70 years with the arrival of Sidney Bernstein in the 50s and the creation of Granada TV.

It’s also a testament to Mancunian tenacity that the show was even made in the first place, as Aherne fought tooth and nail with TV execs to get it made the way that they wanted it to be. It’s noticeable for its lack of a laughter track or studio audience – both things that were considered sitcom suicide back in those days, and the push for bigger, more dramatic storylines from the suits eventually fell on deaf ears. 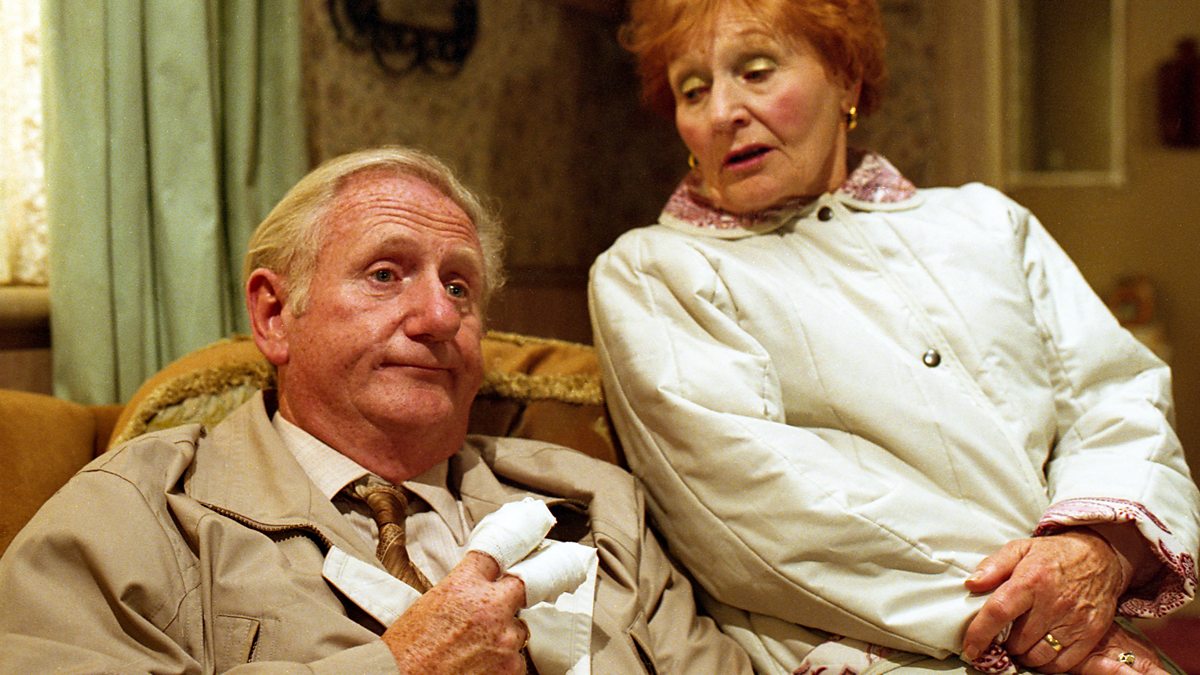 But to us the storylines are important – because they’re SO real. The biggest drama in one episode is finding out who stepped in dog shit on the way there, while another one sees Dave & Denise arguing over some tart down the pub (Beverley Macca), or Nana stealing the remote from Jim.

The first three seasons, and the subsequent special ‘The Queen of Sheba‘ which deals with Nana’s death are, to me, absolute genius. There’s barely a missed opportunity for a laugh, and the pathos that’s getting thrown about makes Only Fools and Horses look like Mrs Brown’s Boys.

The series came to an end in 2000 when Ricky Tomlinson and Aherne stepped away from production. However, the team would continue getting together for regular specials right up until Caroline’s untimely death in 2016. 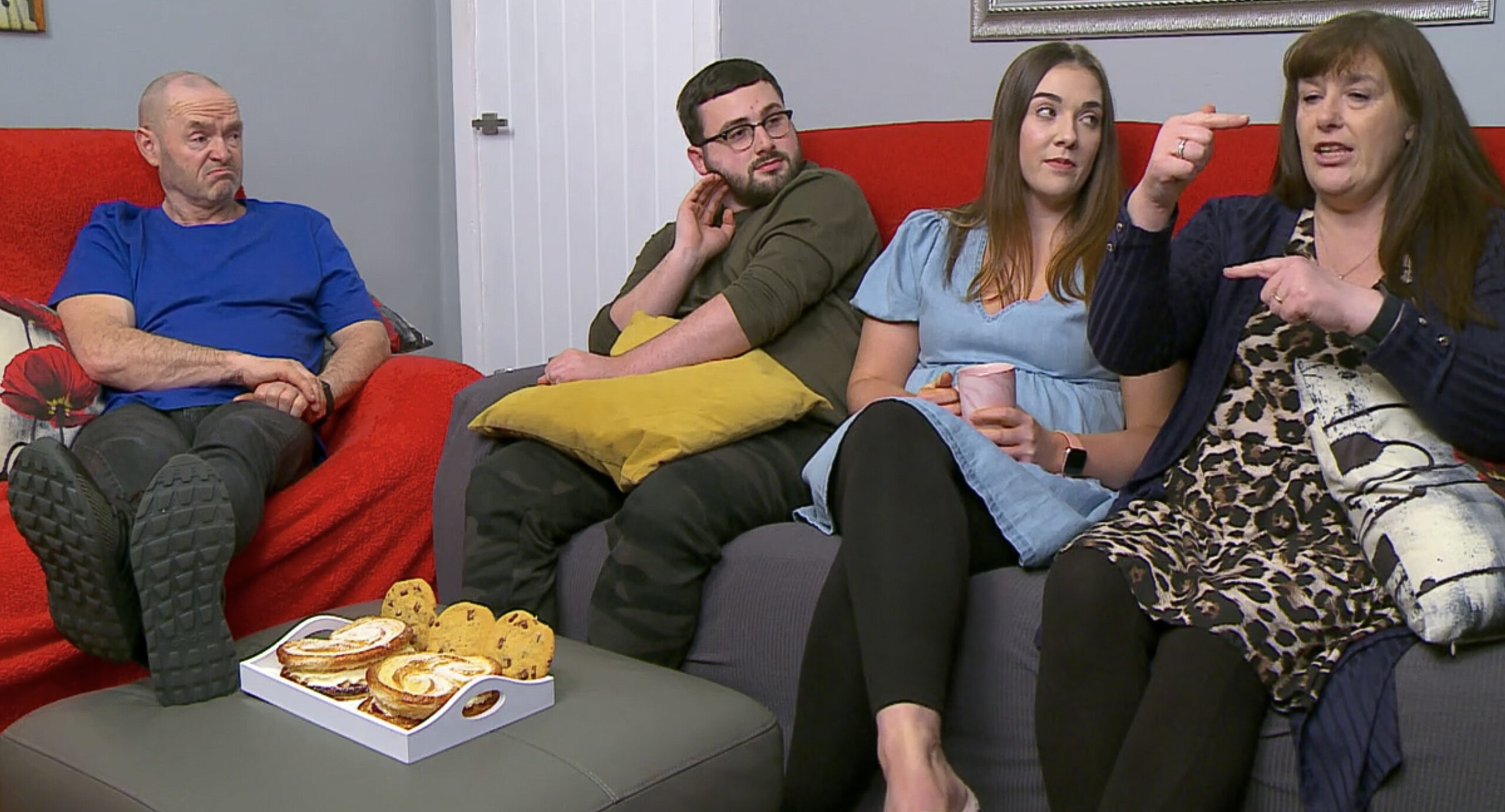 But The Royle Family still lives on, both in our minds and in our hearts. My wife and I regularly watch it pretty much once a week – it makes us feel all warm, secure and part of the family. It’s a show that will live forever, and has even gone on to influence arguably the biggest show on TV right now – Gogglebox.

Probably the biggest hit for Channel 4 in the last 20 years, Gogglebox literally takes everything that made The Royle Family so appealing, and then adds real people. They even had Caroline Aherne narrating the first few seasons, with Craig Cash taking over after her death.

Hearing him say “iiiinnnn Blackpool” just reminds me of him playing Dave – and once again we’re in someone’s home, watching them watch the telly and getting a unique insight into their lives. And that’s all down to The Royle Family.