While many are still asking what a non-fungible token is, the industry is making billions, with art driving much of the frenzy. So we drafted in a prominent creator to explain what he's up to, and what it's all about. 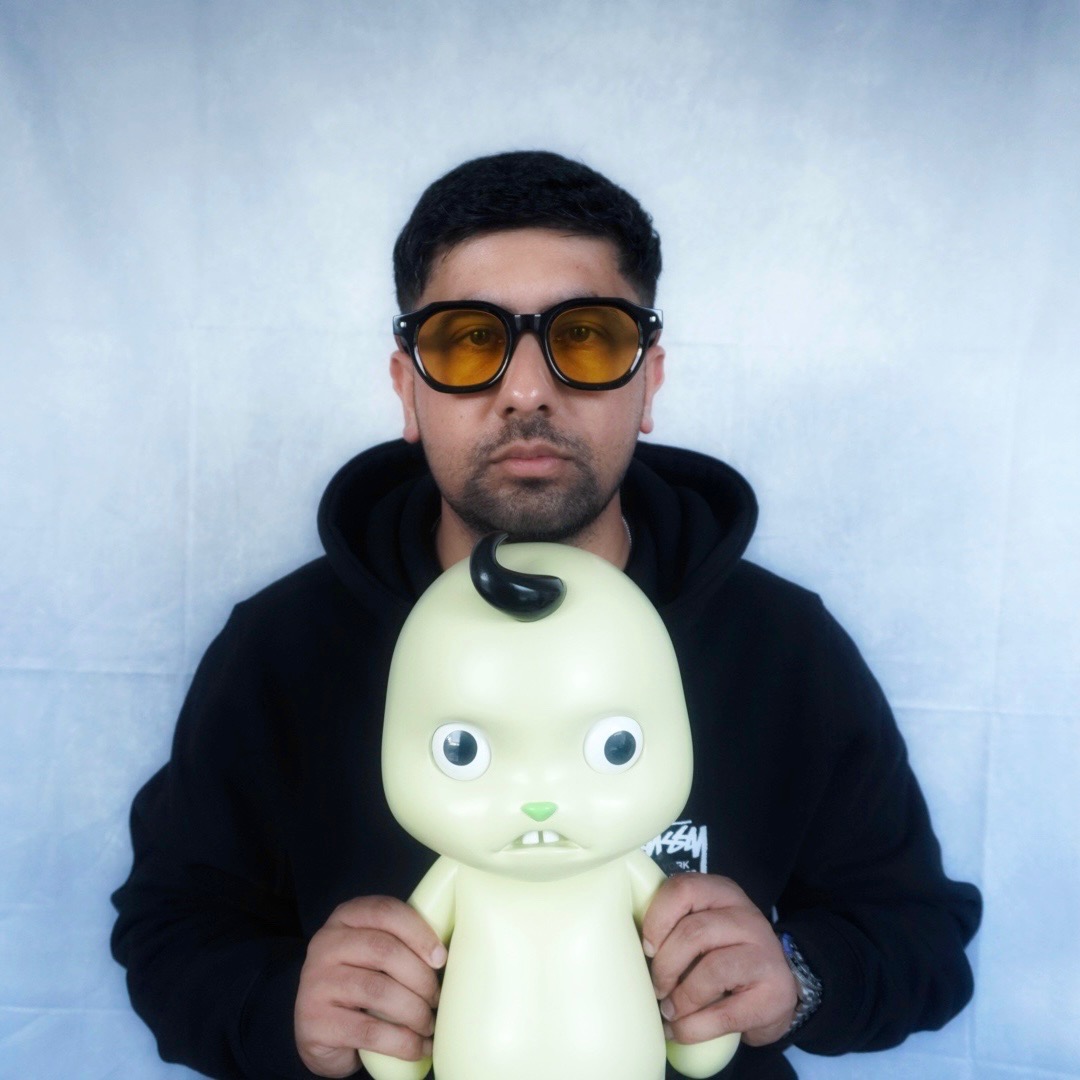 Numan with a physical version of Gumbino

“Honestly, it’s life-changing. I got called to DJ at a crypto event in Paris recently. There’s ridiculous money there, and I’m speaking to all these people and going to events and hearing things but not really understanding some terminology. Because I’m not a crypto guy. I just like making things.”

Manchester NFT artist Numan is nothing if not honest. Our city’s most prominent ‘crypto creative’, the fact he already makes more than an honest living creating work in NFT form marks him out as an early adopter of a scene that has claimed $2.5billion in sales so far this year. The fact he only heard of NFTs for the first time in February makes his story even more mind-blowing.

But first, a bit of background. For those not tuned in to arts, gaming, music, sports and current affairs in the metaverse, NFTs — non-fungible tokens — are making major headlines and even bigger profits for teams, bands, companies and people right now.

Effectively a digital asset that guarantees something, forever, tokens are usually sold via online auction, and could consist of exclusive rights to a track, payment agreements for future sales of an image, or the original photo itself. In some instances, it could be all three. Simply put, NFTs are proof of ownership, but can also be the thing of value itself.

Function trumps content here, though, and the function is locking-in agreements via smart contracts that can’t be tampered with. Hence industries like music jumping in with two feet. Historically plagued by rights disputes, a permanent cryptographic deal that always honours who is owed and who owns what is a game-changer.

In Numan’s case, though, he creates — or ‘mints’ — NFTs linked to collectible characters buyers keep, sell or trade. Each of his designs is unique, some more desirable than others. And he’s quick to point out that, despite their cuteness, this is not child’s play. 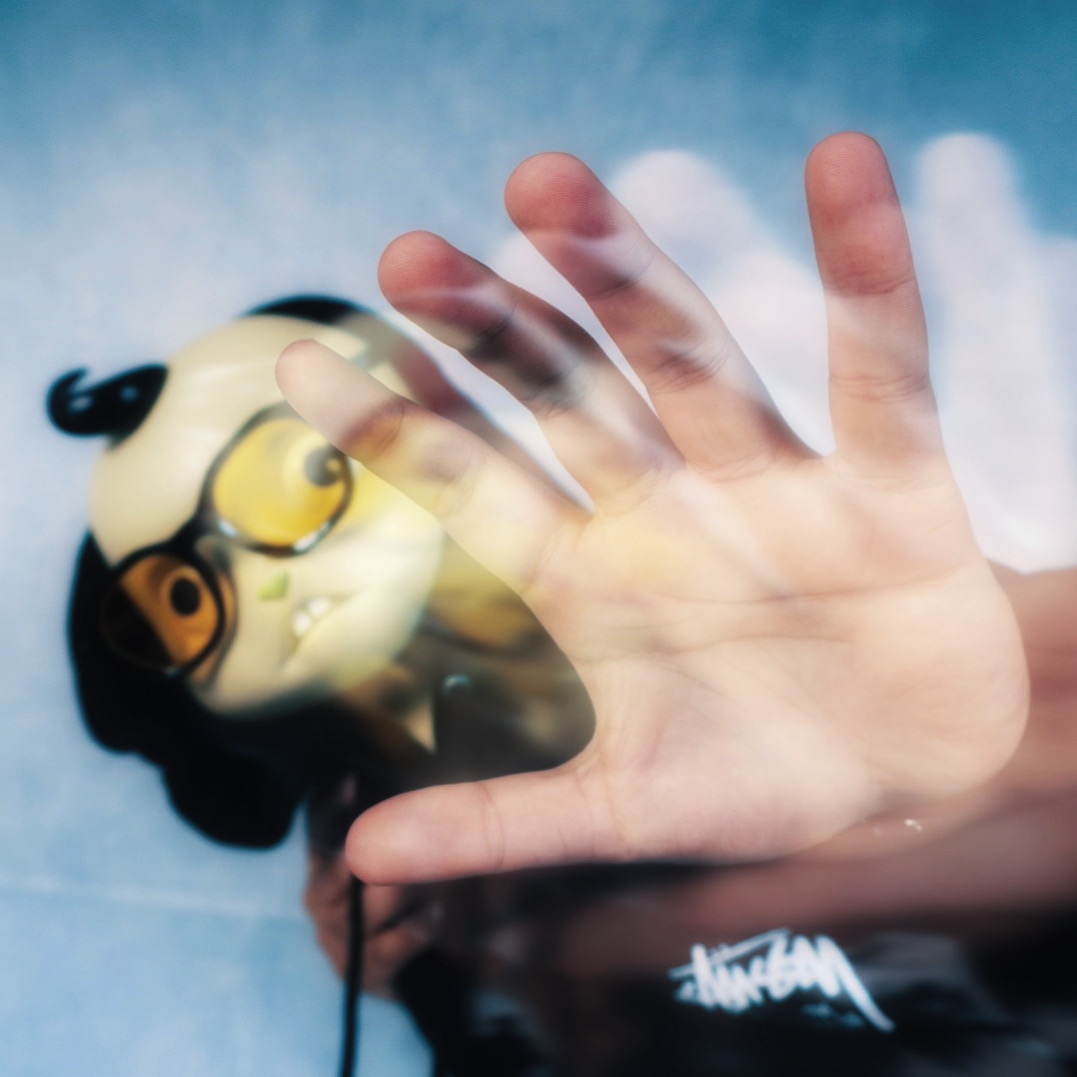 “I’ve been working since 16… I fell into music production early on, and was producing for Riz Ahmed and a few other artists. This was when grime was just starting to peak, and dubstep,” Numan replies when asked about his background, explaining he moved from producing tunes to clothes, establishing the FANTÔME WORLD brand to specialise in garment printing for South Manchester businesses.

The pandemic wasn’t kind, though, and by early-2021 he was in a “terrible financial position, with no way out.” Or so he thought, until discovering non-fungible tokens.

“I stumbled across NFTs by mistake, a rap group called D Block Europe posted up on Twitter a picture they were selling as an NFT. I didn’t know what it was, so I searched #NFT, kind of understood a little bit, jumped in a conversation and then started getting involved.”

Numan’s first NFT work went on sale in February, via the Rarible marketplace. Entitled ‘Euphoria’, 100 editions of the abstract piece were made available at a price of around $100 each, but in the cryptocurrency Ether (ETH). At the time of writing, half have been snapped up, which isn’t a bad for someone who admits they had no idea what they were doing at the time. Suffice to say, things have since changed.

His second project was born from better knowledge of the NFT art scene. A character, Gumbo, was created — inspired in part by Sesame Street and Flat Eric, the puppet from Mr Oizo’s squelching 1990s breakbeat anthem, ‘Flatbeat’. 400 iterations of Gumbo were realised, each with different traits, and implied personalities.

Thus marked the beginning of a new collectibles series, a key area in the current NFT art boom. Successful series like CryptoPunks — a range of punk-themed characters again with varying attributes — have sold for up to $7million per piece, with a buoyant secondary market on platforms like OpenSea keeping cash flowing after the initial auction.

“I listed them and I think I sold one or two Gumbos for 0.1 ETH,” Numan recalls, a price equal to around £240. “Then a week or two later, one Friday I remember Instagram, Facebook and WhatsApp all went down and Twitter was the only social network running. Someone tweeted they had bought a Gumbo, first edition. I retweeted it and the whole thing blew up. 25 were gone and I’d made around 2.5 ETH in minutes.”

If your maths isn’t great that’s almost £6,000 in less than the time it takes to make and drink a coffee. Revenue Numan quickly realised was the tip of a bigger iceberg. It wasn’t long before Gumbos were selling for up to £12,000 a piece — see the Instagram post below. Conducting more research over the months between then and now, this week he introduced a new drop of collectibles; Gumbinos. Billed as the ‘child of Gumbo’, whereas before he was just creating characters with no masterplan, this time things are more strategic.

Each Gumbino again has its own look, but this time these are chosen with an understanding of what makes NFT collectibles collectible. Simply put, certain traits are rarer than others, in turn dictating the perceived value of characters with that trait. Only 100 will ever be made, the rarest of which come with a physical model of Gumbino. As Numan explains candidly, this is more about sustainable ongoing revenue through resales on the secondary market, rather than immediate buys.

“I’ve made a shitload of money, you know, I’ve been the top seller in the world quite a few times on Rarible,” Numan replies when we ask if he can put a figure on his NFT earnings, explaining not all sales have been pocketed. Some have been donated to World Health Organisation causes, with financial support also given to new NFT artists looking to get work off the ground. Crucially, this has often been ring-fenced for female creators, which is significant in a scene that, like so much in technology, is male-dominated.

“The thing is, NFTs are not just what you see visually with art, it can be anything at all. It’s just a token, an asset, that can’t damaged, faked, changed or copied,” Numan explains when we ask what the average reader — who may not have heard about non-fungible tokens — should take from his story. “It can mean anything, what’s important to understand is the amount of value in that token because you can’t tamper with it.”

Understand it or not, one thing seems clear. With Numan now starting to hatch plans for a NFT art exhibition, and the city already home to the likes of KnownOrigin — a major non-fungible art marketplace — seeing much, much more Manchester-based activity seems as locked-in as the tokens themselves.