Moments of truth: DRS on live shows and change 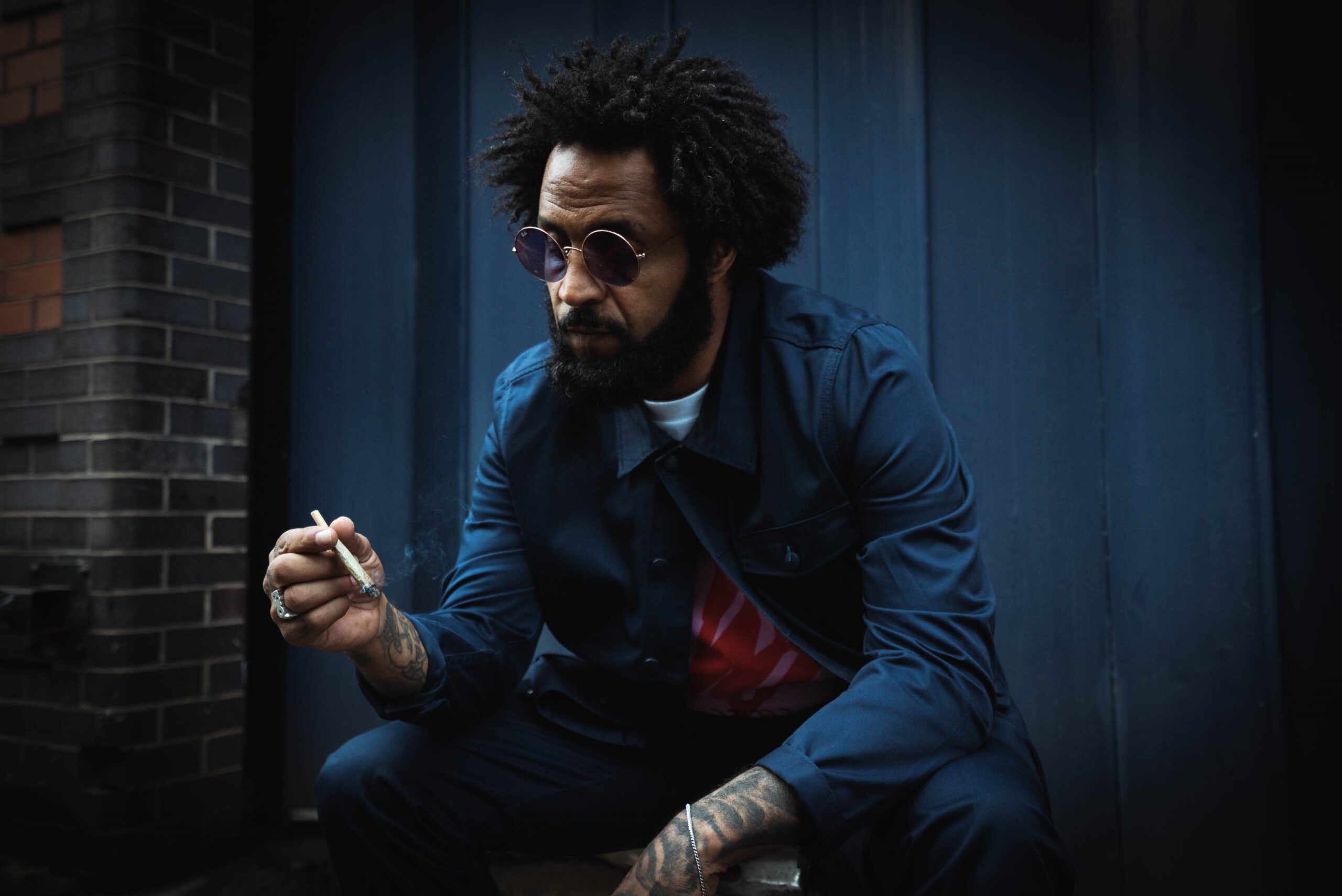 We’re sitting in the very back of Font, one of Chorlton’s many bars, funk and soul breaks complimenting the sound of pints being poured. Across the table, one of Manchester’s most inimitable voices is explaining why his listening experiences can often be marred. Tracks aren’t just heard, but broken into individual elements, and (over)analysed.

“Too much knowledge can easily destroy the beauty of everything. Because there’s beauty in naivety. We have so much information, and that’s not always a good thing. Before I think people were happier, because you couldn’t and wouldn’t watch what your friends from school or family were doing all the time… Now it’s like every second someone is thinking ‘Oh, you’re at that restaurant’. It’s all too close,” explains the man best known as drum & bass MC, producer, and vocalist, DRS.

Like any good conversation ours is lucid. We discuss the acclaimed show he played last year at Gorton Monastery, a set with full live band which “just kind of evolved” from a loose idea. Taking control of the historic, jaw-dropping building, the venue’s lack of music infrastructure presented a challenge, as did avoiding breaking its priceless stained glass windows with basslines.

Nevertheless, it was a huge success. A date at London’s Jazz Cafe followed, and a full UK-tour has now ensued. On Tuesday 12th April, the homegrown maestro returns to Manchester for one night at Gorilla, with the current dates representing a bold step for someone who rose through the ranks of UK rave in a different time, amid darkened rooms and the near-anonymity of dance culture as was: removed from PR campaigns, online presence, and marketing machines.

“I love advancing my music, but the bigger it’s getting the more I want to retreat. All the interviews and that kind of stuff, I don’t mind one or two, but when it’s really intense less so. Off the back of those live dates we’ve got the tour, and it’s just kind of been non-stop. I’m a bit of a hermit, you know? But it’s all for the cause, I suppose,” says DRS.

“I’m not against working for your thing, your craft. You should, it shouldn’t be easy…. But social media has become the normal thing to do for DJs or producers, part of the daily routine to keep people going out, buying tunes. In the real scheme, you don’t have to, though” he continues. “Now, I can check how many people are listening to my music on Spotify with a counter. Before all this, we got by fine, just every two months someone would tell you you’re shit, or you’re amazing,” he continues, only half-joking. 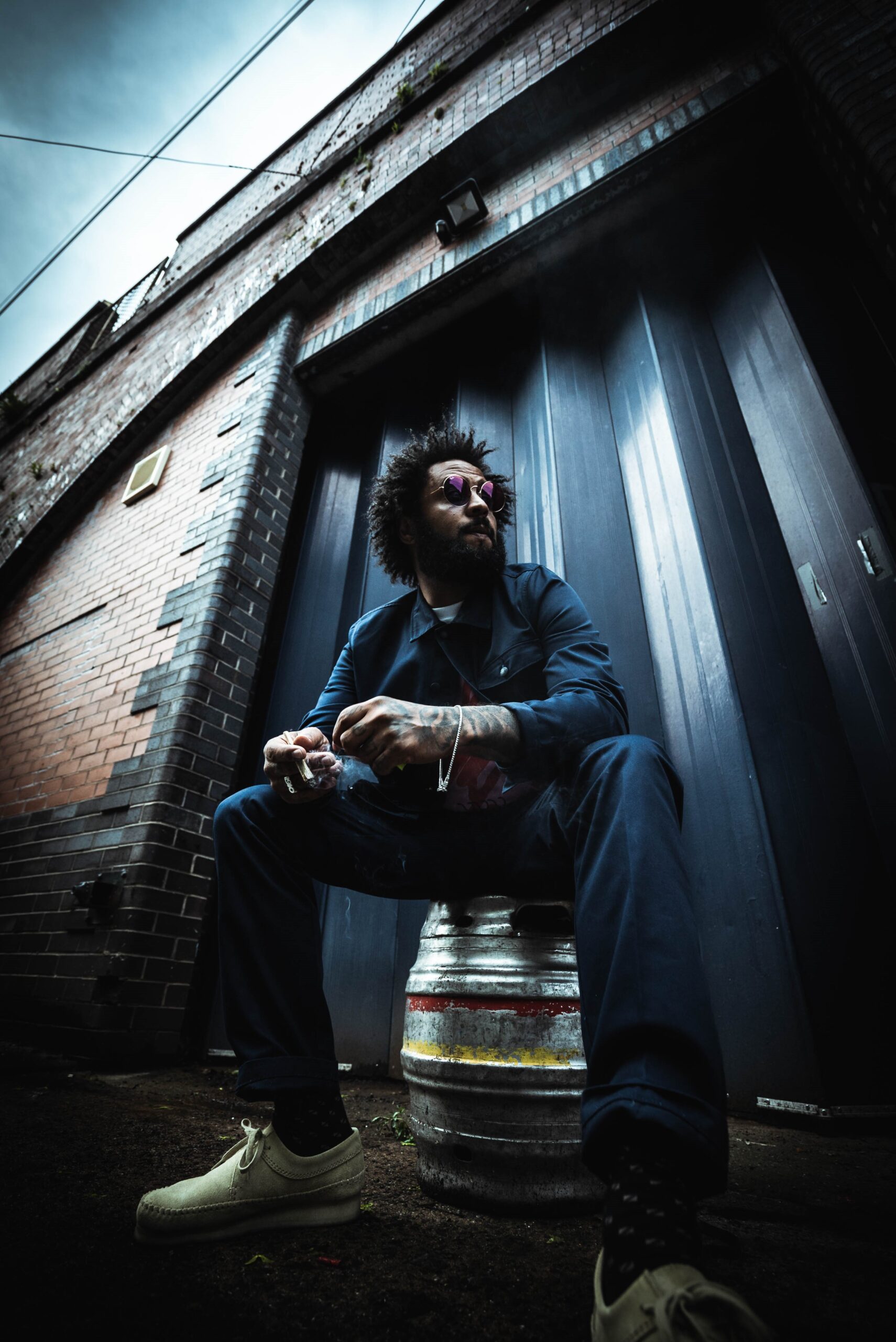 DRS has played a pivotal role in the Manchester and UK drum & bass scene for decades.

It’s easy to understand the lament. As DRS aptly puts it, we send ourselves under worrying about public image in a reality where everyone is performer and audience, and nobody gets a break. A world where everything is a moment, yet few moments are truly lived. The concept sits awkwardly with the man in question, who’s quick to admit artists are driven by dual needs to create and present.

“That’s the whole point of art, innit? Whether you paint pictures or make music, people don’t have to like you, but you want everyone to have an argument about it. You want it somewhere people are gonna see it. There is narcissism and there is an eternal need for acceptance. Break it down, and you’re constantly baring your soul and wanting people to validate, whether that’s through love or hate,” DRS says. “That’s art, and not everyone can do it. It’s special, but the world is making us think it’s not…. The narrative is to keep that down, because art represents freedom. 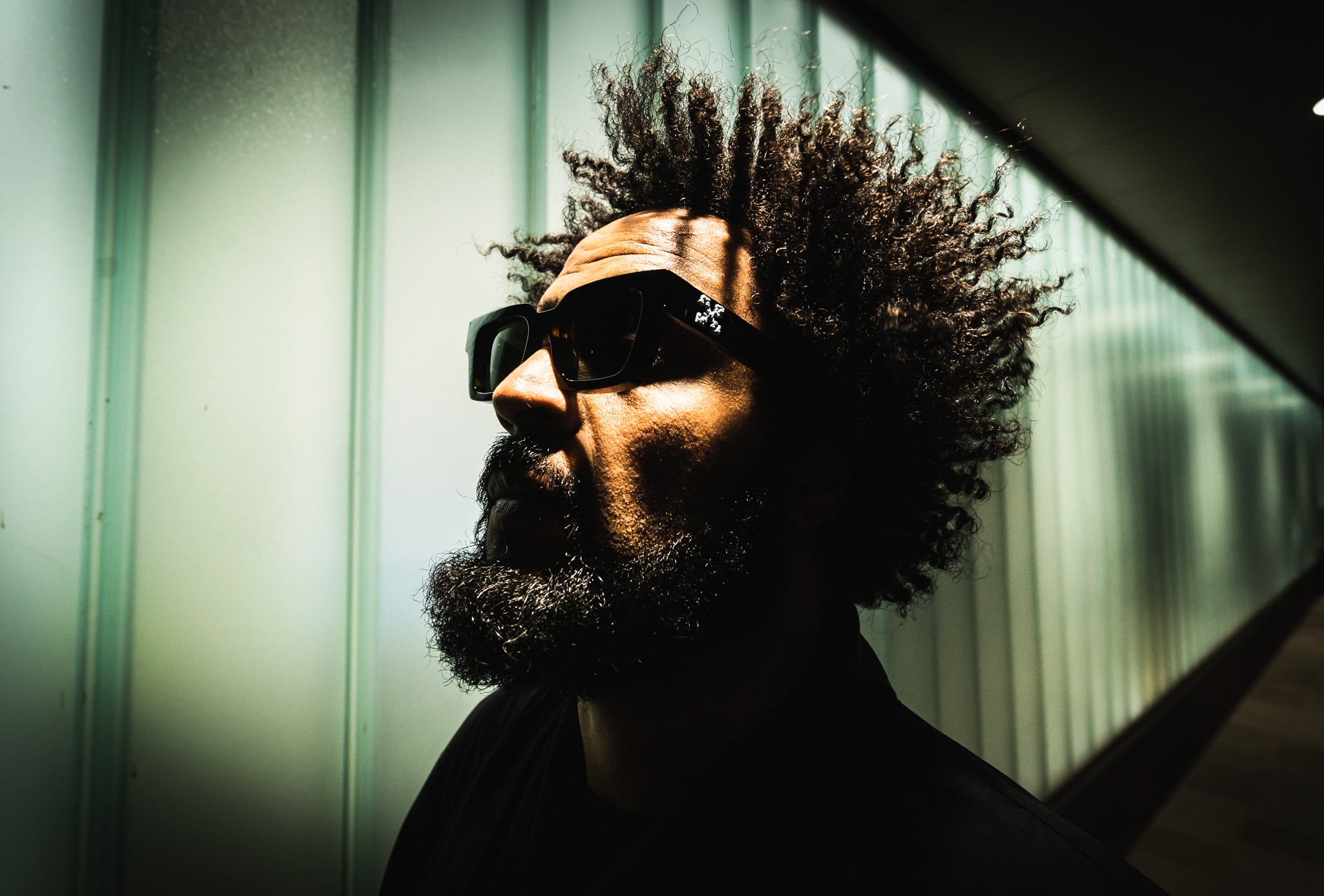 DRS debuted his show with full live band at Gorton Monastery in 2021, and is now on a UK tour.

“[With the live show], I’ve main-staged myself. And the thing is, I’m not sure where I want to be… It’s definitely a weird place to be,” DRS explains. “It isn’t an imposter thing, it’s just not the place we were perhaps meant to be, because once you’ve got to the mainstage you get mainstage problems and politics. That’s where the panic is because so many people feel they need to stay there.

“But I’ve realised myself, late in my career, that I’m in total control. If I want to be number one tomorrow, I could. I’ve just got to say yes to a few things that I don’t normally. It’s that simple,” he continues. “People put this fear in themselves, because they think the power is in someone else’s hands, that someone else is giving you these chances.”

There’s a Bottomless Bingo Brunch with Bez coming to Escape to Freight Island!