Neilson Reeves AKA Colin from Collyhurst - Photographer to the Stars.

Colin Boulter is of the vintage that made Manchester what it is today. 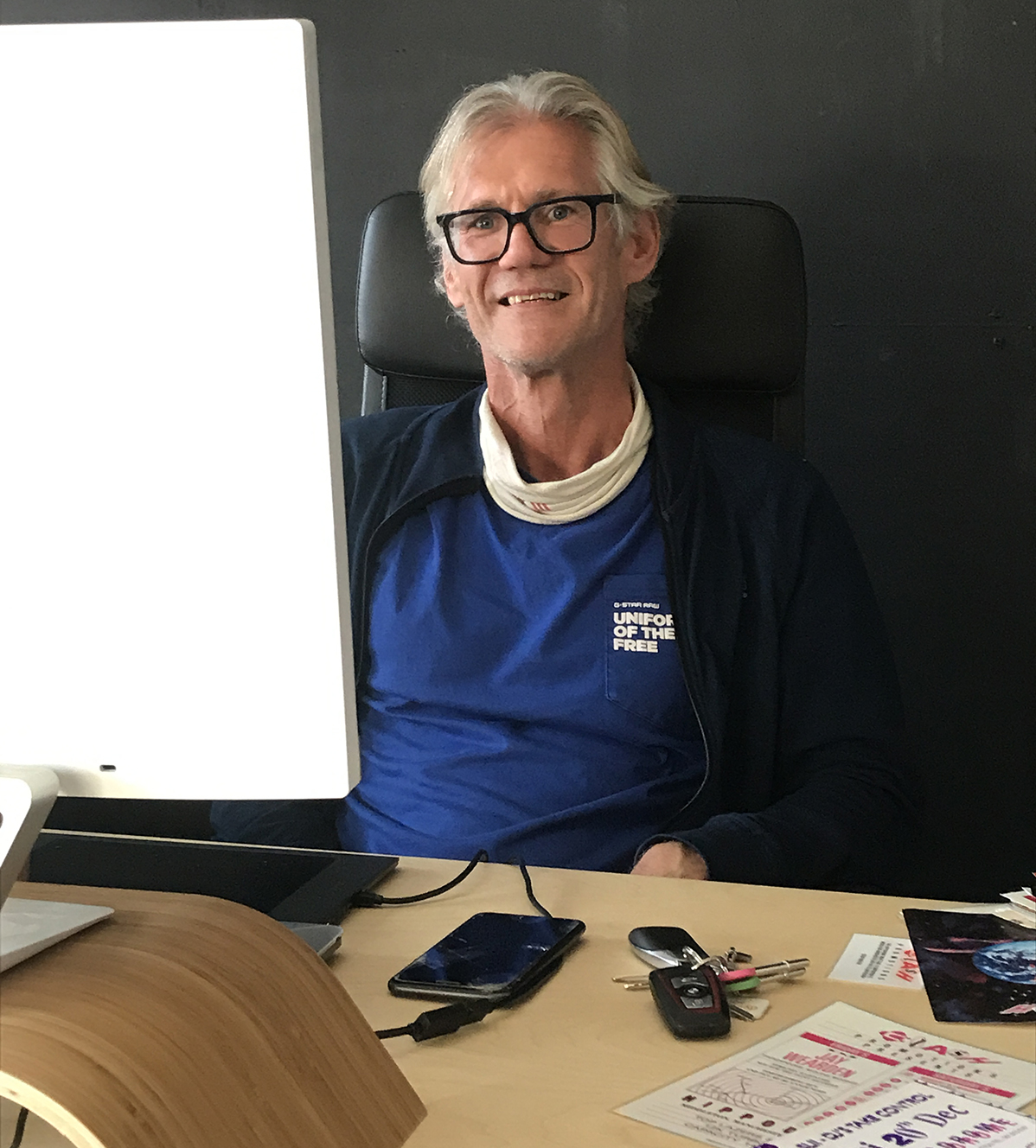 Laying the foundations for Manc cheek and Manc success. Someone once said, I believe, ‘This is Manchester, we do things differently here.’

If you ever get the chance to sit with Colin and hear his story, grab the opportunity to be entertained. Although he said to me that maybe one of his screenwriter friends will script the film. I hope so. And just the fact that a lad from a single parent family in Collyhurst flats can even muse about ‘screenwriter friends’ gives an inkling of his story.

Tucked just off Stevenson Square is a photographic studio for, well, celebrity portraits. Have a look at the Neilson Reeves website and you’ll see all the ‘listers,’ right up to A. So why is it called Neilson Reeves?

“Colin the wedding photographer doesn’t exactly sound convincing. Neilson Reeves is, well, just a made up name. And anyway, just watch the telly. Every mass murderer, crank or misfit is called Colin. Just check it out. In the early days Cheshire housewives would shout, ‘Oh Neilson’ and I’d look around to see who they meant.” 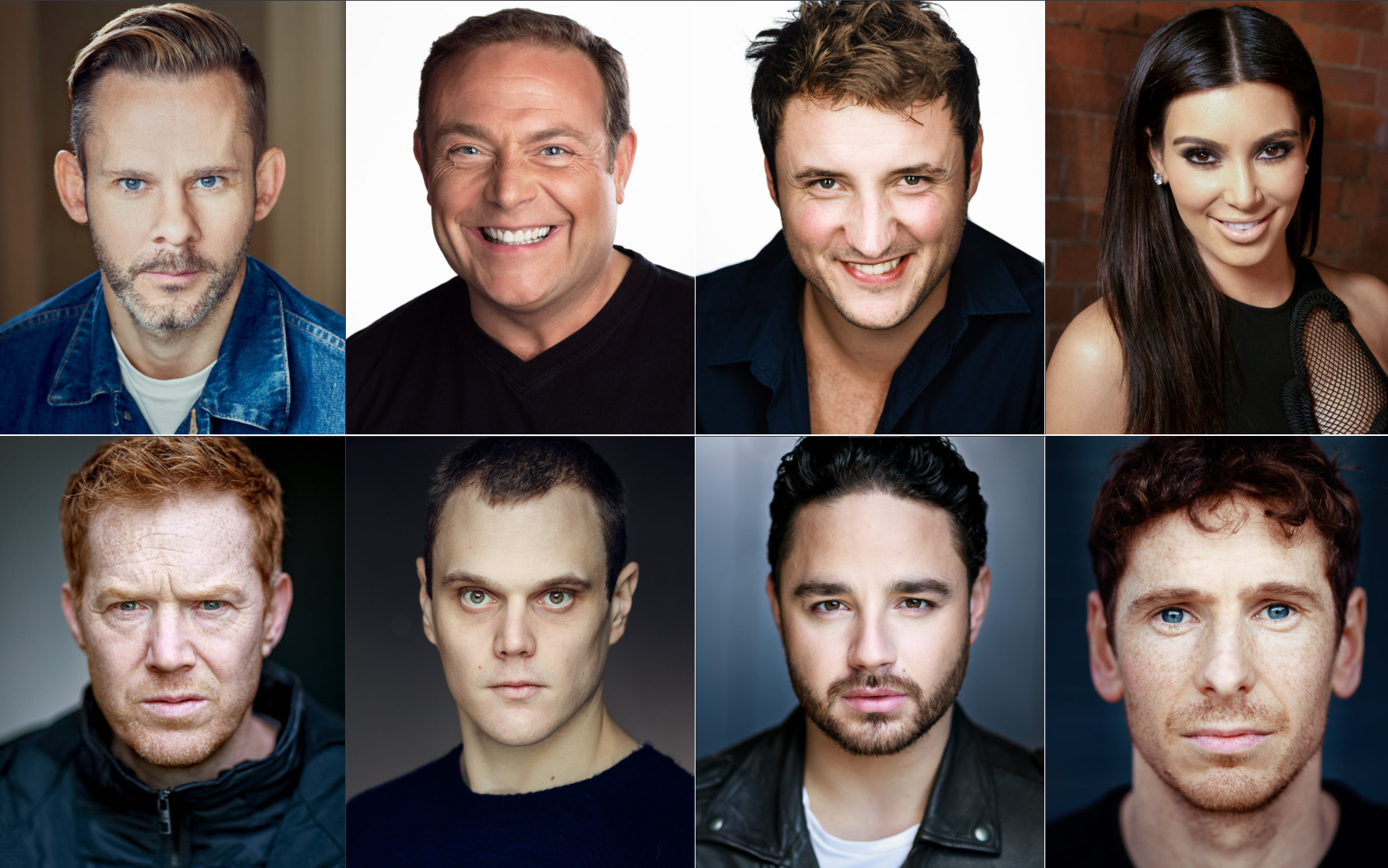 But wedding photographer was only part of the story that started in Collyhurst. As a Manc nine year old Colin decided to cycle to his Aunty’s in Huddersfield. Easy when you just go in a straight line up Oldham Road, but when you get to Huddersfield you (Colin told me) carry your bike up the steps of the police station and ask directions. “It was really exciting,” he told me. “coppers running around frantically while I sat there for four hours. I thought it was for me. I only found out later, after they took me to my Aunty’s, that the Yorkshire Ripper’s latest victim had just been found in Huddersfield.”

So the wanderlust was there and continued when he left home to find a job in Torquay aged sixteen. Split shift pot washing in a restaurant and falling in love for the first time. When his first love moved back to Leamington Spa he followed her and thought he’d made it when he got a job as a silver service waiter. 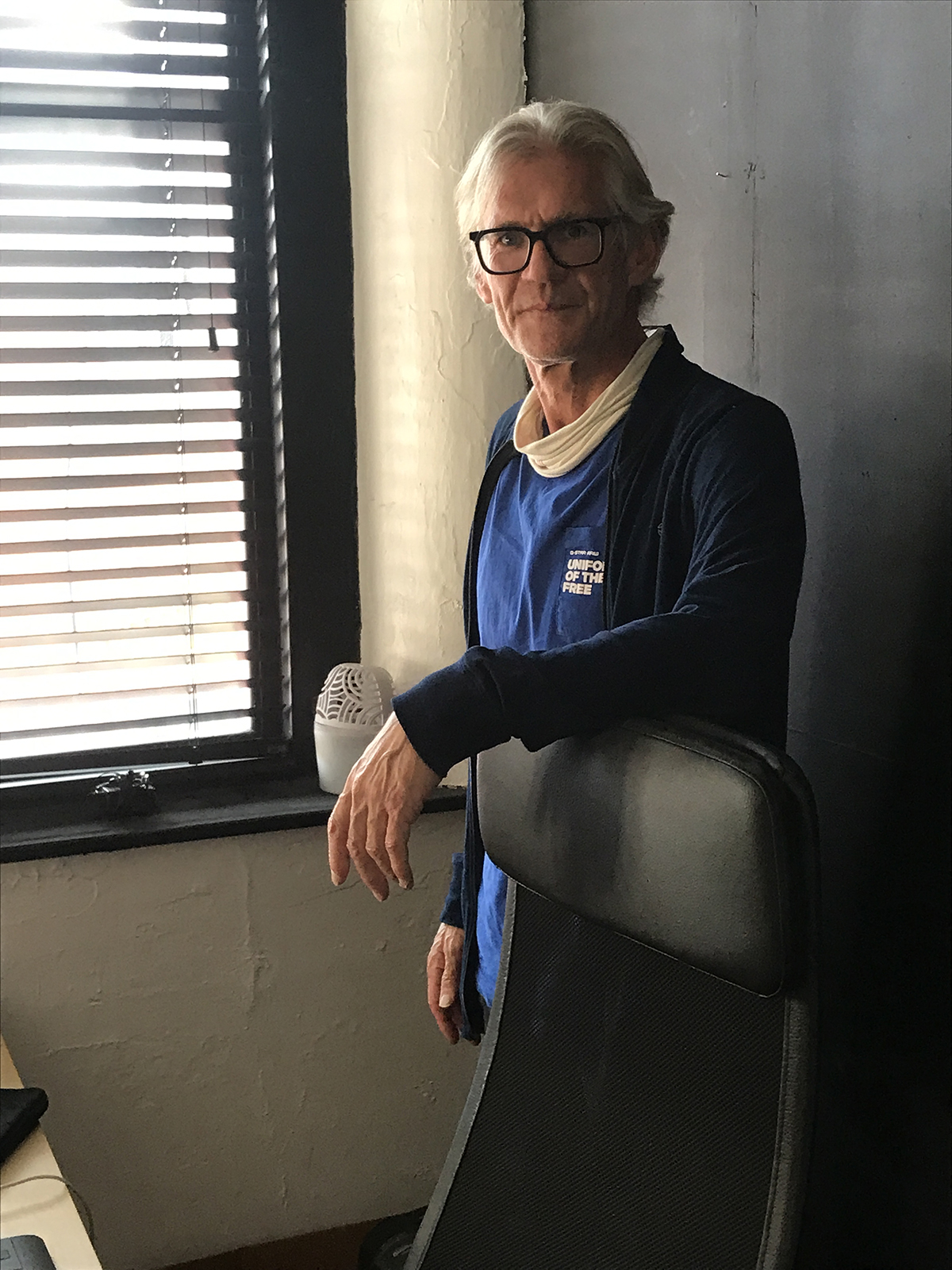 When he was ‘dumped’ he moved back to Manchester and took on a YTS (Thatcher’s scheme) job at a light and sound supplier on Whitworth Street. That’s where it started, because he realised that at weekends he could ‘borrow’ the equipment and stage his own raves in Harpurhey.

“The police were confused by it all at the time. It wasn’t illegal, but they moved us on. I remember being driven away and seeing coach loads of people on their way…to no rave.”

A couple of jobs later (still only 19) and Colin overheard a City Centre club owner saying that business was a disaster, he couldn’t get people in. Colin told me, “Just a cocky Manc. I asked if I could have a night, I’ll do the tickets, you take the booze.” The club owner told him he could have Saturday, business was so bad and so a first sell out rave pulled in about 500 people. But after that first night the club mysteriously (Colin lifted an eyebrow) burnt down. 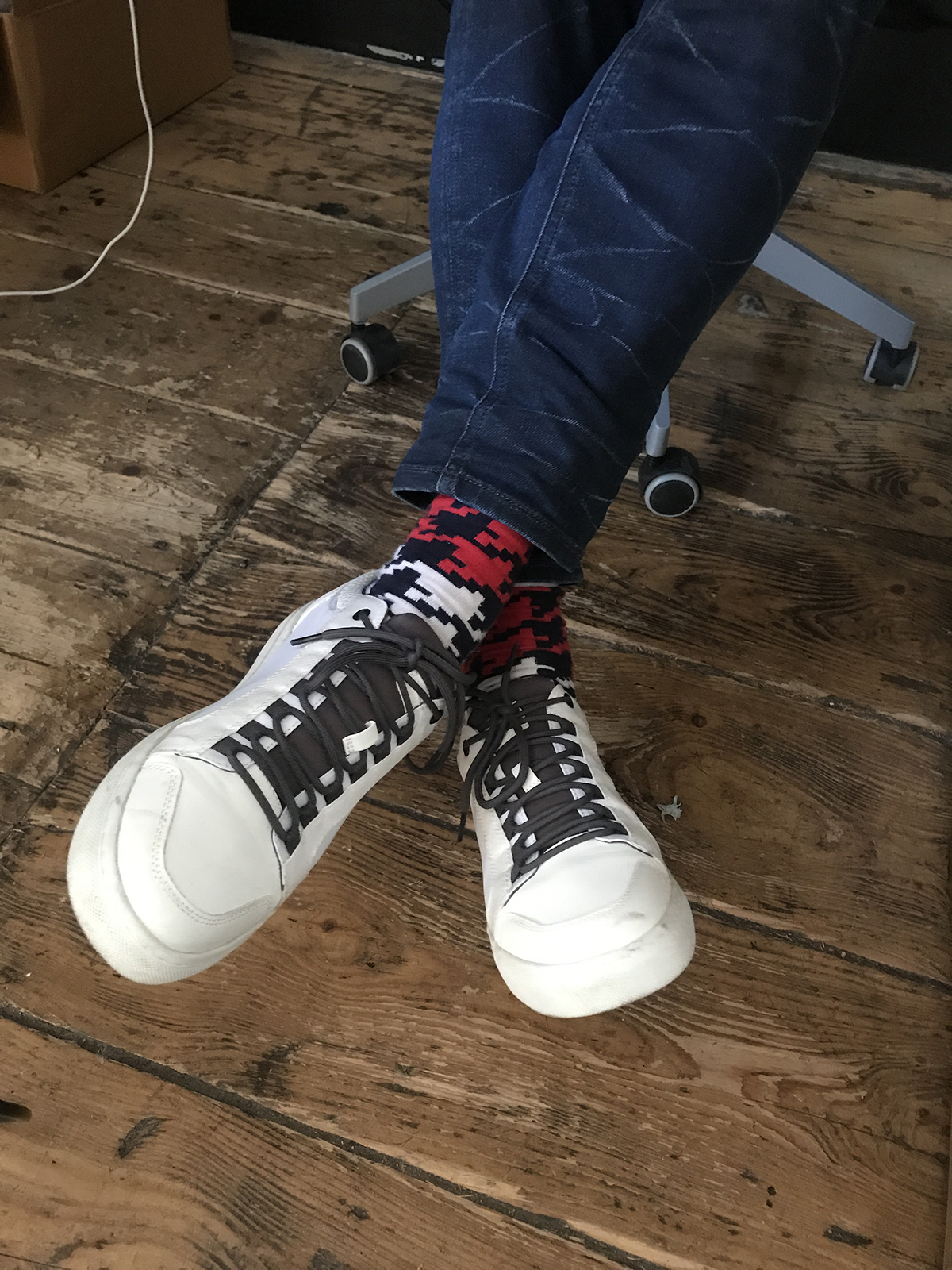 Not daunted and brimming with self belief Colin booked the Hippodrome in Middleton. “A few hundred ravers the first week, a thousand the next, soon two thousand and we couldn’t fit everybody in. People were partying outside and the police weren’t happy.”

Then coverage on both BBC and ITV of Colin’s plan to pipe Des O’Connor and Max Bygraves music outside to dampen the ravers’ enthusiasm. “Ah, publicity! I realised how powerful it was. We bought an old ambulance – you could park it anywhere and not get moved on – and employed these kids to jump out of the back and hand out flyers. We even paid one of them to climb over the wall of the Coronation Street set and paste a flyer onto the wall. It was there for years! I remember that we gave an unknown band Oasis a gig, supporting Peter Hook’s ‘Revenge.’ 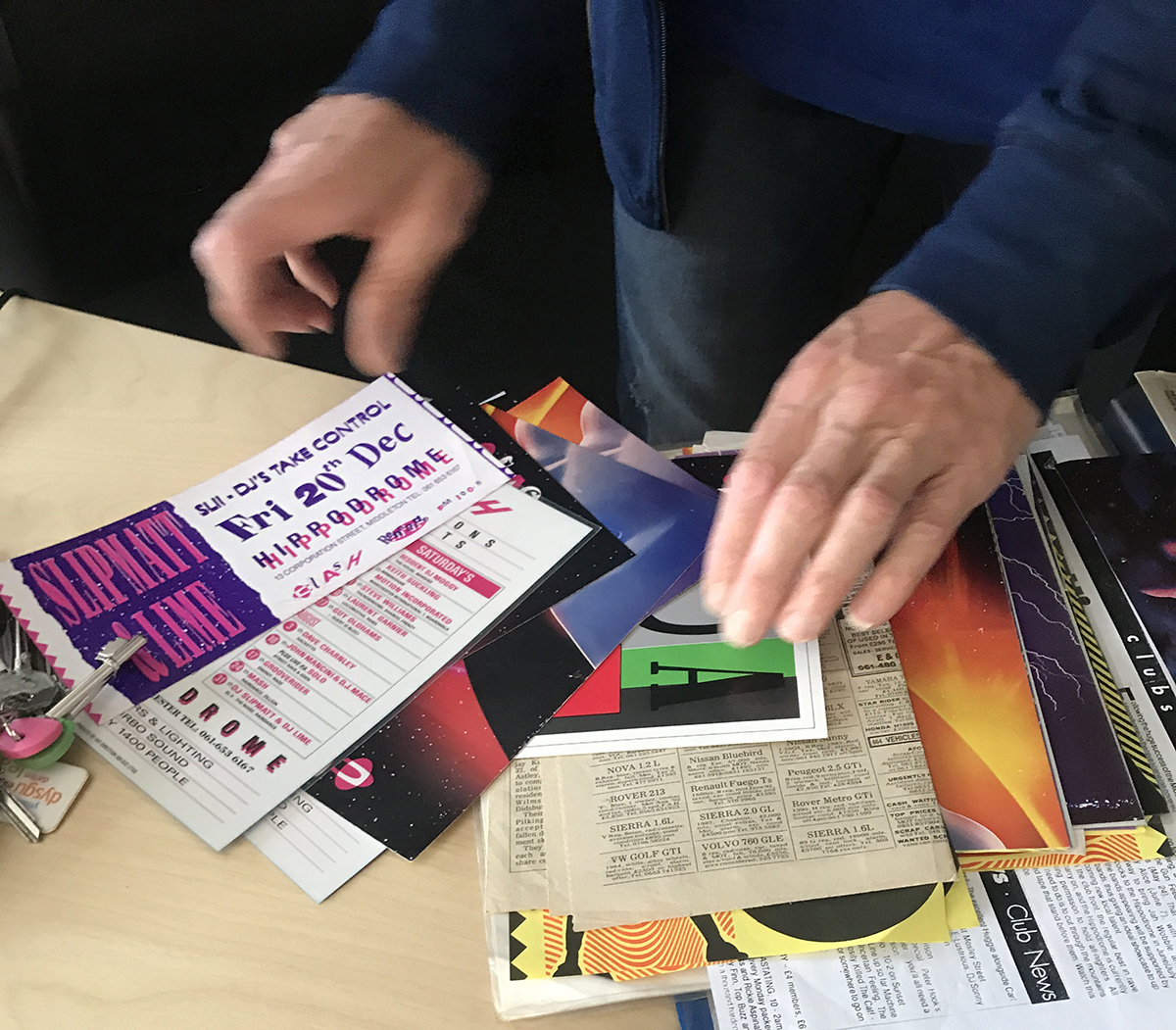 I bought a computer – when computers were green letters on a black screen – and we started taking names and addresses of ravers so we could mail them. When we looked at the addresses there were people from all over the country, even Europe. Wow. We printed thousands of flyers, but we had thousands of envelopes to seal, so we got a bunch of Whizz Heads together – amphetamine users – and they couldn’t get enough. They were so hyper we had to keep giving them glasses of water because they were licking the envelopes instead of wetting them with a sponge.” Another smile.

“But then the gangs moved in, they had an obvious market and when my then pregnant girlfriend went into labour when a fight started I thought it was time to go. I moved to Rhyl, found a room and set up a ‘small’ rave scene. It wasn’t that big, but scandalised the town. There weren’t thousands on the beach as the local papers said.” Another smile. “Well maybe quite a few.” 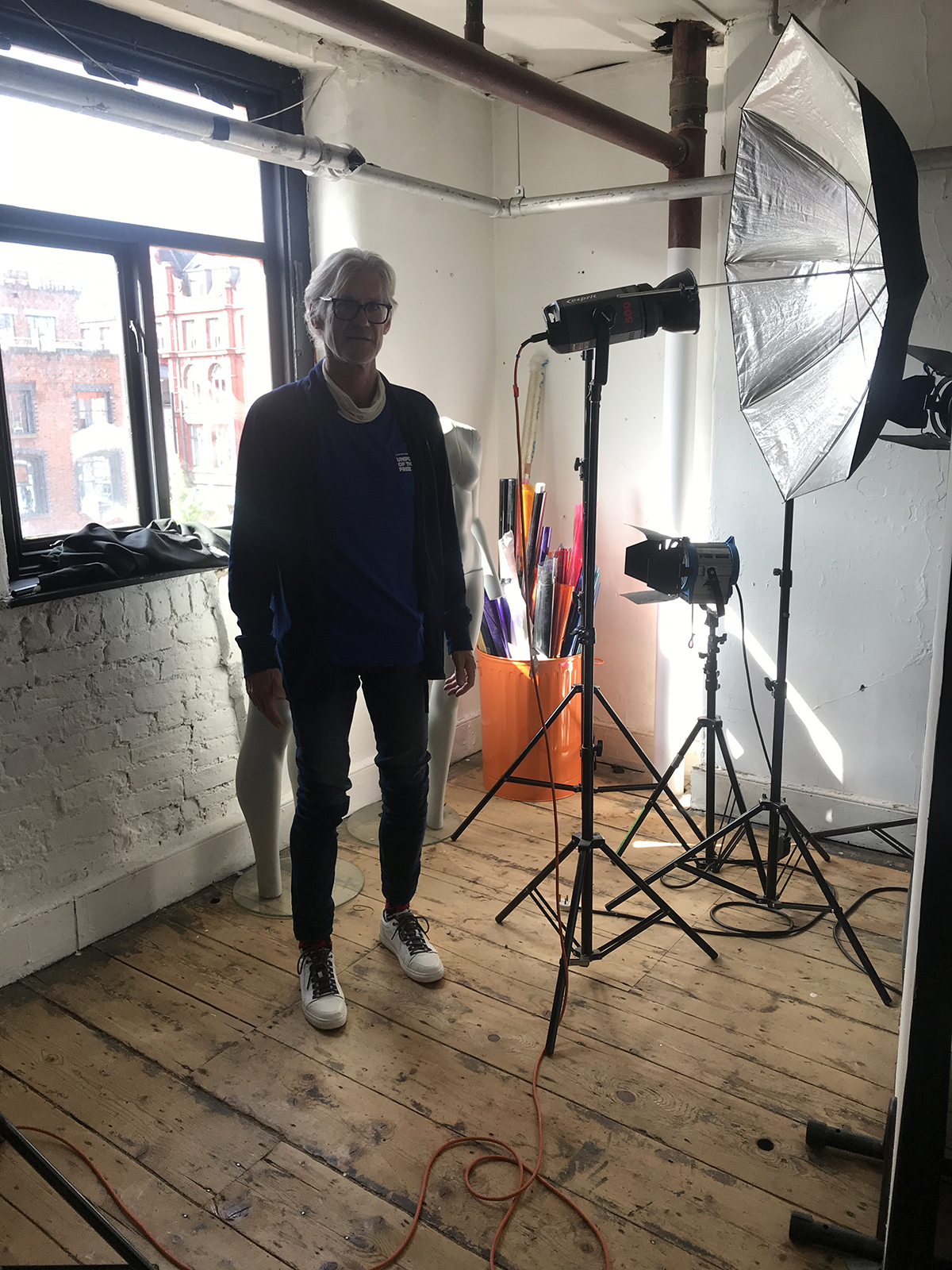 And so back to Manchester, now a new parent and time to settle down. Manc cheek again. Colin applied for a job as a salesman at a large car dealership. The interviewer asked if he had any experience and he said, “Well I had a car and I sold it.”

Soon in charge of the sales team he was sponsored to do a degree in Automotive Sales Science at Loughborough University and his career grew. Then on to other sales jobs. “I made so much commission I could just about afford to give it up and make a new start. Money didn’t motivate me. I’d developed an interest in photography and enrolled on an NVQ course at Abraham Moss. I set up a website that was called weddingphotographsforfree.co.uk. I just wanted experience and to fill my portfolio. That went well and, of course, later I could do that commercially. My final project was to ‘photograph somebody important in Manchester.’ I’d met the then Chief Constable Michael Todd through my wife, who’s a lawyer. He agreed to be photographed. I thought that he’d give me half an hour, but I was with him for three hours.

Strangely, when I got home and looked at the photographs, I said to my wife, ‘Look at his eyes. There’s a strange, blank look.’ Three days later his body was found on Snowdon. It was almost as if he knew that these were to be his last photographs. Of course I didn’t want to make anything out of them, so I gave them to the police. I was shocked to see them used on the front of all the papers with the story of his death.”

So Colin developed his career as a wedding photographer. “The work got easier as the weddings got posher.” Again the smile. “There’s a lot less work to do to make a posh bride look good.” In Canal Street on a Friday evening, out for a drink with his wife, he got a random call, asking if he could, at short notice, photograph ‘Celebrity Four Weddings’ the day after. He thought it was a wind up and practised whether he should call back and say, ‘Hello, Neilson here.’ Or just say, ‘Hi, it’s Colin.’ He did the gig, his market widened. 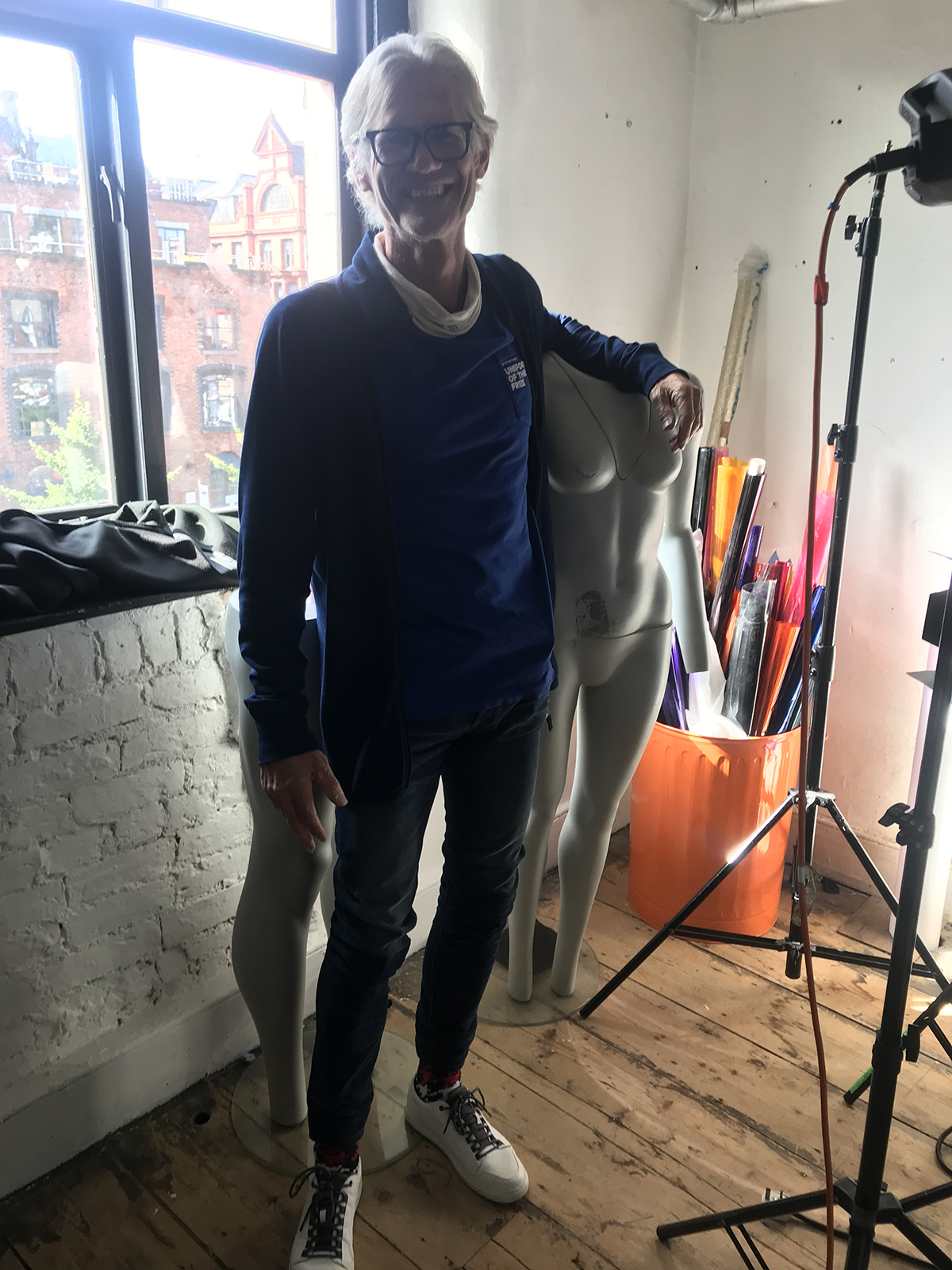 Make no mistake. Colin is passionate about his craft. He told me that people ask what camera he uses. “They don’t understand, it’s all about seeing light, not what camera you use. The word photography comes from the Greek ‘drawing with light.’ I study light in everything.” More than evident on viewing the Neilson Reeves website.

“I got a commission in 2012 to be Kim Kardashian’s official photographer for two days. She was doing an ad for a weight loss product. I’d developed a technique to make people look as though they’d lost weight, even if they hadn’t.” Another smile.

And on. An actor friend told Colin that they had to go to London for decent headshots. Ready made for Colin (or Neilson). Now actors and celebrities make their way down an alley off Stevenson Square to an innocuous looking door. Inside they find somebody from Collyhurst ‘drawing with light.’