NotJust a barbers. The two Manchester men who have made hair into an art form.

Now I have to admit to being follically challenged and so men’s hairdressing is not regular territory for me.

But then walking into the new NotJust shop on Houldsworth Street is not like walking into a barbers as I knew them to be. “Exactly,” Tom Burbidge opens with. “The influence is Berlin, Copenhagen, Amsterdam. We wanted to a create a European inspired space, rather than a shade of Manchester.”

And when you listen to what Tom and business partner Nathan Haley have to say about their vision for NotJust as a brand, rather than a barbers, that quickly makes sense.

But let’s step back to two very different and very individual life stories. Tom: “I guess I was about fifteen when I started painting. But I was always interested in my own hair as almost an art form in itself. Almost obsessive. I’d get mine cut or tweaked maybe once every five or six days.

“I was doing a fine art course at John Moores Uni in Liverpool and during that time got my part time student work in a restaurant. But progressing to junior sous chef meant that I could experiment with the dishes that I was creating. The artistic side of food. I enjoyed that. A means of expression.

“Then I went to night school for barbering, but soon realised that I was a way off. I did some training with my local barber, very traditional, but another step.”

Tom then tells of a year or so spent working in banks. Not for him of course, but during that time he progressed in men’s hairdressing both practically and watching online. Mobile hair cutting in and around Liverpool allowed him to save enough money to travel and so, by his own admission, “I contacted barbers in Japan, Singapore, Australia. Told them that I had two years’ experience and announced myself as a barber.

“Australia gave me a job. It was a massive leap and risk, but I went and watched people that had been doing the job for nine or ten years. And I mean watched them…closely. I stole knowledge.”

Two years in Australia, followed by a year and a half in Amsterdam gave Tom the credentials to base himself in Manchester, find a job and do guest spots at other salons.

Nathan’s story is less global, but more eclectic. He tells a story of a troubled youth, four high schools, fights and the inevitable involvement of the police, before finding himself homeless and then living in a hostel in Longsight.

“More of the wrong kind of people,” he admits, “where making money was the only agenda – whatever the way to do it. One of the things was selling second hand clothes, but my grandma gave me a sewing machine, so I started customising. Taking a sleeve and a pocket from one jacket and sewing it onto another. I customised trainers. Individual pieces that I could sell for three or four times as much. I always wanted to make something of myself, be creative.

“Then I started going on fashion shoots with my girlfriend, who was studying Fashion Styling at university. I started working on my own shoots with other stylists and I thought, the models’ hair doesn’t tell a story, so I started taking gels, barbering on sets. I had images of how hair could look.”

He tells of finding ways to make a hobby pay, which led to setting up an agency. “I knew all the models and photographers. I was making money from a hobby,” Nathan says.

But hairdressing drew him in further when he was chatting to a guy who was doing an apprenticeship in men’s hairdressing. “I couldn’t believe how much he was earning, so I applied for an apprenticeship and within a week I was working in a salon. I never went in to a college, the tutor came to see me. I started cutting hair and realised that I could do it really well.”

Fast forward to 2016 and both found themselves working together as a two-man team, gentlemen’s hairdressing in the cellar of a ladies’ salon in Manchester which, they say almost in unison, “Wasn’t going anywhere.”

Tom adds, “Within a week we knew we were on the same wavelength, not just with our jobs, but what we believed in. Arts, culture, creativity.

“So we approached the salon owner to take over the men’s hairdressing ourselves, increased the turnover by four hundred percent in just three months and started making our own plans. But now with clients who we knew would stay with us. We’d even take a chair into the bars and do demonstration cuts to let people know who we were, what we could do.”

Another fast forward and the duo opened NotJust, on the corner of Stevenson Square a year later.

And then to March 2019 when NotJust moved to the very European space they designed and now occupy. And the client list now, I ask? “We have about 450 regulars of which each visit on average every two weeks. They know that when they come to us it’s not just about holiday chats. We talk art, fashion, all aspects of culture.

“We have a new artist starting with us soon. And it’s not only because of his skill. We will only employ interesting people, who understand who and what our ambitions are. We operate our own private academy on our days off, do guest spots, live cuts on social media and have plans with Whitworth Art Gallery to perform a live art installation with men’s hair.

“We’re also aiming for clients who may be visiting from overseas and want a cultural input as well as a haircut. Of course our location is perfect now too. We’re exactly between the Northern Quarter and Ancoats.

“The Northern Quarter which retains the history of Manchester and is home to so many independent businesses like ours and Ancoats, which is blending new culture with the industrial heritage of the city. An area fast becoming recognised as one of the best places in the world to live and work.

“We’re fearful of becoming one dimensional. The space will be used for art exhibitions, fashion installations, networking, guest speakers. A space for a wide range of experiences. Supporting others creative outlets as much as we can, whilst surrounding ourselves with likeminded people and talent.

“That was our vision when we met three years ago. The best barbers yes. But not just barbers.” 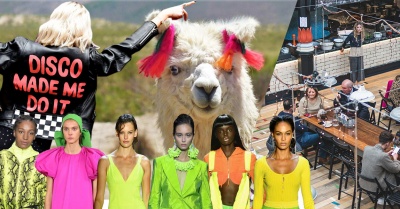 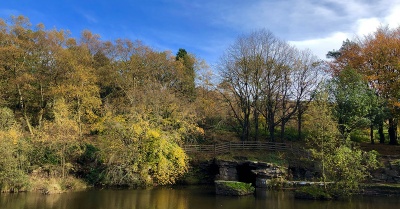