One Door Film Club: The Block Cinema is a South Manchester Secret

Found on the ground floor of a block of flats on the Wythenshawe-Northenden border, The Block is a community-led treasure for cineastes of all ages, showing new and classic movies at discounted prices. 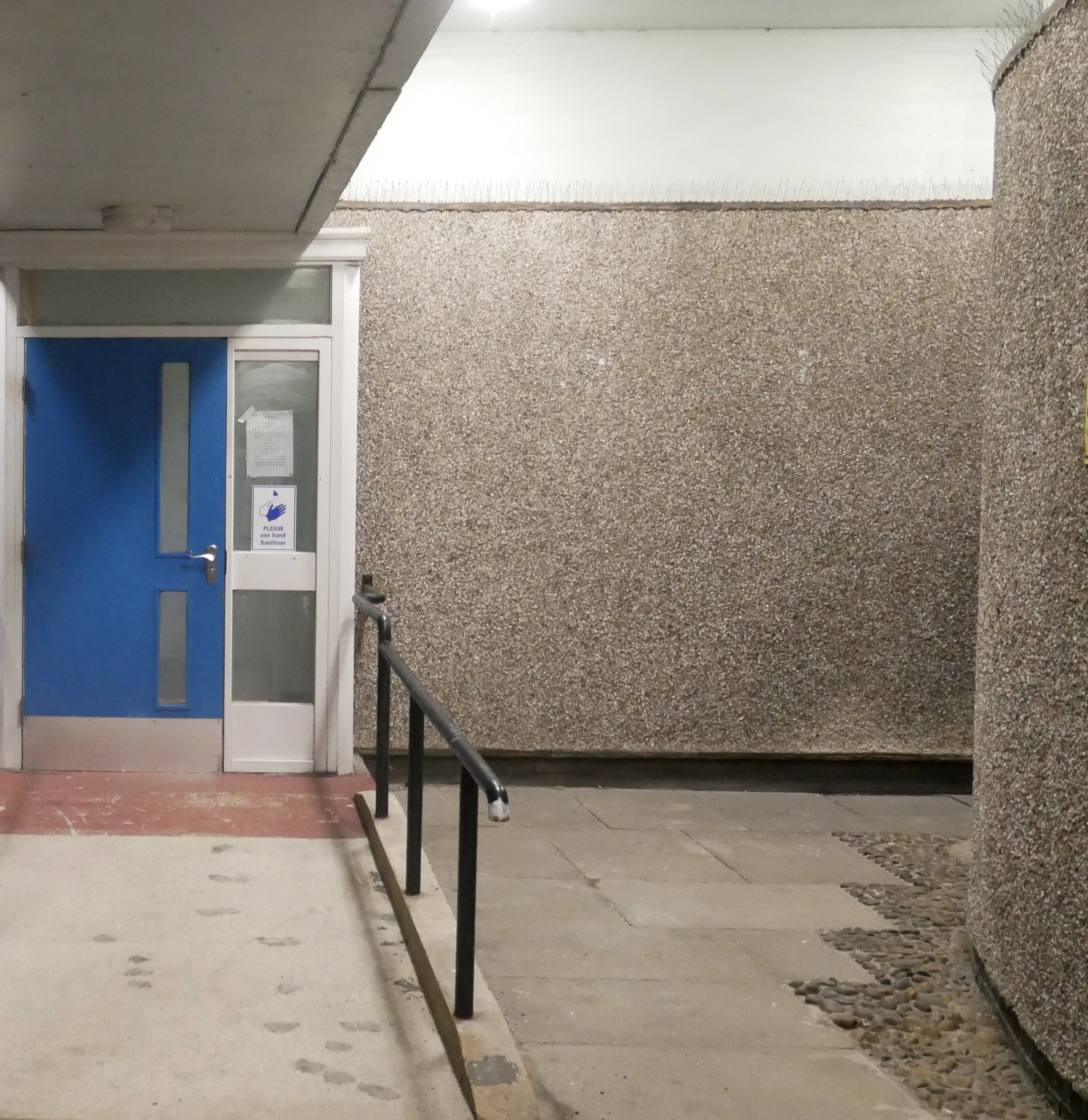 The Block Cinema hides behind an unassuming door in south Manchester

From outside, West View Court looks like a lot of other mid-rise social housing in our city. But, if you’ve found yourself here on any given Thursday it should already be clear there’s more to this nine-storey, 73-home address than meets the eye.

The jury is out on whether this is really Northenden or Wythenshawe. Either way, the building has been luring local and adventurous film lovers since November 2019, when The Block Cinema and Film Club first launched with a screening of ‘The Railway Man’.

Forced to take a break from March 2020 to December last year, due to the pandemic, the organisation is a brainchild of Together One CIC. A non-profit community interest company, as co-founder Dr. Stephen Evans explains, The Block is one result of that endeavour, and is far from your average indie picture house. 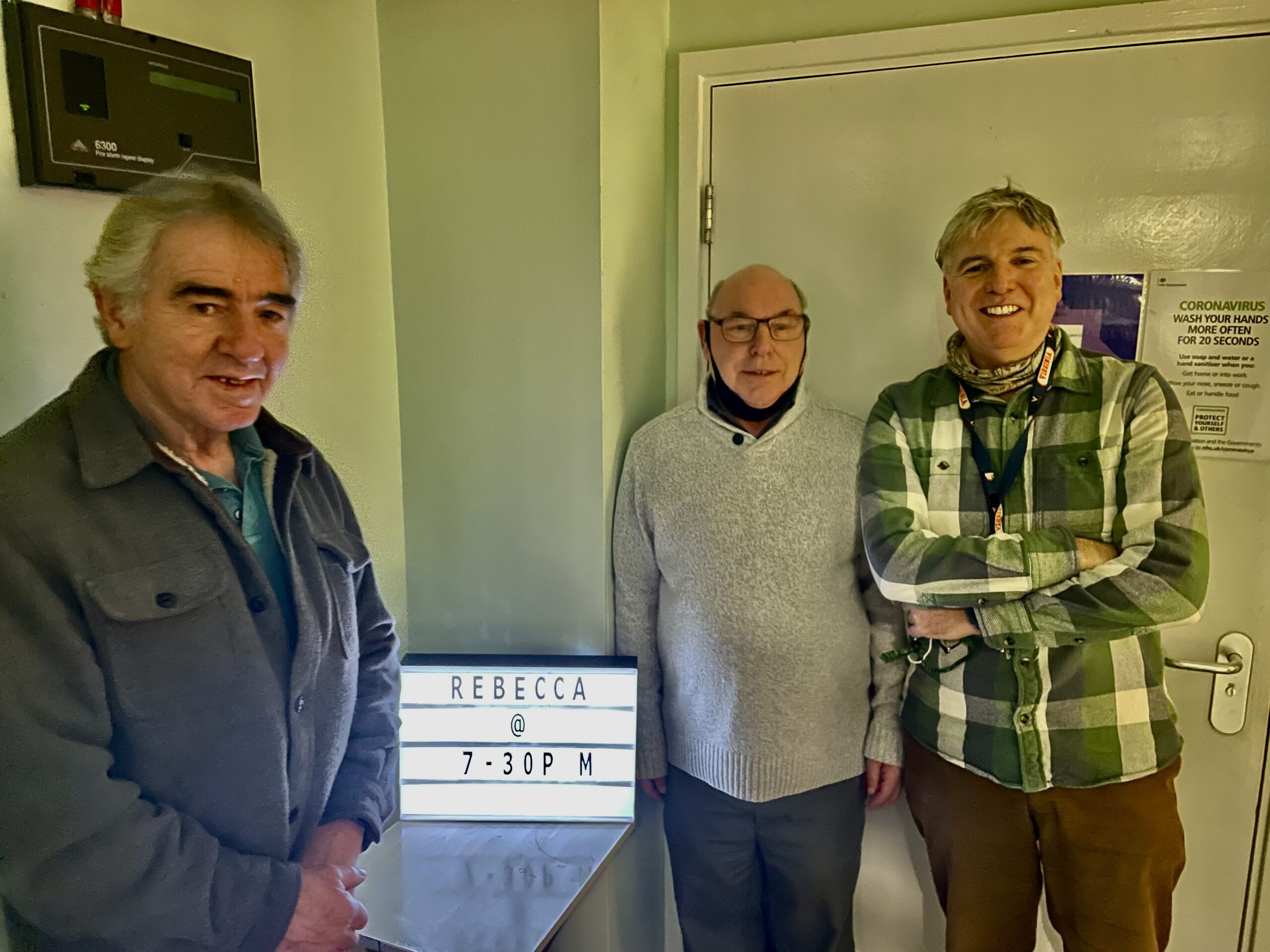 “The intention was to create a cinema that does most of the things a cinema does, but differently to a multiplex,” Evans tells us a day or so after The Block’s screening of Alfred Hitchcock’s moody masterpiece, ‘Rebecca’. ”

“One of those was a wellness aspect, so we artificially keep prices down because we like to encourage people who are experiencing loneliness and isolation to come along and socialise, meet people. We include refreshments in the ticket price, too,” he continues.

“We have the drinks, and then a short talk about the film we are going to screen. We also invariably use subtitles so people for who English is their third language, or the hearing impaired, can be included.” 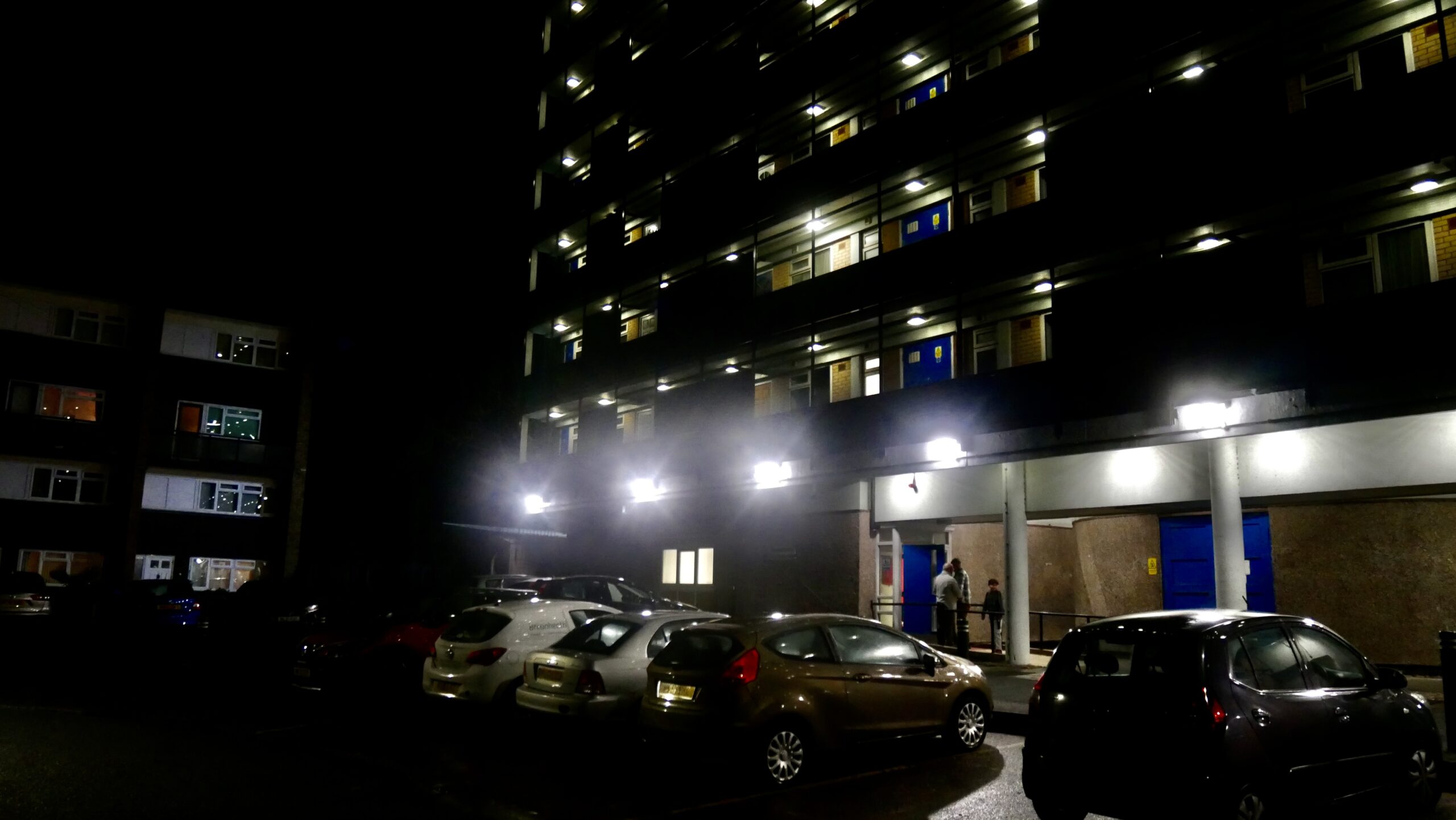 Although still in relative infancy, you could argue The Block has been a very long time coming. Evans is quick to point out Wythenshawe is home to 75,000 people, rising to 110,00 on an average workday thanks to major employers including Manchester Airport, Wythenshawe Hospital, and myriad companies occupying the increasingly sought-after business parks.

Nevertheless the suburb — largest in the City of Manchester — has never had a cinema. Meanwhile, as Evans recounts, neighbouring Northenden once had two, but by the 1970s had lost both.

“In some ways it was about retrospectively looking back at that time, focusing on an art media that people can access,”  Evans tells us.”Yes, you can watch a film on TV, or Netflix or Amazon Prime, but it’s subscription based, and many may not be able to afford that, and also you’re probably watching it alone, which defeats the social aspect of it. 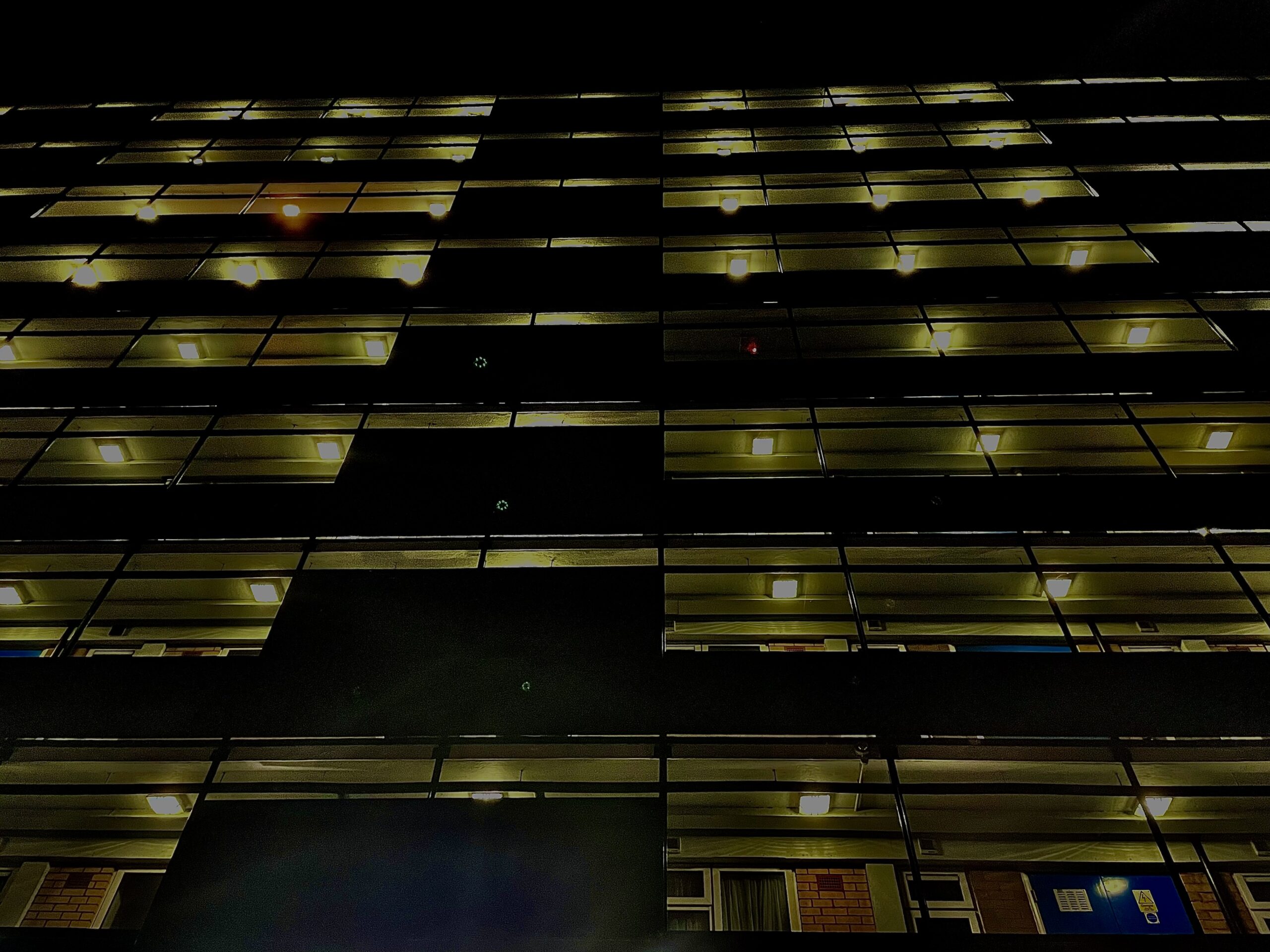 “Unless you have a lot of money — although they are coming down in price — you’re also probably watching it on a small screen. So you’re not getting the experience the director intended,” he says, explaining The Block Cinema boasts true surround sound and a HD projector upscale-able to 4K, for audiences up to 50.

After each screening, those in attendance are encouraged to leave feedback, including possible improvements and ideas on what films should be next. Contenders are ultimately decided on by the core team.

A quick look through the listings shows how broad programming is as a result. This week ‘The Godfather Part 1.’ takes centre stage. Later in the month, James Bond’s latest, ‘No Time To Die’, will play. Further into 2022, there’s a chance to revisit coming-of-age epic ‘Boyhood’, not to mention post-war landmark, ‘The Third Man’, which sees the legendary Orson Welles upstaged by the atmospheric streets of Vienna. 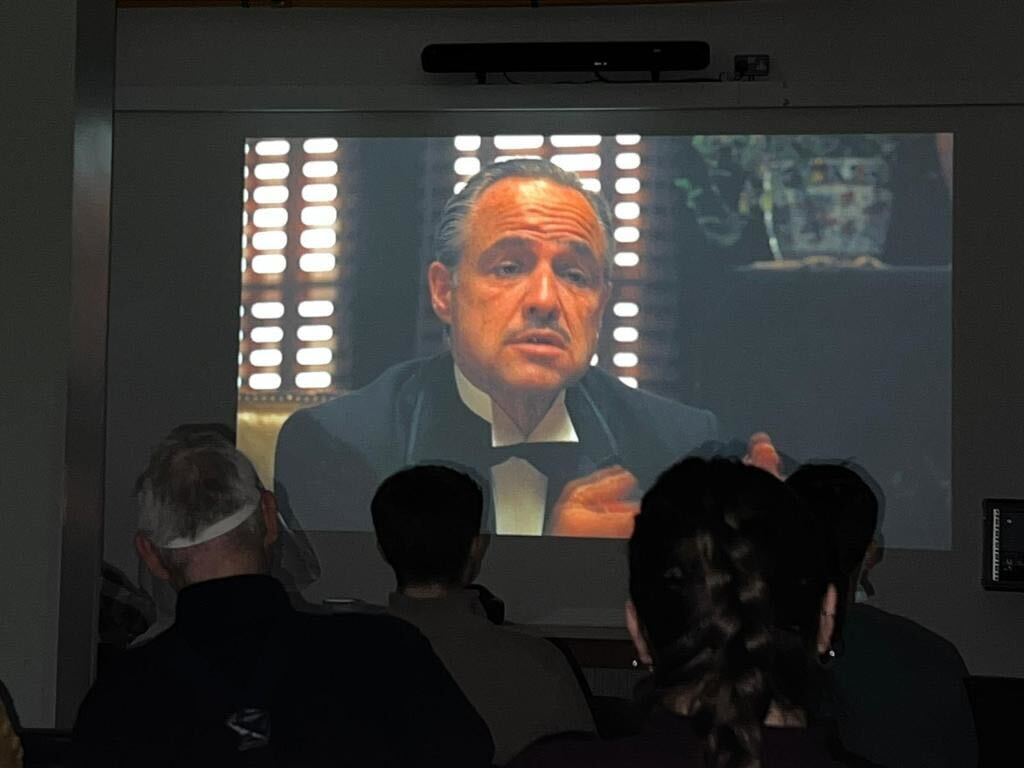 “From feedback, we know people really like musicals, and they are always good to show. You can really work the sound effects,” Evans says. “So I’m pleased will be showing ‘La La Land’ ahead of Valentine’s Day weekend… We’re also celebrating the birth of Tony Wilson next month with ’24 Hour Party People’.”

A stellar example of how an initiative can be born from and directed by community, Evans proudly tells us the project has slowly been getting noticed, including by Manchester Metropolitan University’s celebrated School of Art. While nothing is confirmed, tutors have enquired about sending students from film courses to learn how small scale independent cinemas can be established without huge budgets. 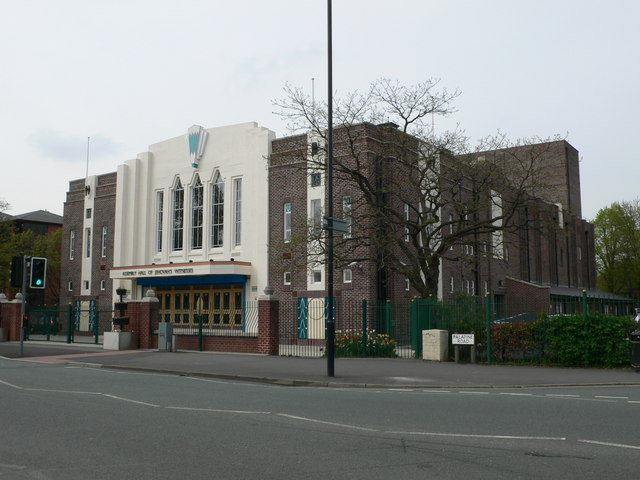 Assembly Hall of Jehovah’s Witnesses, Palatine Road, once Forum Cinema, one of two former-cinemas in Northenden

“We’d like to do more community related work, involving the cinema. So for example we would like to run matinees, probably reaching out to groups we are not reaching at the moment,” says Evans when we ask what comes next for The Block. “Some people don’t like going out late at night in winter, also parents of young children, maybe through kids-themed matinees.

“More opportunities for volunteers, to enhance CVs. More work with schools… And the website says cinema and film club, so developing the film club side of it, perhaps with more independent films that don’t get shown often,” he continues. “Our present focus is on just building what we do have and really publicising it. It’s quite brutalist architecture where we are, it does’t look anything like you’d expect from a cinema, so it’s an example of a different way of presenting things.”

Forthcoming screenings at The Block Cinema: