One of the city's hardest working cultural professionals waxes lyrical, and explains what's next for Mayfield Depot's dining and drinking destination now dancing is on the menu 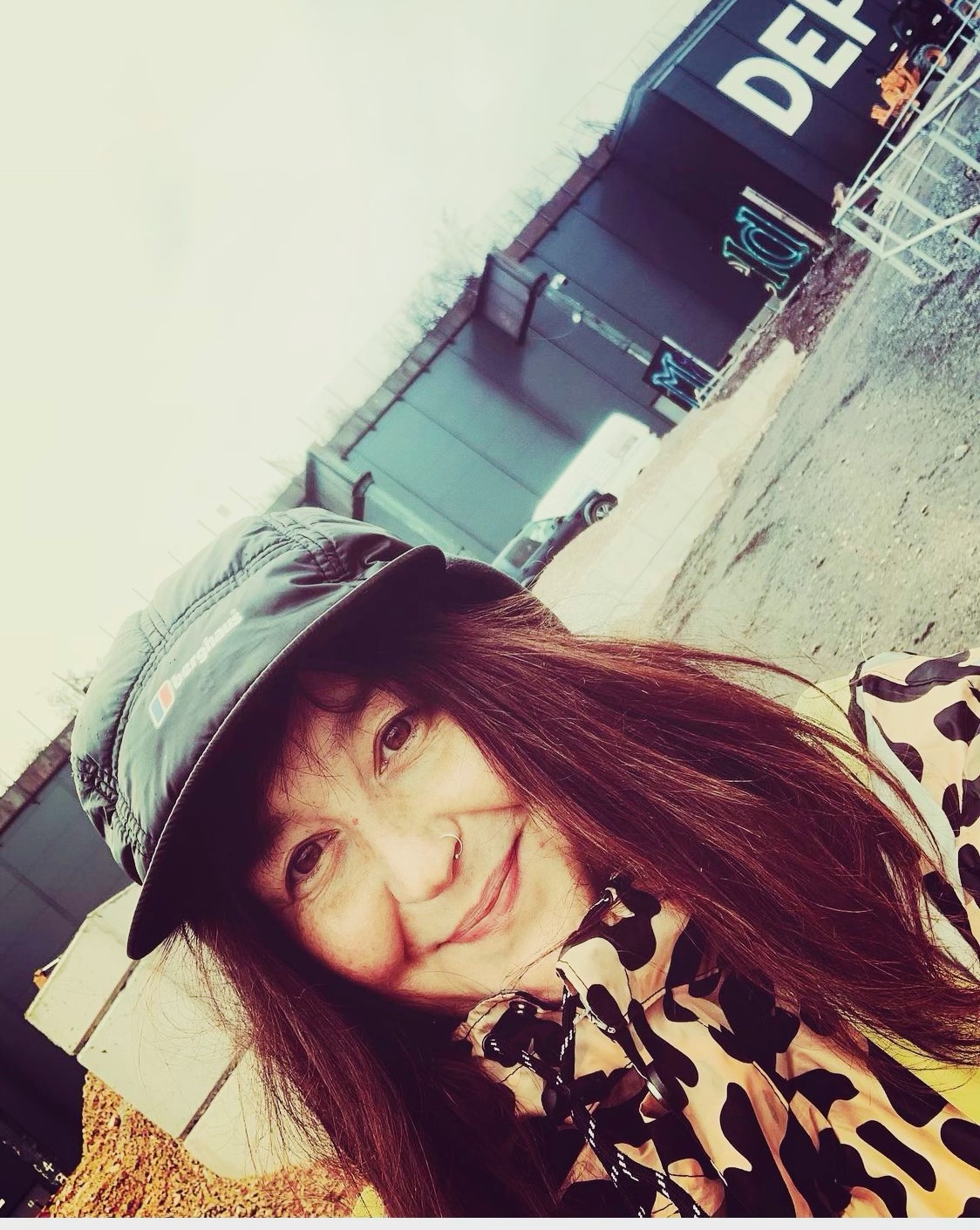 “There’s no let up for me, I go from one thing to the next, from the minute I get up to the minute I go to bed, 365 days a year. But I feel that’s what I was put on this planet to do — connect people,” Sophie Bee tells us over coffee, in her typically expressive and impassioned tone.

It’s a huge understatement. While we chat a relentless stream of messages land on her mobile, proving time waits for nobody when most of Manchester’s club scene has your digits. However, the real evidence lies in a resume that name-checks countless treasured institutions past and present.

We discuss ‘visioning’ work at Gorton Monastery, where she has helped the in-house team understand what directions this historic but underused asset could go in next. A “dream event” inviting city residents to march alongside local leaders so both understand one another better. And September’s Audio Farm Festival, which has long-since called on her expertise at rave logistics, management, and organisation. But this barely scratches the surface. 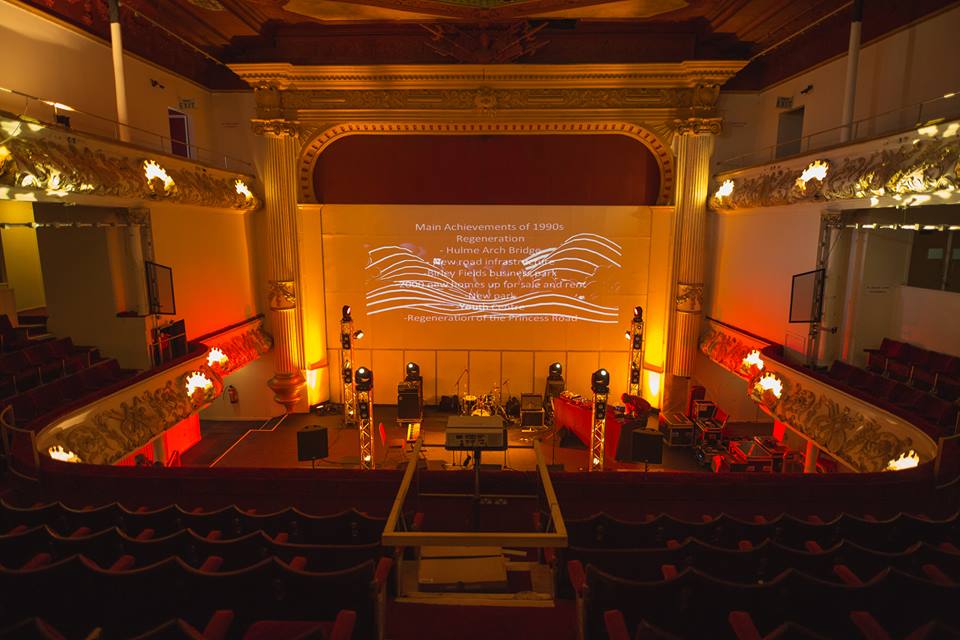 Previously there was the launch of radical arts and cultural centre, N.I.A.M.O.S., in Hulme. You can also add Un-Convention independent music conferences, Zion Centre exhibitions, a role setting up Unity Radio and curation of Albert’s Schloss to the list. This is before we come to opening the Platt Field’s Park chapel as a venue, its co-operative management structure indicative of her personal outlook.

More recently, she organised Manchester International Festival’s [MIF] staff party in a matter of hours. The day before we meet she attended the grand unveiling of Manchester Airport’s new super terminal. In November, she’ll once again be involved with Homobloc. And further afield, Glastonbury Festival’s IICON area also has a lot to thank her for. This breadth of work indicative of her life view, which is easy to summarise and hard to contest — everyone can and should get involved when and where possible.

“If we go back to the 1990s, and you look at it, everywhere else in the country you dressed in a certain way, you went to a certain club, listened to those records. Not in Manchester,” Sophie recalls. “You could go and buy a record in Spin Inn, then sit in the cafe at Afflecks Palace listening to Siouxsie and the Banshees, go smoke a joint in the back of Arch Bar to reggae, hit The Junction for a live band, and wind up at a rave listening to gabber for eight hours. 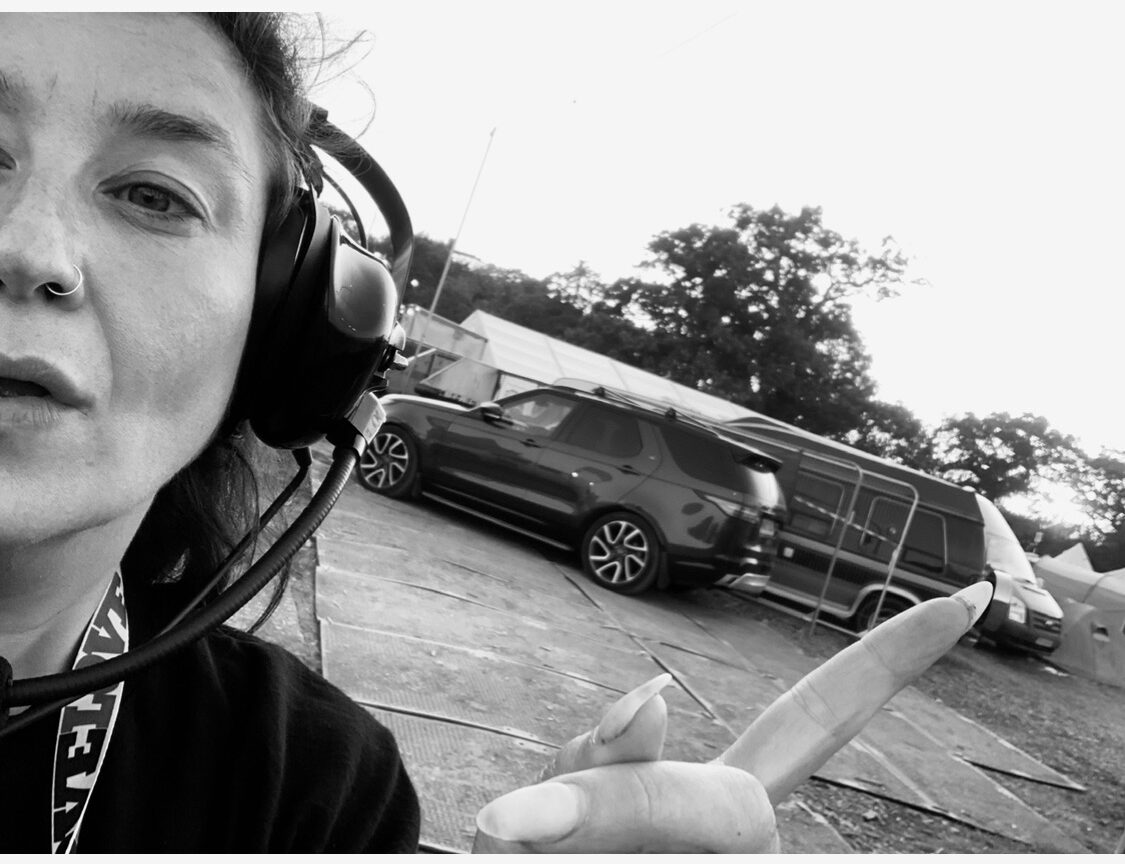 “You could wear flares with Air Max and come out in a pair of Dr Martens the next day. It’s a beautiful cultural melting pot… we’ve always accepted everything,” she continues, clarifying how an upbringing at the hands of the city, her “hospitality entrepreneur” father and Playboy Bunny mother, now informs her work. “You’ve got to include people, people have got to feel they’ve got autonomy in what you’re doing… I’ve just tried to make sure that everybody’s onboard and everybody feels loved.”

Today Sophie is in charge of programming Escape to Freight Island, responsible for the week-in, week-out schedule of live bands, DJs and more. It’s a role that has taken on new significance now the iconic drinking and dining destination has shifted up a gear to welcome the return of dancing in the wake of England’s lockdown easing.

As the conversation continues, it’s obvious she’s both excited and proud of what’s lined up. “Now’s the time that we can start building some different layers into Freight,” Sophie explains, citing an abundance of new ways in which the space, which really took form during the pandemic, can now be used as restrictions are lifted. 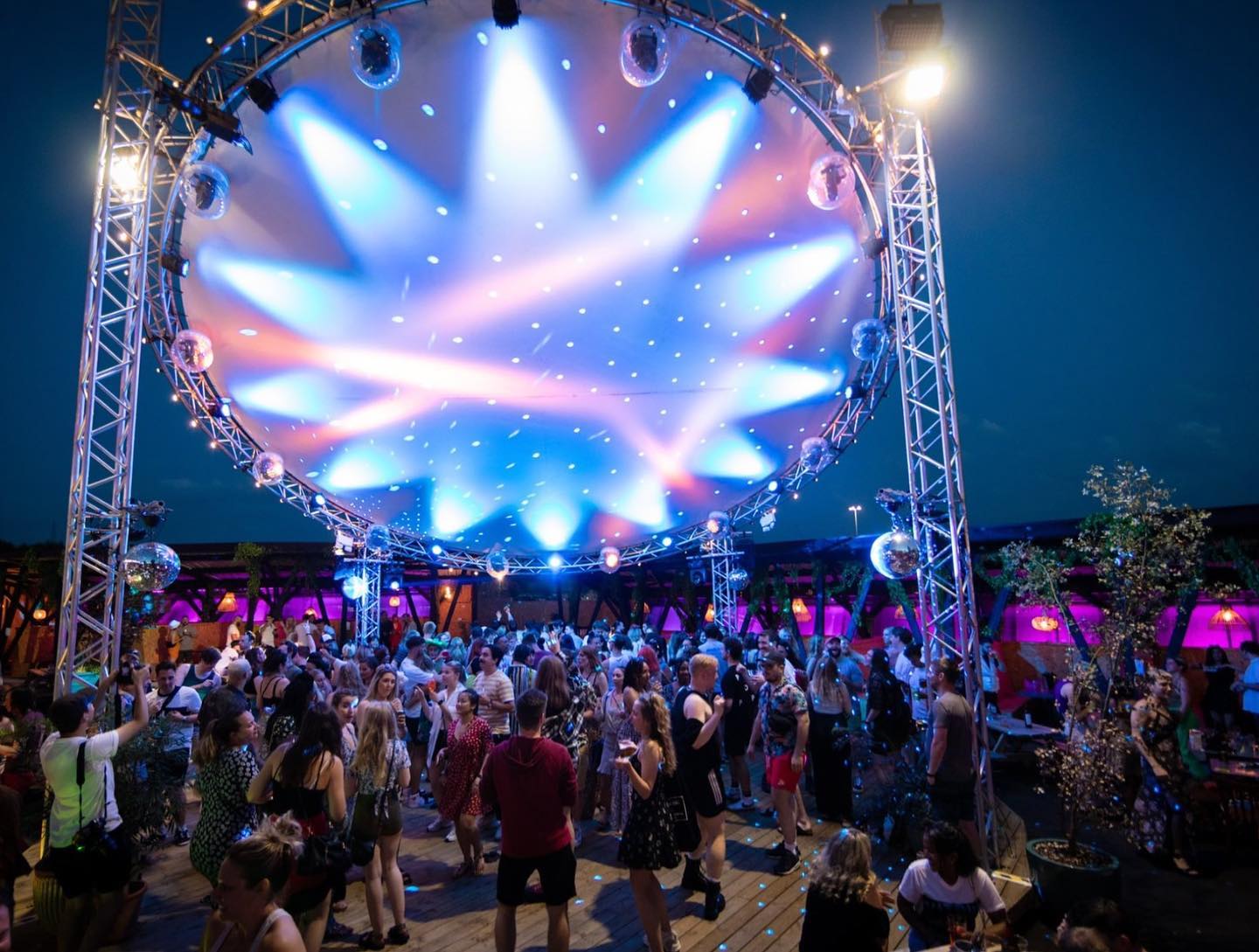 When we ask for examples she hits us with plenty, from crowds under giant parachutes and balloons at family-focused session The Breakfast Club, to a selection of tie-ins with the forthcoming season of The Warehouse Project next door. The latter dates are currently under tight wraps, so we ask for some specifics.

“The next season from Escape to Freight Island sees some exciting collaborations from promoters and festivals. Focusing on a collection of all-day Sunday BBQ parties, you should expect big names and elevated talent from local heroes,” Sophie tells us. “There’s a weekly Wednesday residency from The Untold Orchestra, with shows dedicated to artists ranging from Amy Winehouse to Paul Simon.

“We also have a new sound system show including a live brass, horns and percussion section with heavyweight Manchester DJs getting you ready for the weekend from Thursdays. Not forgetting the super-charged Sunday Cabaret from Amuse Bouche, with the creme de la creme of the city’s queer talent.”

Keep track of what’s coming up at Escape to Freight Island here.

The Untold Orchestra have announced a series of weekly Wednesday performances through August and September, with tickets available NOW… 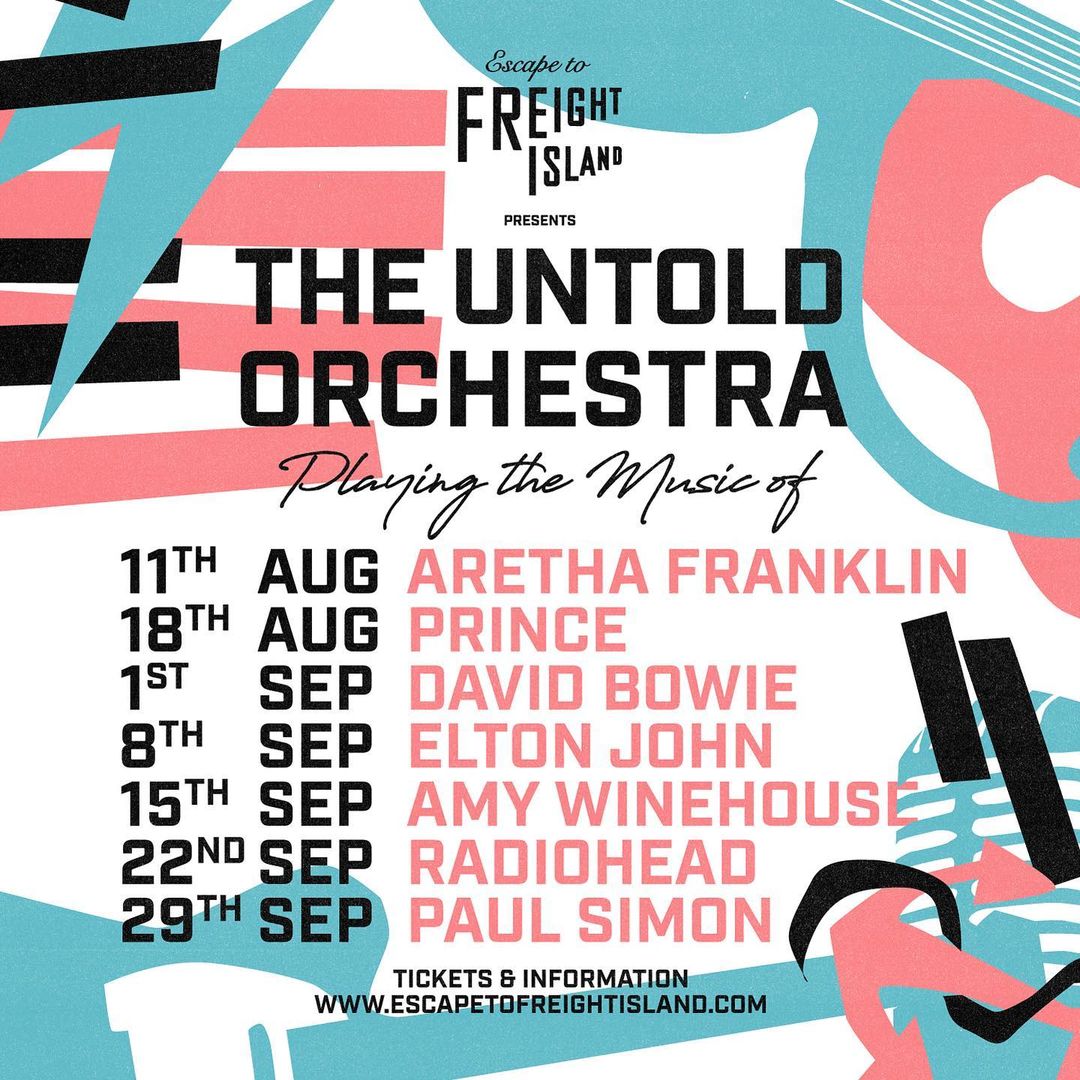