Stars of The Lost Boys are coming to Manchester this Halloween!

For the Love of Horror will feature Kiefer Sutherland, Jason Patric and the rest of those bloodsucking vampires...

The UK’s leading horror convention, For the Love of Horror will be heading to Bowlers on Saturday 19th & 20th October and they’ve decided to bring almost the entire bloody cast of 1985’s The Lost Boys.

If you’ve never seen it you’ve got a couple of weeks in which to rent it on DVD from Blockbuster and do some serious homework. The story of a family moving to California after their dad goes AWOL, brothers Michael and Sam quickly discover that their new town is a bit… bitey.

Featuring Kiefer Sutherland as the leader of a gang of cool-as-fuck vampires, and Corey Feldman as a not-so-cool vampire hunter (who just happens to be about 12 years old), The Lost Boys did some massive numbers at the time and is still considered to be a classic.

Well, you can now meet most of the stars of the film, many of which went on to bigger and better things. Kiefer Sutherland needs no introduction as he then went on to become Jack Bauer in 24, while Jason Patric went on to star in one of the best films of all time – Speed 2: Cruise Control.

Also joining them from the non-Lost Boys ranks will be Tony Todd (the Candyman!), Tobin Bell (Jigsaw!) and Bill Moseley (Chop Top in The Texas Chainsaw Massacre 2!).

On top of this you’ll also find the following….

Tickets are still available and can be purchased below.

For the Love of Horror 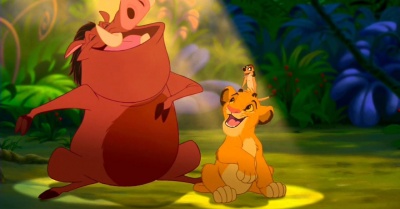