"The homeless are what you step over when you come out of the opera." 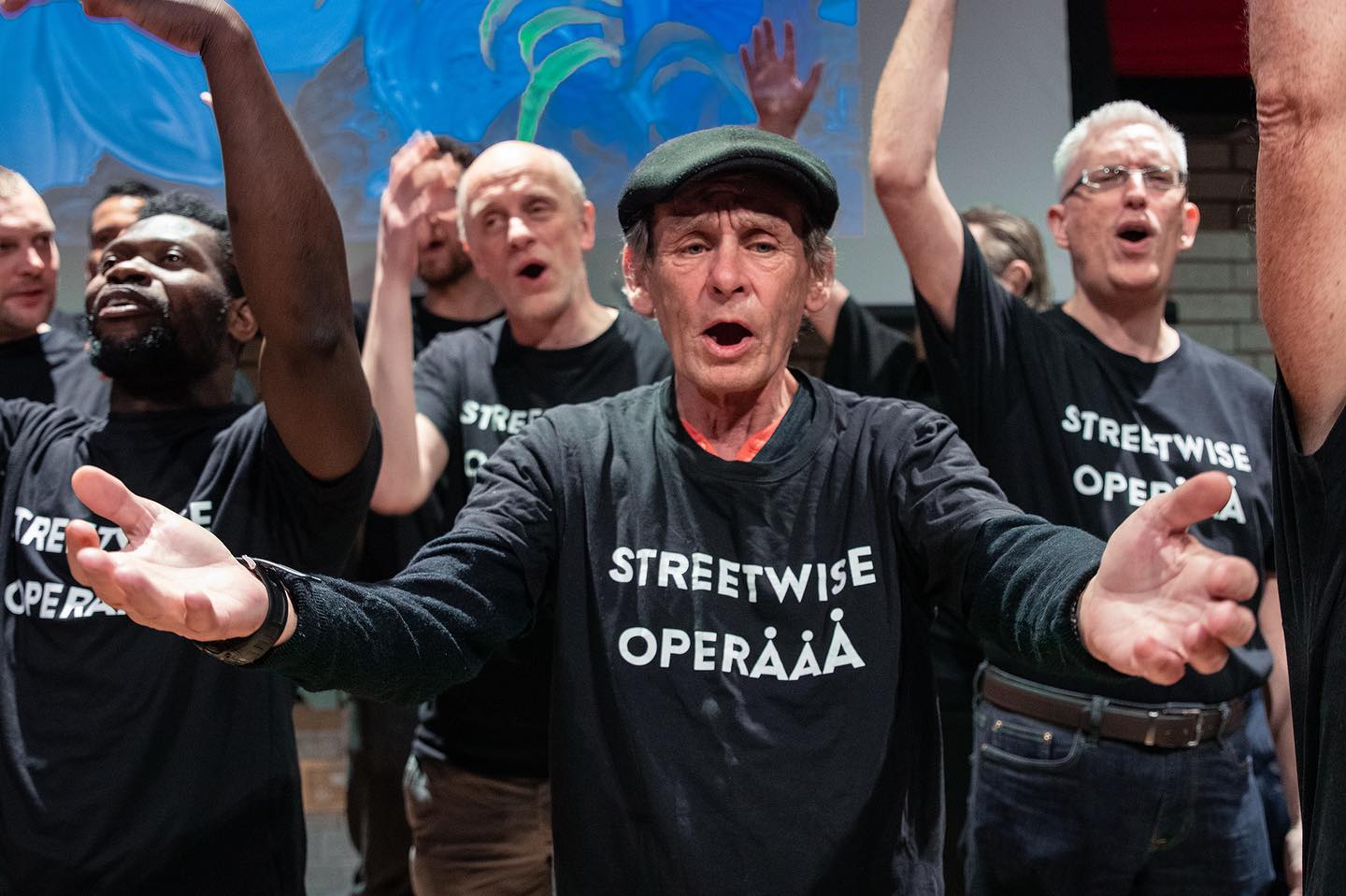 This quote from a politician over twenty years ago understandably upset the residents of a homeless night shelter in London and, through the work of homeless support worker Matt Peacock, very quickly led to an operatic performance of The Little Prince at the Royal Opera House – a performance by those experiencing homelessness.

Now, in 2022, Streetwise Opera brings together those experiencing homelessness and disenfranchised in five cities throughout the UK to stage successful performances and music workshops.

It was thoroughly enjoyable to be invited to rehearsals at 53two for Figaro’s Factory, a Manchester Streetwise Opera production to be staged at The Royal Northern College of Music on Wednesday 30th March. 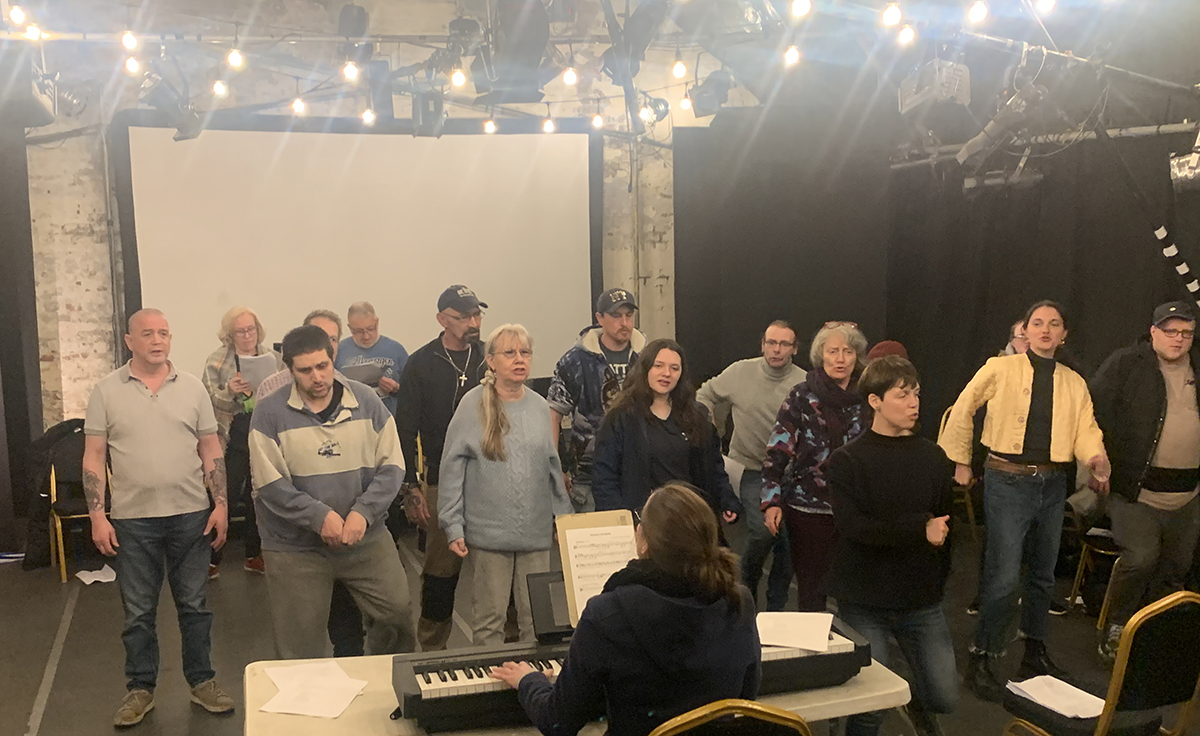 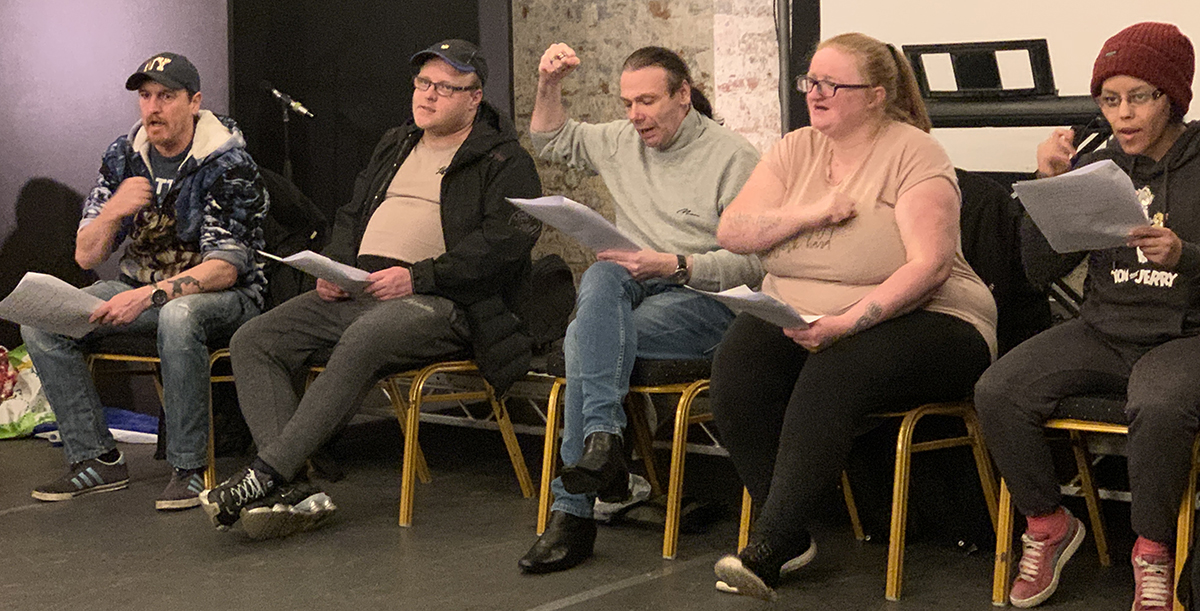 The assembled cast might seem an unlikely gathering to perform opera. When I chatted with them at the break they were happy to share their stories with me.

Some are still homeless, all have experienced homelessness at some time. The stories are all sad and often shocking, but I have to say that in this environment the predominant mood and sound was upbeat and cheerful.

Streetwise Opera provides an outlet for worries, a focus enabling diverse characters to create something enjoyable and unique out of personal adversity. The sense of fun and constant banter between the fifteen or so cast member for this production is endless.

But make no mistake about it, they are striving towards a performance which will be polished and re-polished before the curtain goes up. And this goes for the choreography along with the vocal. 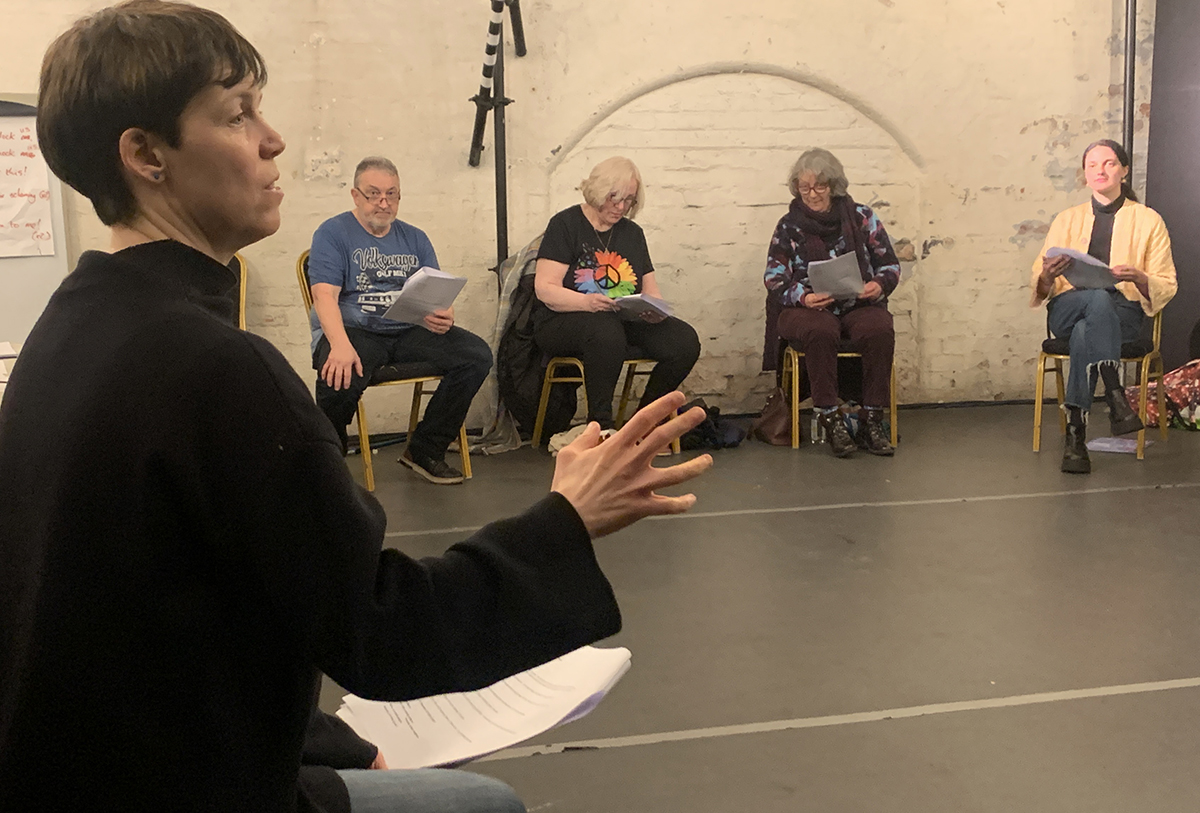 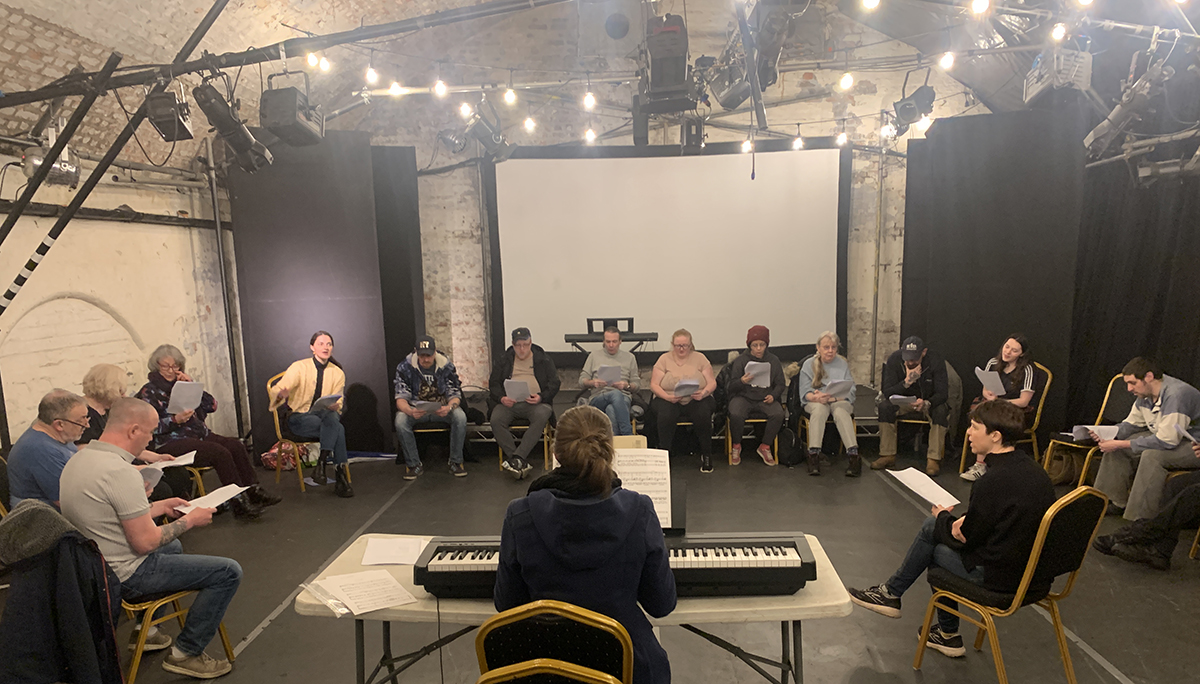 Streetwise Opera create workshops, arrange theatre visits and, of course, provide a regular social focus for people who might otherwise be isolated. The members of the cast that I talked to competed with each other to tell me about events and the various activities that they have been involved with. Some have been part of the group for many years and have progressed from homelessness to relative stability.

The rehearsal was divided into two, two hour sessions with both a production director and a musical director. Support workers both oversee the rehearsal and makes sure that all the members of the cast know about arrangements. 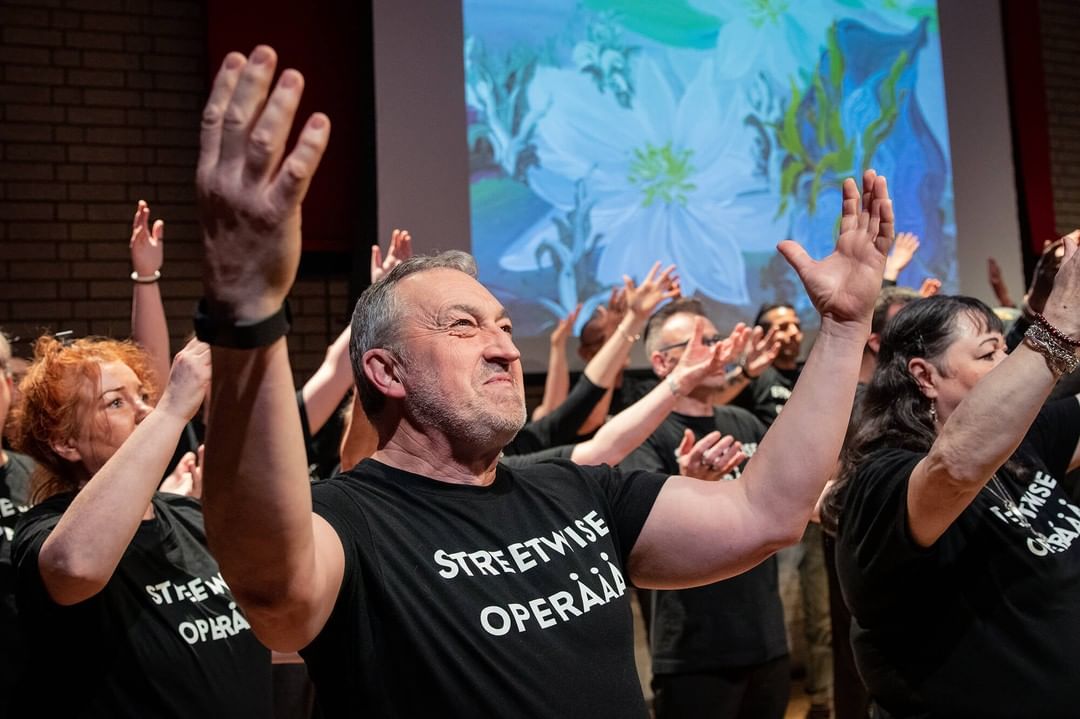 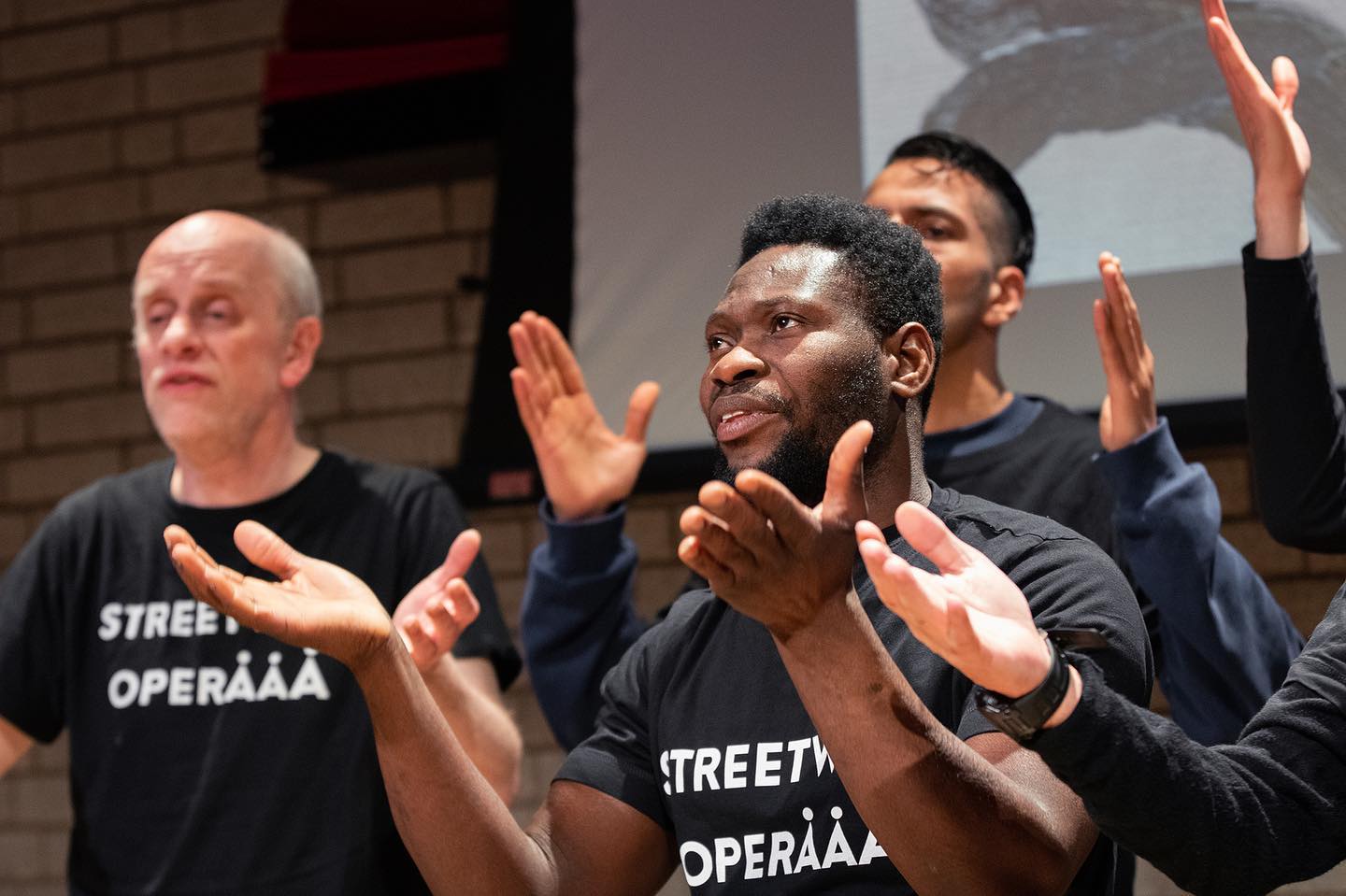 As the rehearsal (and half time tea and bun break) came to a close, I was aware that throughout the previous hours I had smiled constantly.

That’s the thing of course. Creating friends and making smiles. The performance is the ultimate aim (and I’m looking forward to seeing it), but the journey to that stage is just as important. 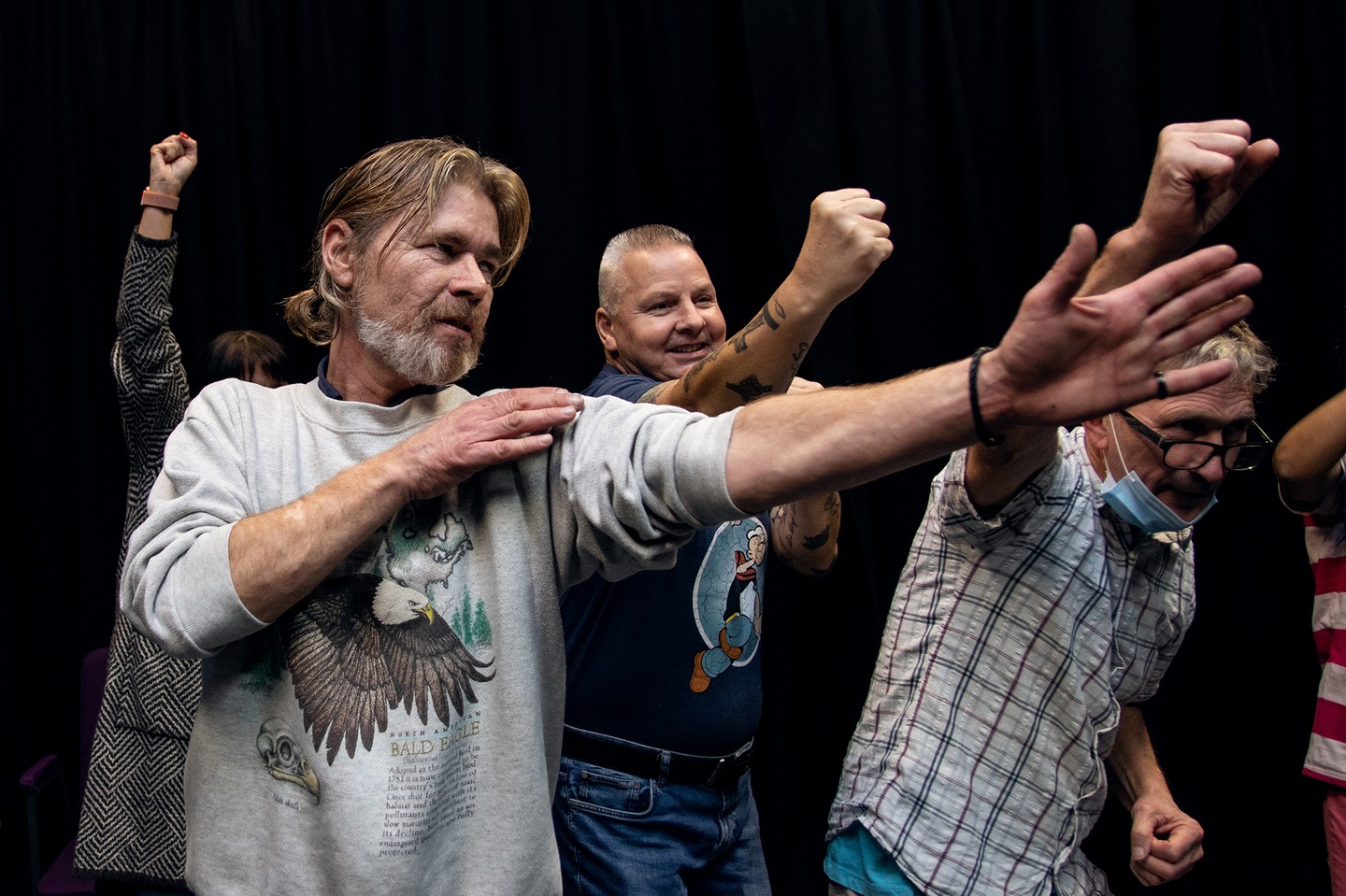 At 4, when the rehearsal finished, there was an immediate sense of urgency and I asked one of the cast members where they were all going in such a hurry. “The Arndale,” I was told. “We’ve got discount food vouchers!” Happy opera singers, no divas.