The Artist who Creates Post-Apocalyptic Images of Manchester 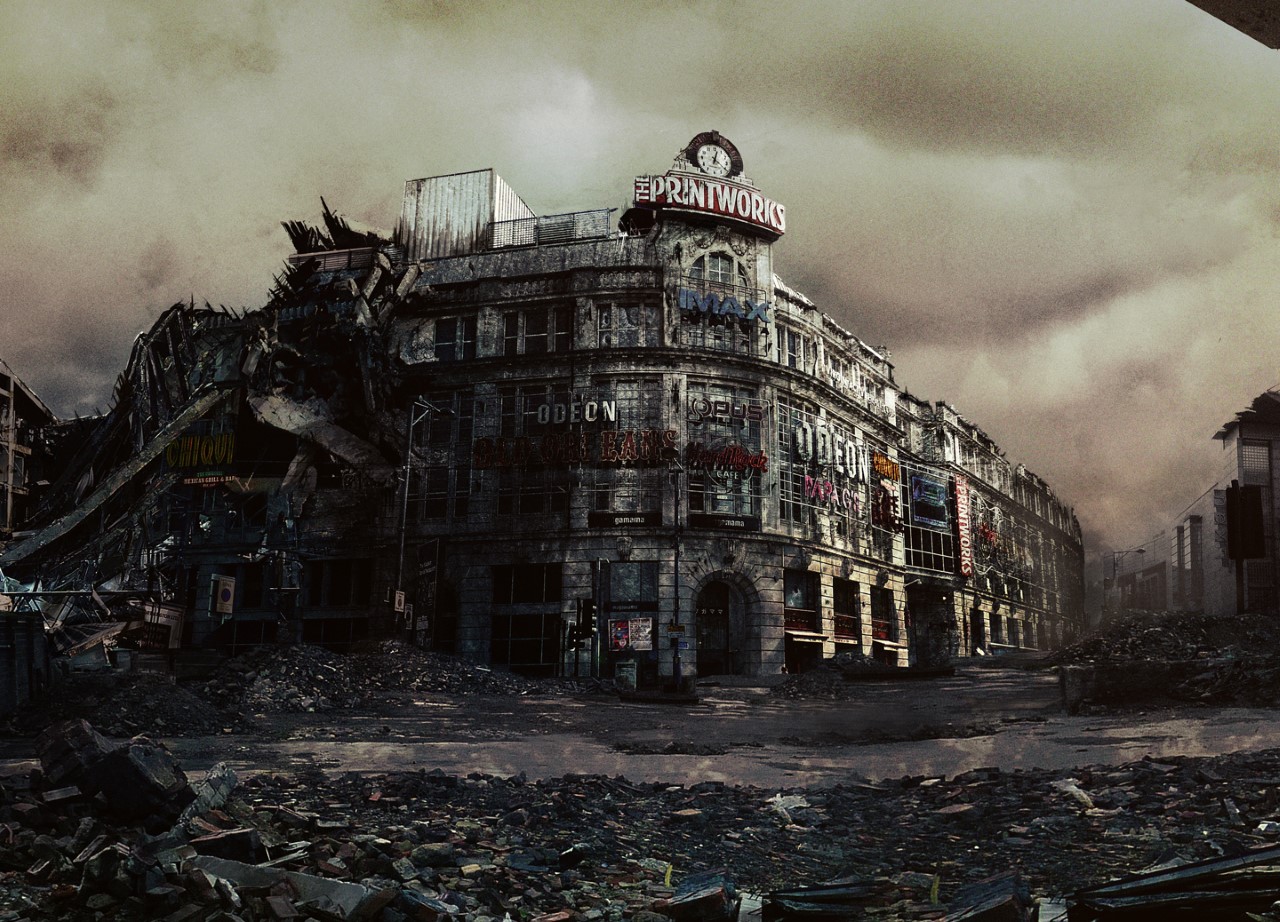 The Printworks on a Friday night

Apart from the Cuban Missile Crisis and that night you watched Threads, we’ve probably never been closer to the actual ‘End of the World’ as we are now.

COVID is flying around the world willy-nilly, despot leaders are actively encouraging each other to press ‘The Button’, and worst of all – Simon Cowell’s face just seems to get weirder and weirder by the day. 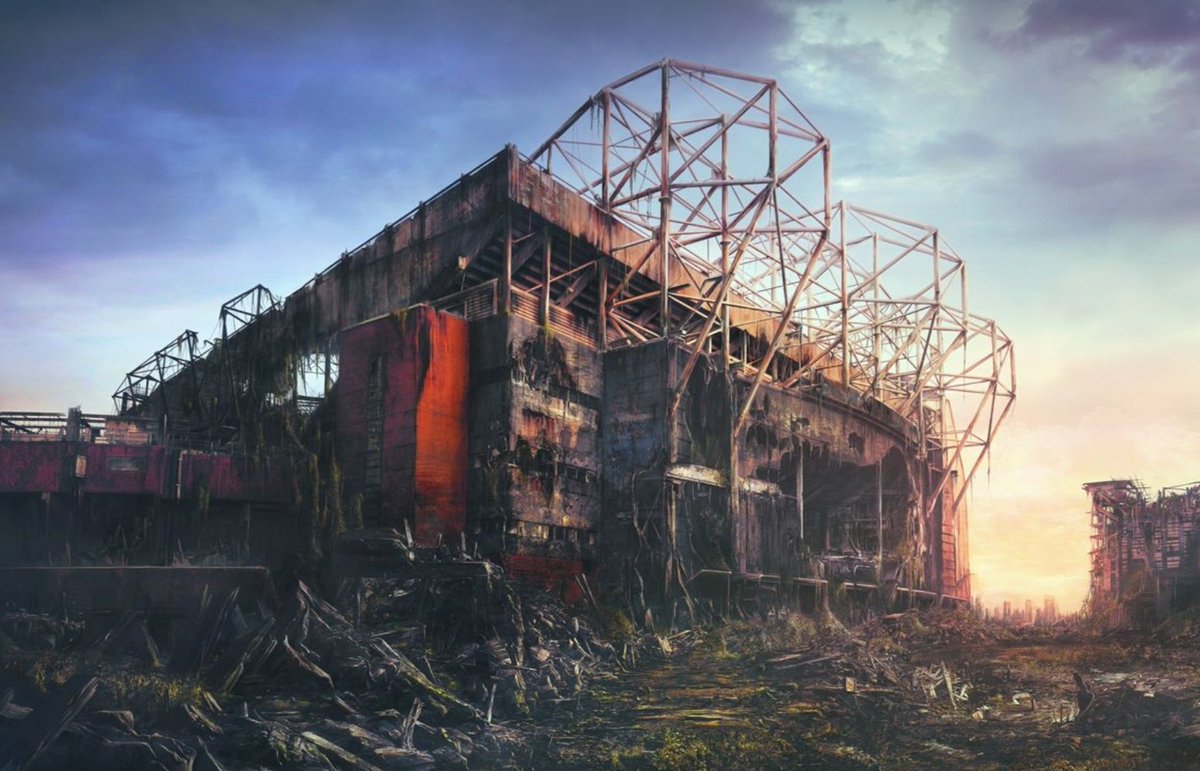 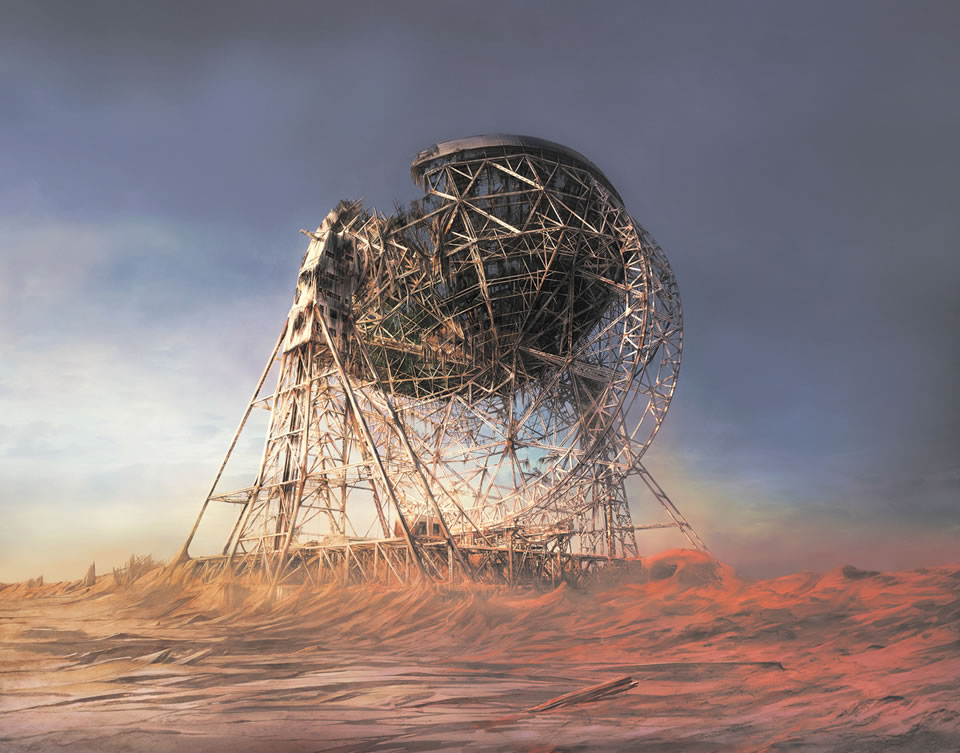 It’s safe to say that we’ve been pretty obsessed with the actual ‘apocalypse’ for years now – it seems to be a basic human need to have to envision and come to terms with the end of everything we know. From the Mayans to Judgement Day in the Bible to Terminator 2: Judgement Day – we’ve been obsessed since forever.

One person who is equally interested in the apocalypse is James Chadderton, a British mixed-media artist whose work consists mostly of post-apocalyptic landscapes – depicting nightmarish scenes that blend the line between reality and fiction. 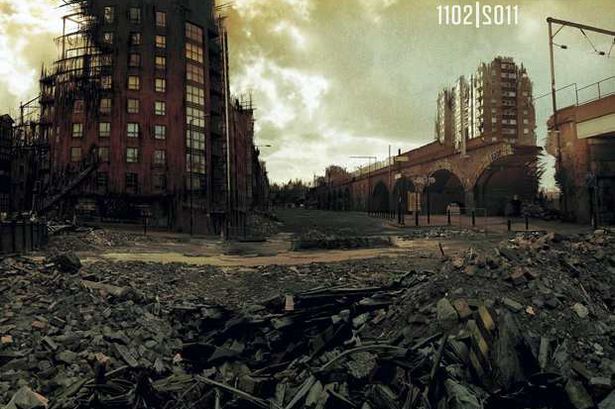 Peter Hook’s EP with a smashed in Hacienda

Inspired by the nightmarish images of dystopian films and video games, James draws the viewer into an alternative reality, where iconic and familiar Manchester landmarks and areas are turned into something dark and macabre.

The haunting post-apocalyptic urban landscapes let imagination run wild about the “how” and “why” questions, while giving the viewer a glimpse of how the world might look after an apocalypse. 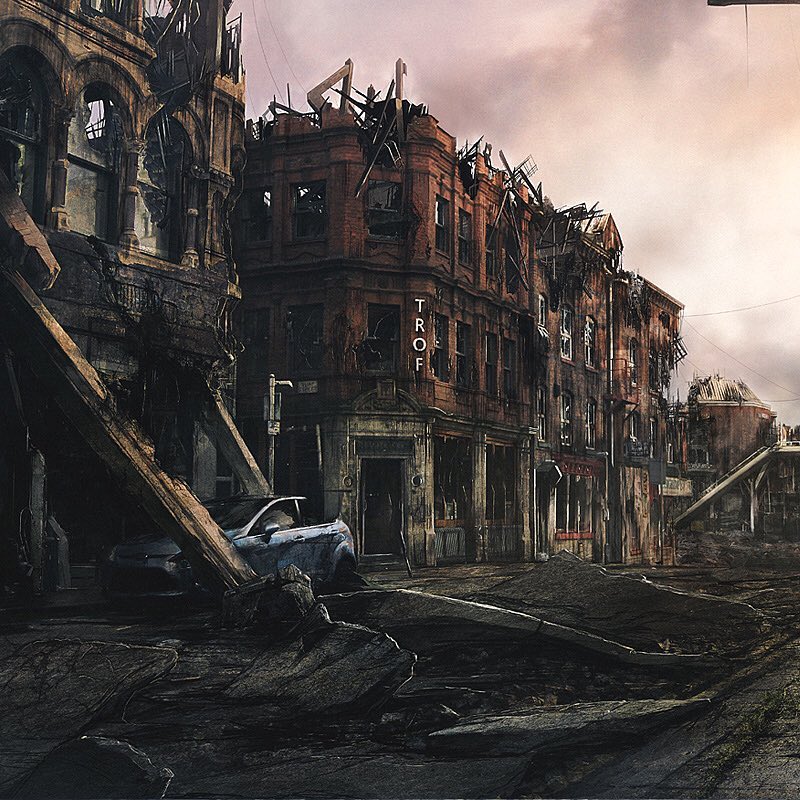 Even after the apocalypse – TROF will still be serving up a mint roast! 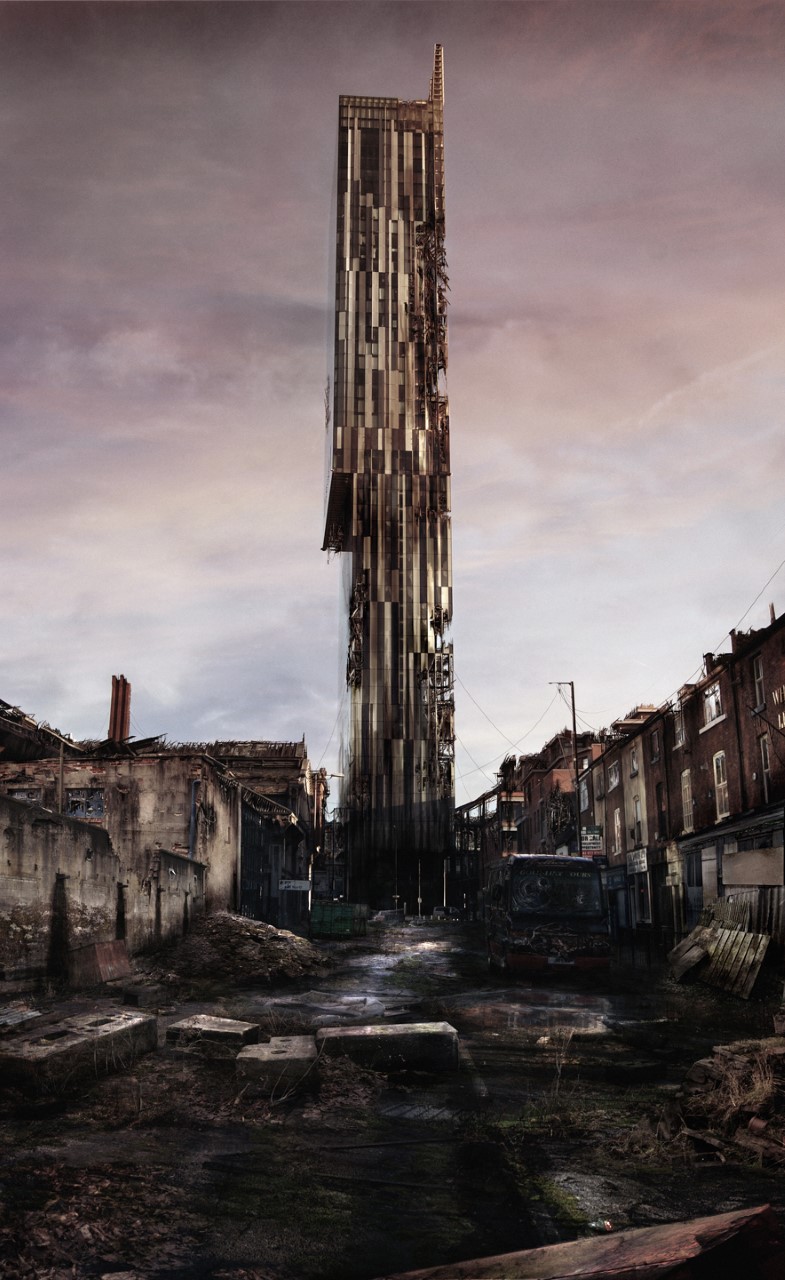 I wonder if it’ll still ‘whistle’ when windy?

In the past he’s collaborated with EA on the Battlefield franchise and also worked with Manchester legend Peter Hook for the cover of his EP 1102/2011. His work has been exhibited throughout the North West and nationwide, and now you can have it in your own home.

As well as visions of Manchester, he’s also produced images of Liverpool, London and Blackpool – although in the latter – it’s hard to distinguish his vision from reality. That’s the best joke you’ll read all day. But seriously, sorry Blackpool, I actually LOVE you. 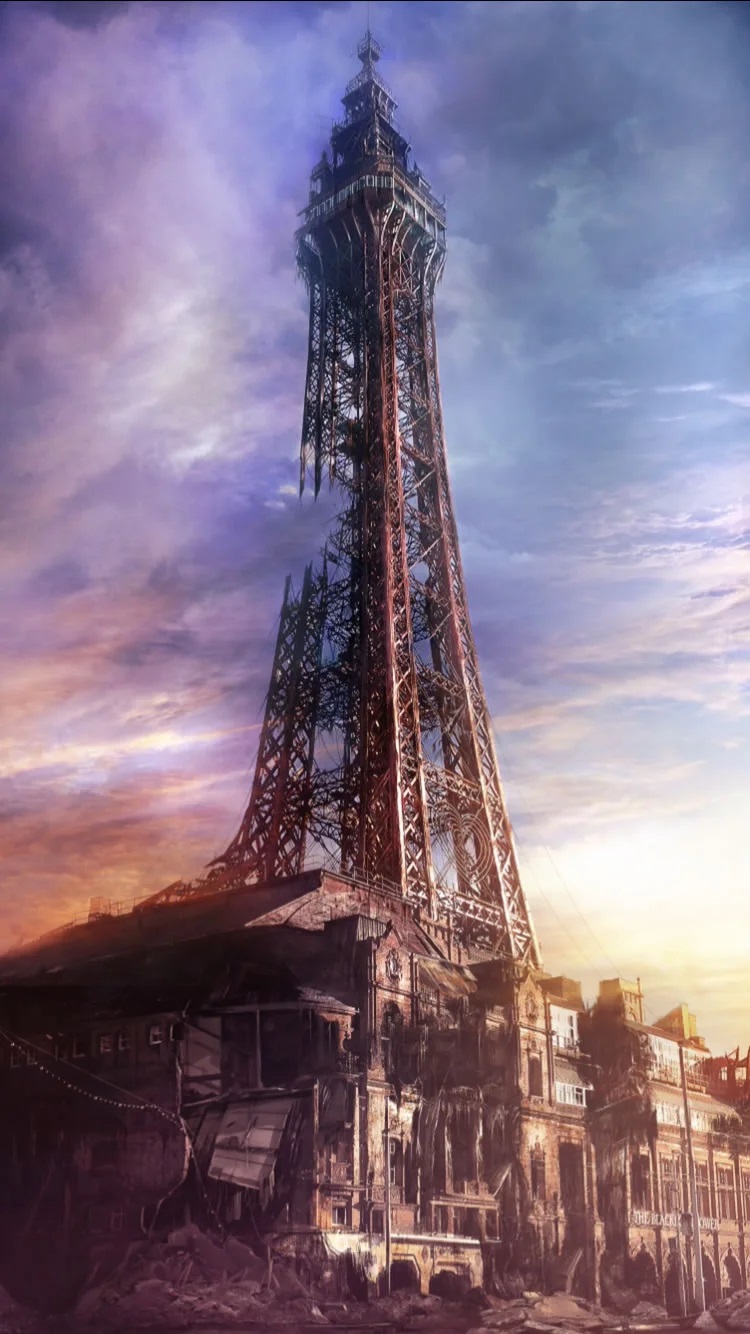 Seriously though, Blackpool is mint 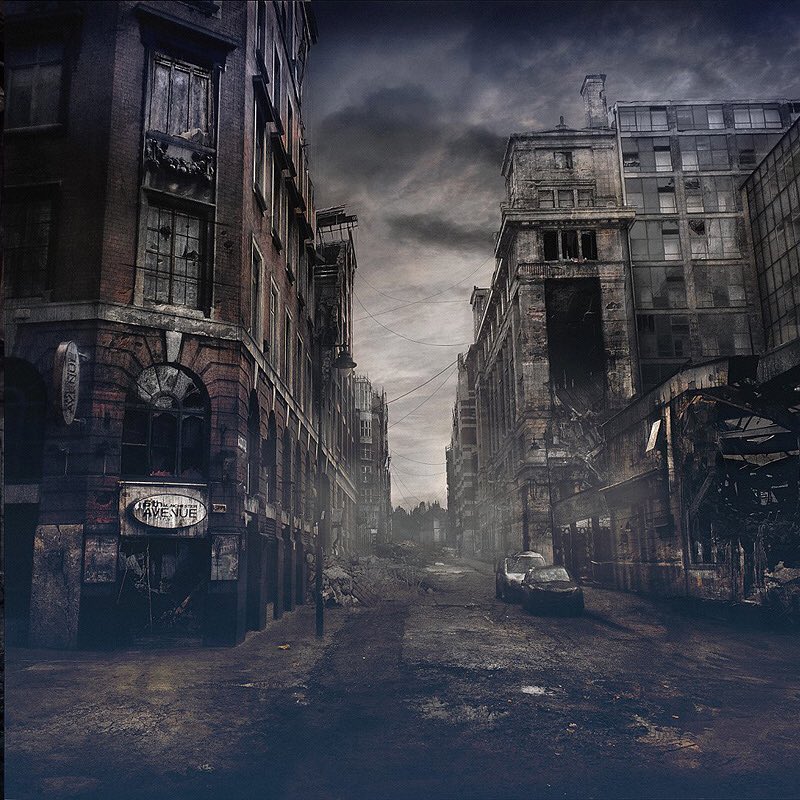 5th Ave looking the best it has for a long time…