The Manchester Artist who has transformed Wembley Park with inspirational messages

The public art will be at Wembley Park for the duration of the Euros and beyond... 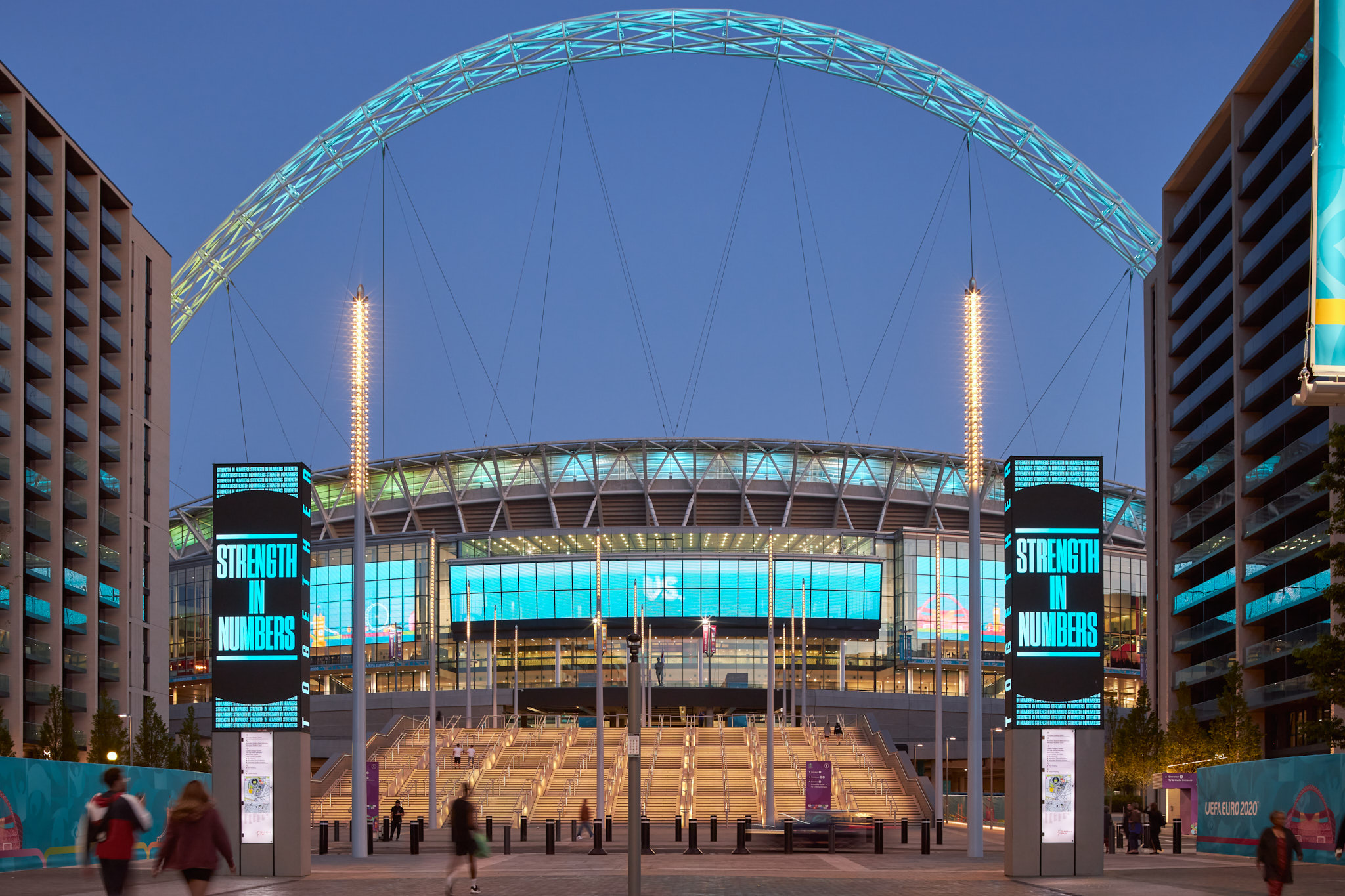 The award-winning text based artist and designer Micah Purnell has created a new installation for the Spanish Steps at Wembley Park. Renowned for his distinctive, inspiring public messaging. Purnell lives in Manchester, and has worked with clients including the NHS, The Guardian and Elbow. 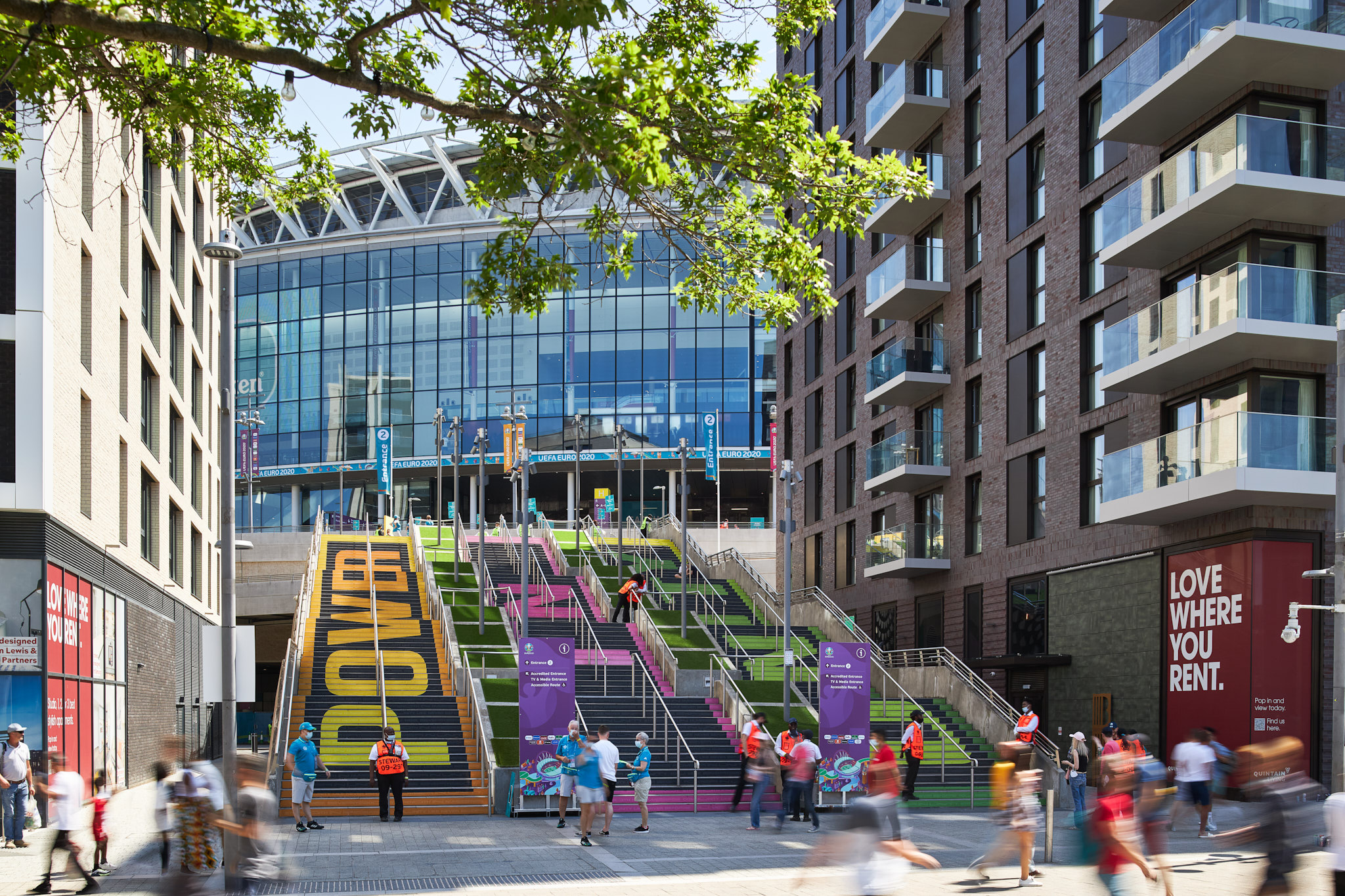 “It seems to me the only way to rally against adversity is together, whether in sport, in health or against injustice. It’s the practice of togetherness that we have the greatest potential for victory, healing and change. This is what the artwork is about – that some funky colourful vibes to brighten your day” says Purnell

One fitness enthusiast on social media said “Don’t you just love running up these stairs? It’s become part of my workout now! 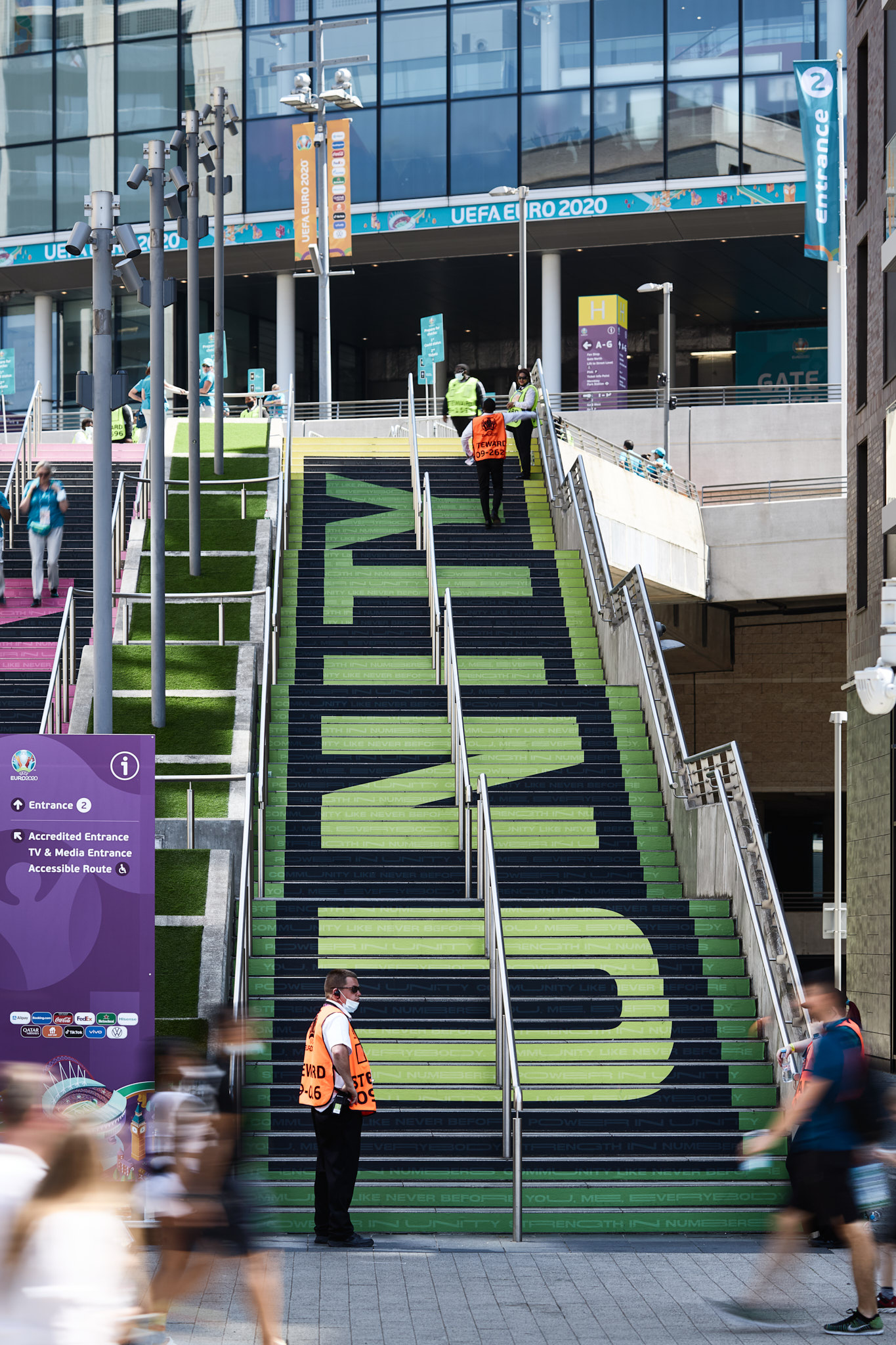 Alongside the installation are scores text based illuminating animations across Wembley Park. Eight messages have been created by Purnell in response to the brief ‘Against the Odds’ and underpinned by togetherness.

The statements include ‘Strength in Numbers’, ‘Community Like Never Before’ and ‘You and Me & Everyone’, which all speak of unity, inclusivity and togetherness, in spite of difficult times. 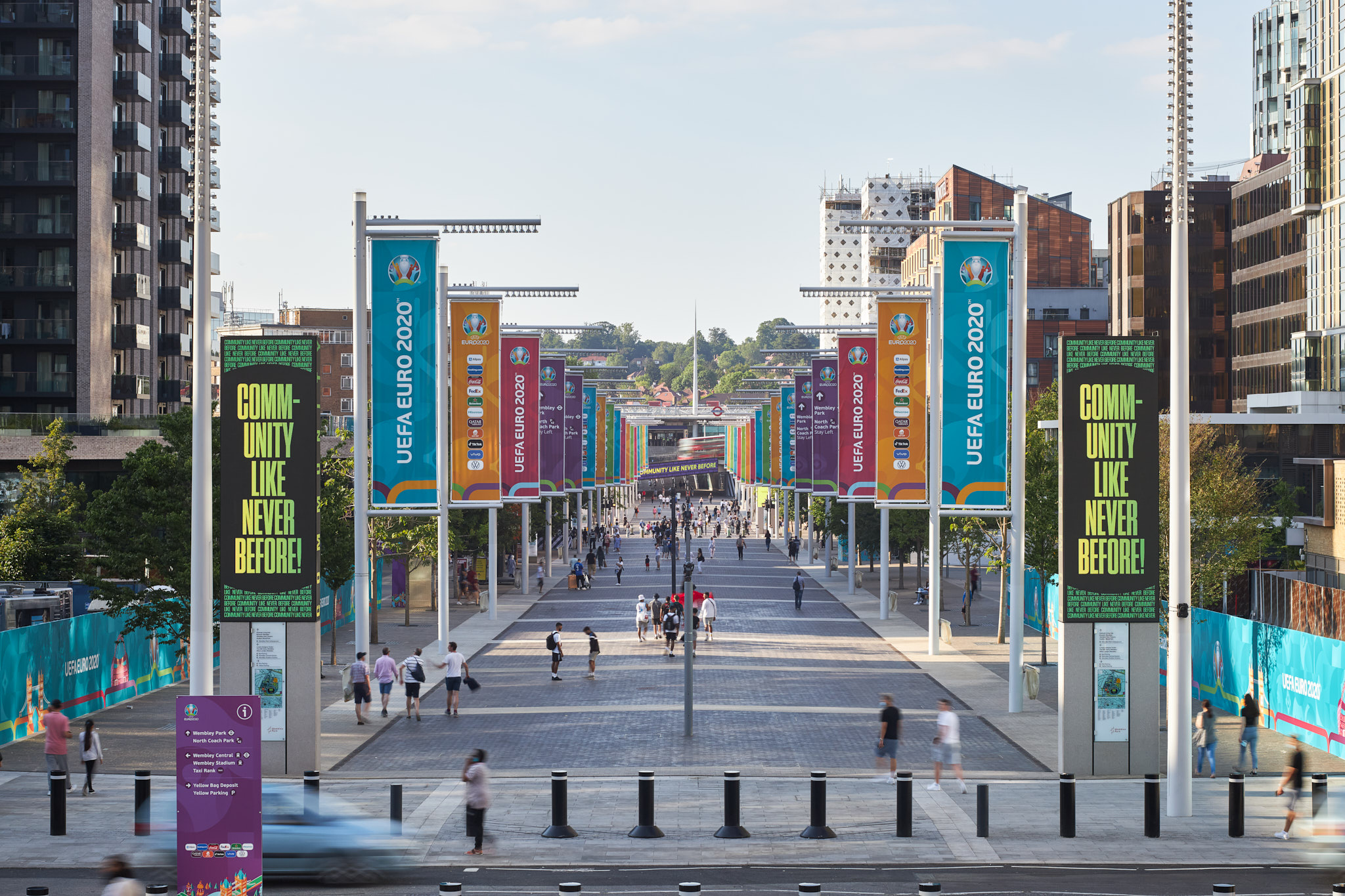 Purnell says “The vibrant colours I use bounce out of the darkness. People are supporting one another in more tangible ways, difficult times such as these have in some way shone a light on local humanity.