The MASSIVE Line-Up for this year's Manchester Pride Festival... 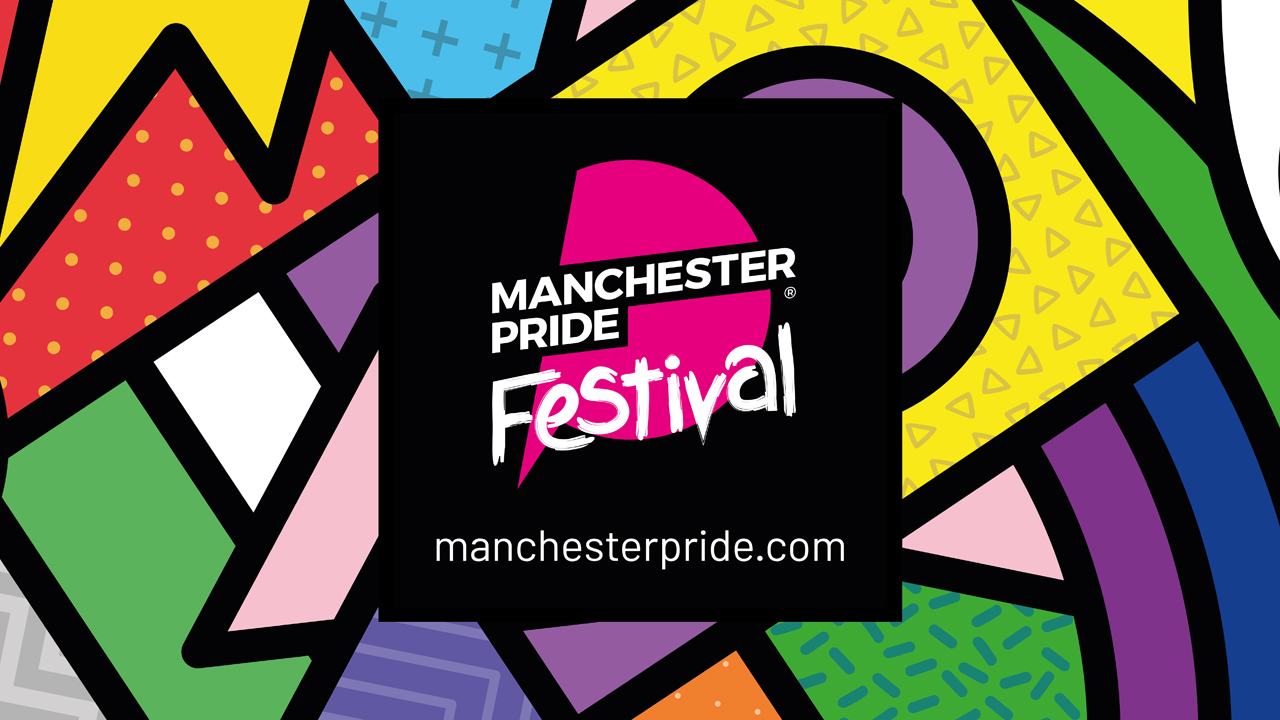 Manchester Pride is planning to hold its flagship Manchester Pride Festival, in partnership with Virgin Atlantic, in its regular spot in the city’s calendar from Friday 27 August until Monday 30 August.

The festival features six key strands: Activism, Equality, Arts and Culture, Youth and Family, Community and Party. Organisers have today announced the line-up for those who plan to celebrate at MCR Pride Live and The Gay Village Party.

Swedish singer Zara Larsson has collaborated with MNEK and Tinie Tempah. She has performed at the Nobel Peace Prize Concert alongside American singer John Legend and in January 2018, was named to Forbes’ “30 Under 30 Europe” list. Her third album Poster Girl was released on 5 March 2021 and debuted at number 12 in the UK Albums Chart. 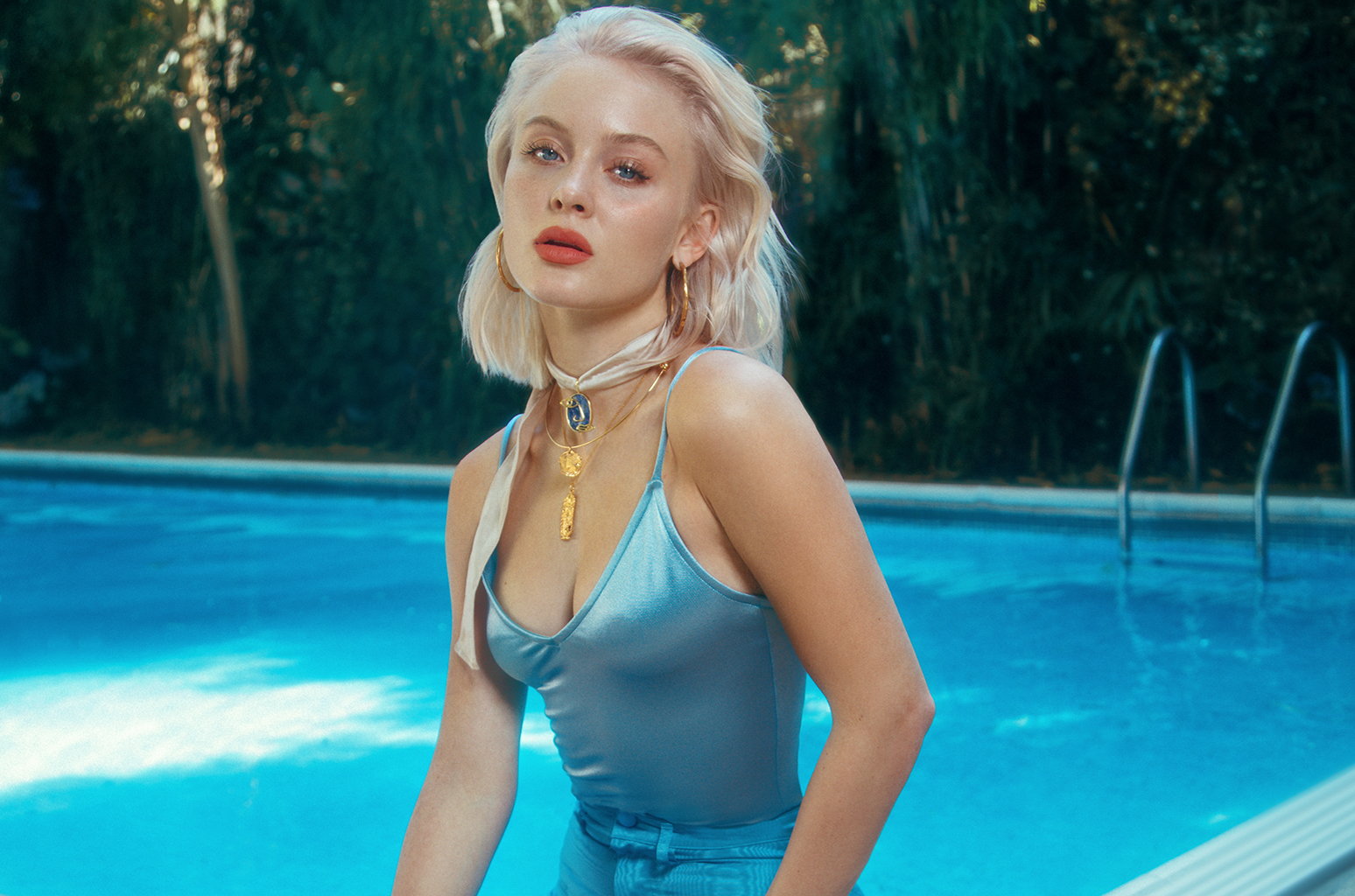 On Sunday night Zara will be joined on stage by singer, songwriters Ella Henderson, Gabrielle, Sophie Ellis-Bextor and Lucy Spraggan. The stage will be hosted by Danny Beard, Cheddar Gorgeous, Anna Phylactic, The Manchester Queens and House of Blaque. 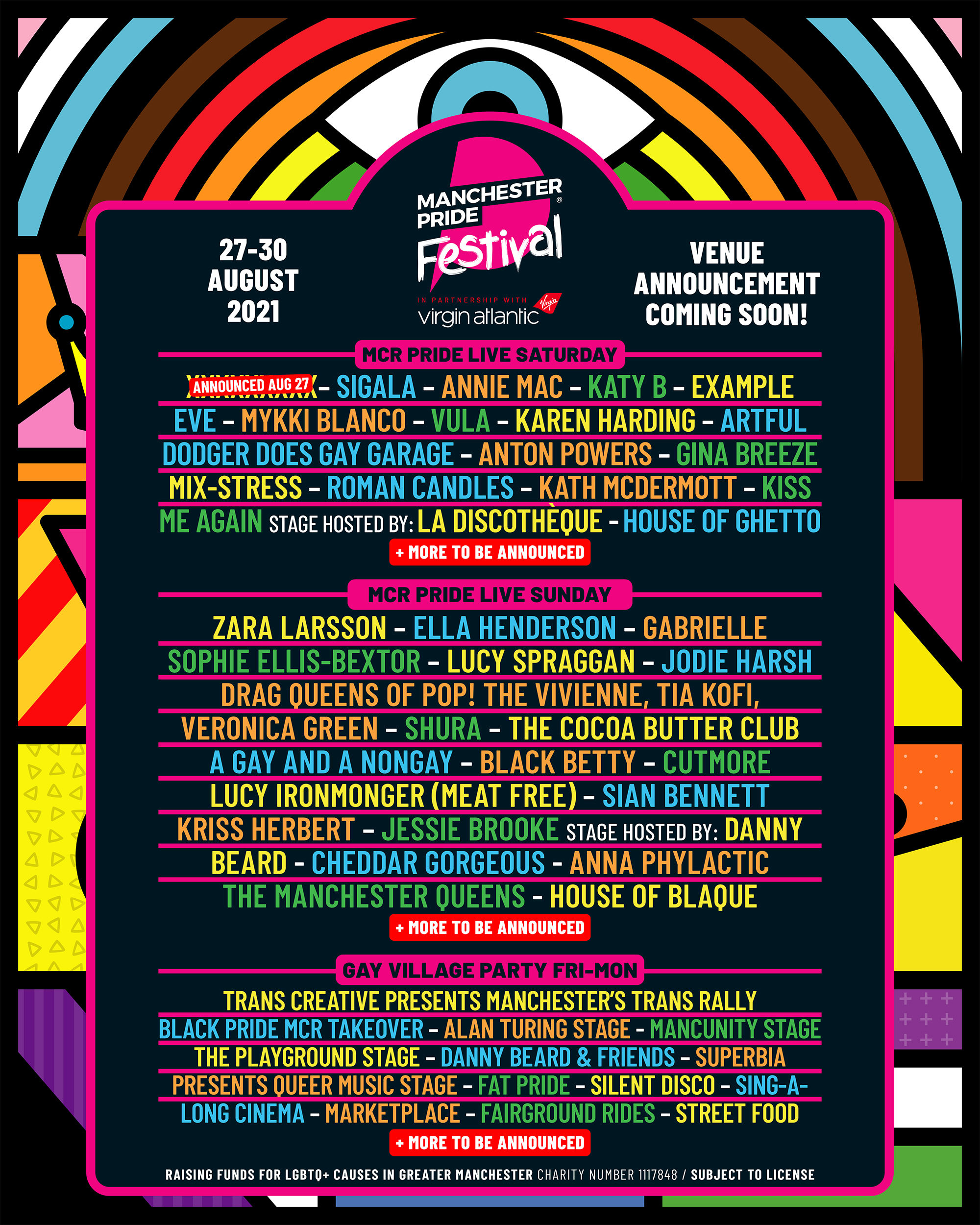 Plus the LGBTQ+ charity has secured another major artist as headline performer on Saturday but will not be in a position to reveal their identity until 27 August, right before the bank holiday weekend show.

Saturday night’s performances will be hosted by La Discothèque and House of Ghetto.

The venue for MCR Pride Live will be announced in coming weeks.

The roots of Manchester Pride and the Festival are firmly in the heart of Manchester’s world-famous Gay Village. Taking place over all four days of the bank holiday weekend, the Gay Village Party is the ultimate street party celebration with incredible performances, markets and parties. 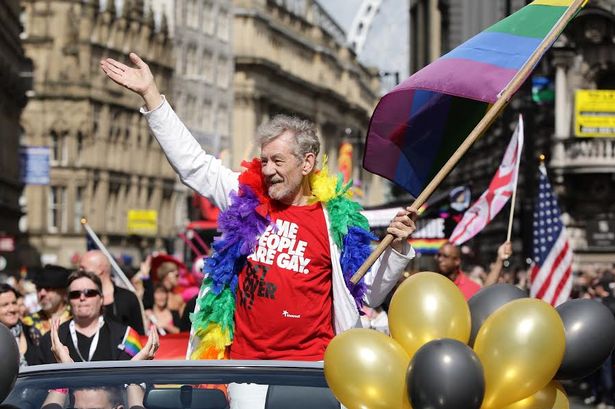 Ticket holders can also expect the return of favourites such as the silent disco, sing-along cinema, the marketplace and the fairground rides.

Tickets to the Festival went on sale last month and the weekend MCR Pride Live Rainbow Passes sold out in less than an hour. A limited number of weekend and day passes will be released at 12pm on Friday 30th April.

Mark Fletcher, CEO of Manchester Pride, said; “I’m really happy that we are able to share this announcement today. With many artists having decided not to tour this year, my team has worked twice as hard to secure a first class lineup of performers who are each excited to be able to celebrate LGBTQ+ life with us, in person this year. And unless the roadmap to recovery changes we can’t wait to come back together once again.

“MCR Pride Live will be in a new home, with a reduced capacity but the standard of talent on the stage remains exceptional and we know that our loyal and excited audience will love the programming across all of the events. Tickets to MCR Pride Live are very limited now and the Gay Village Party is selling fast, so I urge everyone that wants to come to buy them before they sell out.” 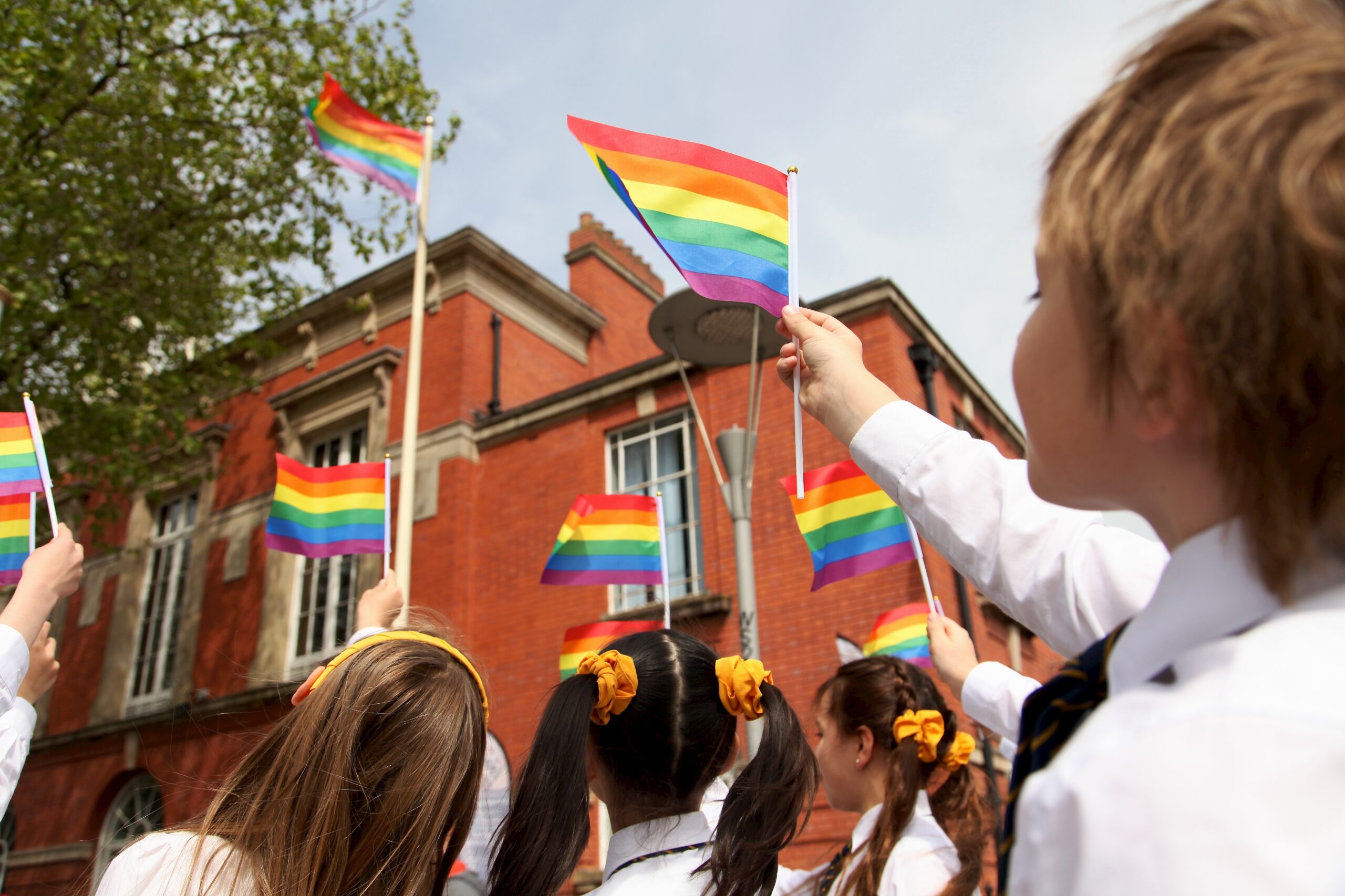 New to this year is the introduction of a Low Income Ticket. These tickets are reserved for participants on a limited income. The Low Income Ticket Programme offers a reduced ticket price of 50%. They will be sold on a first-come, first-serve basis and they will be on sale until 30th June 2021 or until they have sold out.

These tickets are available for both the Gay Village Party and MCR Pride Live. Due to there being a limited number of Low Income Tickets available, we will restrict this programme for Greater Manchester residents only.