I wasn’t expecting a discussion about philosophy when I talked to ‘new kid on the block’ Harley Bainbridge. 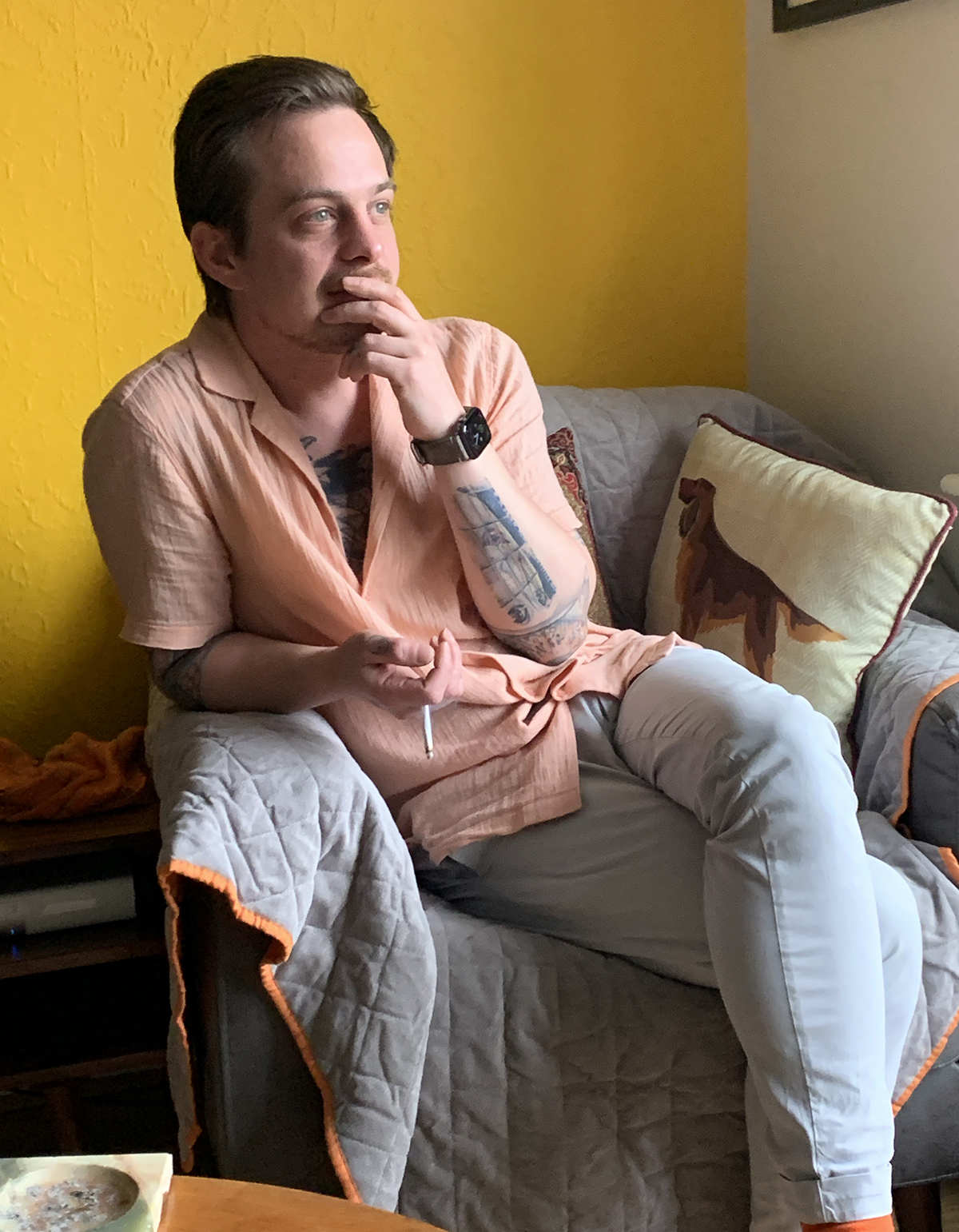 Maybe – no certainly – that’s because Harley has spent almost a quarter of a century thinking about photography, before declaring himself as a photographer in his own right. An unusual career path.

Now Harley is very youthful looking and before I actually met him I had presumed that he had followed the usual route of a degree in photography, before setting out to build a reputation and a career. Not so.

“I’m nearly 40,” he volunteered, “but only set out to really pursue photography about a year and a half ago.” Just before lockdown to be precise. 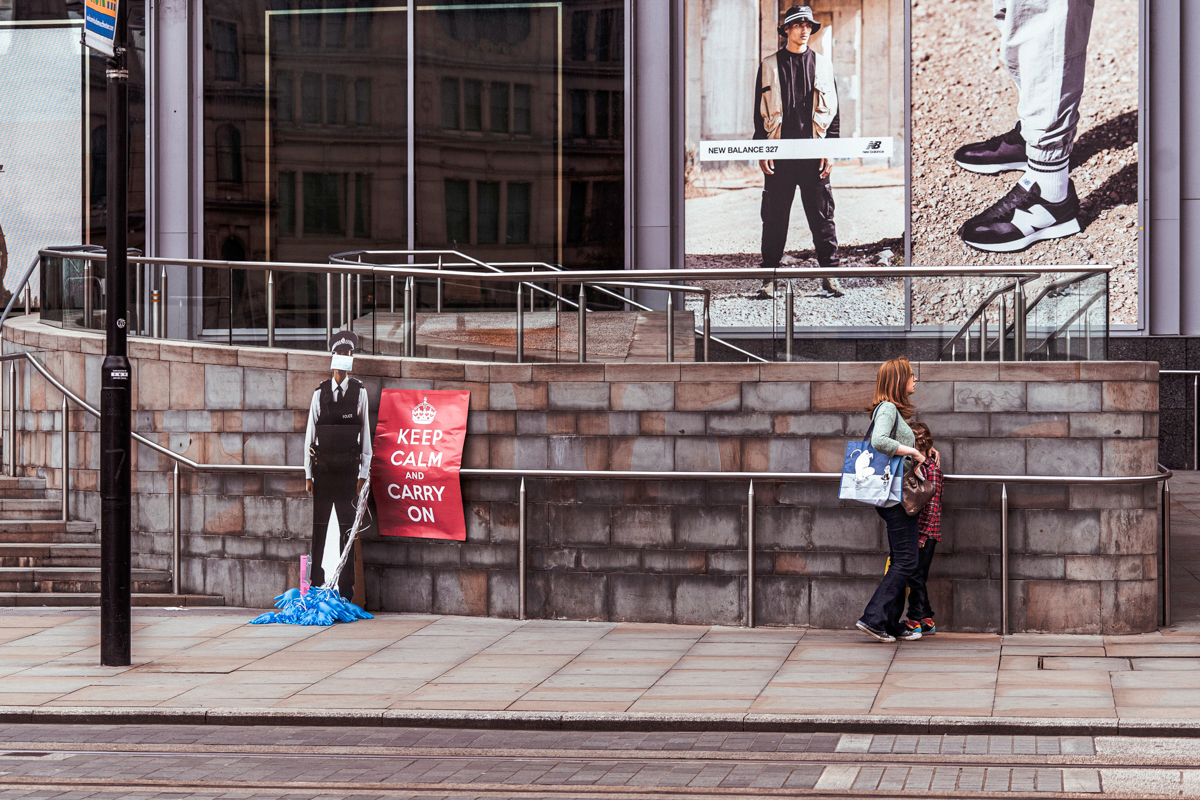 “This is Not Photograph of a Policeman”

So let’s step back with Harley through what brought him to this point. Born and growing up in Darwen he said there was little diversity, both culturally and ethnically. “It was assumed that Chinese people had Chinese chippies and Asian people ran corner shops. That was it. Of course that’s all changed now. But even so it stifled creativity and awareness.”

His mum and dad parted when he was 14 and life was tough. “We weren’t struggling completely, it’s just that there was never anything spare.” 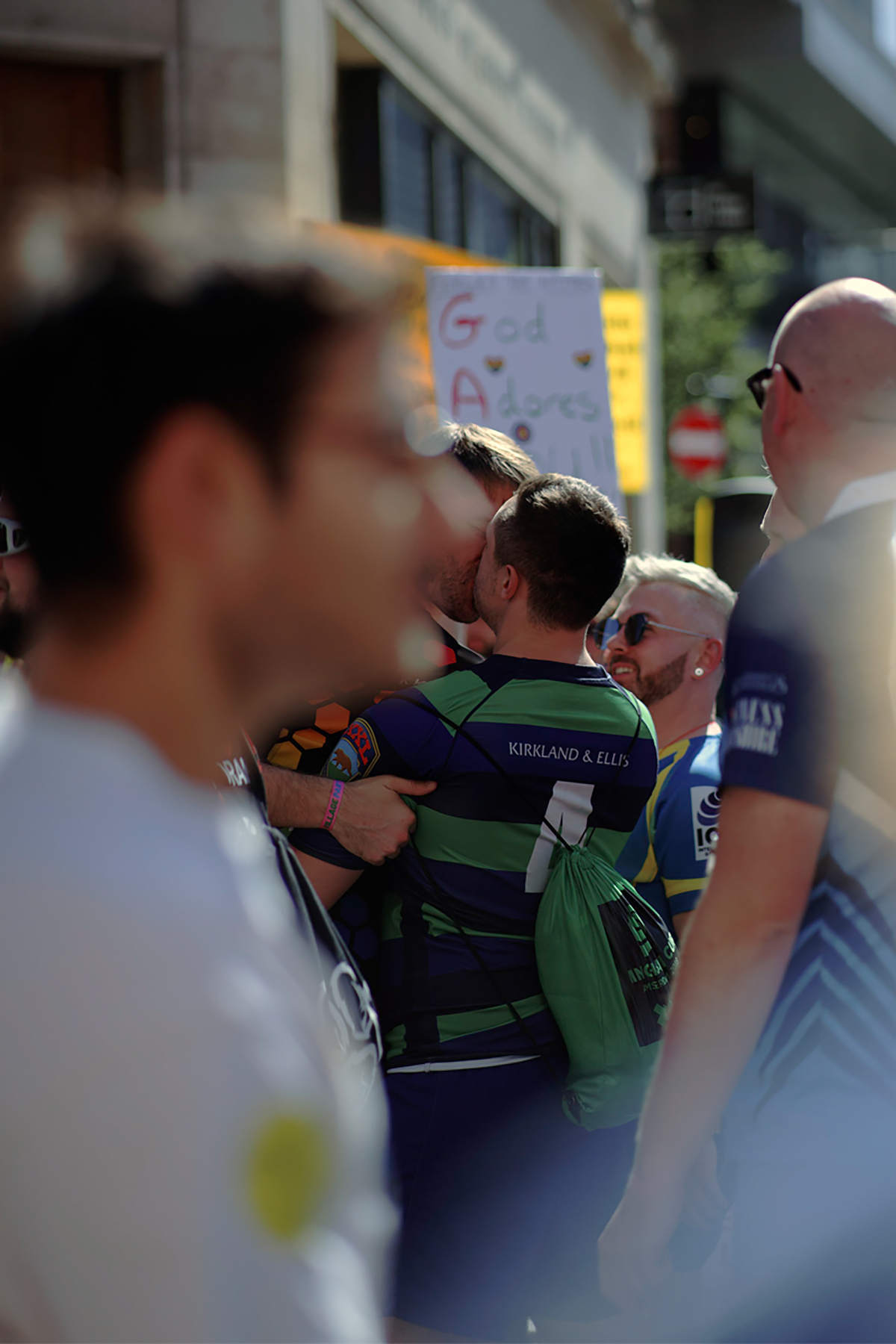 For some reason he took to buying ‘disposable cameras from Boots for a fiver.’ That awoke a nascent interest in the creation of images through a lens. Harley still has those photographs – he showed me the album. Even the blurry bad shots are important to him because, “Although they don’t mean anything to anybody else, they capture a significant moment in time.”

The second book off his shelf was by French philosopher Roland Barthes – ‘Camera Lucida.’ In that book Barthes analyses photography, particularly one photograph of his mother. But that photograph is not shown in the book because, Barthes concludes, ‘It means nothing apart from to me.’ 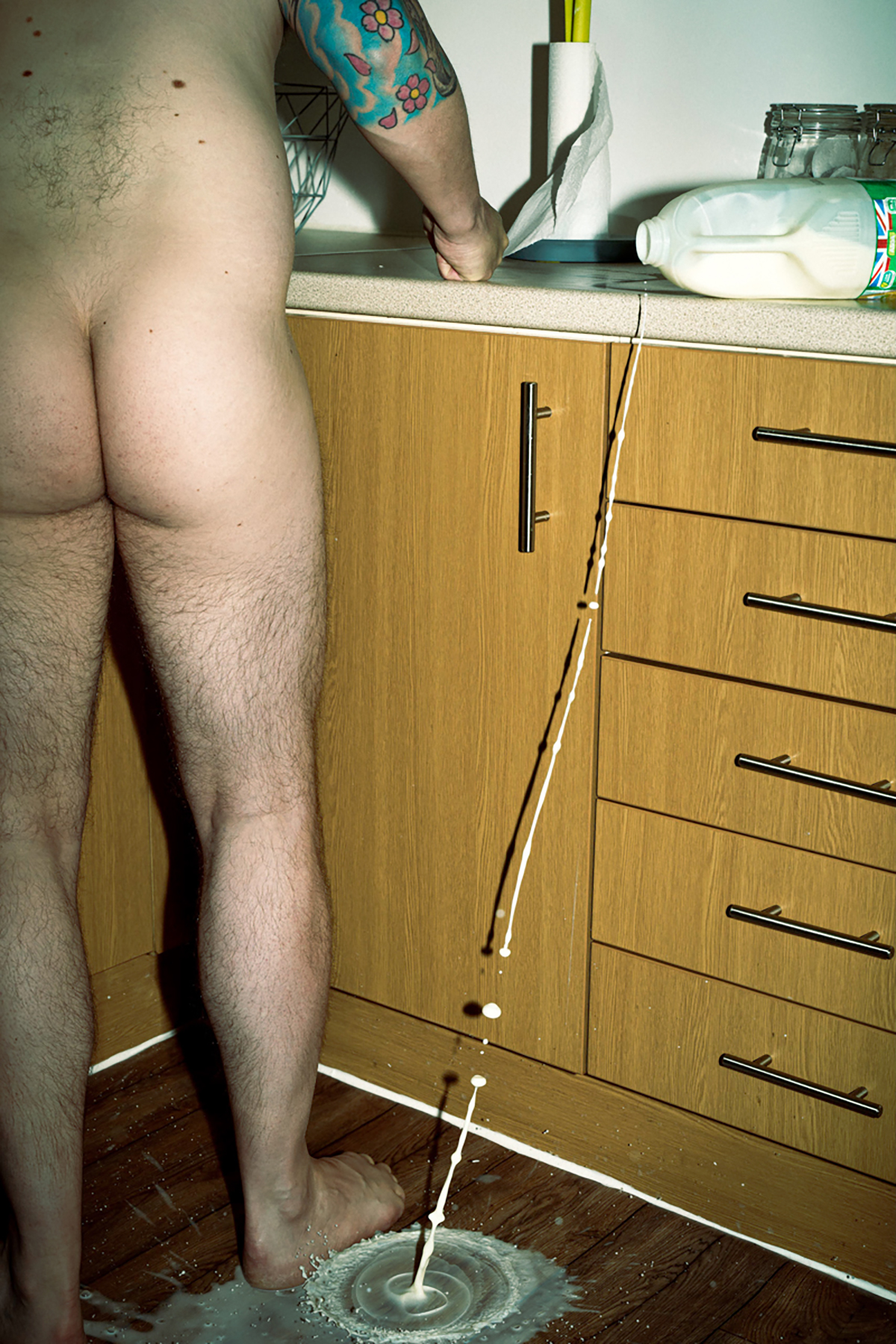 “Word Will Never Hurt Me”

Harley was initially interested in a music career and persuaded his mum to let him enrol on a music course newly created by a local college, which is best remaining nameless!

“It was a disaster. They employed out of work musicians to teach and so basically students and teachers went to the pub at lunch time, got drunk, smoked joints and didn’t go back in the afternoon.” So Harley got a job as a bartender at that same pub.

The following two decades saw him working in retail and then retail management across a variety of outlets including Top Shop and later Age UK. Age UK, he told me, taught him a lot about life. During those times he had earned enough to get by and travel a little. 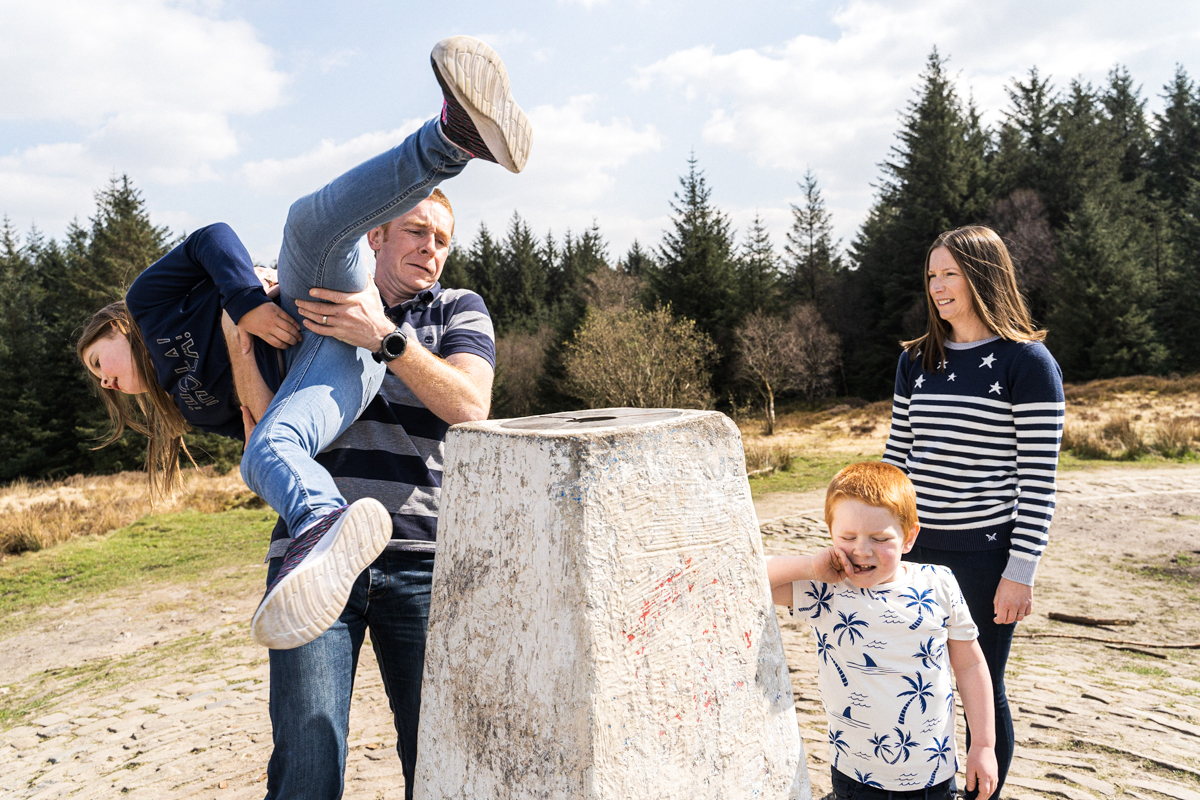 “Remember That Time When”

“When I was 18 or 19 I bought my first tiny digital camera in Tokyo. And once at a party in New York I watched the official photographer taking standard shots of posing guests and missing the quiet, intimate, personal moments. But I didn’t take any shots, or even think of myself as a photographer.

I spent my 30s using the tools. I bought myself a Canon SLR digital camera, learnt how to use Photoshop.”

Then a personal relationship break up found him jobless, living back with his parents (his mum now re-married) and having to sell his camera gear to get by. 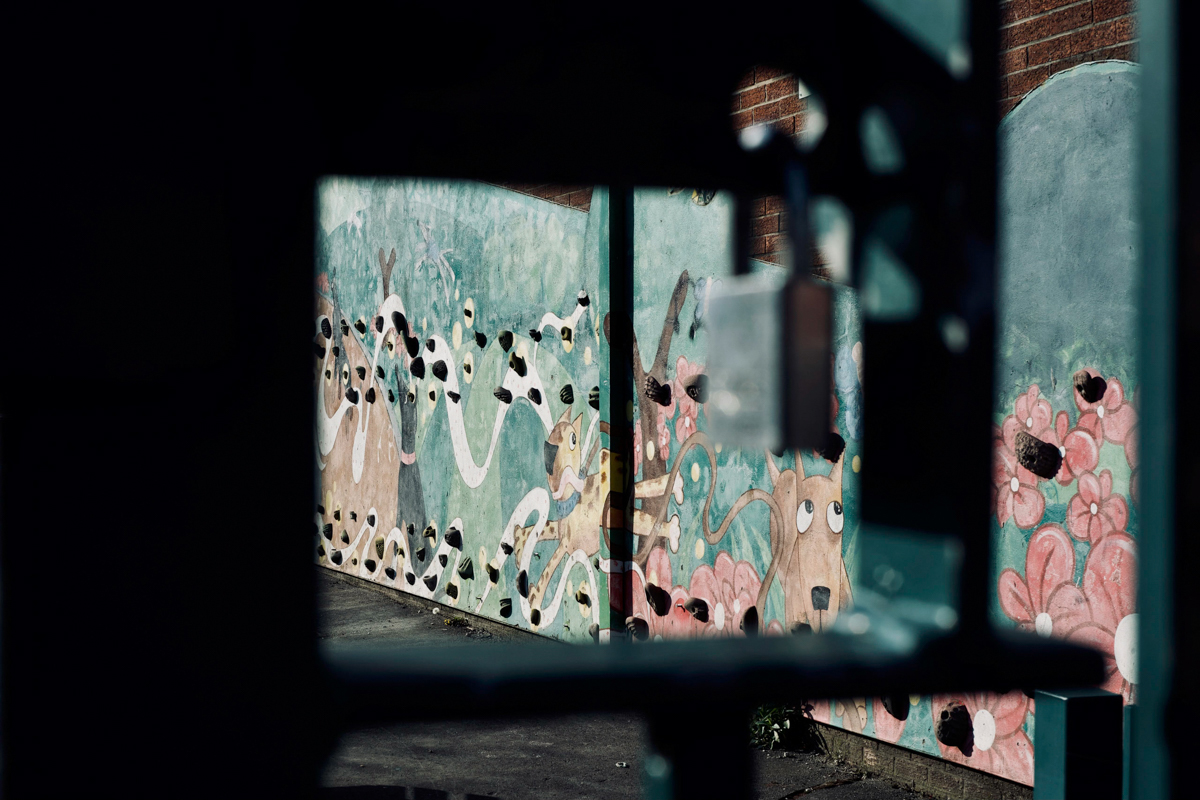 Depression set in and in a connection with old friends after a decade apart he was asked (as an encouragement) what would he do if he could choose. That was 2018 and in response he enrolled to study photography at The Open College of the Arts and bought a new camera. He submitted his first project with trepidation – ‘A Square Mile of Manchester’ – and awaited his tutor’s response. “When he told me that the work was really good and that I had a talent, I literally sobbed and sobbed for half an hour.” 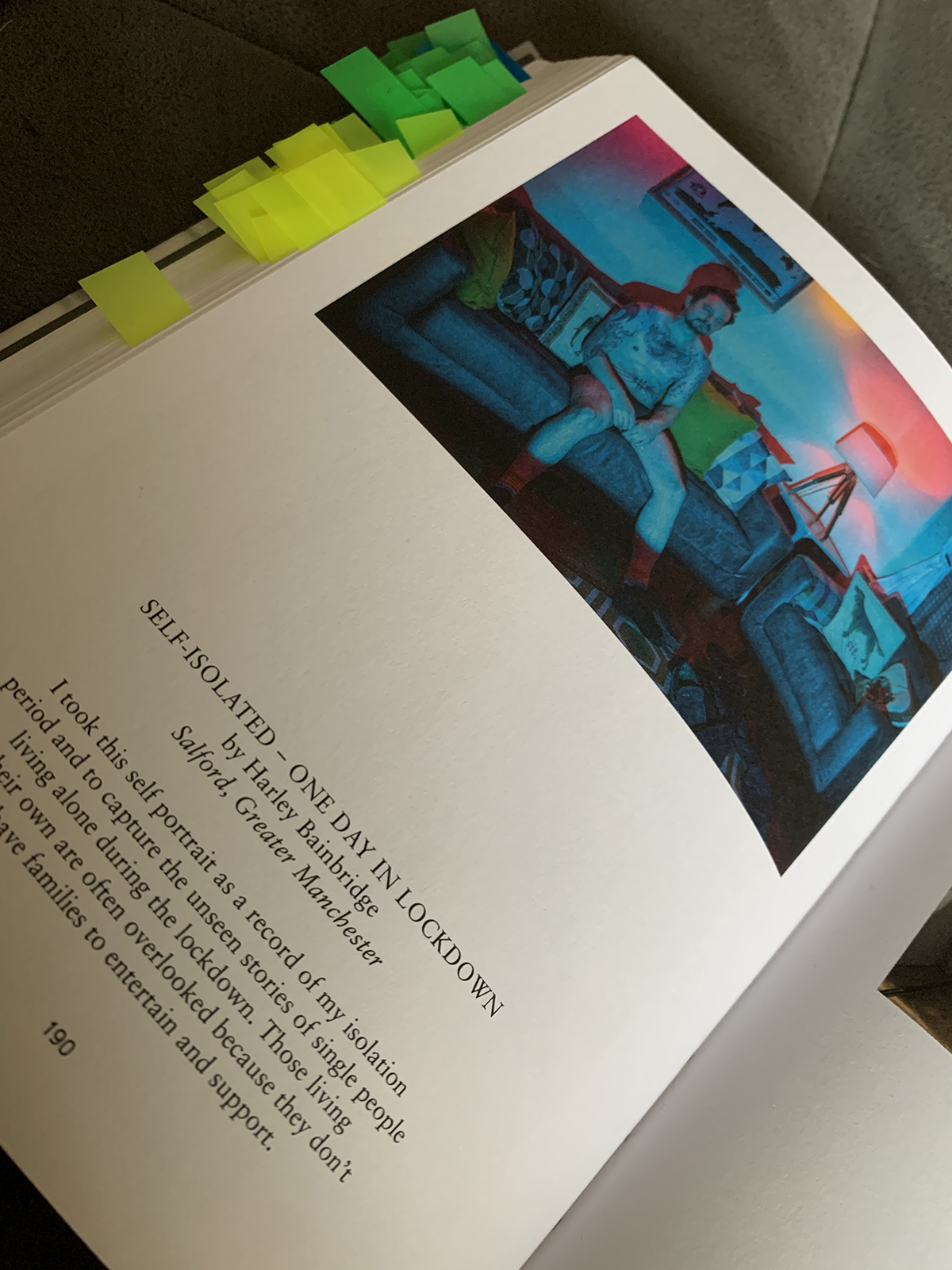 “I have to earn a living and will complete a commission thoroughly, but in my other work I create for me, not other people. I plan shots, I don’t carry a camera with me relentlessly looking for opportunities. I’ll sketch an idea first, try to create something which is unique. Repetition doesn’t make anything new. I try to photograph in line with my values – learnt through decades of dealing with people. I’m not playing to the crowd…I turn off followers and likes on my social media.”

And so, in such a short time, Harley has been recognised in the British Journal of Photography for his ‘One Day in Lockdown’ self-portrait in Portrait of Britain and has even attracted attention from Rankin. But Harley did raise an eyebrow at the mention of Rankin… 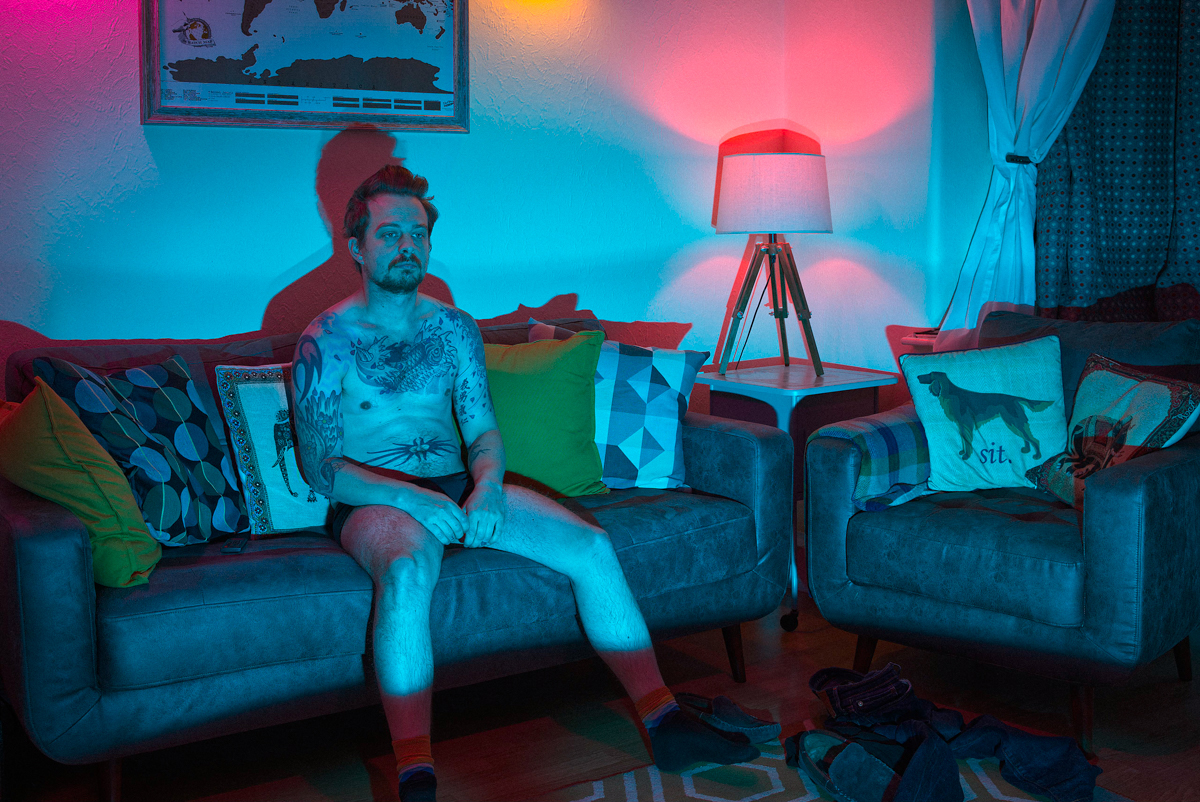 “One Day In Lockdown”

Although of his ‘One Day in Lockdown’ self-portrait he smiled and said, “It’s more than a mopey fatty sitting on a sofa.”

A Turkey Christmas Dinner Kebab has arrived in the Northern Quarter!