The Vale is Turning Tameside into Northern England’s Carnival Capital

We head for the hills, and specifically the Greater Manchester town of Mossley, where a treasured arts institution is ready to welcome visitors following a million-pound expansion. 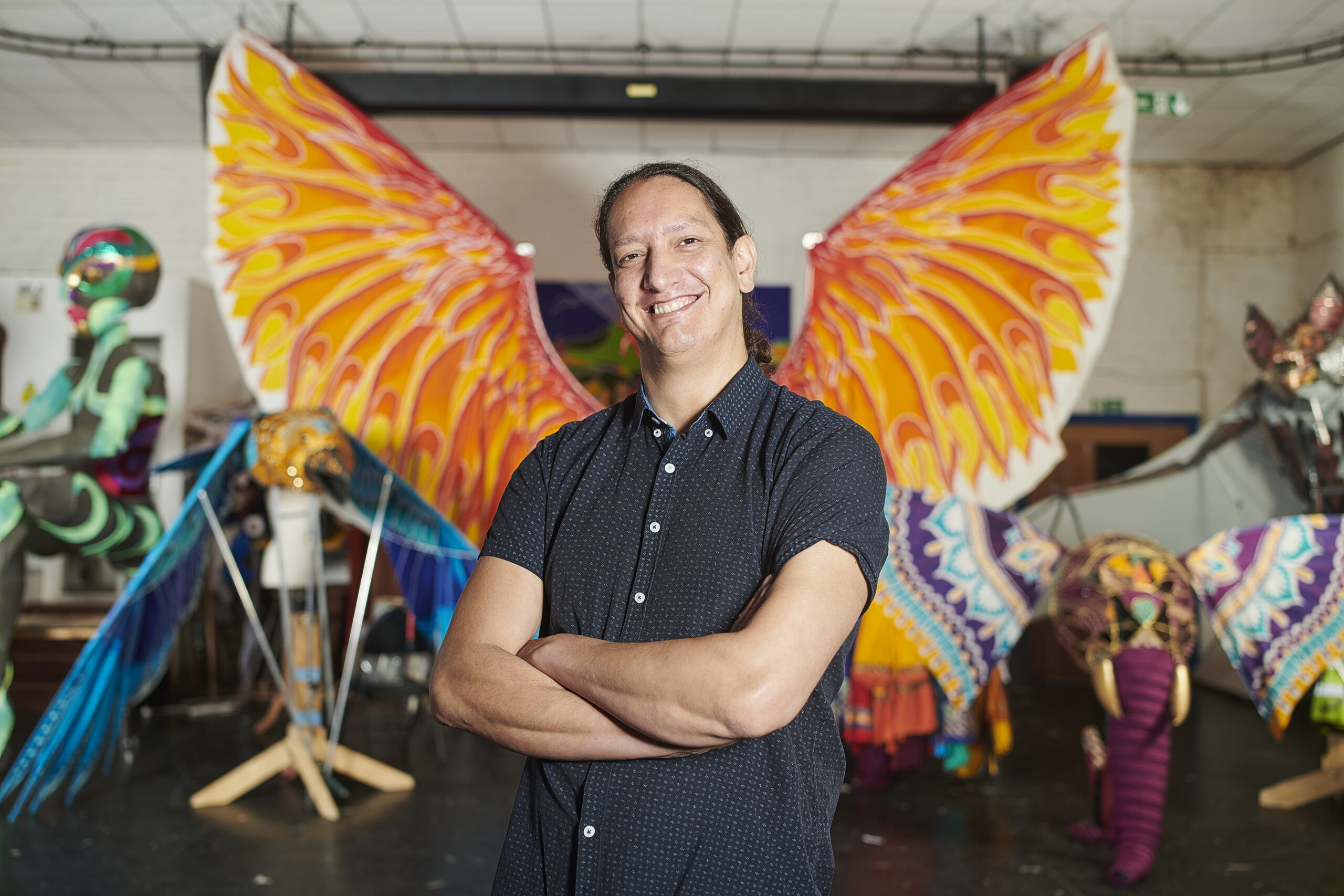 “Tameside doesn’t actually have a multi-arts centre. It’s got very little in the way of arts infrastructure at all,” Leon Patel tells Finest just ahead of a weekend which is set to change that situation for good.

On Friday 10th September, The Vale in Mossley will offer the public a sneak peak at the results of a £1million investment, and the realisation of a project three years in the making. Then Saturday 11th September sees the 100-year-old former-mill host its grand opening, with the event finishing up on Sunday evening.

No longer a single-storey story, over the coming days attendees can expect art, craft, and design workshops — from printing to weaving — alongside music and dance masterclasses. This is in addition to two exceptional Manchester touring groups, Mr. Wilson’s Second Liners and Honeyfeet.

“I am the chief executive of an organisation called Global Grooves, which is an international carnival and outdoor arts company based in Mossley, Tameside,” Patel replies when we ask about his background, after explaining he has been a percussionist and musician since leaving high school. “Global Grooves set The Vale up in 2012. At that time, it was just one floor.

“We saw an old, leaking, top level of a mill, and moved in there. Over time, we developed it so we could open to the public,” he continues, going on to describe “scrimping and saving, scraping and borrowing bits and bobs” to turn the once-derelict site into a multifunctional arts space.

Sadly, though, disaster was about to strike. “Every year [Global Grooves] creates more work, more costumes and more puppets for carnivals and festivals. We moved all our stock to the top floor of another mill, round the corner in Stalybridge. In March 2018 the whole thing burnt down — we lost everything we had made since 2012.

“Obviously, that really gave us the need to think about how we might redevelop work, but also create a suitable space to use. So we were doing fundraising from about 2018 to renovate the ground floor of the mill that we were in, an annex building, and an adjacent building. That’s what we’ve been working on since.”

Suffice to say, things haven’t exactly gone smoothly. To paraphrase Boris Johnson, the pandemic was not part of anyone‘s plan. Nevertheless, building work continued in earnest throughout 2020. But, although funds were available to cover costs, the company’s lack of income as a result of lockdowns and cancelled events has caused problems. 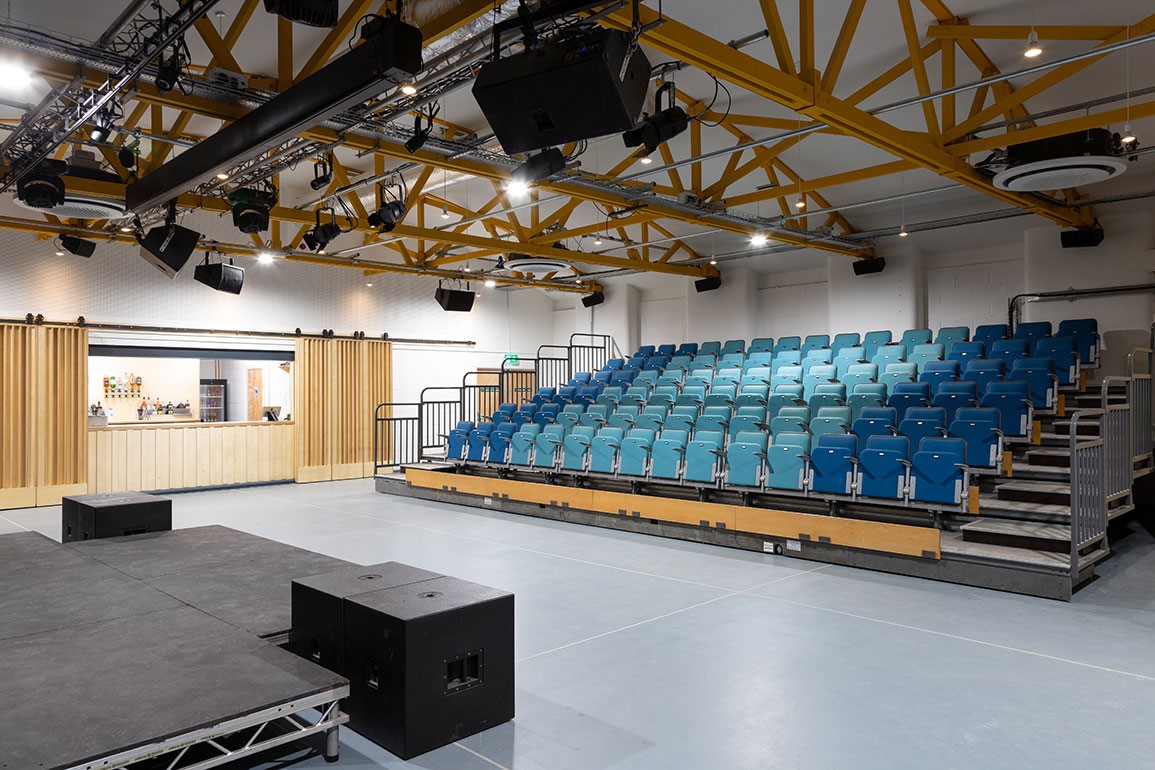 “It’s been incredibly challenging for everybody. We would usually have been creating the work and then taking that out to festivals locally, nationally and internationally, and in the space doing development at the same time,” says Patel, the organisation previously receiving commissions from and partnering with the likes of Bluedot, Kendall Calling, Doha Spring Festival in Qatar, and Kartong in Gambia.

“Construction did continue. So we were lucky enough to be able to carry on creating The Vale. But one of the major challenges has been the fact match funding towards capital redevelopment was based on income from festivals,” he continues. “We were lucky again to receive some support from DCMS [Department for Culture, Media, and Sport] as part their Culture Recovery Fund. But it’s going to be a long road to build our earned income back to the level it was.”

While that path might look rocky — from talk of an autumn lockdown to 2020’s key lesson of “anything can happen” — The Vale’s future does look bright. A packed calendar of dates has been confirmed through to December, including blues troupe The Kyla Brox Band, and the incredible Rajasthan Heritage Brass Band. 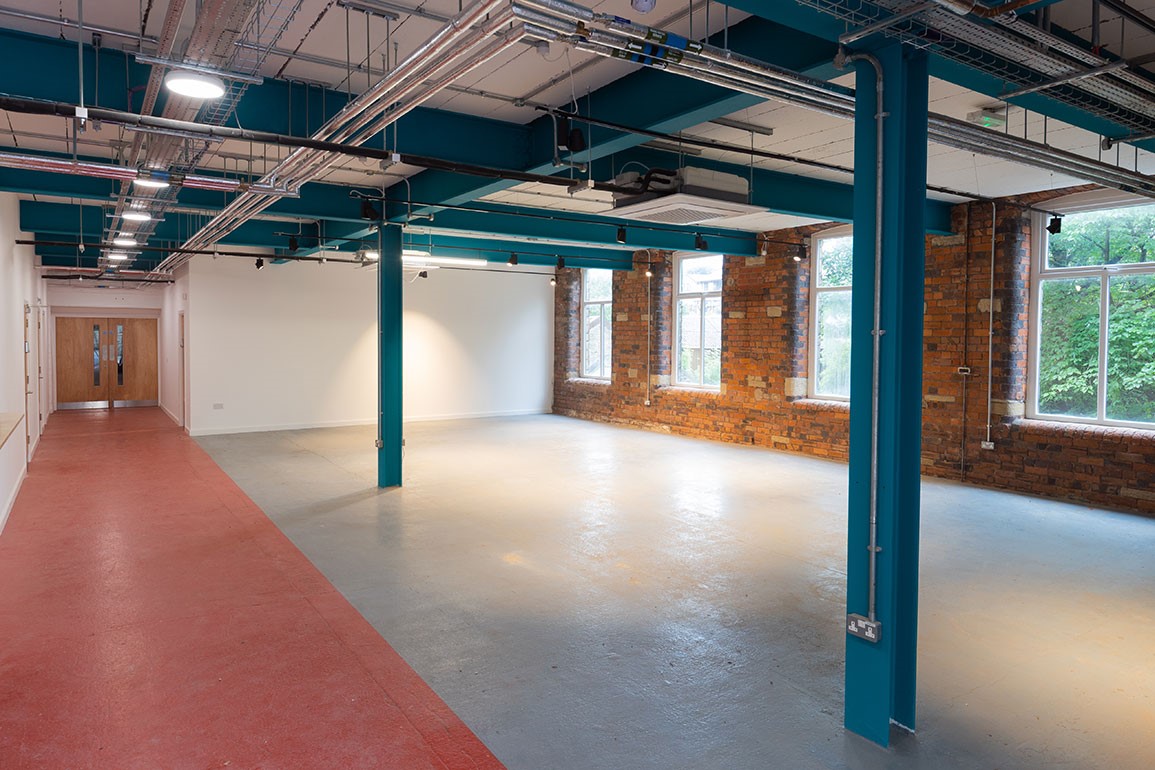 Other events set to be announced include a rare screening of ‘The Adventures of Prince Achmed’ — one of the first animated films ever made, in this instance backed by a live music score. And that’s before we mention masterclasses in “everything from international percussion to giant puppet making”.

“There are two carnival centres in the UK, one in Luton, and this one here in Mossley. So one of the primary functions of The Vale is to support the creation of new outdoor carnival work,” Patel responds when we ask what he believes The Vale’s most unique aspects are.

“Carnival and outdoor art is often considered less high profile compared to other art forms. So this delivers really high-quality facilities to artists in the local area, and across the north of England,” he continues. “And it’s very significant for Tameside, as an area of low cultural engagement and quite low investment per capita compared to Manchester and other boroughs.

“So it’s bringing investment in the arts to Tameside… It’s starting to create a strategic outlook of what arts and culture might look like for Tameside,” he says as our conversation comes to an end. “It’s becoming a central point for those conversations and has already started catalysing change, new ideas, bigger ideas, more ambition. The Vale is a place the arts can be nurtured and supported.”

The Vale is located at Vale Mill on Micklehurst Road. You can find a full events calendar and tickets on the official website. Regular train services run from Manchester Piccadilly to Mossley, with a journey time of approximately 20 minutes

More information on Global Grooves can be found here