Digital Diwali is an Epic Set Across Greater Manchester Boroughs

2,500 years in the making, for 2021 the city region's Diwali programme is digital and in-real-life, with film, dance, music, drama and more making up a huge, four-day offering. 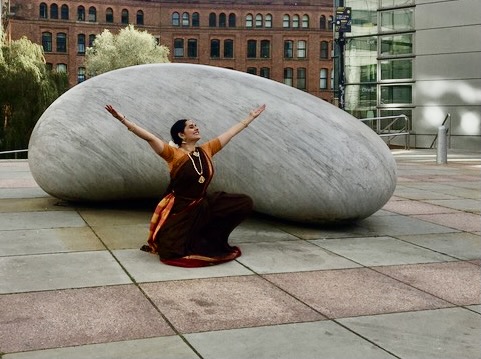 One of the world’s most visually striking celebrations of faith takes place this week. Observed by Hindus, Jains, Sikhs, and Newar Buddhists, among others, the event marks the victory of light over darkness, good defeating evil, and knowledge overcoming ignorance. Themes we can all get on board with, no matter your beliefs.

But this year Diwali is also being done differently, with linked events set for a number of Greater Manchester boroughs, and a huge online programme that will see in-real-life elements broadcast digitally, and the screening of two films made exclusively for the festival.

“This year we decided to expand Diwali into Greater Manchester and go to different boroughs,” says Nick Clarke, Associate Producer and Director at Walk The Plank, the Salford theatre company behind this multi-site spectacular. If you’re wondering, his previous includes major Diwali events at Platt Fields Park and Albert Square, and two decades of productions at institutions like Oxford Road’s Contact.

“About 60 participants have been involved in each location, creating around 90 lanterns. Then we’ve got illuminated dancers, Dhol drummers… We will gather between 5PM and 6.30PM to begin a parade in a different borough every evening,” he explains of the in-real-life side to Diwali 2021, with parades taking place on Wednesday 3rd, Thursday 4th, Friday 5th, and Saturday 6th November. 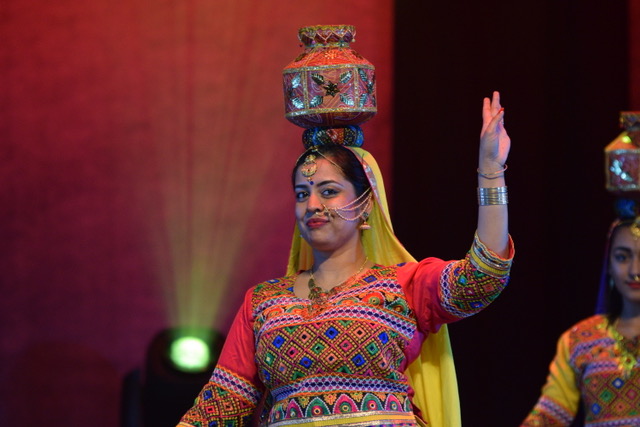 There will certainly be plenty to take in, with different elements in each location. For example, head to Oldham Town Hall to see mesmerising dancers. Or The Rock in Bury for static performances. Meanwhile, every site will host its own lantern procession. All of which sounds worth attending or tuning-in for online, but the biggest selling points this year are unarguably those new video pieces.

The result of no less than six months planning, storyboarding, rehearsing, filming, and editing, Digital Diwali begins on Wednesday 3rd November, with episode one of ‘Hidden Women in Ramayana’, an exclusive, four-part movie inspired by less-prominent characters in ‘Ramayana’. For those who aren’t familiar, that’s the 2,400 verse Hindu poem which tells the story of Diwali.

Featuring love, obsession, banishment, adventure, severed noses, rescue, and one huge reunion party, instalments have been filmed at The Whitworth Art Gallery, Bridgewater Hall, and Central Library. Now the first three parts will be screened on Wednesday, Thursday, and Friday evenings this week. 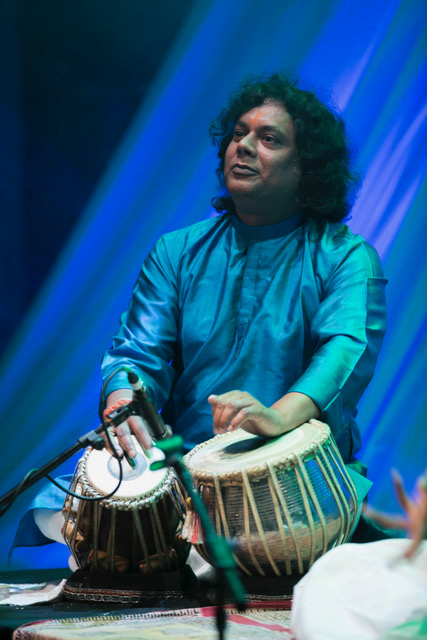 Episodes culminate on Saturday 6th November, with the whole production shown online at staggered intervals, along with a fourth and final chapter. These parts will be interspersed with live streamed Dhol drummers, classical Indian dance performances such as Devika, Bharatnatyam, Mohiniattam, and Kuchipudi; a set by tabla maestro Kousic Sen, and plenty more.

“Supriya approached us with the concept and we decided to commission it,” Clarke says, explaining the protagonists in this four-parter appear in ‘Ramayana’ but, despite having a significant impact on the story, seldom take centre stage. “I hope people find it really interesting. These are characters who have, to different degrees, experienced some hardship in their lives.” 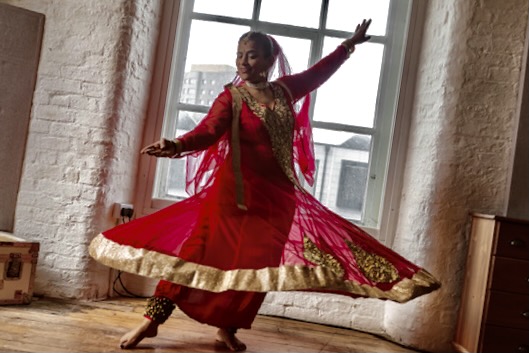 ‘Cast the Light’ is the grand finale of Digital Diwali, retelling ‘Ramayana’ with 100 participants from across Greater Manchester

One example is Surpanakha, sister of Ravana — the ten-headed demon king and ruler of Lanka island in the ‘Ramayana’ poem. Surpanakha, also a demon, falls in love with the leading man, Rama, but is rejected for central female Sita. Surpanakha’s response leads to the abduction and imprisonment of Sita, and so begins a daring attempt to free her by building a bridge across the Indian Ocean, ending with a huge homecoming celebration. That last bit is particularly significant.

“Without all that there would be no homecoming, which Diwali celebrates, so there would be no Diwali without Surpanakha,” Clarke tells us. “The way it’s all told is beautiful. Not so much dance, more movements and expressions. If you had an inkling of the story you could sit and watch without text and understand through expressions, for example hand movements, which are called mudras.”

Even for those who aren’t familiar with the ‘Ramayana’, Walk The Plank and Nagarajan’s work will captivate and enthral, bringing something entirely original to Diwali this year. Considering the festival dates back around 2,500 years, it doesn’t take long to realise what an achievement that is.

Digital Diwali begins on Wednesday 3rd November and runs through to Saturday 6th November, culminating in ‘Cast the Light’. Tune in or take a look at the full programme here.

50 Years of Contact: From a Professor’s Dream to Britain’s Most Extraordinary Youth Arts Centre
Theatre