Two Artists Explore the Nuances of British Identity: Multiplicities in Flux at CFCCA

Multiplicities in Flux at the Centre for Chinese Contemporary Art takes a deep dive into identity and feelings of belonging in Britain by artists Grace Lau and Eelyn Lee. Through their respective works, both artists question the complex term, ‘British’, and seek to redefine it. 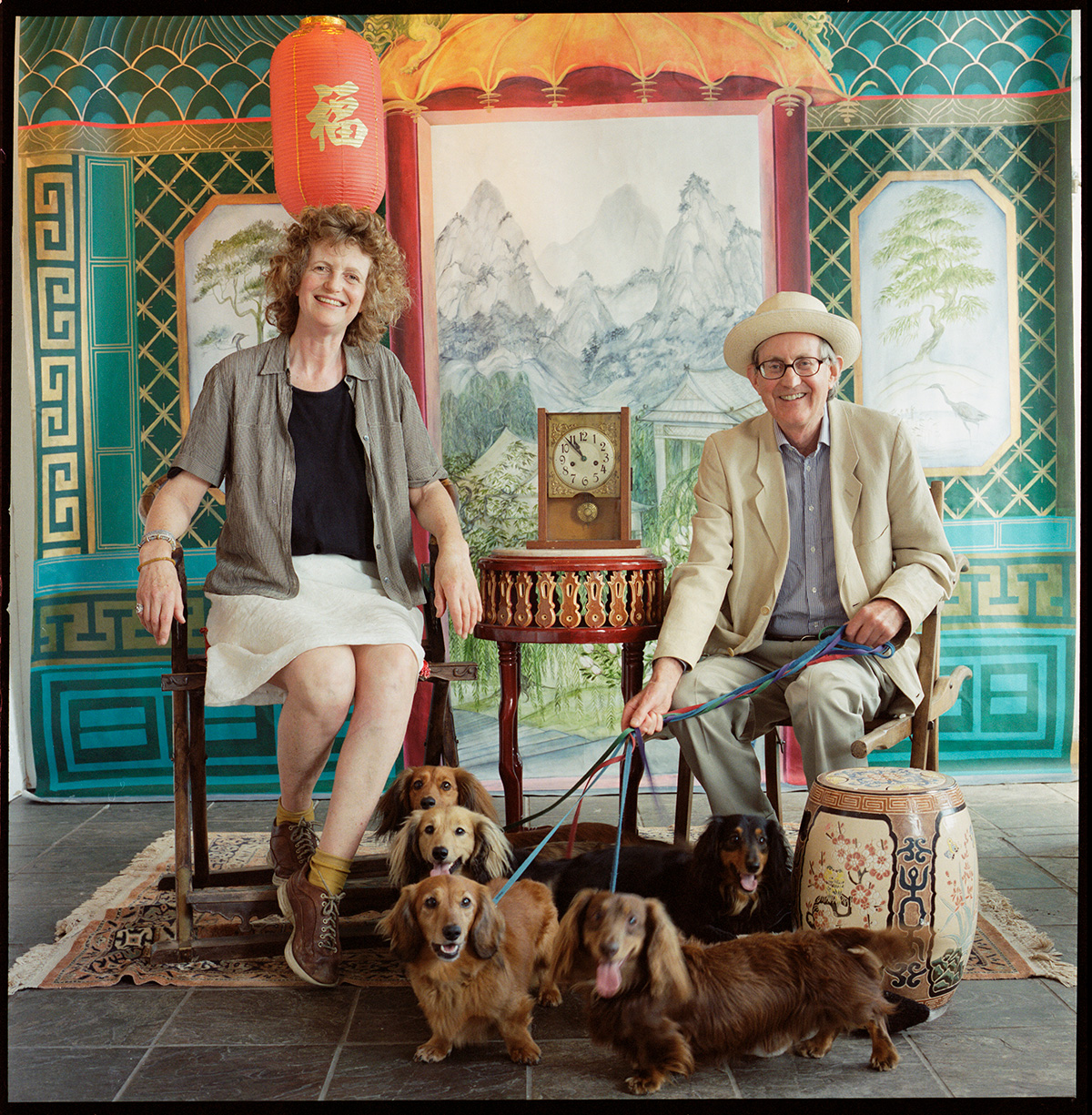 Although it was made 15 years ago, Grace Lau’s series 21st Century Types (2005) is still extremely relevant today in unpacking British perceptions of Asian cultures. In a constructed studio in Hastings, Lau created a hybrid environment of traditional Chinese and British reference points, where she then photographed passers by, including families, couples, and groups of friends. Whilst a diverse range of people are represented, which, as the title suggests, depicts a range of ‘types’ of people living in 21st century Britain, Lau forces us to question why some groups are viewed differently to others when placed in front of this backdrop; playing into our unconscious biases towards who and what belongs in that environment, and who doesn’t. 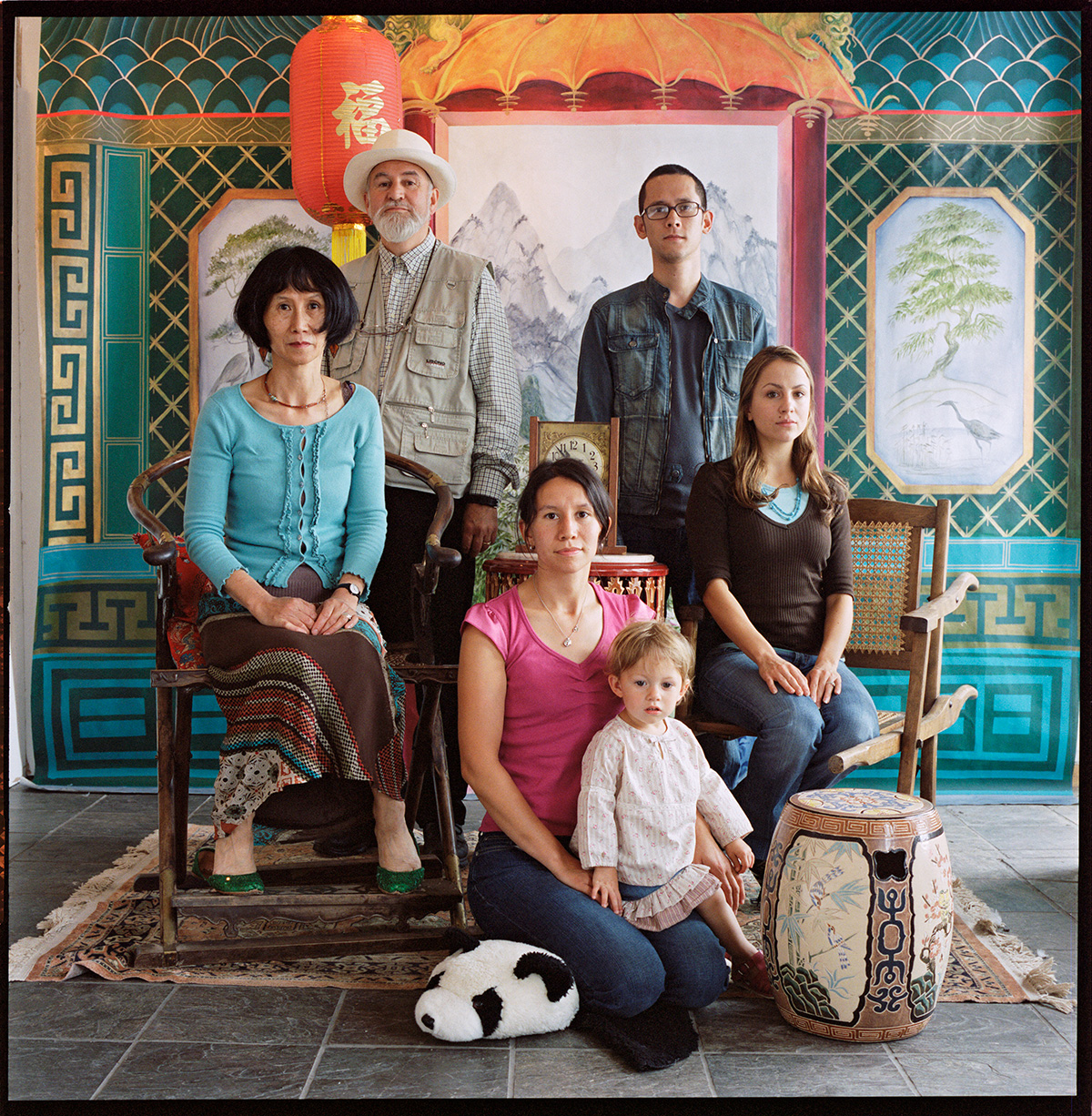 The set therefore raises questions about authenticity, Britishness, and cultural exchange, as we come to realise that the hybridised aesthetics used by Lau are not authentically Chinese, but British. Britain created a false illusion of Chinese people and their culture, known as Orientalism, as a way of fetishising Asian cultures, which involved leaving out the parts it did not want to acknowledge and taking those it enjoyed. The overriding message of 21st Century Types is one which speaks to the continued complicity of Britain in terms of its colonialist past; the remnants of which live on through Orientalist aesthetics and Britain’s extreme selectivity when it comes to interacting with other cultures and people. 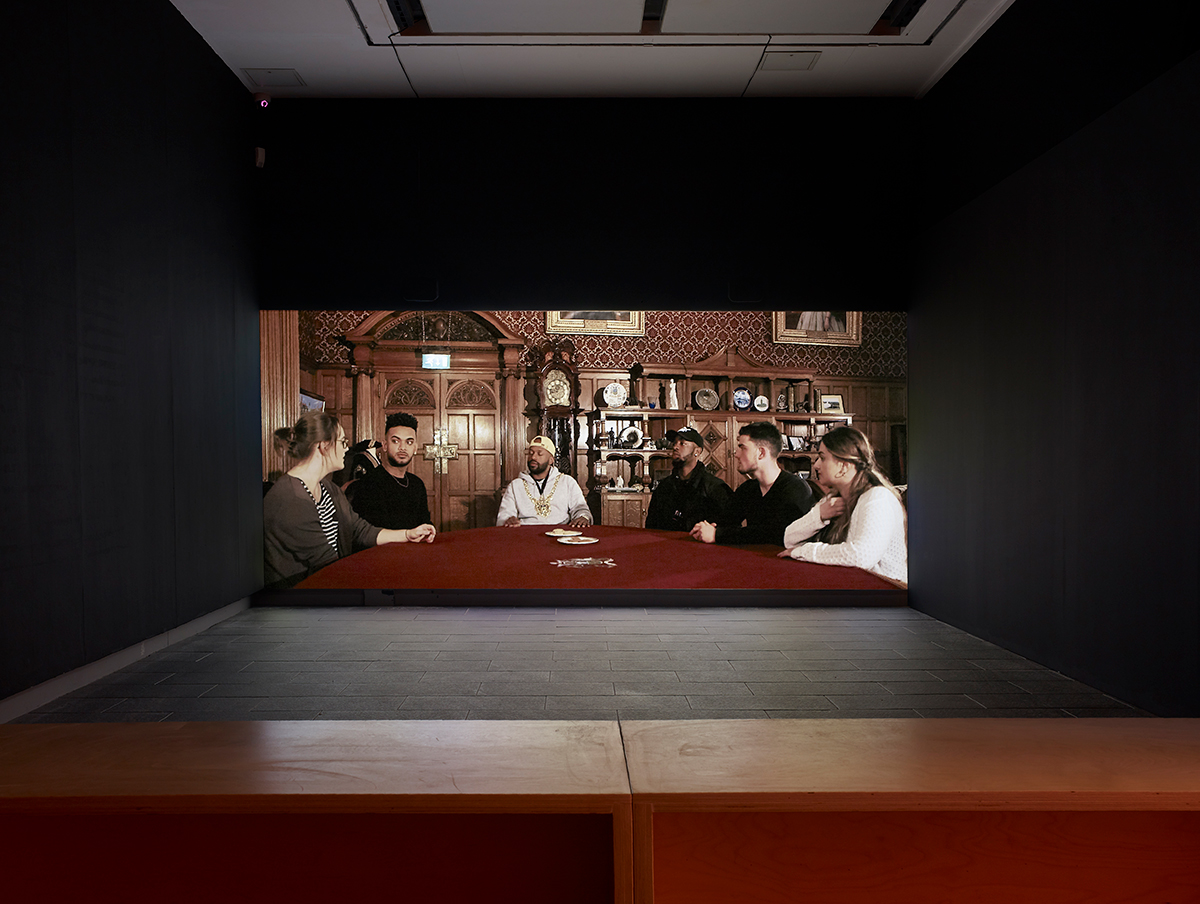 This selectivity is also alluded to in many of the interviews, discussions and spoken word poems in Eelyn Lee’s video Britishness (2019). As the title suggests, Lee’s participants all touch on the indefinability of the notion of Britishness as an identity. Owing to the range of individuals she interacts with, who together highlight the vast and varied lived experiences of people in Britain, there is one conclusion to be drawn: such a complex identity as ‘British’, with the many cultures it encompasses, cannot be defined. At 57 minutes long, it’s almost impossible to watch the video in its entirety with the gallery’s time-allocated visiting slots, but to see even just a fraction of it leaves much to be considered. 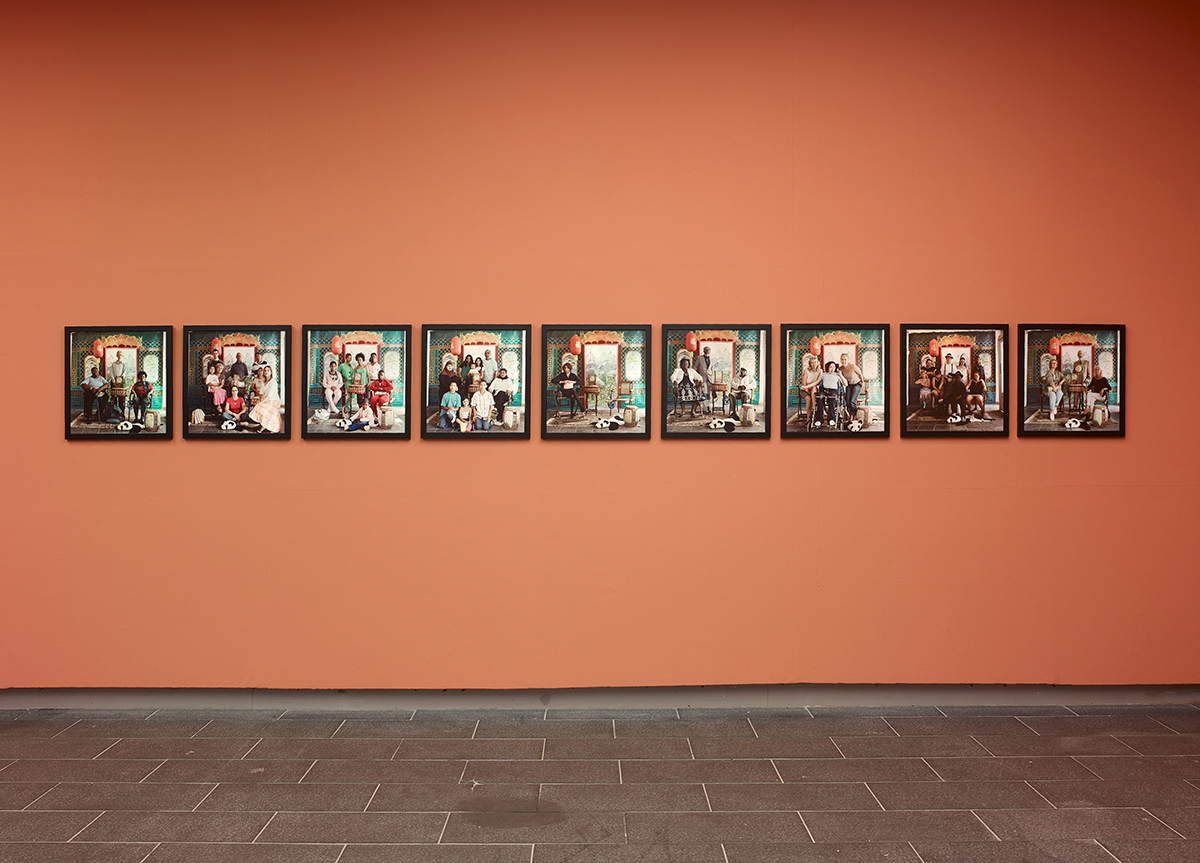 Multiplicities in Flux at the Centre for Chinese Contemporary Art will re-open following the national lockdown in England (exact dates to TBC). The gallery will open Wednesday – Sunday 11am – 4pm. Booking a time slot is free but advisable.

NOW OPEN: A Slice of Neapolitan Life at Savi’s Deli