You'll have probably seen these posters dotted around the city centre over the past few months...

…well, all has become apparent. We now know who (or more accurately what) Ruslan Faraev is. 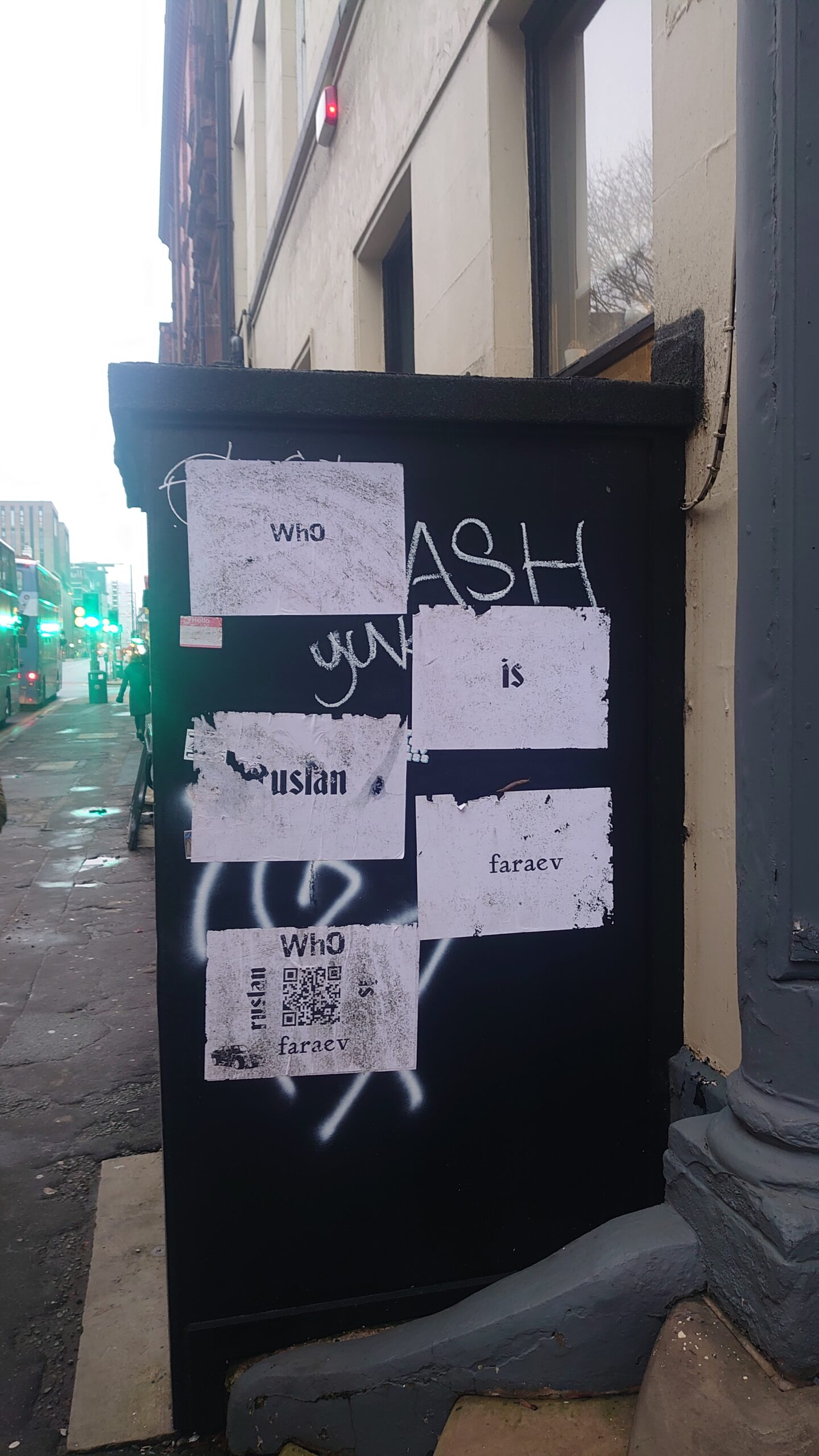 Strolling around the city centre over the past few months, you’ll certainly have noticed posters on the walls that looked like this – and asking the question ‘WHO IS RUSLAN FARAEV?’

I’ve personally been rather intrigued with this for a few weeks now, my curiosity not helped when scanning the QR code and just being directed to an Instagram page that poses the same question. 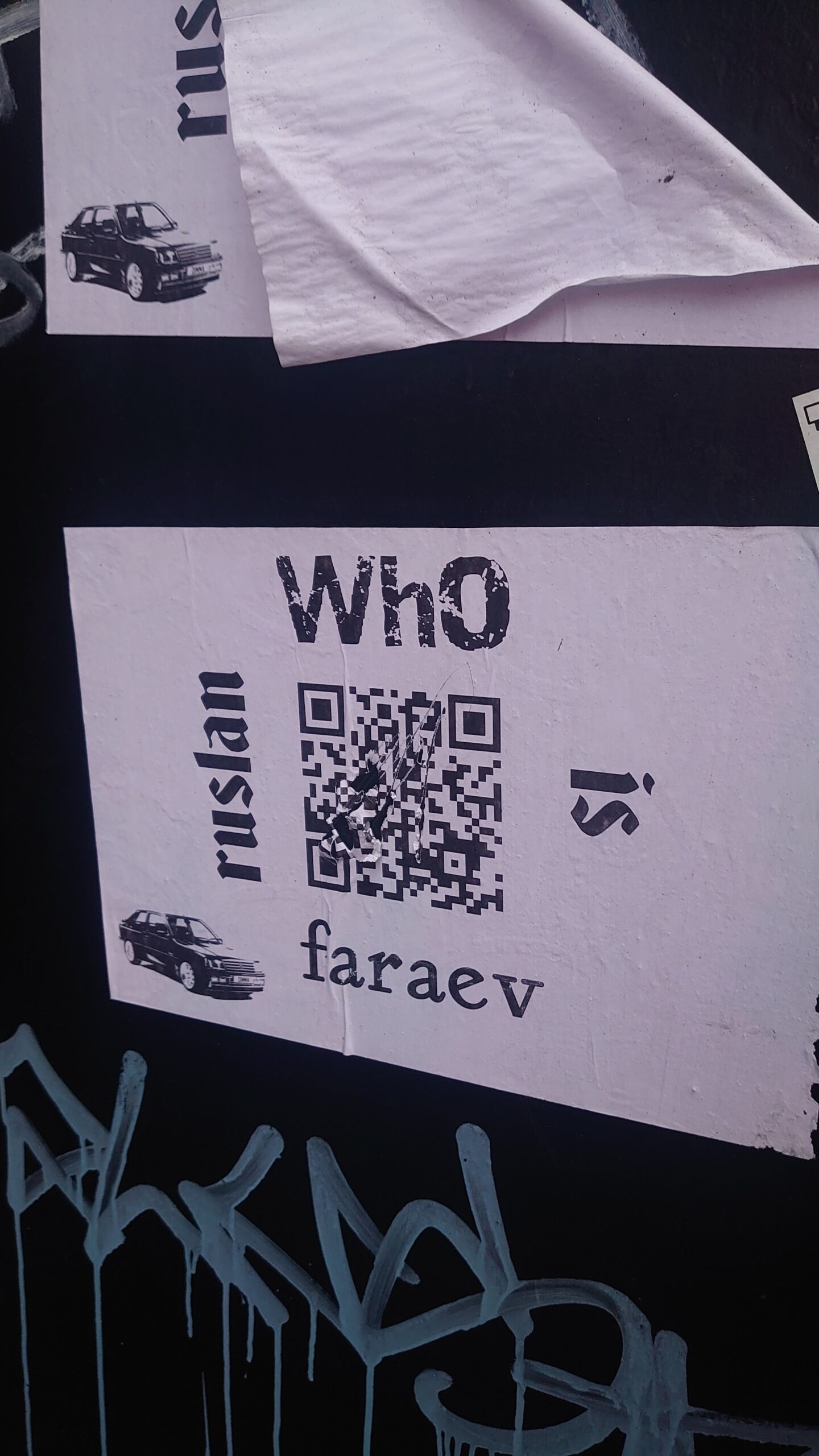 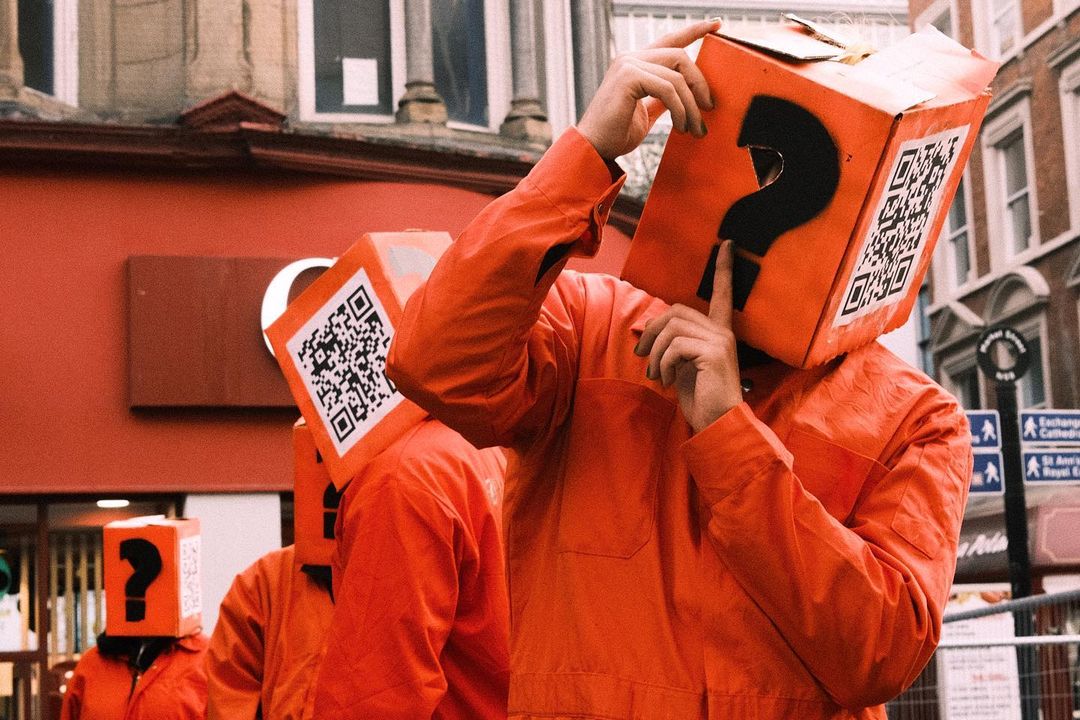 Then, around mid-November, a set of 4 people appeared on Market Street on a Saturday, stood on boxes and with boxes on their heads. But still – we were none-the-wiser as to who (or what) Ruslan Faraev is.

Well, I’ve finally found out. Ruslan Faraev is in fact a new art space in the city centre of Manchester, with a total of nine exhibitions taking place until March at the design-led hotel LEVEN on the corner of Chorlton Street and Canal Street. 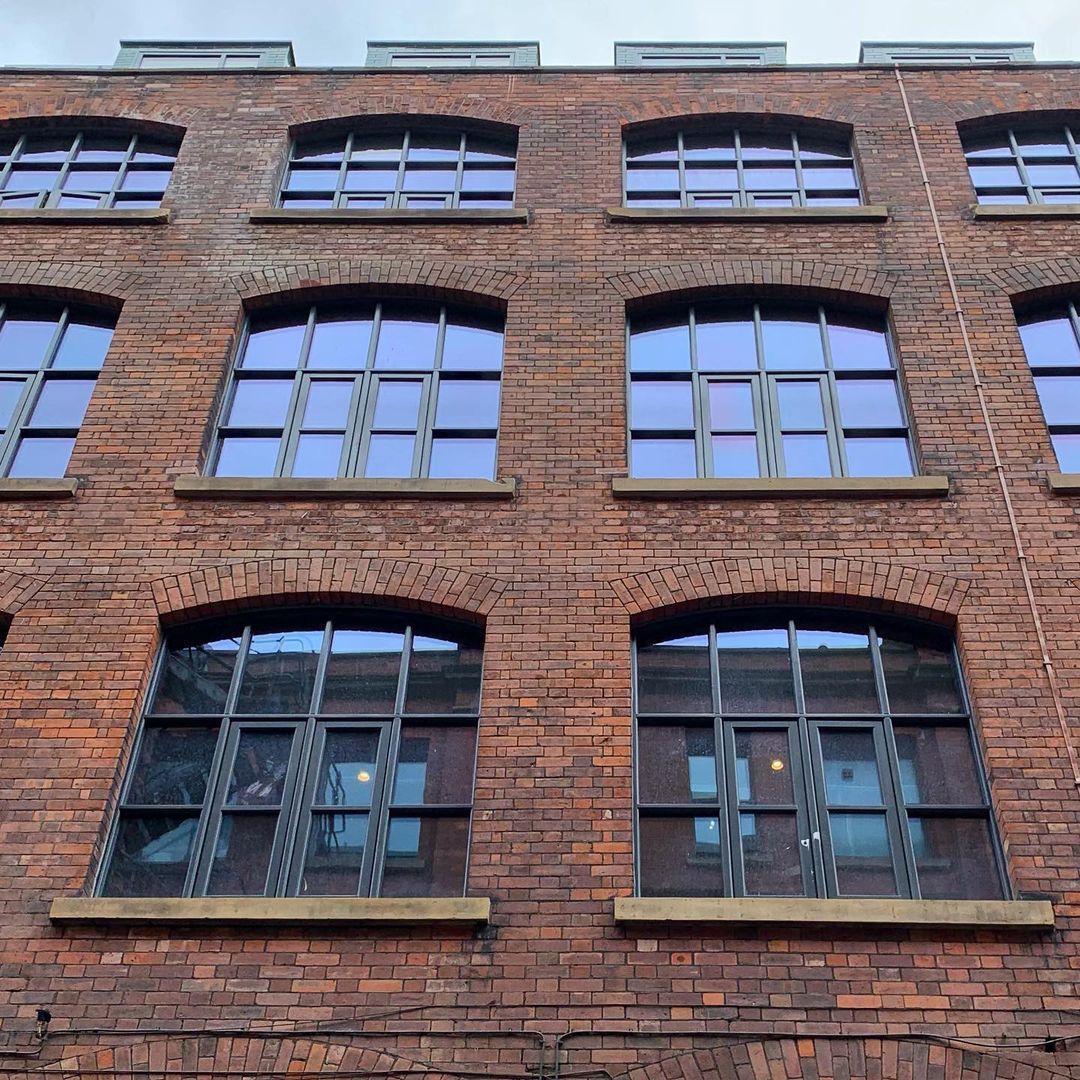 Opening up back in November, LEVEN is a 42 room boutique hotel, a joint venture between Mancunian brothers Joshua and Ben Senior, and Wellbrook Hospitality. They’ve created an aparthotel scheme, with plans for a cocktail bar, restaurant and more to come.

This winter they’re hosting a series of exhibitions with Manchester-based creatives, with the arrival of the RUSLAN FARAEV INSTITUTE OF ART, which launched last week with ‘My First Exhibition’ by the artist PASE, and will be changing things up and welcoming ‘Kimbo’s Vice‘ from Kim Thackeray from 16th – 23rd December. 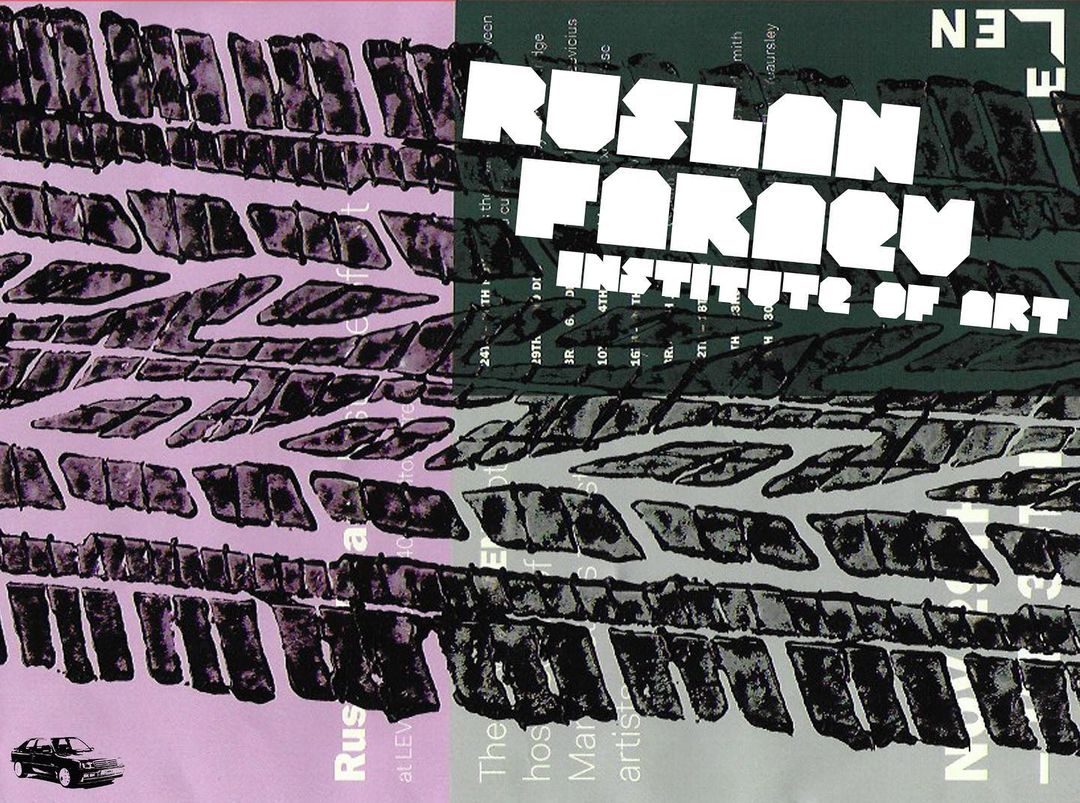 Tickets and more information on all of these artists and events, head to the Ruslan Faraev Institute of Art website…