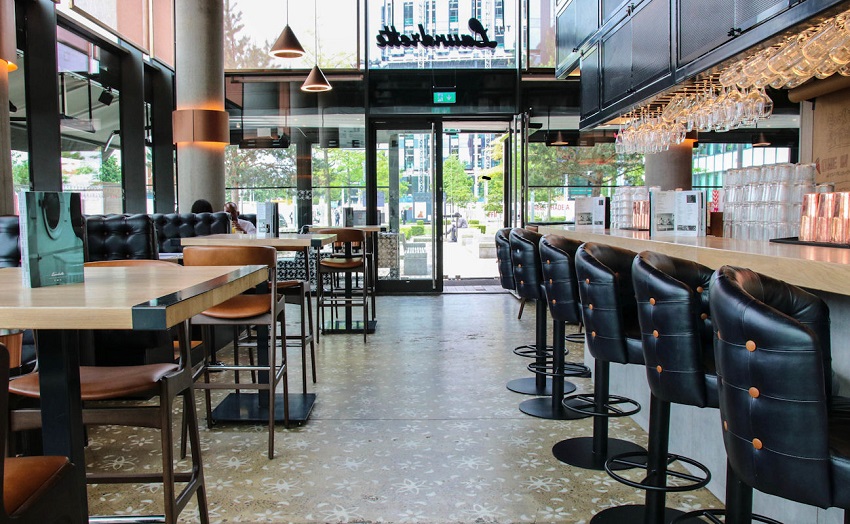 Eating is treating. Or so they have always believed down at The Laundrette, in their opinion all restaurants need a dollop of fun. And as two of their three favourite things are cocktails and carbs, so their menu is appropriately full of them.

Everything that passes your lips at The Laundrette is locally sourced then freshly tossed, flipped, kneaded, sizzled and tenderly fondled on site.

The menu leaves you 100% satisfied and shamefully full. It’s a given. But life’s better with eye candy, right? We needed a destination –  a place to be stunning while sunning, a space to be seen with your caffeine.