A tribute to some of the most inspiring women who make Manchester’s wine scene what it is today. A force to be reckoned with.

There’s no denying the fact that the wine scene in general, with no specifics to cities or countries, is a male dominated and “frankly feudal industry.” That narrative must change.

This is why it is so important for you and I to recognise the inspiring women of Manchester’s wine scene. And what better day than on International Women’s Day to pay homage to the women of this industry, from inclusive supper club hosts to bar attendants at our local natural wine bars, these ladies are incredibly intrinsic to the ever-increasing growth, popularity and demand for low-intervention wine here in Manchester. 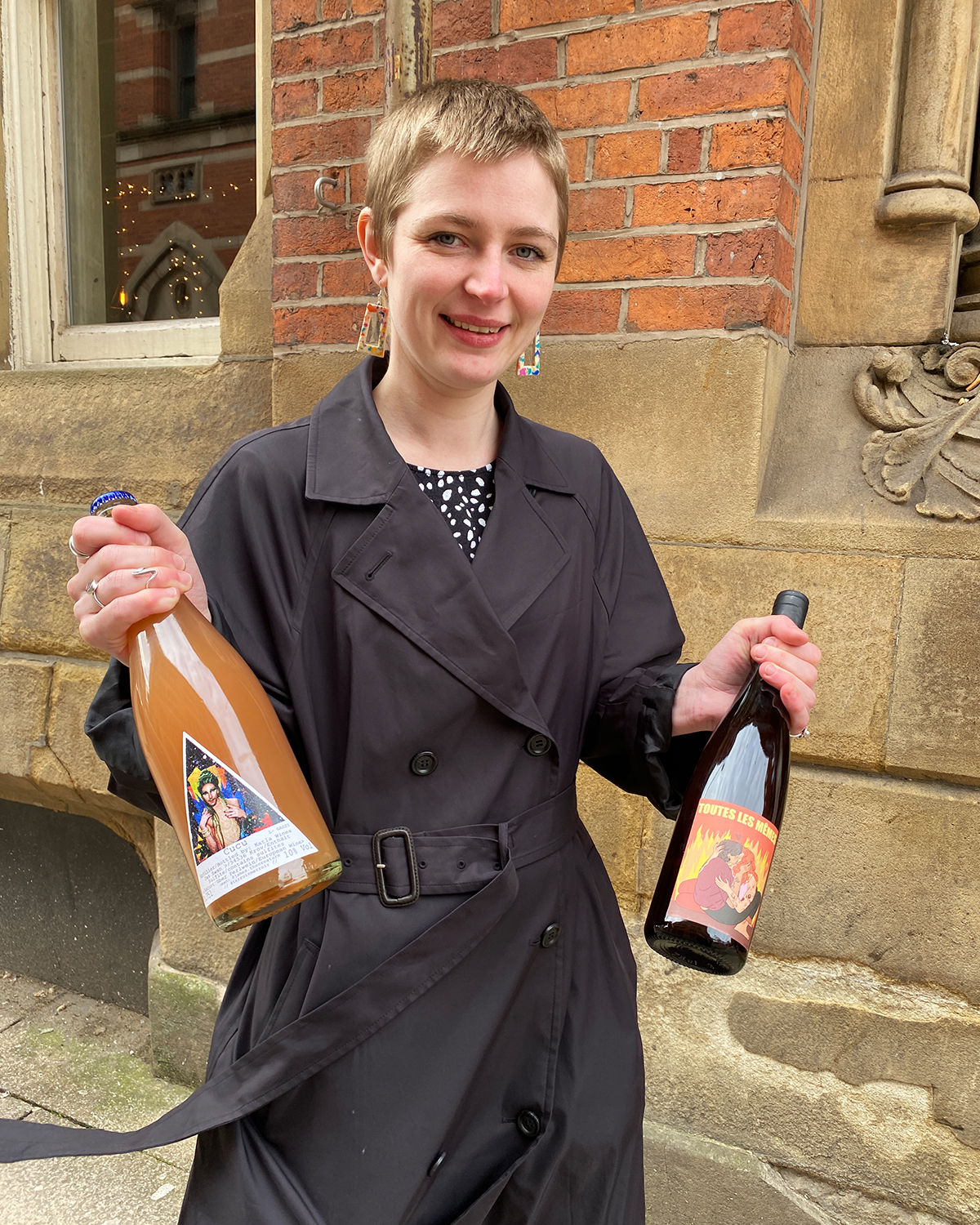 Talk about a boss lady of Manchester… Kimberly is the proud part-owner of the SuppHER club, an inclusive supper club powered by women. Prior to the supper club Kimberly was the sommelier at both Erst and Creameries, before (kinda) giving up on hospitality to begin a career as a support worker! Here’s what Kim thinks of you ladies bossing the wine scene here in Manchester…

“I actually left hospitality to start a new career as a support worker but I guess I couldn’t let it go. I’m really happy that I’m able to use my experience to bring people together and raise money for great causes. That’s what wine should be about though, isn’t it? Sharing experiences and just having fun. It’s great to see a more laid-back side to the wine scene in Manchester now.” 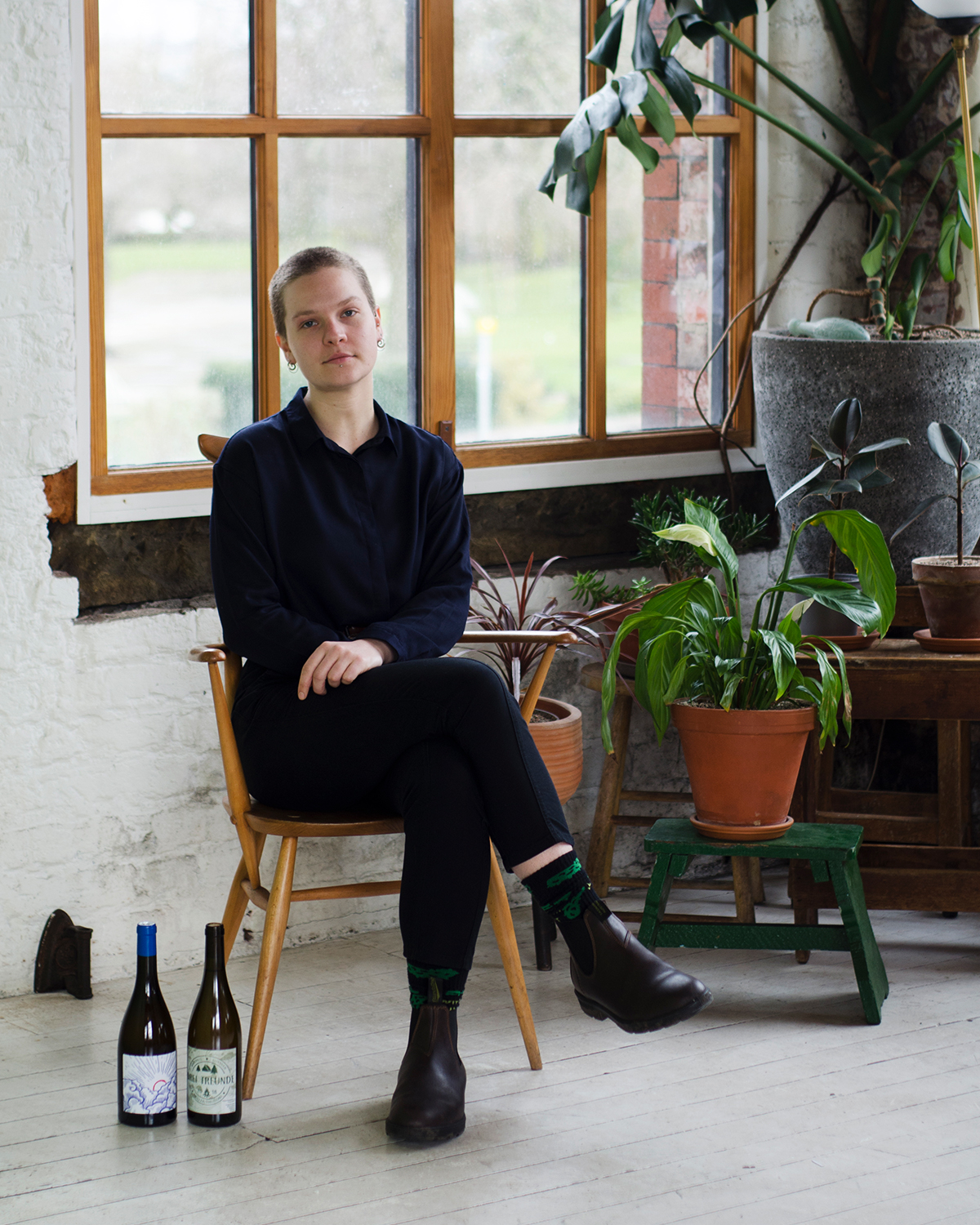 Emily-Rose Lucas | Where The Light Gets In

Emily-Rose is the restaurant manager at Where The Light Gets In, one of 31 restaurants in the UK awarded with a Green Michelin Star for sustainable gastronomy. Previously the General Manager and Sommelier at the Creameries, Emily-Rose carry’s values forward every single day with dedication towards playing a positive role in the world we live in.

“There are so many brilliant women doing amazing things within the industry in Manchester. Collectively, we’ve formed a really beautiful community of women who encourage and support each other. It’s just so inspiring, I am honoured to be a part of it!” 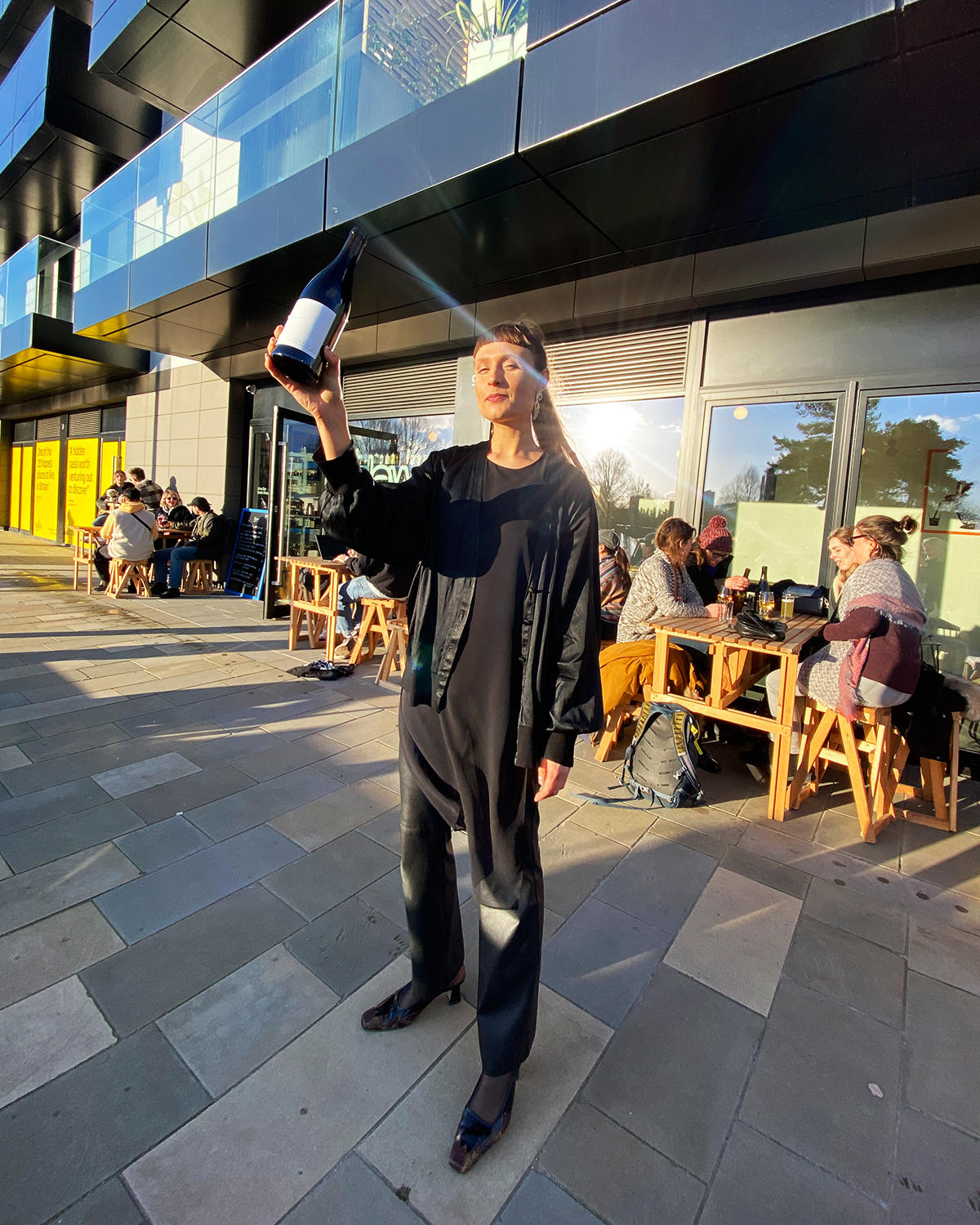 Currently tending bar and helping run the show at the one and only Flawd, based in the Ancoats marina. Megan is the hospitality female Don Dada! She is so knowledgeable when it comes to the many facets of natural wine. The designer of all the party posters at Flawd (which they’ve had quite a few of!) and an all round lovely person who massively adds to Manchester’s wine scene. These are Meg’s thoughts on the inspiring women of Manchester’s wine scene…

“I’m very proud to be a part of the expanding landscape of wine in Manchester. At Flawd, I am lucky to work in a space where I have lots of contact with wines…this city has an amazing community of women in the industry, with so many to look up to! It has been a pleasure to be involved with some very inclusive, supportive events like suppHER, organised by Kimberly (McBride) and Anna (Osgaard).”

It would be downright rude not to mention a fabulous woman like Chloe Hicks if we’re going to do an article on the inspiring women of Manchester’s wine scene! The lead sommelier at the well esteemed, potential best steak spot in all of Manchester… Hawksmoor. Chloe is curating some of the finest steaks this city has to offer alongside nothing but high-quality, lip puckering wines from all across the globe. Unfortunately due to the timing of this article Chloe could not leave us with her thoughts on you amazing, inspiring women of Manchester’s wine food and wine scene, but has stressed that she is incredibly proud, and driven to be a part of the changing narrative! 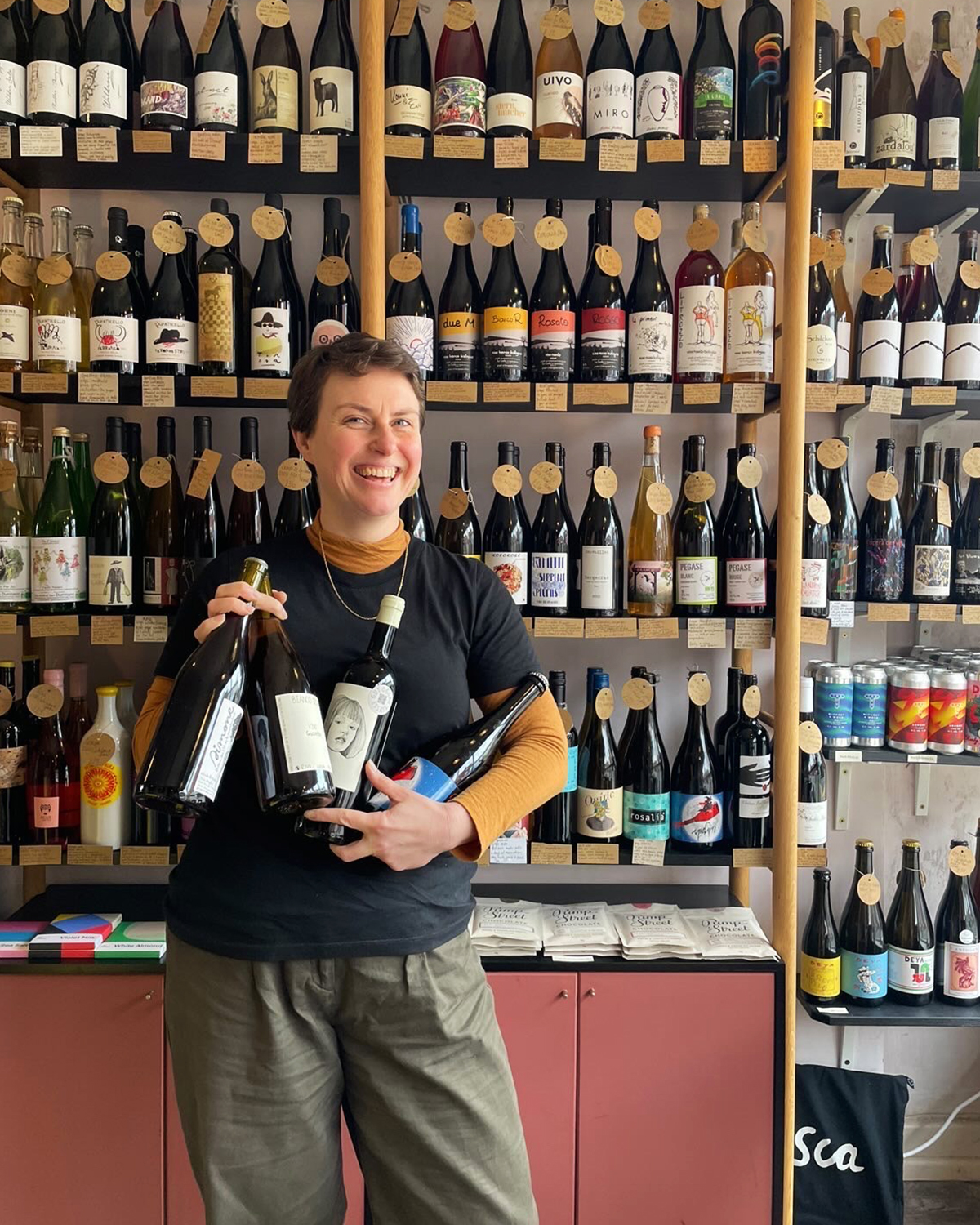 The one lady responsible for bringing natural wine to the North West of the UK. From the magical city of Montreal although both feet are firmly rooted here in Manchester. Inspiring the food and wine pairings at Where The Light Gets In as well as stocking her own shelves at Isca Wines in Levenshulme. Caroline is never shy and is always willing to school you with some natty wine knowledge whenever asked, here’s Caroline’s advice for the next generation of women in Manchester considering getting involved in the wine scene…

“Never stop the movement of questioning and revisiting and tasting. Be open and curious! And listen, always listen, offering wine to people requests to not satisfy what we like and want, but rather what would be best for the other.“ 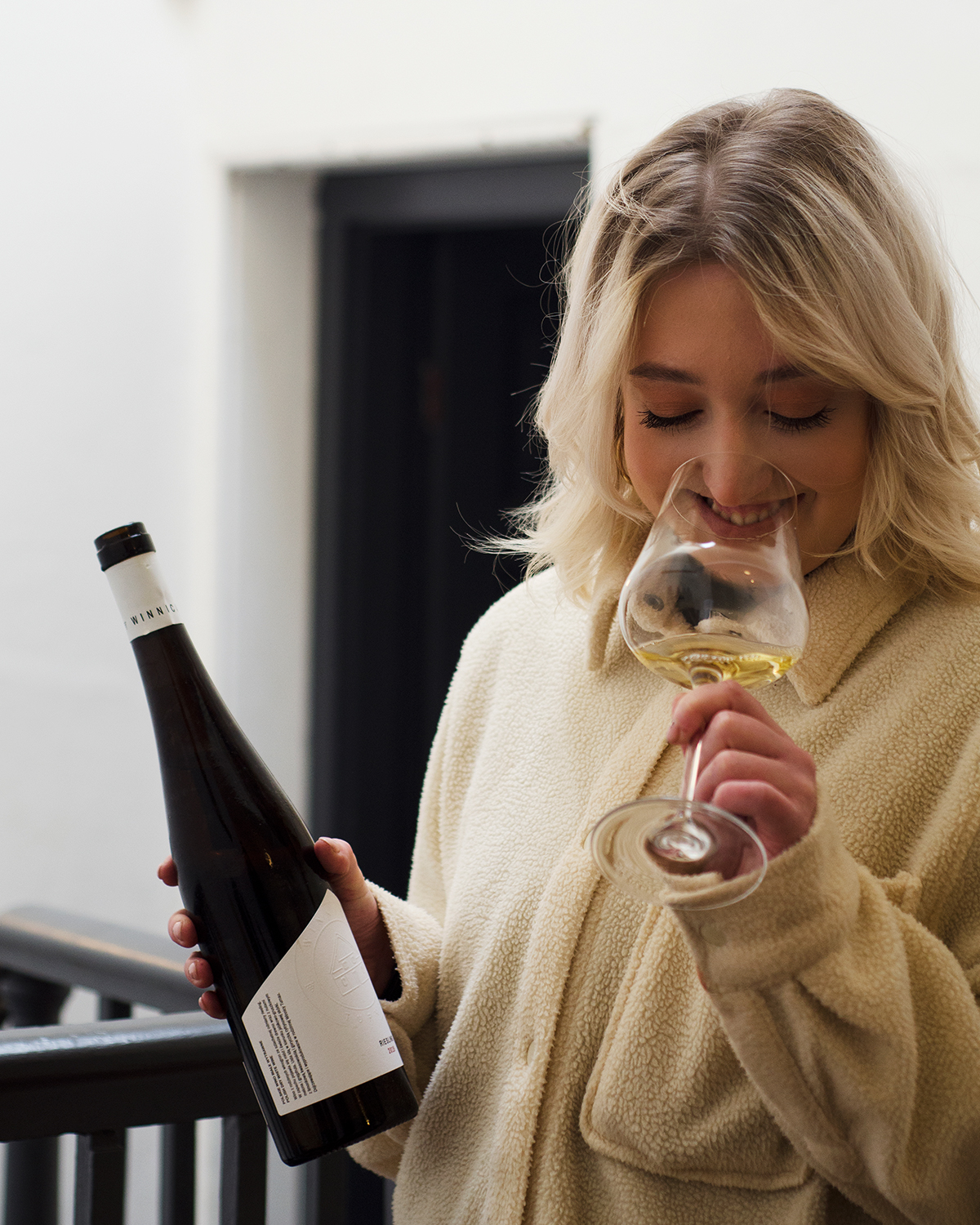 Emily Klomp | Where The Light Gets In

Emily Klomp is the woman responsible for just about all of the drinks and low intervention wines that make it to your table on an evening spent at the Green Michelin Star Where The Light Gets In. Emily will typically be providing you with some of the finest wine and hospitality service Manchester has to offer at her place of work! This is why Emily started working with wine in Manchester…

“I never had any intentions of working with wine until I met Caroline. She taught me how to taste wine with spirit, rather than by identifying tasting notes and winemaking procedures. From there I became obsessed with the idea that every bottle of wine has its own story and essence… it’s humbling to see so many women defying the odds to become leaders in this male dominated and frankly feudal industry.”

What’s important to notice in this article and a viable way of moving forward as equals in this city was the recurring words these amazing women were mentioning; community, inclusivity and togetherness. The significance Kimberly, Megan, Emily-Rose, Caroline AND Emily all put on those ideals is what struck me most, those three words are an honest reflection of Manchester as a whole, but does not mean the fight for equality is over just yet. For us, to diminish male dominance in Manchester’s wine scene we must first see each other as equals, regardless of gender. Happy International Women’s Day!

Strong Women, Juicy Pies & the Best Things to do in Manchester This Week