8 Things to Expect from Dishoom Manchester

The countdown has officially begun for the opening of Dishoom Manchester (Yay!)

Doors will fly open on Thursday 6th December and it is safe to say that we and the rest of Manchester are pretty excited about the prospect.

When I heard the news, I trotted off to London and did a little tour of all the London sites so we would know what to expect. Turns out we have a lot to get excited about…

A Stunning Interior
If you have ever been to a Dishoom in London or Edinburgh, you will know that they take interiors seriously. Inspired by the old Irani cafes in Bombay- the aesthetic is carefully constructed to create a sense of faded elegance. Each site has a story behind it, which helps the designers give it an individual voice and personality. For Manchester, they have taken inspiration from the history of the Masonic Hall it is housed in, and the journey of a fictional British spy from the novel The Tower of Silence as he cases his nemesis between London, Manchester and Bombay.

The Breakfast of Kings
One thing Dishoom is famous for is their epic breakfasts. Available from 9 am all week, this Indian approach to breakfast is like something you have never had before. The bacon naan is a favourite among all- a crispy bacon served in a freshly-cooked naan bread with chilli jam, coriander and cream cheese. Kejriwal is your answer to cheese on toast topped off with a couple of fried eggs, but if you want something really filling, look no further than the big Bombay breakfast which is the Indian re-vamp of a full English you never knew you needed.

Freshly Baked Bread
At every Dishoom restaurant, there is some busy chef (or a couple of chefs) sat rolling dough and working over the hot tandoor oven. Naan bread and roti (handkerchief-thin bread, thrown, stretched and griddled to order on an upturned tawa) are made fresh to every order – and you can really taste the difference. No meal at Dishoom is complete without one of these delicious breads.

More than just curry
When it comes to Indian food, the common misconception is that it is all about curry and nothing more. This is where you would be dead wrong. In fact, Dishoom only has three curries on their entire menu. What you will find in their extensive menu is a delicious range of small plates (like lamb samosas, okra fries, keema pau), grills (like spicy lamb chops, gunpowder potatoes, paneer tikka), Biriyani dishes and salads. Their signature black dhal is a dish to look out for too. Honestly, you will be spoilt for choice at Dishoom.

A Manchester Special
Not only does each Dishoom site have their own aesthetic identity,  they also have a unique dish just for that venue that you cannot get anywhere else. For Edinburgh, this is Salli Boti– braised lamb with crunch Salli crisp-chips. For Shoreditch, it is a leg of lamb marinated in chilli, garlic and ginger and flame grilled and in Kensington, it is a mutton-pepper fry. We do not know the details of the Manchester special, but it is safe to say we cannot wait to find out.

Traditional Indian Desserts
Indians are certainly known for their sweet tooth and nothing is a testament to this more than the dessert menu at Dishoom. Comforting sticks of Kulfi ice are a great way to cool your mouth down after a spicy meal and the chocolate pudding is what dreams are made of. Kala khatta gola Ice is a bit of a talking point. Made from shaved ice steeped in kokum fruit syrup and topped with blueberries, chilli, lime, white and black salt – this takes you on a journey from sweet, to savoury and back again. It is one of those marmite things, but I reckon you’ll hate the first spoon but after the second, you will not be able to stop.

Phenomenal Drinks
Do not for one minute think that Dishoom is all about the food. They have an expert team of mixologists behind them who have crafted a delicious menu of cocktails to suit every time of the day. Naturally, history is a big influence behind it take, for example, the Bombay Presidency Punch which is said to be one of the first cocktails ever invented. I am a big fan of The Dhoble – a delectable breakfast cocktail made with vodka, fresh orange and lemon juice named after the notorious party-pooping Assistant Commissioner of Police of Bombay, Vasant Dhoble. Chin Chin to that!

Festive Feasts
Christmas is coming up, and Dishoom Manchester is opening just in time for some serious festive dining. In Indian culture, there is a lot of emphasis on eating together on special occasions. Therefore, they are putting on a serious feast for the festive season with a Bombay twist. Expect chai eggnog, turkey leg cooked Indian style as well as various small plates and Dishoom classics. But, let me point out that they aren’t just on the Christmas hype. Dishoom is a community of multiple faiths so see a big fuss being made of Ramadan and Diwali among other religious holidays too.

Dishoom Manchester will open on Bridge Street 9 am on Thursday 6th December. 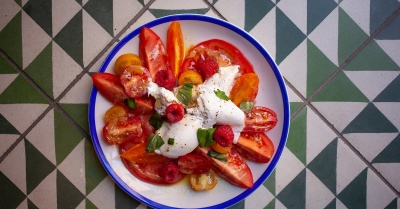 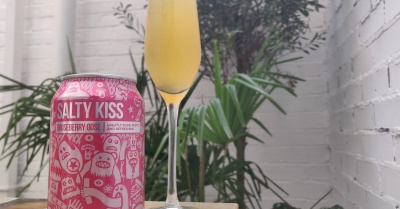 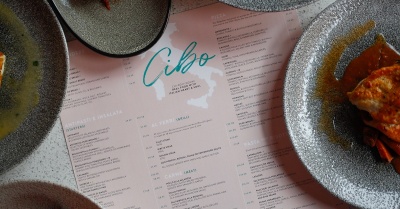 Two Lunch Courses and a Drink for £13.95 at Cibo Manchester