A Turkey Christmas Dinner Kebab has arrived in the Northern Quarter!

It comes loaded with roast turkey, pigs in blankets and melted brie... 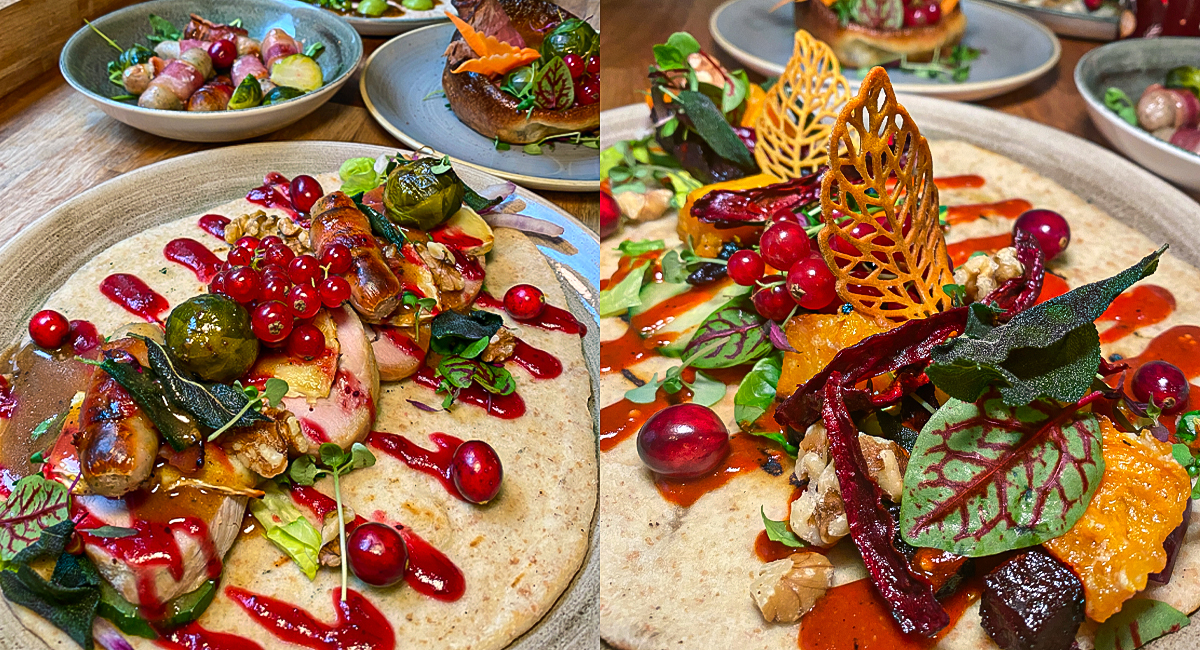 We all now know that the Christmas Dinner, as in the one that you eat half-cut after the Queen’s Speech on Christmas Day, is the very best meal of the year.

The anticipation of the whole thing. The huge mound of turkey in the centre of the table. The bread sauce. Three litres of gravy.

It’s amazing – and that’s before the cheese and biscuits even gets wheeled out and you all start playing bingo. I’m really going to miss it this year when I’m lying on the beach in Tenerife! 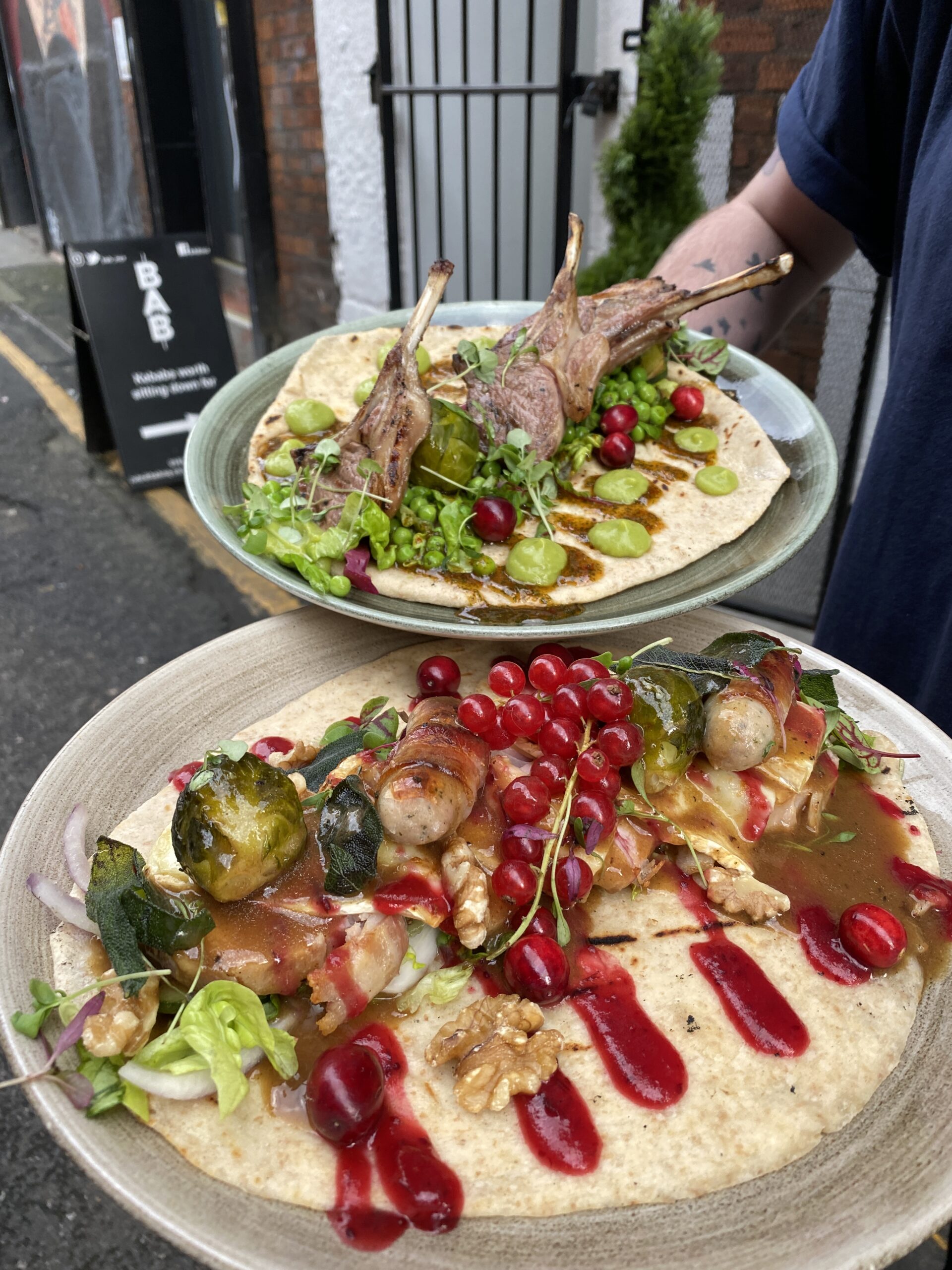 Why am I talking about Christmas Dinners? Well, the Northern Quarter’s gourmet kebab joint BAB have this week launched their Christmas BAB – and it’s a Roast Turkey (£13.50) beauty topped with pigs in blankets, sprouts and melted brie, plus cranberry sauce (of course).

It’s phenomenal, and we ordered ourselves a little pot of gravy and absolutely poured it all over – re-creating that Christmas Dinner experience – but in kebab form! 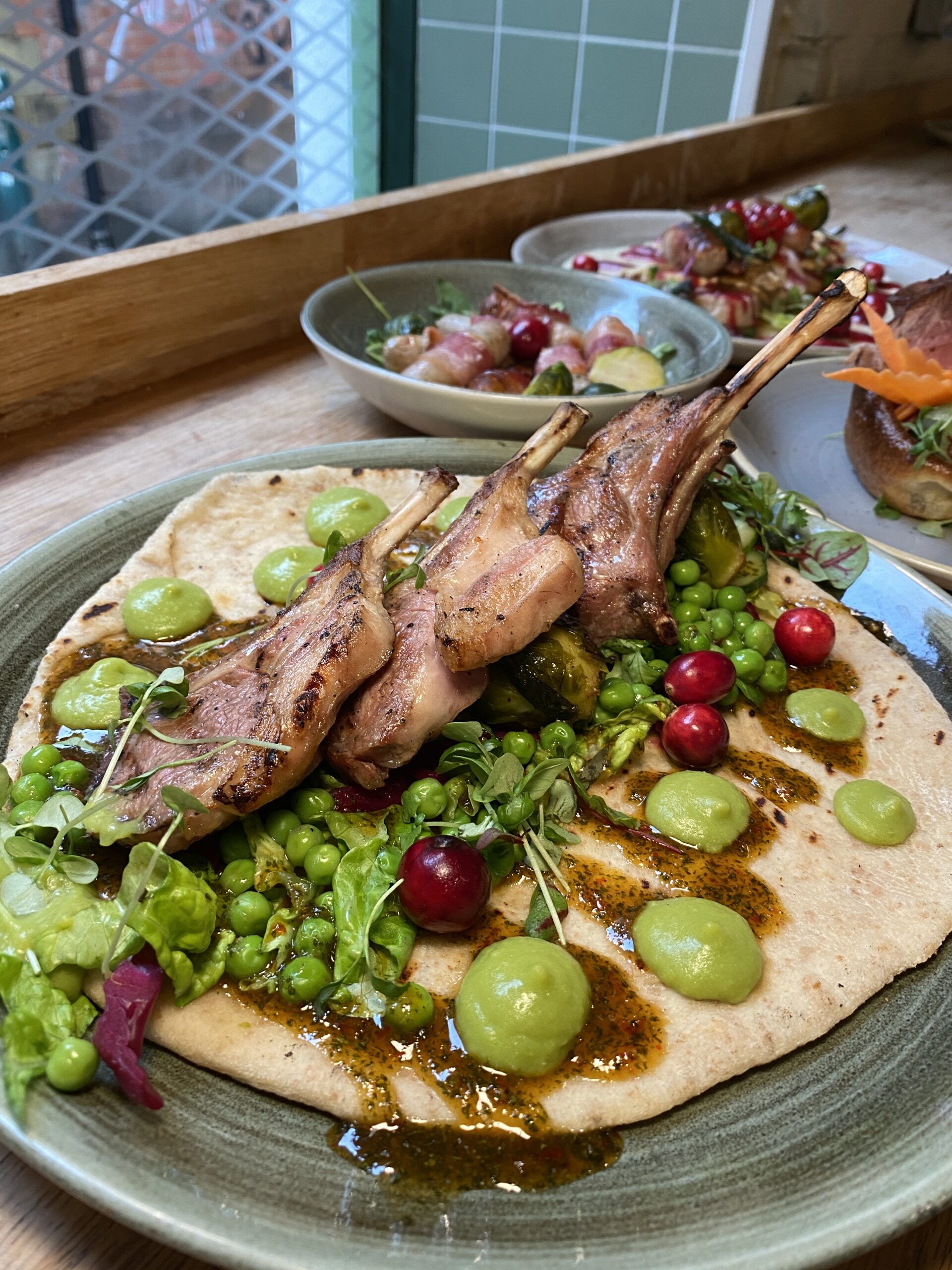 Also new to the menu this Christmas is a unique Lamb Chop Kebab (£14.50) – three perfectly seared chops on the bone, topped with green peas, salad and mint sauce. 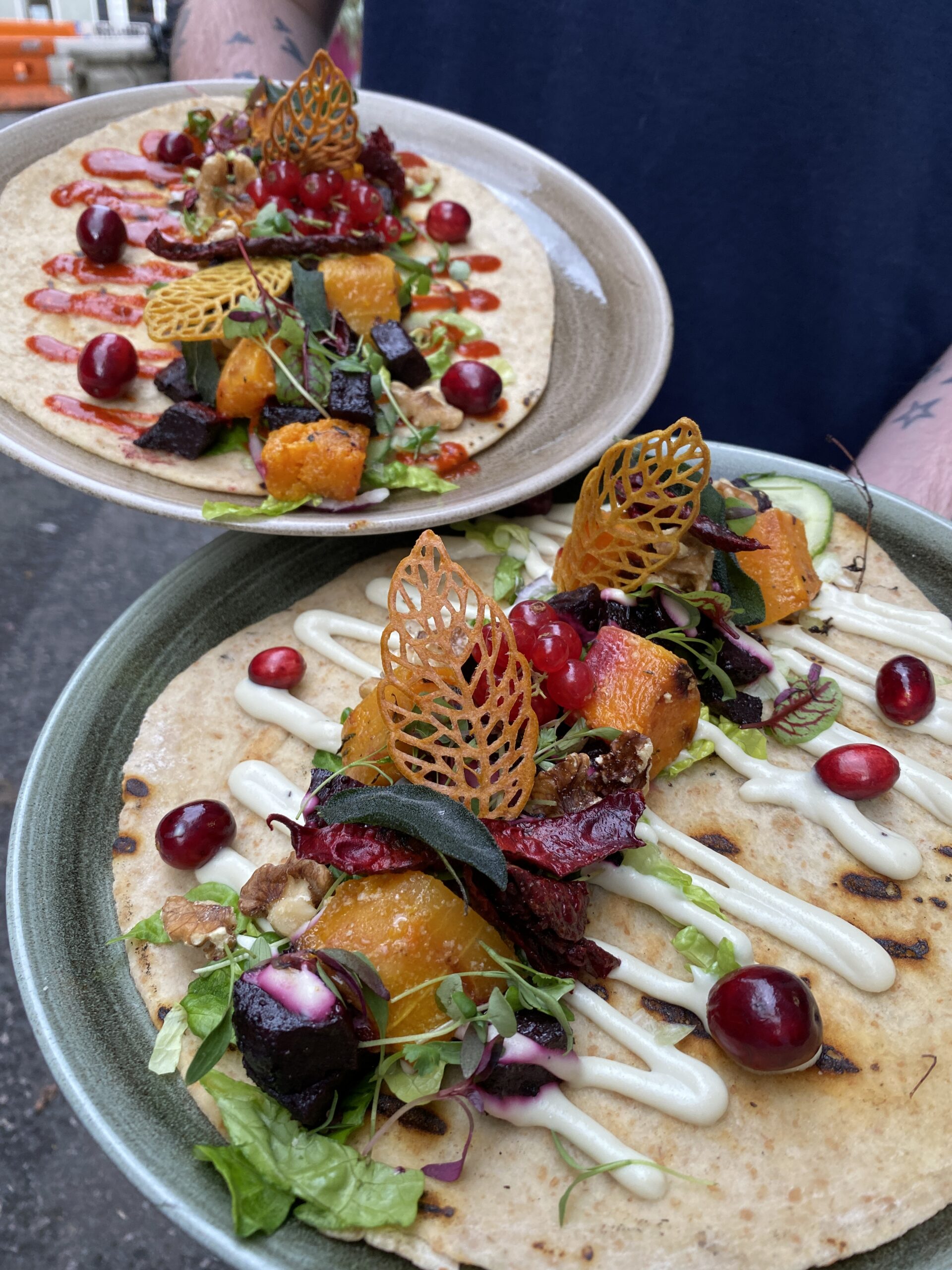 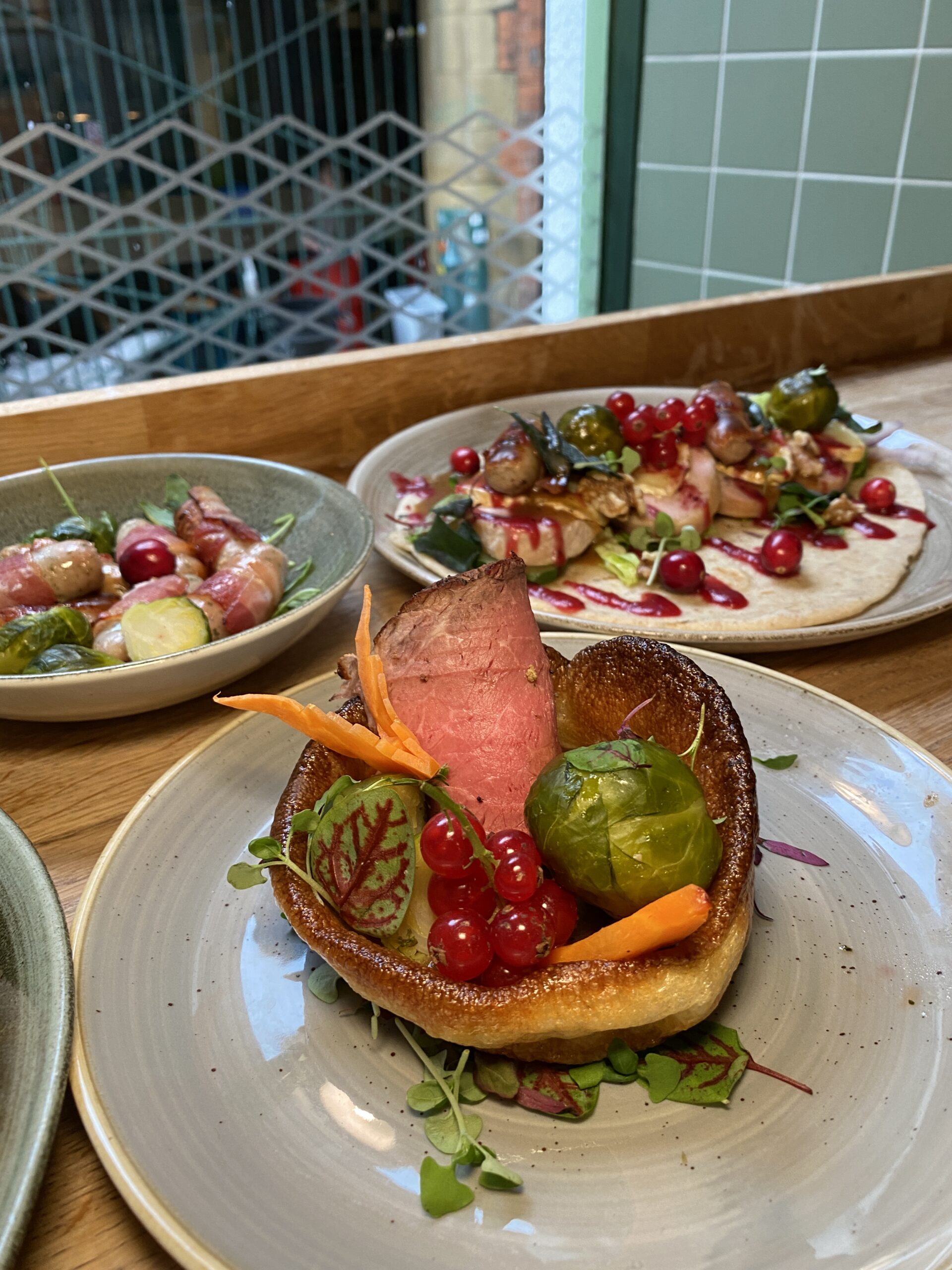 Oh, that’s not all. On the Mezze Menu, BAB have introduced Roast Beef & Yorkshire Pudding (£7) and Pig in Blankets (£7). A little tip – buy both of these, add to your Turkey Kebab and enjoy the ULTIMATE CHRISTMAS KEBAB this December.