The Best Tequila Joints in Manchester

If you love Tequila and don’t mind that it quickly turns you into a drooling, lumbering mess, then check out these brilliant places to get hold of some…

Tequila is very much like Marmite. You either love it or you hate it. Just like Marmite, it can also spend a couple of years in your cupboard gathering dust and not getting touched. Don’t bother with the supermarket though – just head to one of these places instead… 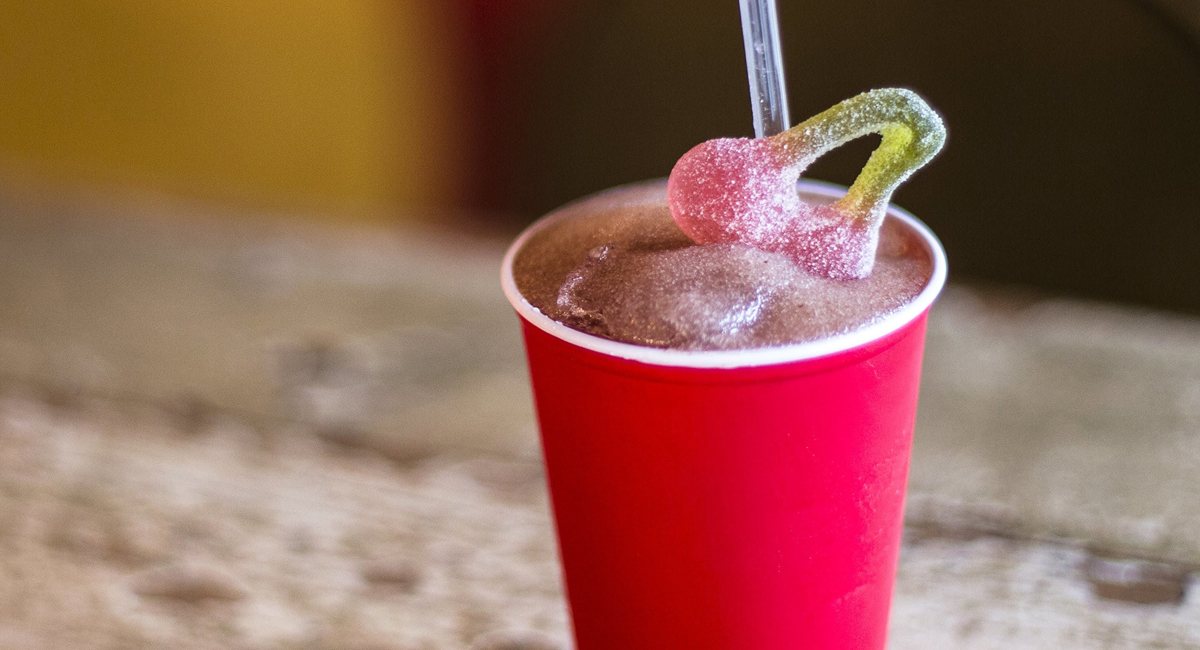 Crazy Pedro’s
Find yourself in Crazy Pedro’s and not only do you have a huge choice of pizzas the size of a 1986 satellite dish but they also have an extensive range of tequila and mezcal in which to wash them down with. Their cocktail selection is very tequila and mezcal-heavy – as are their brilliant frozen cocktails. It’s the perfect place to grab a couple of slices and get right royally smashed on some Mexican death-juice. 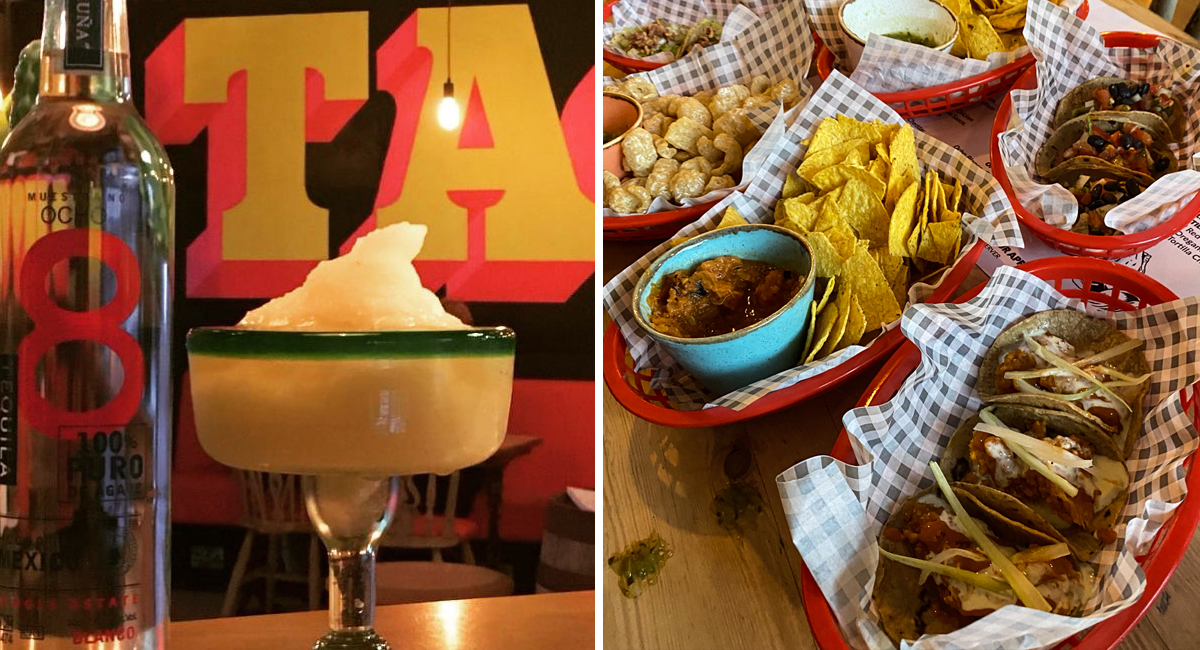 Southside Tequila Joint
I mean, the clue is in the name. This place is the quintessential destination for anyone who enjoys an agave-based tipple – and you can wash it all down with lots and lots of delicious tacos too. They have some truly wonderful (and rare) tequilas in here – many of them will truly open your eyes to just how nuanced and unique they can be – so if you’re someone who usually “doesn’t like” tequila – have a chat with the staff and they’ll show you what you’ve been missing. 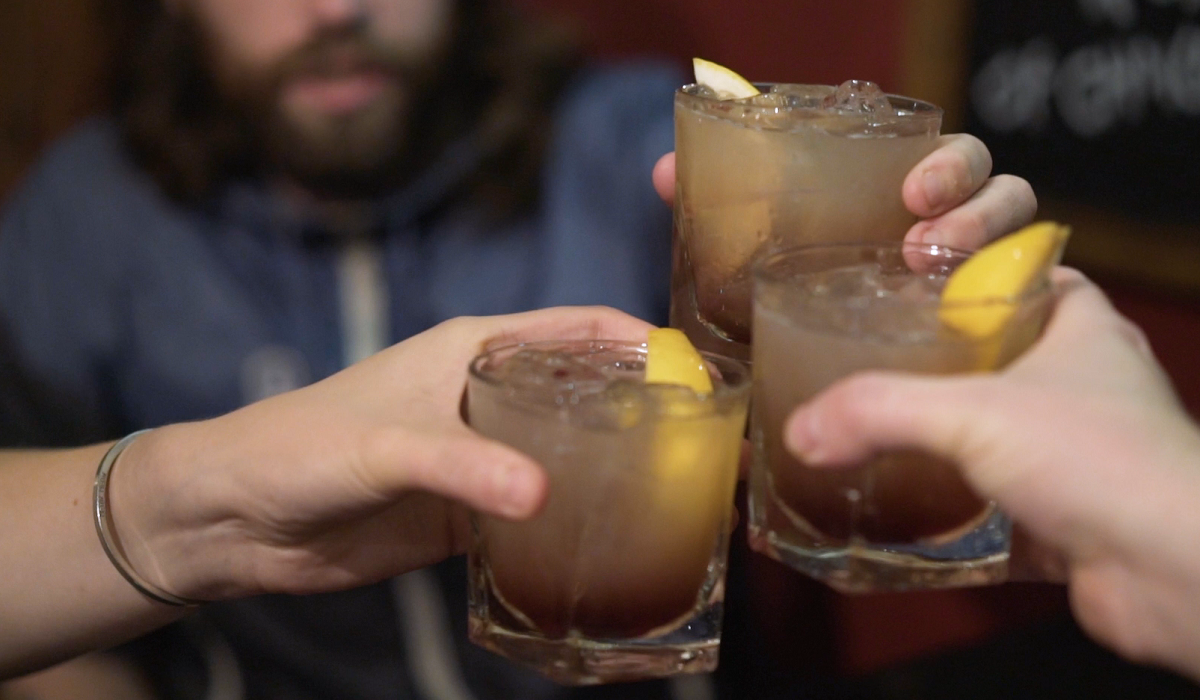 Sandinista
Hidden away down an imposing alleyway off St Anne’s Square, Sandinista is often overlooked by many people – but they’re idiots because they are missing out on a fair whack of tequila and mezcal that they can get destroyed on and make bad life choices. Sandinista is a great little bar, with a top crowd and some proper good cocktails. Last time I was in there we had some tequila shots with a lovely chilli, coriander and pepper shot on the side – the contrasting flavours were deliciously good and it made us really, really drunk. All you need really. 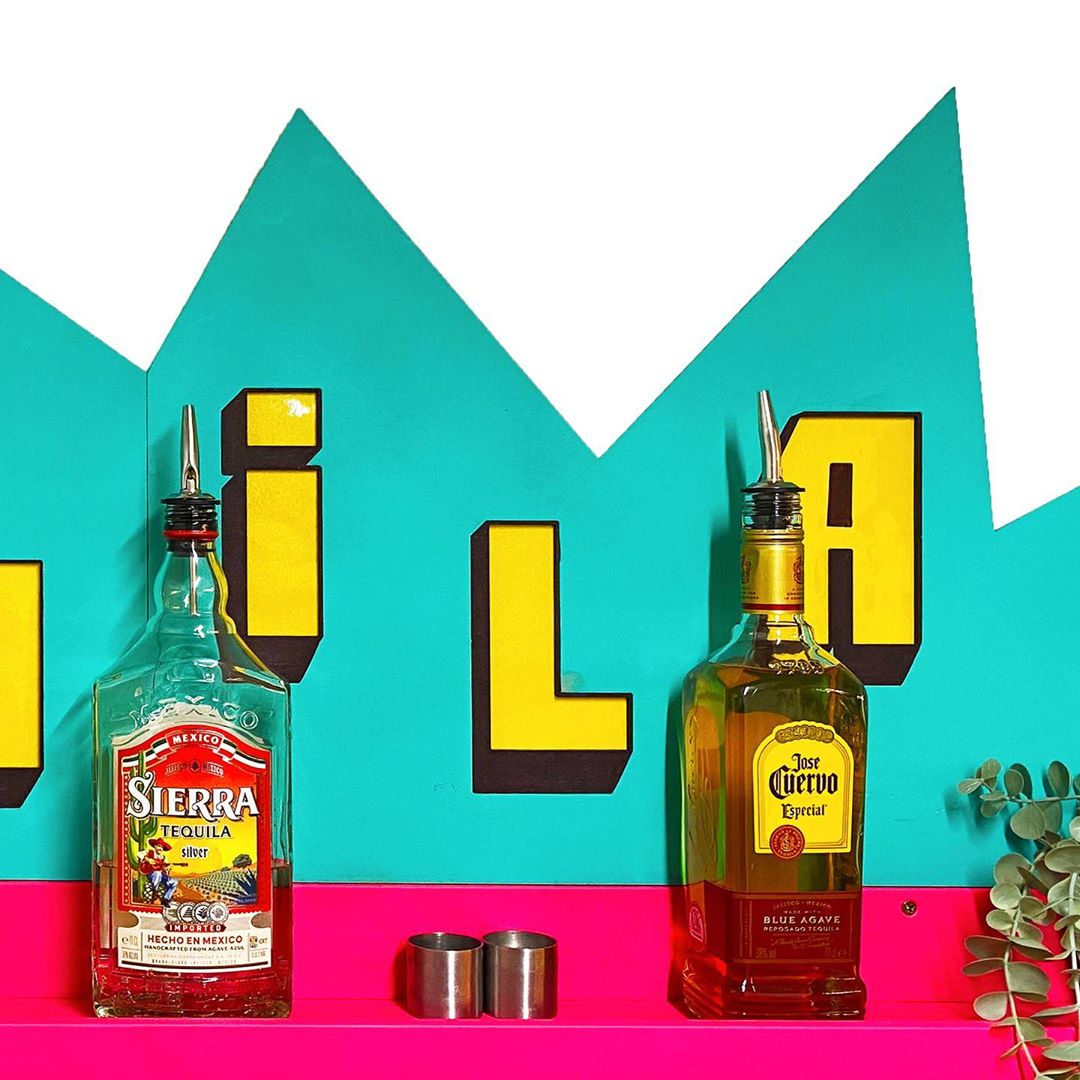 Rey Del Cerdo & The Clubhouse
Come for the food, stay for the tequila. That seems to be the philosophy for Rey Del Cerdo over at Hatch – who’ll happily serve you some pretty substantial shots of the good stuff alongside their excellent tacos. Personally, I’d do it like the Mexicans do, order 6 tacos between 2, and 4 tequilas. Sip the tequilas while enjoying the sublime food – none of that shot shite over here. If you fancy an after-meal chaser – head on over to The Clubhouse just on the other side of the courtyard where they’ll concoct a mad tequila cocktail out of thin air. 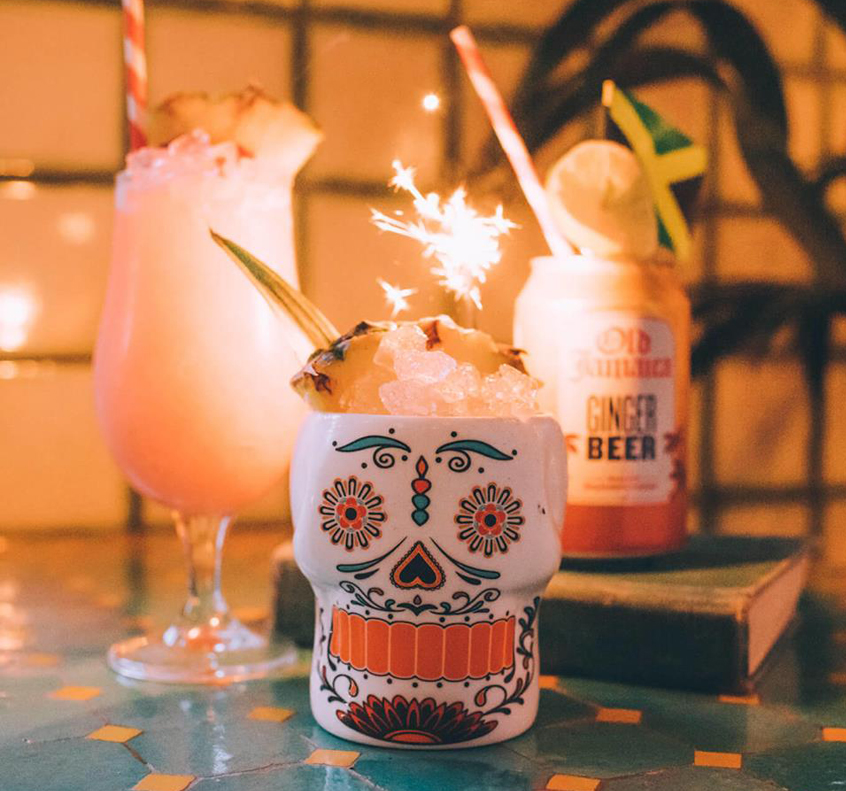 Revolucion De Cuba
If you manage to negotiate yourself past the bouncers on an evening you will find a gleefully elaborate cocktail menu and bottle selection with plenty of tequila options available. The margaritas here are ace and their Mexican Firecracker with tequila, bitters, pineapple, vanilla and lime is served in a sugar skull cup – enough to impress anyone as you walk around looking smug and trying to look sober. 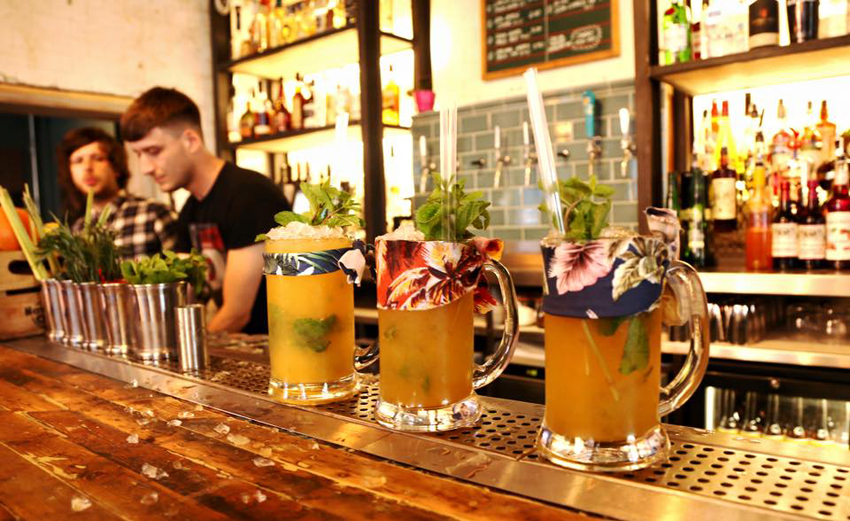 Luck, Lust, Liquor & Burn
Because they serve Mexican food with lashings of cheese and sour cream, it’s safe to assume that Lust, Liquor and Burn would also be buying loads of bottles of tequila alongside the tacos and tortillas every week in their deliveries. You would, of course, be correct – pretty much every drink they sell will have tequila in it – even if you ask for a tap water they’ll probably try popping a shot in there. I’m a big fan of their Largarita – basically beer and a margarita mixed up – it’s perfect with a massive burrito – it staves off the meat sweats rather efficiently. 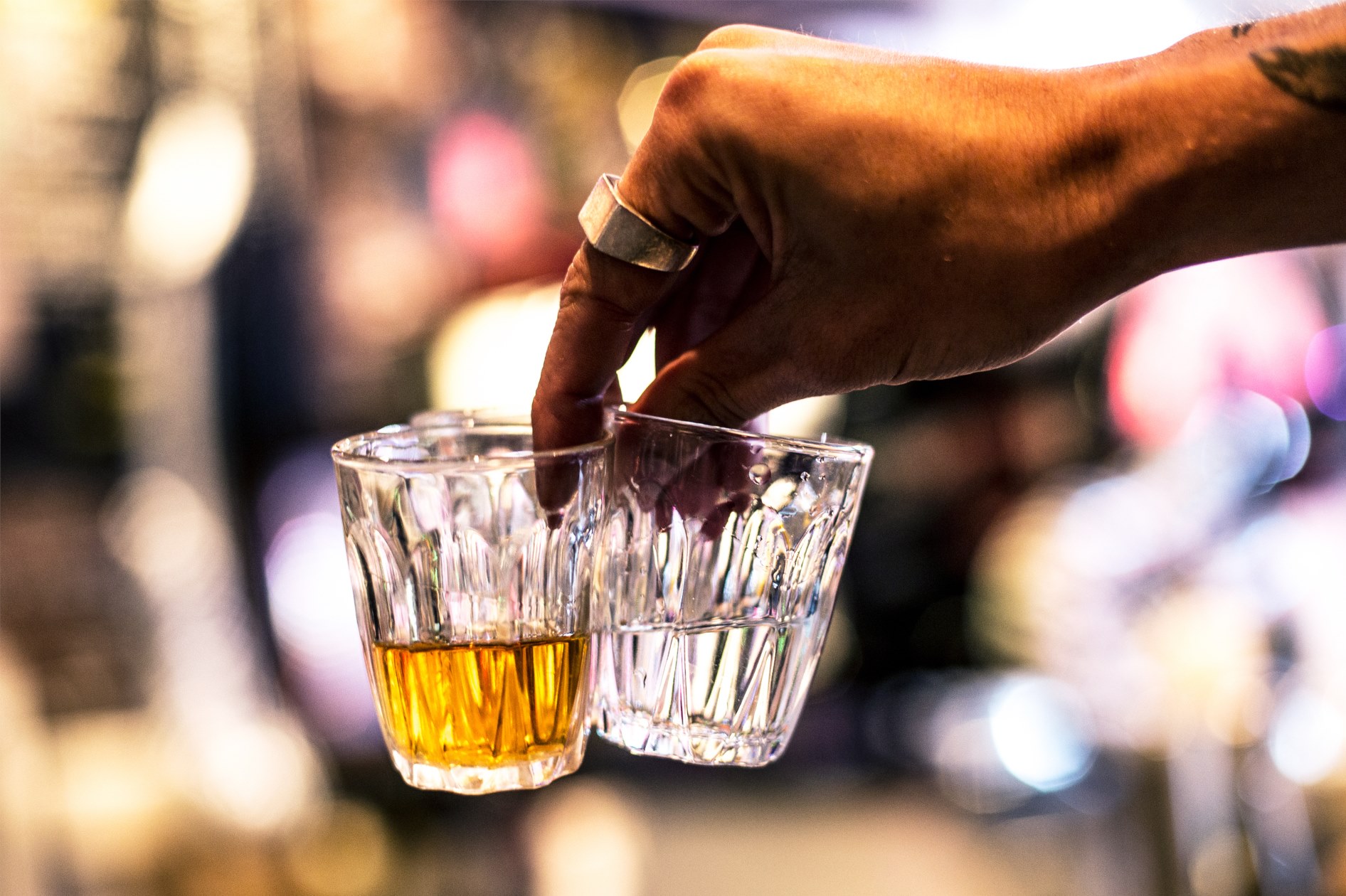 Bunny Jackson’s
For a place that specialises in Bourbon and Chicken Wings, you’d be surprised by the amount of tequila they’ve got sloshing about behind the bar at Bunny Jacksons. Although, actually, if you’ve actually spent a night here – it won’t come as a surprise at all. Perfect for a little rocket up your arse, tell the sexy staff that you want a tequila and they’ll serve you up a cracker – be sure to buy them one too though – otherwise you’re just being rude. 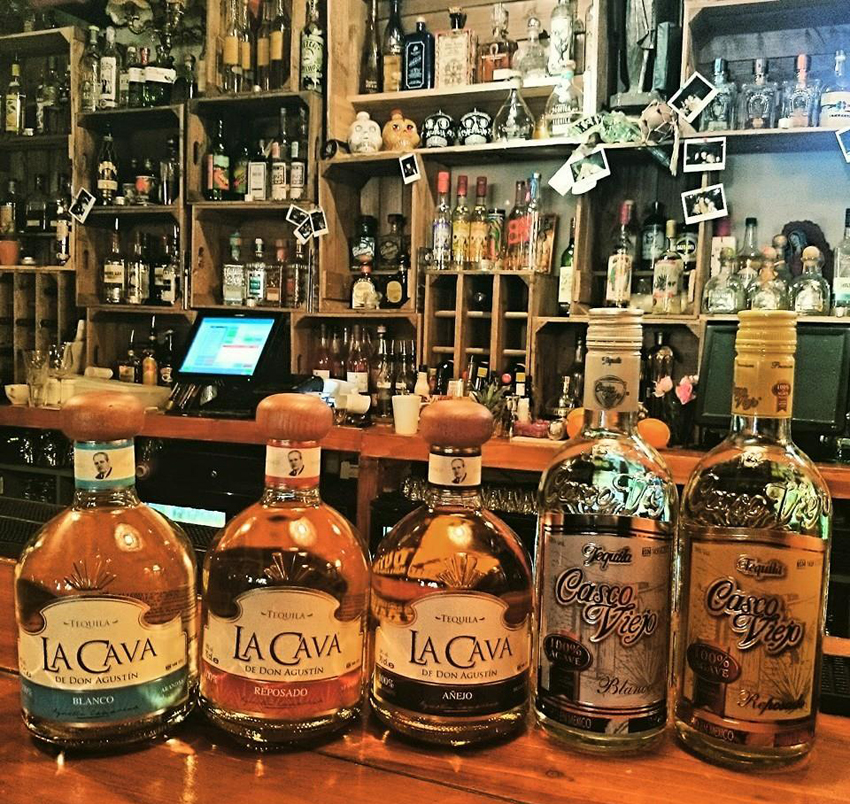 El Capo
El Capo, as a Mexican restaurant, bar and club, obviously sells tequila. But to say this is as big of an understatement as saying Dale Winton likes fake tan. The amount of tequila and mezcal they are packing is impressive enough to blow a Mexican man’s sombrero off – and as borderline racist as that is – it’s true. They even sell Del Maguey Wild Tepextate Mezcal that’s about 100 quid a bottle even if you’re in Mexico – treat yourself next payday. 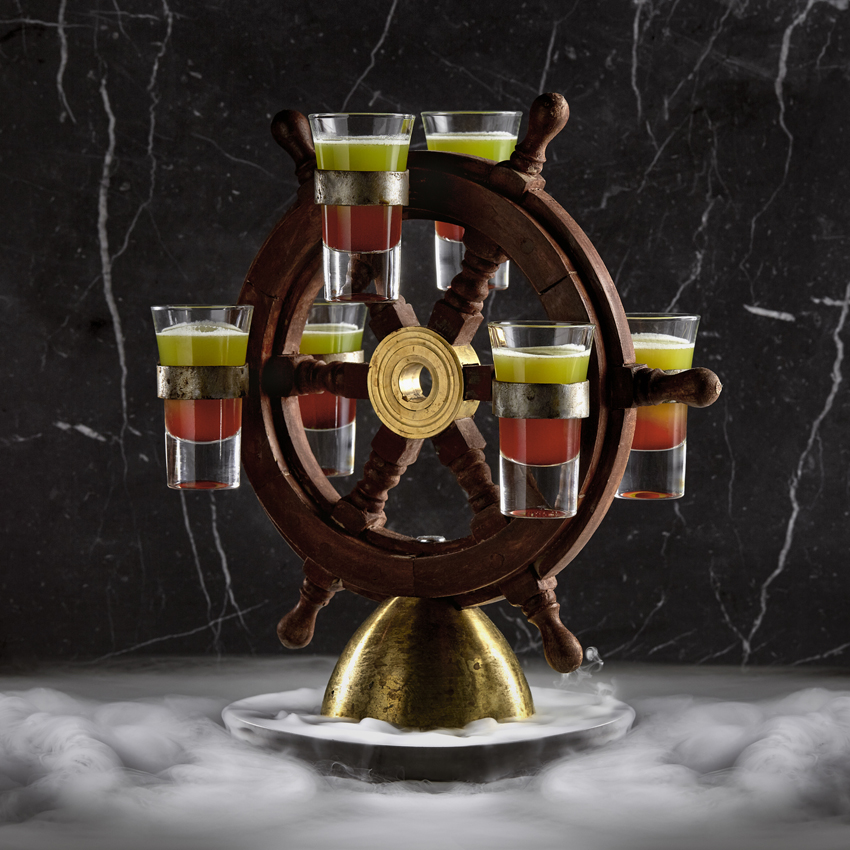 Tattu
Tattu specialise in a wide variety of cocktails – mostly with an oriental twist – so when it comes to my next Sake related article these boys are surely going to be at the top of the list. Their tequila selection is pretty decent though, and they also sell one of my favourites – the 1800 Coconut and as a man who enjoys eating a Dark Bounty every day, it’s like the alcoholic equivalent but without the calories on my jowls. Tattu also have a brilliant tequila based sharing cocktail for 6 people (Into the Unknown) which comes served on a bloody captain’s wheel. You can just drink them all yourself if you want – nobody will judge you.