This Summer will see some serious Disco Fever hitting the people of Manchester as Underdog at Black Dog Ballroom NWS play host to Lost In Music on Friday 28th July.

Defected, Glitterbox Ibiza and Ministry of Sound resident Dr Packer will headline this first in a series of events celebrating the legendary New York disco clubs of the Eighties like Studio 54 and Limelight, together with the hedonistic mayhem of the old Space Terrace in Ibiza.

Dr Packer, who is considered to be one of the pioneers of the electronic dance music scene in Perth Western Australia, will be supported by local talent DJ Paulette and Disco Mums.

With a 26 year DJ career under his belt, countless DJ awards, 4 international DJ Tours, 16 years studio experience and a record label Interphase Music, Dr Packer is no stranger to the music business. He has topped the Juno Sales charts and had been signed to labels such as Z Recordings, Disco Dat and Midnight Riot and caught the attention of big heavyweights such as Joey Negro, John Morales and Greg Wilson.

In a career currently spanning more than two decades and three countries – DJ Paulette has made entertaining on a European scale look effortless. She has spent many amazing years as a resident at some of the biggest and best clubs in the world and with residencies in prestigious clubs in three countries. She has supported the cream of the DJ establishment  –  from Gilles Peterson, Norman Jay, David Guetta, Laidback Luke, Afrojack, Bob Sinclair and loads more.

Finally Disco Mums are an all-female Manchester based DJ collective of seasoned clubbers (now proud parents) who, courtesy of the babysitting skills of a team of generously paid helpers, are still out and still playing records. Greatly influenced by the scene in Manchester over the past 20 years, their roots are in nights like Electric Chair, Aficionado, Friends & Family, Homoelectric and Bugged Out. Expect to hear anything from soul, house, techno, disco, boogie, reggae, italo and pop.

The second Lost In Music event will be on Friday 29th September, with artist details being announced in September when tickets go on sale.

Tickets for Friday 28th July are on sale now and you can get them here: 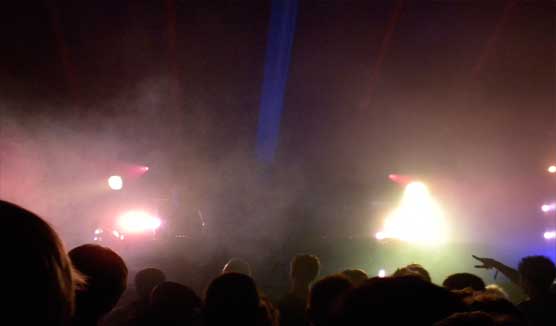 The Finest Guide To Parklife 2013