When I was a kid I would always get really confused when watching 'Who Framed Roger Rabbit' at the bit where they went into the wall at a bar to hide from Judge Doom.

I could just never understand why there was a separate, secret room which had a peep hole in it into the main bar. Once I got older however, and found out about the Prohibition – all became crystal clear.

17 Below
You’re sat in Dogs N Dough, scoffing a massive hot dog, watching Uncle Buck on the screens and drinking a strong cocktail. You slowly realise that a few people who come in are just walking straight past the bar and heading to a non-descript door on the back wall. What’s going on here then? You get up and go through the door – down some steps and you’re in 17 Below, a hidden den of pool, 80’s themed cocktails and FREE arcade machines. Get yourself a ‘Fistful of Quarters’ cocktail, park yourself in front of Donkey Kong and try to beat Billy Mitchell’s score of 3,333,360 while getting absolutely blotto’ed.

Behind Closed Doors
You’re walking down Oldham Street and you’re looking for a new t-shirt to get printed for your mates’ stag do in Magaluf. You begin to notice a group of pretty attractive girls pressing a non-descript buzzer and walking down some stairs. What’s going on here then? You decide to sack off the t-shirt and press the buzzer as well. As the door opens you begin to descend into Behind Closed Doors, the city’s newest hidden bar and a veritable den of sleaze and debauchery, complete with a substantial list of fabulous cocktails, vintage erotica and a buzz of funk and soul tunes. Get yourself a cocktail, park yourself in one of their booths and try your best to chat up some of those girls on the vintage telephones that are conveniently dotted around.

Science & Industry @ Cane & Grain
You’re enjoying a massive plate of some of the best ribs you’ve ever eaten, and your chin, fingers and shirt is coated in a sloppy layer of BBQ sauce as you go to town on your food. As you glance up you notice someone pull the wall away and disappear through a secret doorway. You quickly finish your ribs, pay the bill and head on up through the doorway to Science & Industry – a super-spiffy speakeasy specialising in innovative cocktail creations and the attempt to push the boundaries of scientific and molecular mixology. This may all sound rather complicated but the lay man can expect a big selection of mental cocktails, mixed up and devised in their own back-room laboratory – giving you some crazy flavours and odd sensory experiences with every sip.

The Washhouse
You’ve spilt beetroot juice all over your new Frankie Says Relax t-shirt and so you quickly run down to the local laundrette on Shudehill to get it cleaned up before you head on over to an 80’s party at Tiger Tiger. As you enter you notice that they don’t have many machines and it’s a bit quiet, but screw it – desperate times and all that. Unfortunately none of the machines work, and as you frustratingly scramble around with your packet of Bold, you realise that a young couple with trendy haircuts have walked in, picked up a phone and then disappeared through a door on the wall disguised as a dryer. Well, this is The Washhouse – a speakeasy bar disguised as a laundrette – offering a range of cocktails and fizz in a small, comfortable environment packed with trendy peeps and modern songs. To enter you will need to book on the phone – otherwise instead of impressing your date you’ll just look like a right knob.

Dusk til Pawn
You’ve had a bit of financial difficulty recently and have managed to slip your Nan’s ring off her hand and into your pocket while she was sleeping. If only you could get that bloody thing pawned you can head on out this weekend with the girls – it’s Sarah’s birthday after all. Apparently there’s a pawn shop on Stevenson Square, but as you enter, you realise that it’s a bloody bar and not a pawn shop at all! Well, it’s Dusk til Pawn and although the exterior is set up to look like a shop, the interior is very much a buzzing bar complete with a great jukebox, loads of cocktails and a great selection of craft ales. They also have a fantastic selection of whiskeys and bourbons, so you can probably have one of the best Old Fashions in town here. You’ll just have to secretly slip your Nan’s ring back on her finger and think of another way to scrape 50 quid together. 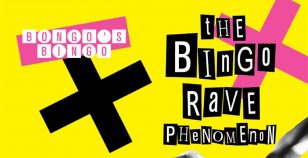 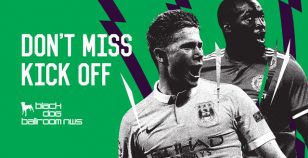