Going to NQ64 with friends and winning every game is one of the best things to do with your time...

…and if you’re going to win, then you best choose the best games in which to do it. Here we present the most enjoyable 2-6 player games at the three NQ64 locations in Manchester. 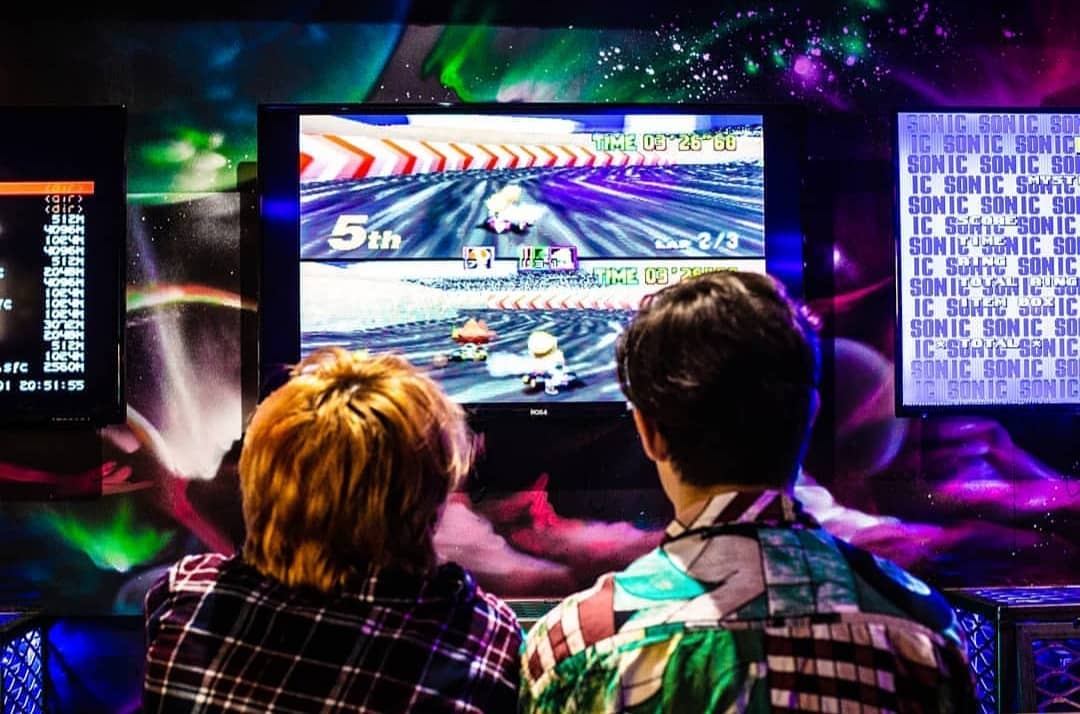 Mario Kart
SNES & NQ64 Northern Quarter, Arcade & SNES & N64 Peter Street, GameCube DogBowl & Northern Quarter
Each NQ64 will feature a few different versions of Mario Kart, be it the original SNES version, the excellent ‘Double Dash’ on the GameCube or the extremely rare (in the UK anyway) Mario Kart GP – a full sit-down arcade karting experience on Peter Street. All the usual rules and tactics apply – just throw a load of shit at your opponents, drift and don’t fall off the side.

HOW TO WIN – Learn how to power slide and use it ALL THE TIME. Choose Koopa. Play at home so that you can compete in every track with your eyes closed. 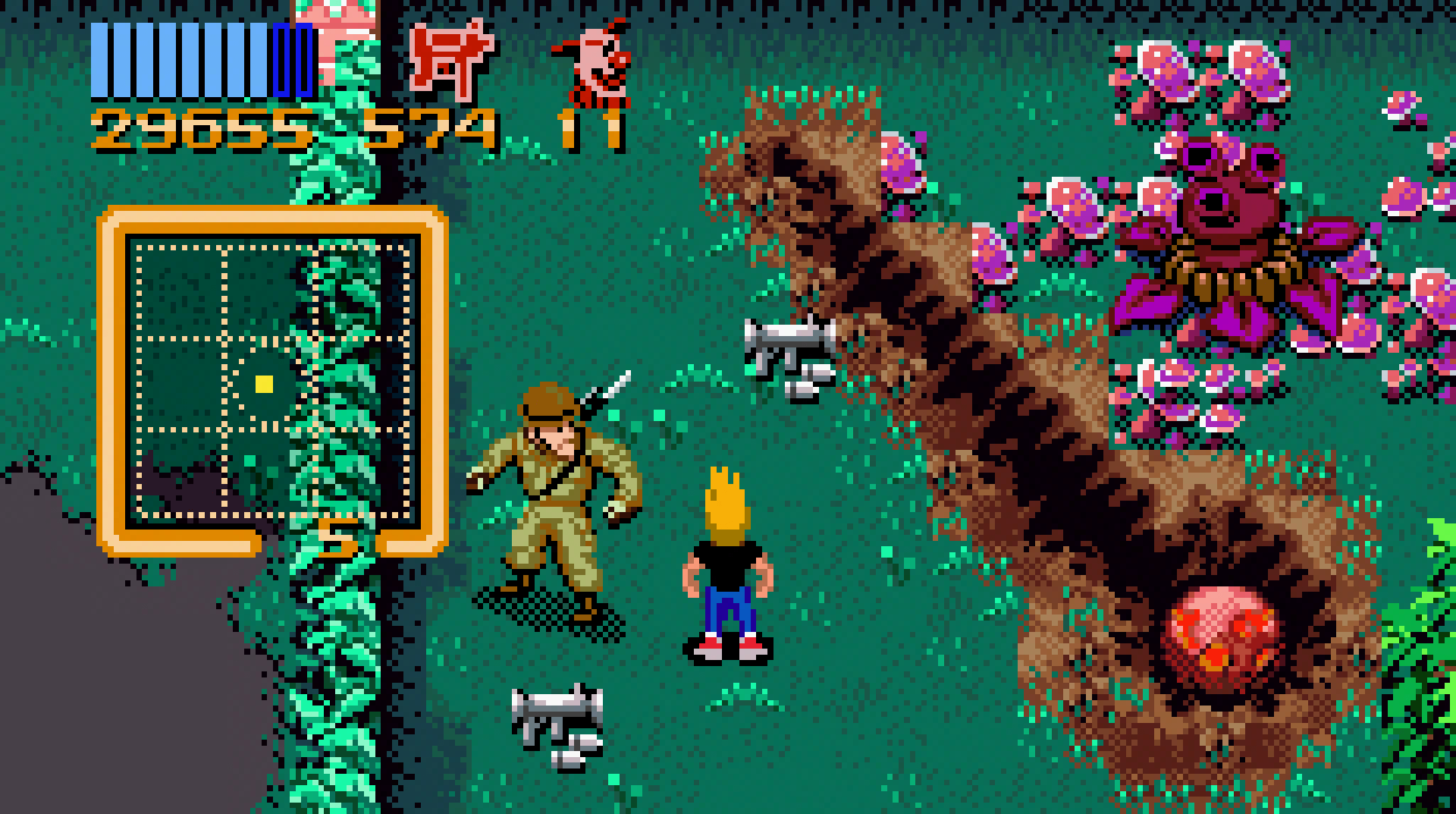 Zombies Ate My Neighbours
SNES & Mega Drive Peter Street & Northern Quarter
The story of zombies invading middle class USA suburbia and the two children who need to save their neighbours using water guns and cans of fizzy pop. This two player game on the SNES or Mega Drive demands that you play together to jump though everyone’s back yards, avoid zombies and save your neighbours.

HOW TO WIN – Use the map on the screen and if in doubt – run away. 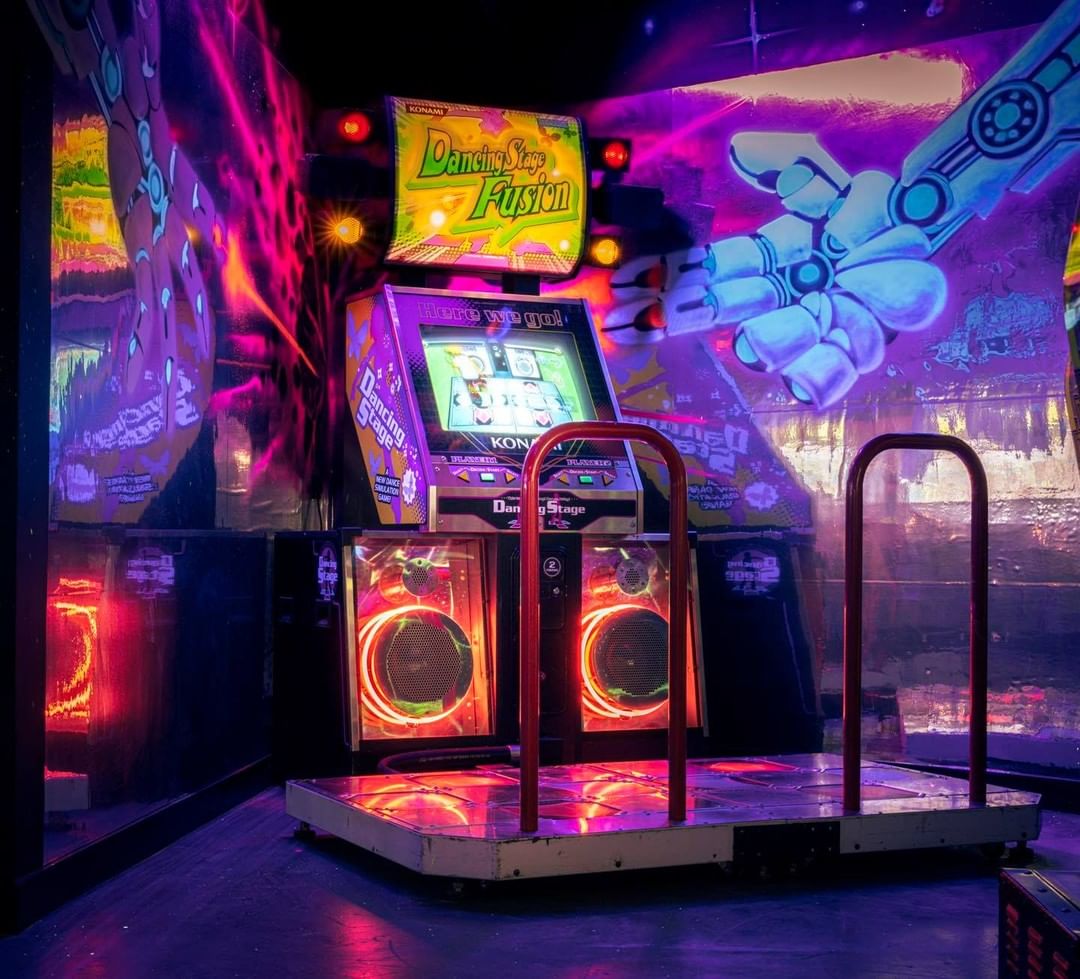 Dance Stage Euromix
Arcade, Peter Street & Northern Quarter
The ultimate in two player gaming experiences, ‘the dancing game’ is SO much fun – especially after a couple of those infamous NQ64 cocktails. It’s very simple – all you need to do is push your foot on the correct pad at the correct time to the music. Yeah, simple but very very hard – especially if you haven’t done any exercise in about 6 months. Get good at this though and you’ll impress everyone around you and become a true legend of NQ64. 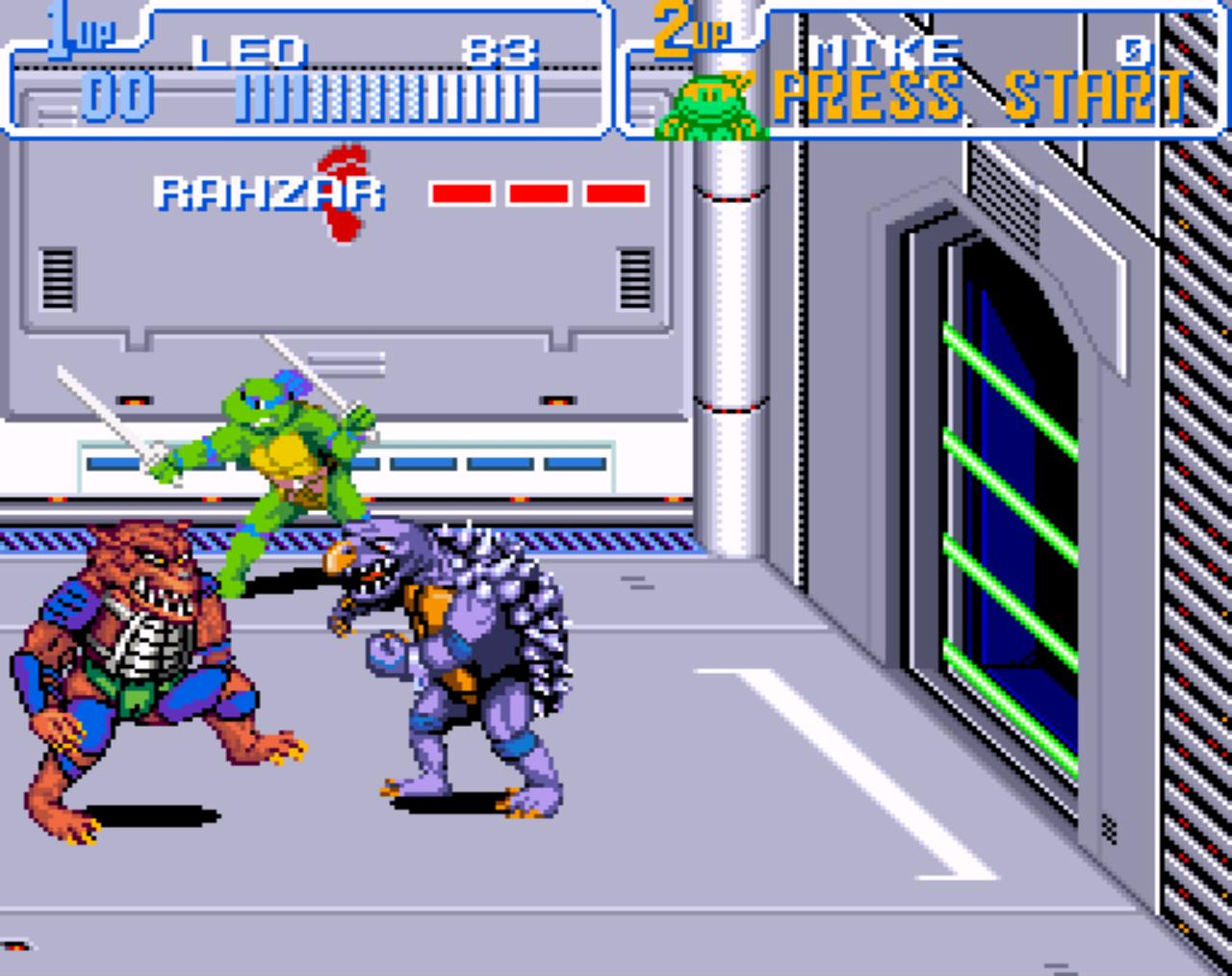 Turtles in Time
Arcade Peter Street, SNES Peter Street & Northern Quarter
One of the best side-scrolling beat ’em ups known to man, Turtles in Time can be played either on the arcade or on the brilliant SNES version. No prior knowledge of the 90s Turtles cartoon is needed, but if you’ve ever seen it – it’ll make the whole experience a lot more interesting. It’s bloody hard though – when in doubt – button bash to within an inch of your life.

HOW TO WIN – Pick either Leonardo or Michelangelo – their weapons are the longest. Oh and make sure you learn how to throw the baddies early on – it becomes valuable later on. 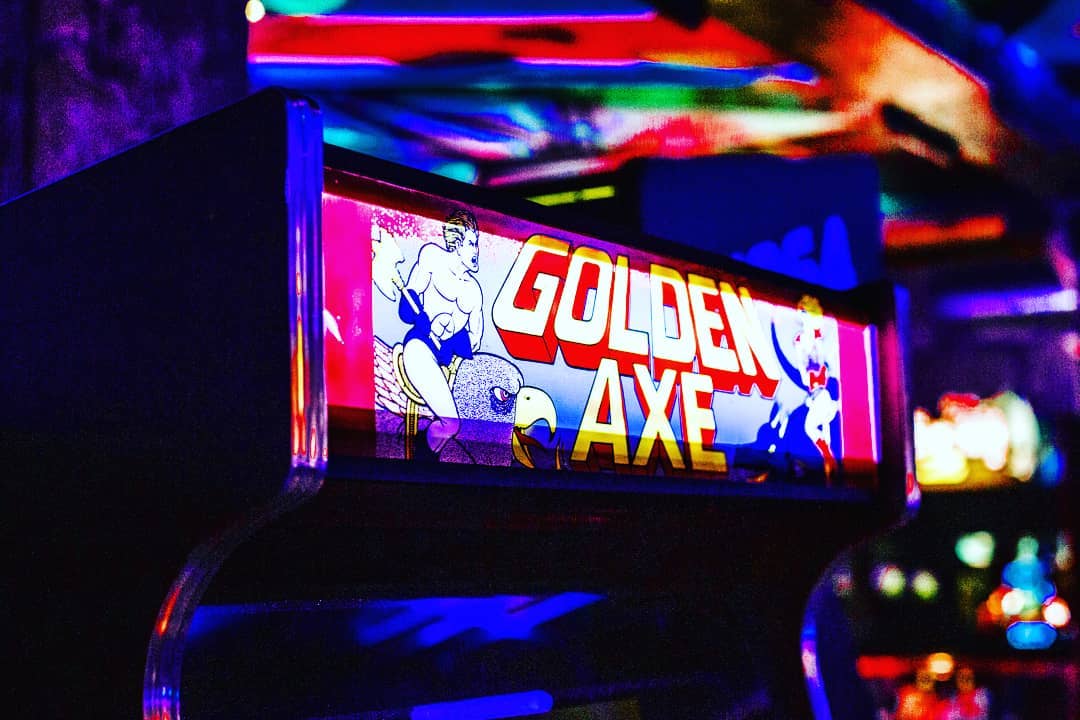 Golden Axe
Arcade Northern Quarter & Peter Street
One of the world’s most famous games of all time, Golden Axe is a side-scrolling beat ’em up set in a world on the back of a massive turtle (or so I seem to recall). The ability to ride dragons and weird lizard creatures really adds to the experience, and that dwarf is easily the best character to play as. If you’re not instantly annoyed by those little blue shits carrying magic within the first few minutes then you must have the patience of a saint.

HOW TO WIN – Golden Axe is hard. There’s not much advice I can give you except to keep throwing those tokens into the machine until you reach the end. The arcade version is much shorter than the later SNES and Mega Drive versions – so you’ll be okay. 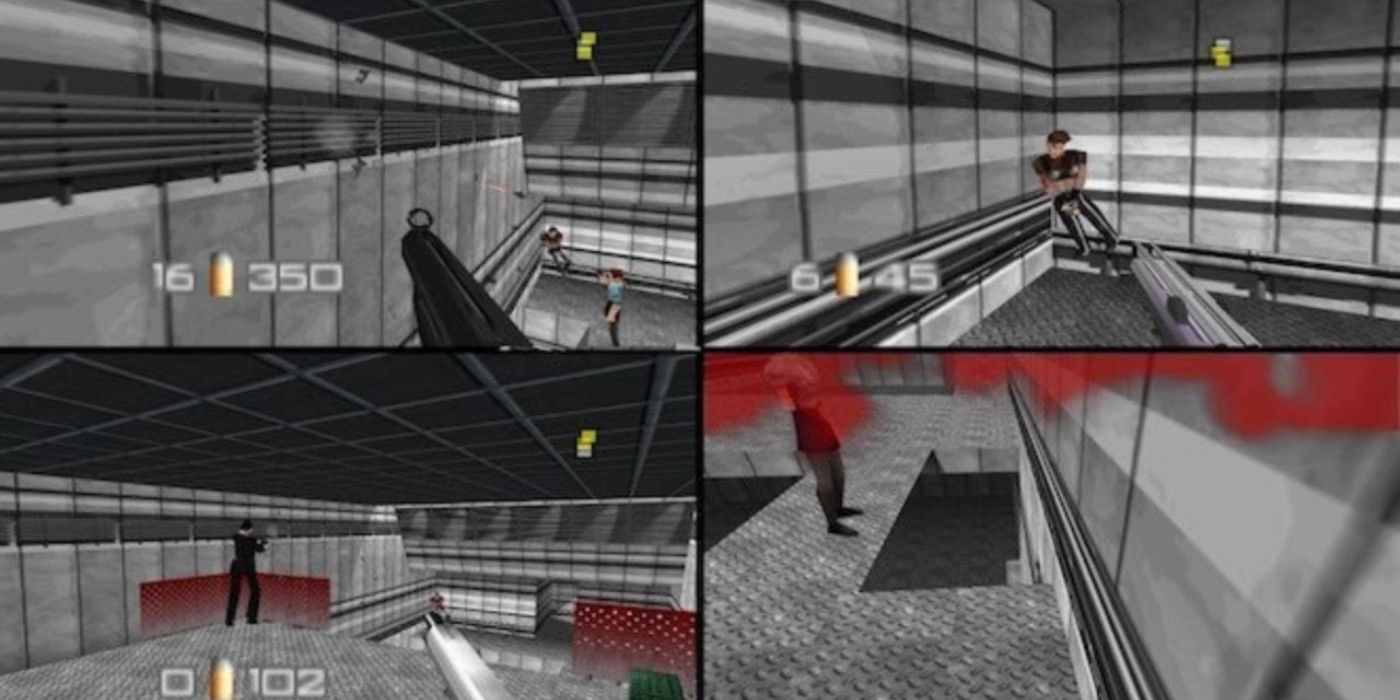 GoldenEye
N64 Northern Quarter & Peter Street
The greatest multiplayer game of all time, GoldenEye is also one of the best games of all time, pretty much dominating most people’s thumbs throughout the 90s. The up to 4 player deathmatch is outstanding, and infuriating all at the same time, and was actually programmed by one person in the very late stages of the game’s development. Go for proximity mines and watch everyone’s anger boil right up.

HOW TO WIN – You could go for OddJob but that’s cheating. Instead, just always keep running and use the crouch A LOT and you’ll win every time. 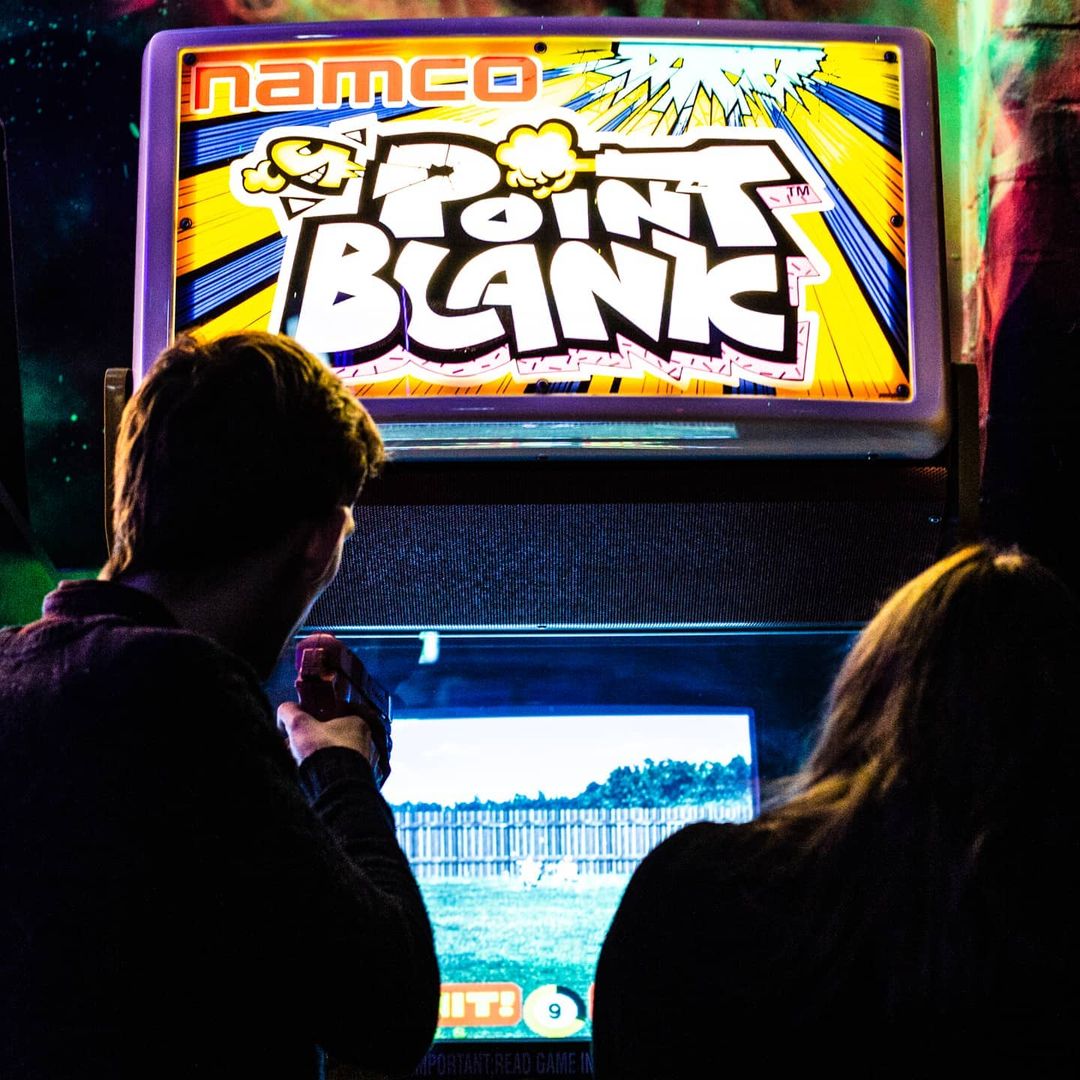 Point Blank
Arcade Northern Quarter & Peter Street
Forget Time Crisis and House of the Dead with their flash graphics and crouching mechanisms – the best shooting game in existence is Point Blank – a series of small mini games that really test your mettle with a plastic gun. Going head-to-head with your opponent, or sometimes working together, the number of games to try is staggering – each one nuanced and with its own frustrations and charms. You’ll feel like Billy Big Bollocks when you do well though and nothing can beat that feeling.

HOW TO WIN – You win the same way you get to Carnegie Hall. Practice. 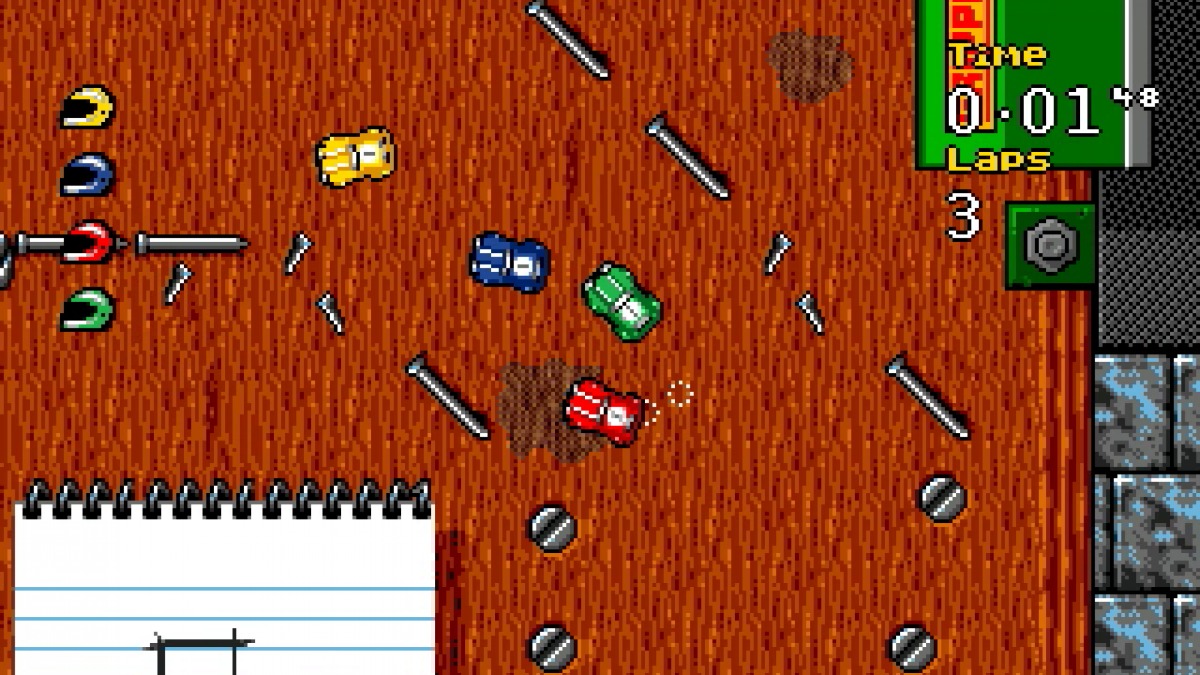 Micro Machines 2: Turbo Edition
Mega Drive Northern Quarter & Peter Street
I used to have this on my Mega Drive as a kid and it’s the game that me and my mates would go back to again and again. Micro Machines were a bit of an odd toy back in the day, I never bothered with them, but this racing game takes the concept and really runs with it. Racing boats in the bath or sports cars on a pool table is brilliant and the game is very enjoyable indeed.

HOW TO WIN – Conquer the disorientating controls and you’re all set. 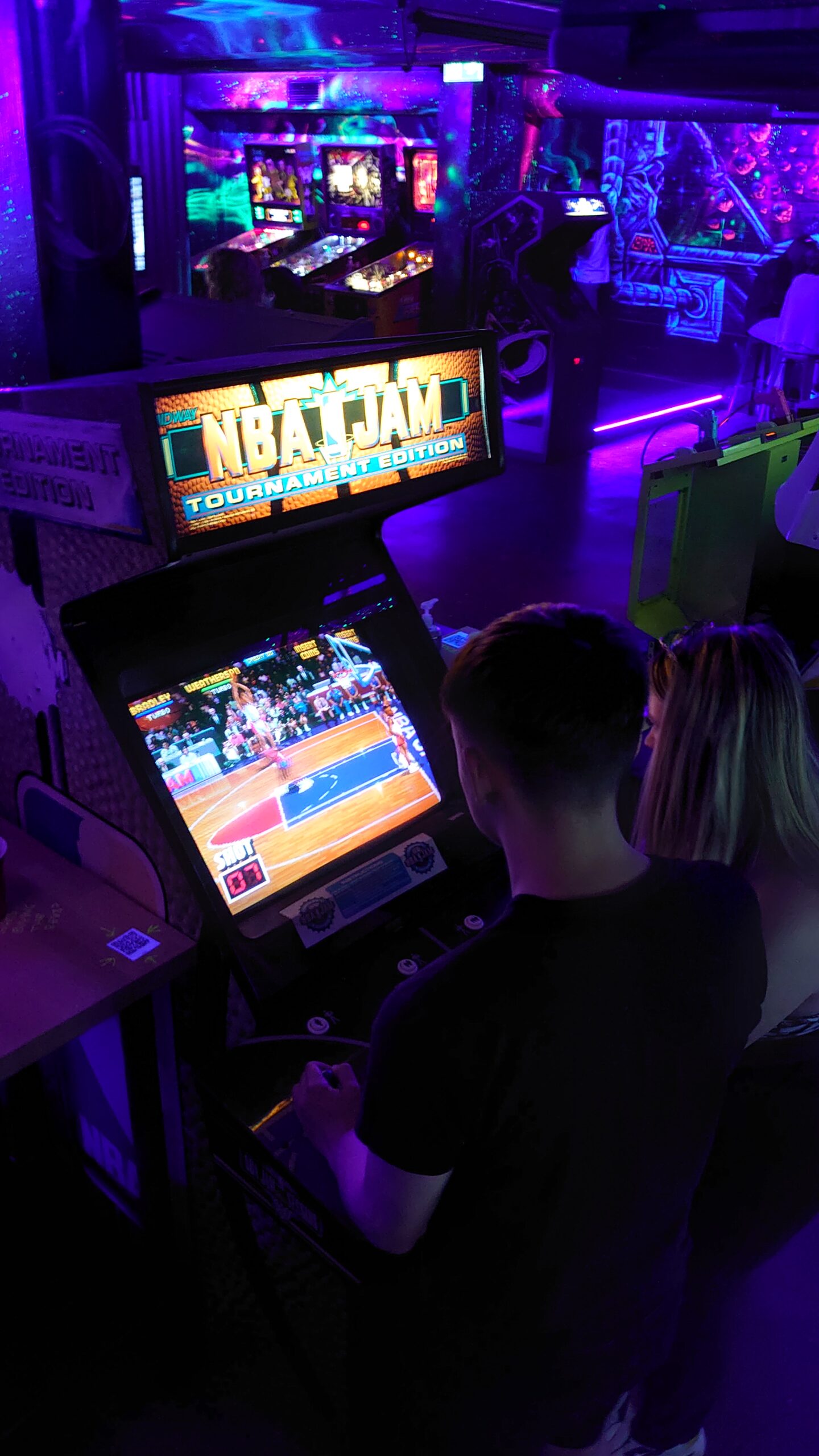 NBA Jam
Arcade Peter Street, SNES & Mega Drive Northern Quarter & Peter Street
It was a genius decision by some nerdy programmer back in the early 90s, to take the rather complicated and stop-start game of basketball and strip it back completely for one of the best arcade experiences ever. There’s only two players on each team and the energy and pace is frantic. It’s also great fun, especially when you’re winning and handing your opponent their arse.

HOW TO WIN – Shoot long and shoot often. Rebounds can be some of the easiest points you make and if you’re always shooting, you’ve always got the ball. 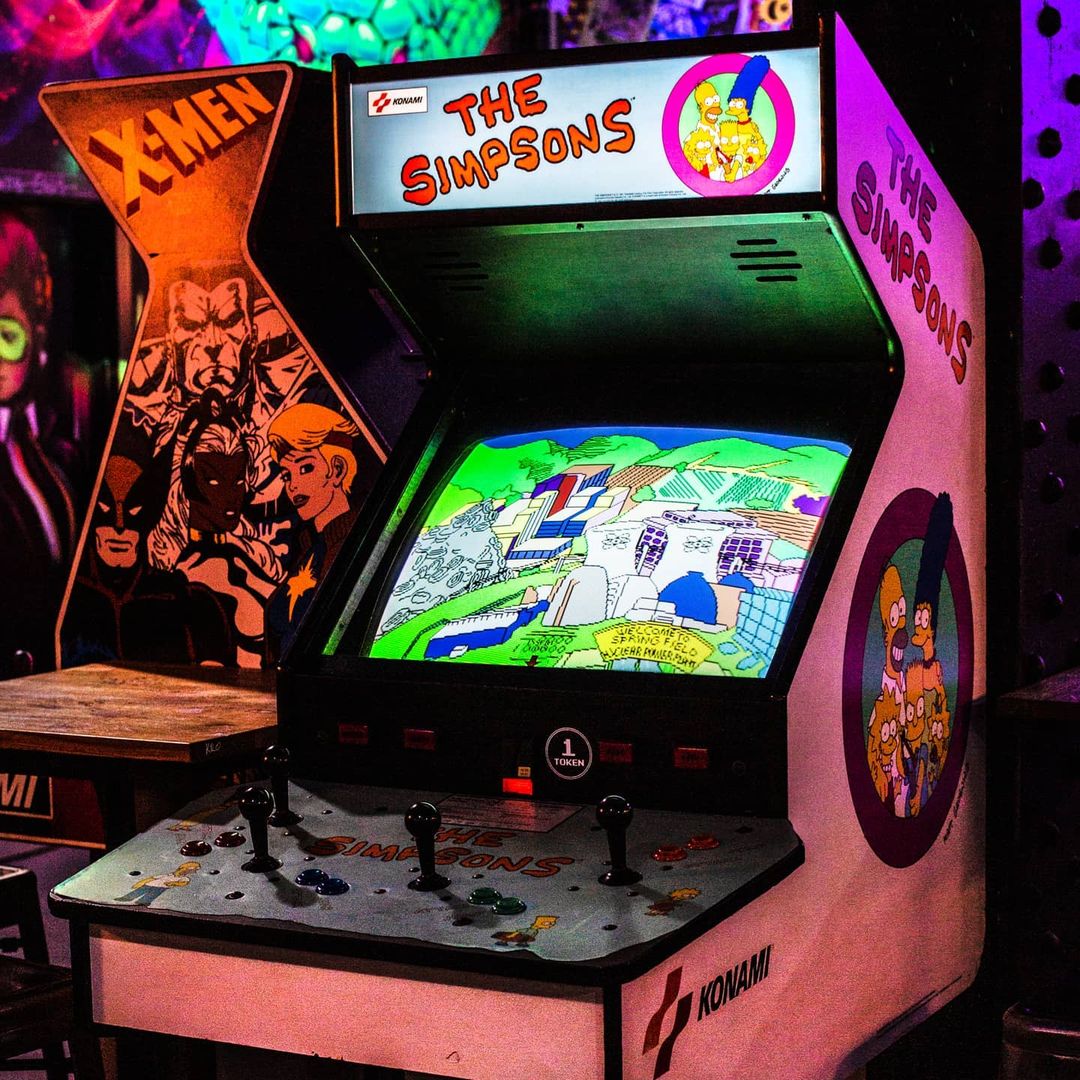 The Simpsons Arcade Game
Arcade Northern Quarter & Peter Street
An iconic side-scroller, you get to play as one of the Simpson clan, punching, kicking and, in Marge’s case – smashing blokes over the head with a vacuum cleaner – all to save Maggie from the clutches of Mr Burns. It’s all nonsense really but this is a fantastic arcade game that’s actually really, really, really hard. Don’t feel disheartened that you struggle to get past the first level – it’s almost as if this game has been designed to chew through your tokens in record time. 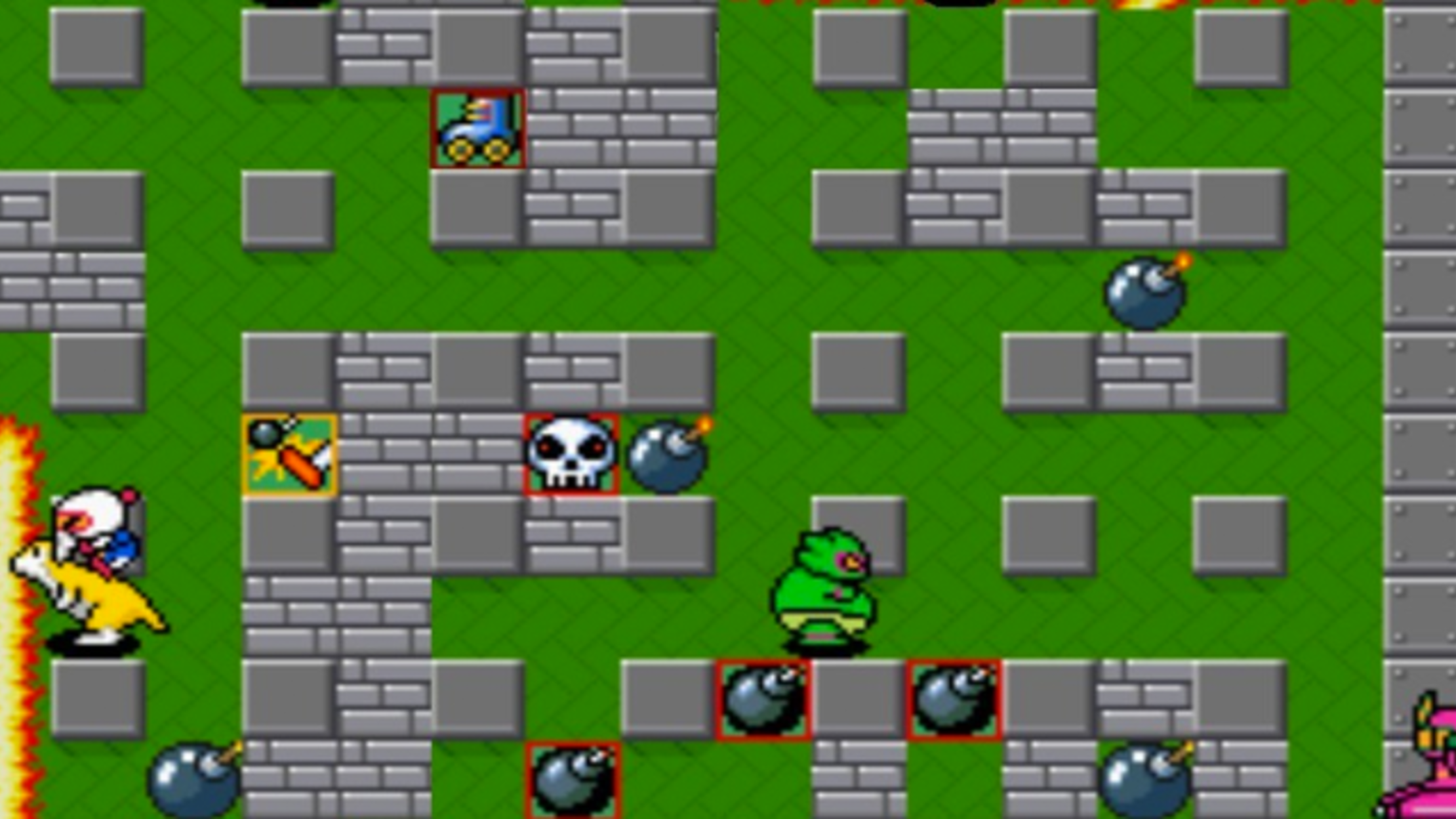 Super Bomberman
SNES Northern Quarter & Peter Street
One of the simplest and most enjoyable games of all time, Bomberman is very easy to play, but difficult to actually master. Basically you’re blowing up blocks on a maze with the aim to blow up your opponent too – who’s also trying to blow you up. Add in power-ups that make your bombs bigger and allow you to drop more and you’ve got one of the best 2 player games of all time.

HOW TO WIN – Take your time, but don’t be afraid to attack. In the early stages of each level, get as many power-ups as possible before blowing up the blocks that connect you and your opponent. 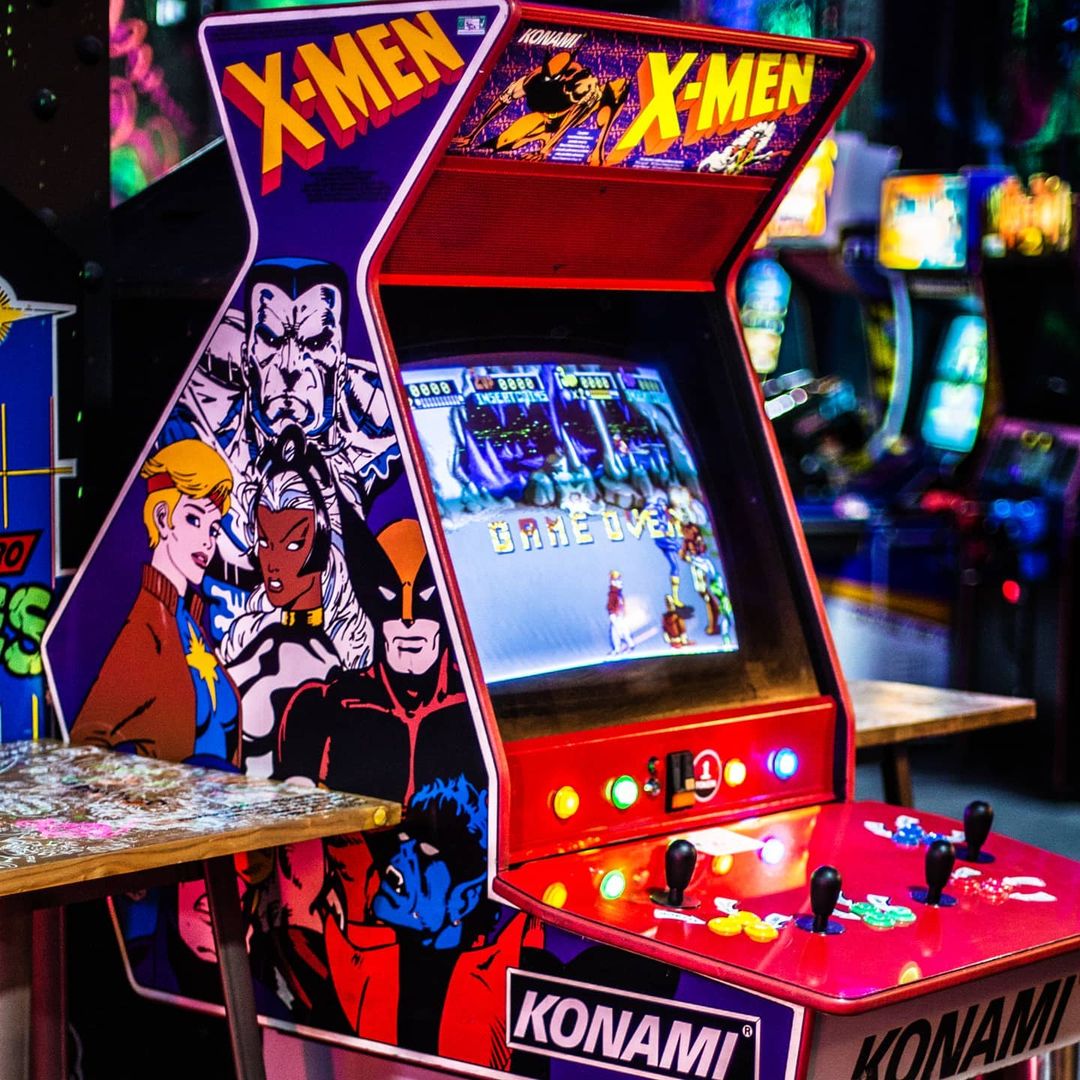 X-Men
Arcade Northern Quarter
This is a strange arcade machine. Not only does it allow for 4 players to play all at the same time, but there’s also an extra-large screen in there, presumably to fit all of the characters on. If you can find yourself 3 mates and all cram around the machine, it makes for a chaotic experience – but it’s a lot of fun too.

HOW TO WIN – Play as Nightcrawler. He’s BY FAR the best.

The Autumnal ‘Ferments & Flowers’ 3-Course Supper Club in a Brewery