Yadda Yadda, originally a temporary street food kitchen take-over at Electrik, will now become a permanent fixture on Wilbraham Road, after an incredible and unique take-on the ‘kebab’.

Luke Cowdrey and Justin Crawford’s, (aka The Unabombers), food and bar empire is truly basking in the spotlight, thanks to the continued success and ongoing evolution of Volta in Didsbury and The Refuge in Manchester.

The Kebab Man (yes Luke is famous in Sarajevo, with this title after devouring 3 kebabs in one of its authentic kebab restaurants) holds a true passion for Mediterranean, Middle Eastern, Lebanese and Persian food, and alongside Head Chef Phil Cook (Ex Volta, Head Chef Railway) have created a menu with bold, yet delicate and inspiring flavours, with a ‘no rules’ approach.

The Kebabs are crafted with handmade flatbreads made fresh everyday. Rather than some purist approach emulating the holy grail of cuisine in Persia, Yadda Yadda instead took the Persian kebab and reworked it with a disruptive vision, mixing it with a wider eclecticism of flavour.

So, whilst the menu contains classics such as Lamb Shawarma there is also Lemongrass Chicken served with piquillo pepper, cucumber raita and green harissa; the spectacular Korean Steak with gochujang miso mayo, kimchi and crispy onions; The Flatzburger; Jerk White fish with mango salsa and the vegan delight, Beetroot Bhaji to finish off the fine selection.

Alongside these bespoke handcrafted kebabs are a mezze of street food small plates continuing its vision of eclecticism and perfect balanced flavours with Keralan Fried Chicken with lime leaf mayo, Sweet and Sour Pork Belly, Crab Biryani Balls, Smoked Almond Dahl and much, much more.

This food is best enjoyed with friends, tearing and sharing, sleeves rolled up, no knife and fork required and alongside an amazing selection of craft beers and cocktails.

Offers run throughout the week and weekend include the Monday Kebab Fight– £5 Flatz Kebab’s from midday and every Friday between 5pm and 9pm will see Yadda Yadda Friday People’s Club (Y.Y.F.P.C) taking place at Electrik aimed at the after-work crowd. Fusing a food and drink offering complimentary beer, cocktail or wine with each Flatz Kebab, with a specially curated line-up of DJs.

Each DJ selected to offer something a little different from the norm, delivering sounds such as world music, Middle Eastern, afro, reggae, 1930’s swing, soul and much more. 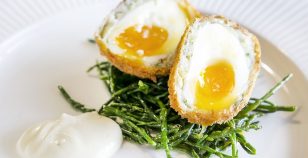