A glamorous new late night bar is set to launch in Bridge Street's Manchester Hall. Vanitas will officially open its doors on November 15th with an evening of full of entertainment.

Following the great and undeniable success of the award-winning Masons Restaurant Bar, Manchester Hall has announced the opening of Vanitas. Capitalising on its rich and varied history, drawing on the 17th-century artist genre, the name ‘Vanitas’ dwells on the symbolic themes around the inevitability of death and the transience and vanity of earthly pleasures and achievements.

The team behind Vanitas have decided to put a positive twist on history, focusing on celebrating and enjoying life. Their new tagline mirrors this perfectly, ‘Life to short, so Lets Live it!’

The interior of Vanitas will reflect the mysterious nature of the unique building, and visitors can expect array of special features, including a Vanitas branded rose petal flower wall, and a VIP champagne lounge.

‘My team and I are thrilled to be a part of such a huge and exciting project, that will be bringing a new nightlife space to the heart of Manchester in such an iconic building!’ – General Manager Manchester Hall.

The music and entertainment that Vanitas will be bringing what has been missing in Manchester for some time now. They have some of the North West’s very best DJ’s, live musicians and performers ready to take Vanitas by storm! Introducing new concepts and theatrical entertainment that sees the overall vision flow not only through the building and it’s decor, but also through its artists and performances. 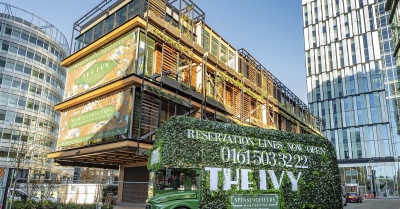