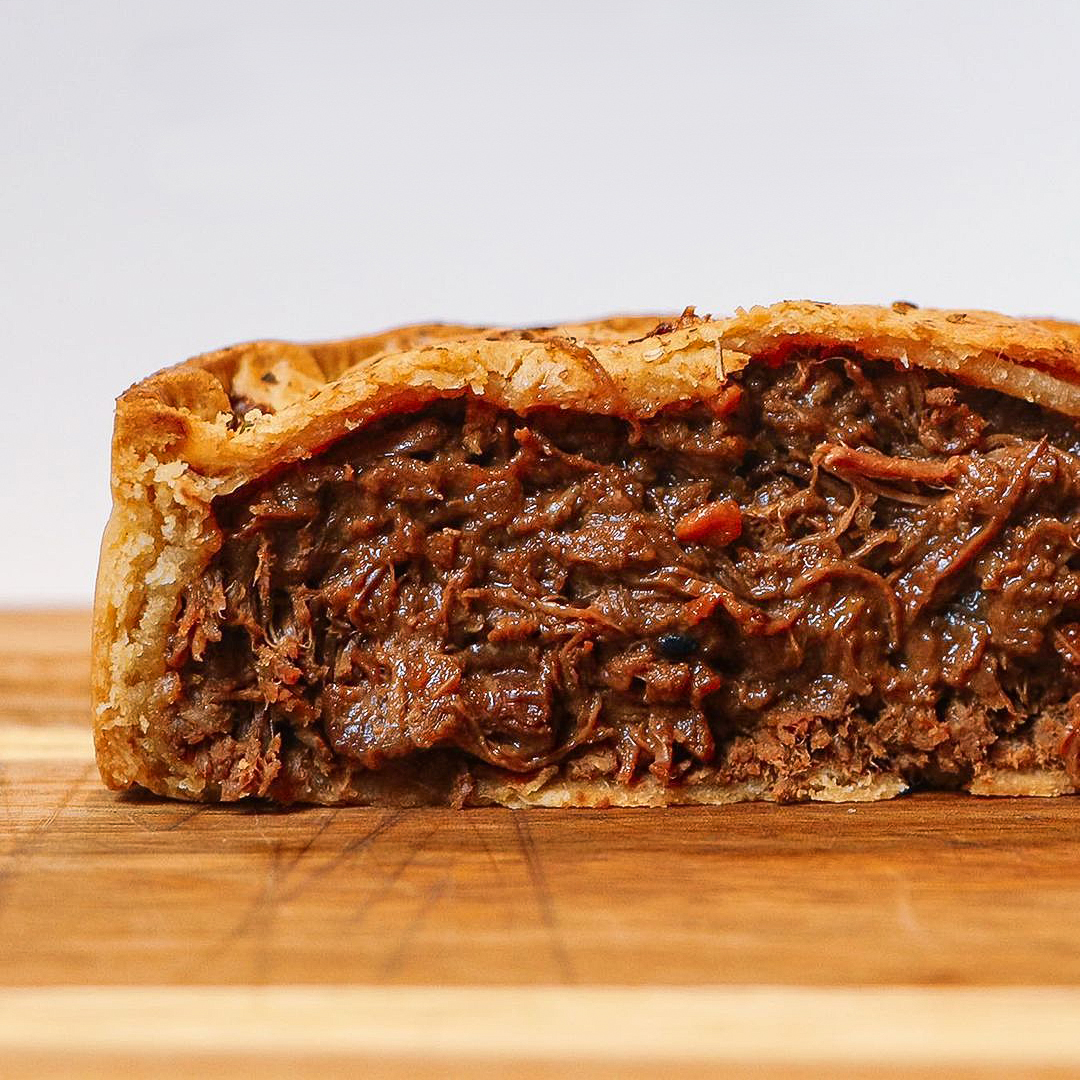 Swaledale Beef & Onion by Great North Pie Co.
Creators and bakers of some of the best pies in the land, the Great North Pie Company now offer delivery of their wonderful pastry parcels, which are all baked fresh and delivered in chilled packaging to your castle. You can get 4 Pies for £16 or 8 for £30. They also offer up a Click & Collect service from their bakery door in Wilsmlow if you live close. Pie wise, they’ve got a lovely bit of Spinach & Cheese, Cheese & Onion, Roast Chicken & Ham or Swaledale Beef & Onion. 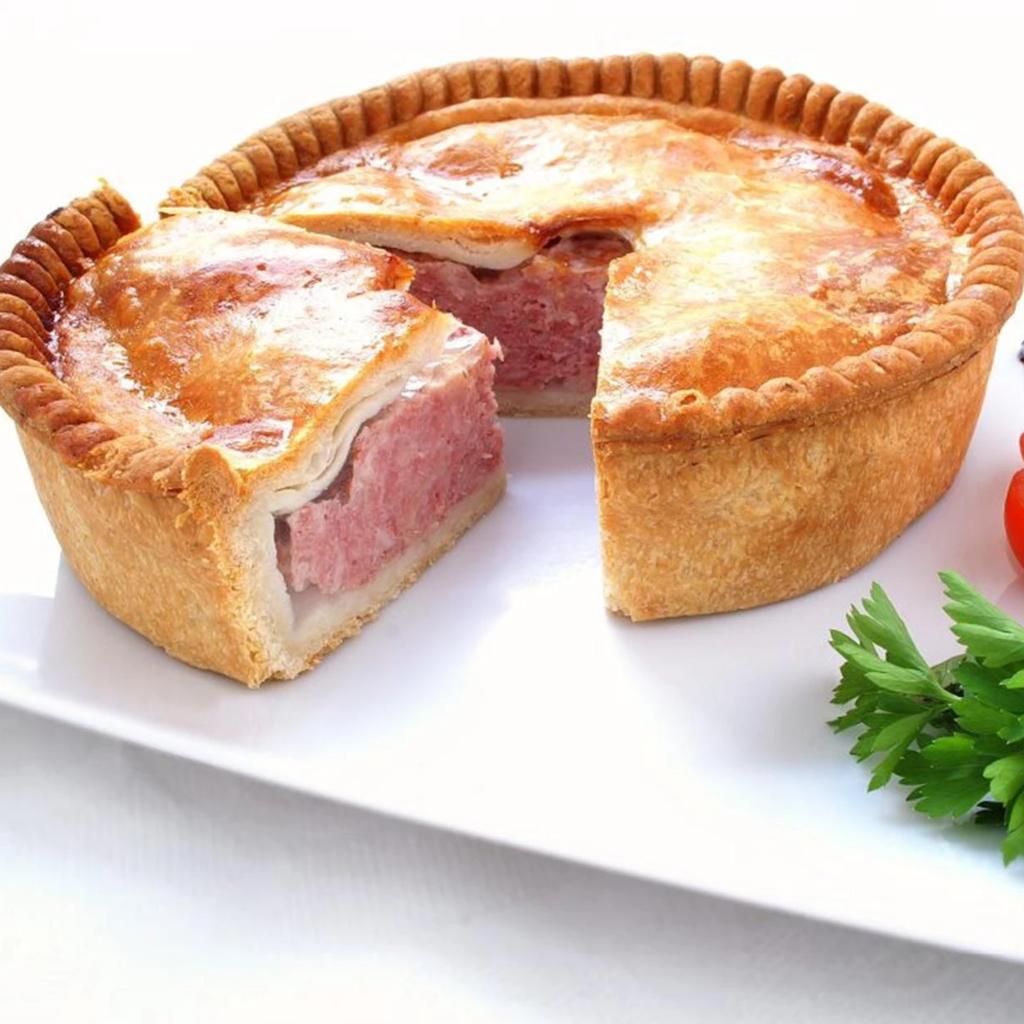 Pork Pie by Mettricks Butchers
Equally impressive is Mettricks Butchers in Glossop, a family run shop which managed to take the Pork Pie crown from Melton Mowbray last year at the British Pie Awards. They’re made using their own free-range pork, which is then seasoned to their secret recipe and then cooked in the hot water pastry. 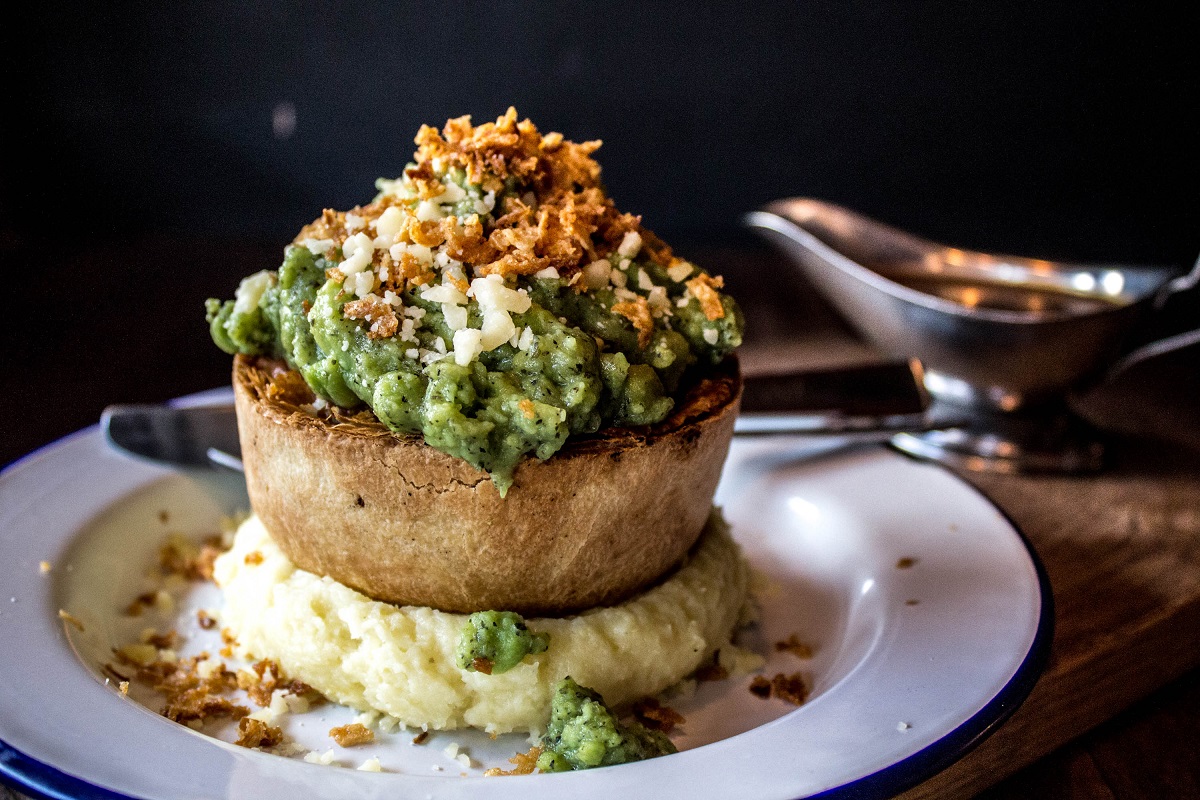 Moo & Blue ‘Mothership’ by Pieminister
Pieminister proudly claim that all of their pies are made in-house using the finest, freshest ingredients – and the second your teeth break through that pastry and the hot filling hits your tongue – you just know you’re tucking into a quality pie. Available on Deliveroo, there’s an impressive selection of pies available, including vegan and gluten free options aplenty. Personally I’ll always go for their ‘Moo & Blue’ beef and blue cheese one – and ALWAYS go ‘Mothership’. 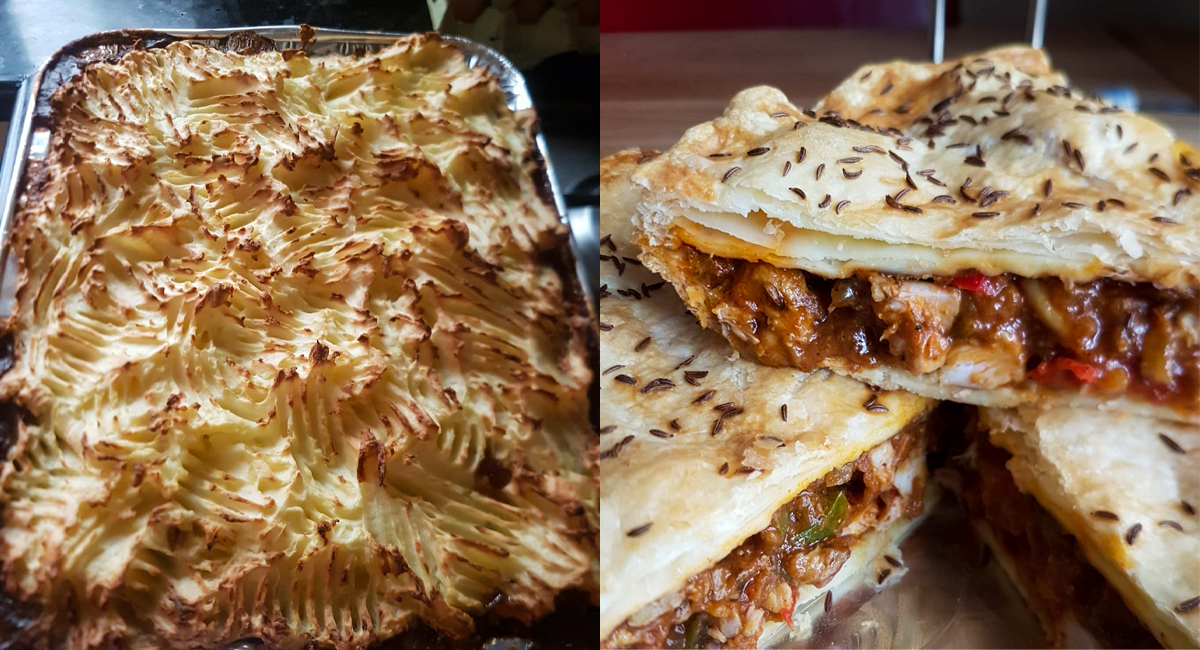 Classic Cheese & Onion by Maypole Granary
For the measly sum of 7 British Pounds you can get yourself a MASSIVE pie delivered directly to your door from this top-notch butty shop in Royton. They’re big enough to feed 4 people and there’s a choice of Cottage Pie, Meat & Potato, Cheese & Onion and a brilliant Chicken Curry Pie. Delivery will be FREE in and around Oldham, but if you’re further out – it’ll be an extra couple of quid. Go for the Cheese & Onion – it’s outstanding. 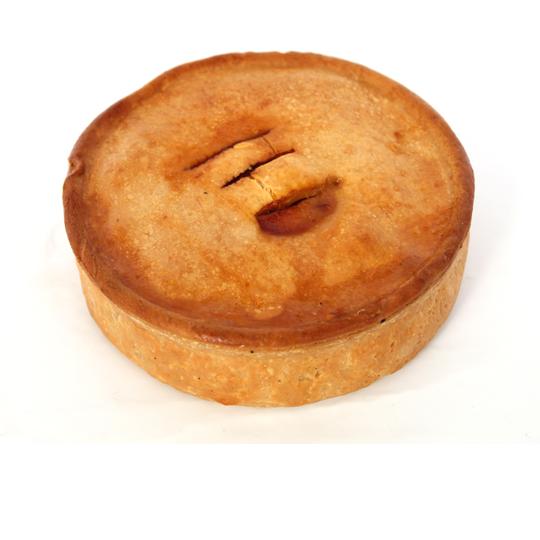 Pork & Scotch Bonnet Pie at Bradley’s Pies
The homemade pies made by Bradley’s Pies over in Ashton are truly magnificent – offering up the classic Pork Pie alongside a few variations such as their Pork & Scotch Bonnet, Pork & Stilton and Pork & Black Pudding. You can’t go wrong really, especially considering they’ve won a TON of awards in the past including the coveted ‘Best Pie after a Hangover’ presented by Ben Brown himself. 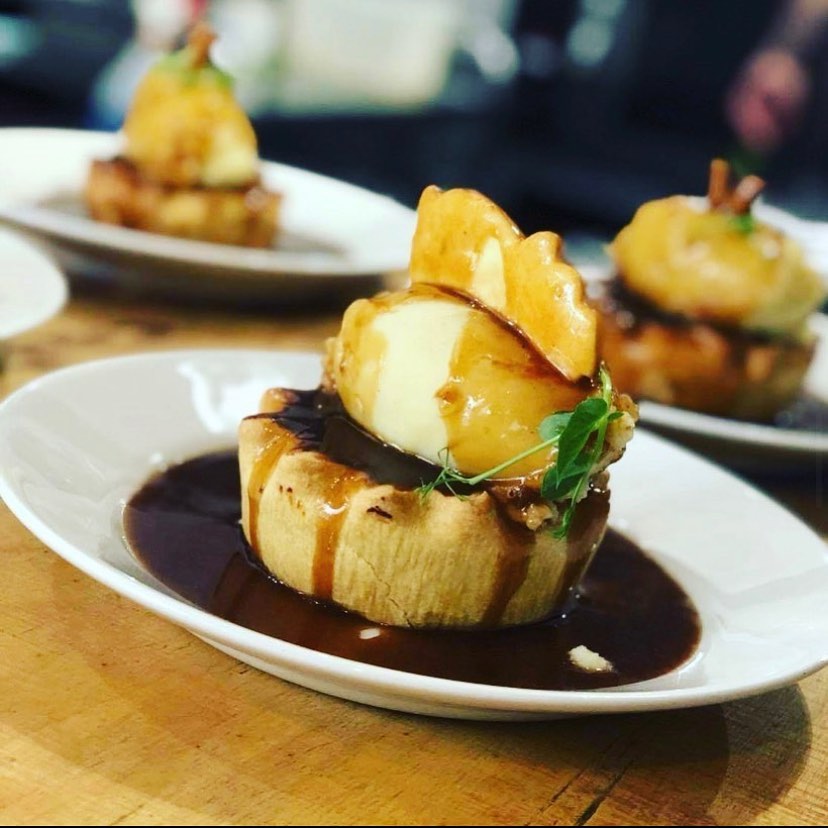 Venison & Guinness Pie by Pie & Ale
The excellent Pie & Ale, hidden away just off Lever Street in the Northern Quarter, have just launched a deliver service on Uber Eats – meaning you can get their pies anytime – straight to your front door. As you’d expect, the selection on offer is excellent, with the likes of Venison & Guinness (£12.95), Gammon & Cheddar (£11.95), Chicken Tikka Masala (£11.95) and a vegan Beetroot & Spinach Dahl (£10.95) really shining through. There’s also a selection of ‘Light Bites’ and Sides on offer too. 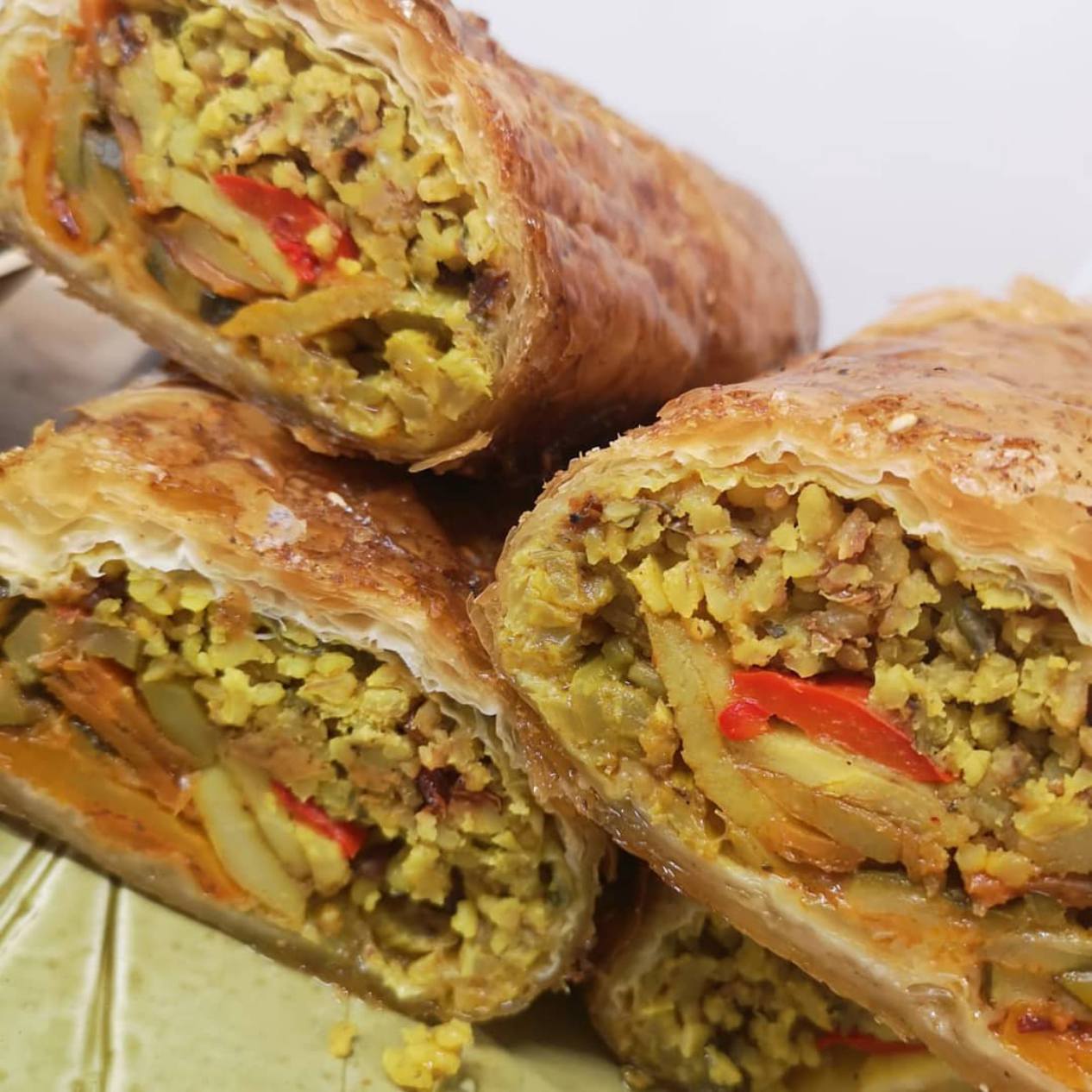 “Sexy Pie” by The Otto Men
Street food team The Otto Men have created a Mediterranean-inspired vegetarian pie, which is loaded with confit spiced vegetables, grains and fruits wrapped in fresh Armenian filo with a za’atar and pomegranate glaze. They’ve called it their ‘Sexy Pie‘ and they couldn’t be any more correct if they tried. 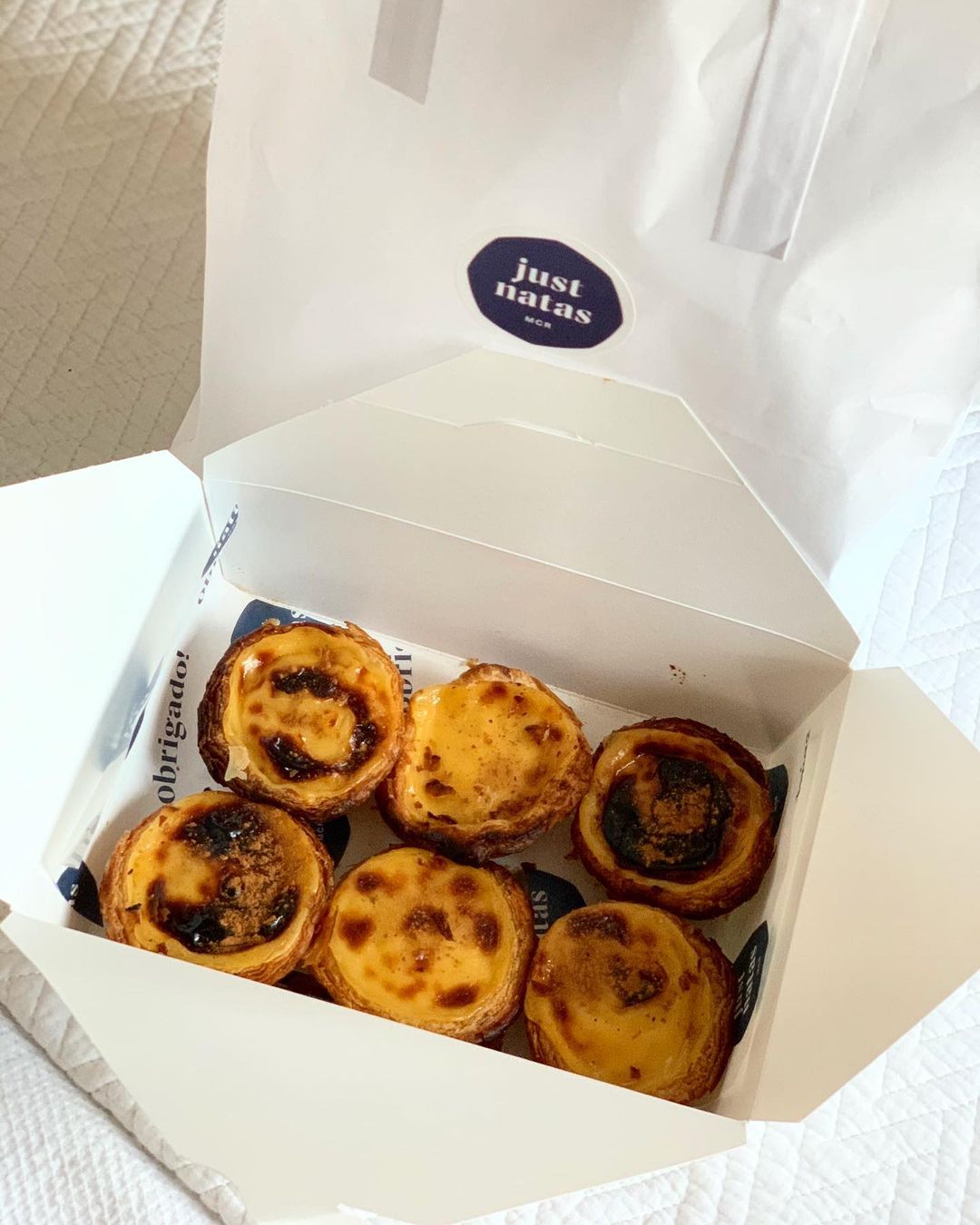 Just Natas
Some sweet-sweet pies now in the form of the truly delectable Portuguese custard tarts – Pastel de Nata. These little buggers are proper fit – so there’s no better treat to get delivered to your house than these. Just Natas do exactly what they say – Natas. You can order them in a box of 3 (£5), 6 (£10) or 16 (£28). 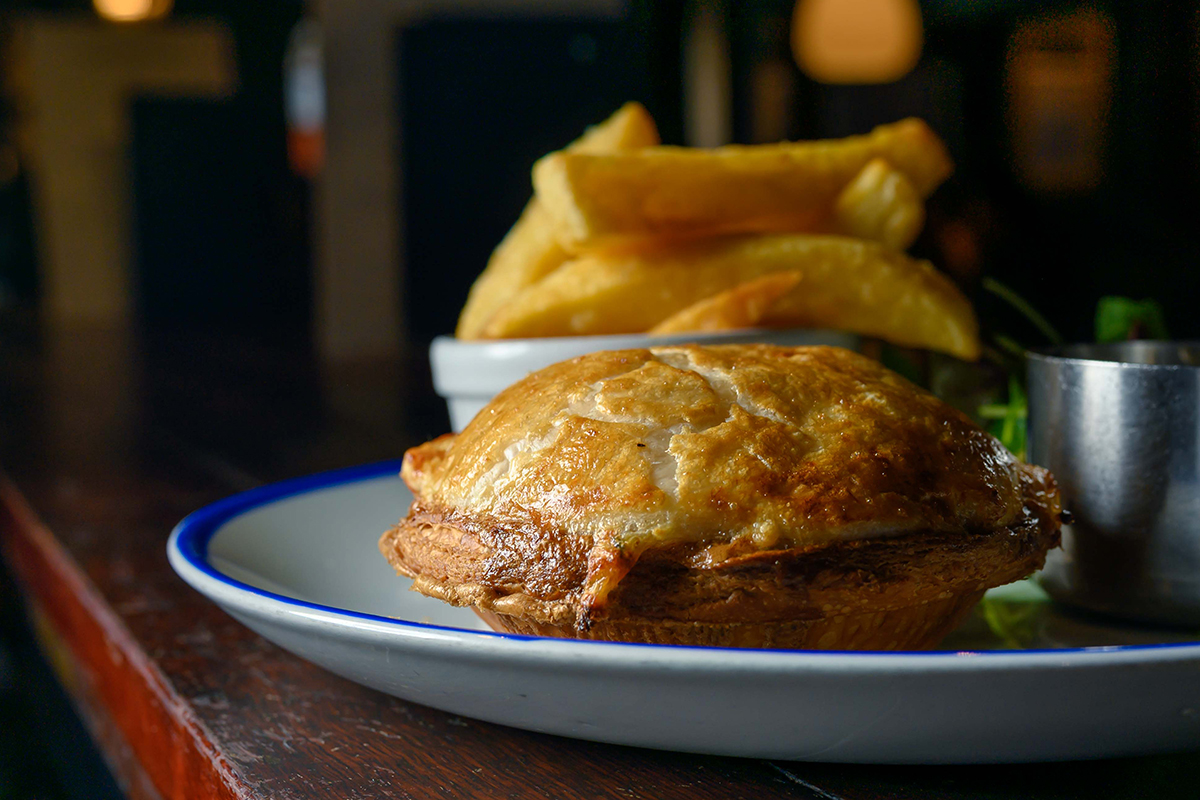 Steak & Ale at The Bay Horse Tavern
Unfortunately The Bay Horse Tavern isn’t open this week, you’ll have to wait until the 12th April to eat your pie outside I’m afraid. It’ll be well worth the wait though, paired alongside a big cold pint of lager, you can’t go wrong with one of these flaky, rich beauties – served alongside their outstanding Thrice Cooked Chips and proper gravy. 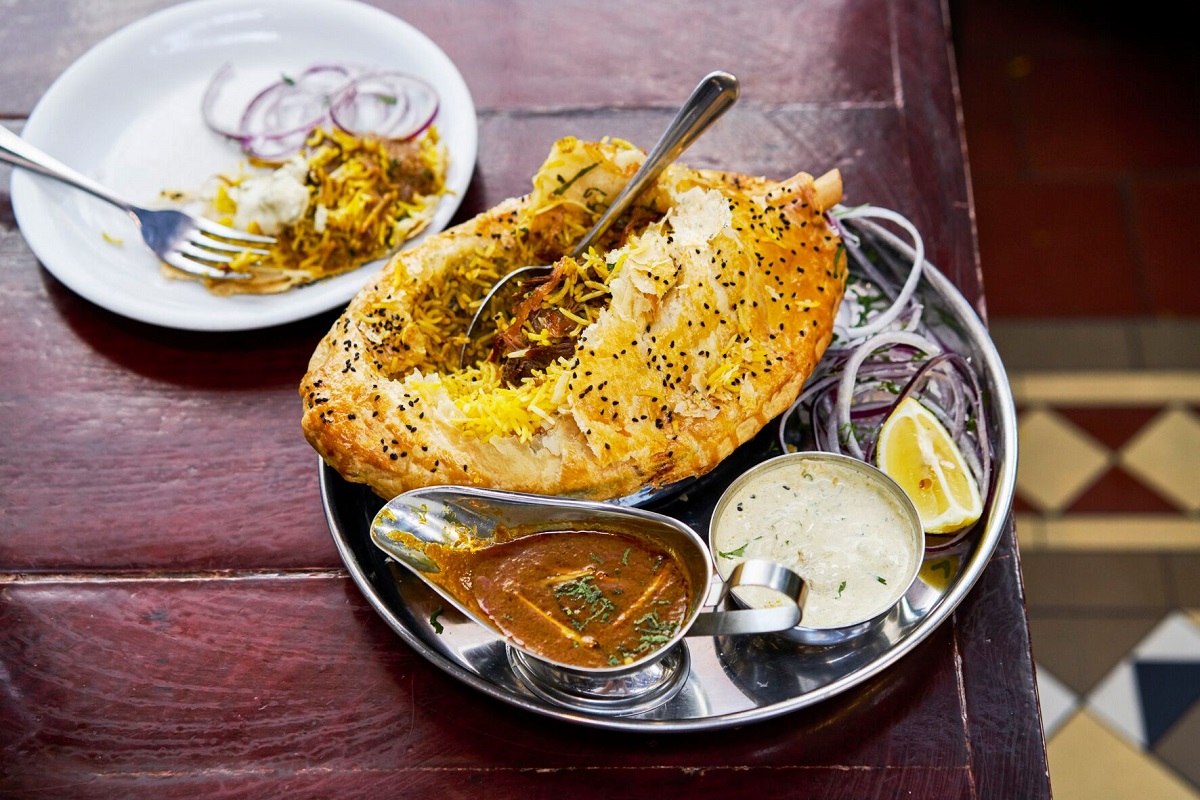 Nalli Nihari Biryani at Dishoom
No guide to pies would be complete without mentioning Dishoom’s Manchester-only dish – the Nalli Nihari Biryani. They get a huge lamb shank, cook it until it’s literally falling off the bone, add layers of rice and caramelised onions and put it all under a puff pastry ‘blanket’. Is it a ‘proper’ pie? No, not really. Well, yeah it probably is. I don’t know – but I do know that it’s bloody gorgeous

“Imagine the Dance” as HOMOELECTRIC return to Hidden this June!