Many of you from Old Trafford will know all about Marsei's...

… because that place, set in a shipping container on a car wash on Kings Road, well, it was amazing. 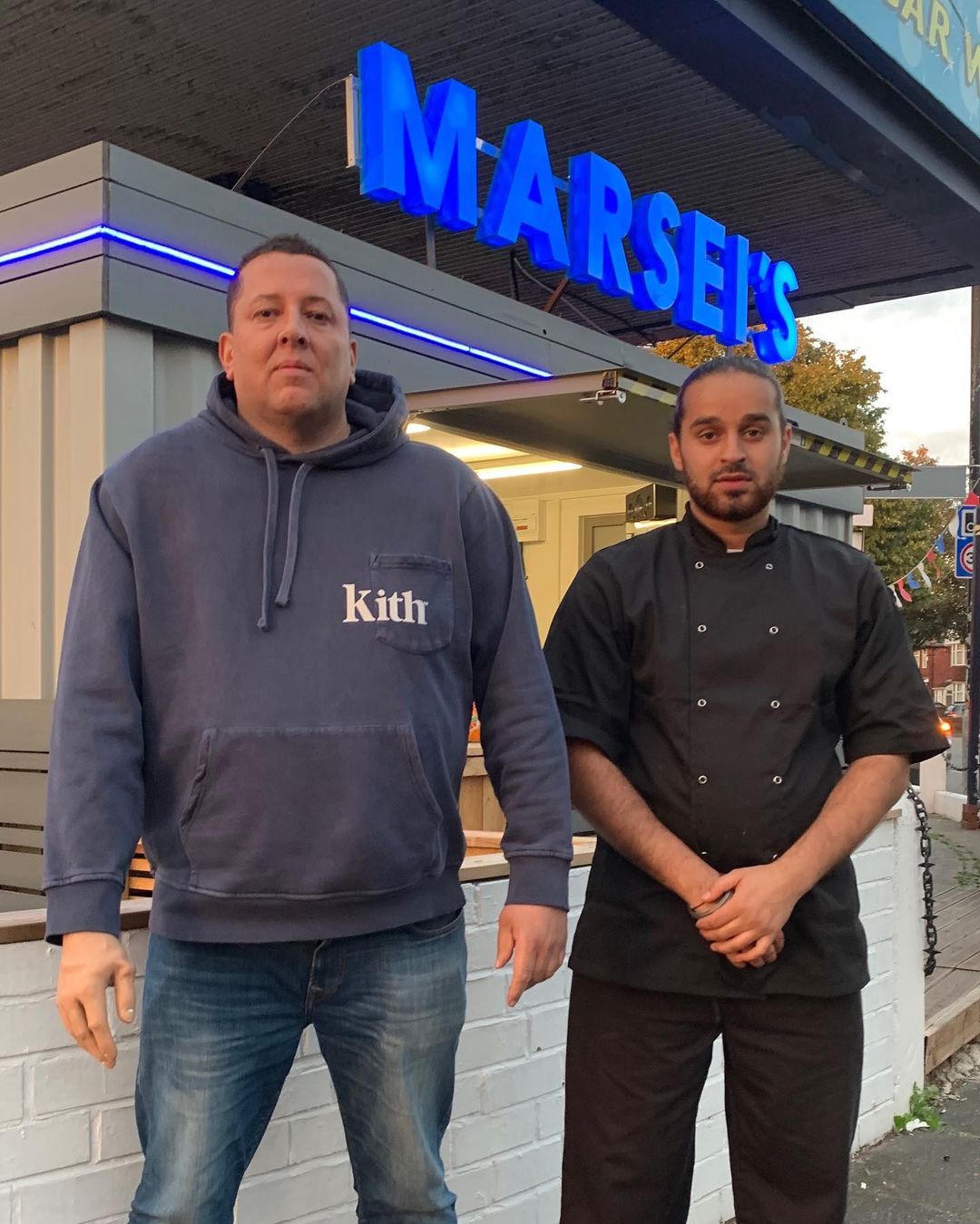 Serving up a selection of Indian-Caribbean fusion dishes, including charcoal-cooked Tandoori and Caribbean Jerk Chicken, and not forgetting those absolutely sublime chicken wings which were quite possibly the best in the entire city.

Well, fear not – because the chicken wings and meat is still on the menu, but Marsei’s is now WHIPP’N’ – a ‘charcoal and churros’ venue serving up the same banging jerk chicken, but also freshly made Spanish churros and gelato – with everything made from scratch. 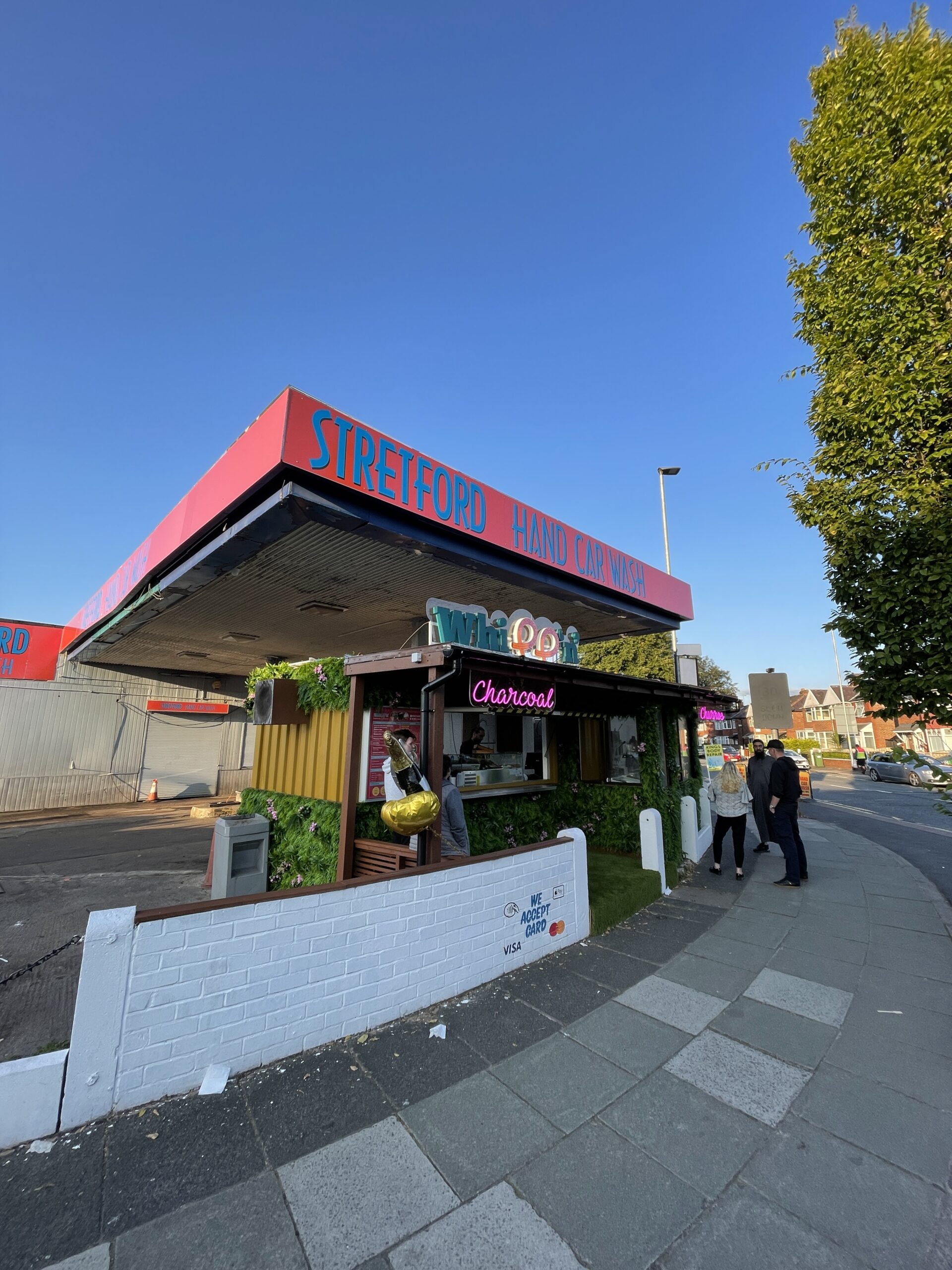 Marsei’s was the brainchild of owner Deiago whom, after working in several different kitchens across the city, got the opportunity to open in Old Trafford in a friend’s trailer.

“People have always mentioned that I needed to open my own place up so, when the opportunity presented itself at the end of 2019, I just thought that when my little boy is born, I’d love to be working in my own place so he can grow up watching his dad grafting away.” 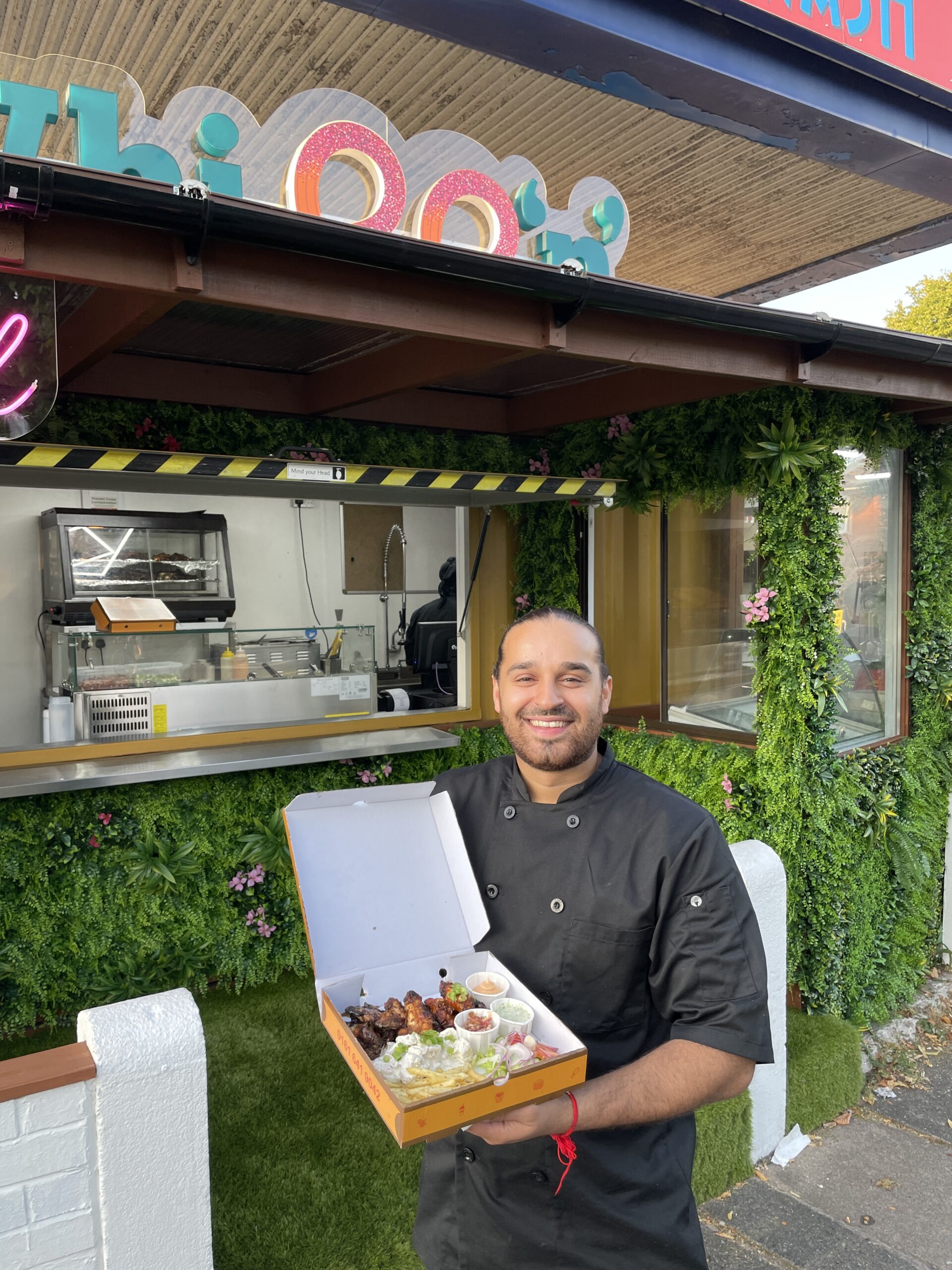 “I had the money put together at the time so I decided to take a leap of faith and go for it. I decided to name the shop Marsei’s after my little boy because, at the end of the day, he was who I was doing it all for.”

After a short while (of absolutely smashing it), they managed to get their hands on a shipping container from Liverpool Docks, which was plonked down in the car wash and converted into a proper commercial kitchen. 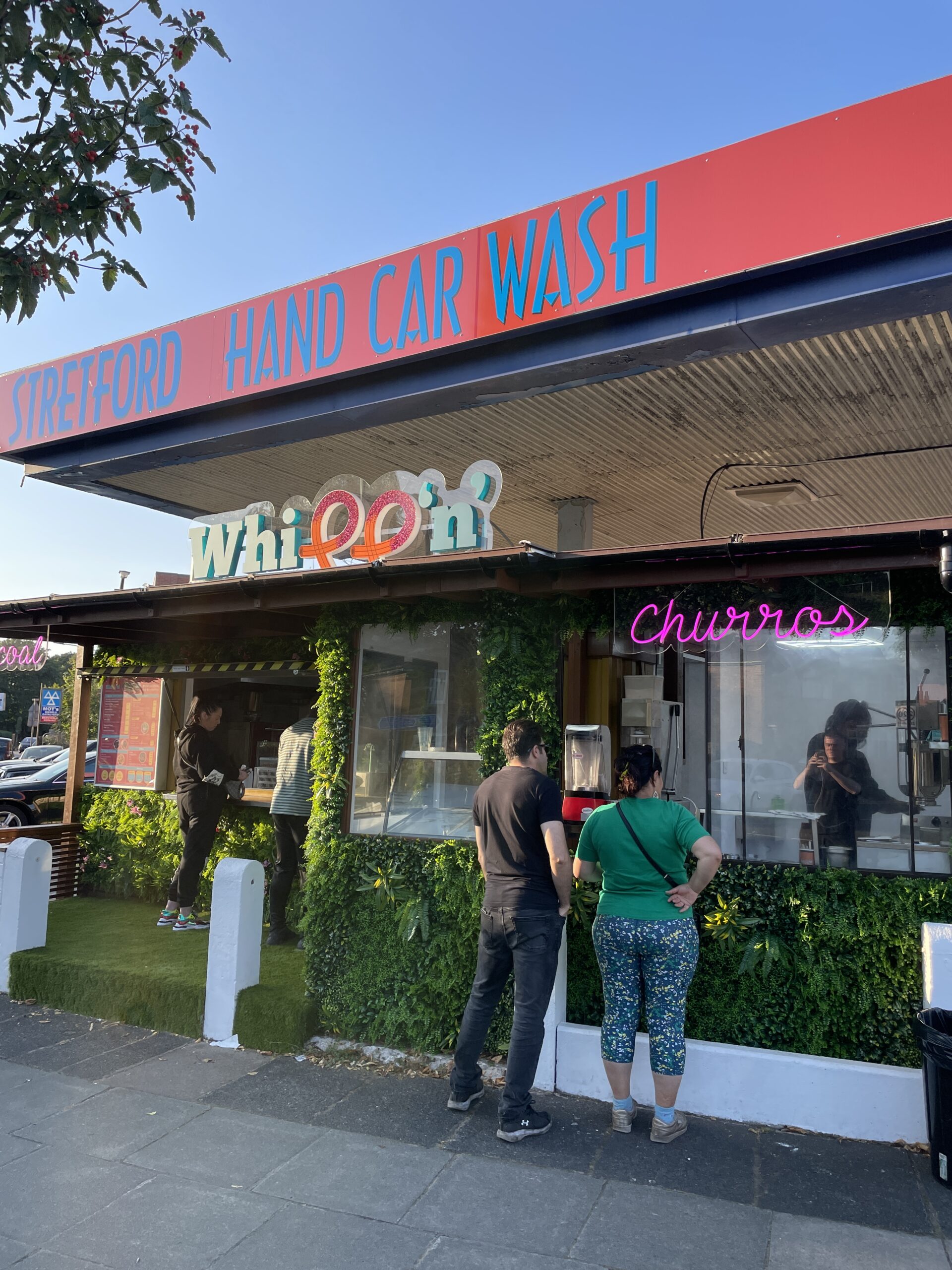 To say that Marsei’s was popular during lockdown is a huge understatement – with four people working flat out every single day, making fresh food from scratch for hundreds of customers to takeaway or just eat on the side of the road in the sun!

So, what’s the story behind Whipp’N?

Well, after a couple of mates proposed opening up a dessert shop, and a little trip to Spain where churros were well and truly enjoyed – ‘Whipp’n Charcoal and Churros’ was born. 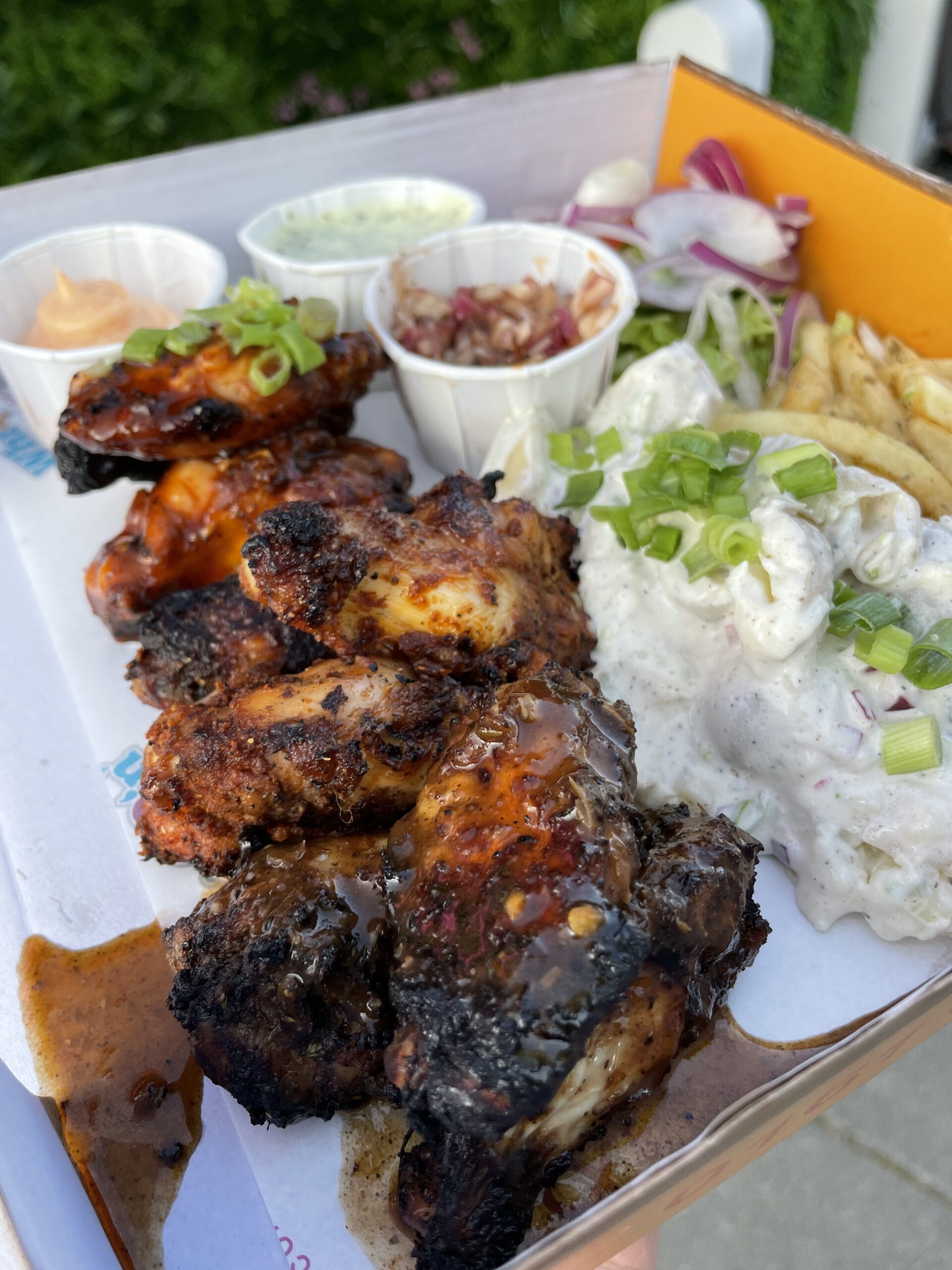 “Elements of Marsei’s remain, such as the charcoal cooked punjabi and tandoori chicken, Caribbean jerk, and the East Coast chilli chicken.” And guests can build their own ‘Charcoal meals’, choosing their own sauces, marinades and sides.

Everything is still made from scratch too, for example, for their jerk sauce they “actually boil down about fifty chickens for the stock. They’re boiled with spices for six hours and it pays off – the base for the jerk sauce is rich, and customers can’t get enough of it.” 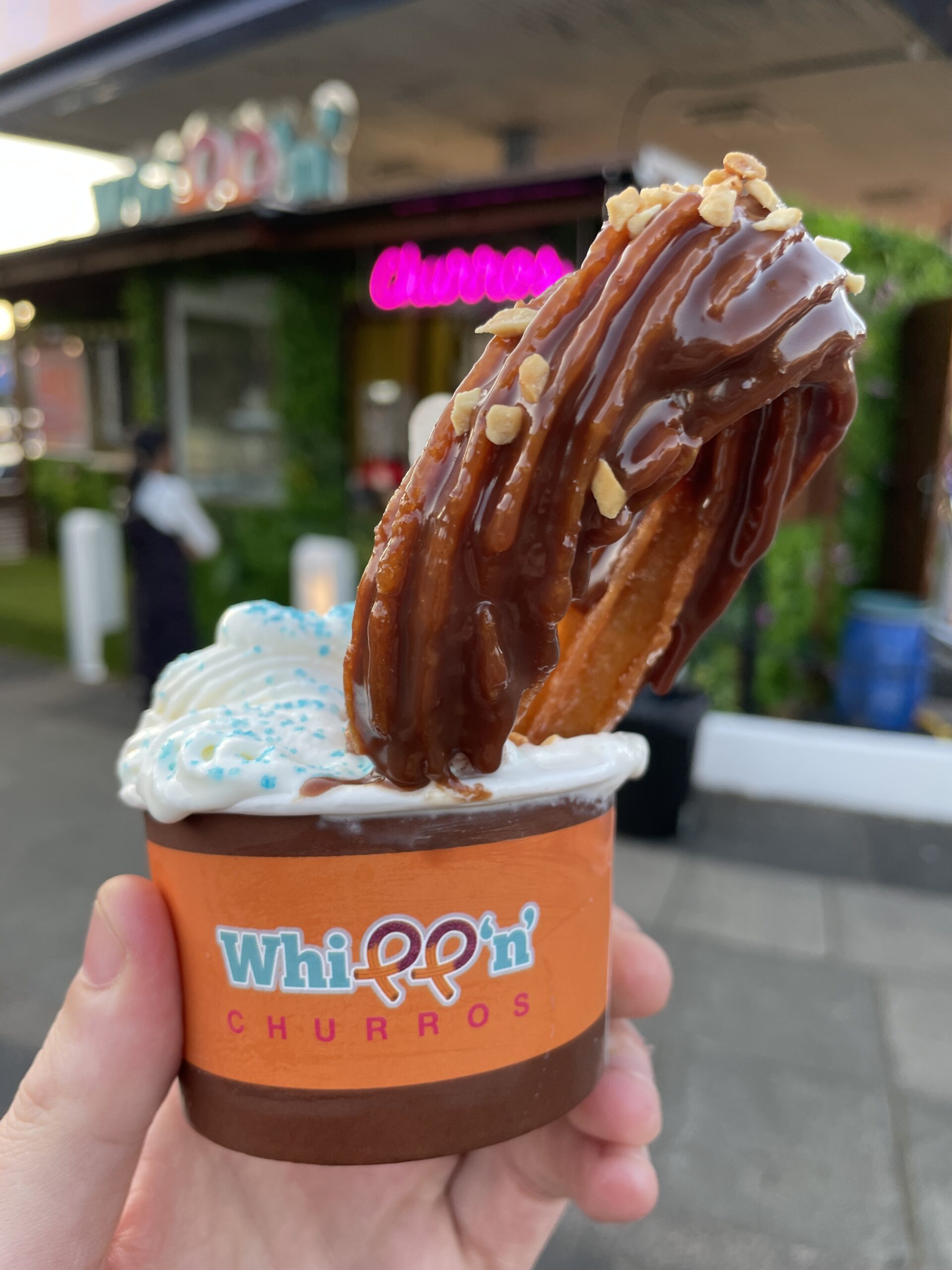 The Churros are also made in-house, using their brand-new specialist bit of equipment, and all the sauces too;

“We make our own chocolate sauces from scratch, and fry our churros fresh to order. A menu highlight is our looped churro; vanilla whipped gelato with a churro pressed in the top covered in fresh milk chocolate sauce, nibbed roasted peanuts and sherbert.” 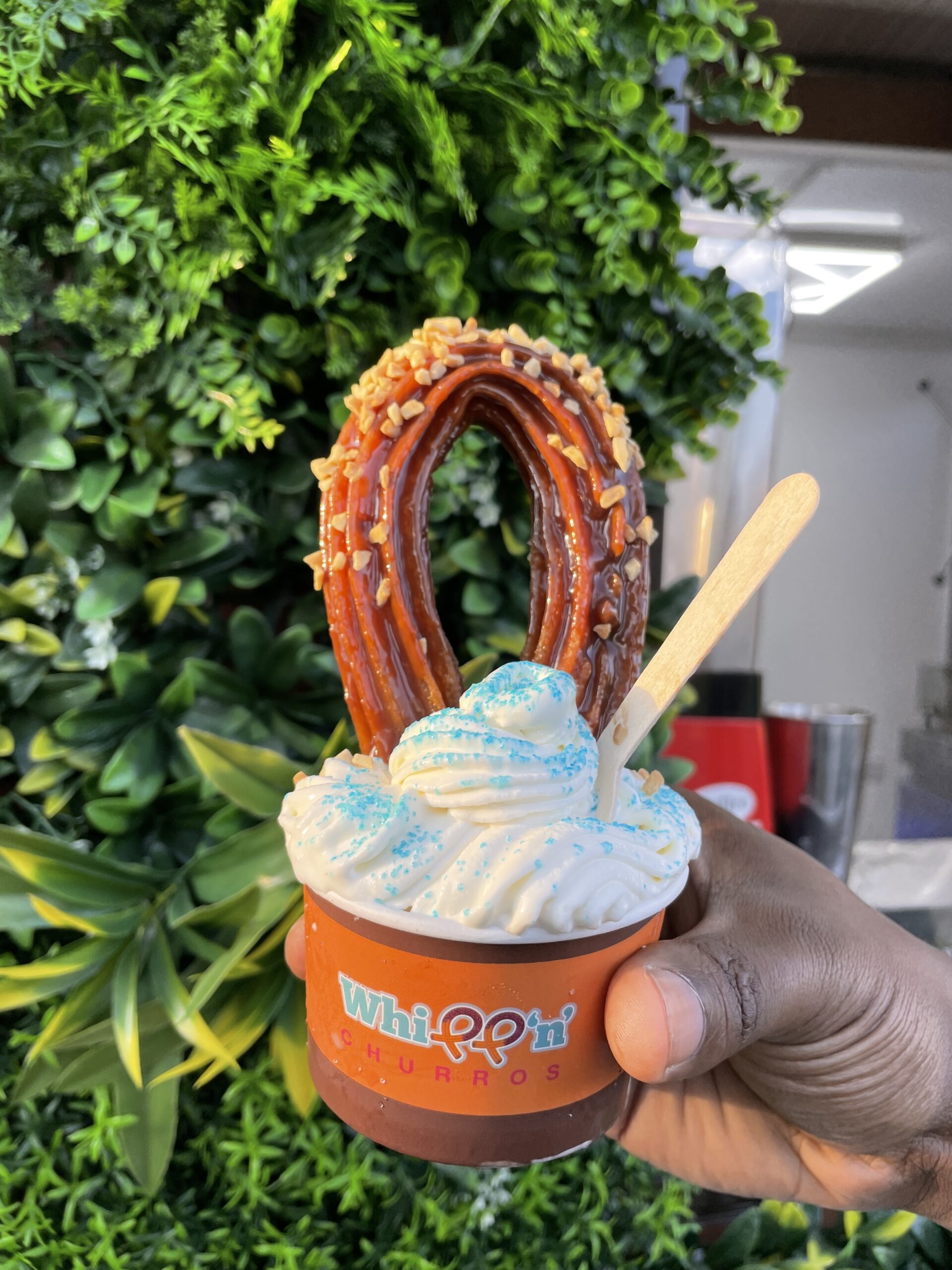 The only thing that they don’t make from scratch is the gelato, which is instead imported from Italy from an award-winning gelato maker. then put through a whipping machine to be transformed into their signature whipped gelato.

There are also plans to expand into doing world barbeque at the site, such as Korean BBQ, so that when guest arrive, they can “choose their flavour, and we’ll have a number of world barbecue options for them to choose from.”

The place looks great, and the food is, as you’d expect from the team behind Marsei’s – absolutely bloody banging! Whipp ‘n’ Charcoal & Churros can be found down Kings Road at Old Trafford and will be officially opening next week on Wednesday 1st September.