Bundobust have unveiled the opening date of their new brewery on Oxford Street... 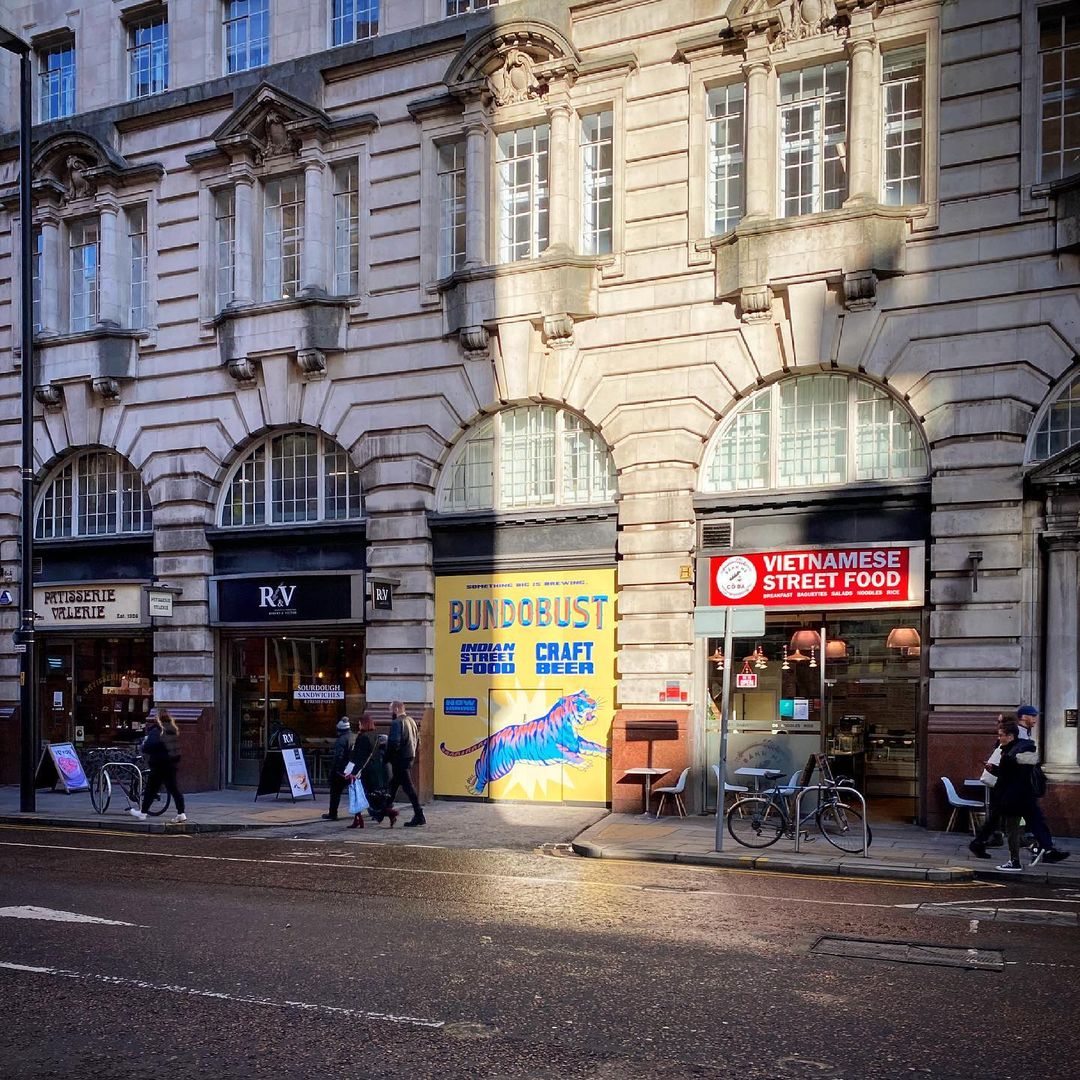 Bundobust are (finally) opening up their second Manchester venue, down in the Grade II-listed St James Building on Oxford Street, in the form of a 150-seat taproom and restaurant – within a fully-functioning brewery.

They’ll be opening their doors on Thursday 16th September at 4pm, and to celebrate they’ll be giving away the first 200 pints for FREE (*with the purchase of food).

Already well-known for its discerning taste in craft beers and an iconic line up of collaborations with internationally renowned breweries, Bundobust now has the facility to brew its very own, right on site. 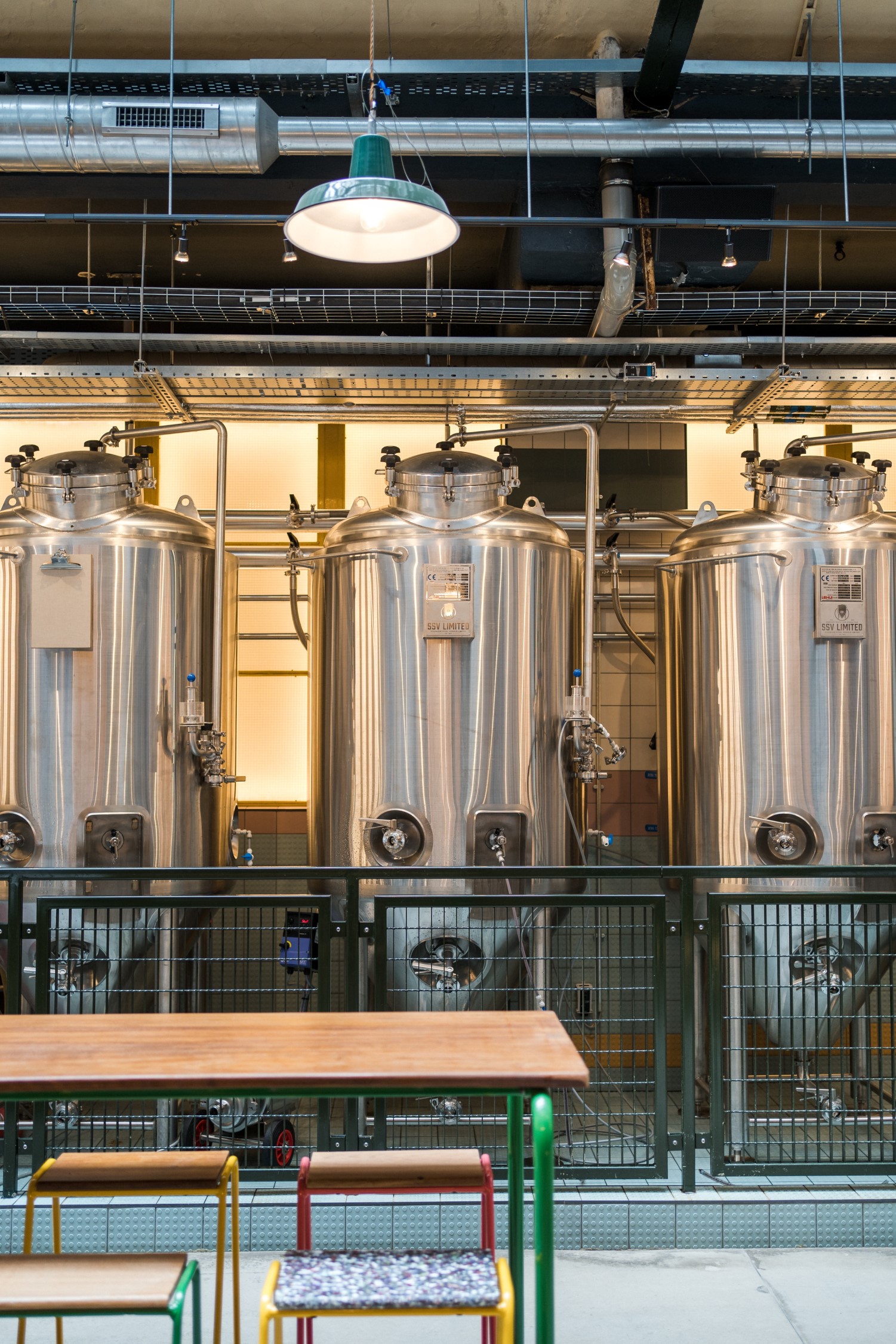 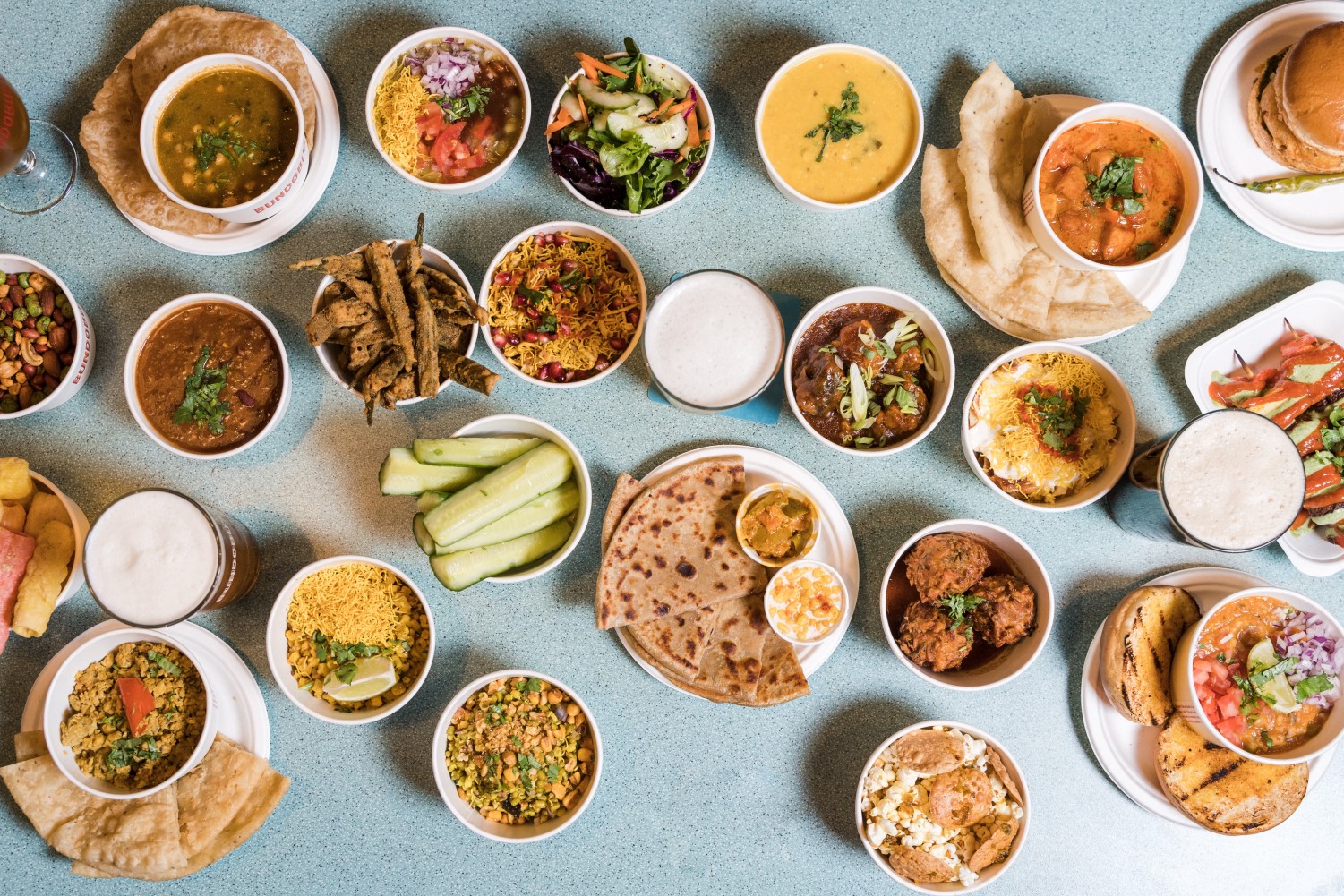 Bundobust Brewery has been under construction since 2019. Now complete, the 10-hectolitre custom-build is capable of producing 20,000 pints per month.

“We were due to open in May 2020. The past 18 months have slowed us down, but the delay has meant that we’ve been able to develop our beer recipes. Expect the familiar Bundobust vibe and menu, with the bonus of being in a working brewery”. 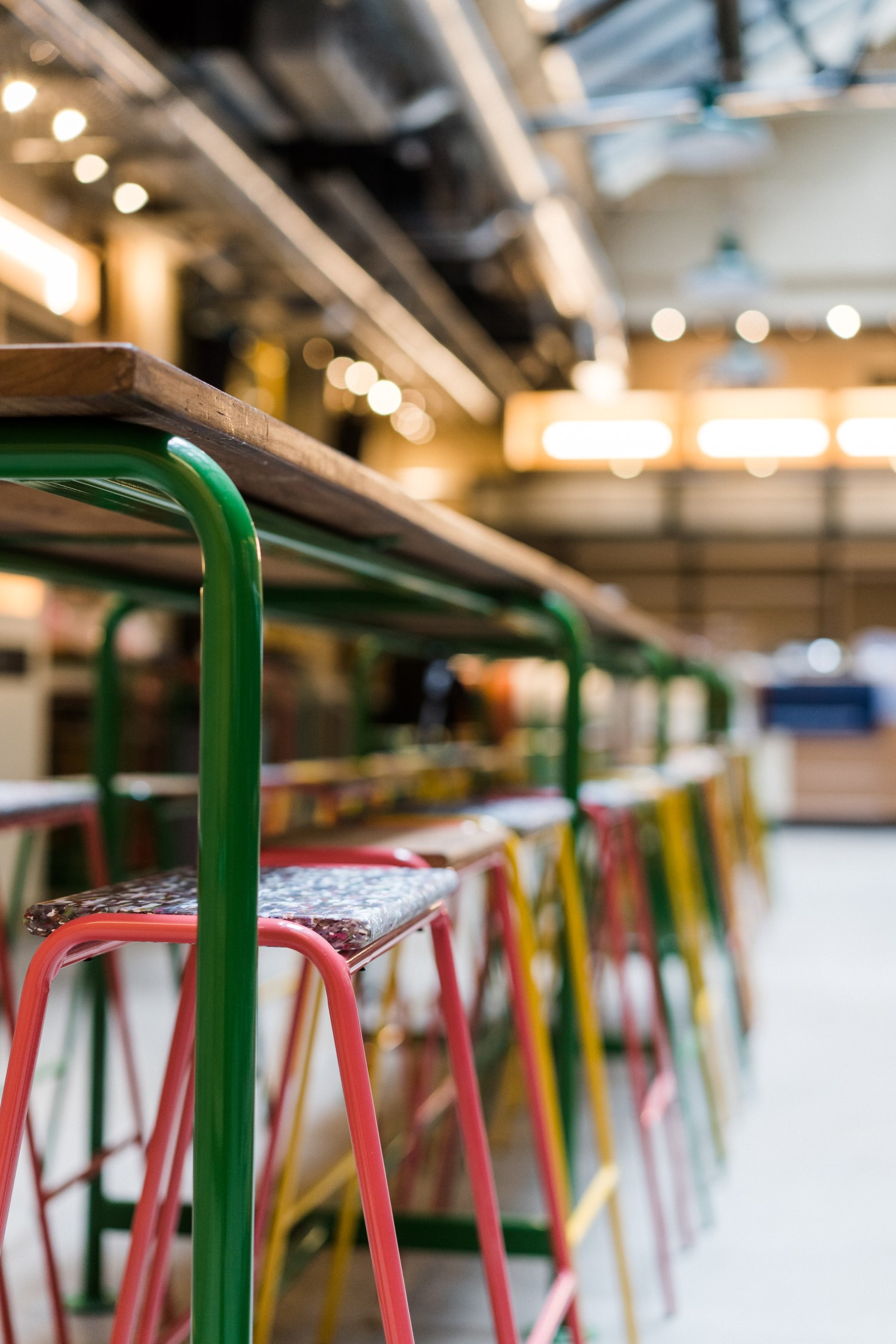 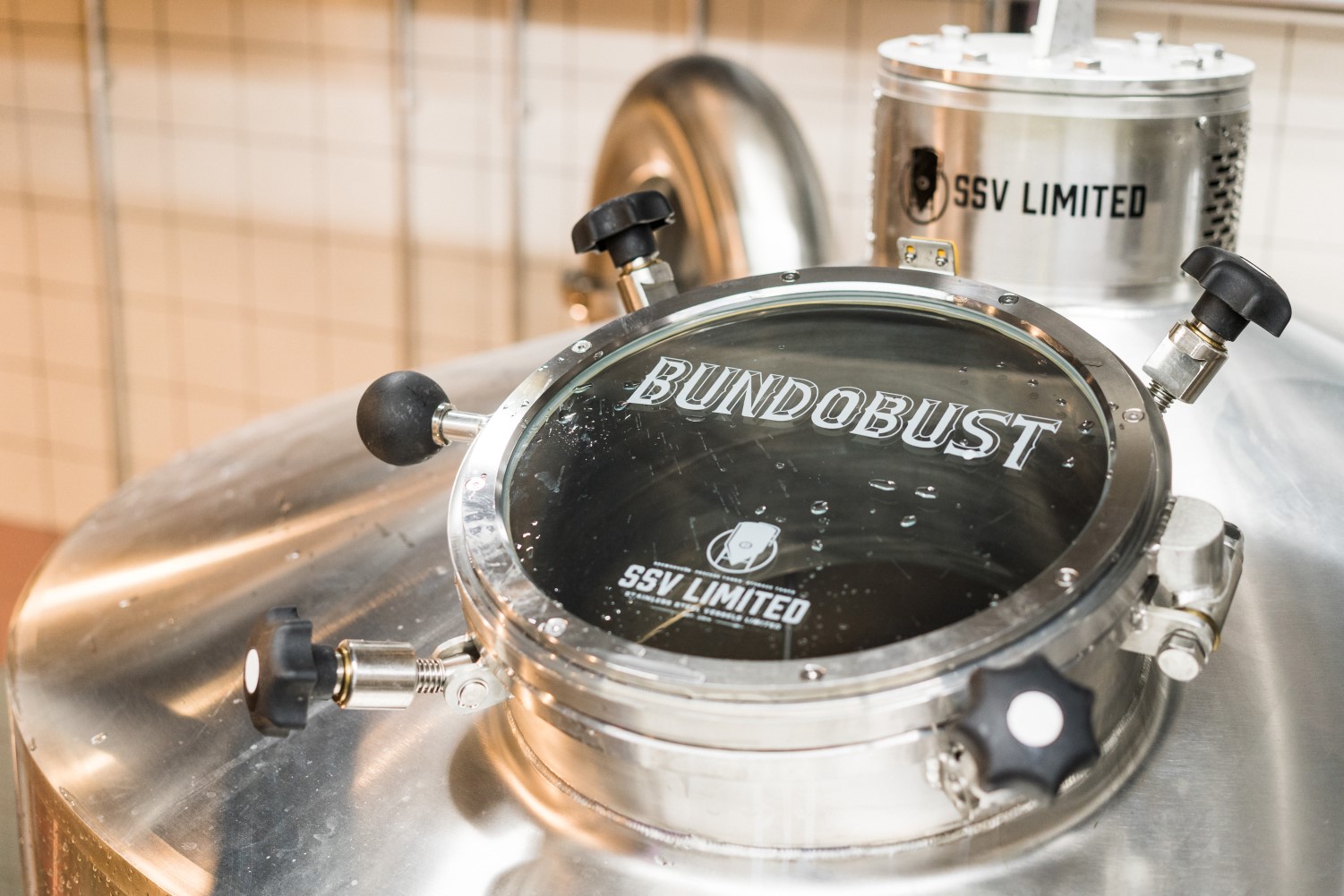 Sustainable furniture outfit, Woodmancote Retro has created the brewery’s high tables and stools. The overall design is influenced by US brewpubs, with a nod to German beer hall camaraderie. Each chair is made from 40 recycled plastic water bottles, while school desks have been repurposed into beer hall-style tables, complete with “I Woz ‘Ere” etchings.

Keep an eye out for original features from the space’s previous incarnation as a car park, from vintage alarm bells and glazed bricks to ‘Drive Slowly’ signage. A show-stopping giant glass atrium mirrors the Piccadilly branch’s glass apex. 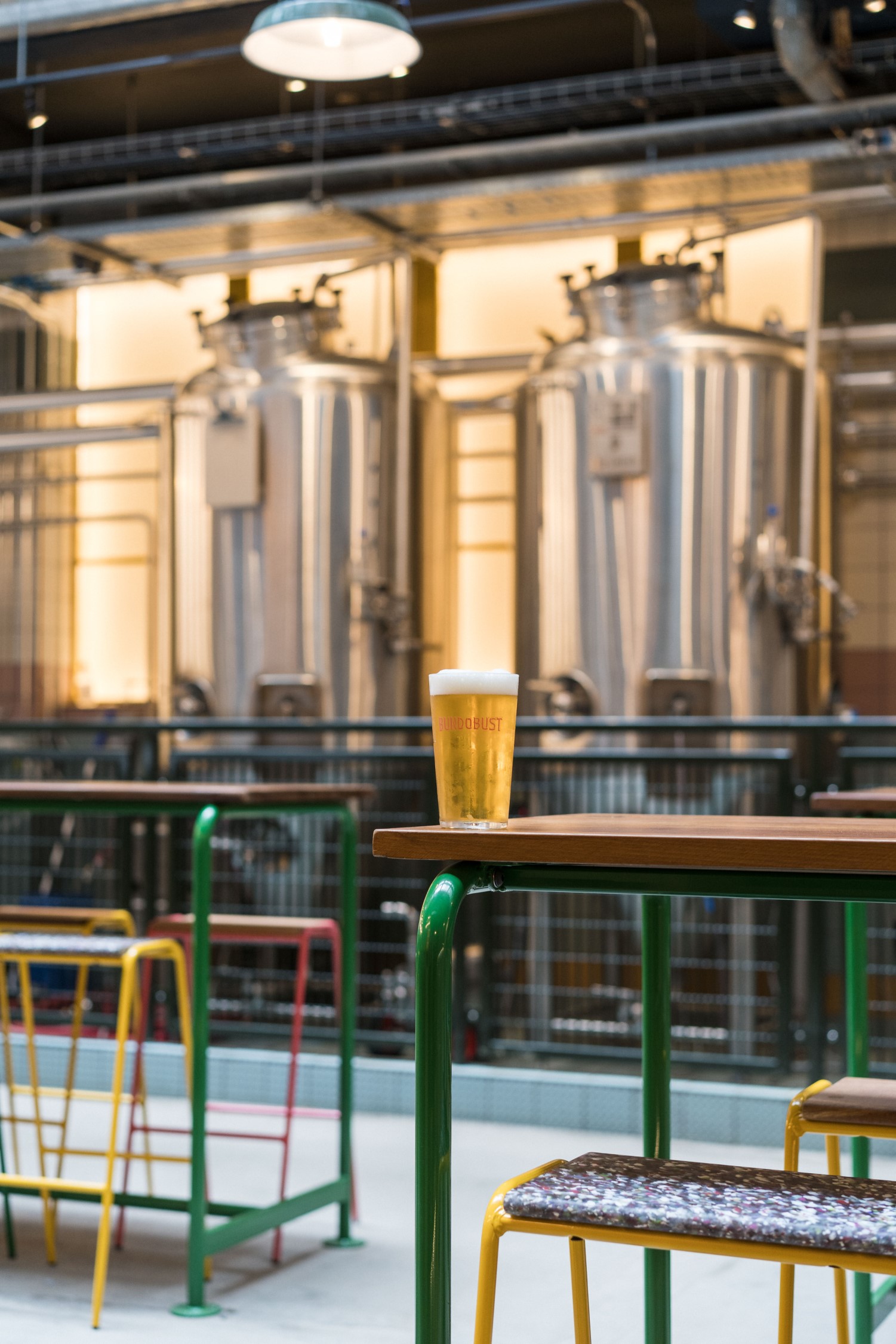 “The opportunity to carve out an iconic Manchester building from scratch has been a massive undertaking, and we’re excited to welcome people in. We’re looking forward to opening a unique space alongside theatres and gig venues, Oxford Road station, and great pubs like The Peveril of the Peak.”

“We are delighted to be welcoming Bundobust to St James’. We couldn’t think of any better team to transform this extraordinary space, and they have done a magnificent job. Marko and Mayur’s creativity will add hugely to the already vibrant Oxford Road corridor.” 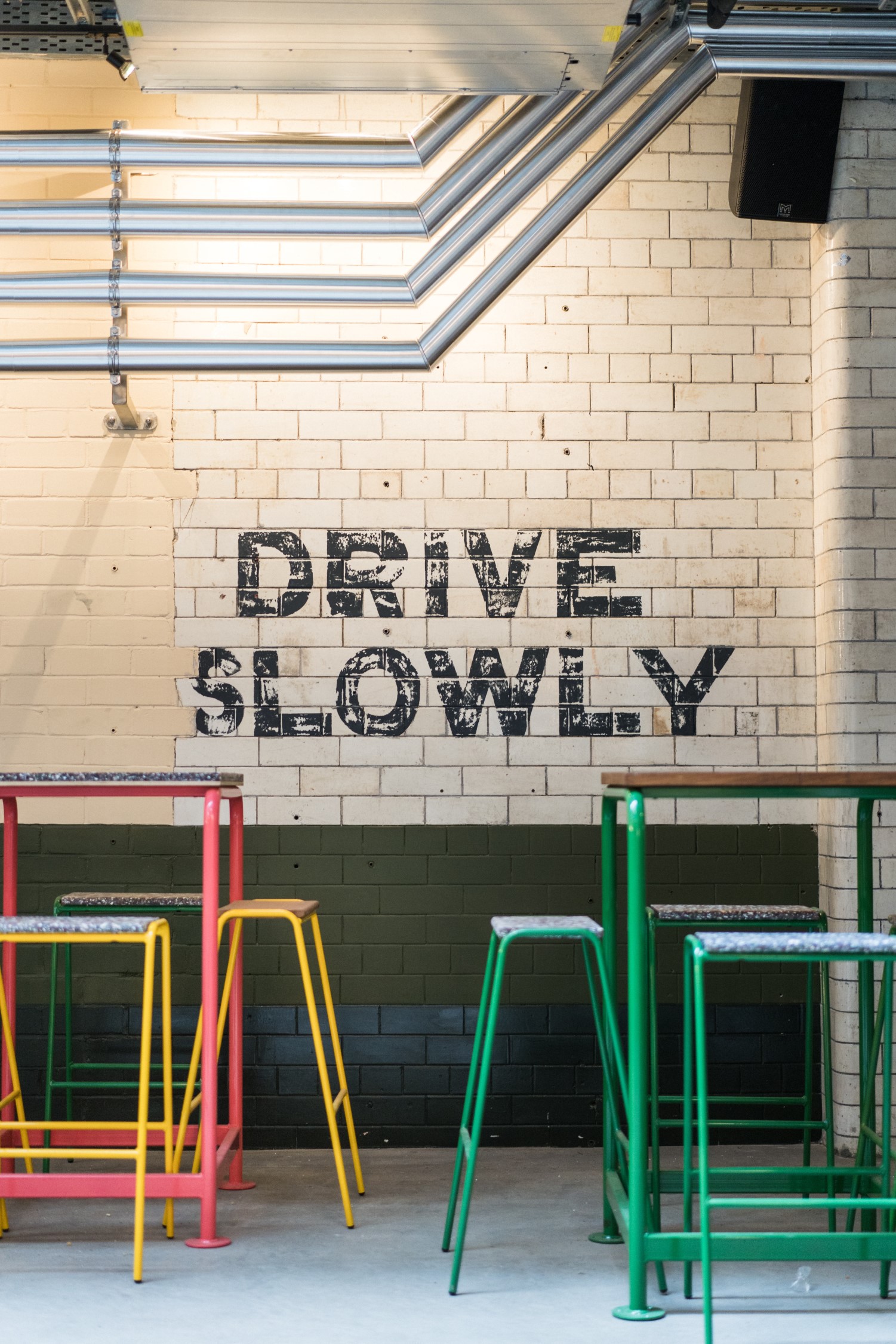 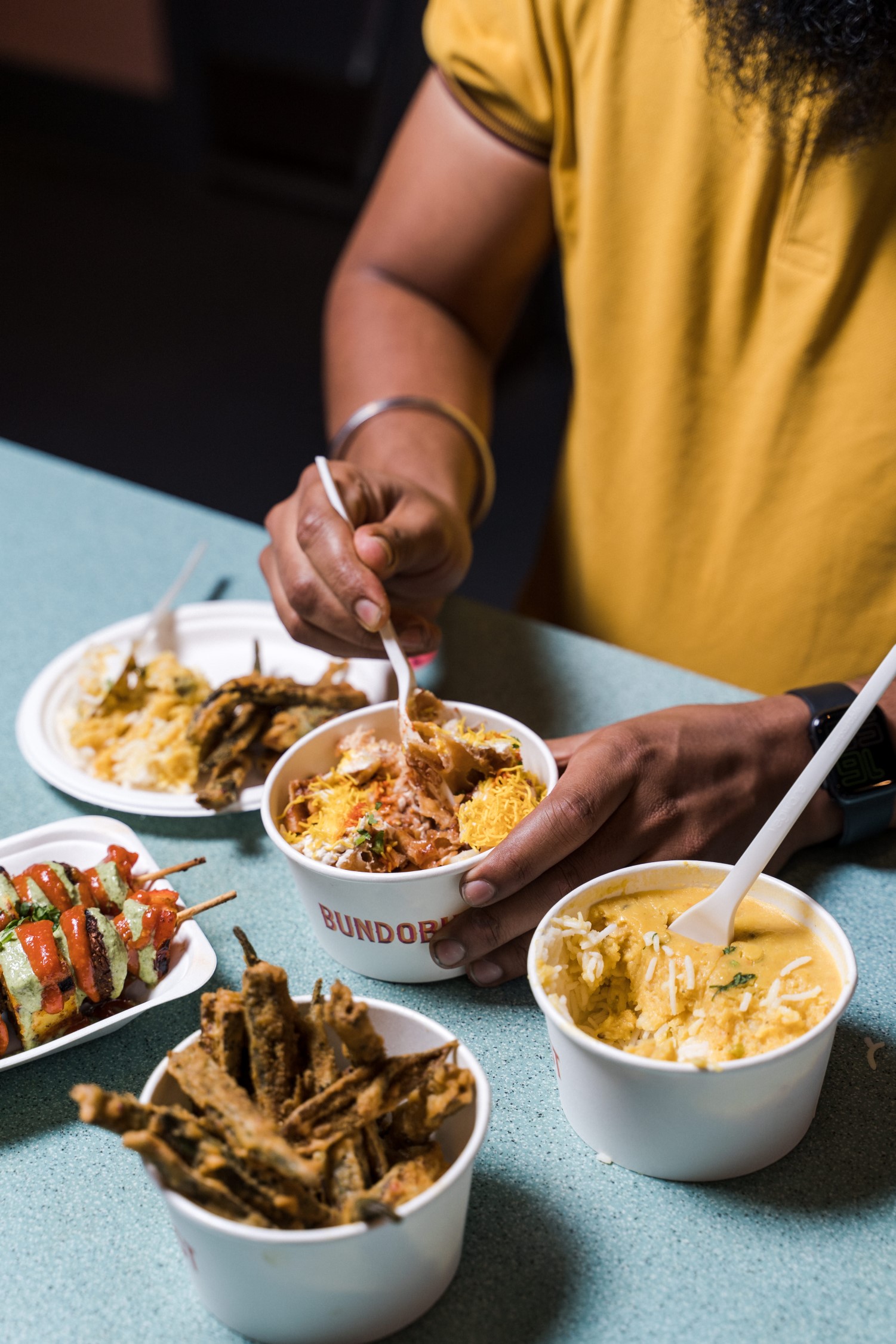 Here are the beers you can expect to find on rotation at Bundobust Brewery (and all Bundobust sites from) now on: 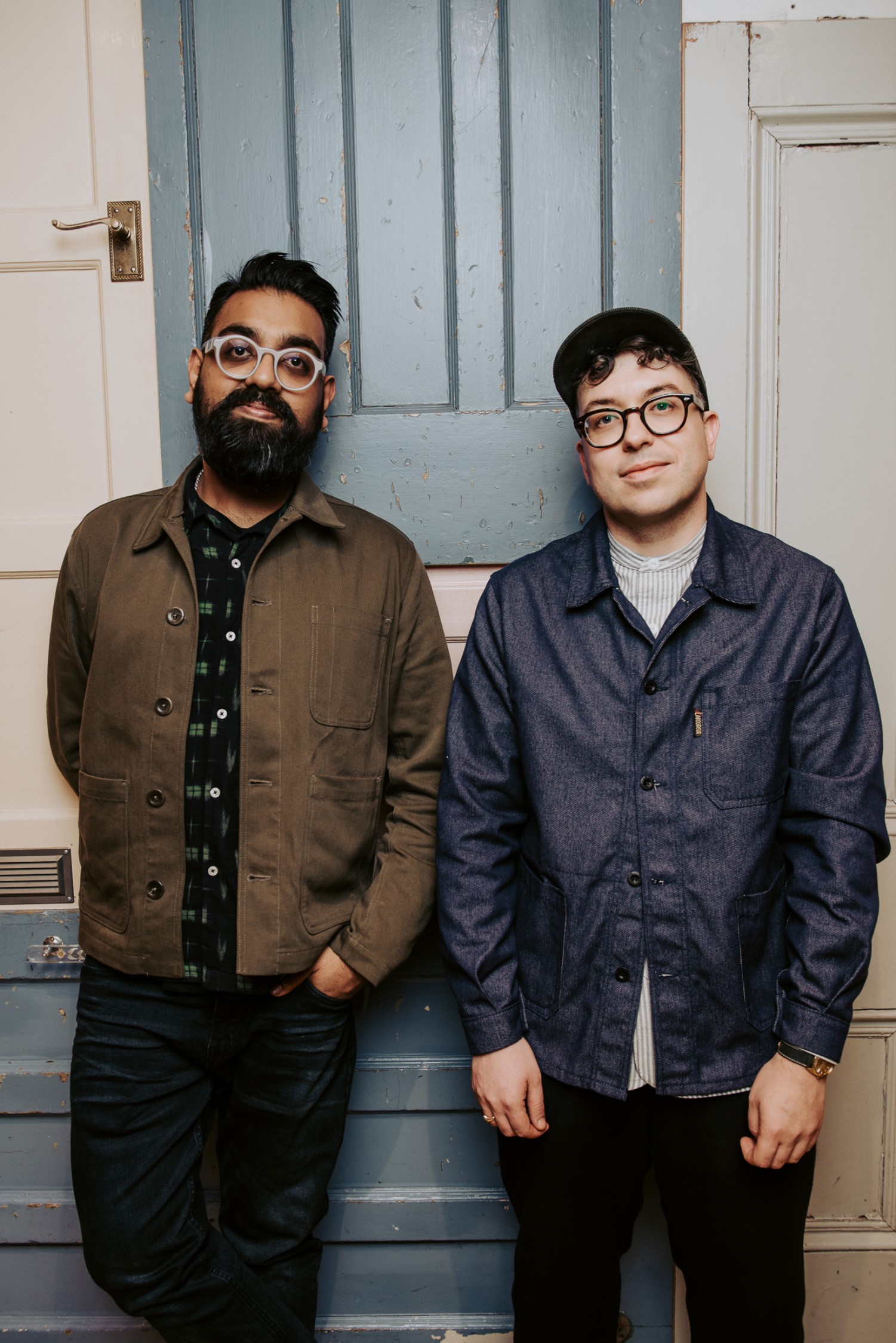 Bundobust’s beers are crafted with the venue’s iconic Gujarati menu in mind, meaning they pair perfectly with its award-winning Indian street food.

The Best Alternative Brunches in Manchester