The Failsworth pizza innovators are heading into the city centre and we can hardly contain ourselves! 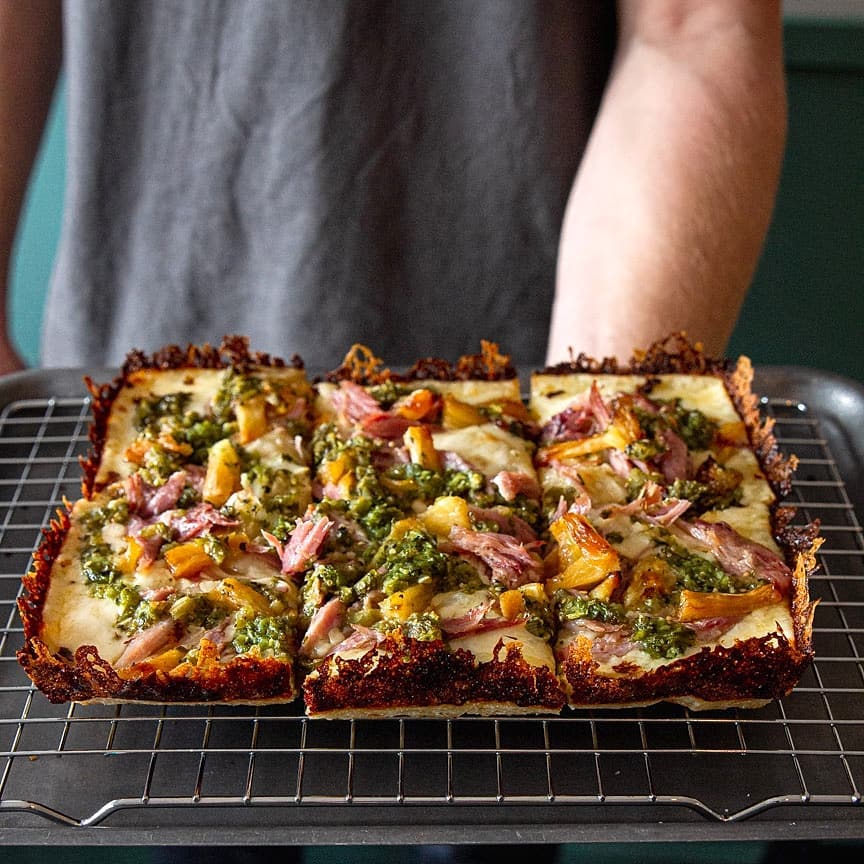 Coined as the very first people to bring the Detroit pizza to Manchester, Corner Slice have announced that they’ll be moving into the city centre in February, with a brand-new dark kitchen opening up and further plans for their own bricks and mortar site thereafter.

Exploding onto the scene back in 2019 with their huge slabs of dough and cheese, Corner Slice were a breath of fresh air in a city where Neapolitan style pizzas seemingly ruled the roost, and they’ve been massively popular ever since.

The Detroit-style pizza gets its name from, yep you’ve guessed it – the city in America, where they were originally cooked in blue steel metal containers from the local car factories which gave the pies a soft and airy crust, crispy exterior and caramelised cheese edges. 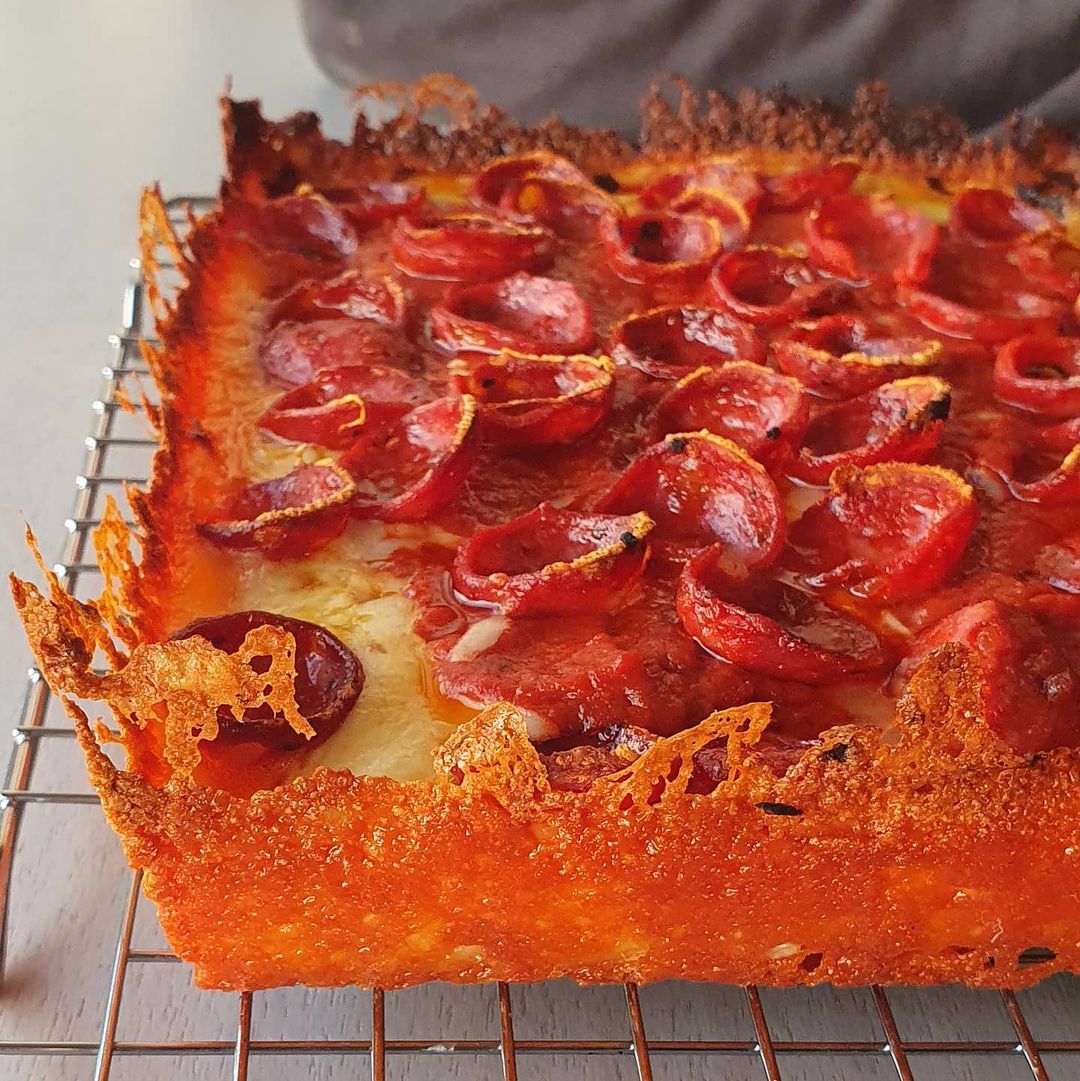 This tradition continues and Corner Slice cook each pizza in steel pans sourced from Lloyds Pans in Spokane, Washington, and with dough that they prove overnight, you’re left with pies that are absolutely superb as a result. That crispy cheese edge is life-changing, and Corner Slice are certainly very creative when it comes to their toppings. 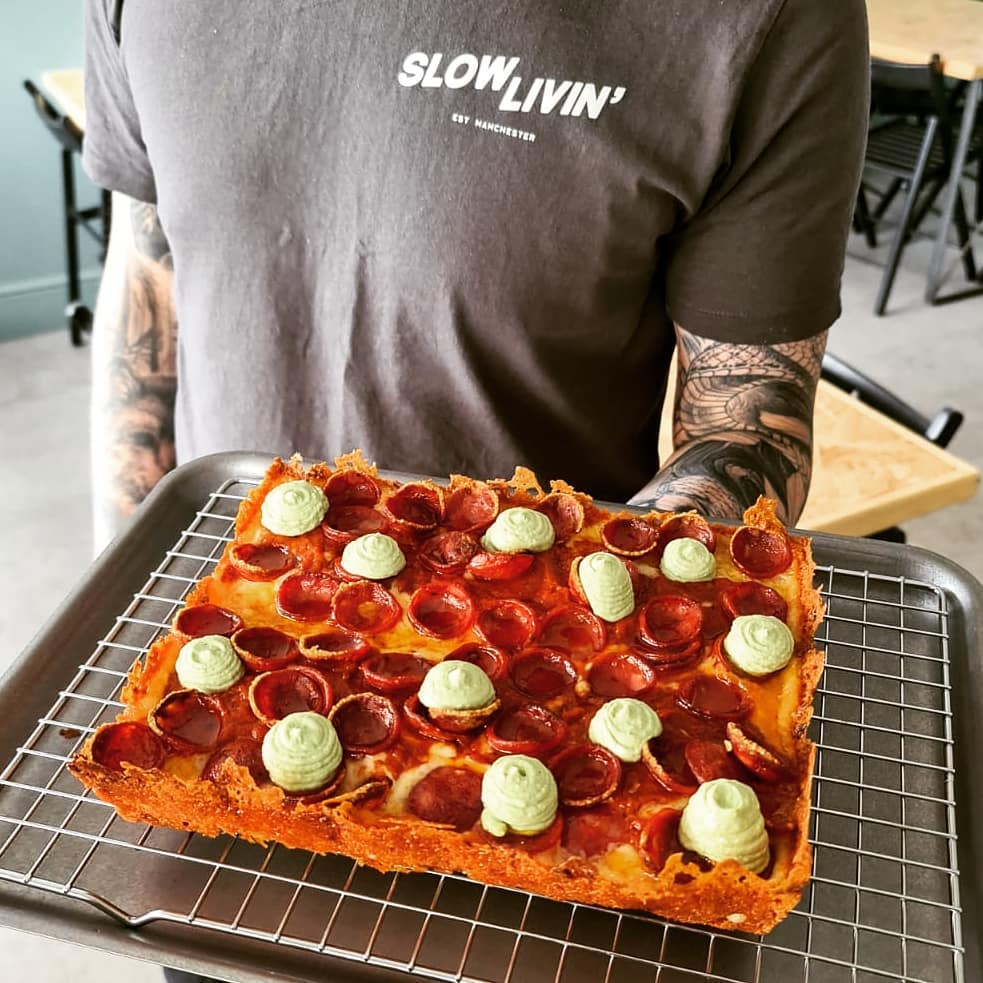 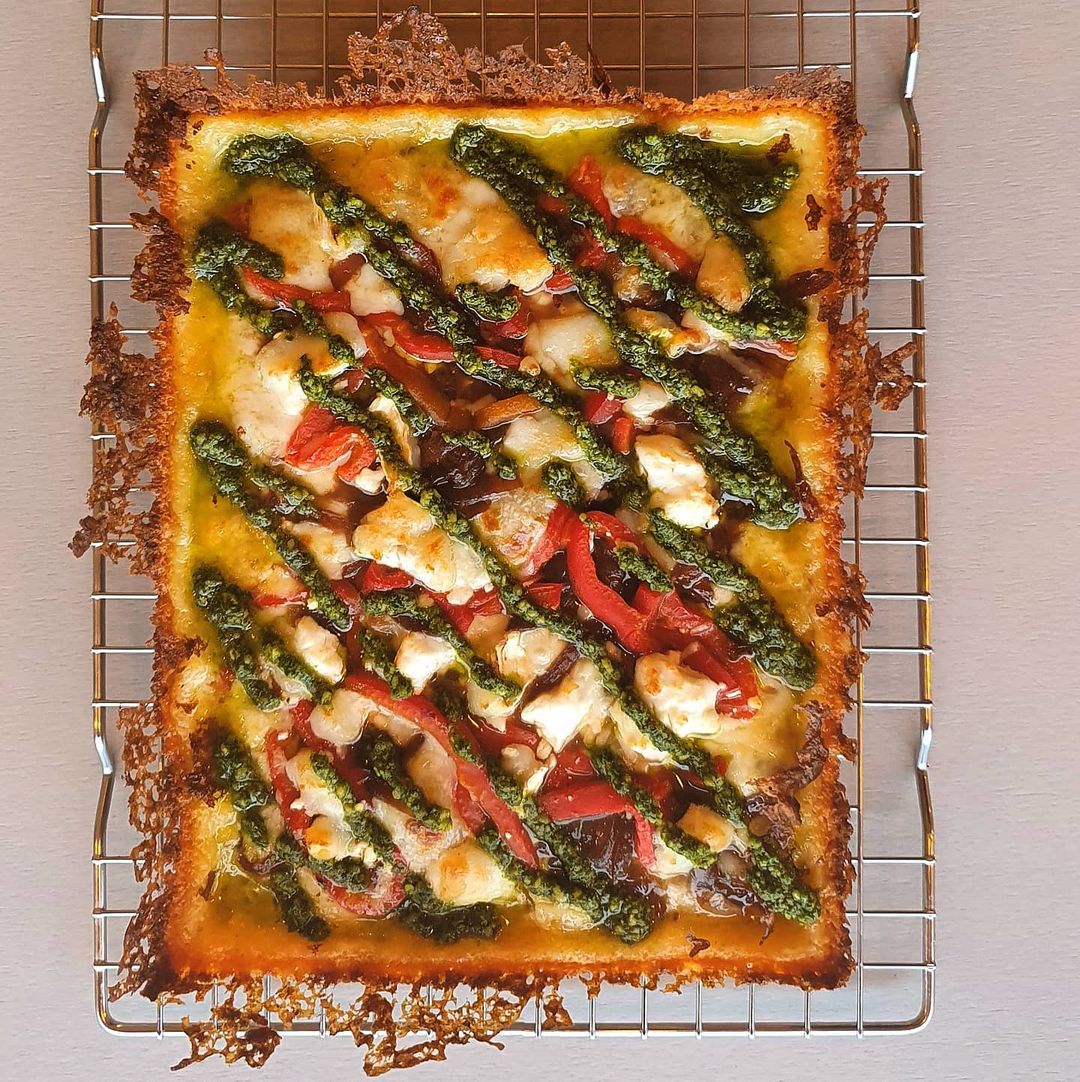 We’re massive fans of the classic Red Top (£8) though – very simple and using only the very best tomatoes and their signature cheese blend – nothing beats it and it’s a MUST for any self-confessed pizza lover.

This week they announced a move into the city centre in February, adding a dark kitchen to their venue in Failsworth and expanding their ‘radius’. This means that their delivery service will open up to thousands more people and you can finally get your hands on one of these beauties without having to trek up north on the 86 bus.

If all goes well, they’ll then be looking for a permanent bricks and mortar space in the city centre – which would be absolutely bloody fantastic! 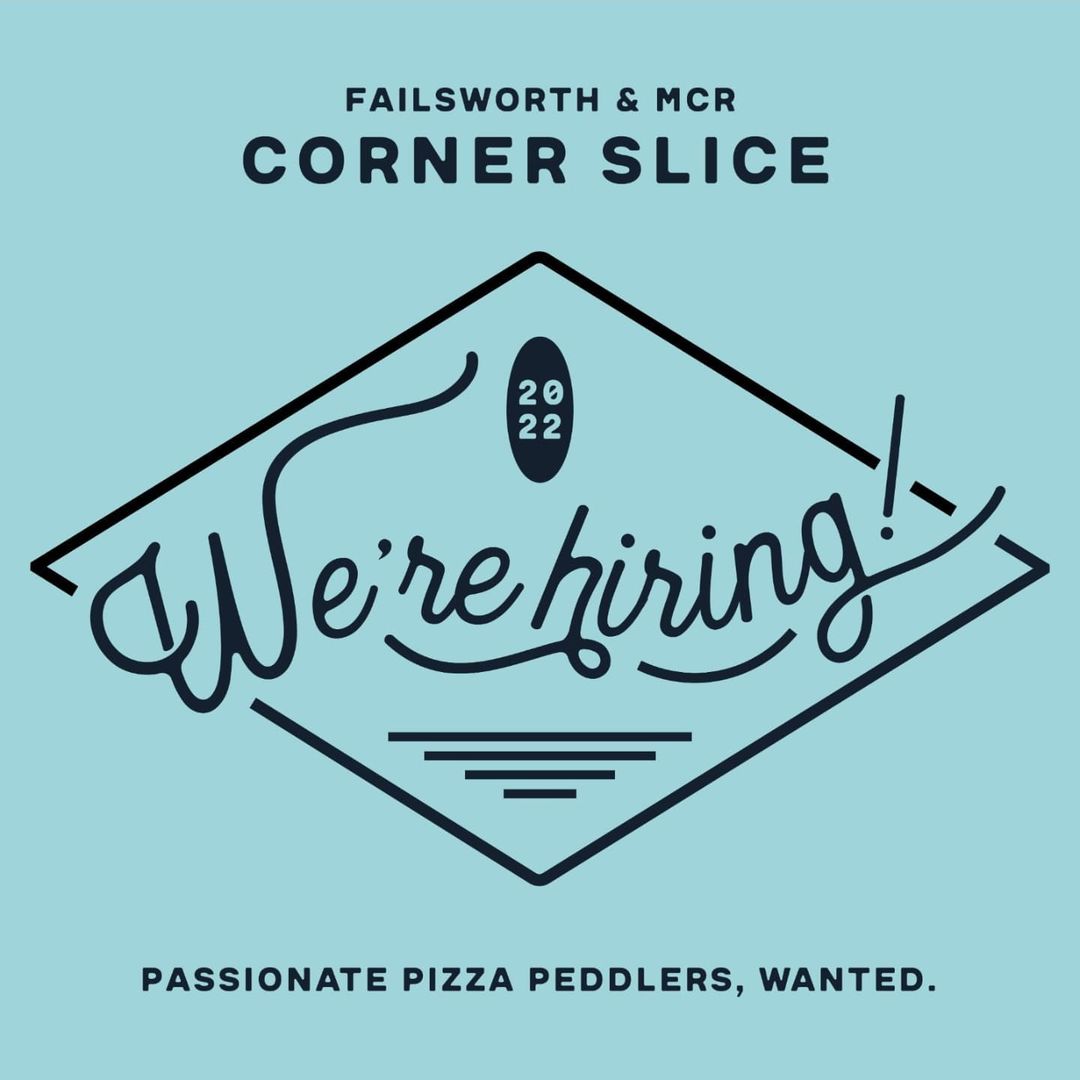 In the meantime though, they’re looking for ‘Passionate Pizza Peddlers‘ – chefs to sling out some seriously good Detroit pies in their new city centre dark kitchen, with various positions available ranging from £10 p.h. to £26,500 p.a.

If you’re interested, send your CV to cornerslicemcr@gmail.com or DM them for more info.