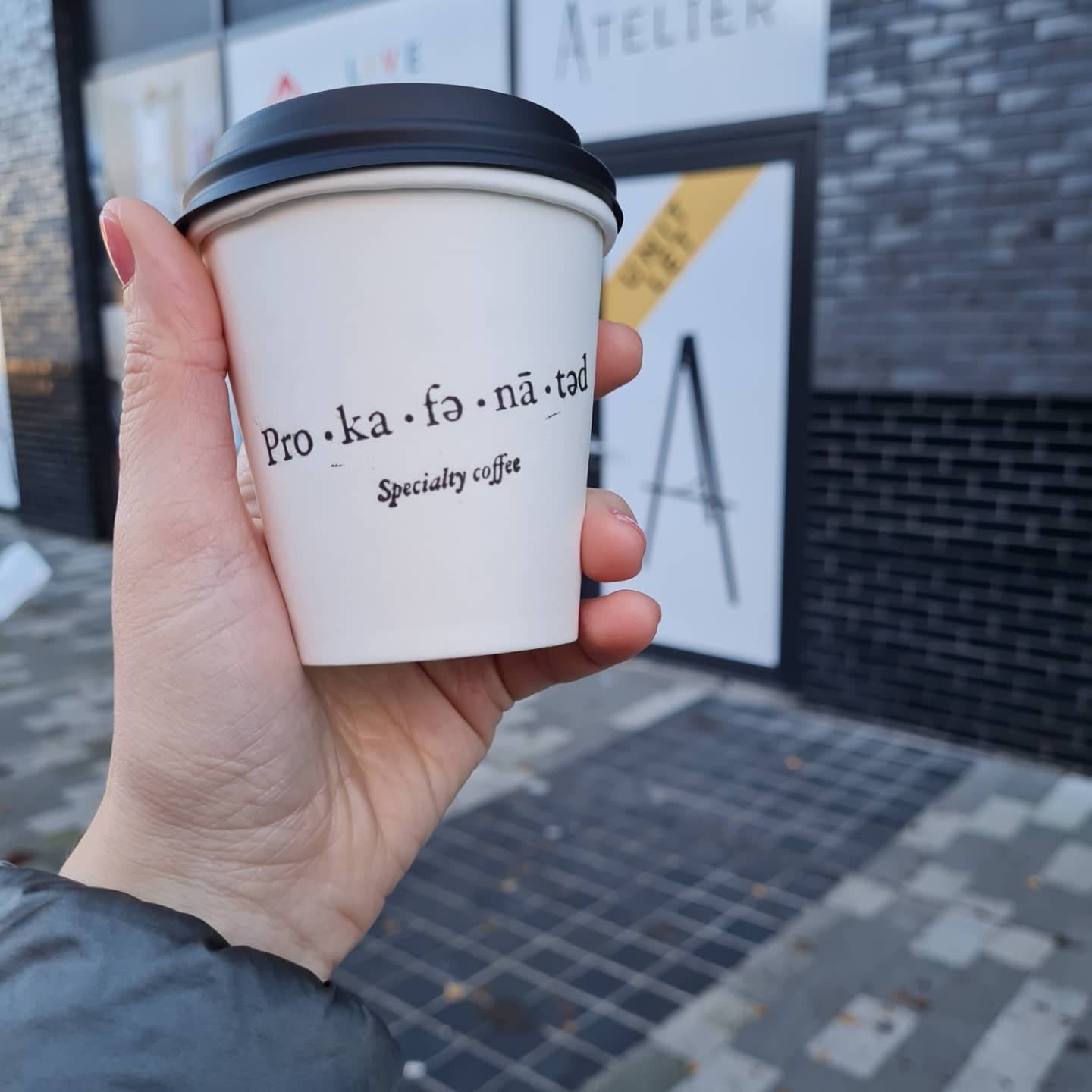 After living in Salford for the past four years, I’ve witnessed first-hand the redevelopment of Chapel Street, and there’s not one business that I haven’t fallen in love with.

It’s a great place to live, a short walk outside of the city centre that’s surrounded by gorgeous independents including GK Gallery and Deli Lama, and proper boozers such as the New Oxford, fine purveyors of the holy pint, with lines of regularly rotating freshly brewed beer capturing flavours from around the world.

It’s also got some ace restaurants like Vero Moderno, an Italian eatery that’s a hit with some of Manchester’s best footie players (to be honest, that means nothing to me, I was more buzzing to see Maxine Peak in there the other week!!) and Porta, a relaxed tapas restaurant that’s the perfect summer stop-off. 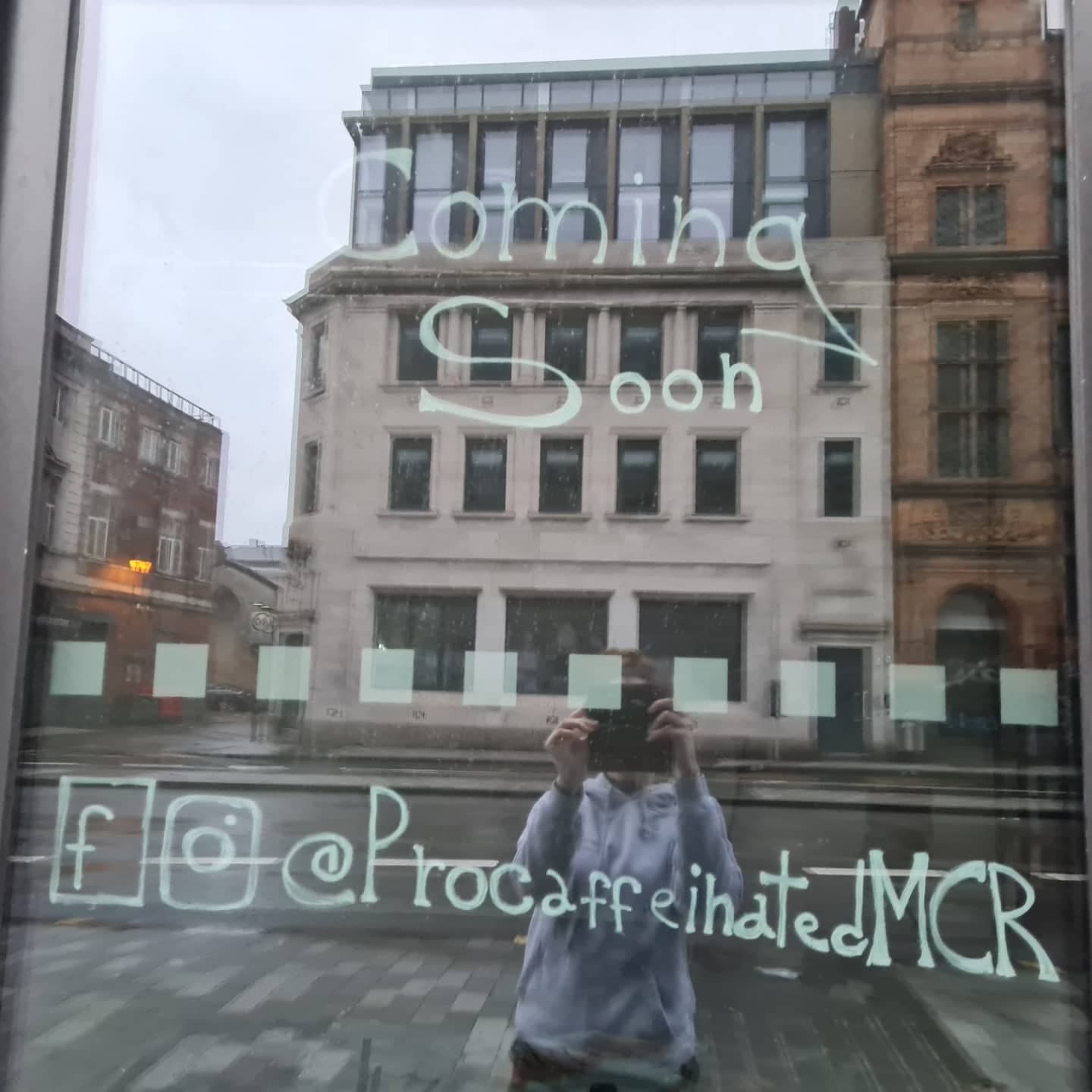 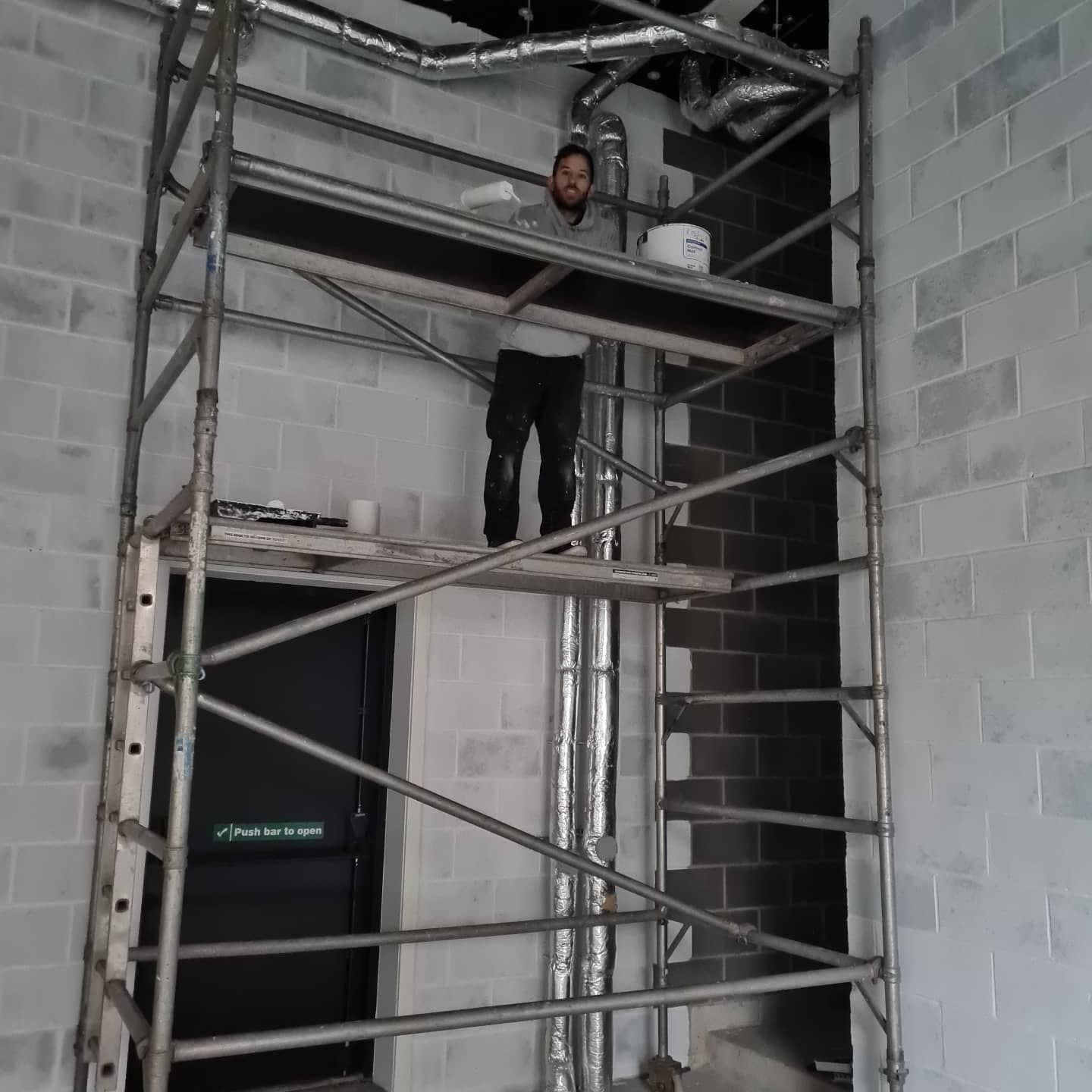 As well as the addition of these businesses, Chapel Street has also gained more and more residents, with an array of apartments popping up over the past few years.

More recently, new kids on the block, Atelier have included units to let underneath their brand-new builds, one of which has been snapped up by Daniel Haralambous and his partner, Ilaria Criscuolo, the duo behind Procaffeinated.

Daniel and Ilaria met whilst Daniel was travelling around Europe. His trip was only meant to last a couple of months, but after meeting language teacher, Ilaria, he returned a whole two and a half years later, fluent in Italian and in love! 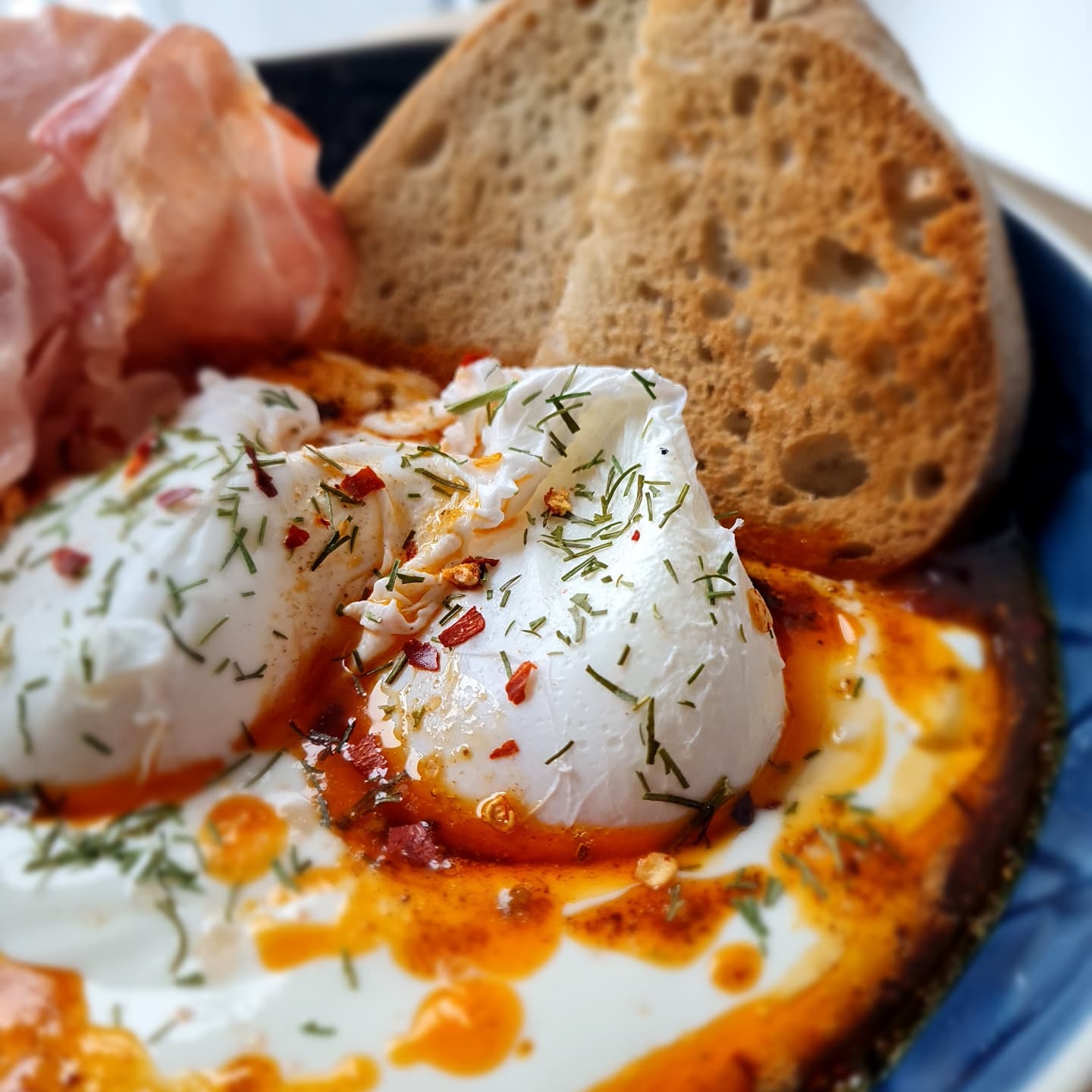 “It was whilst I was in Italy that I really got a taste for good coffee culture,” began Daniel.

“It’s very different to the UK, people are getting espressos three or four times a day and they really pride themselves on quality. My travels then took me to Amsterdam, which introduced me to the avocado brunches and coffee-drinking that was very reminiscent of Manchester.

“We both really enjoyed working in the coffee industry over there, so we thought why don’t we try and bring a concept that combines everything we’ve learnt back to Manchester.” 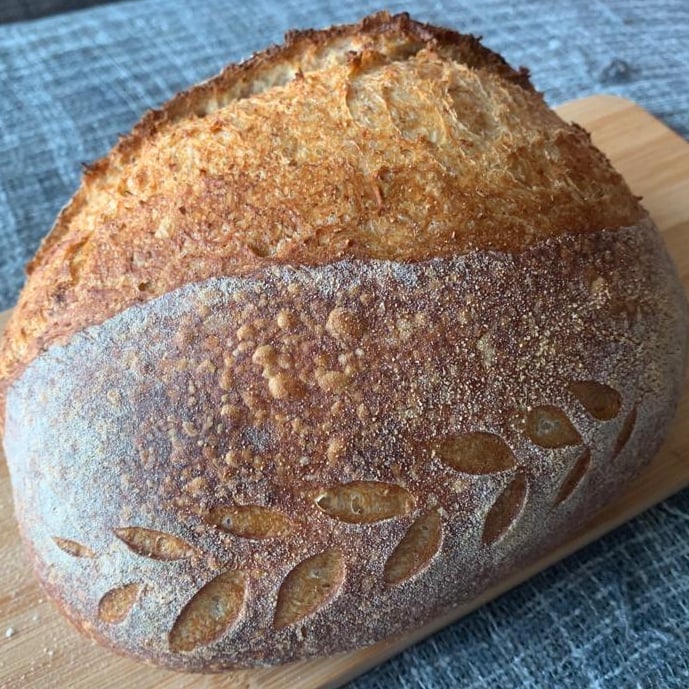 Procaffeinated, which is situated directly below the new-build Atelier apartments, will be a coffee spot that serves unique Mediterranean brunch dishes, as well as natural wines, craft beer and cocktails – finally, the missing piece of the Chapel Street puzzle!

The duo will make everything from scratch at their Salford location, from all of the brunch dishes to their own bread and pastries that will be a VERY welcome addition to my morning slump to work. They’ll also be serving filter, as well as espresso coffee.

“At any one time, we’re aiming to have four different types of coffee bean on site, whether that be an espresso with a house and a guest, or filter with batch brew or rotating filter coffees. We’re going to try and concentrate not just on the UK, we want to source coffee from abroad, too, so that we always have something a bit different to offer.” 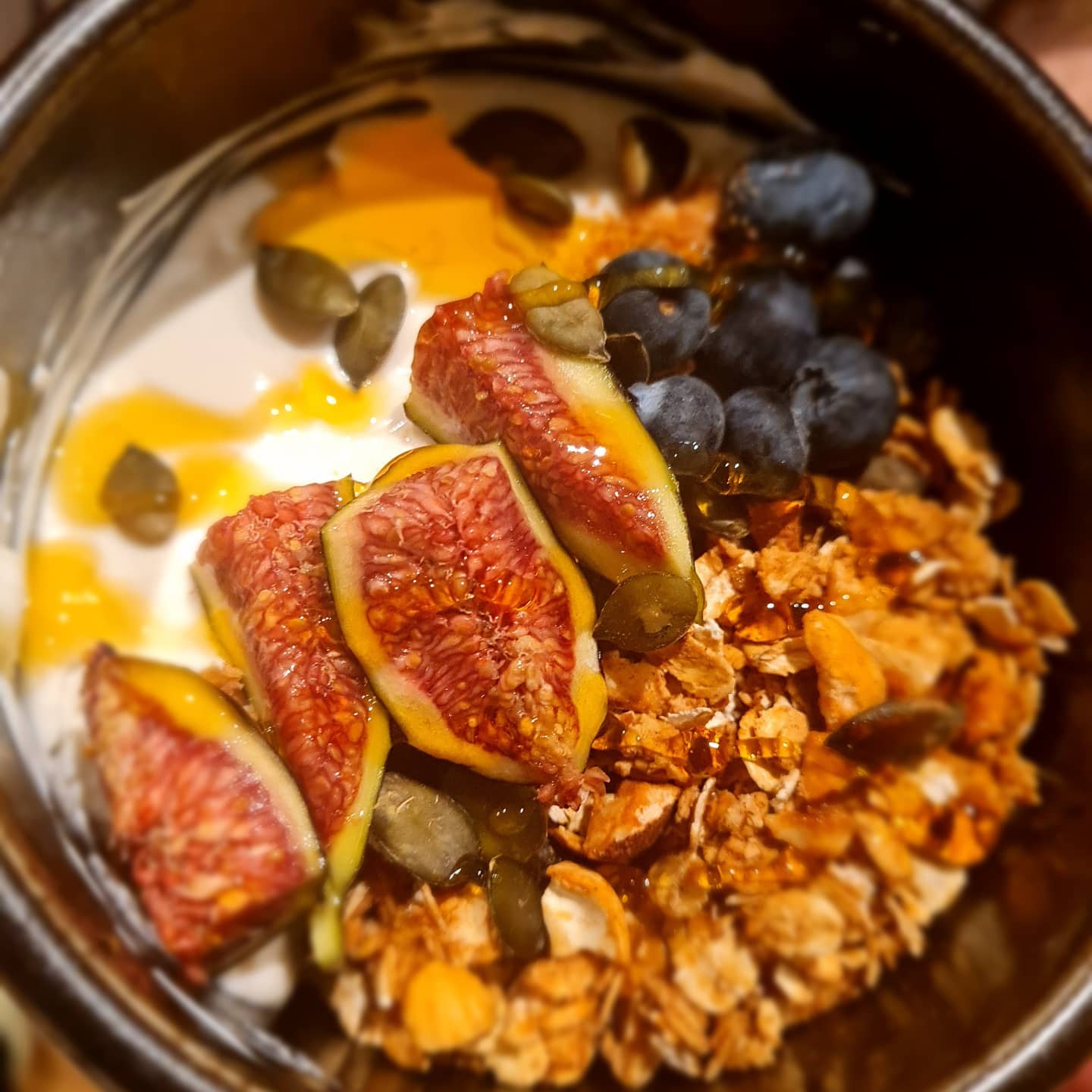 The venue has also teamed up with a couple of local suppliers of craft beer and natural, organic wines that will be a total treat to indulge in during summer, but, initially, Procaffeinated will stick to the day trade, with the aim to open Monday – Friday 8am-4pm and 10pm-4pm on the weekend.

“Once we’re open and we’ve found our feet a little, that’s when we’ll be able to look at opening in the evenings and delving more into the wine and cocktail side of the business.

“You’ll still be able to enjoy a great selection of wine and beers during our initial earlier opening hours, we’re just hoping that by summer we’ll be able to offer a good range of charcuterie boards and cocktails, too.”

Procaffeinated are hoping to be open by the end of February, and it can’t come quick enough! Chapel Street and I will be waiting with open arms and a big IKEA bag to stuff full of freshly baked sourdough.