The home of the famous 22" pizza are coming to KAMPUS in November... 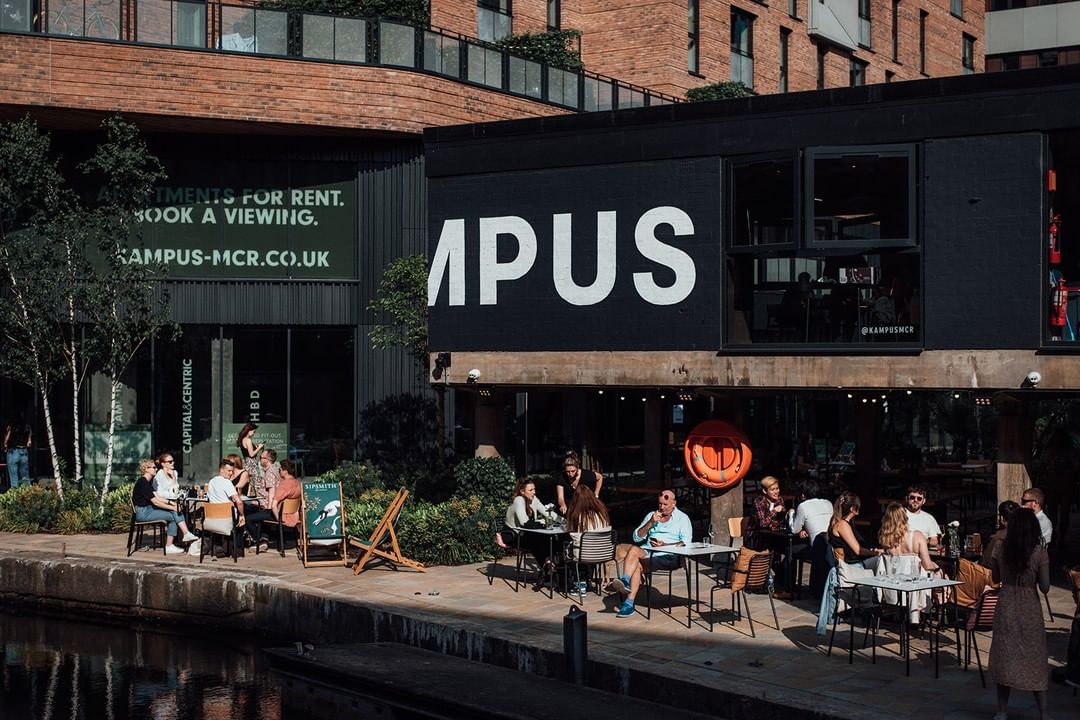 Nell’s, the home of the now famous 22” pies and slices will open in the iconic corner site at the new city centre garden neighbourhood, Kampus, on Friday 5th November.

Serving up their best selling Original Cheese, Do You ‘Roni Honey? & Vegan Deluxe, Nell’s at Kampus will feature a restaurant where you can make bookings for groups of all sizes, a bar and a standalone ‘Slice Bar’ where you can pop in for a quick slice all day and late into the evening. 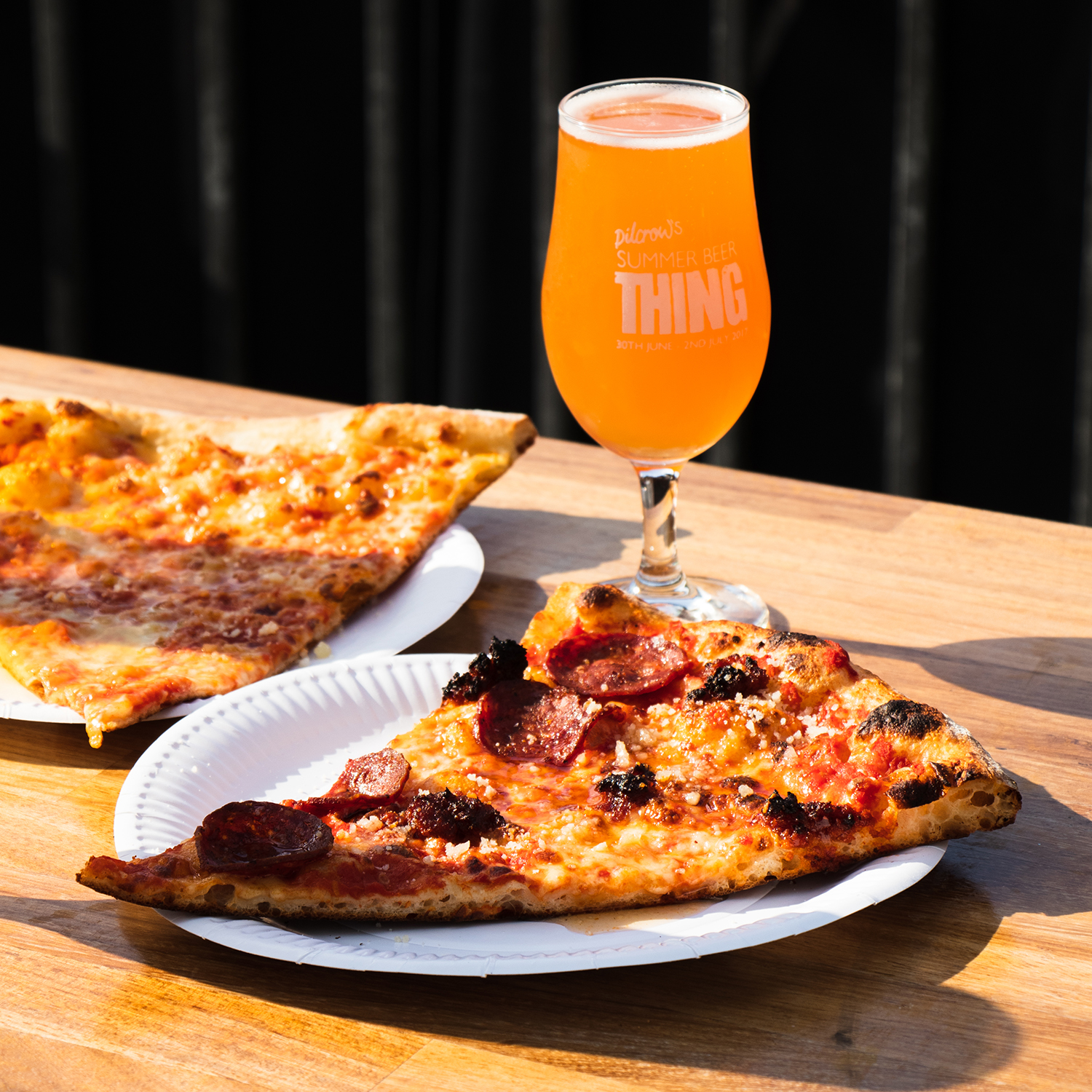 Brand new for Nell’s at Kampus, a range of snacks and signature cocktails join the pizza line up. Famous for the attention to detail in their dough, and not content with just repurposing the 48 hour dough used for their pizza, founder Jonny Heyes went back to the mixer and developed a new focaccia style dough, baked and topped with either Nell’s signature marinara, extra garlic and basil or with rocket, burrata and crushed pepper. 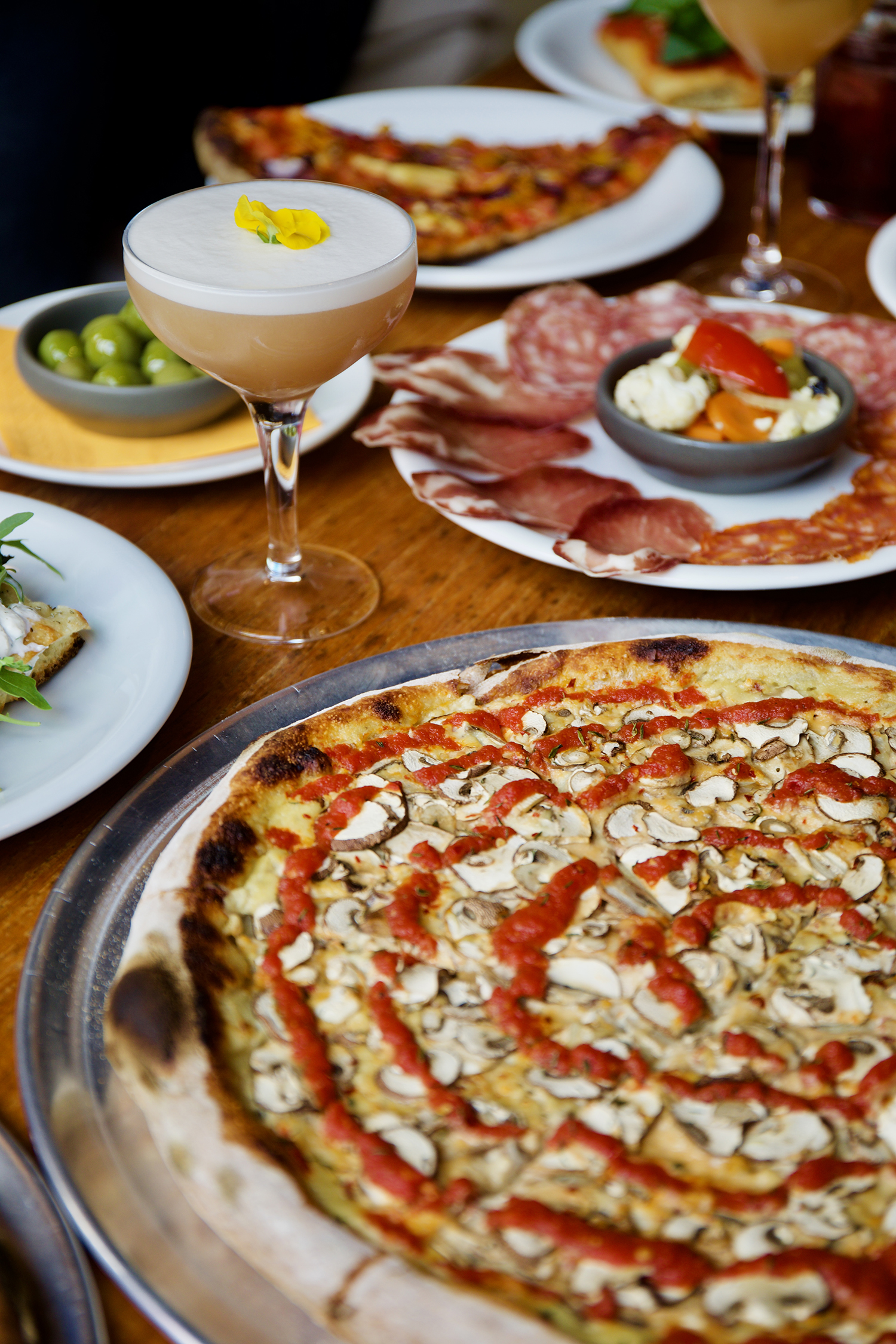 Sunday’s at Nell’s New York Pizza and Bar will be all about bottomless slices, bottomless drinks and DJ’s as they launch ‘Sunday Pizza Social’. Bookings can be made online or in house with tables for large groups available.

The Snug, a small private area is the perfect spot for after work drinks, birthdays and special occasions, with it’s recycled parquet floor taken from the Bank of England no less, and a Mondrian inspired ceiling, there’s no space quite like it, anywhere else in the city. 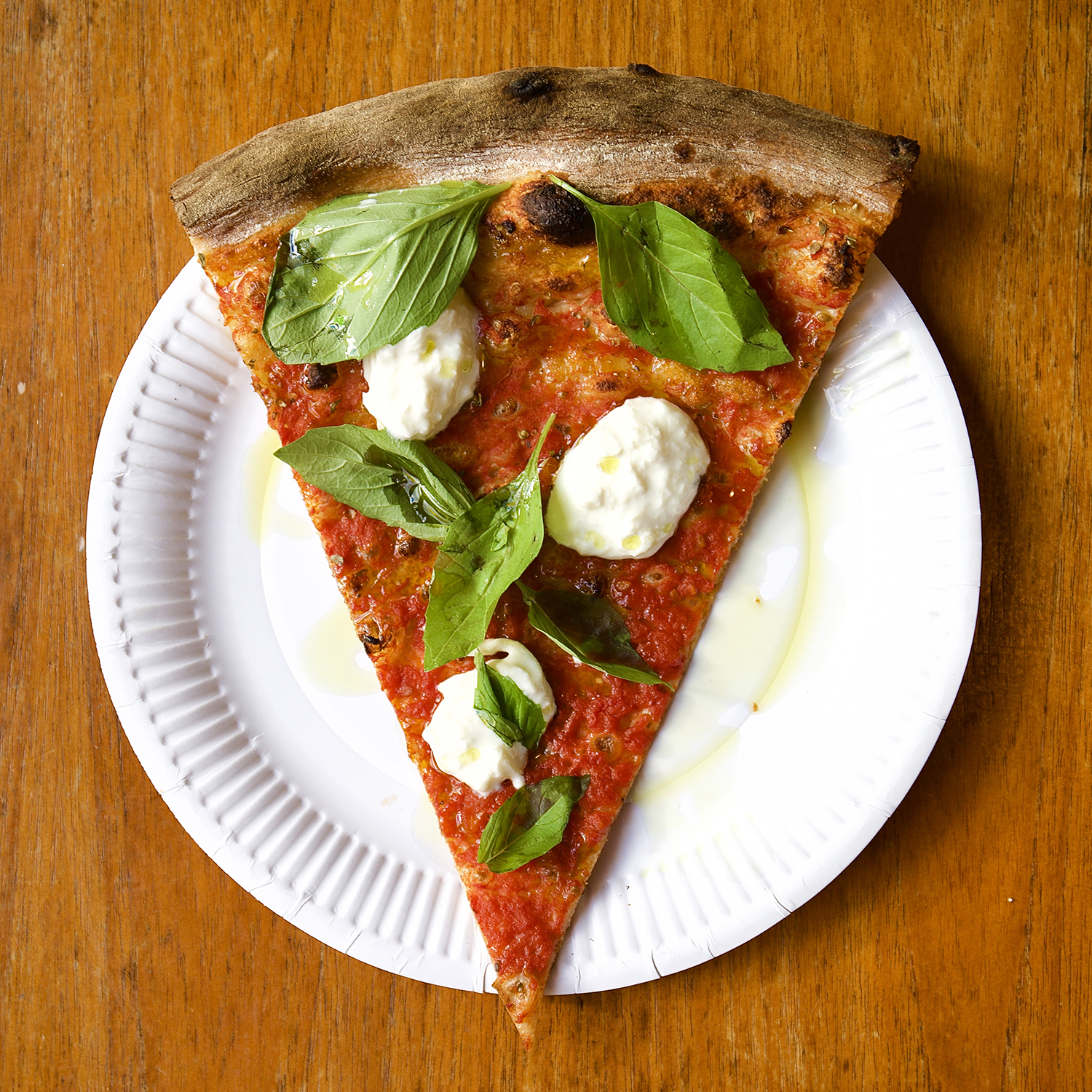 As you’d expect from the best beer slingers in the city, Nell’s NY Pizza & Bar features 17 lines pouring a selection of house beers including Veltins, Virtuous and Pomona Island, rotating specials from visiting breweries and local faves. They’re joined by a wine list made up entirely of wines you just want to drink, in large glasses, all night.

The offer wouldn’t be complete without Nell’s Ice Cream Sandwiches, hand made by co-founder Charlotte Heyes. Soft, homemade cookies squashing Cheshire Farm Ice Cream in a range of flavours with vegan options at all times, they’re available to sit in or swipe one when you grab your slice, to go. 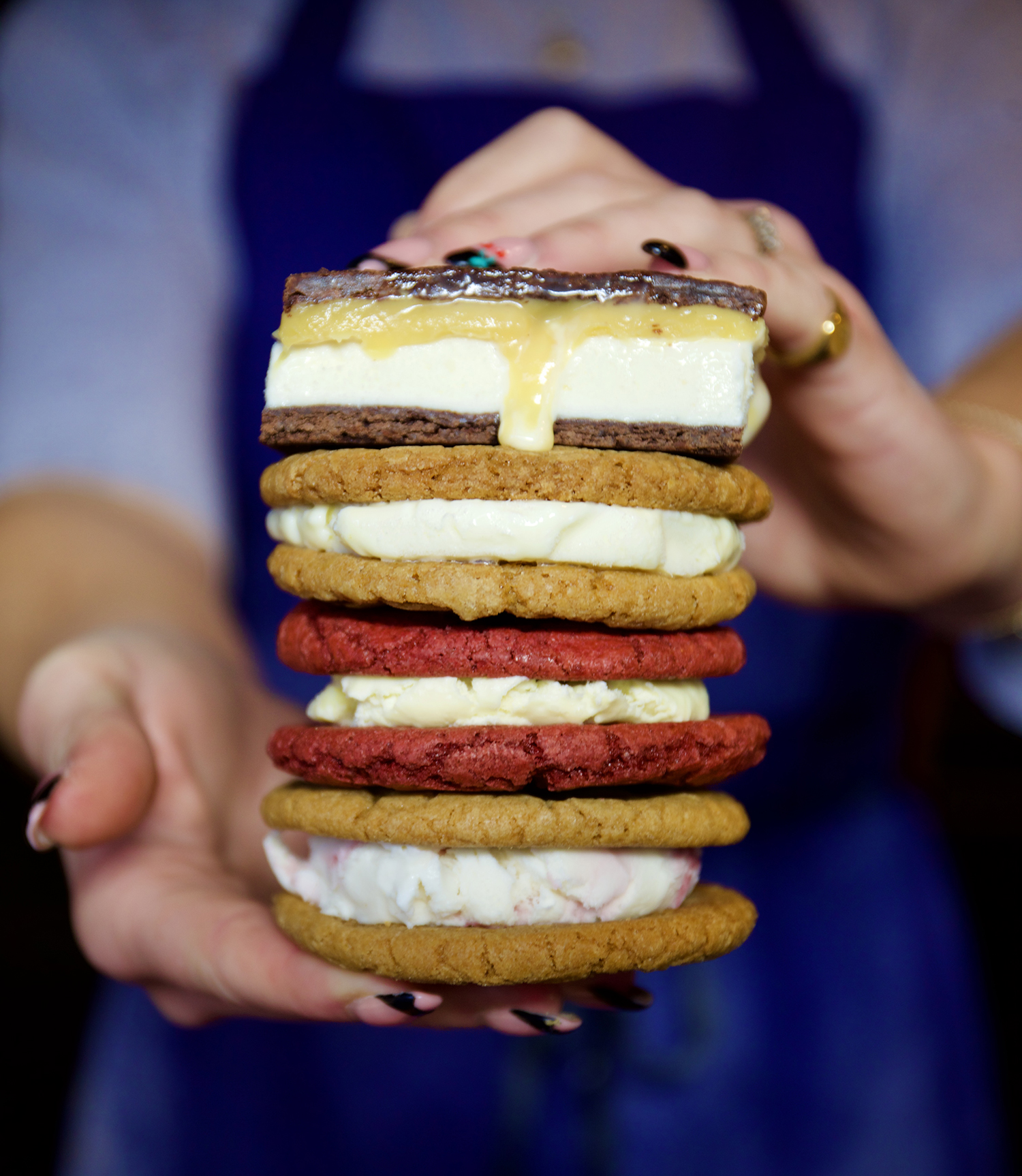 An emphasis has been placed on design, with tiling inspired by the iconic façade of Stretford Mall, multi coloured wood finishes and protest style banners celebrating the joy of pizza, created by Manchester artist, Tara Collette.

Nell’s at Kampus takes the place of Cornerstone, the pub which owners Jonny and Charlotte Heyes had planned initially for this space. 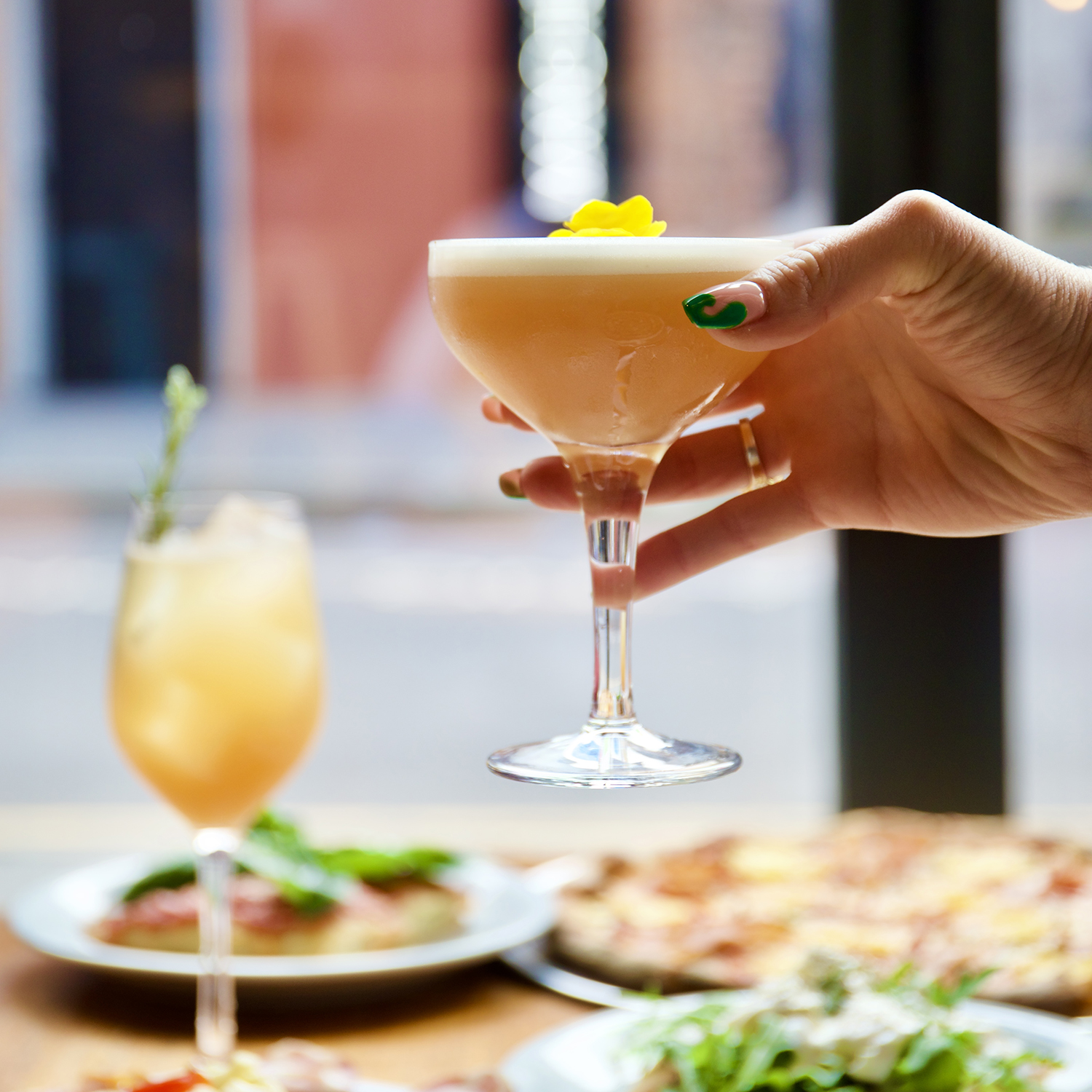 Speaking of the change of plan, Jonny said; “We decided to make a change from our original concept for Kampus. It wasn’t an easy decision, but we felt like so much had changed since we began this project at Kampus and Cornerstone started to feel like a ‘pre-COVID’ idea, which of course it was. Kampus had been intended as the first ever Nell’s but in fact we’re already now operating at two sites.

So much of our focus over the last year has been on Nell’s so we thought it didn’t make sense to have it playing second fiddle to Cornerstone. Now felt like the right time for Nell’s to step out of the shadows and have a place of her own.”

A New Immersive Christmas ‘Dining in the Light’ Woodland Experience