A price point that, considering the quality of the wings, truly defies logic... 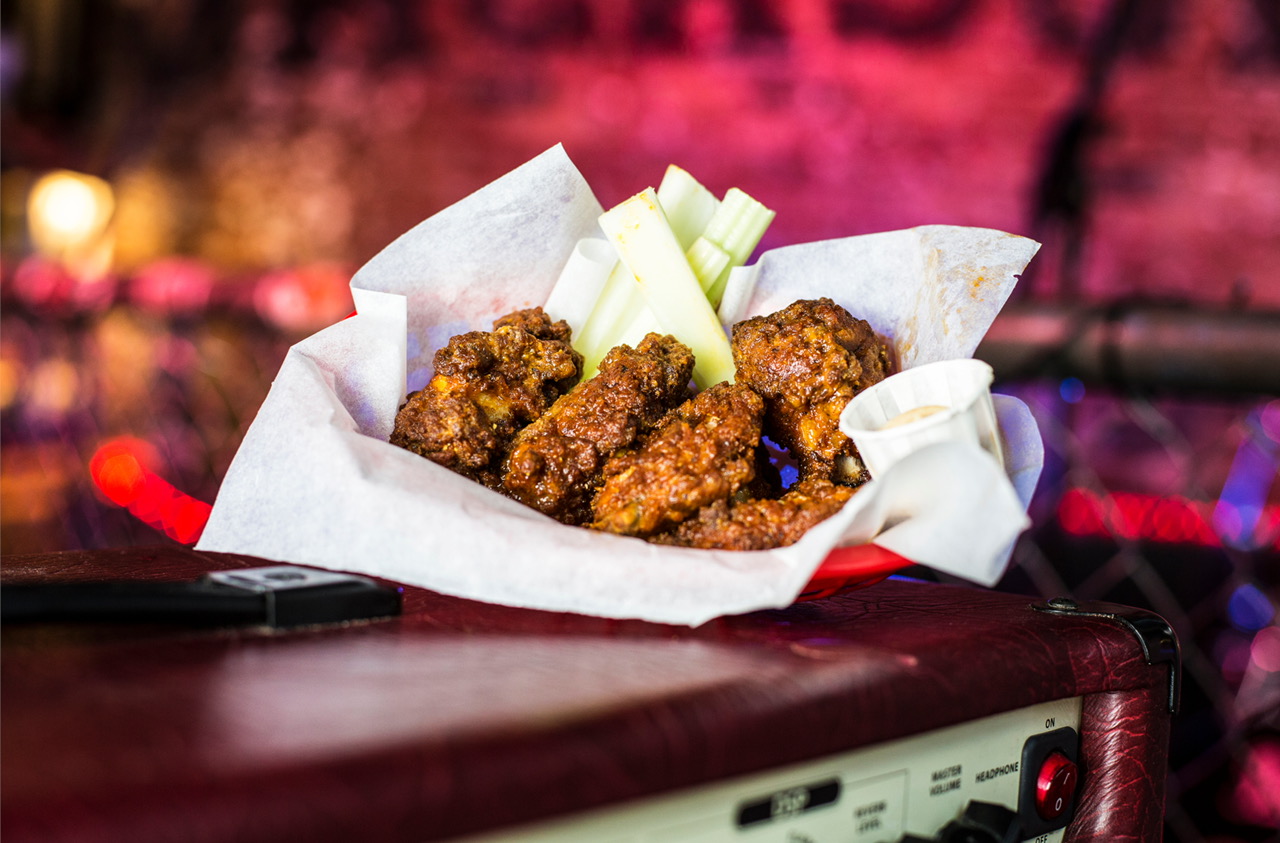 My mum always said to me – you don’t get anything for free in this life. Well, she was wrong. Over the years, as a man who’s seemingly been unable to escape the thin line between peasant and pauper, I’ve managed to hone my skills in getting free stuff all over the place.

One such technique was minesweeping whilst out at clubs. In fact, I once went out to 42’s back in 2007 with £5, had a great time, got leathered and somehow managed to come back with a tenner in my pocket.

In recent years though this has become almost impossible. As the cost of living has skyrocketed since the 2008 financial crash, you’d be hard-pressed not to spend an easy 100 sheets on a night out nowadays, especially when there’s food involved too. If it wasn’t for this job at Manchester’s Finest, it’s likely I wouldn’t have even bothered with a restaurant in the last few years. 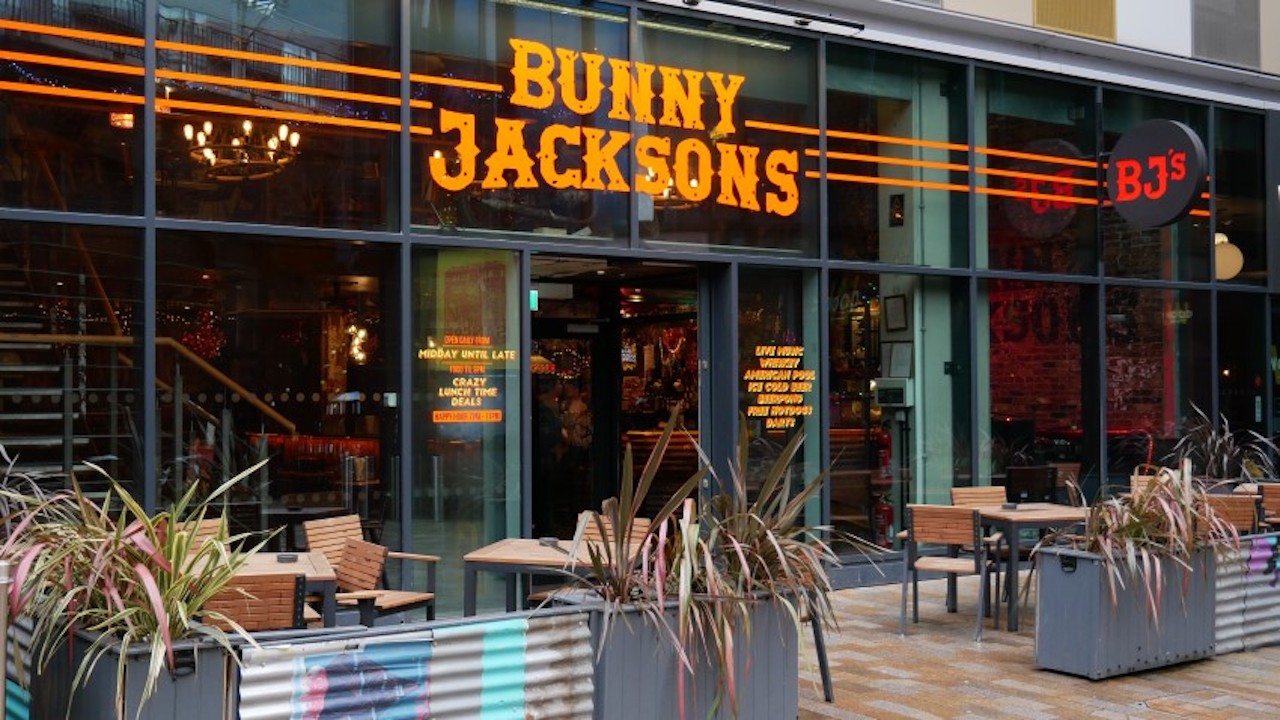 At the tail end of 2018 though, something happened in a bar in the city that changed everything. It meant that whole menus elsewhere would need to be torn up, that whole days would be transformed, and the entire population of Manchester asked the question; “How did they do that?!”

You’ve read the title so you know what I’m talking about. The 10p Chicken Wings at Bunny Jacksons. To say that they ‘changed’ Manchester may be considered by many to be naïve hyperbole – but stick with me on this one.

Before the 10p wing, Bunny Jacksons had played around with a menu of burgers and some pretty special sides, as well as a HUGE 4ft Hot Dog that was both monstrous and majestic in equal measure. But it wasn’t until the success of England in the World Cup of 2018 that things changed forever.

Football was indeed “coming home” and we all pretty much lost our heads. At one point I go SO involved in the footy that I let a random geezer buy the convertible Mercedes I’d just won at Bongo’s Bingo for £500 – but it didn’t matter – as we’d managed to beat Sweden to get ourselves into the Semi Final. 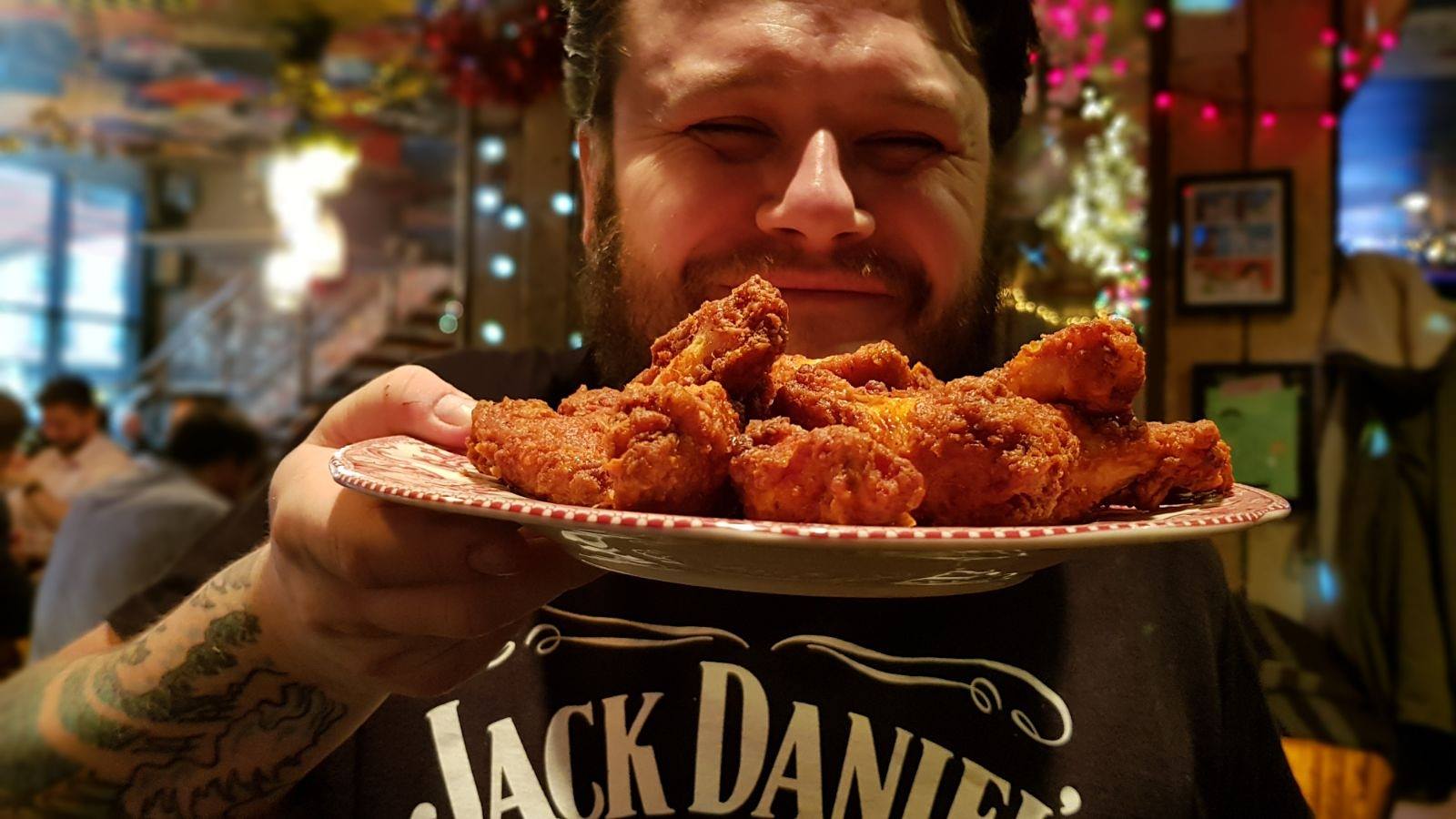 Bunny’s had decided to offer 10p chicken wings during the competition and from there, a hypothetical lightbulb seemingly sparked to life above the head of Lyndon Higginson – the man behind it all.

After a couple of months to sort out the logistics, Bunny Jacksons launched the 10p Chicken Wing on an unsuspecting Manchester public and I think it’s safe to say that it went absolutely coco bananas for those first few months. In fact, it went exceedingly well for pretty much the whole time after that – up until this shitty pandemic and lockdown decided to rear its ugly head. 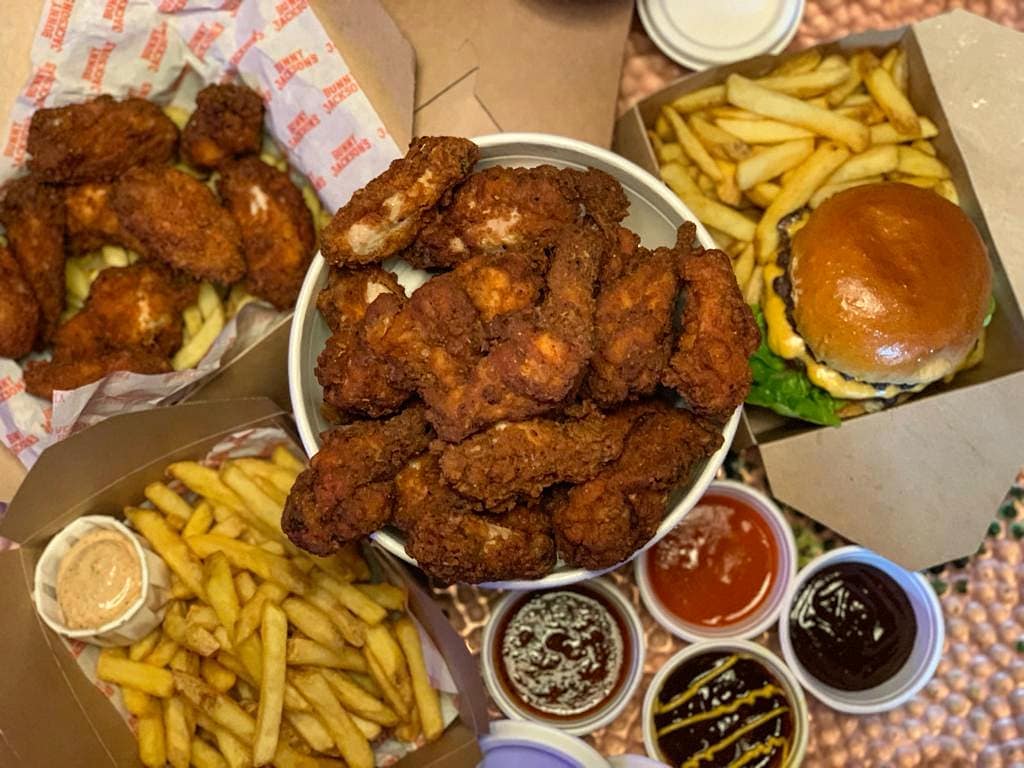 In the ensuing couple of years, the price of the wings has fluctuated as you’d expect – probably due to Brexit (as with everything else) – so as where originally you could get a chicken wing with sauce for 10p, Bunny’s started offering the sauced-up appendages for an extra 10p. 20p for a wing is still impressively cheap though!

Many people began to question the quality and sustainability of the wings – especially when priced at such a low amount. Bunny’s are keen to stress though that all of their chicken is Red Tractor approved (meaning “quality British produce that’s good for you and good for Britain”) and is sourced responsibly from reputable farms with “full traceability from farm to your fingers”.

What’s more, the wings themselves are EXCELLENT. You’re not getting manky witches’ fingers here – where you struggle to get a couple of bites out of each wing – these beauties are juicy, they’re tender and they’re definitely meaty – and they quickly rose to the top of the chicken wing league table in the city because of it. 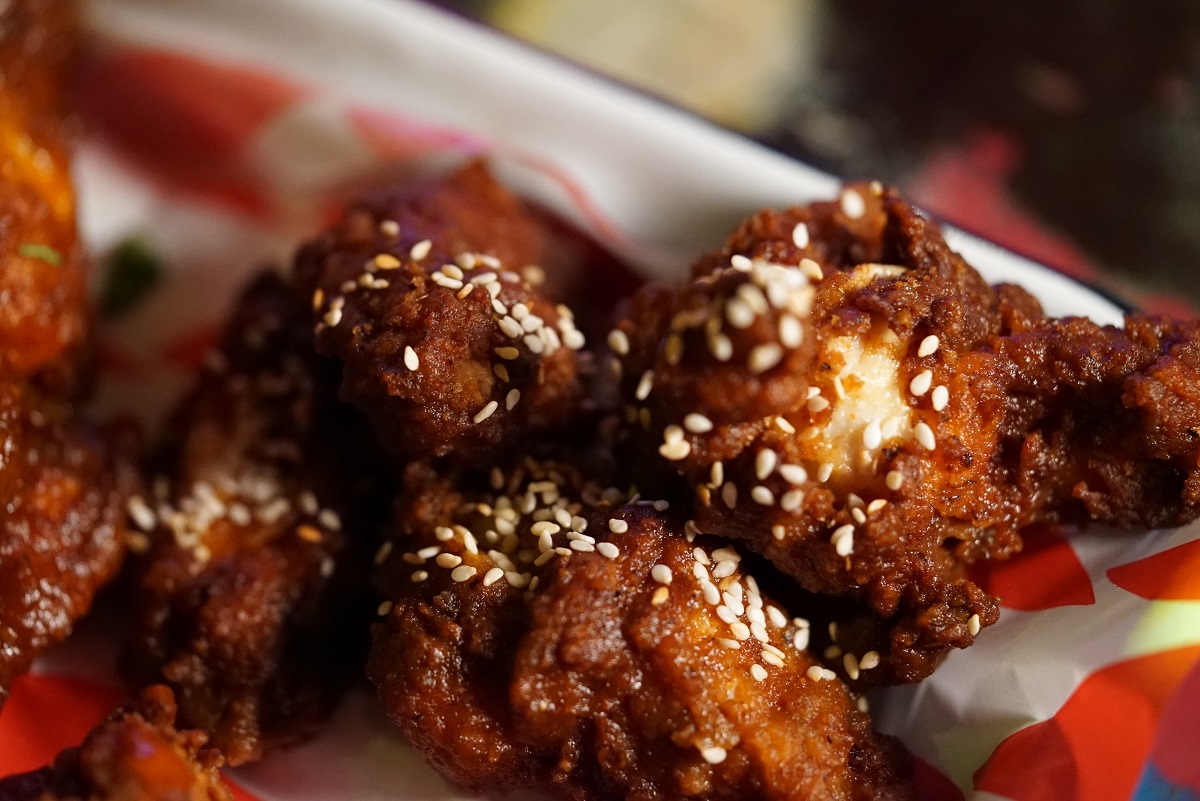 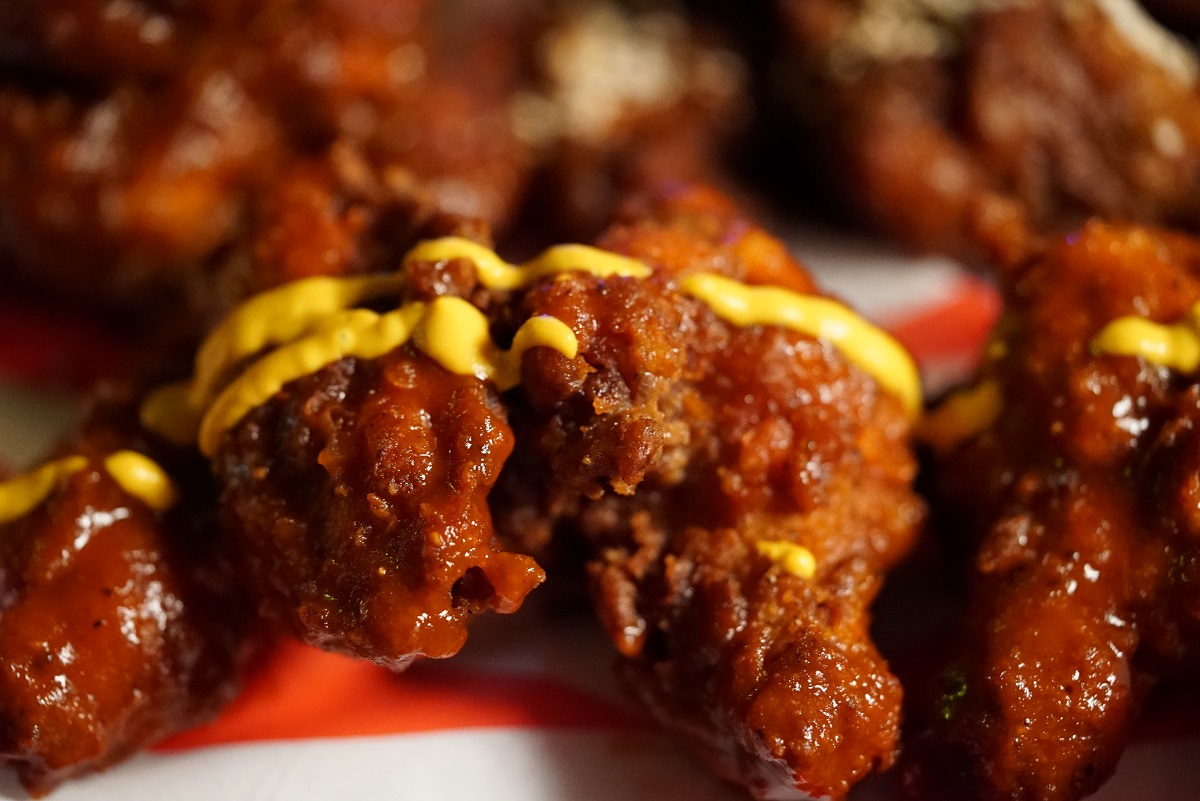 Other venues across the city didn’t know what to do. Whereas previously they’d be charging around £5 for 6 wings, here was a place where you could get 50 wings for the same price – and they were seemingly better quality too! So, they did what anyone else would do – and they went all out to compete.

What appeared throughout the city were special ‘All-You-Can-Eat Chicken Wings’ days, where you head somewhere, pay a tenner and then eat as many chicken wings as you like – which was absolutely amazing I may add. 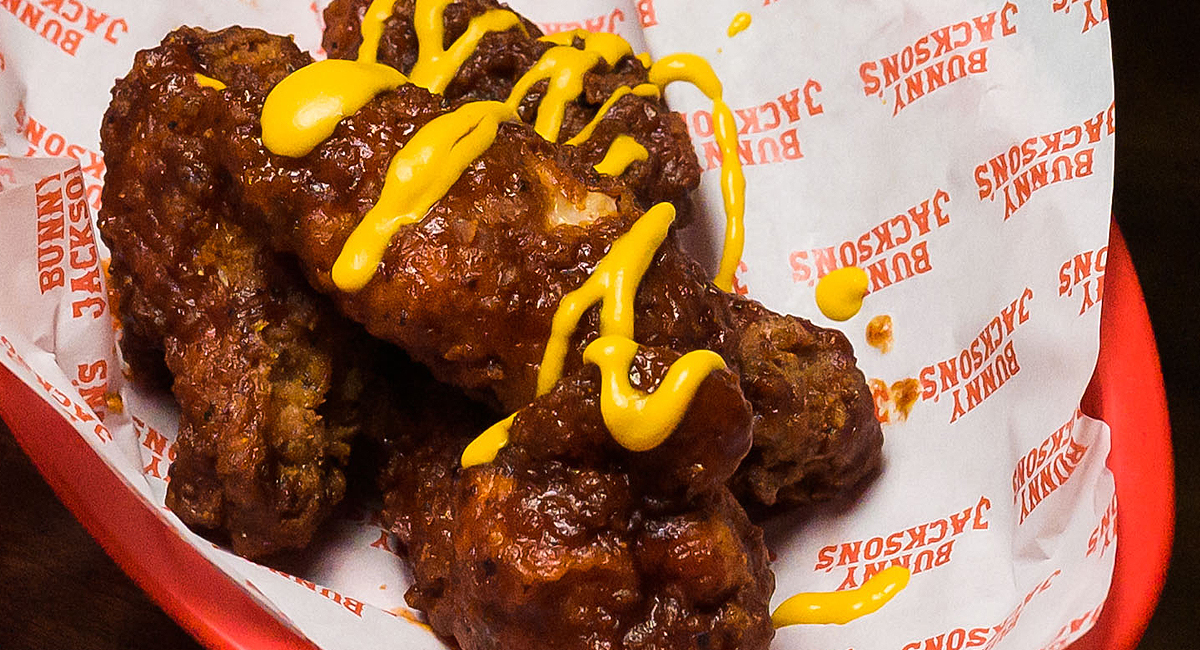 Others just decided to stop doing chicken wings altogether – safe in the knowledge that they couldn’t compete with Bunny’s so why even bother. Better to concentrate on other things instead.

Most places have seemingly remained the same ever since. You can still find some truly wonderful chicken wings out there (I’m thinking South Manny Flavaz, KBOM, Buzzrocks, Old School BBQ Bus), but it’s clear that Bunny Jackson’s has become the city’s central hub for anything even remotely wing-related. 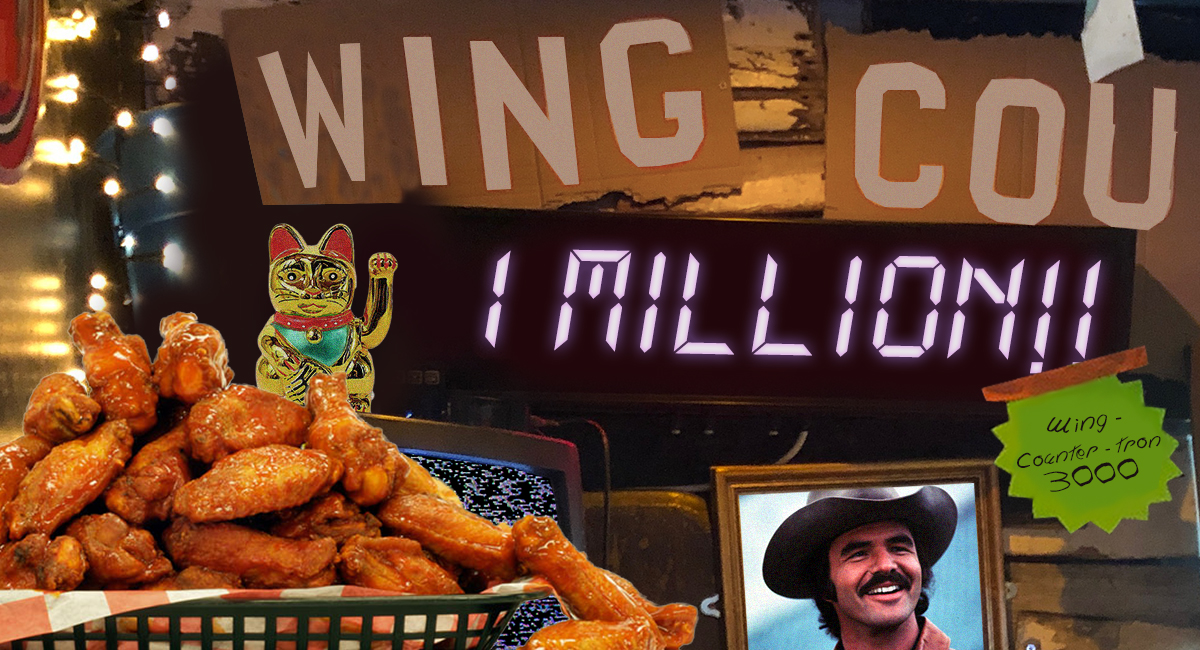 Mainly because they’re so tasty and so cheap – they’re pretty much impossible to beat – and when you add the live music, the cocktails and the general party bar atmosphere – there’s a complete package there that is so attractive to many of us. 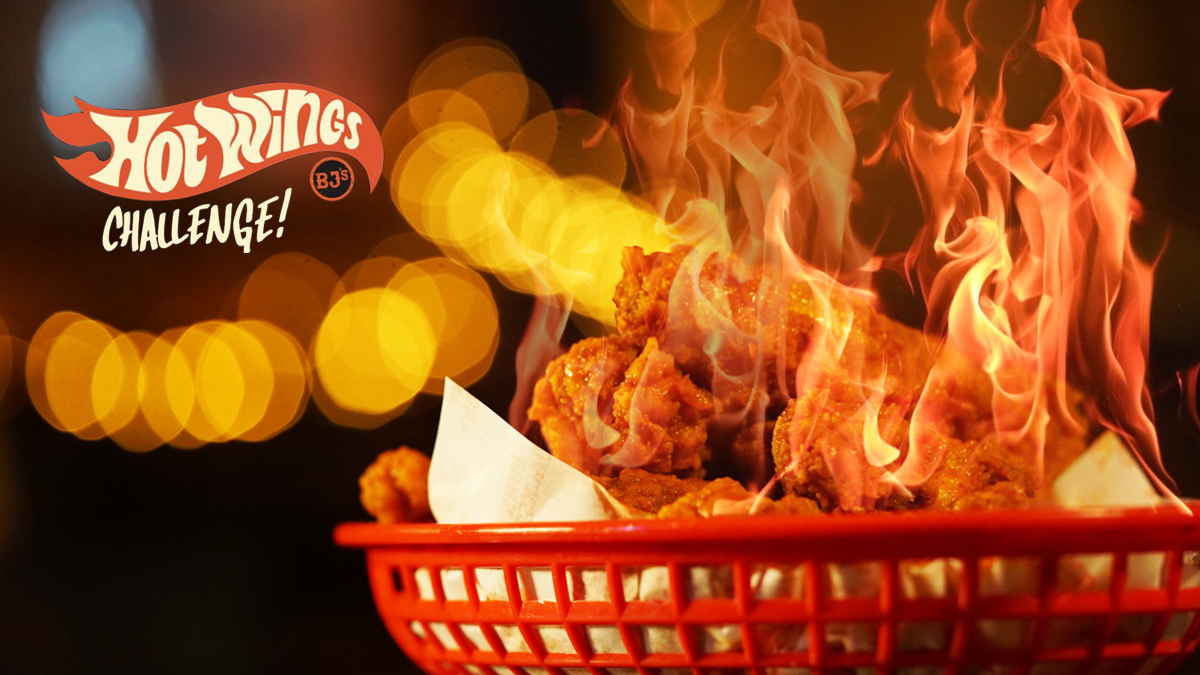 Oh, and Bunny’s also offer a ‘Hotter Than The Sun‘ wing, plus a Hot Wings Challenge that is so ridiculously hot that I’ve seen grown men cry and be sick because of it. Not a place to do things by half, these are easily the hottest wings I’ve ever tasted and if you think you can beat it – be my guest you mad bastard.

The Curious Story of the Gun Shop of Shudehill