Episode 8 saw the contestants tackle dessert week with signature cheesecakes, a Sussex pond pudding and a jelly showstopper that had all those other jelly desserts in awe. 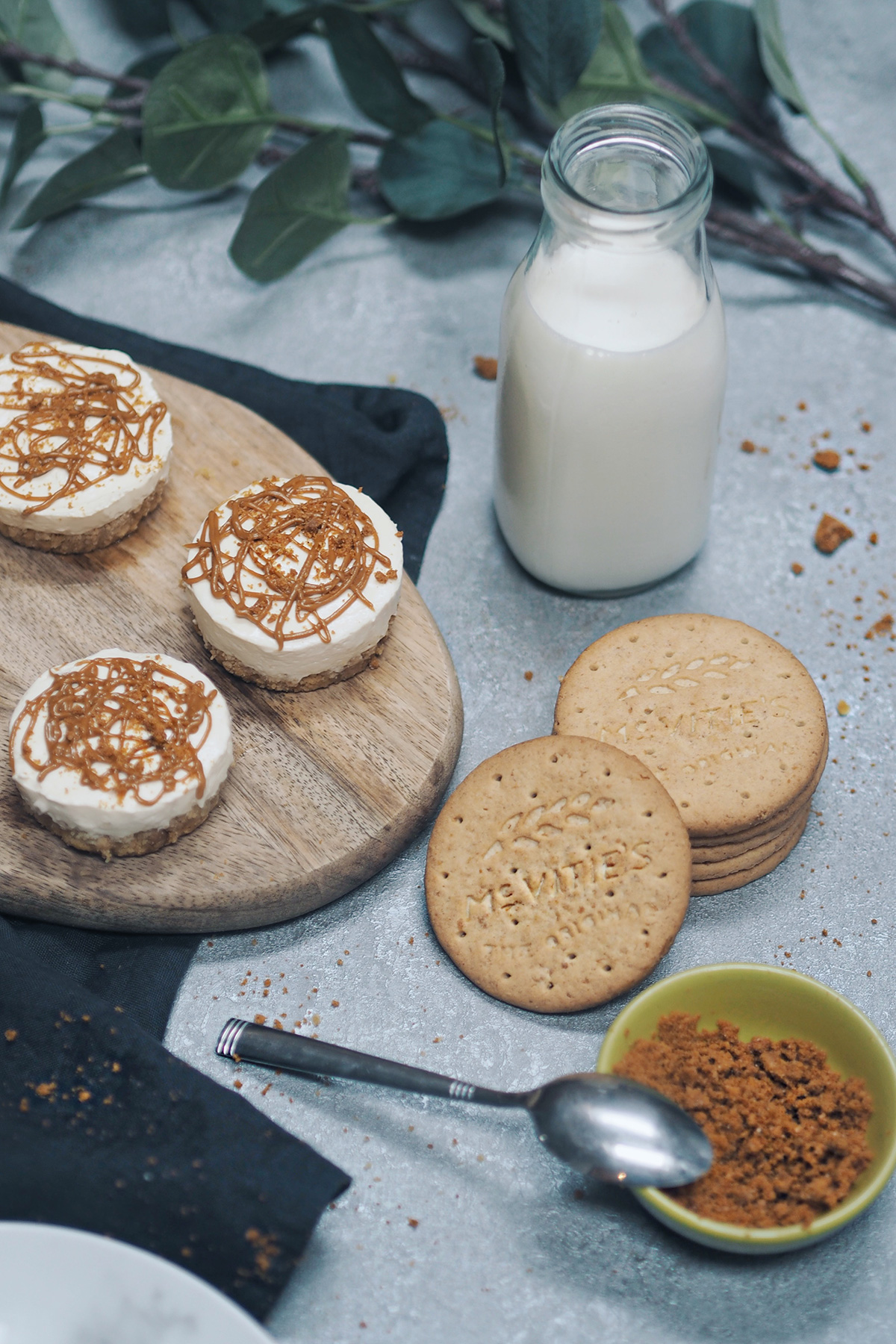 As Hermaine was crowned Star Baker for the second week in a row, we sadly said goodbye to Marc as the remaining four bakers head into the semi-finals. But who will be crowned on the 24th of November?

I don’t know about you guys, but as soon as I saw mini cheesecakes hit the screen I automatically started drooling and heard a faint Peter Kay in the distance saying ‘cheese…. cake, cheese IN cake!’ With the buttery biscuit base made of McVitie’s Digestives, manufactured right here in Manchester, this week’s recipe was a no-brainer; No-Bake Biscoff Cheesecake Minis. I don’t know why, and I don’t know how, but Lotus Biscoff seems to have taken the world by storm recently, so I’ve threw that into the mix to create these perfectly miniature, but of so delicious, mini cheesecakes for the ultimate after dinner treat.

For the base:
250g digestive biscuits
100g melted butter

1. Line the muffin tray with the cupcake cases. Place the digestive biscuits into the sandwich bag and seal tightly. Using the rolling pin, bash the biscuits until a fine crumb forms. Place the mixture into the bowl along with the melted butter and stir until the biscuit crumb is coated.

2. Spoon 1-1.5 TBSP of the mixture into the cupcake cases and press down with the rolling pin until compact. Place in the fridge for around an hour until firm. 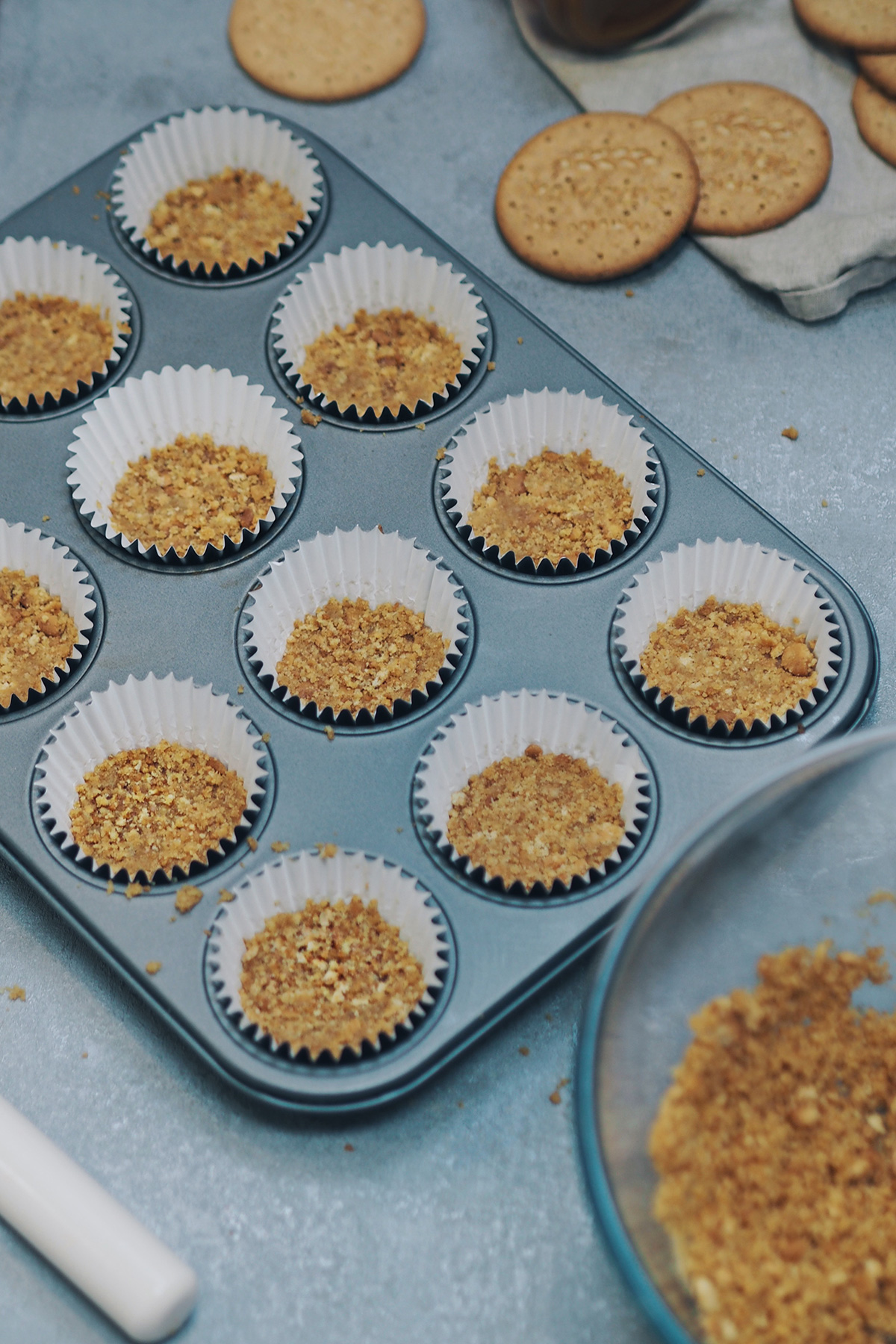 3. Next add the soft cheese to the mixing bowl (making sure it’s clean and dried) along with the icing sugar and vanilla essence. Using the electric mixer, mix until combine. Add in the double cream and 3 TBSP Biscoff spread, continue to mix until firm. Spoon the mixture into the cupcake cases, working from the outside into the middle. Using the back of the spoon, smooth down until flat. Place back in the fridge overnight. 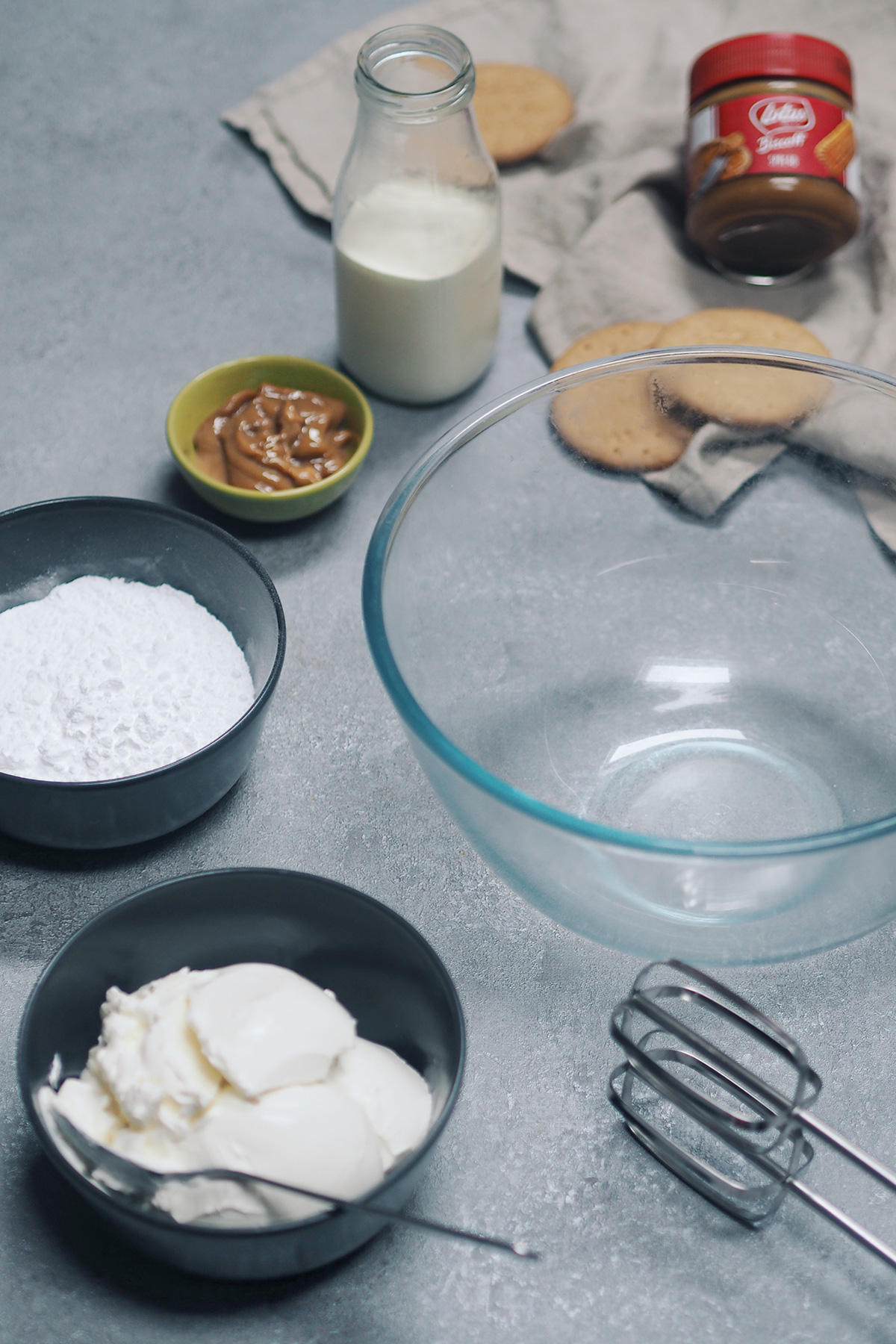 4. Take the cheesecakes out of the fridge and remove from the cupcake cakes, smooth down the top and sides until flat and smooth 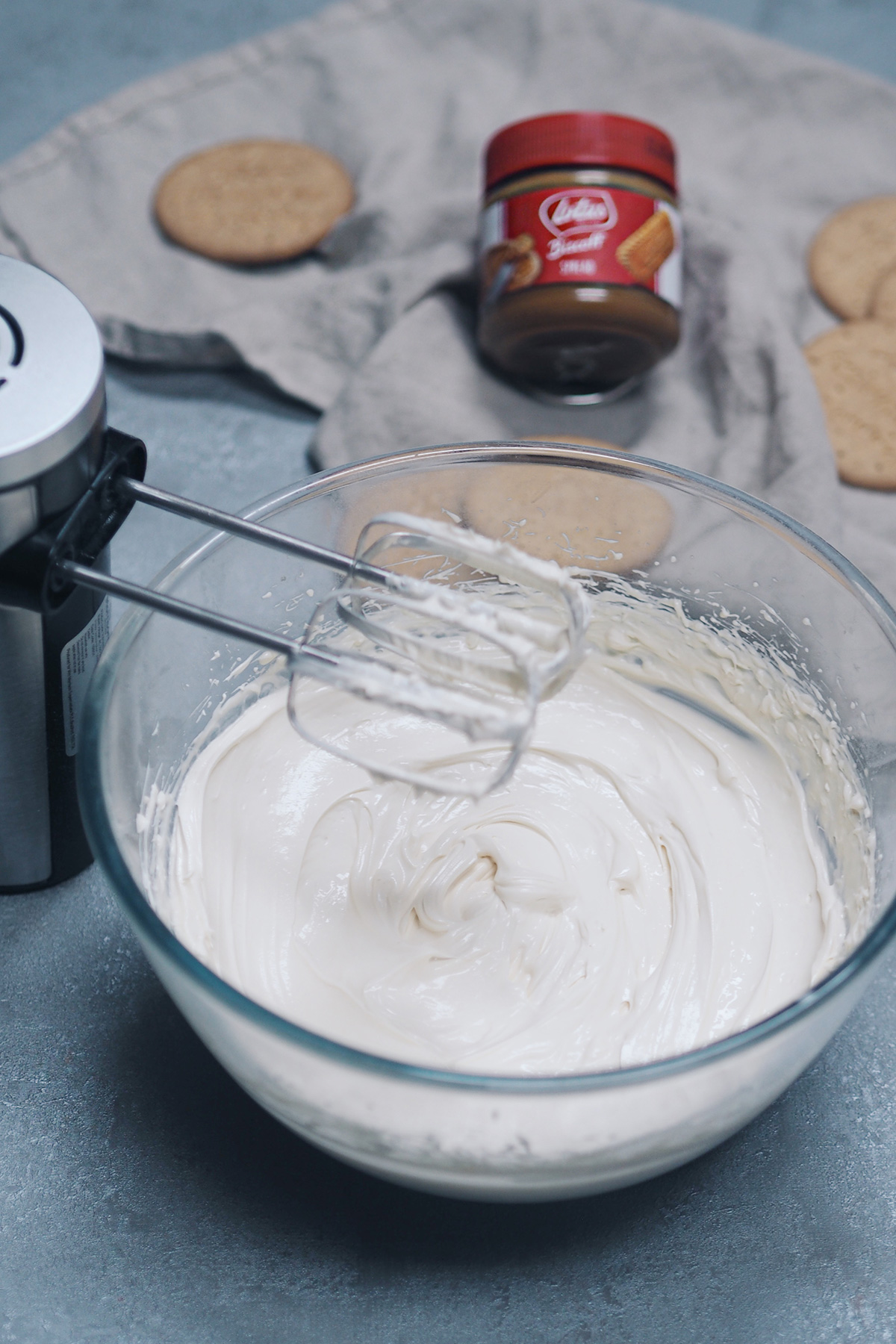 5. Next take the remaining Biscoff spread and place in the microwavable bowl. Heat in 30 seconds intervals until melted but not hot. If it does get hot, leave to cool at room temp but stir frequently so it doesn’t harden. Add the melted Biscoff spread to the remaining sandwich bag and snip a hole in one of the corners. Drizzle the Biscoff over each of the cheesecakes top with crushed Biscoff biscuits. Pop back in the fridge for around 30 minutes or until ready to serve. 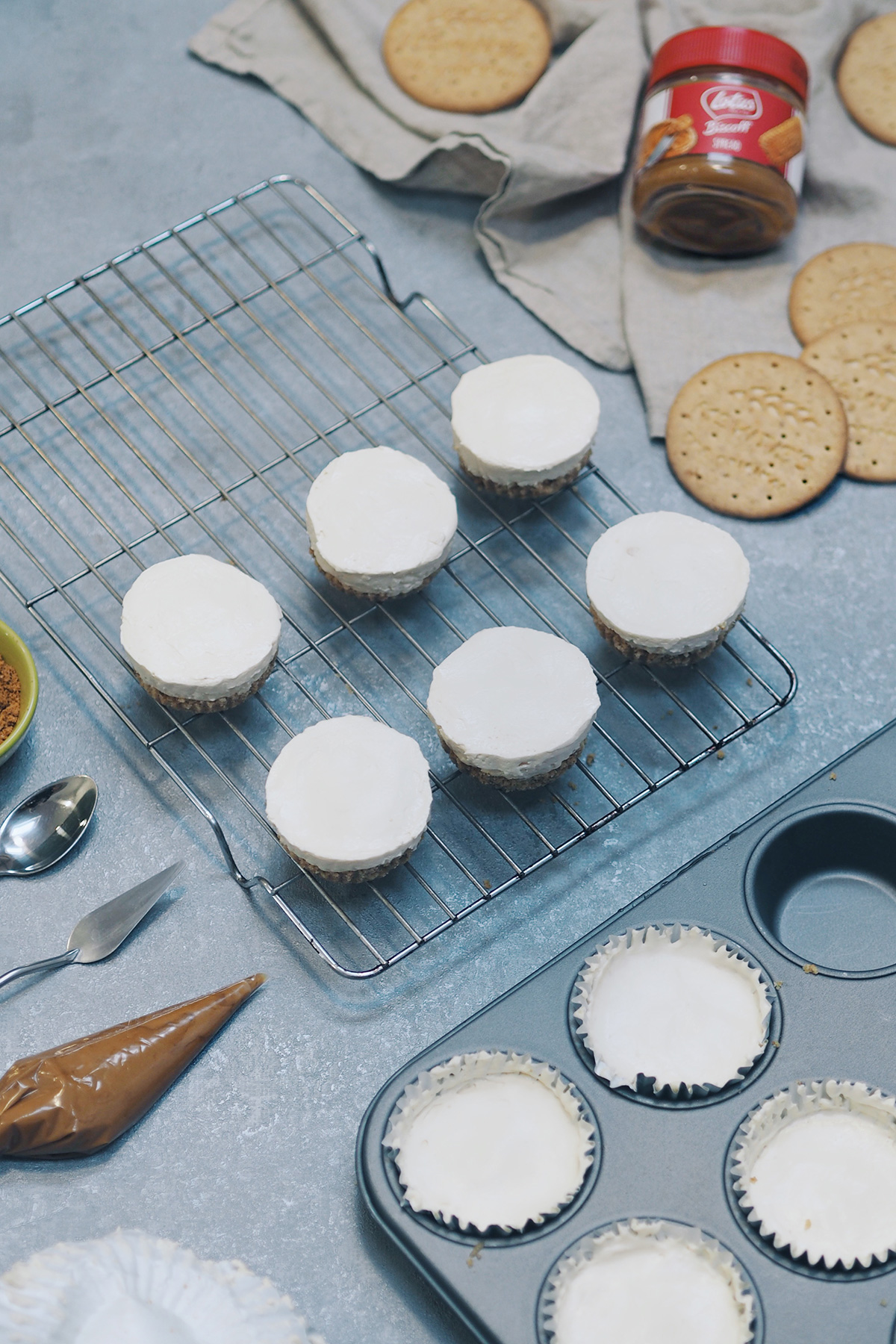 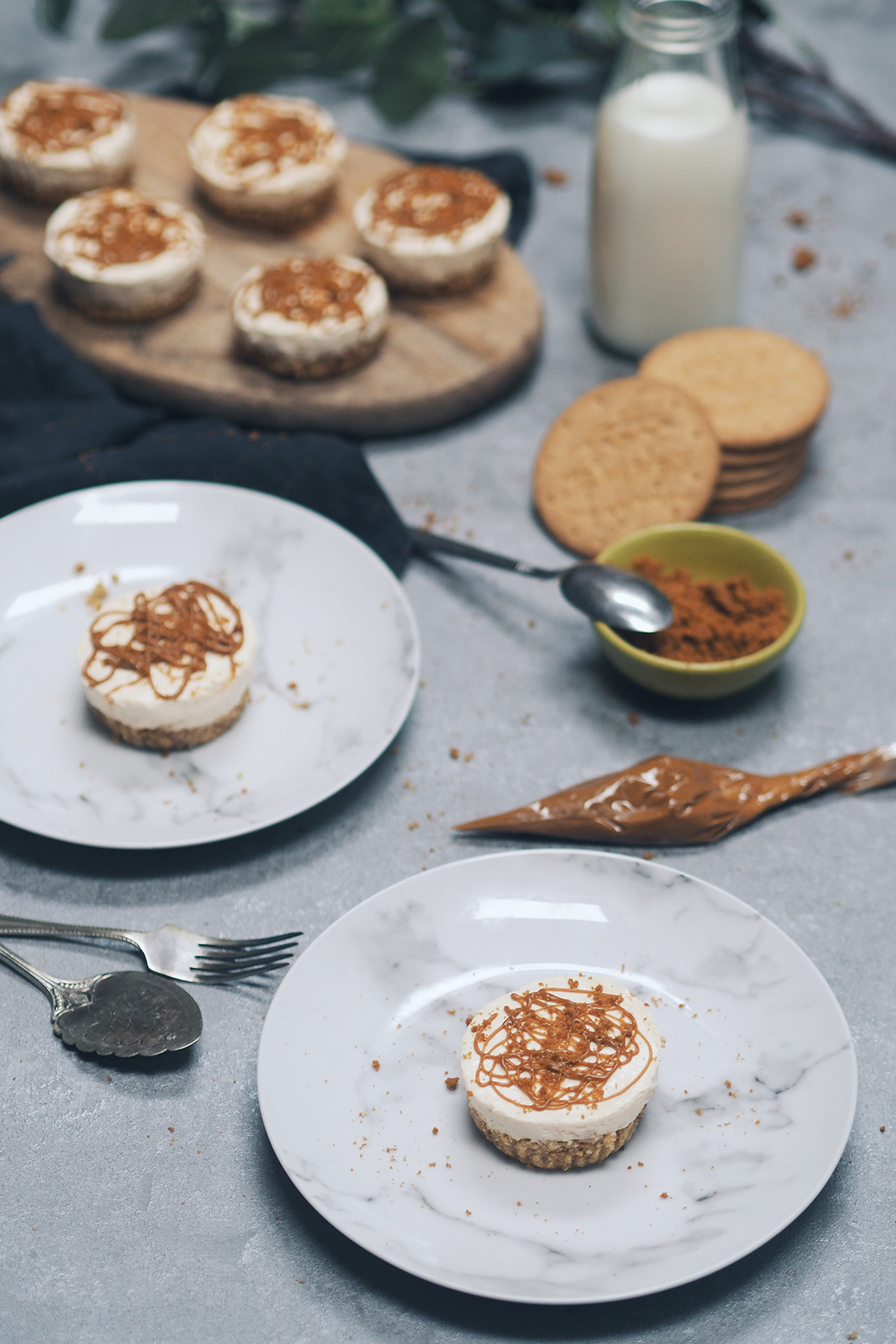 Hit us up if you try this recipe, I’d love to see your posts on Instagram! Tag @thefoodrubiks and @mcrfinest in your pictures.

Stay tuned for more bakes and cakes over the coming weeks…