From a Pizza Tent at a Pub in Withington to their own Northern Quarter Restaurant in a Month!

The neapolitan pizza joint has moved into its permanent location at Stage and Radio after a short stint at the Orion in Withington. 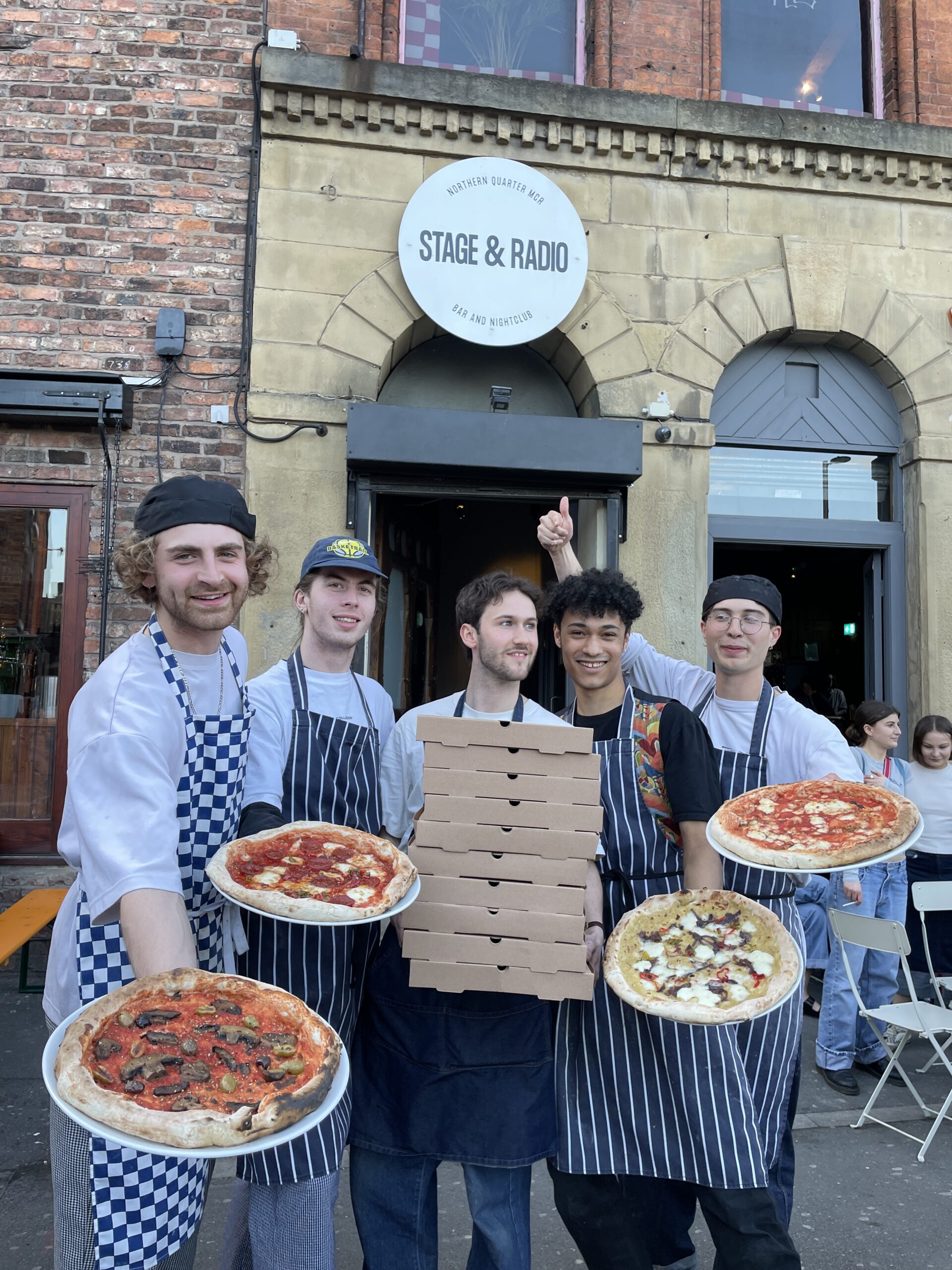 Founded by a bunch of scruffy haired lads residing in South Manchester, Talk To Me pizza has recently opened its doors at a new location in Northern Quarter.

Finding its home at Stage and Radio, the four owners, Lucas, Obi, Ben and Joel met working together in a pizza restaurant.

Finding it difficult to get along with their manager, the quartet decided to take matters into their own hands, leaving their jobs and combining their pizza expertise to start Talk To Me. 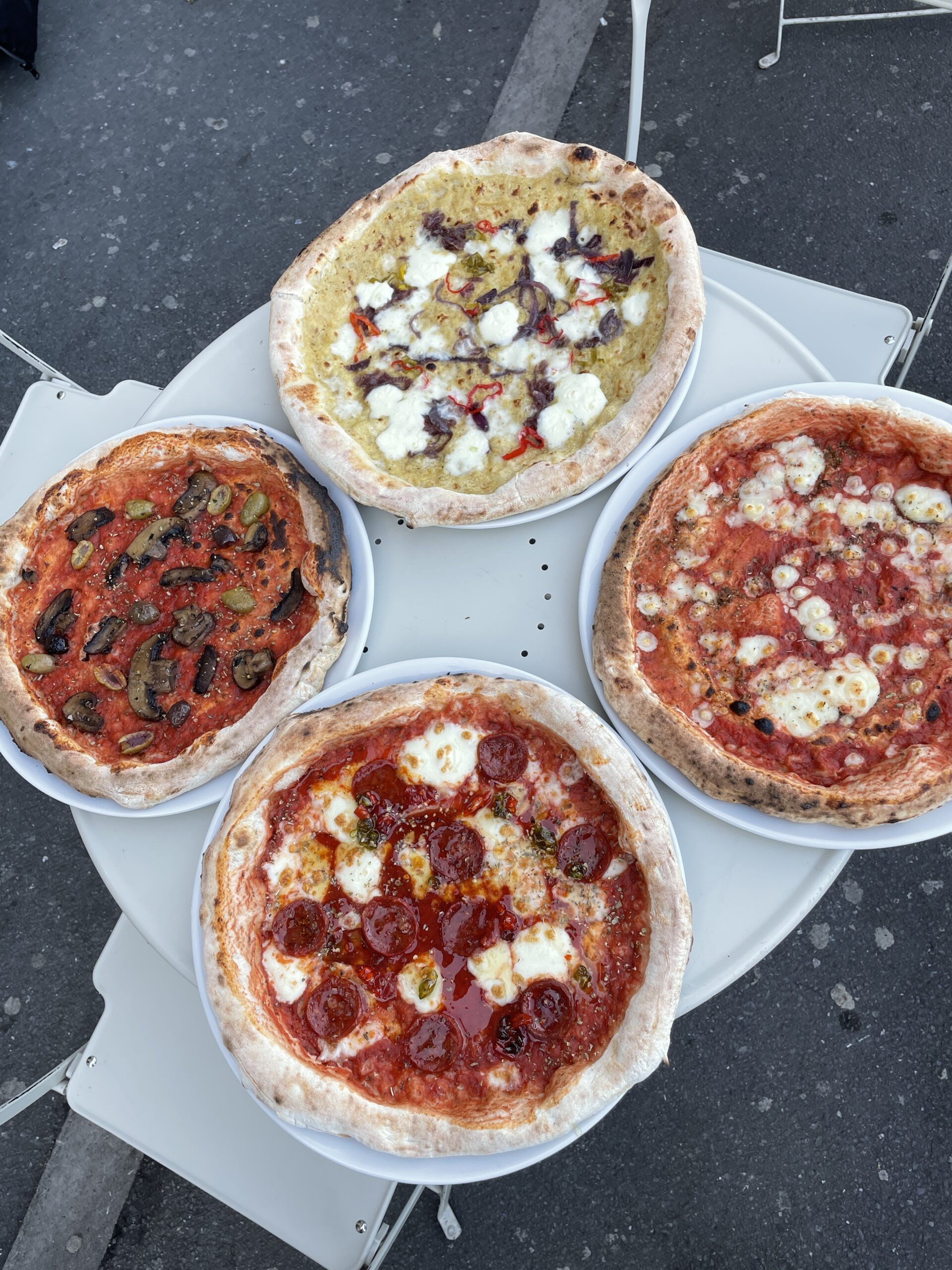 The pizza joint’s journey began out of a tent in the Orion pub in Withington and the four lads have quickly made a name for themselves, serving some of the finest pizza that pairs delightful with a well poured pint of ale.

We made the journey to Talk To Me’s launch party earlier in the week and were seriously impressed, it’s not hard to see (well, taste) what all the fuss is about.

There were massive crowds that turned up to sample their signature neapolitan style pizza, which come with a range of tasty toppings and a menu of well-matched sides. 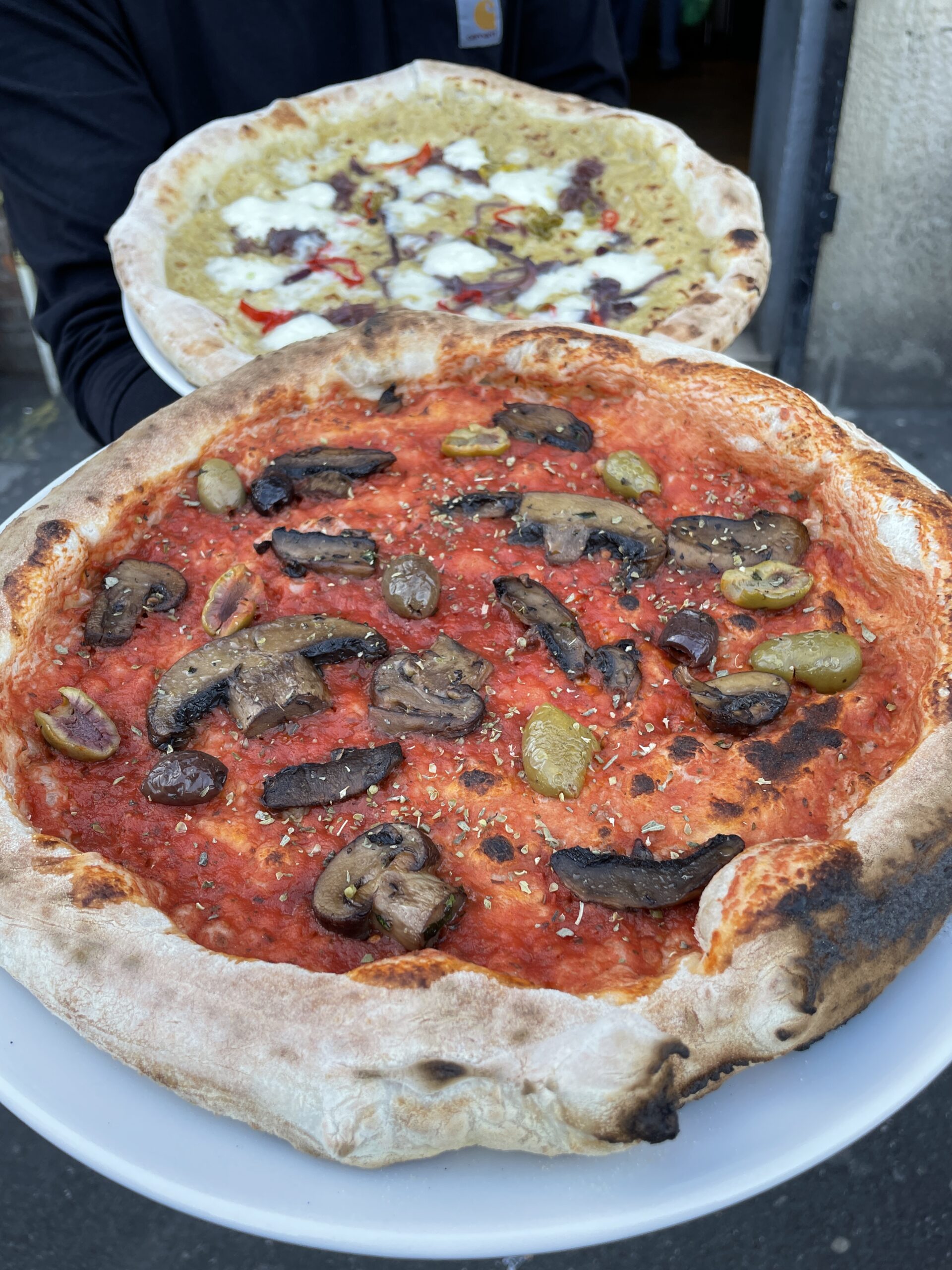 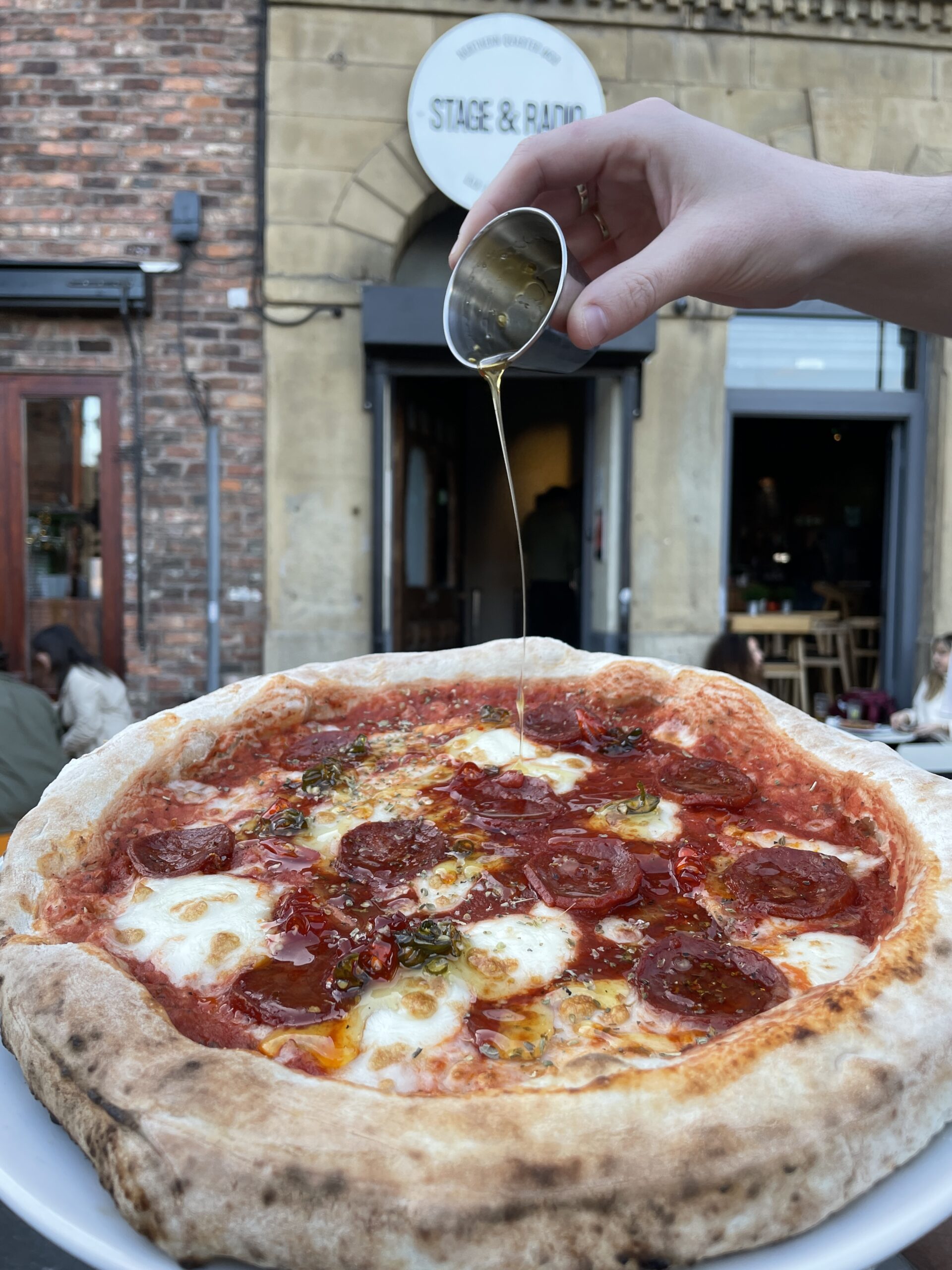 When we made the trip, we had the classic margherita, along with the pepperoni and the vegan olive and mushroom.

We also tried the unique plantain based pizza, which comes with mozzarella, caramelised onion, pickled scotch bonnets and garlic oil. This one is seriously spicy and weirdly works – we would highly recommend giving it a try if you’re making the trip! The dips were banging, too, all made fresh in house. 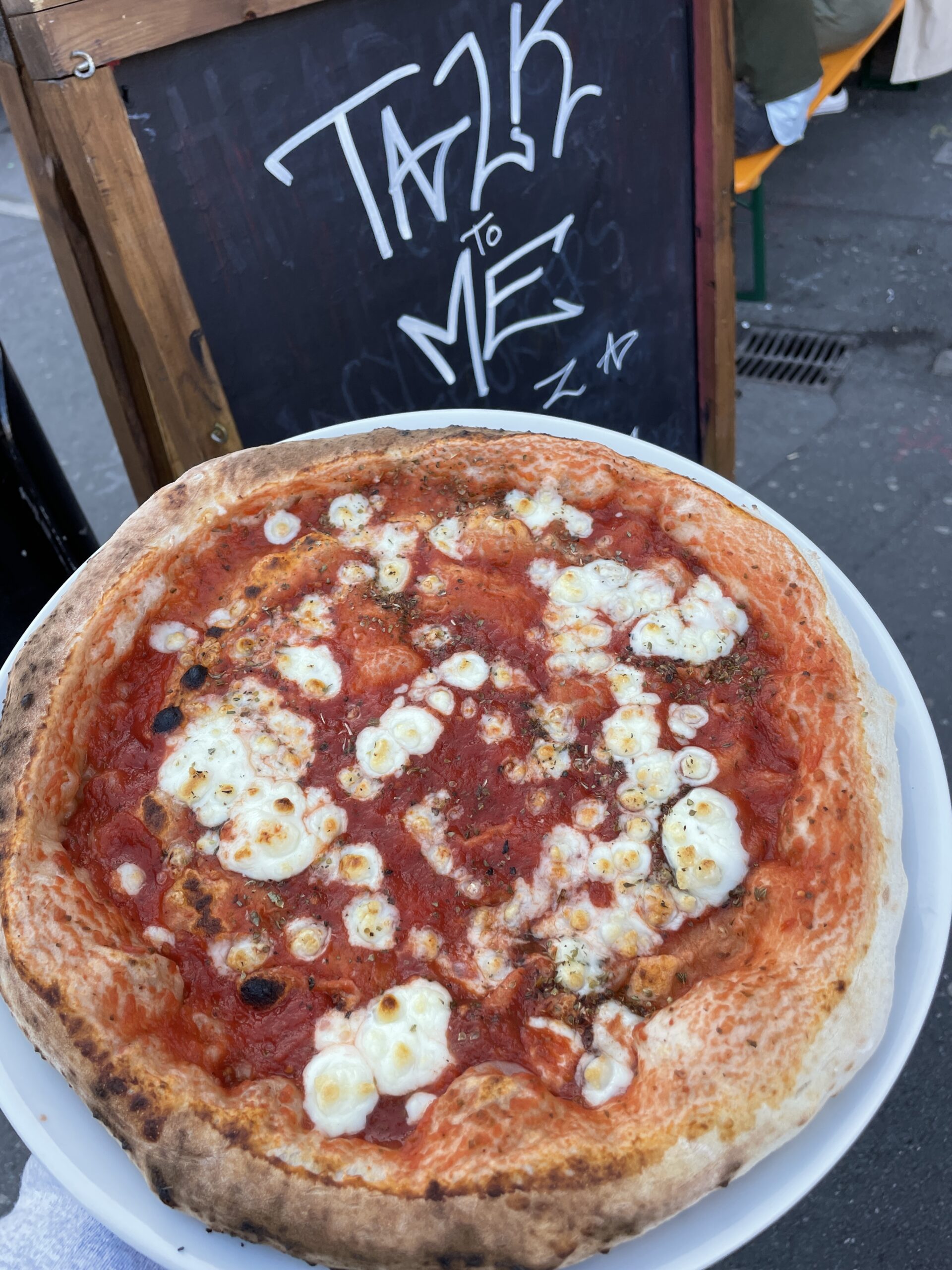 Talk To Me’s side dishes include dough balls, halloumi, a gnocchi salad, and garlic bread. They’re a great addition to any meal or as a quick snack on their own. You can tell the boys have put a lot of time and effort into their menu, and it’s paid off as the food sticks in your mind, making you want to come back for more.

Talk To Me is open Wednesday to Sunday at Stage and Radio, with 20% discount available on both Wednesday and Thursday. The lads also said that they’ll soon be available on delivery apps, so keep your eyes on their page for more details on this.