Lucky Mama's have opened up their permanent site in Chorlton this week! 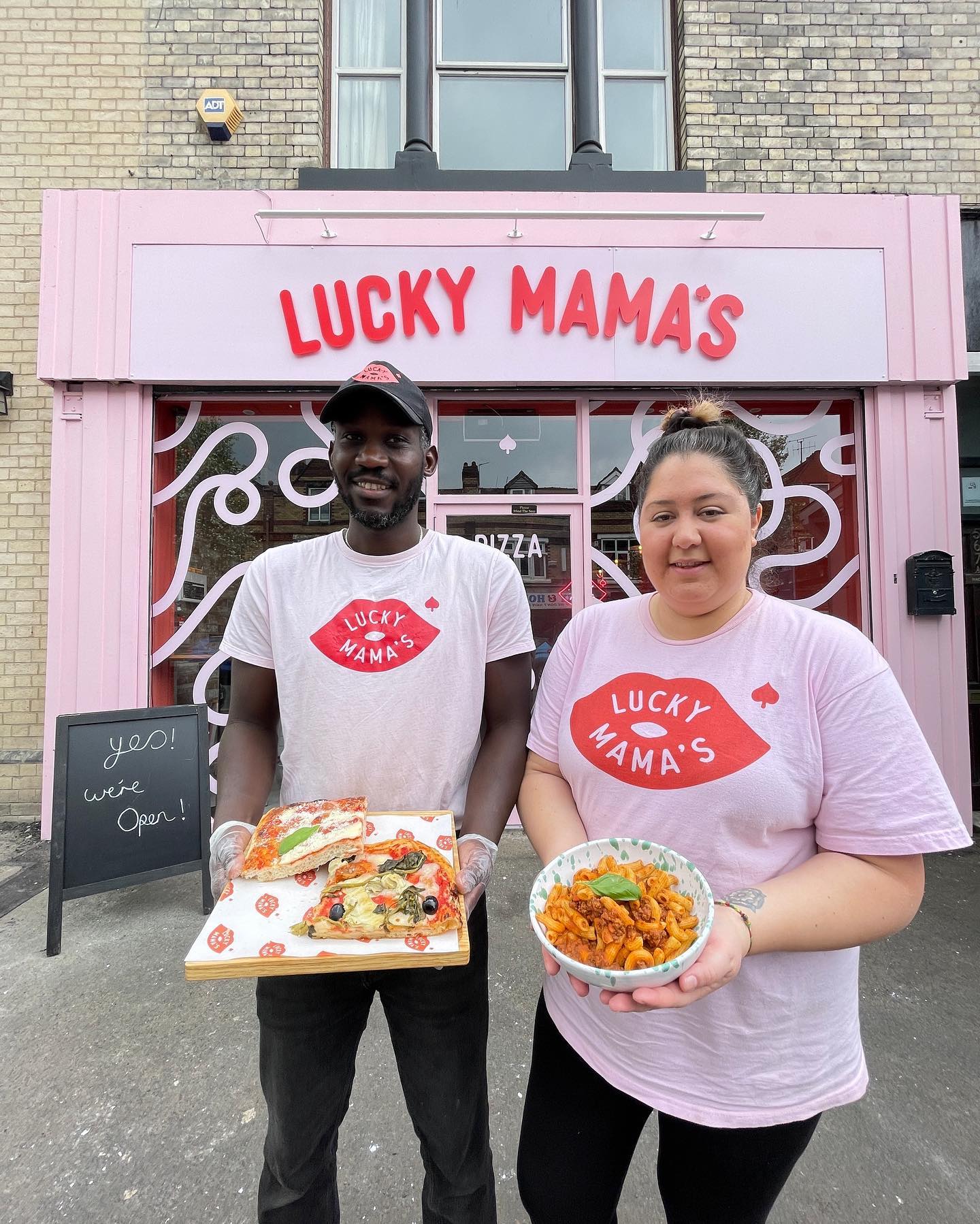 Eccles favourites Lucky Mama’s are now set up permanently in Chorlton, with the opening of their very own permanent restaurant on Barlow Moor Road, right next to Jasmine.

It’s been a rollercoaster journey for Mamadou and Gaby, the brains behind the concept – as their journey from serving food out of a trailer in their backyard on Edison Road in Eccles during the pandemic, to a full-on restaurant is complete. 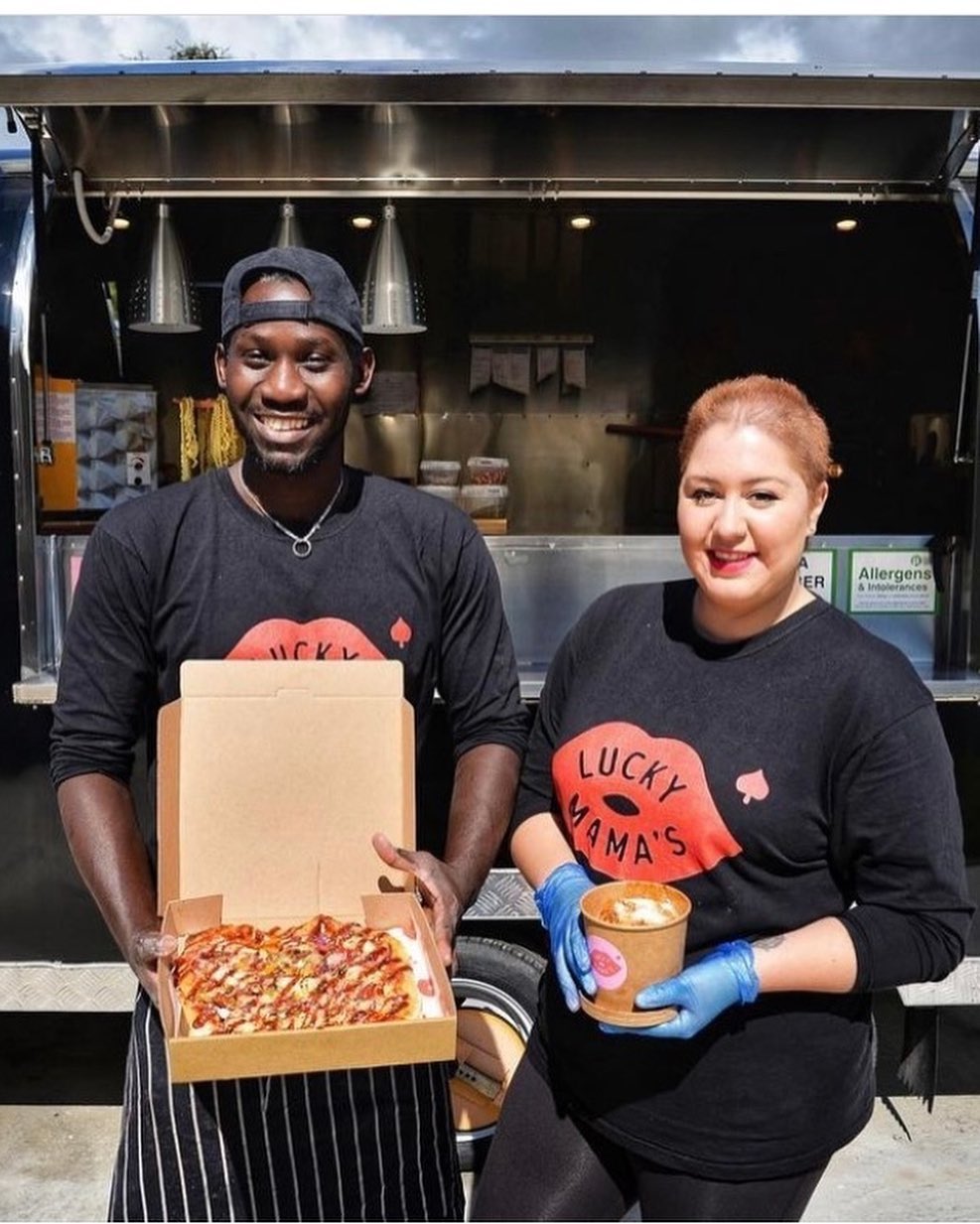 The Lucky Mama’s concept is as unique as it is exciting, taking in a cacophony of influences from both of its owners, including Mamadou’s Senegalese heritage and Gaby’s half-Spanish, half-Chilean roots all going into everything they cook up.

Lucky Mama’s is essentially a pizza and pasta joint, inspired by Mamadou’s childhood growing up in Italy but with all of those other culinary influences thrown in there.

The space is very welcoming, especially with the sight of fresh steaming focaccia and square pizzas on the counter as soon as you enter. We went for the square margarita, pepperoni, and Verde, along with fresh pasta which is made daily on-site. 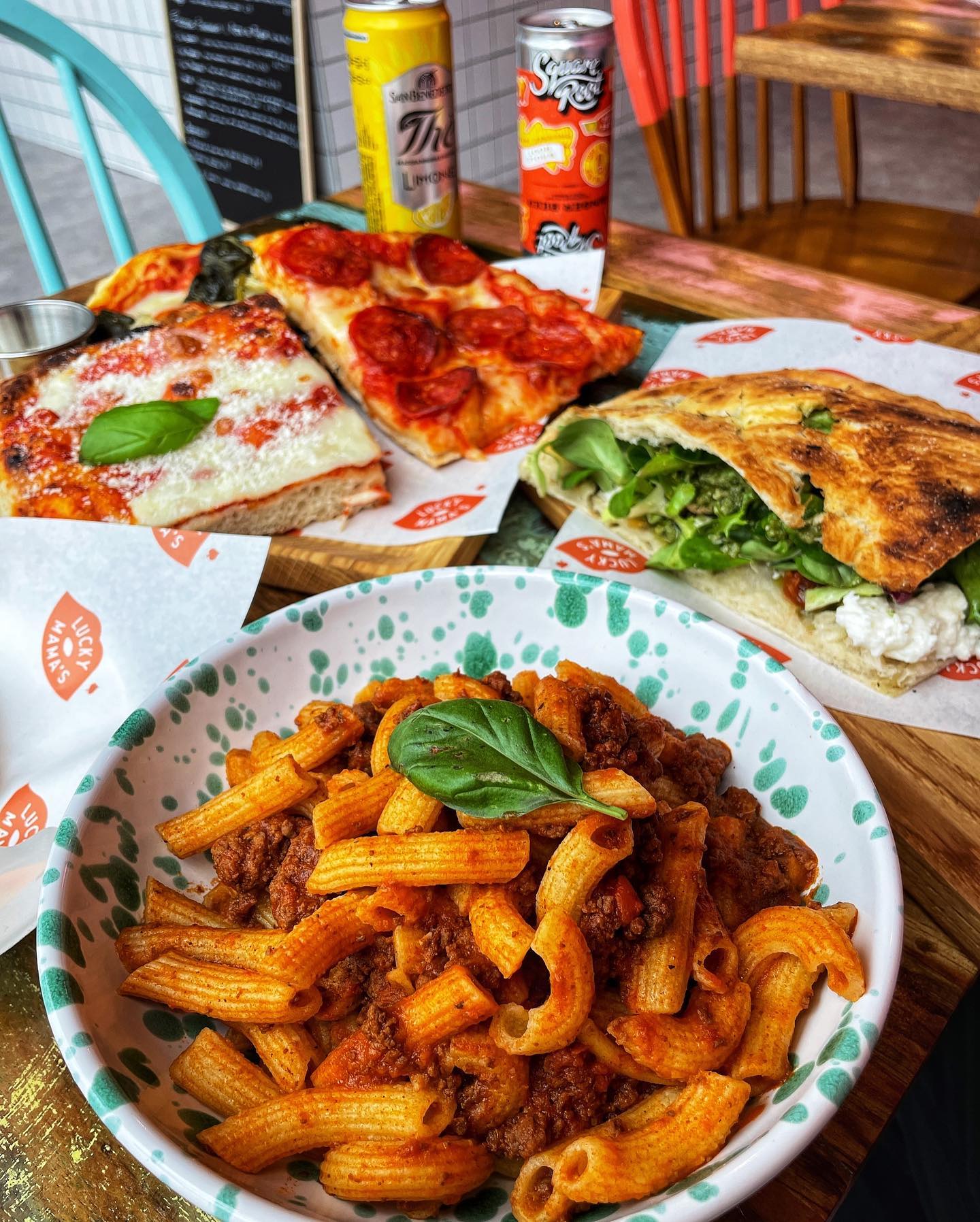 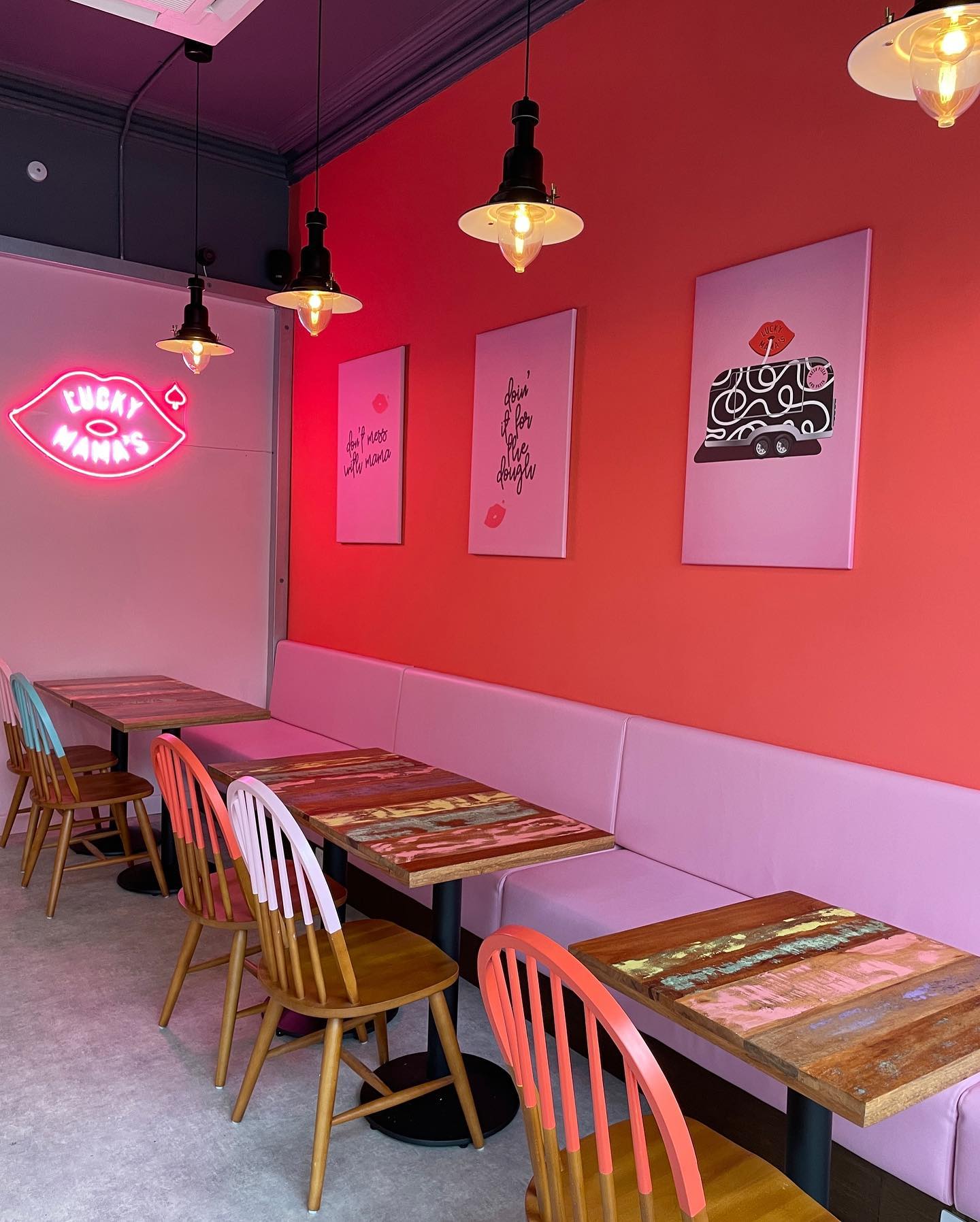 They make all their pasta on-site, it’s done right in front of you, and you can choose any sort you fancy.

We were immediately drawn to their Old School Ragu Bigoli (from £6.75) – a particular favourite of Mamdou and a dish that is inspired by his childhood in the Veneto area of Italy.

“Bigoli is a long, thicker than spaghetti pasta, and in this dish it is combined with our slow cooked Ragu using simple and fresh ingredients.” That’s halal beef mince, onions, carrots and celery – all coming together to create a pasta dish that’s impossible not to absolutely love! 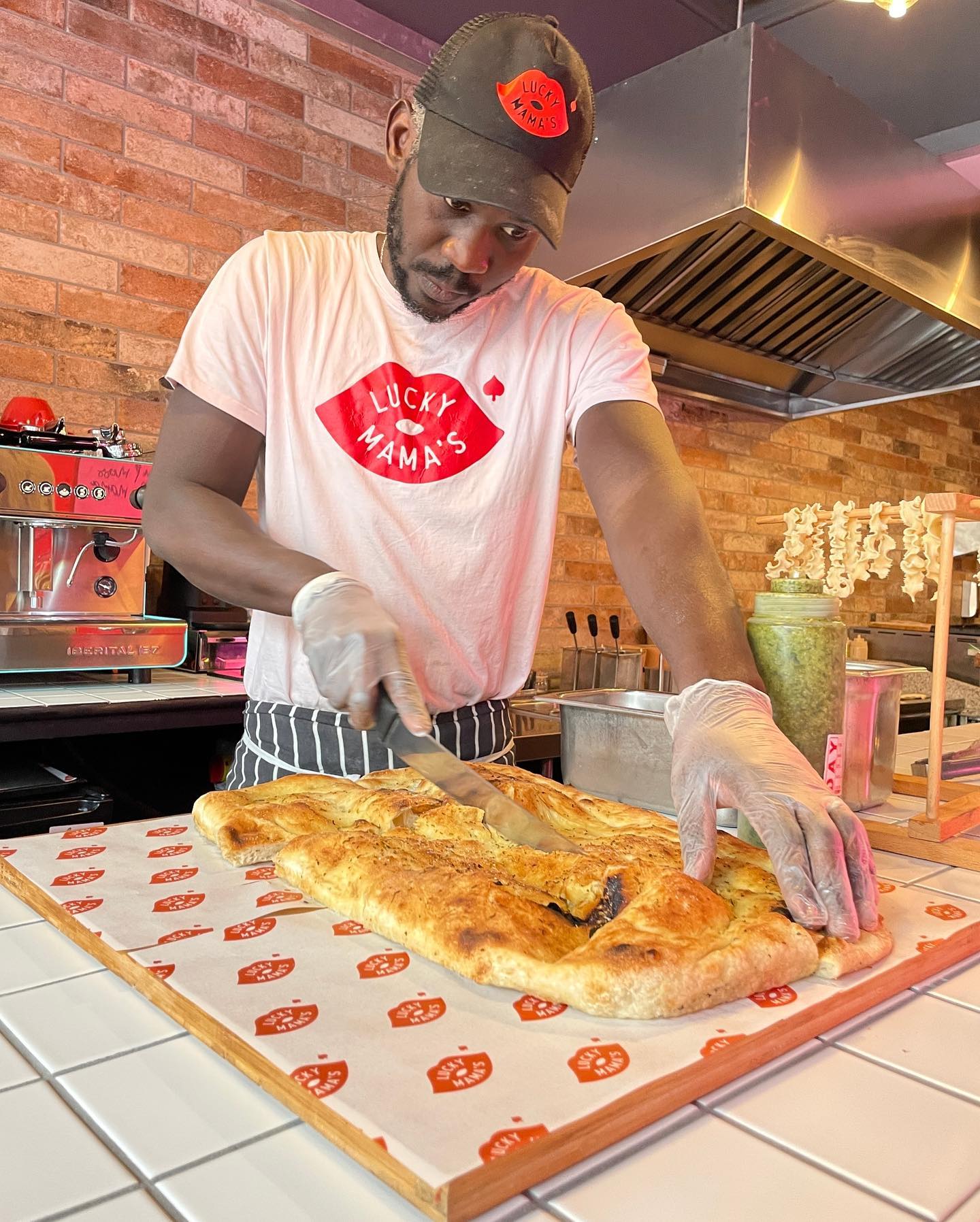 We also tried their Rasta Pasta Malfadine (from £6.75) – a unique Lucky Mama’s recipe that you just won’t be able to find anywhere else. Again – it was outstanding.

Lucky Mama’s also, naturally, offer up freshly-made pizzas, using their own 48-hour cold proof dough. “We make authentic Neapolitan pizza with a softer dough here” – so you should expect a fresh, but potentially messy experience! 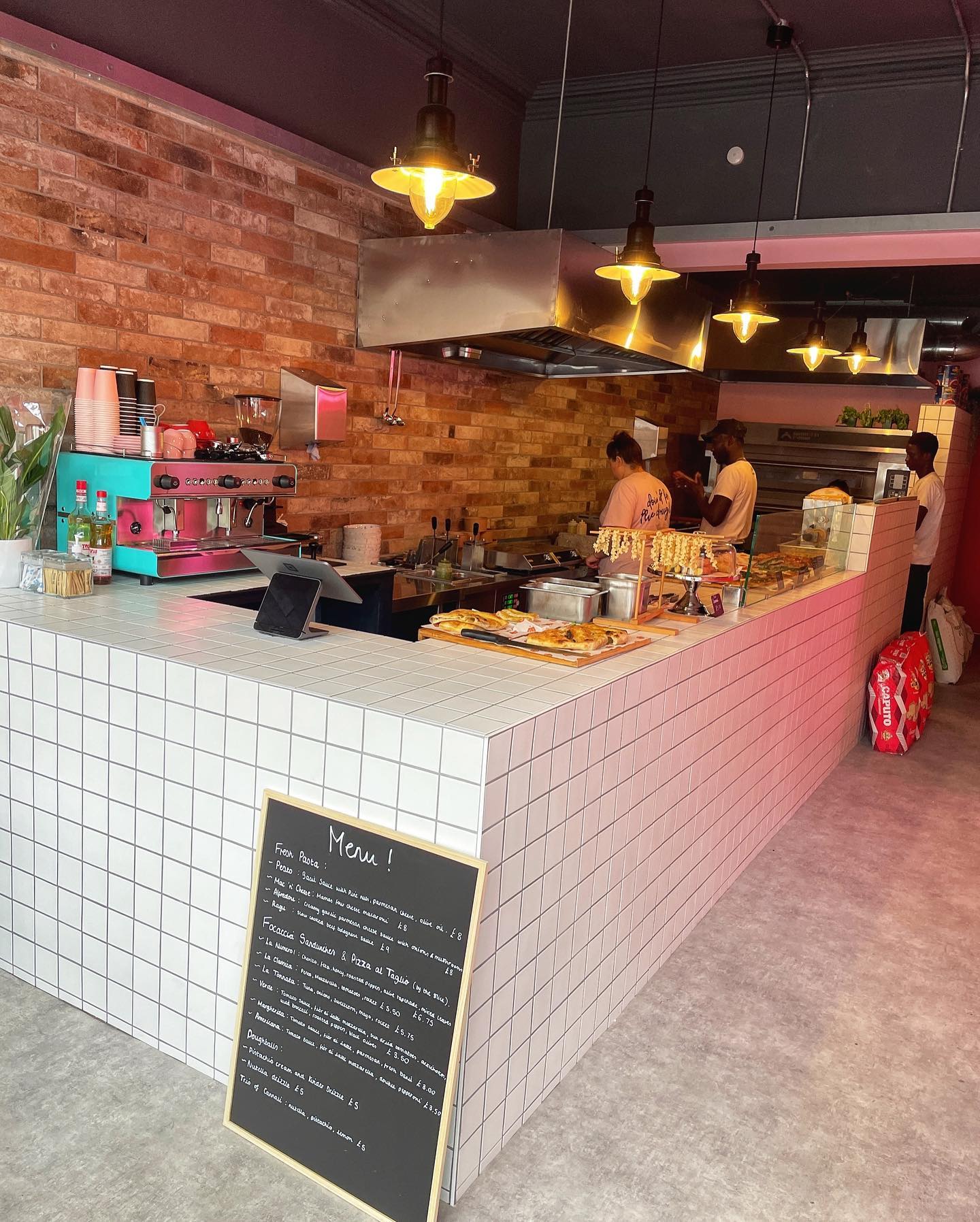 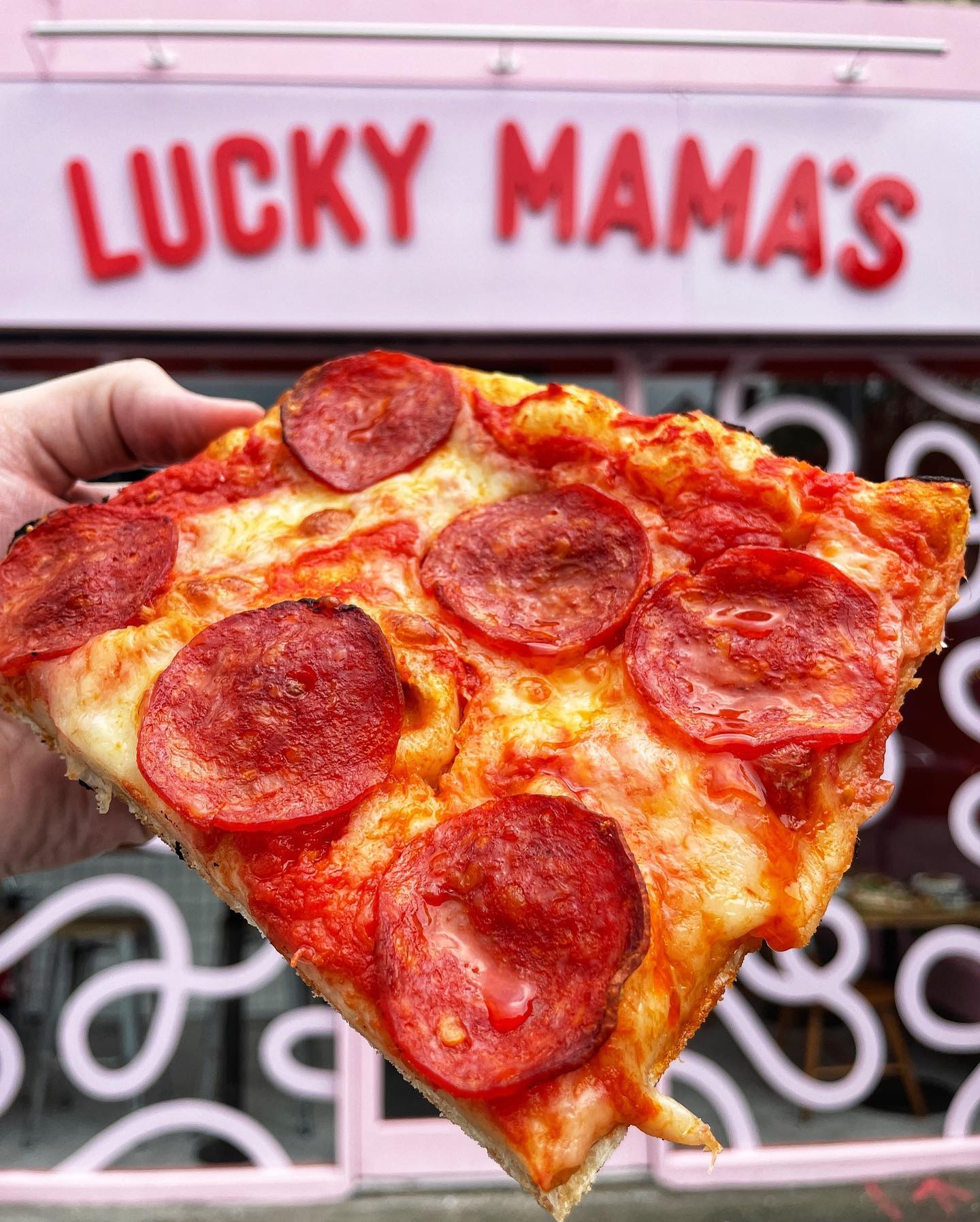 We tried their Americana (from £8.50) which was inspired by the legendary square pizzas at Prince Street Pizza in New York, as well as the Barbacoa (from £9.00) , a particular favourite of Gaby’s who loves a BBQ drizzle.

They only opened their doors this week, so get down and support them over the next few weeks and try out some of their food – you won’t regret it.