Also including 2ft fish and chips, 22 inch margherita and some fiery pakora in Chorlton... 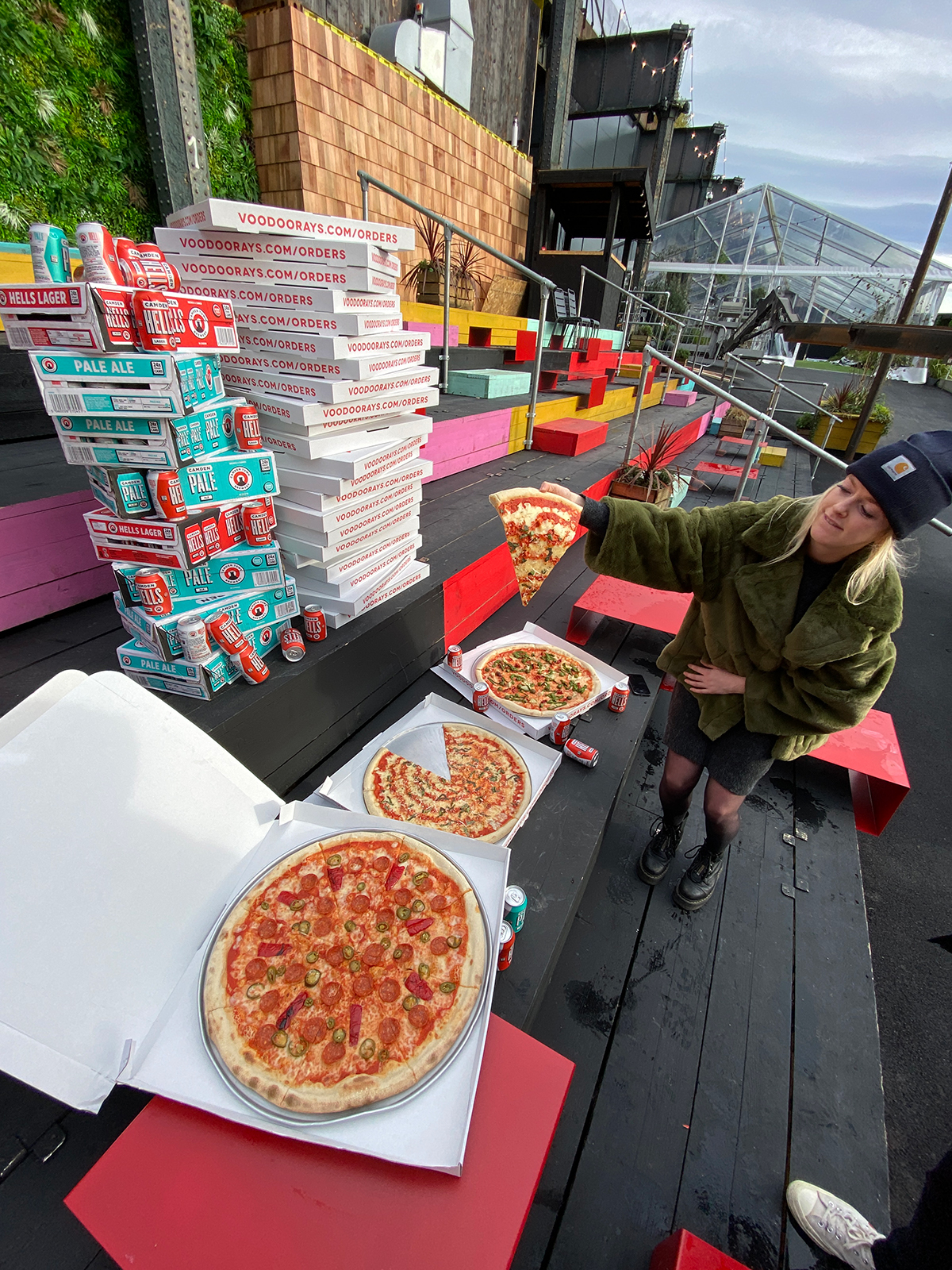 22 Inch Margherita
Voodoo Rays Pizza @ Escape to Freight Island
Great news for all you competition ‘hounds’ out there – we’re currently running one over on our Instagram with Escape to Freight Island – with the chance to win 22 22 inch pizzas and 22 crates of Camden Town beers. Head on there now to enter. Right, done that?! Okay, so for the competition we went down to Freight Island to get some pics and (obviously) tuck into some pizza – and my word they’re good. 22 inches of New York pizza majesty which was quickly devoured by two VERY hungry people. They’re available on Deliveroo if you want one (and don’t win the competition) 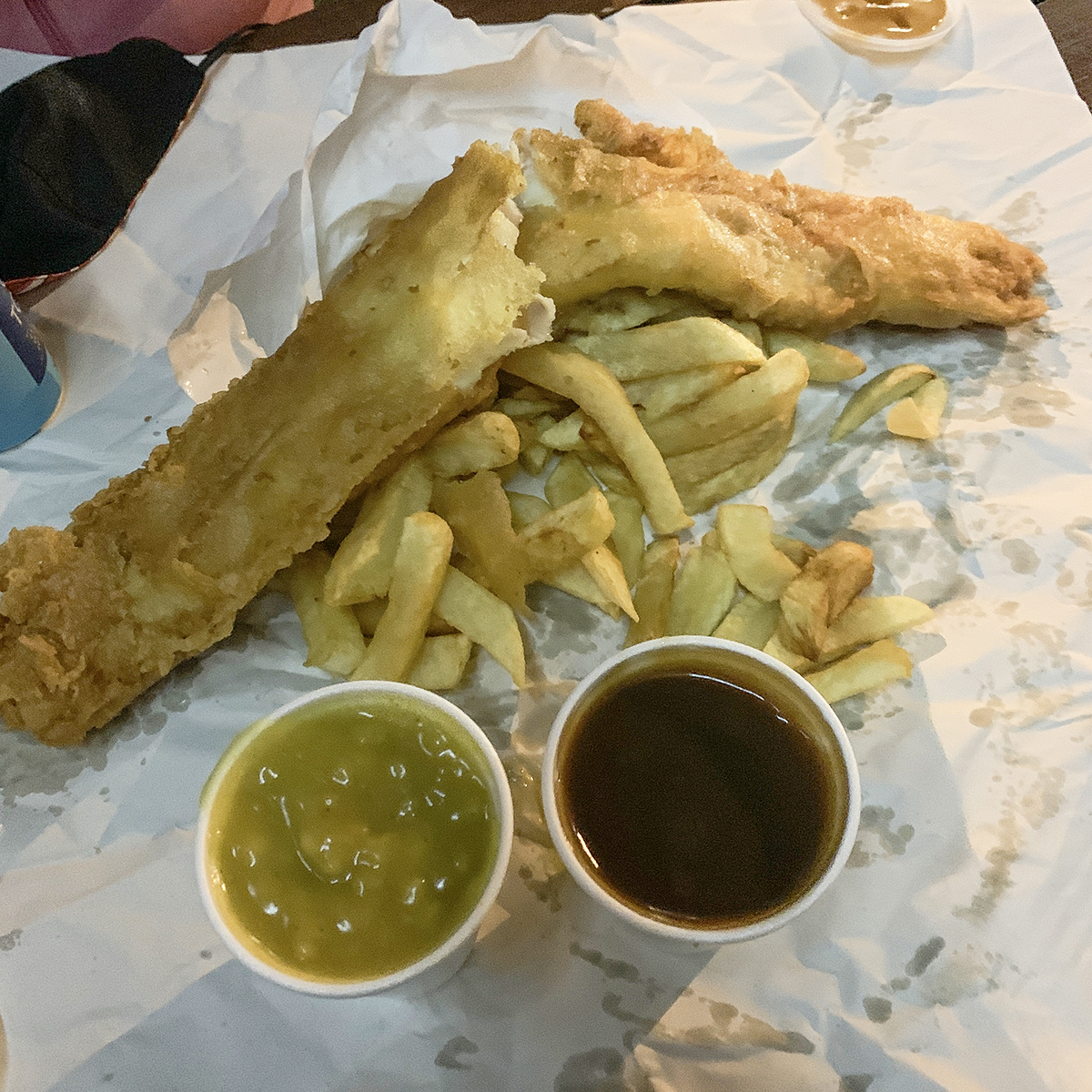 Jumbo Cod & Chips (with gravy and curry sauce)
Armstrong’s Fish & Chips
I’m not usually very impressed by fish and chips from a proper chippy. It may be a rather controversial statement but I think that eating Fish & Chips in a proper pub is A LOT better – usually because it can be enjoyed inside and with a frosty pint on the side. My whole world view was turned on it’s side this week though as I sampled the HUGE Jumbo Cod at Armstrong’s in Shaw. The batter was light and crispy, the fish flaky and tasty, and the chips were absolute perfection. My wife and I ate it on a park bench in the dark, with a pot of gravy and a pot of curry sauce, 4 cans of gin and it was heaven. 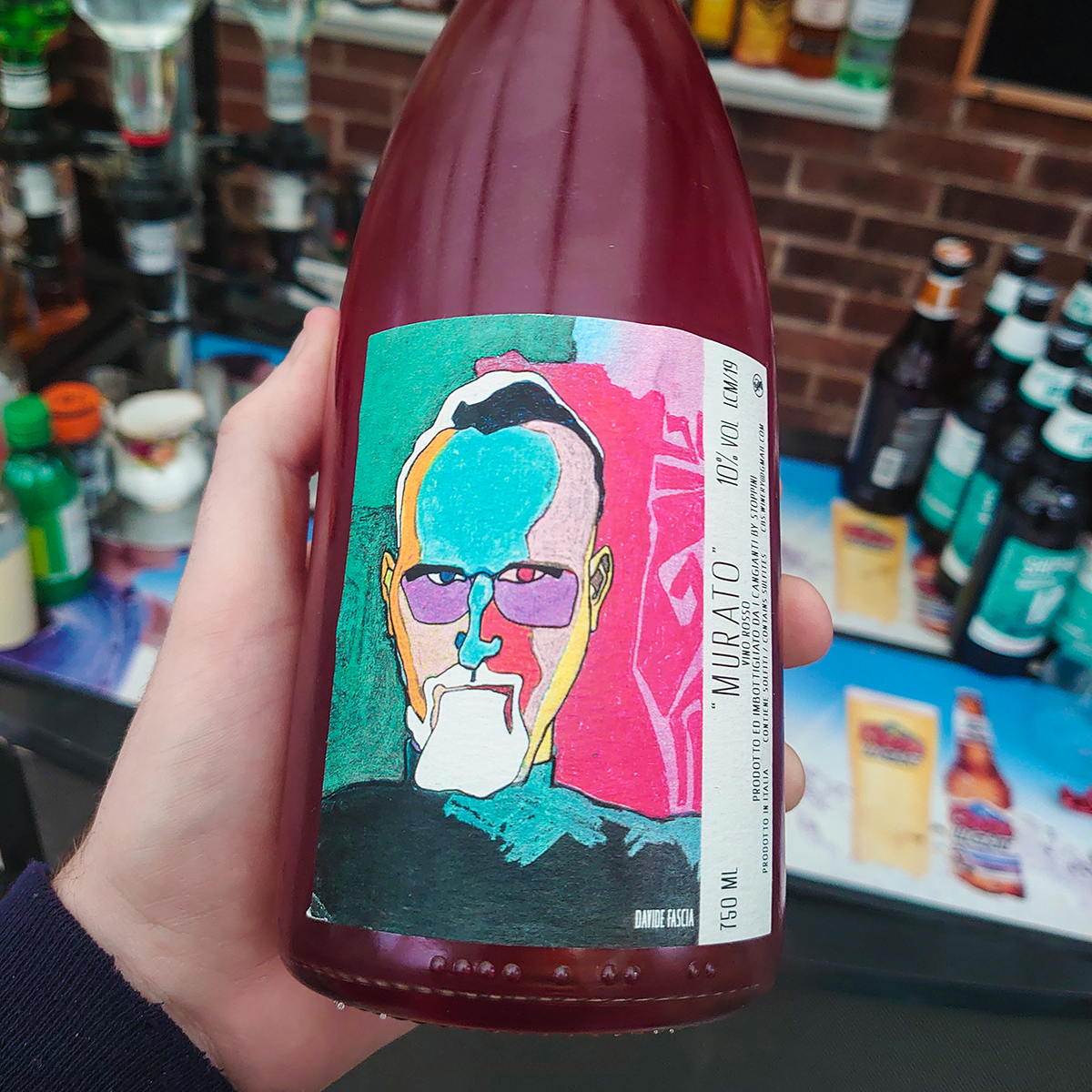 Murato 2019, I Cangianti
Another Heart to Feed
The brilliant in the NQ have dedicated a rather large part of their venue to an impressive range of natural wines, and so after taking a few pictures down there I just had to buy myself a bottle. I went for the Murato 2019 red on recommendation from one of the lovely fellas working in there and my word – it’s good. It’s made in a bloody garage in Italy by the Stoppini family – using proper old techniques meaning it’s fresh, fruity and probably one of the best wines you’ll ever drink. 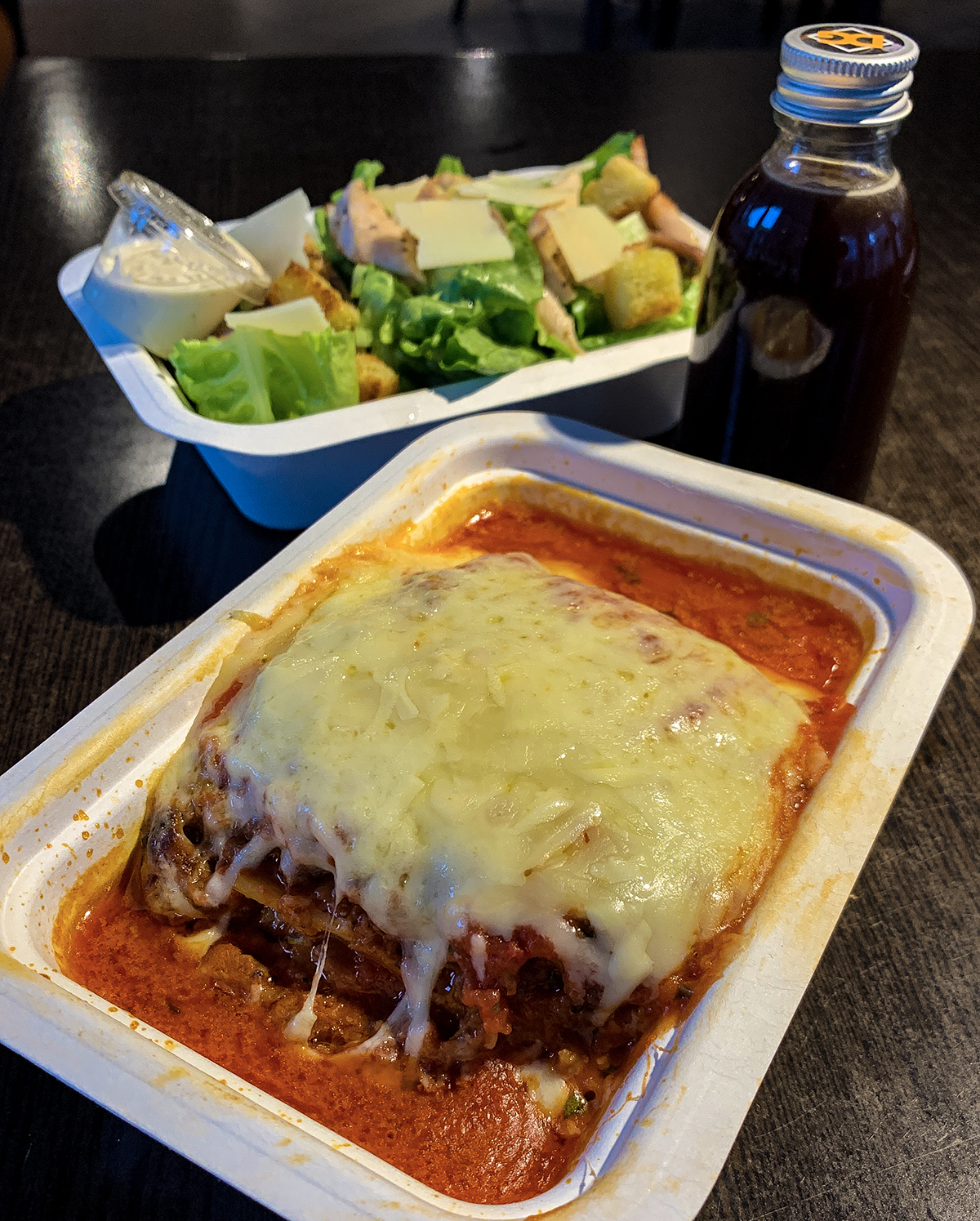 Lasagne
Don Giovanni on Deliveroo
There’s nothing wrong with the classics. They can’t be beaten. When you want a bloody good lasagne and you want it now – there’s nowhere better in the city than it’s oldest independent Italian restaurant. It’s comfort food and it’s delivered piping hot to your door – an absolute life saver this week as I was stuck indoors with a truly stonking hangover after too many bottles of Prosecco the night before. You know what it is – bolognese, bechamel sauce, lasagne sheets, all topped with loads of mozzarella cheese – truly divine. 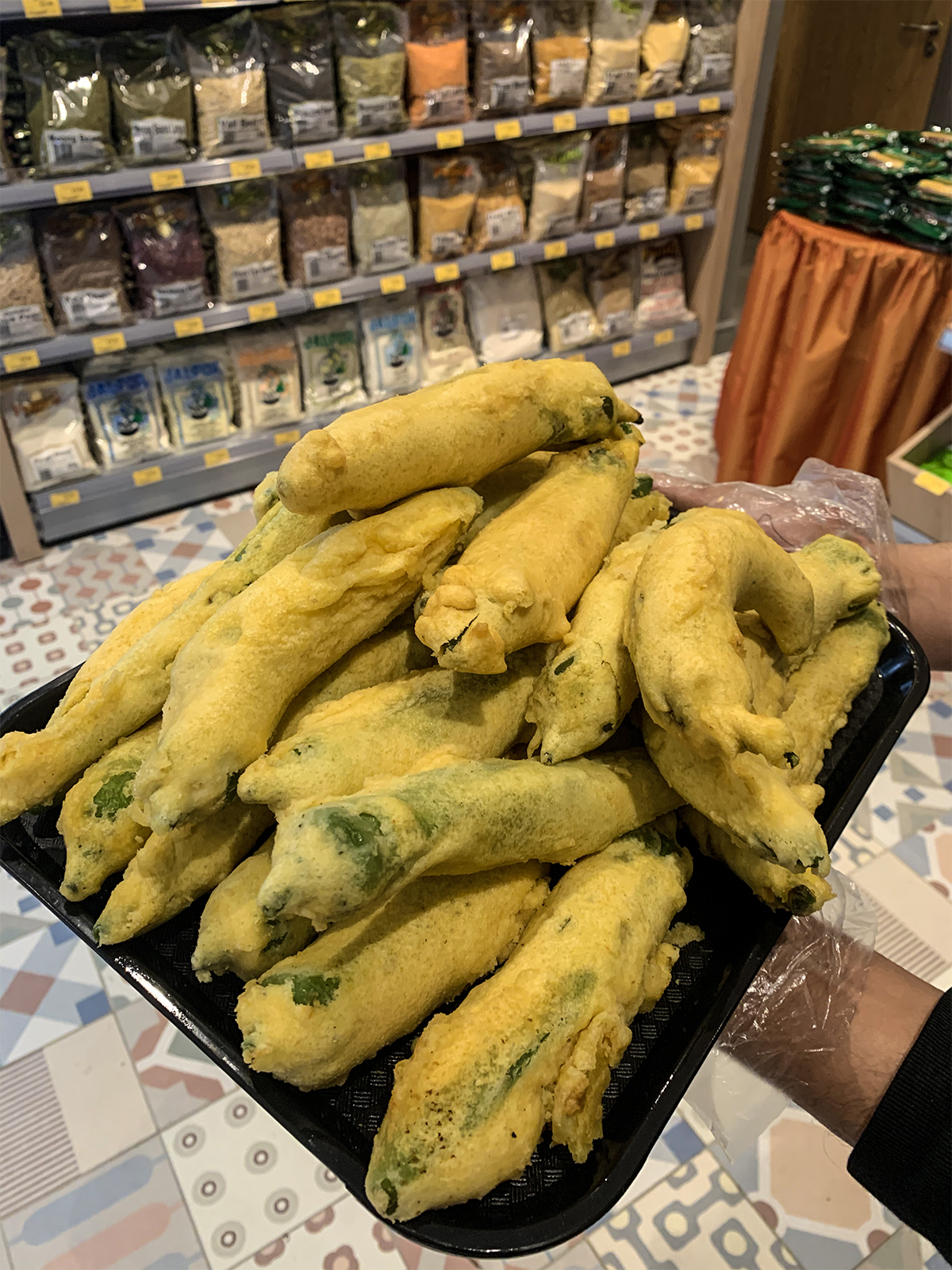 Chilli Pakora
Lily’s Deli, Chorlton
I went down to Chorlton to check out the brand-new Lily’s Deli down there and the place is amazing! They’ve got a massive range of Indian foods and dishes on sale, including these – Chilli Pakora – which I’m okay in saying blew my bloody head off. It’s a deep-fried green chilli and it’s actually really tasty – but with a serious kick later on. I also bought way too much stuff in here (it’s very easy to do) and most of it is still on my kitchen counters because I can’t fit it all in the cupboards. Oops. 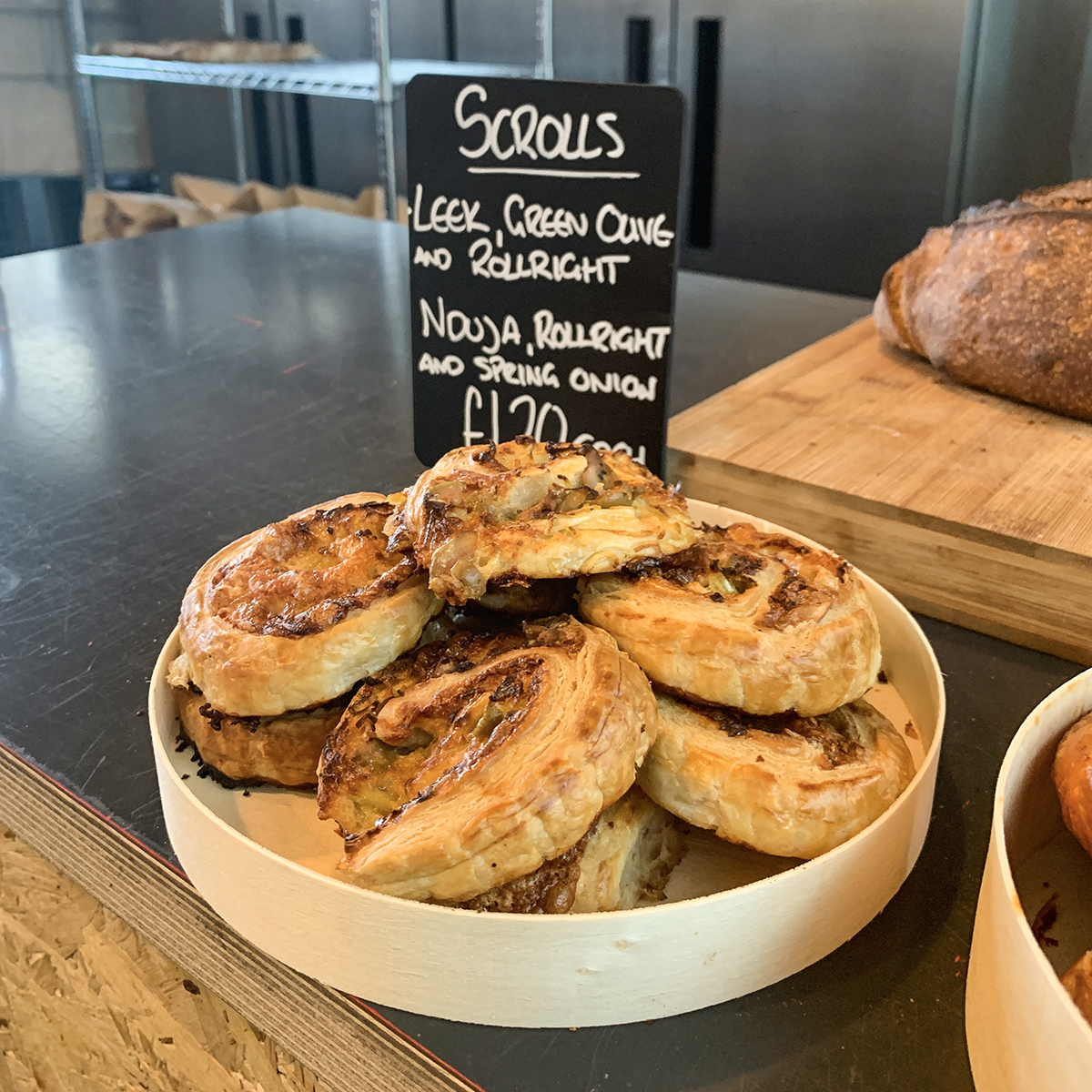 Ndjua, Rollright and Spring Onion ‘Scroll’
3 Hands Deli
A quick visit to the brilliant new deli over on Deansgate Mews on Friday turned into a bit of a greedy gastronomic treat as I tried pretty much every single thing the 3 lads shoved in front of my face. Welsh beef bresaola? Scoffed it. A gorgeous creamy blue cheese? Yes please. A Ndjua, cheese and spring onion pastry? Oh, I’ll have two! These little ‘scrolls’ were mega – baked fresh by chef Julian Pizer, it’s kind of like a Danish pastry but savoury and a million times better. The cheese on it – Rollright – is truly outstanding.

Get 1kg of Cheese Delivered Right to Your Door Every Month