So we did what everyone else would do - we went down for lunch and stuffed our faces!

It’s nice to see that the fantastic food side of the Arndale Market has been encroaching on the opposite side in recent months, with many of the rubbish handbag sellers being booted out and replaced by more independent food traders.

I’m totally happy with this – I’d be more than happy with more food, more drink and more opportunities to stuff my face and thus as a brand new section of the market opened last week they welcomed two of Manchester’s favourite and most impressive traders.

The brainchild of owners Hannah and Lou, Holy Crab have been operating around Manchester and Leeds for a fair few years now, popping up in Hatch as well as taking over many of the city’s establishments for some brilliant Supper Clubs.

They’ve sold their selection of seafood goodies at GRUB, Beermoth, TROVE and Bunny Jackson’s and now they’ve bagged themselves a sweet permanent spot in the Arndale.

As you’d expect from the name, they specialise in seafood related products, with their most notorious signature being their fantastic Crab Balls (£6) that come stuffed with crab, cheese and vegetables.

They’re also pretty well known for their Colchester Pyefleet Pure Oysters (3 for £7) which come fresher than a spring meadow and with a choice of Shallot Vinegar, Soy and Ginger and my favourite, their Bloody Mary Hot Sauce.

As well as the Crab Balls and Oysters the site in the Arndale offer a selection of Brioche Buns (which are perfect for a bit of lunch-time action) – with Crayfish tails in Chipotle Mayo (£6) and Beer battered Smoked Haddock (£6.50) options on offer.

When we went down we tucked into their rather unique Sweet and Salty Crab Fritters (£5), which resembled a sort of doughnut, as they stuff a couple of brioche pockets with crab, deep fry it and sprinkle with sugar. Served with a Brown Crab Mayo, these were crispy, complex and VERY delicious.

Run by ‘Poutine Boys’ Graham and Vincent, Blue Caribou offers up a one of Canada’s only 2 contributions to the food world after Maple syrup.

If you don’t know what poutine is then where have you been for the past 4 years? Seemingly popping up out of nowhere, everyone went a bit crazy of poutine when it appeared – all the while most of the people who I went to school had been doing it all the way back in 1997.

In its simplest terms it’s Chips, Cheese and Gravy, but the lads at Blue Caribou certainly aren’t making things simple – and it’s all the better for it.

First of all, their chips are fantastic – crispy double-fried skin-on sticks of heaven, which are topped with 100% organic Quebec style cheese curds from the Forest of Bowland.

Finally, they throw on some thick gravy and then whatever else you desire.

There’s A LOT of options available at the Arndale Market including La Galvaude (£7.50) with roast chicken and petit pois, La Coreenne (£7.50) with Sriracha aioli, Japanese mayo, tempura seaweed, kimchi and spring onions and the brilliant La Reuben’s (£7.50) topped with pastrami, pickles and mustard.

Not just this, they also serve up a range of sides including some amazing Maple Butter Fries (£4) which are tossed in maple butter and dusted with smoked salt and the Les Pogos (£4.50) a polenta version of corn dogs served with French’s mustard and a maple chipotle mayo.

I’ve already been back since – this is not going to be good news for my waistline.

Blue Caribou and Holy Crab are open NOW. Get yourself down to the Arndale Market and get involved. 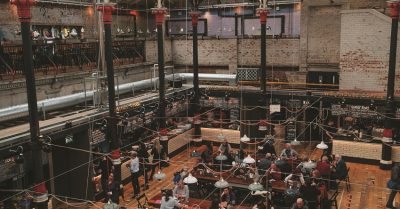 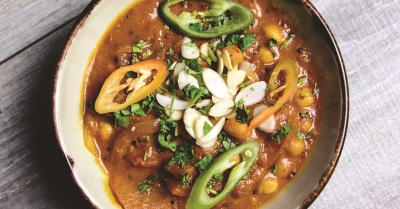 Get Ready for the Manchester Cookbook Second Helpings 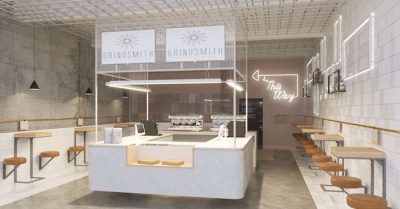