Atlas is BACK, with a swanky new look, and the same great terrace and massive selection of gins... 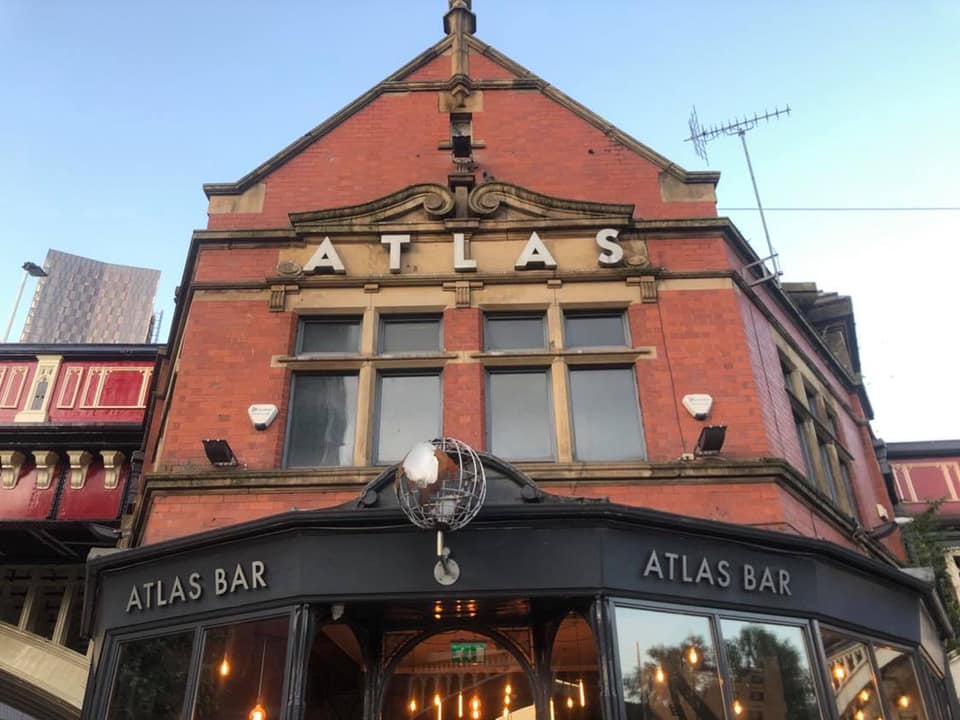 It doesn’t look like people’s love of gin is going anywhere any time soon, which is only understandable for a drink that has been watering people since the early days of the Victorian times.

We’re absolutely spoiled for choice for Mother’s Ruin here in the city, with any bar worth its mettle offering up a decent selection of small-batch or artisan gins alongside the classic Gordon’s, Tanqueray and the odd bottle of Beefeater gathering dust at the back of the bar. 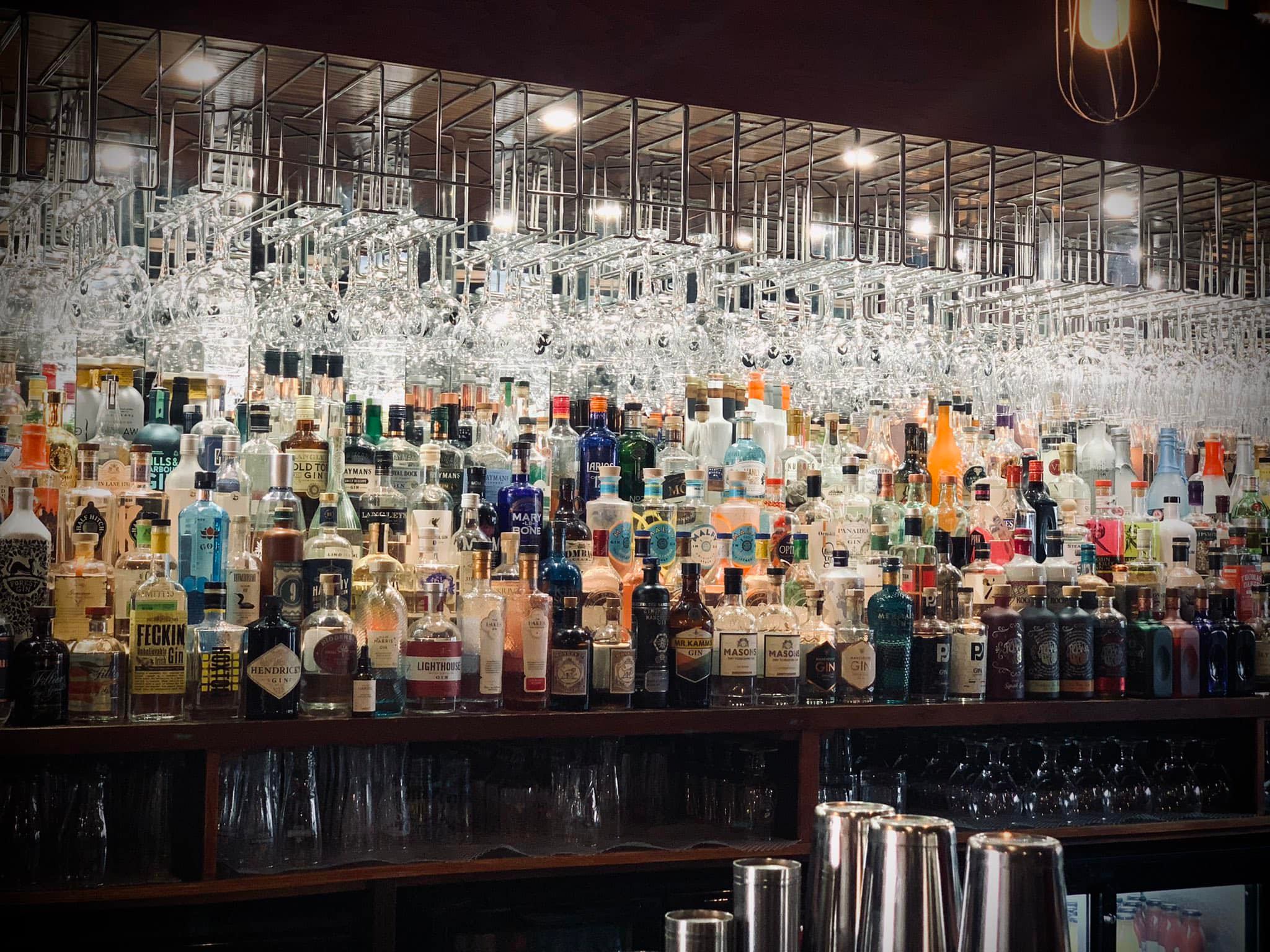 Surely the supreme champions of gin in the city must be Atlas, an iconic Manchester bar which has been offering up an impressive range of gin for over 20 years. They now stock over 570 different bottles of the stuff, from standard classics to some of the more obscure creations that have appeared over the last few years.

On top of ALL of those gins, they also offer up an increasing number of tonics to pair them with – it’s not just a case of pouring a little bottle of Schweppes on there anymore – there’s a real science to pairing the two classics together nowadays. 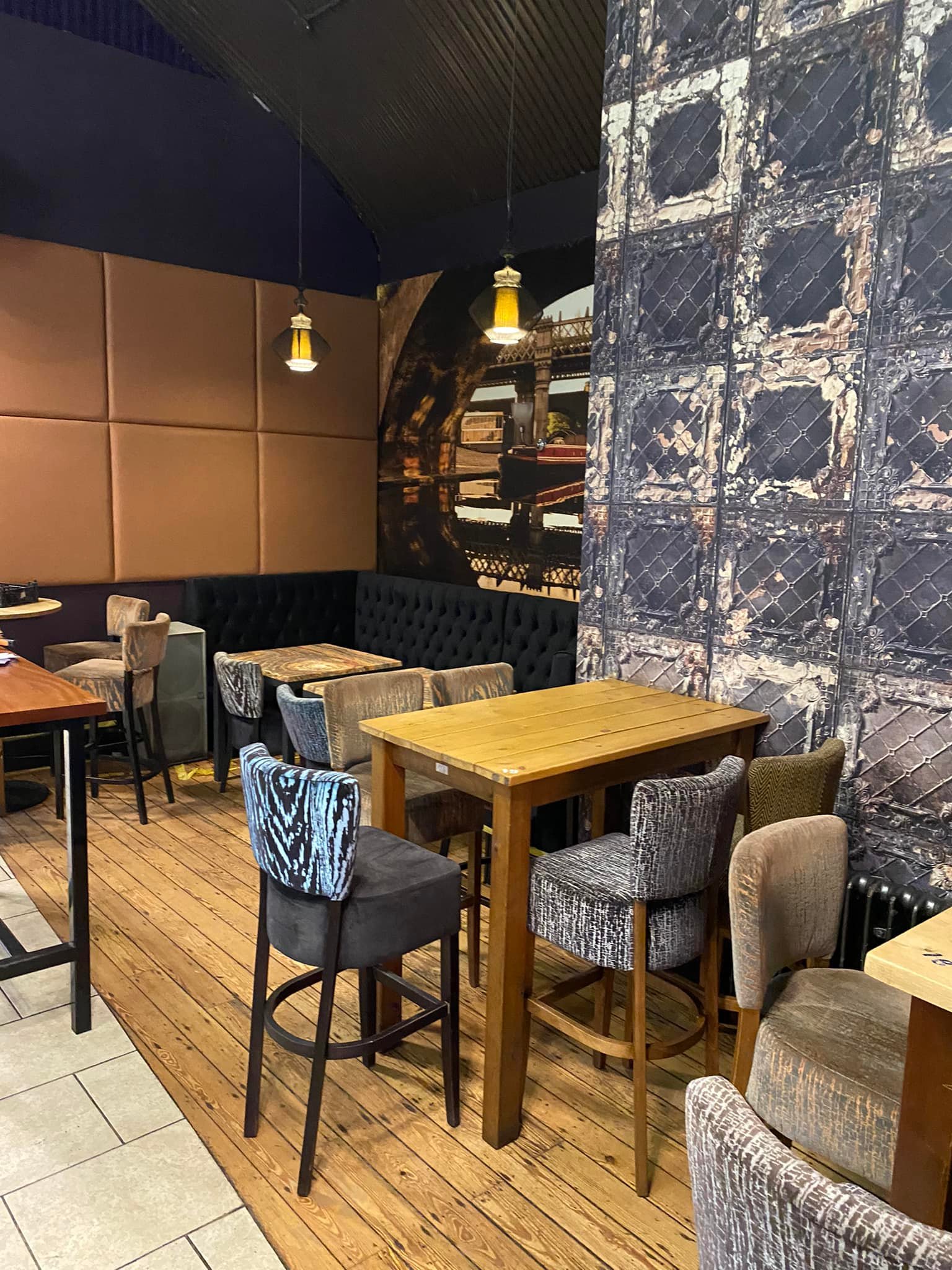 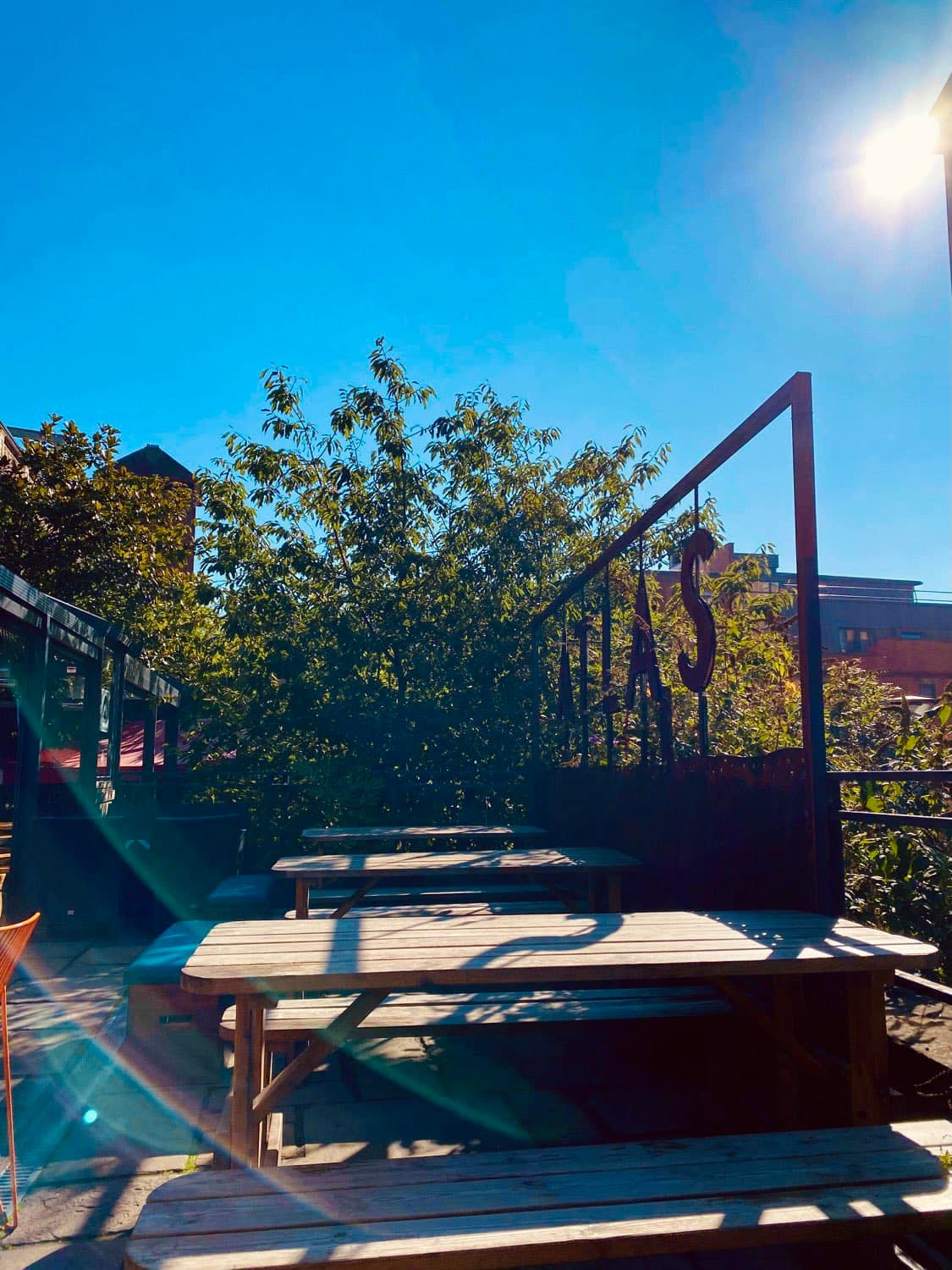 Atlas are also famed throughout the city for their outstanding terrace round the back, one which seemingly gets more sun on a day than most places in the city get in a year, and is also heated and covered for some serious winter gin drinking.

It’s not just gin that they serve here though, there’s also premium wines, beers and even tea and coffee throughout the day, that go perfectly alongside their food menus – breakfast, lunch and early evening – all prepared fresh daily by their resident chef, Ross; ex Arbutus and Harvey Nichols. 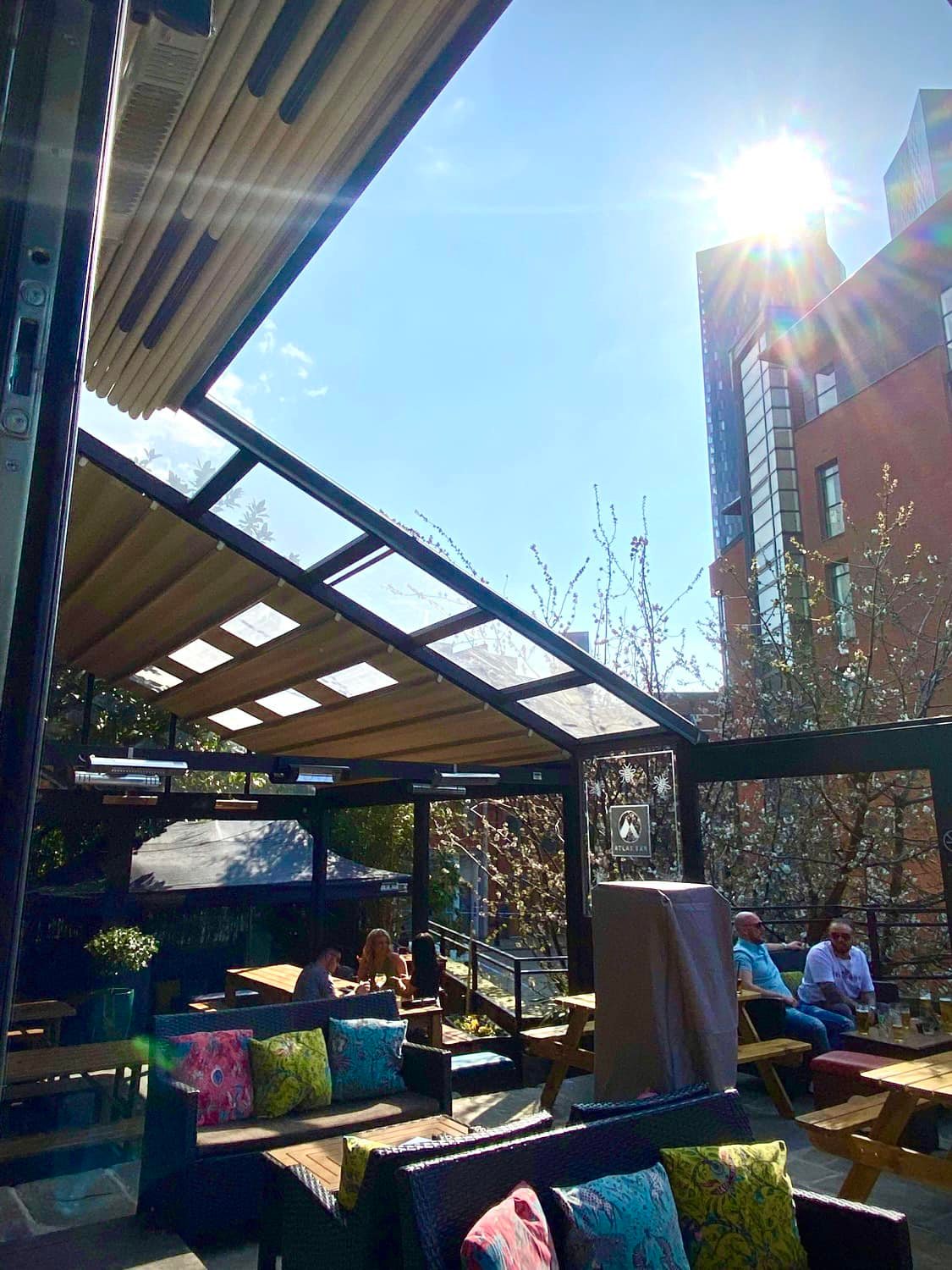 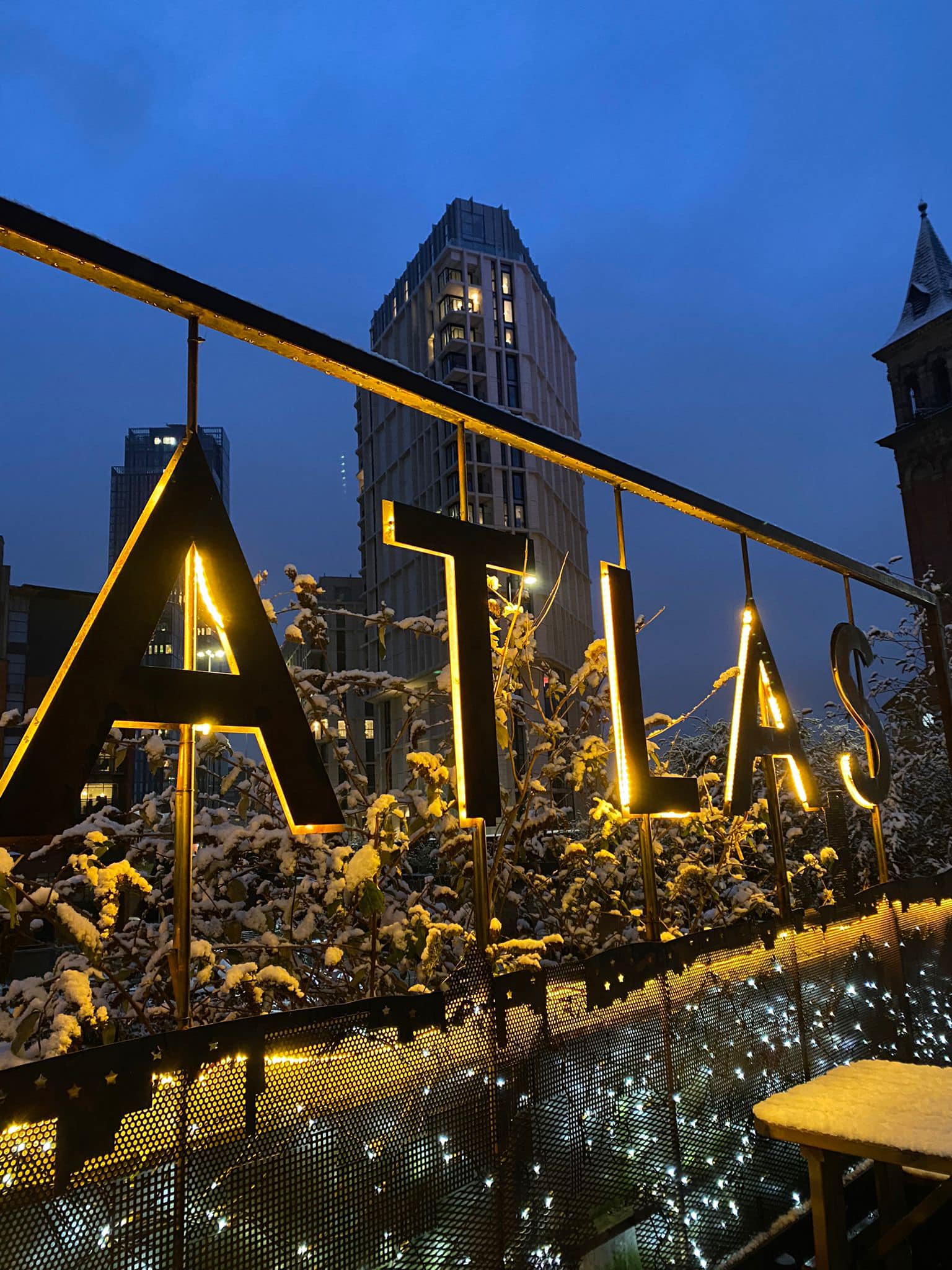 This week they finally re-opened after a month-long refurbishment and it looks fantastic – the perfect excuse to head down and visit this great Mancunian institution once again.